California has the highest quantity of mountains in the lower 48 states – 6,106 named mountains altogether. The formation of California’s mountain ranges is attributed to major tectonic activity, bur geographic features are considered undeveloped in geologic terms and mountains are continuing to form and grow today. 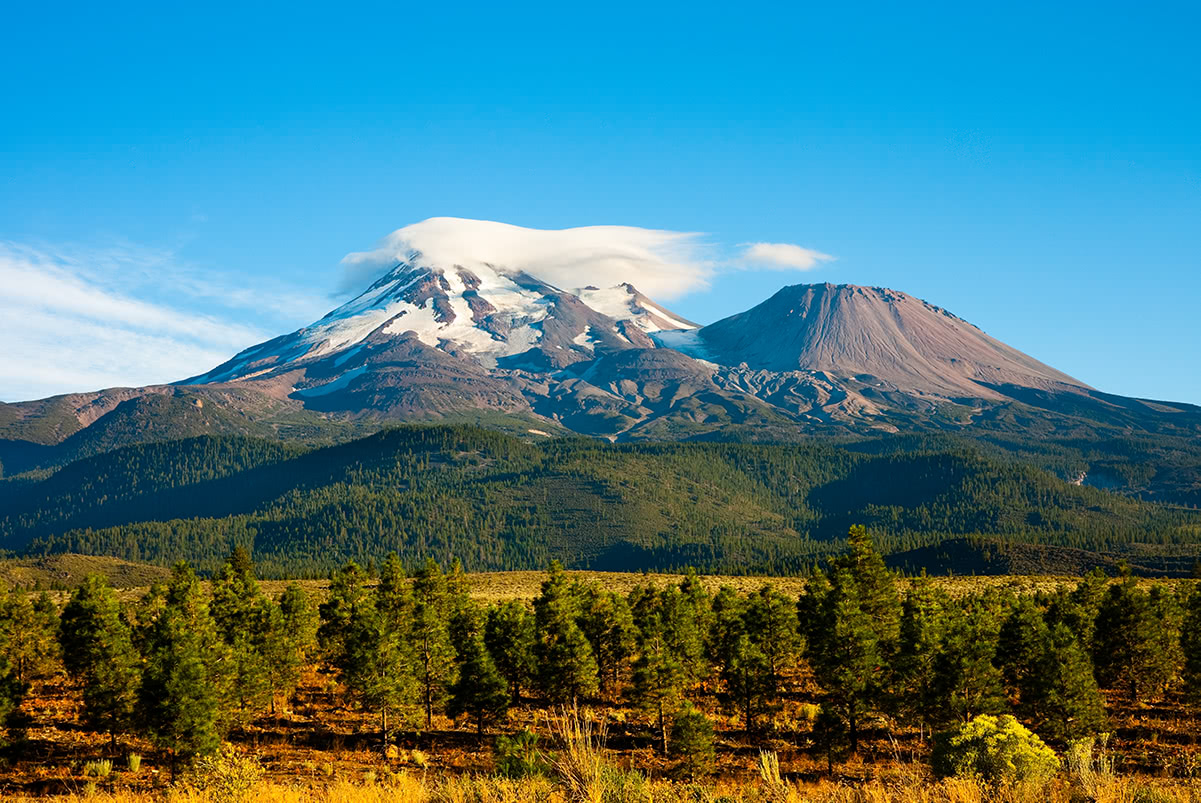 Each of these geomorphic provinces include a diverse set of mountain ranges, but some are more extraordinary than others. Cascade Range, Coast Ranges and the Sierra Nevada are the most popular in Northern California, while the Traverse Ranges and Peninsular Ranges are more popular in Southern California.

California boasts of rich and diverse natural landscapes. It is the home to scenic beaches, craggy peaks, isolated islands, one of the hottest deserts in the world, and the trees that are considered to be the tallest and the largest by volume. Unsurprisingly, California has nine National Parks (out of 62 US total), more than any other state in the USA. The largest state of Alaska is the second scoring only eight National Parks so far.

The 9 National Parks in California include:

Mount Whitney is California’s most popular fourteener. The Mt. Whitney trail is a well-maintained, 11-mile out and back footpath that begins at 8,360 ft and continues to approx. 14,498 feet - a total elevation gain of 6, 137 ft. There are over a dozen routes to the summit, for varying levels of hikers. A permit is required.

Mt. Langley is the southernmost of all the California 14-ers and has an incredible vantage point of the Southern Sierras. Mt. Langley is considered to be a great starter climb for those interested in acclimating to fourteen thousand-foot peaks. The peak can be easily accessed via the Cottonwood Lakes Trail, a 19-mile trail, which sits at 10,000 ft.

Thousand Island Lake Loop, is a 22-mile trek that overlaps with two of the most iconic thru-hikes in the states: The Pacific Crest Trail and John Muir Trail. However, you don’t need to travel the whole trail to experience some of the best wilderness in California. From the High Trail you can catch a glimpse of craggy summits Mt. Ritter, Banner Peak and the Minarets in as little as 3 miles. Continue on for 7.8 miles to experience an unobstructed view of the 12,945-foot Banner Peak.

Lassen Peak is a 6-mile round trip trek up to the 10,000-foot summit in Lassen National Park. It only requires 2,000 feet of elevation gain, because the trail starts at 8,000 feet. From the top you can see all the way to Mt. Shasta.

Mount Baldy, also known as Mount San Antonio, is a Southern California icon located in the San Gabriel Mountains. An 11-mile out and back hike and 3,800 feet of elevation, will take you to two peaks: one at 10,064 feet and a sub-peak at 9,988 feet. The high attitude and easy access makes this a popular hike to train for other fourteeners, like Mt. Whitney.

San Gorgonio is a challenging 18.5 mile out and back hike that brings you to the highest peak in Southern California. San Gorgonio is the only mountain that can be seen from Mt. Whitney, 190 miles away. The San Gorgonio hike is a technical climb, so it’s recommended that you hike San Jacinto or Mount Baldy, first.

California has 15 mountains that extend beyond 14,000 feet, all – except for two – are located in the Sierra Nevada Range.

Several areas in California are popular tourist destinations, but these are the top three:

Los Angeles is the second most populated city and metropolitan area in the United States. The city is located in a large basin surrounded by the Pacific Ocean and both the San Gabriel Mountains - home to Mt. San Antonio - and the Santa Monica Mountains. Los Angeles boasts over 75 miles of coastline and several accessible hiking trails.

In addition to being the entertainment capital of the world, Los Angeles is well known for its idyllic weather and Hollywood stardom. The city offers a variety of tourist attractions which include over 100 museums, Universal Studios, The Hollywood Walk of Fame, The Getty Center and Venice Beach.

At the base of the Santa Monica Mountains, you’ll find the 1,600-foot-tall peak of Mount Hollywood, where you’ll see the famed Hollywood sign and the Griffith Observatory. Los Angeles is known to be a cultural mecca and has hosted the Summer Olympics, twice. It comes as no surprise that more than 47 million people visit the city, annually.

San Diego is often considered the “birthplace of California” and offers over 70 miles of pristine beaches along the Pacific Ocean. The city has approximately 200 deep canyons and hills separating its various mesas, which create idealistic pockets of natural, open space.

San Diego’s large city limits include many natural preserves, including Torrey Pines State Reserve - a 2,000-acre coastal state park located in the community of La Jolla. Interestingly, it also has one of the highest counts of animal and plant species that appear on the endangered species list in the United States.

Located on a peninsula between the Pacific Ocean and San Francisco Bay, San Francisco is one of the most popular tourist destinations in California. The city offers breathtaking views of the San Francisco Bay, a drowned river valley that was submerged during the melting of the last glacial ice sheet, and the famed Golden Gate Bridge (which is actually red).

San Francisco is best known to be a city where contemporary art and culture merge to form a hilly, uniquely featured city surrounded by mountains and coast. Noteworthy San Francisco attractions include Alcatraz, a rocky island in San Francisco Bay that once served as a federal prison, Pier 39, Golden Gate Park, Lombard Street, and a variety of contemporary museums.

Despite having quite a southern character, the state is well compensated by an altitude difference of the terrain. California boasts numerous ski resorts for all tastes and skill levels. Most of the ski areas are clustered northeast of San Francisco around Lake Tahoe and northeast of Los Angeles in the San Gabriel and San Bernardino Mountains. Those and many other ski resorts are present in the PeakVisor app and provide real-time status information about open lifts and ski runs.

Mount Shasta Ski Park is the northernmost ski resort in California at the foot of iconic Mount Shasta.

The largest cluster of ski resorts in California surrounds Lake Tahoe close to the border with Nevada.

Farther south of Lake Tahoe there are several smaller resorts:

Moving further south close to Yosemite National Park one can find such gems of ski resorts as:

The southernmost Los Angeles cluster of ski resorts is comprised of:

Finally, China Peak Ski Area is worth mentioning. It is situated on the slopes of Chinese Peak which was named after Yung Lee, a local Chinese shepherd. 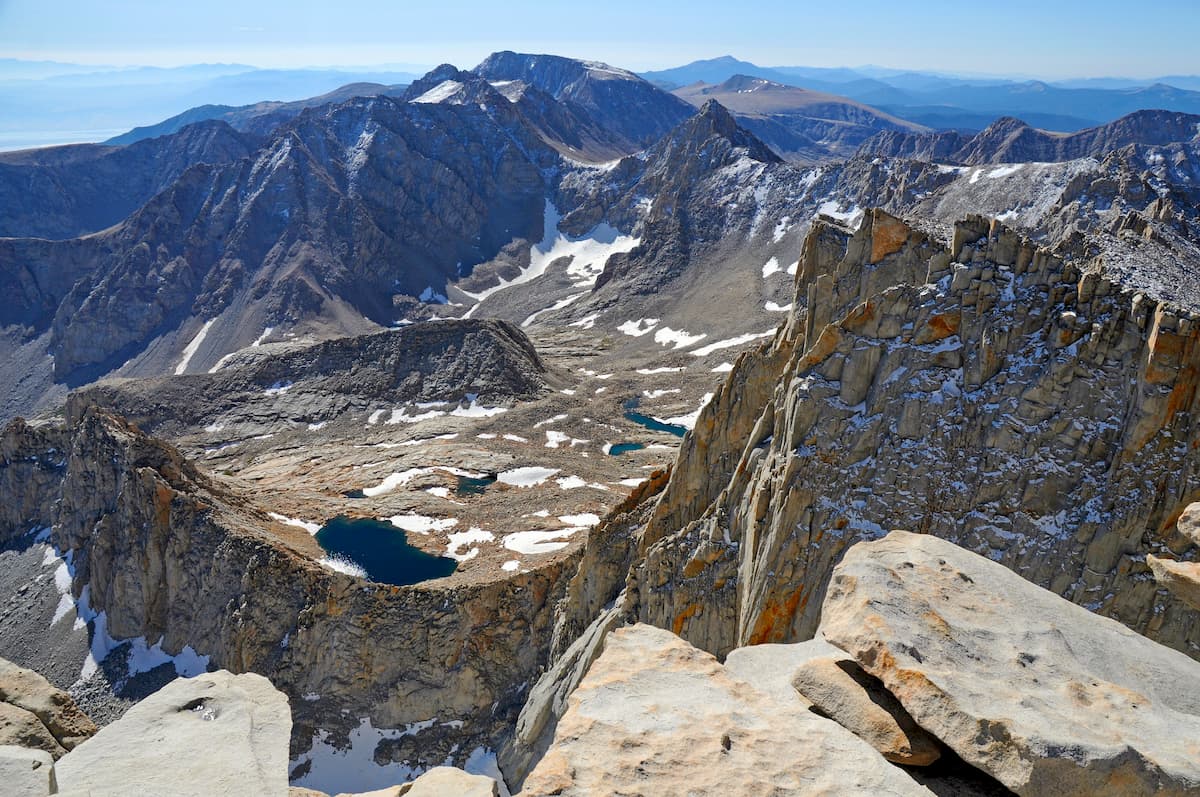