Known for its stunning scenery and amazing collection of trails, the Hoover Wilderness is a federally protected area comprising some 76 square miles (197 sq. km) of land in the eastern part of the US state of California. The Wilderness is home to 37 named mountains, the highest and most prominent of which is Mount Conness (12,569ft/3,831m). 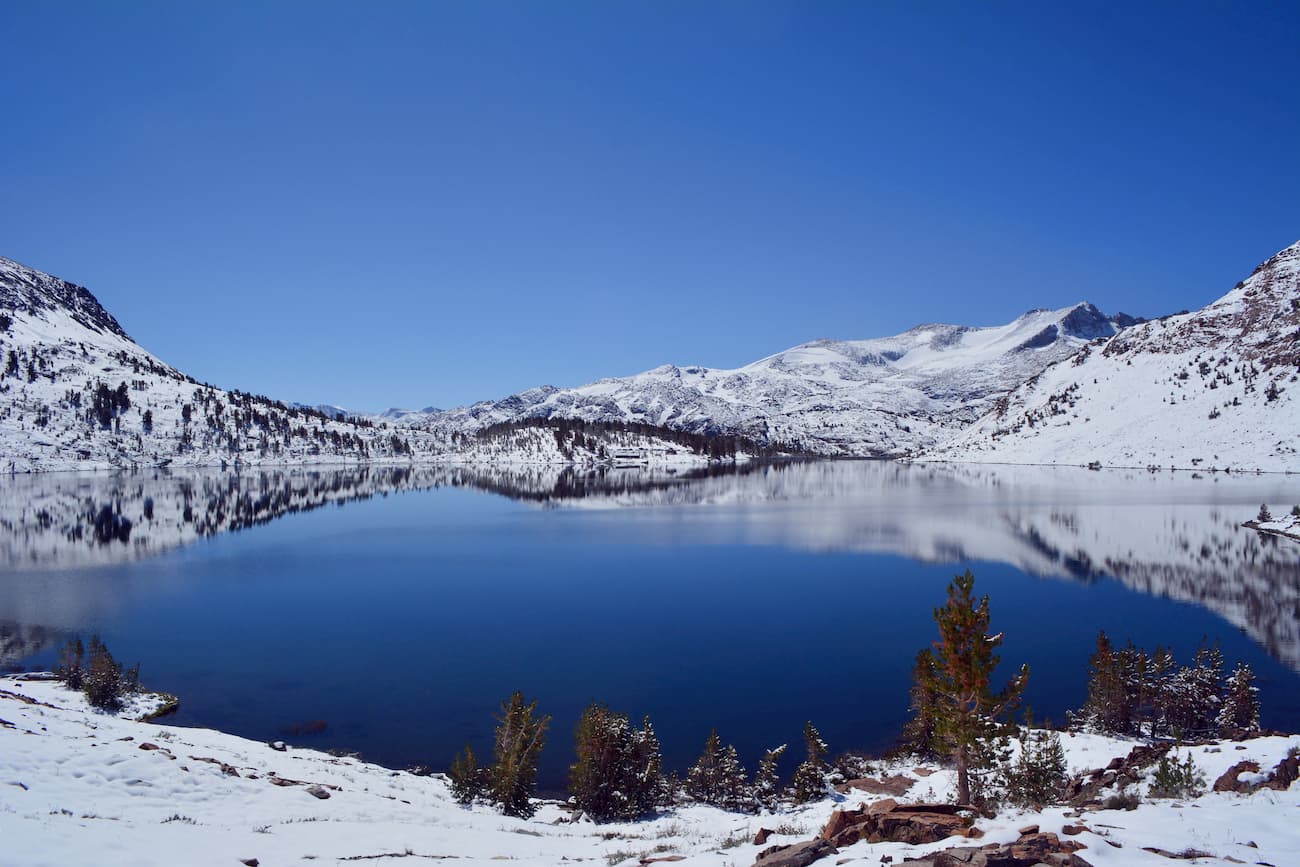 The Hoover Wilderness is managed by both the Inyo National Forest and the Humboldt-Toiyabe National Forests. It is located just to the east of the crest of the central part of the Sierra Nevada near California’s border with Nevada.

Stretching from around Sonora Pass to the north toward Tioga Pass in the south, the Hoover Wilderness encompasses part of both Mono and Tuolumne Counties. The Wilderness is located in a heavily mountainous part of California that is mostly managed as federal land.

The Hoover Wilderness is part of the Sierra Nevada Range with which it shares its geologic history. Between the late Devonian and Permian periods, the subduction of the Farallon Plate below the North American Plate created an arc of volcanoes in the region, which were later covered by further volcanic activity during the Jurassic.

This regional vulcanism started the formation of the Sierra Batholith, a massive collection of plutons that would later be uplifted during the Nevadan Orogeny and Sevier orogeny. About 10 million years ago, movement along the Sierra fault started the uplift of the modern Sierra Nevada Range into the mountains we see today.

However, some of the region’s most iconic granitic structures were carved out by the glaciers of the Pleistocene. This extensive glaciation exfoliated the rocks, creating the rounded domes and massive valley floors typical of the central part of the Sierra and the greater Yosemite area.

The Hoover Wilderness has relatively little forest, especially when compared to other parts of the eastern Sierra. It has scattered stands of pine, hemlock, and aspen on its steep slopes. But, the region is known for its abundance of wildflowers, particularly in and around its scattered meadows.

The wildlife of the region is surprisingly diverse, despite the Wilderness’ high elevation. Some of the most recognizable species include marmot, pika, black bears, and Sierra Nevada bighorn sheep.

Additionally, the region experiences regular wildfires, which are a natural occurrence in the eastern Sierra. One of the largest fires in the area was the 2013 Rim Fire, which was the third-largest in recorded California history. It burned nearly 500 acres of habitat for wildlife and caused almost $2 billion in damages and lost revenue.

People have inhabited the area in and around the Hoover Wilderness for at least the last 8,000 years. The Ahwahnechee were the traditional inhabitants of the Yosemite Valley area, though the Sierra Miwok frequented the area for trading purposes.

The native people of the eastern Sierra were violently pushed off their land as a result of the California Gold Rush in the late 1840s. During the 1850s, the Mariposa War broke out, as European-Americans encroached further on the territory of the native people of the greater Yosemite area and the region that would later become the Hoover Wilderness in search of gold.

Nearly a century later, the Hoover Wilderness was one of the earlier large parcels of land to be formally protected in the United States. It was originally designated as a Primitive Area in 1931. Later, it became a Wilderness Area after the passing of the 1964 Wilderness Act.

The Hoover Wilderness is less frequently visited by tourists in relation to the famous Yosemite National Park. Thus, it offers hikers a chance to visit some of the most iconic landscapes of the Sierra with fewer crowds than what you’d find in the nearby National Park.

However, the Wilderness is still incredibly popular and permits are required year-round for overnight stays in the area. The National Forest has a quota system in place for trailheads throughout the summer months and advanced reservations are highly recommended for any visitors during this time.

The Hoover Wilderness is home to a great network of trails. Here are some of the most popular options:

The Twenty Lakes Basin Loop is a 7.8 mile (12.6km) trail that starts at Saddlebag lake and traverses a landscape dotted with stunning alpine lakes. The trail also offers good views of Mount Conness and North Peak and is a good option for people who are still acclimatizing to the high elevation of the region.

The Virginia Lakes Trail is a 10 mile (16km) out and back trail that climbs over Burro Pass to visit a number of alpine lakes, including the scenic Summit Lake. The trail provides hikers with excellent views of Dunderberg Peak, Black Mountain, and Camiaca Peak along the way. Keep in mind, though, that this trail is very popular, especially among locals, so you won’t get much solitude near Summit Lake.

The Lundy Canyon Trail is a popular hiking destination in the Eastern Sierra because of its great collection of waterfalls and lakes. This trail is a 5.3 mile (8.5km) out and back trail that’s suitable for hikes of all ability levels. It traverses a steep canyon between Excelsior Mountain and Mount Scowden and provides fantastic views along the way to Lundy Lake.

Looking for a place to stay near the Hoover Wilderness? Here are some of your best options:

Mammoth Lakes is a town of over 8,000 people located just south of the Hoover Wilderness. The town is situated to the east of Mammoth Mountain and is a well-known destination for outdoor enthusiasts. The town has a small airport that provides regular service to Los Angeles and seasonal connections to both San Diego and San Francisco.

The town of Bishop is home to over 3,800 people and is located at the northern end of the Owens Valley. It is a famous climbing destination, owing to its large collection of boulders just outside the town. The town is located along US Route 395, which offers good access to the Hoover Wilderness.

South Lake Tahoe is located at the southern end of Lake Tahoe and is home to over 20,000 people. The city is a popular outdoor recreation destination due to its proximity to Lake Tahoe and Heavenly Mountain Resort. South Lake Tahoe does not have an airport, but it is a short drive to Reno, which offers good transport links around the country.

Reno is the second-largest city in the state of Nevada, with a population of over 225,000 people. The city is just 2.5 hours north of the Hoover Wilderness along US Route 395. It has a major international airport that services flights around the United States. 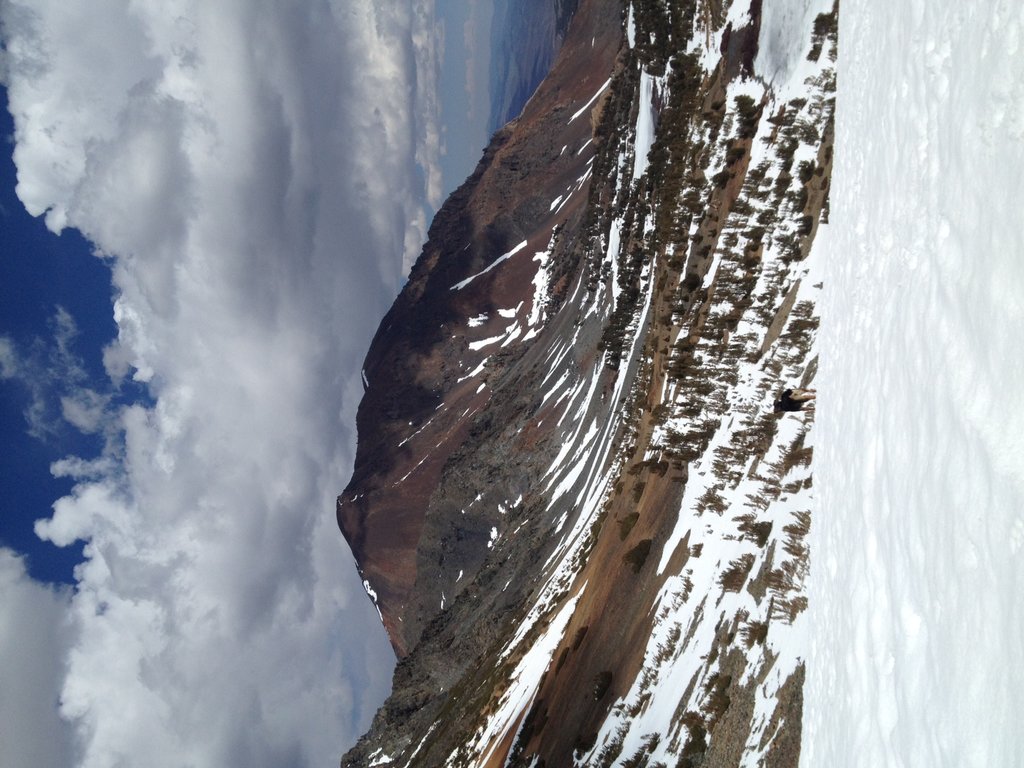