Home to 20 named mountains, the highest and most prominent of which is Leavitt Peak (11,549ft/3,290m), the Emigrant Wilderness is a well known outdoor recreation area with some of the most stunning landscape in the American West.

The plutons that created the batholith formed between 115-87 million years ago. Then, about 20 million years ago, that the Sierra Nevada started to take shape. During a period of crustal extension in the nearby Basin and Range Province to the east, the Sierra experienced extensive volcanism.

Some 10 million years later, a section of the Earth’s crust between the Coast Ranges and the Great Basin Ranges started to rise and tilt to the west, forming much of the Sierra Nevada. Eventually, rivers started flowing through the region carving out deep canyons.

However, the Sierra Nevada that we see today are the result of large-scale glaciation in the region, starting some 2.5 million years ago. During the Pleistocene glaciation, massive sheets of ice carved out the uppermost sections of rock in the Sierra, forming the huge U-shaped valleys, cirques, and alpine lakes now characteristic of the region.

These days, the Emigrant Wilderness features a number of stunning volcanic peaks and ridges, as well as large meadows and glistening alpine lakes. The elevation of the area varies between 5,000ft (1,500m) and just over 11,570ft (3,527m), so it is one of the highest regions in the eastern Sierra.

The Emigrant Wilderness is located on the eastern edge of the Sierra, which means it lies in the rain shadow of many peaks to the west. The area generally receives just 50in (1,300mm) of precipitation each year, the vast majority of which falls as snow. This is less than what you’d find in the northern Sierra but more than the annual precipitation rates even further east of the Wilderness.

While the Emigrant Wilderness does not receive a huge amount of rainfall, its watersheds to drain to both the Stanislaus and Tuolumne Rivers. The landscape in the region is dominated by forests of pinyon pine and juniper at lower elevations, while ponderosa, Jeffrey, lodgepole, and whitebark pine are found at higher locales.

As far as wildlife goes, the Emigrant Wilderness and the eastern Sierra are home to black bears, bald and golden eagles, coyotes, and even mountain lions. Although campers in the Emigrant Wilderness are not required to use bear canisters, they are highly encouraged to store their food correctly to prevent unintended interactions with the local bear population.

The region that is now the Emigrant Wilderness has been inhabited by humans for at least the last 10,000 years. While the land has been home to a number of different groups during this time, the Miwok and the Piute people of the Great Basin are the most recent inhabitants of the area.

However, with the discovery of gold in California in 1848, a large influx of settlers arrived in the region. The native people of the Eastern Sierra were soon pushed out of the area to make way for mining activities.

Despite the area’s Wilderness status, it has been the source of quite a lot of controversy surrounding the use of dams. While many dams were created within the Emigrant Wilderness in the 20th century, a 2006 court ruling determined that the dams must fall into disrepair and deteriorate on their own in keeping with the Wilderness Act.

There are dozens of hiking trails within the Emigrant Wilderness, each offering a chance to see some of the most beautiful landscapes in the Sierra. Here are a few of the main hiking areas in the region:

This 8.5 mile (13.7km) out-and-back path follows the Gianelli Trail from Pinecrest, California to a stunning alpine lake. The trail to Chewing Gum Lake is one of the shortest day hikes in the Emigrant Wilderness but offers great views of Yosemite and Sonora Pass.

The Sonora Pass to Leavitt Lake path follows the PCT over the course of 19.9 miles (32km). The trail is quite difficult and rewards hikers with fantastic vistas of the surrounding area in exchange for their efforts.

The Gem Lake Loop is an 18 mile (28.97km) long path that starts at the Crabtree Trailhead. This trail is difficult, with a number of large ascents and significant river crossings. But, eventually, you make it to Gem Lake, where you can enjoy the surrounding views, hang out, and have a superb campsite for a night in the wilderness.

The trail to the Granite Dome Lakes is a 3.7 mile (5.95km) out and back path from the Huckleberry Trail. After following a few creekbeds, the trial eventually pokes up into the alpine within a large canyon. Eventually, the path brings you to a series of stunning lakes, which are perfect for a swim on a hot summer afternoon.

Looking for a place to stay near the Emigrant Wilderness? Check out these great options:

Situated at the foothills of the Sierra Nevada, Sonora is a town of over 4,600 people. The town is bordered by the California Central Valley to the west and the mountains to the east, which gives it cool, wet winters and hot, dry summers.

Sonora was founded by miners during the California Gold Rush. While it isn’t as large as other nearby cities, its proximity to the Emigrant Wilderness and the peaks of the Eastern Sierra make it a good place to stop on your way to the mountains.

Sacramento is the capital and sixth-largest city in the state of California. Home to over 466,000 people, Sacramento is a bustling town with two major universities - California State University, Sacramento and UC Davis.

The city is located along both I-80 and I-5, so it’s easy to access by road. It is also home to one of the busiest Amtrack stations in the country, with train links to Los Angeles, the Bay Area, and western Nevada. Plus, Sacramento has a major international airport with connections throughout North and South America.

Reno is the second-largest city in the state of Nevada with a population of over 225,000. The city is located just 22 miles (35km) to the east of Lake Tahoe and is home to a bustling casino and tourism industry. Reno also has an international airport that provides good links to major cities around the western United States. 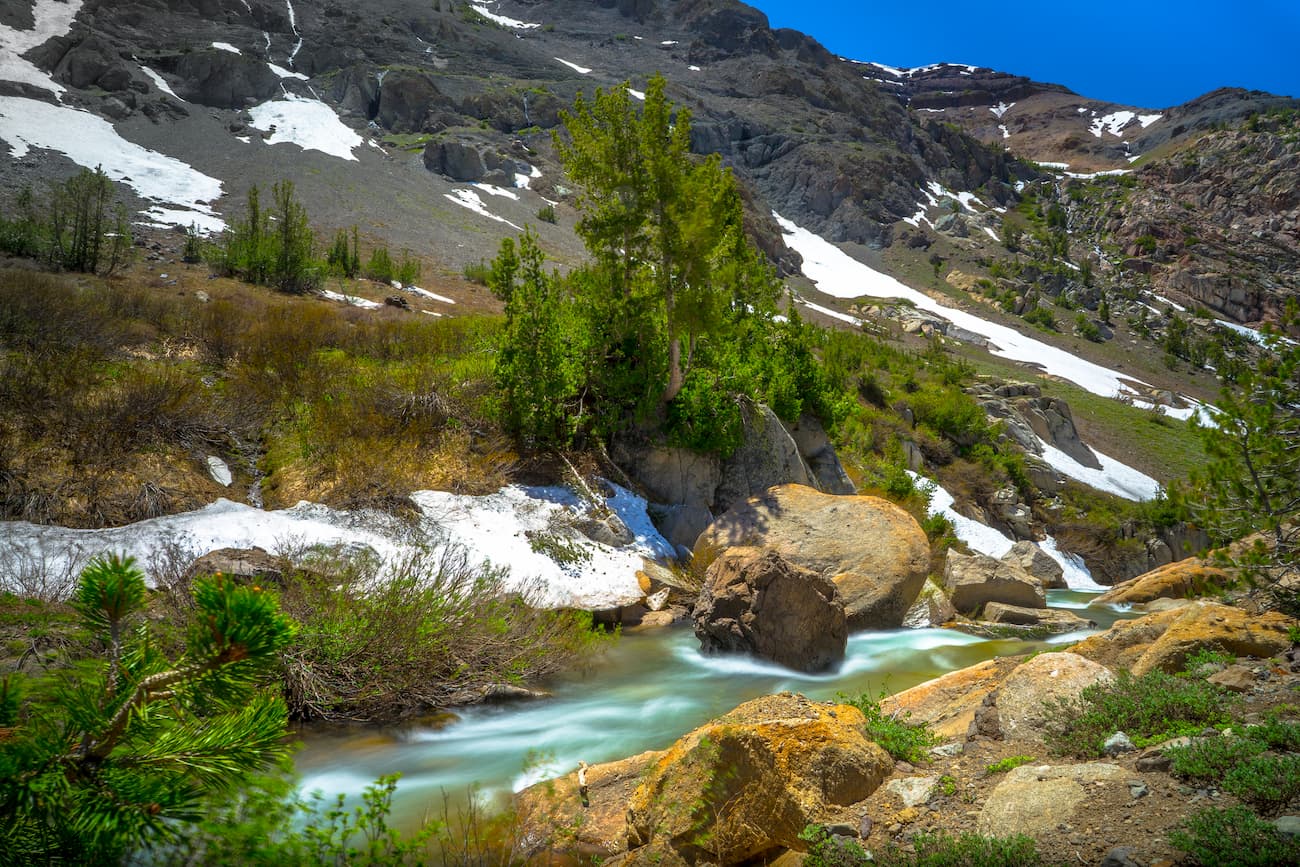 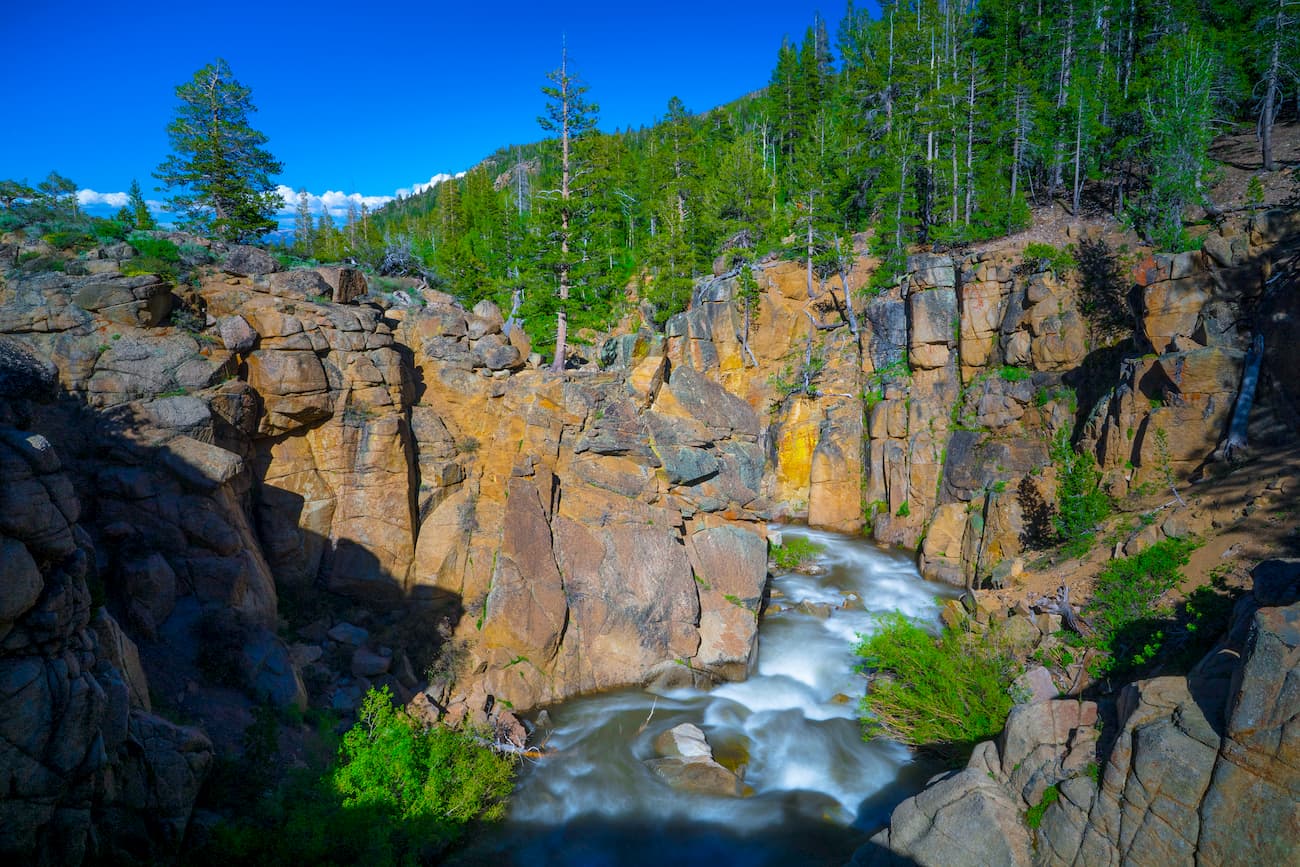 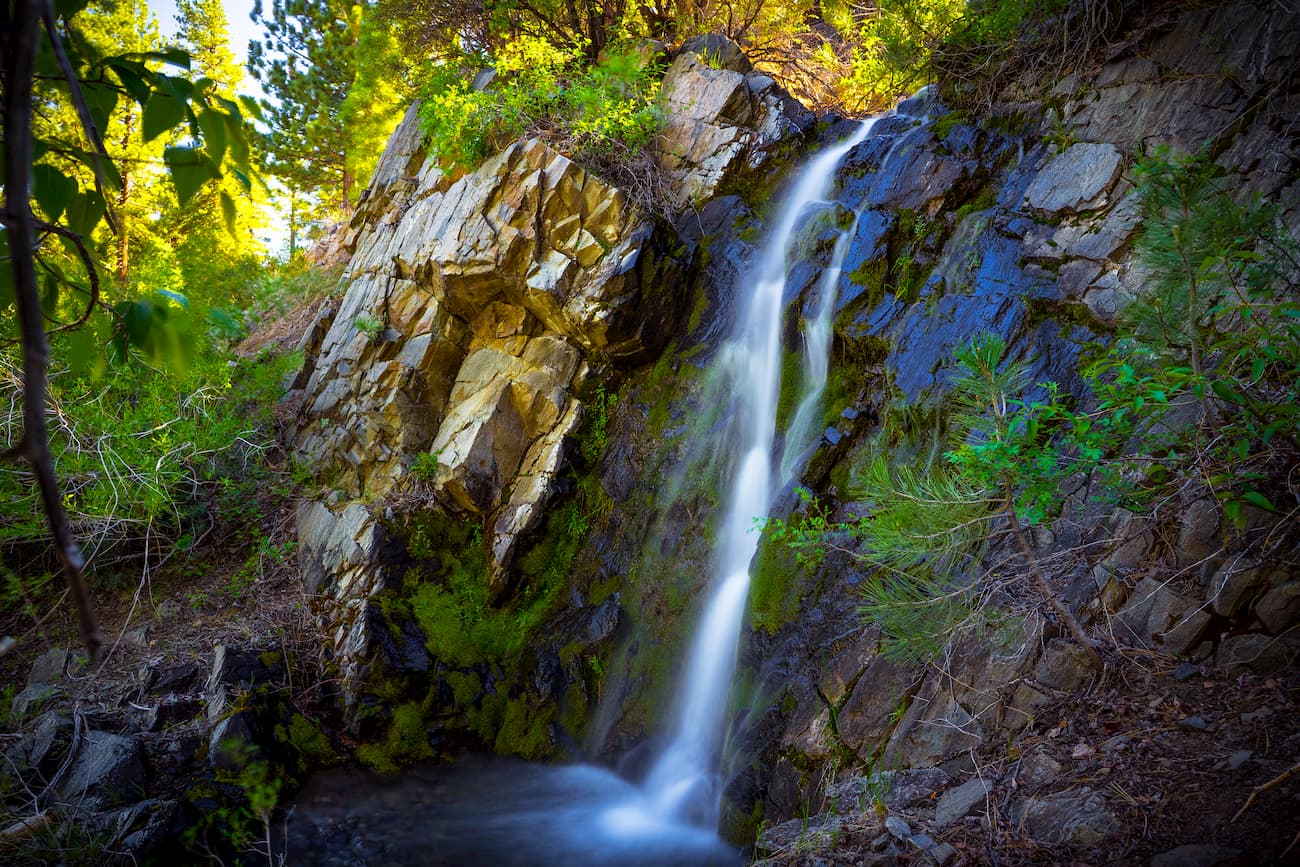 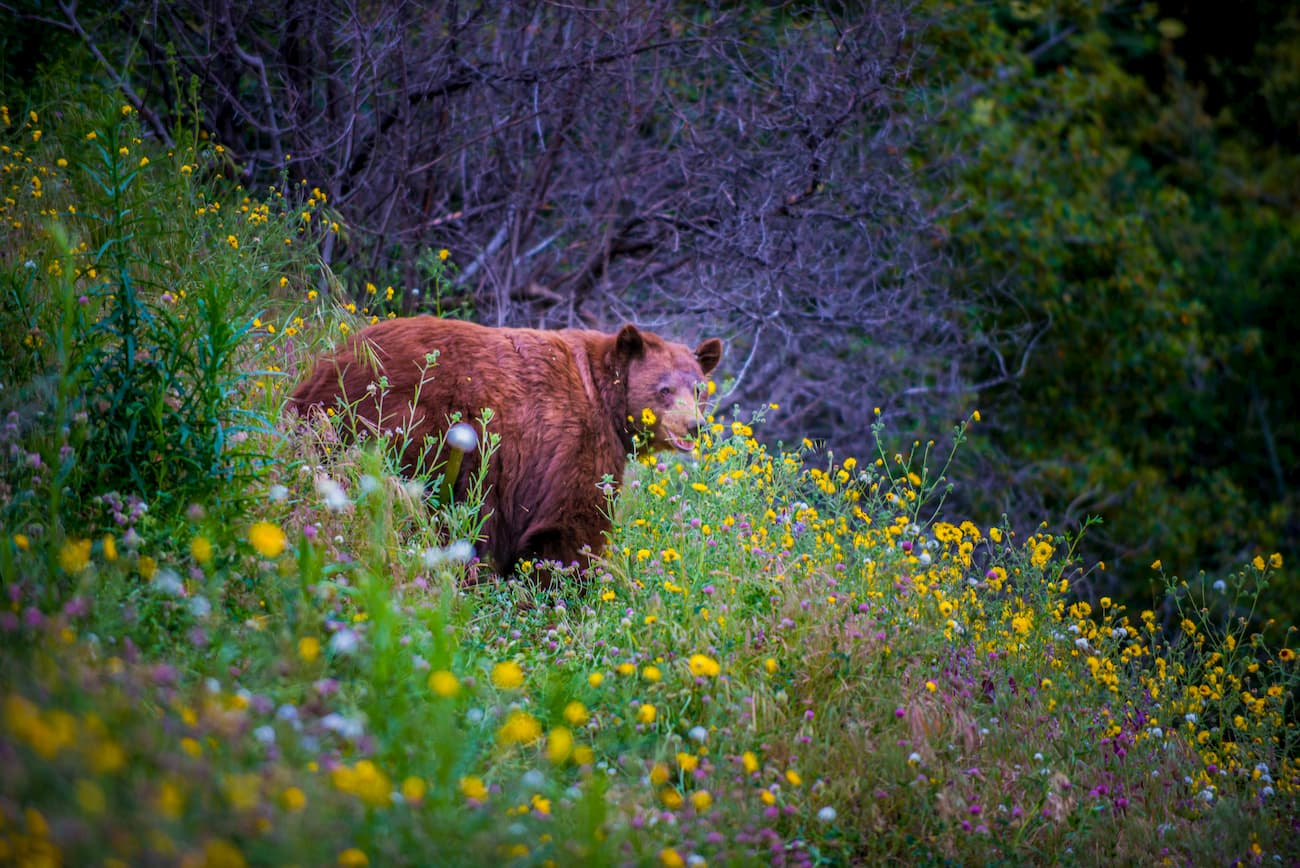 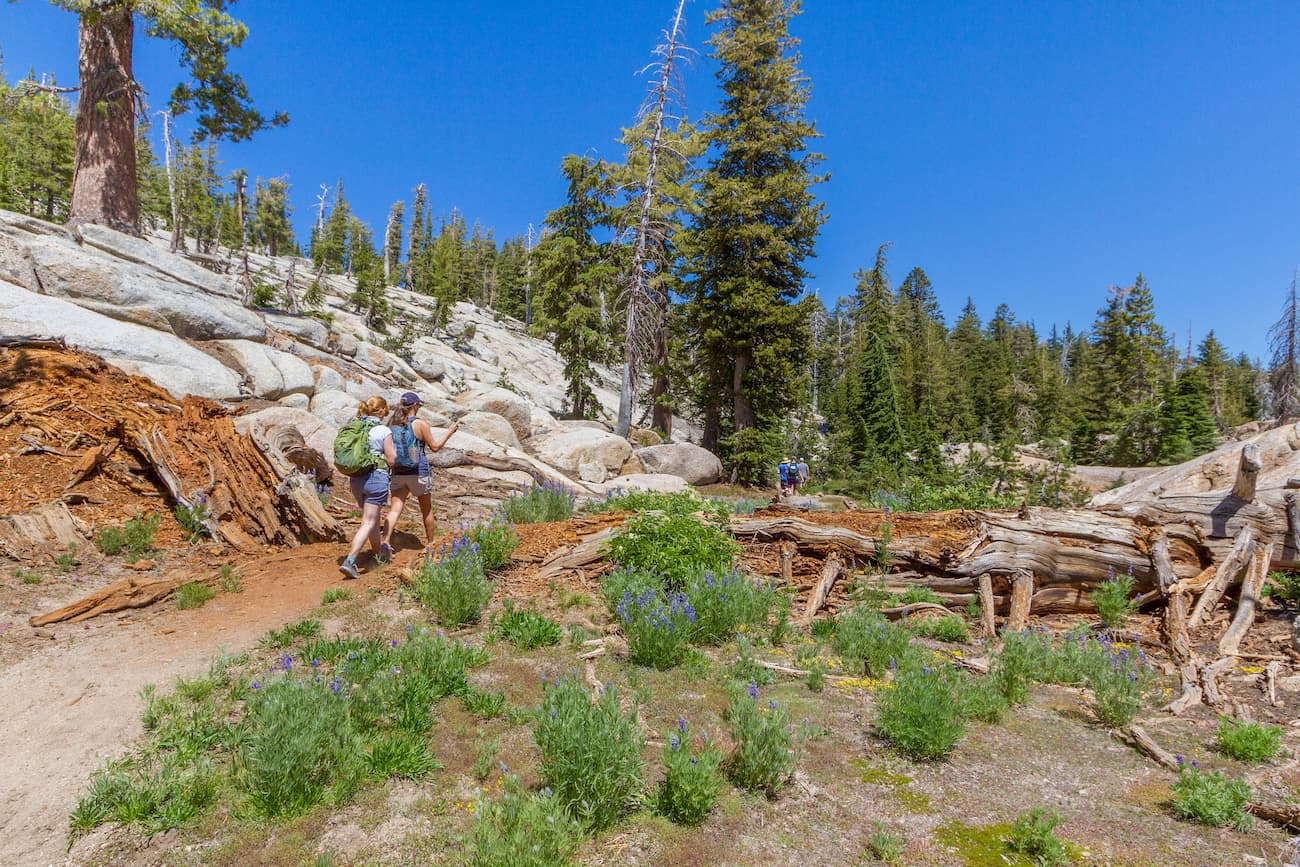 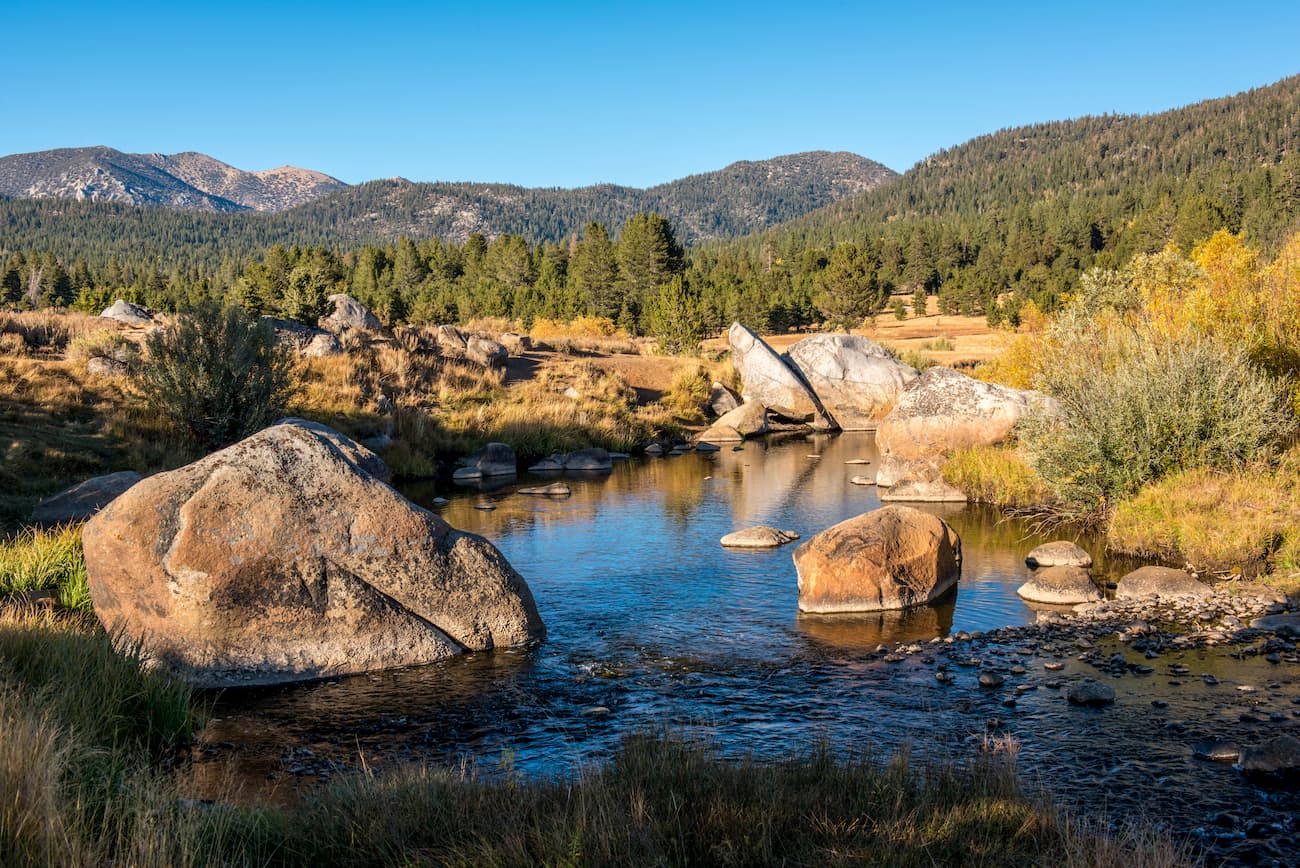 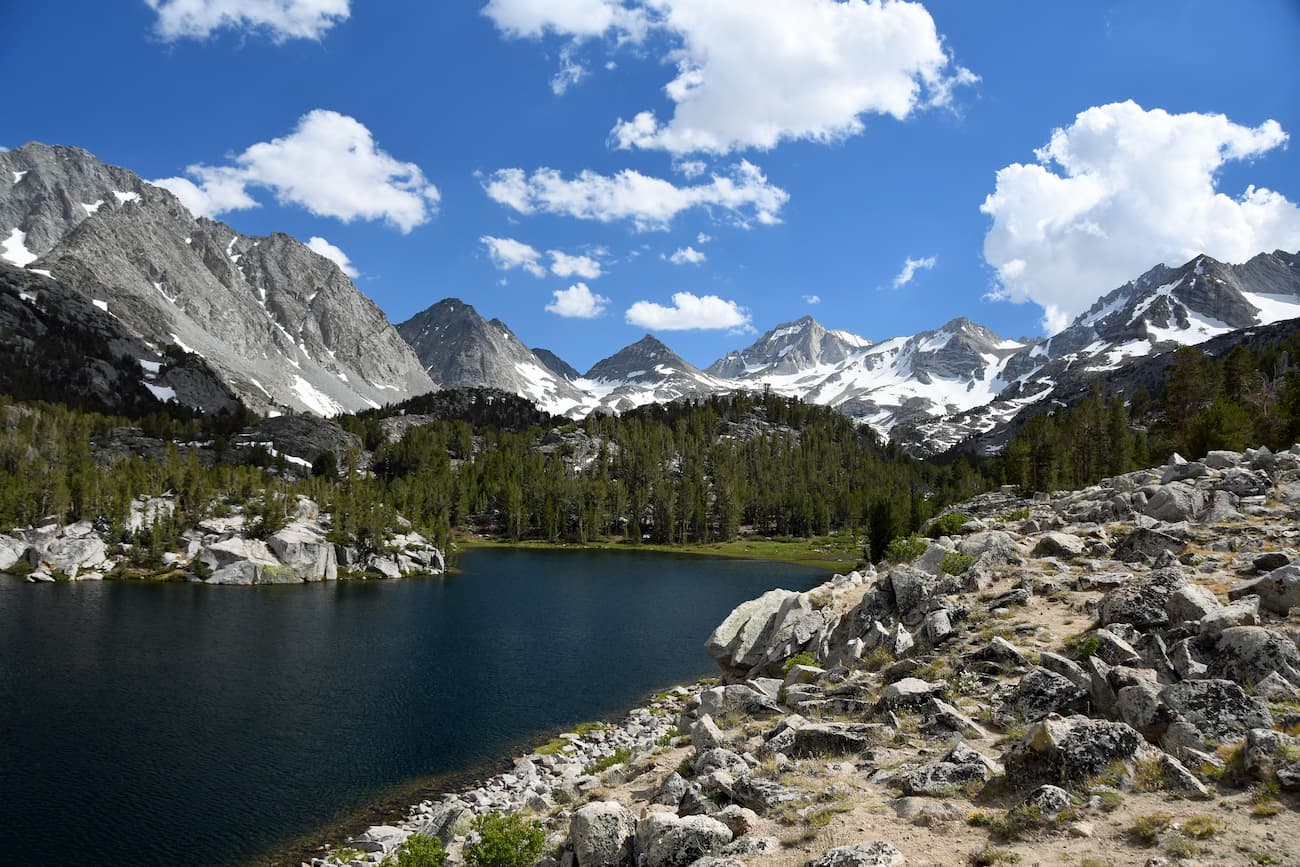