Covering a massive swath of land, including the arid deserts, snow-capped peaks, and sprawling shrub steppe, the Great Basin Ranges are a collection of peaks that span a wide section of the western United States. The ranges include 3,689 named mountains, the highest of which is White Mountain Peak (14,232ft/4,338m) and the most prominent of which is Charleston Peak (11,916ft/3,632m). 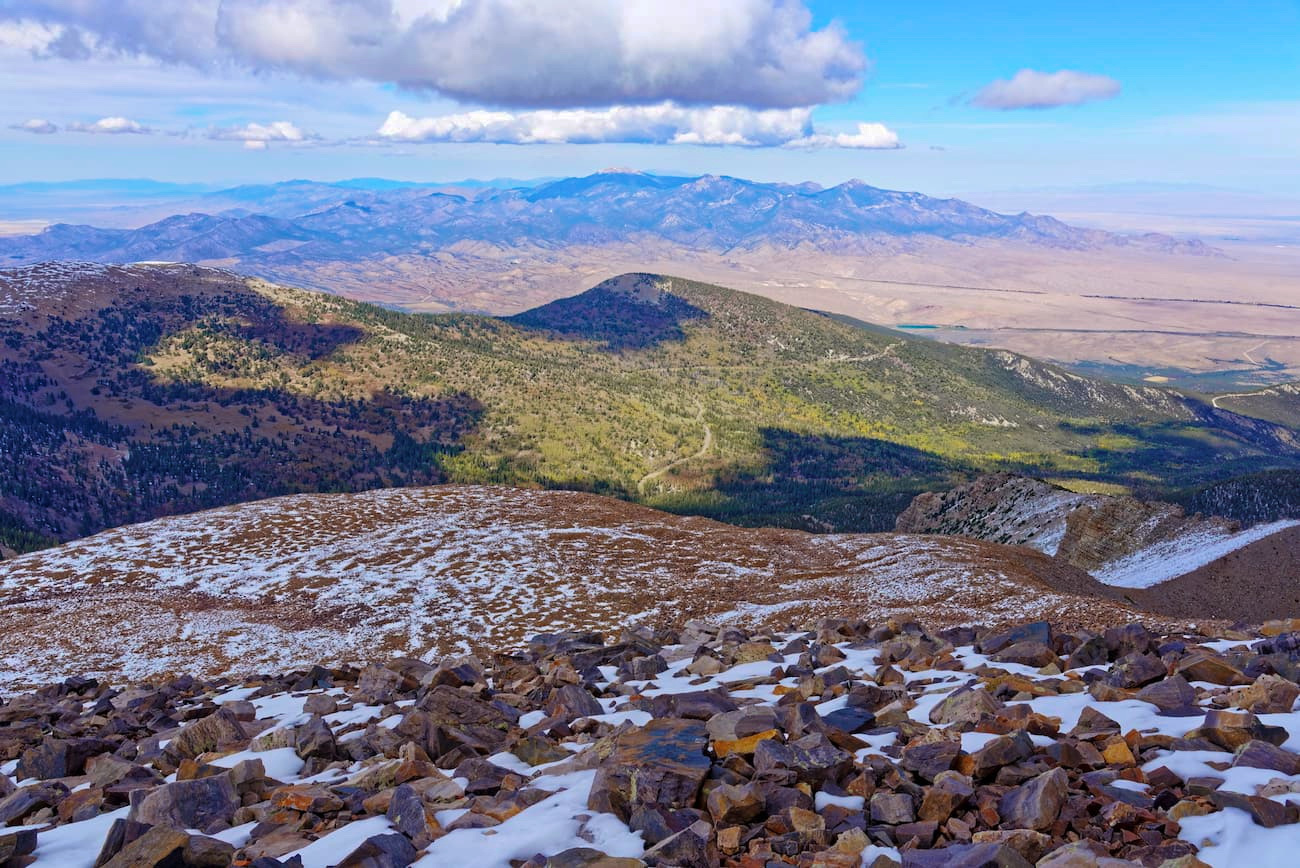 The Great Basin Ranges are found throughout a region known as the Great Basin. This region includes some 209,162 square miles (541,730 sq. km) of land throughout Nevada and parts of eastern California, southeastern Oregon, southern Idaho, western Utah, and the northwesternmost corner of Arizona.

Interestingly, what is meant by “Great Basin” depends on whether one is talking about a geologic, ecologic, hydrographic, topographic, enthogranic, or geographic area.

However, the hydrographic definition for Great Basin is the most commonly used and it includes all of the contiguous endorheic basins in the western United States in and around Nevada. The term “endorheic” refers to basins that retain water and do not flow into external bodies of water, like the ocean. What this means is that all of the water that is in the Great Basin collects in the region’s lakes, sinks into groundwater aquifers, or evaporates.

Within the Great Basin Ranges, there are numerous sub ranges and major public land areas.

Nevada is home to over 300 different subranges of the Great Basin Ranges, but some of the major ranges include:

In California, the Great Basin Ranges include much of the land to the east of the Sierra Nevada. This includes the following major subranges:

Many of the public lands in eastern California also include parts of the Great Basin Ranges, such as Modoc National Forest, Death Valley National Park, and Mojave National Preserve.

The Great Basin Ranges are all part of what’s known as the Basin and Range Province, which covers a large section of the western United States and northern Mexico. Within the region, the geology is complex and is characterized by alternating flat valleys and narrow mountain chains, hence the name.

Much of the region took shape as a result of tectonic extension that began in the Early Miocene. Interestingly, the Basin and Range Province includes, not only the Great Basin Ranges, but many other ranges, such as the Tetons, which are technically outside of the Great Basin.

The region is rich in minerals, particularly copper, silver, gold, and barite. Interestingly, much of the copper produced in the United States comes from the Great Basin Ranges.

The Great Basin Ranges are home to a surprisingly diverse array of ecosystems. Much of the region is characterized by hot temperatures and arid conditions as the Great Basin includes parts of 4 different deserts: the Mojave Desert, Colorado Desert, Great Basin Desert, and Oregon High Desert.

Perhaps the most unique tree species to be found in the area is the Great Basin bristlecone pine (Pinus longaeva), which is found in the high elevations of California, Utah, and Nevada. The oldest of these trees is nearly 5,000 years old, and many other individual trees are known to have ages in the thousands of years.

Within the Great Basin Ranges, the wildlife also varies with elevation. Some of the most common species include pronghorn, mule deer, jackrabbits, coyotes, elk, bighorn sheep, and plenty of smaller animals. Mountain lions are also found in the area, but tend to avoid contact with humans.

The Great Basin has been continuously inhabited for thousands of years, with some of the earliest inhabitants arriving in the region as early as 10,000 BCE.

Before the arrival of Europeans and European-Americans, some of the largest groups in the Great Basin included the Western Shoshone, the Southern Paiute, the Goshute, the Shoshone-Bannock, the Northern Paiute, the Achumawi, the Modoc, the Yahooskin, the Washoe, the Maidu, the Mono, the Mojave, the Chemehuevi, and the Hualapai, among countless others.

Some of the first Europeans to arrive in the region were sent by the Spanish in the 18th century. Jedediah Strong Smith was among the first European-American to cross the Great Basin in the early 19th century while Peter Skene Ogden of the Hudson’s Bay Company traveled around the Great Salt Lake Region.

Some years later, during the 1830s Benjamin Bonneville travelled through the northeastern section of the region, following a route that would later become part of the Oregon Trail.

The region came under US control through a series of treaties with Spain, Britain, and later after the Mexican-American War during 1848. It was famously crossed multiple times by John C. Frémont, who actually originally coined the name “Great Basin” after recognizing the unique hydrographic characteristics of the area.

Americans of European descent did not attempt to permanently settle in the region until the late 1840s, when there was a sizable influx of Mormon immigrants to the Salt Lake Valley. A few years later, substantial numbers of immigrants crossed the Great Basin en route to California at the height of the California Gold Rush in 1848.

Once the gold resources were mostly depleted from California, many miners and prospectors turned their sights on various parts of the Great Basin Ranges, including the Bodie Mountains and the Virginia Range, which became important mining locations.

To this day, the region remains sparsely populated, with the exception of major metropolitan areas at las Vegas, Reno, and Salt Lake City. Agriculture and mining remain major parts of the region’s economy, though tourism to some of its great outdoor recreation areas is on the rise.

Known as the hottest, driest, and lowest place in the United States, Death Valley National Park is situated along the border of California and Nevada. It contains 71 named mountains, the highest and most prominent of which is Telescope Peak.

Visitors to Death Valley can take advantage of its plentiful hiking opportunities. Particularly popular destinations include Badwater Basin, the lowest point in the United States, and the park’s sand dunes.

Great Basin National Park is situated in the eastern part of Nevada, near the state’s border with Utah. It is home to 10 named mountains, the highest and most prominent of which is Wheeler Peak.

Red Rock Canyon National Conservation Area is a world-famous rock climbing destination located just outside the city of Las Vegas. It is home to a stunning array of red rock formations, some of which are up to 3,000’ (910m) high.

Although Red Rock is best known as a climbing destination, it is also popular among bikers and hikers. There are multiple wilderness areas that border the conservation area, including the La Madre Mountains Wilderness and the Rainbow Mountain Wilderness.

Mojave National Preserve is situated to the south of Death Valley, near the tri-state border between California, Nevada, and Arizona. The preserve is home to 50 named mountains, the highest and most prominent of which is Clark Mountain.

Mojave is known for its collection of interesting geologic features, including the Kelso Dunes, the Cima Dome, and the Cinder Cone Lava Beds. The preserve also contains large stands of Joshua trees and is a great place to go if you’re looking for an off-the-beaten path adventure.

Although much of the Great Basin is sparsely inhabited, there are some large metropolitan areas in the region. Here are some good places to stay:

Las Vegas is situated in the southern part of the Great Basin Ranges in Nevada. It is the largest city in Nevada with around 650,000 residents. Vegas has a major international airport as well as hundreds of hotels, restaurants, and shops to enjoy.

Reno is the second largest city in Nevada with some 225,000 people. It is the commercial and cultural center of northern Nevada and is a popular tourist destination, thanks to its proximity both to the Great Basin and to the eastern Sierra Nevada. Reno has Nevada’s second largest airport, which also serves the Lake Tahoe area.

Located in the eastern part of the Great Basin, Salt Lake City is the capital and most populous city in Utah with some 200,00 residents. The entire Salt Lake City/Wasatch Front area is home to 2.6 million people, which is the vast majority of Utah’s population. Salt Lake City has a major international airport and excellent road connections to other big cities in the Rocky Mountain region. 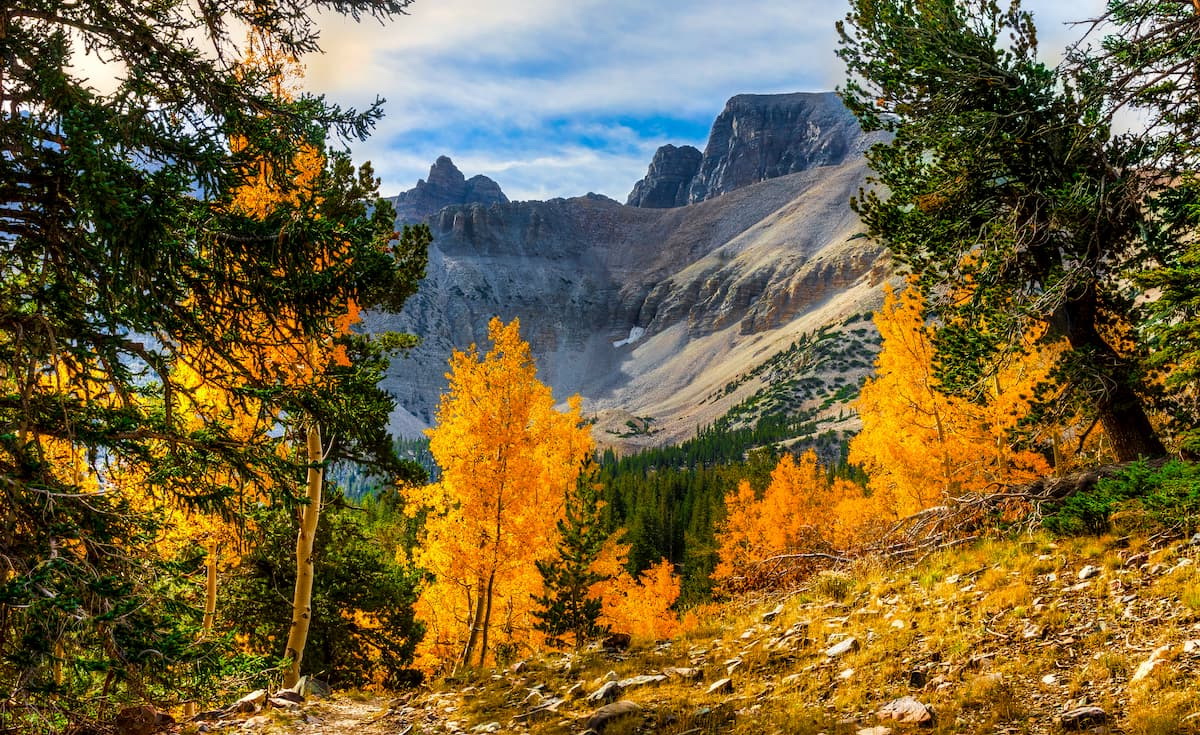 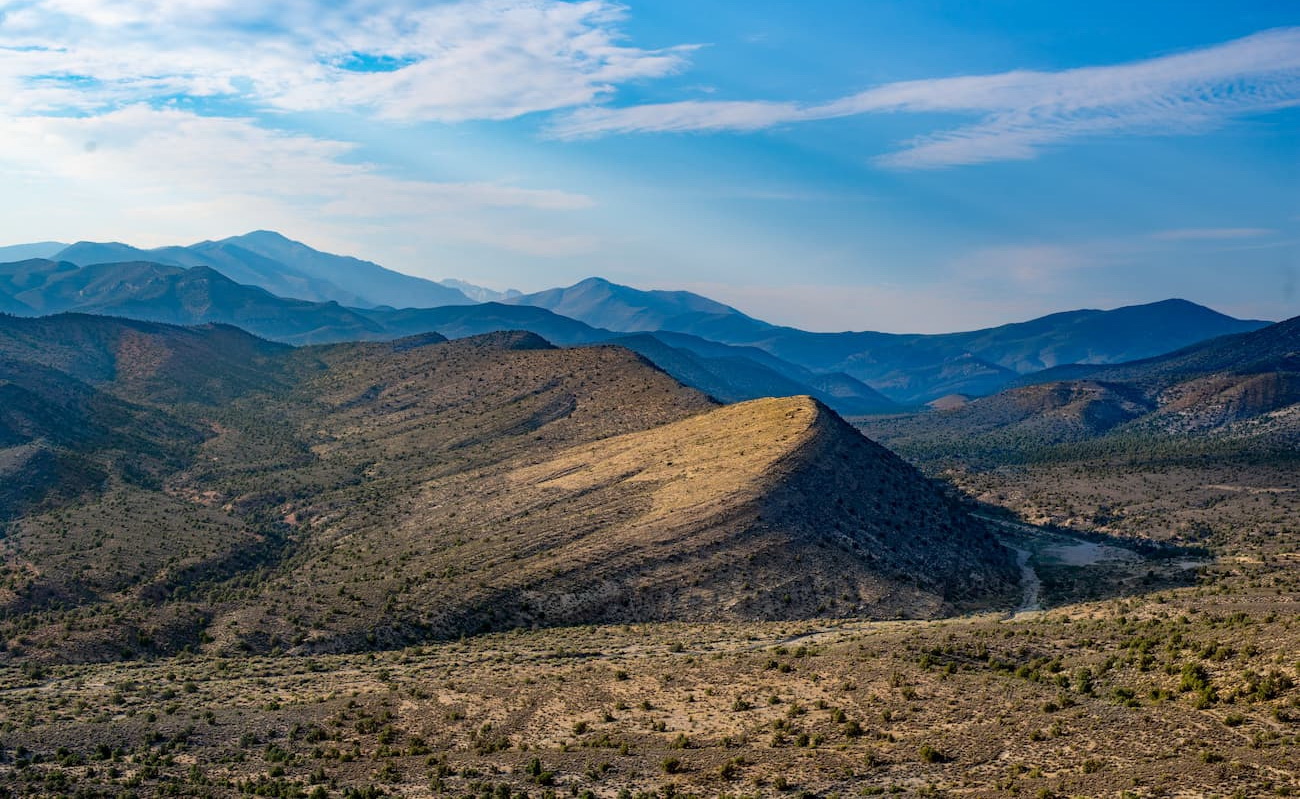 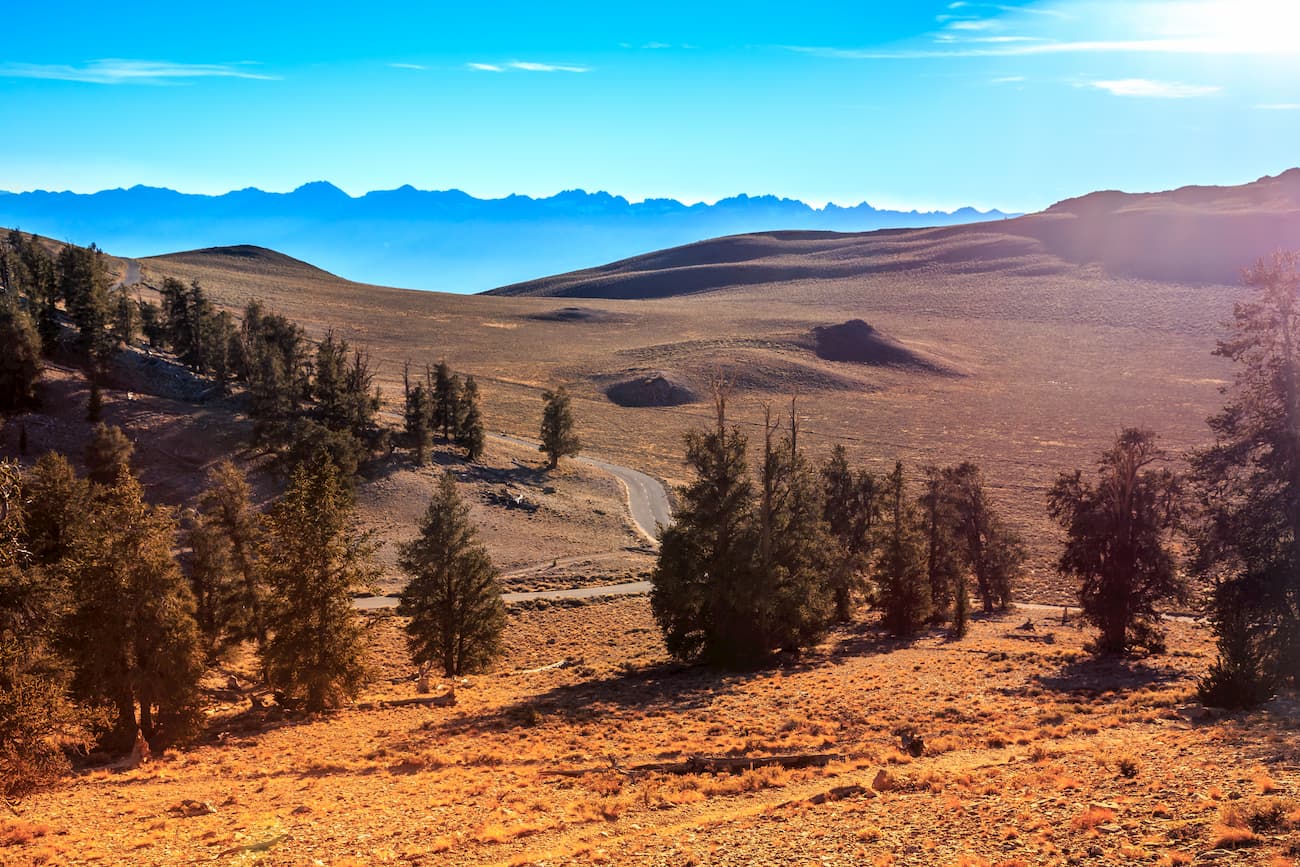 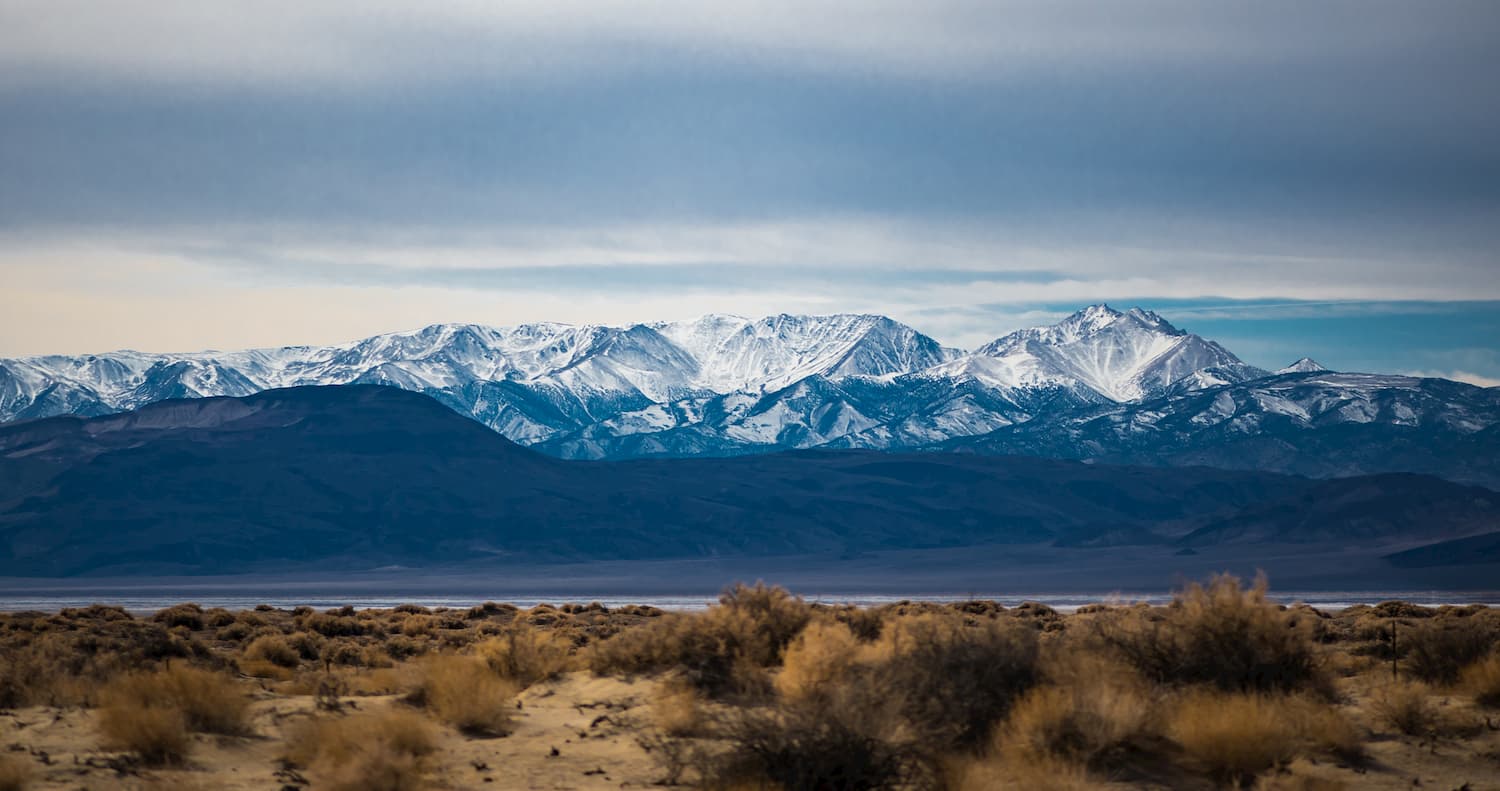 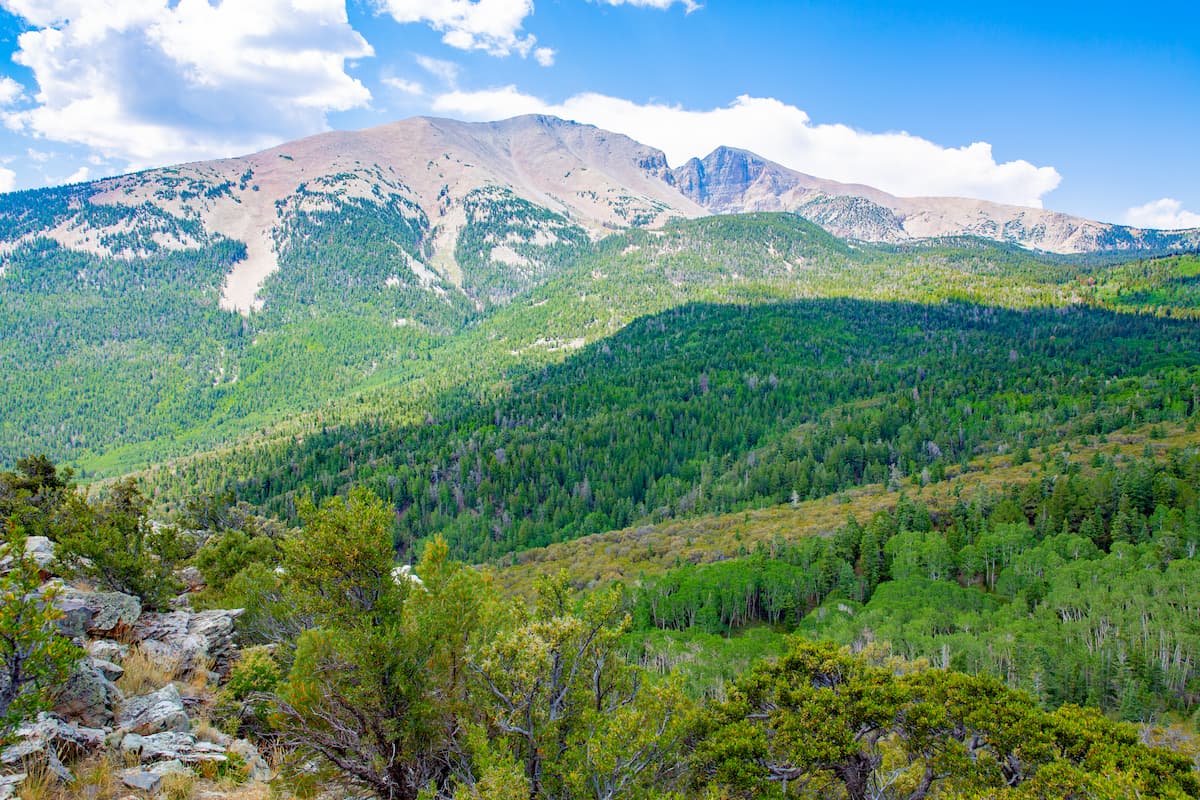 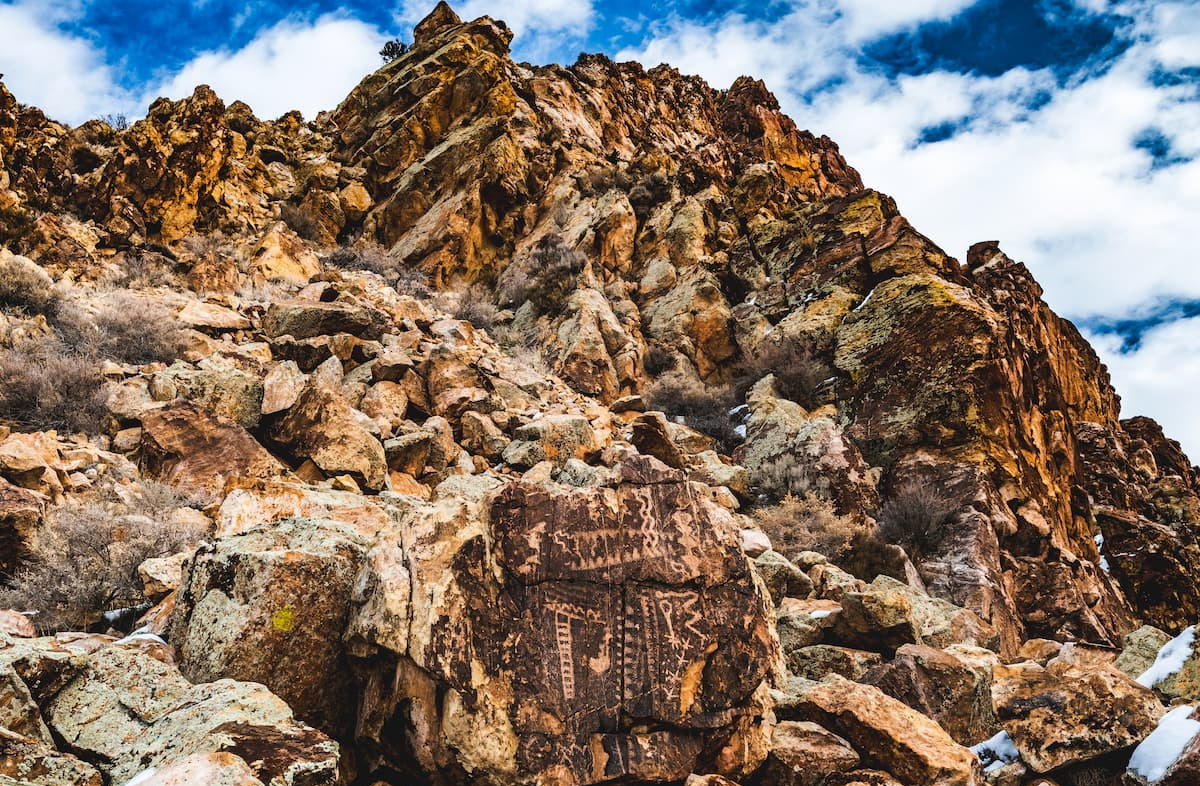