Nestled in the northern part of the vast Mojave Desert, the Panamint Range rises high above the arid, sandy landscape forming the western edge of Death Valley - the lowest, driest, hottest place in North America. Here, sand turns to snow and one can stand atop the range’s sprawling ridgeline to get a simultaneous glimpse of both Mount Whitney - the highest point in the contiguous United States - and Badwater Basin in Death Valley - the lowest point in the contiguous United States. 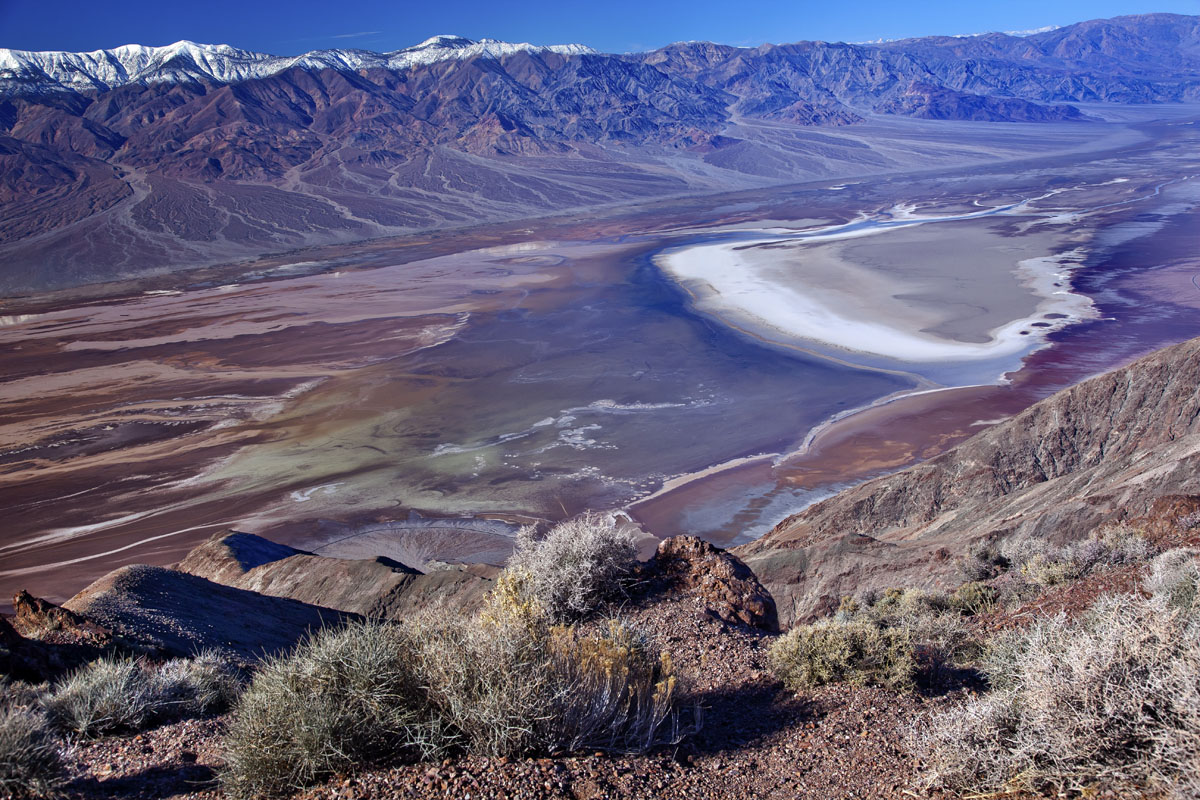 Beyond this unique trivia fact, the Panamint Range unique for the area. Considered a “sky island,” the Panamint Range is home to a plethora of drastically different ecosystems than those you can find in the lowlands that surround it. The range itself receives significantly more precipitation than the shockingly dry Mojave that surrounds it and also experiences a larger temperature variation than the adjacent desert floor and hills.

The range gets its name from the Paiute or Koso word Panümünt, which breaks down to Pa (water) and nïwïnsti (person). There are 31 named mountains in the Panamint Range, the highest and most prominent of which is Telescope Peak.

The Panamint Range runs from north to south for approximately 100 miles in Inyo County, California. Indeed, the Panamint Range is part of the vast physiographic region of the Western United States and northwestern Mexico known as the “Basin and Range Province.” The province is characterized by its incredibly unique basin and range topography, which was quickly identified by one of the first Western travelers to the region - John C. Fremont.

Basin and range topography can be defined as an alternating series of parallel mountain ranges and valleys, which result from the crustal extension and stretching of the lithosphere (a fancy term for the Earth’s crust and upper mantle). This stretching eventually results in a thinning of the upper crust in a perpendicular orientation to the direction of pull, thus forming these alternating valleys and mountains. Great Basin National Park on the eastern edge of Nevada is one of the best examples of this unique topography.

Visitors to the Panamint Range and, indeed, the Death Valley area in general, will notice the proliferation of past mining activity in the region. The gold, silver, and copper mining booms of the 1800s led to the rapid settlement of the area by people from around the United States, who ventured toward the Panamint Range in the hopes of striking it rich.

Needless to say, many of these would-be miners never did find silver, copper, or least of all gold, though some did make a living off of their small but not insignificant findings. The most lasting impact of this mining activity today is not, however, wealth and prosperity, but a series of ghost towns erected in the area to support and house the hoards who flocked to the region in the 1800s.

The most famous of these towns is, perhaps, Panamint City, which was established in 1873 after silver and copper were found in the hills. In just two short years, the town had a population of over 2,000 people and a bustling main street that was over a mile long.

The town was built at the uppermost end of Suprise Canyon and actually gained a reputation as a “bad and wicked” town due to its many mills, saloons, stores, and red light district. In fact, the town had such a poor reputation, Wells Fargo refused to open up an office in Panamint City.

Eventually, as most of these boom towns did, Panamint City succumbed to the mounting pressure to stay relevant in an age where people were no longer making money off of mining. Soon enough, Panamint City became a ghost town, with little more to its name than a decrepit series of roads.

These days, Panamint City is only accessible to visitors willing to undertake a 7.5-mile hike, which is considered strenuous, even for the most experienced of hikers. Those who do make it into the city, however, are able to view one of the largest and most elaborate collections of Coso Painted Style pictographs, drawn by the Shoshone and/or Kawaiisu people in the years before the town was founded - a nice reward for a substantial effort.

Panamint City - and much of the Panamint Range - is now situated in Death Valley National Park, where visitors can set off in search of Panamint City or the unique wilderness of the mountains. Coming up, we’ll take a look at some of the major trails in the region and some of the main cities where you can start your adventure.

As much of the Panamint Range is housed within the modern-day borders of Death Valley National Park, many of the best trails and hiking areas in the region are there as well. Visitors to the park will find a true land of extremes, where record high temperatures make the valley floor inhospitable in the summer months, but snow frosts the tops of the Panamint Range.

Death Valley is, in fact, the largest national park in the United States, but if you wander off of the trail, you’ll find yourself surrounded by over 3 million acres of wilderness, with sand dunes, slot canyons, salt flats, and rocky peaks that are home to a lifetime of adventure. Hiking in the park is no cake walk, however - even those of us who want to stick to the maintained trails need to be prepared to survive in an unforgiving landscape.

All hikers in the park must come prepared with their own water, food, shelter, and the skills to survive in the extremes of a desert. Flash floods, astonishingly high temperatures, and dehydration are the name of the game in Death Valley, so be prepared for anything should you choose to venture into this otherworldly national park.

There are quite a few different trails in the Panamint Range, many of which start in the National Park. We’ll discuss a few of them here:

Telescope Peak is the highest point in Death Valley at 11,049 ft (3,368m) and the Panamint Range. It offers a fantastic respite from the midsummer heat in the valley below but is no walk in the park. Hikers can access Telescope peak via a 14-mile roundtrip hike from Emigrant Canyon Road at the parking area at the Charcoal Kilns.

The hike starts in a beautiful grove of pinyon-juniper woodlands and takes you up in the range as you climb over 3,000 ft (1,000m) in elevation to your highest point. A return down the same trail brings you right back to the parking lot, where you can congratulate yourself on a job well done.

The trek to the Panamint Dunes on the northern edge of the range in Death Valley National Park is an 8 mile, moderately difficult out and back hike to some spectacular sand formations. A high clearance vehicle is required to make it to the trailhead, but visitors who commit to the adventure won’t be disappointed.

This hike takes you cross-country up Panamint Valley from Lake Hill Road, where the signs end. Hike off trail for about four miles until you arrive at a collection of pristine sand dunes, which tell you that you’ve reached your destination. Here, you’ll be far away from the hustle and bustle of the crowds in neighboring Death Valley, so you can enjoy some quiet reflection in the wilderness before you return to your vehicle.

The hike to Panamint City is a true adventurer’s trek. Although 2,000 people lived here in the late 1800s, the end of the silver and copper reserves, as well as the region’s frequent flash floods destroyed any hope of a truly permanent settlement in the area. These days, the city is located inside Death Valley National Park but is a strenuous and serious undertaking only for the most prepared of adventurers.

To get to the city, you’ll start at the ruins of the Chris Wicht Camp, where you’ll follow a route through the narrows of Surprise Canyon, scrambling up and over rocks, through passages, and over crumbling ridges. Flash floods have destroyed most the old trails, so you’re on your own here with navigation by map, compass, and GPS.

Eventually, you’ll come across some stone foundations that mark the final path toward the town along the old main street. You can see evidence of the old pictographs inside Surprise Canyon before reaching the city. Now that you’ve made it, you can explore the town and return back to the car when you’re ready to call it a day.

Death Valley and the Panamint Range are truly remote. There are quite a few small towns in the region, but if you decide to stay at any of them, be prepared for exorbitantly high prices on everything from lodging to gasoline. To get to Death Valley and the Panamint Range, you’ll first need to start at one of the major cities in the general region. Here are some of the places you can start your adventure:

Home to countless Hollywood celebrities and the famous beaches of Santa Monica, Los Angeles is the largest city in California and the second most populous city in the United States, after New York City. LA, as it’s known, is acultural, financial, and commercial center in Southern California, and at four and a half hours from Death Valley, is a good place to start a Panamint Range adventure, particularly if you’re coming from overseas.

Vegas is known for its strip malls, casinos, and adult-friendly entertainment, but did you know it’s just a short two and a half hour drive to Death Valley and the Panamint Range? One can frequently get very affordable plane tickets in and out of Vegas and rental cars are plentiful in the city. You can choose to start or end your adventure in the Panamint Range with a trip to Vegas for some good-natured fun before your time in the mountains.

Bakersfield is a city of nearly 400,000 people and is the county seat of Kern County, California. It is the ninth-most populous city in California and is home to an airport as well as any other amenities you might need. The city itself is an agricultural hub for the region and is also known for producing a substantial amount of oil. At nearly four hours from Death Valley and the Panamint Range, it’s not somewhere you can use as a base to commute to and from the mountains each day, but it’s a great starting point for a longer trip.

Truly the best way to experience all Death Valley and the Panamint Range has to offer is to stay in one of the national park’s many campgrounds. The campgrounds in Death Valley rarely ever fill up completely, even during the busiest months of the year.

If you stay at a campground in Death Valley, you’ll be perfectly positioned to make the most of your time in the park and in the Panamint Range. Plus, you’ll get to experience the absolutely stunning Death Valley night sky, which is truly a wonder to behold. What could be better? 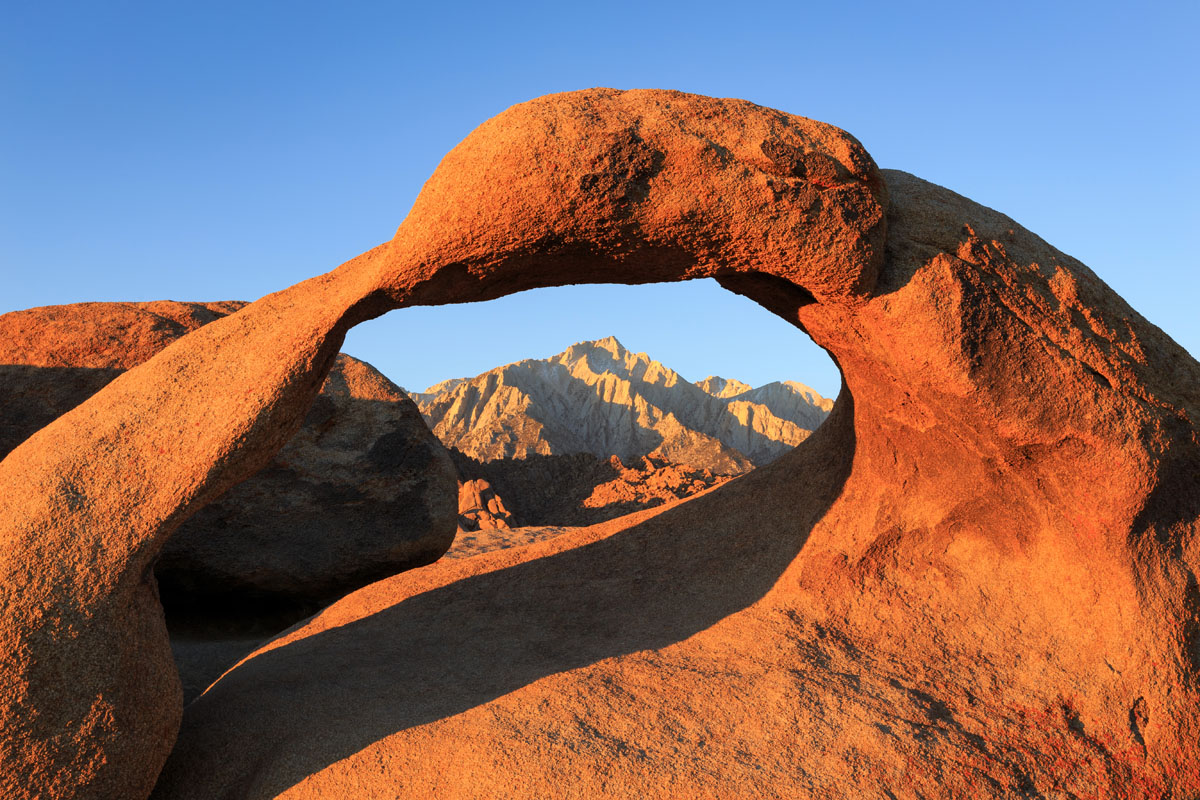 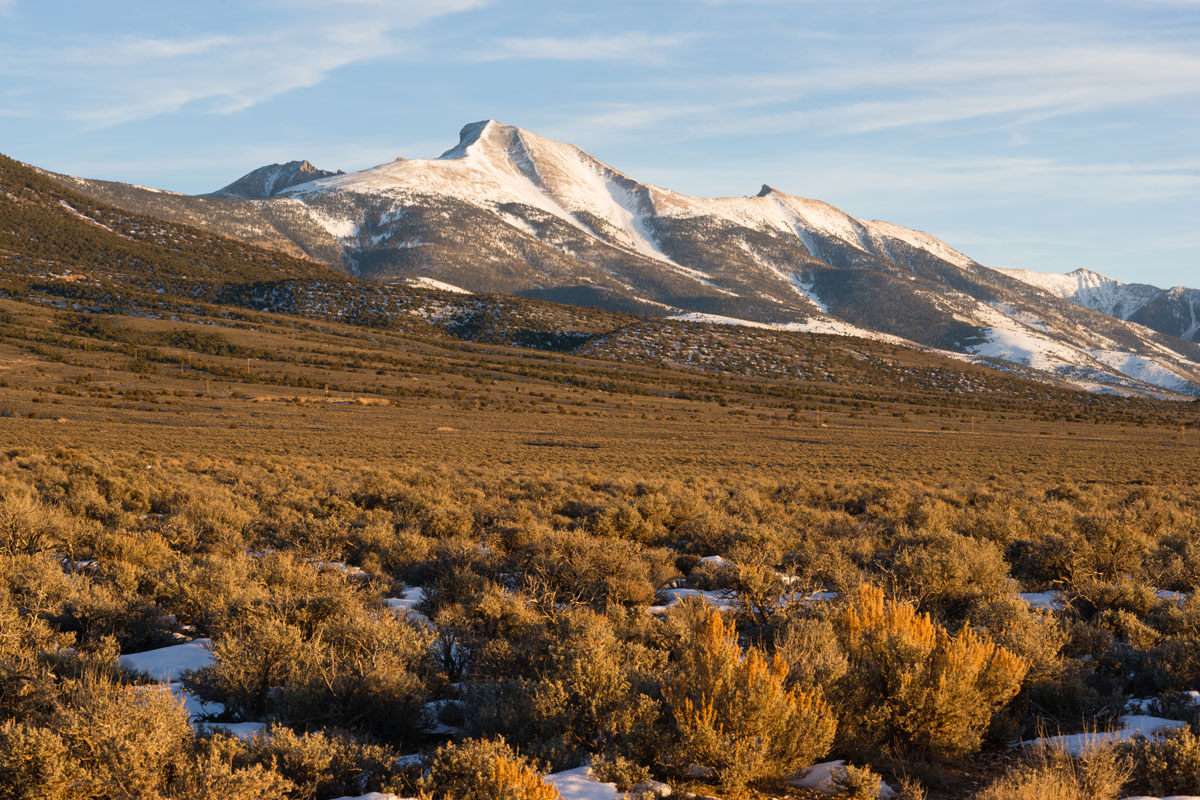 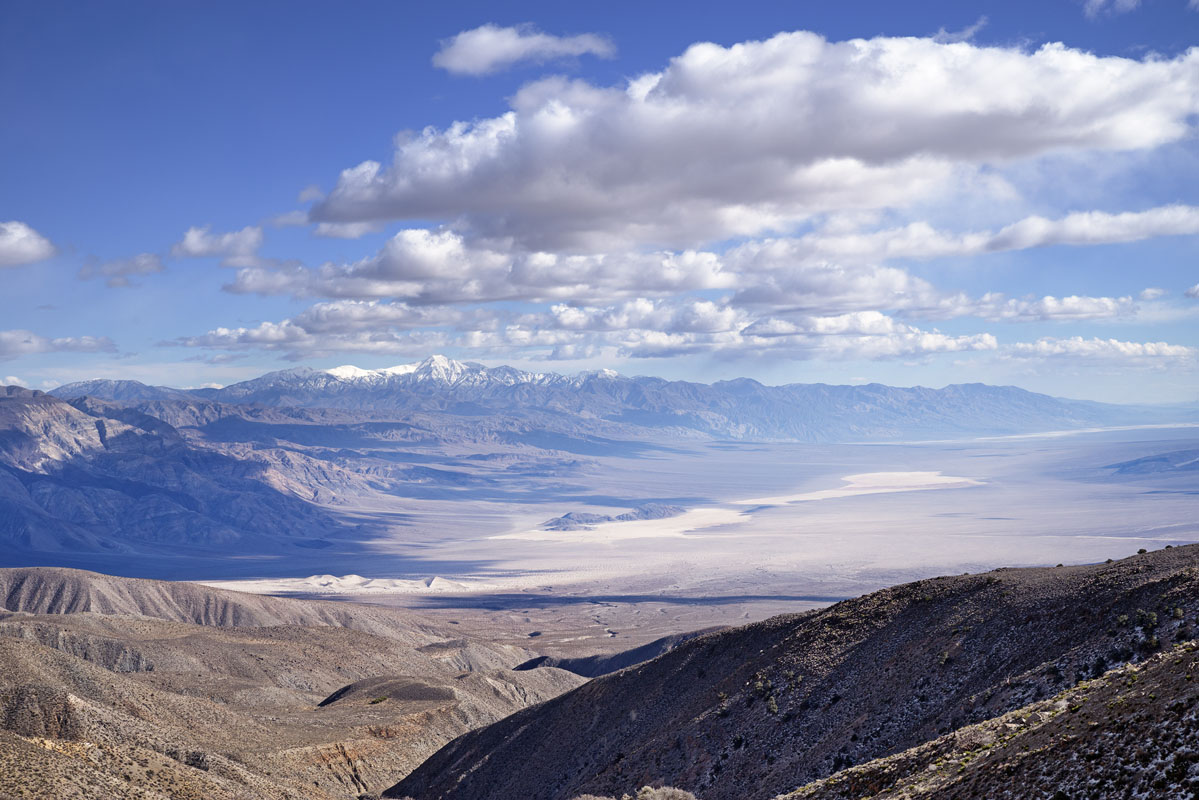 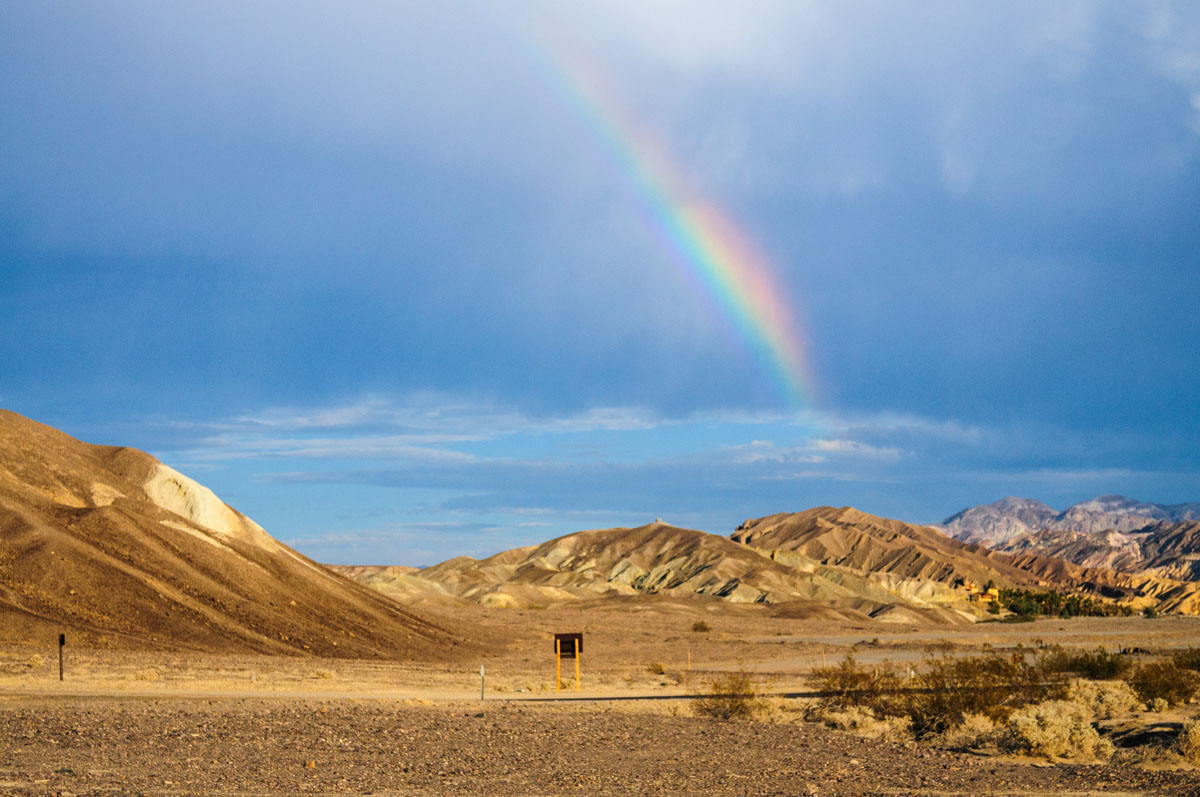 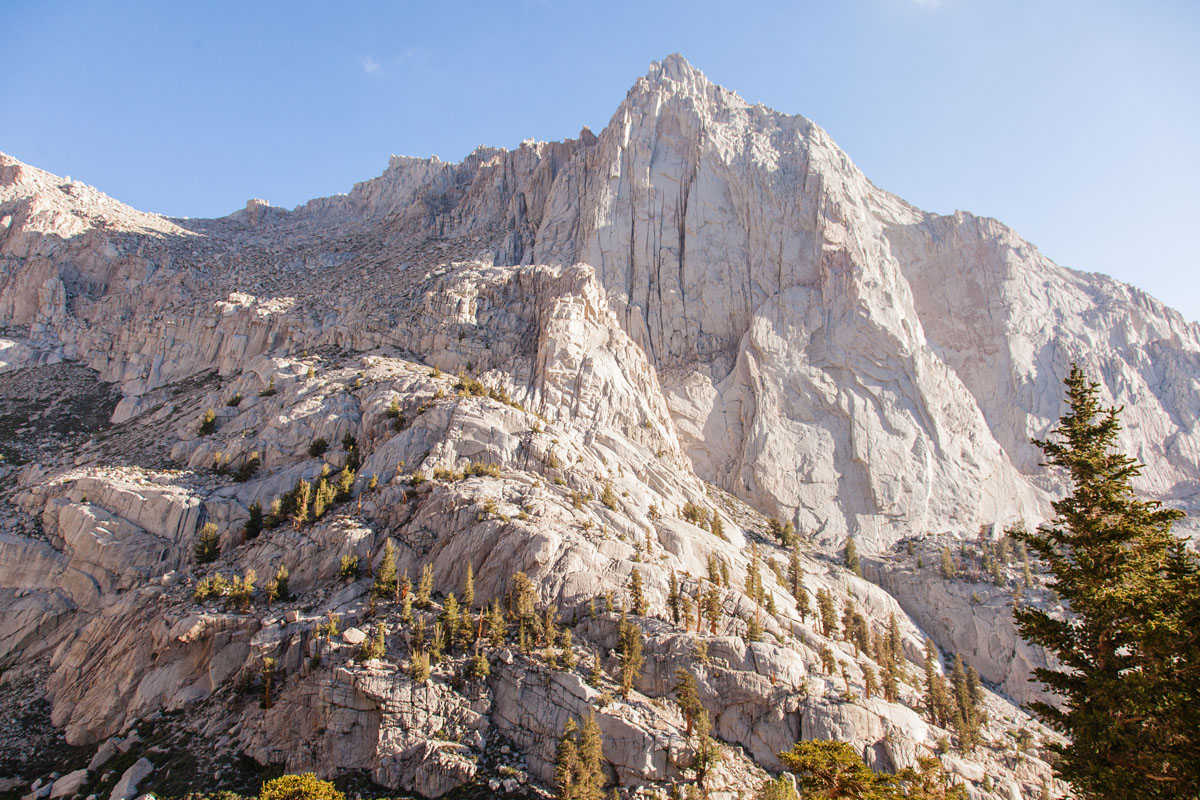 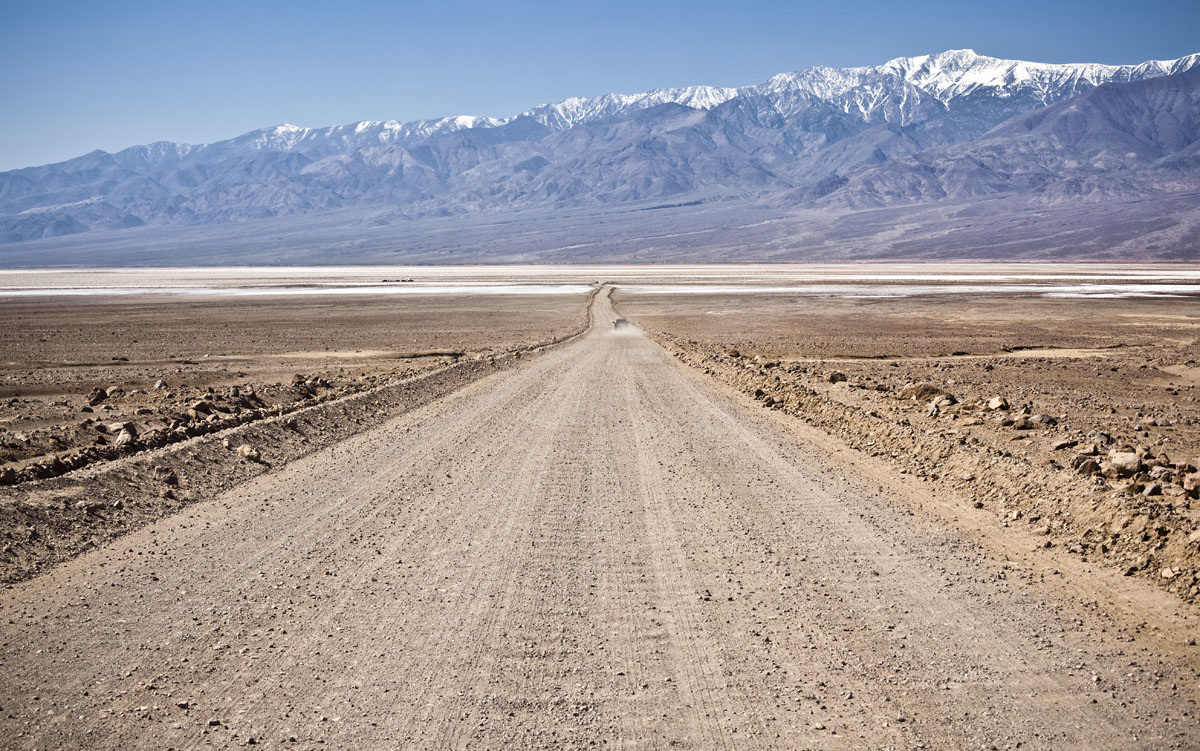 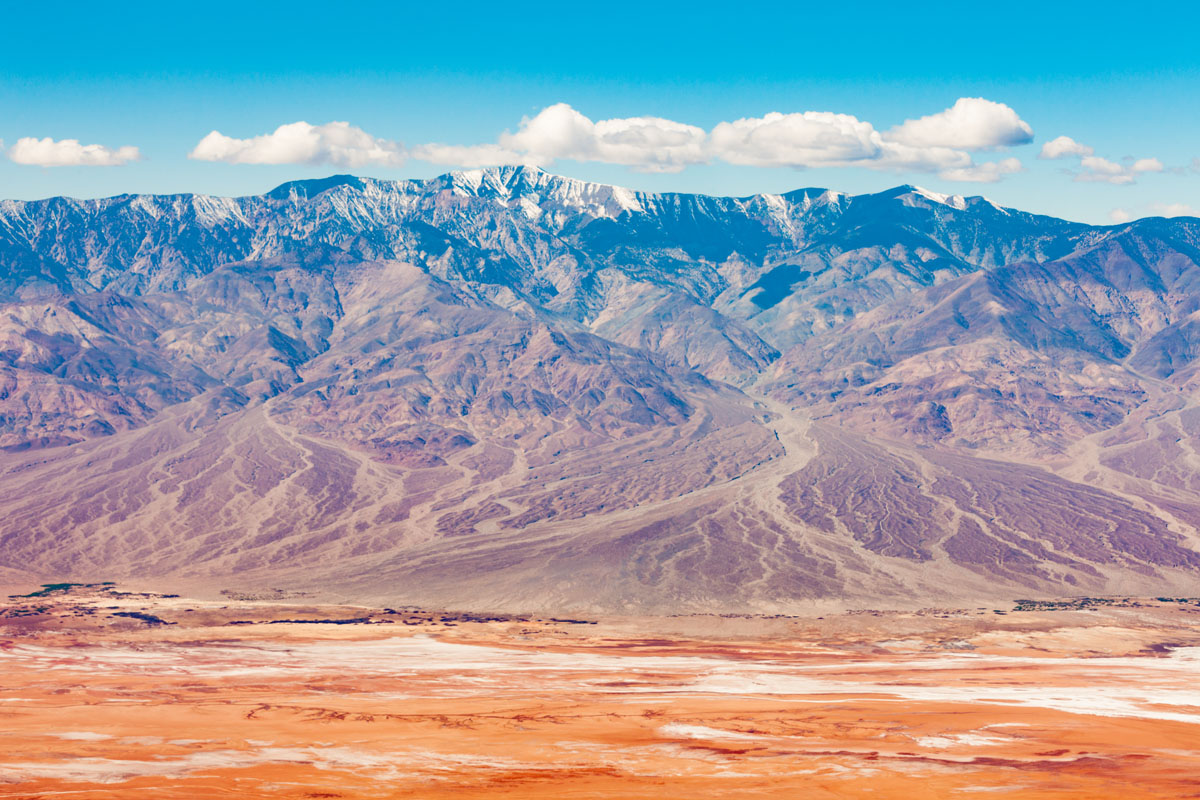