Featuring a mix of rolling hills and craggy peaks, the Bodie Mountains are a small chain of summits that straddles the border between the US states of California and Nevada. The range contains 25 named mountains, the highest and most prominent of which is Potato Peak (10,220ft/3,115m). 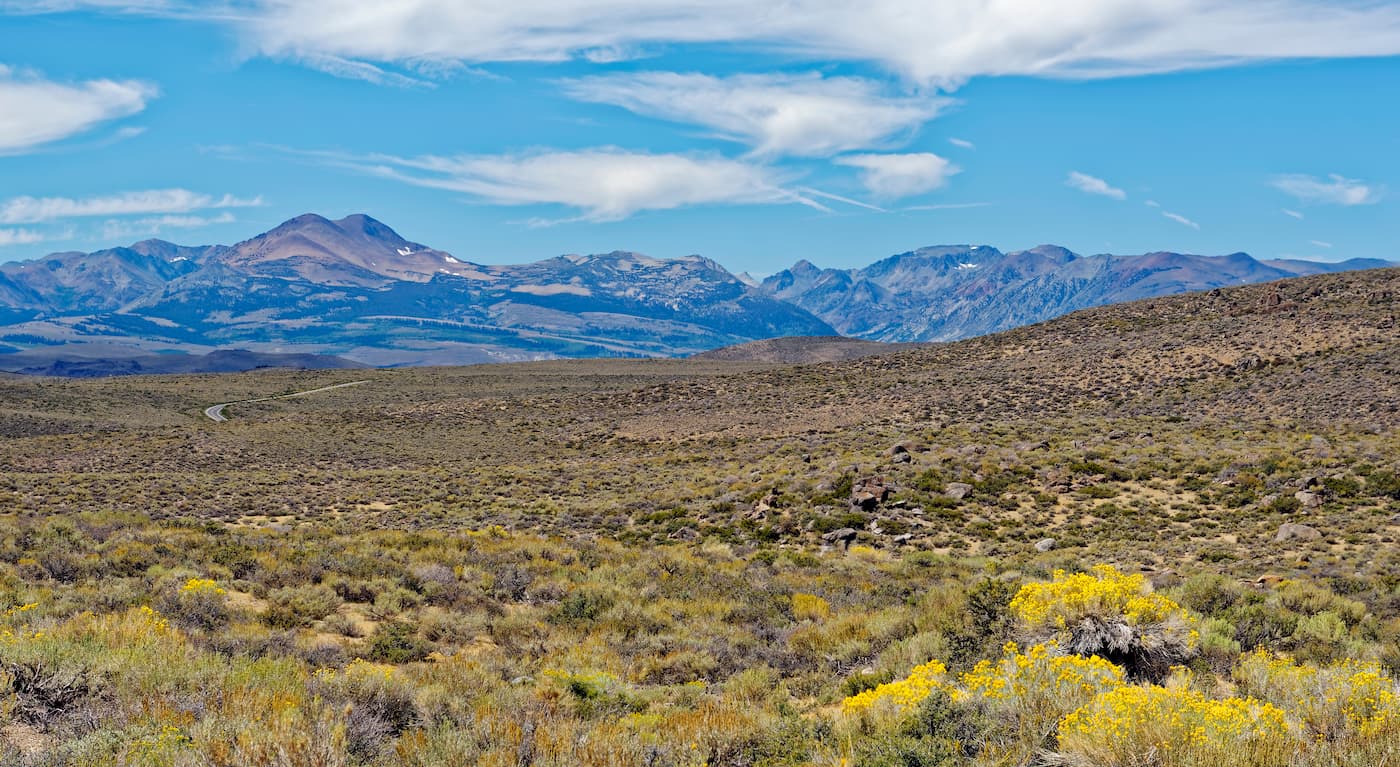 The range is separated from the high alpine peaks of the Sierra Nevada by the low-lying Mono Basin, which has an average elevation of about 6,380 ft (1,940m).

On the western side of the basin, the peaks of the Sierra Nevada rise up in Inyo National Forest, Humboldt-Toiyabe National Forest, the Hoover Wilderness, the Emigrant Wilderness, and in Yosemite National Park. This serves as a scenic backdrop to the relatively low elevations of the Bodie Mountains.

Meanwhile, the US Marine Corps Mountain Warfare Training Center is located just to the northwest of the range, as is the Carson-Iceberg Wilderness. To the northeast, the Bodie Mountains are bordered by the Pine Groove Hills in the Wovoka Wilderness Area.

Geologically, the peaks in the Bodie Mountains are part of the Great Basin Ranges, which covers nearly all of Nevada, as well as parts of California, Oregon, Idaho, Utah, and Arizona. This makes them distinct from the peaks to the west, which are part of the Sierra Nevada Range.

As this magma cooled, it contained a substantial amount of gold and silver, which then precipitated within the nearby igneous rock. Much of these precious minerals stayed relatively close to the surface in large ore deposits that would later drive a large gold rush in the region.

The Bodie Mountains and the surrounding area actually have a very interesting climate. They are technically considered to be dry-summer subarctic (Köppen Dsc), which means that they have warm summers and long winters that get a surprising amount of snowpack for the region.

In fact, the ghost town of Bodie often gets very high winds and cold nights, with below freezing temperatures happening all year long. Part of the reason why the region’s weather is so harsh is that it is at a fairly high elevation on top of an exposed plateau with relatively little forest for shelter.

View of the Bodie, ghost town.

However, despite its cold temperatures, the landscape in the Bodie Mountains, particularly around lower elevations is fairly typical of that found throughout the Great Basin Ranges. Much of the landscape is dominated by rolling sagebrush and occasional stands of pinyon and juniper. Both Potato Peak and Bodie Mountain are also technically high enough to accommodate small alpine ecosystems.

Like much of Eastern California and the Great Basin, the Bodie Mountains and the surrounding region have been home to humans for thousands of years. Countless groups have lived in and around the range, though the Northern Paiute, the Mono, the Western Shoshone, and the Washoe were among the largest and most dominant.

In 1859, after the height of the main California Gold Rush, W.S. Bodey, a prospector from New York, discovered gold in the Bodie Mountains. Although Bodey died soon afterward, his discovery, alongside the discovery of silver in nearby Aurora and in the Comstock Lode of the Virginia Range, at the same time, spurred a second gold rush into the area.

However, while mining efforts in the Virginia Range and Aurora expanded rapidly, Bodie (the town’s spelling differs slightly from that of its namesake) was relatively undeveloped. Once the deposits to the north were more or less exhausted, however, miners rushed into the town of Bodie, growing the population to 10,000 people in a matter of years.

The discovery of multiple lodes and the construction of the Bodie and Benton Railroad helped spur a construction spree in the region. Bodie quickly became a bustling town and was likely one of the largest cities in the state at the time.

After a number of large fires in the 1890s and 1930s, as well as the decline of mineral deposits, the town of Bodie was quickly abandoned. To this day, it remains a relatively well-preserved ghost-town, which gained formal National Landmark Status in 1961. The next year, the Bodie State Historic Park was established to help educate visitors about this important part of California history.

The two main peaks in the range - Potato Peak and Bodie Mountain - get much of the attention from hikers. There’s an unmaintained dirt road that offers easy access to the saddle between the two mountains, which are both relatively easy to summit with a short amount of off-trail travel. From the top, the peaks offer good views of Mono Lake and the Eastern Sierra Nevada in the distance.

Although the Bodie Mountains are located in a fairly remote part of California and Nevada, there are a few good places to stay before or after your visit. Here are some cities and towns to check out:

Located just over an hour’s drive to the southwest of the Bodie Mountains, Mammoth Lakes is a town of some 8,000 people. It is situated near Inyo National Forest and is a well-known destination for outdoor recreation, thanks to the popularity of the nearby Mammoth Mountain Ski Resort.

Mammoth has a small airport with scheduled nonstop flights to Los Angeles with additional seasonal service to San Diego. It’s also a good place to stay if you’re looking to head into Yosemite or if you want to explore the rest of the Sierra Nevada.

The city of Reno is located about 3 hours north of the Bodie Mountains. It is the largest city in the region with some 225,000 people, making it a cultural and commercial center of northern Nevada and eastern California.

Reno is a good place to start your journey if you’re coming from further afield as it has an international airport with great flight connections. It’s also located along I-80 and US Route 395, which connect it to the other major cities and towns in the area.

South Lake Tahoe is situated just over 2 hours to the north of the Bodie Mountains. It is the most populous city in El Dorado County with over 21,000 people. The city is a popular tourist destination, thanks to its mountain scenery and its proximity to Heavenly Mountain Resort. Although South Lake Tahoe doesn’t have a commercial airport with scheduled passenger service, it is within a short drive of Reno. 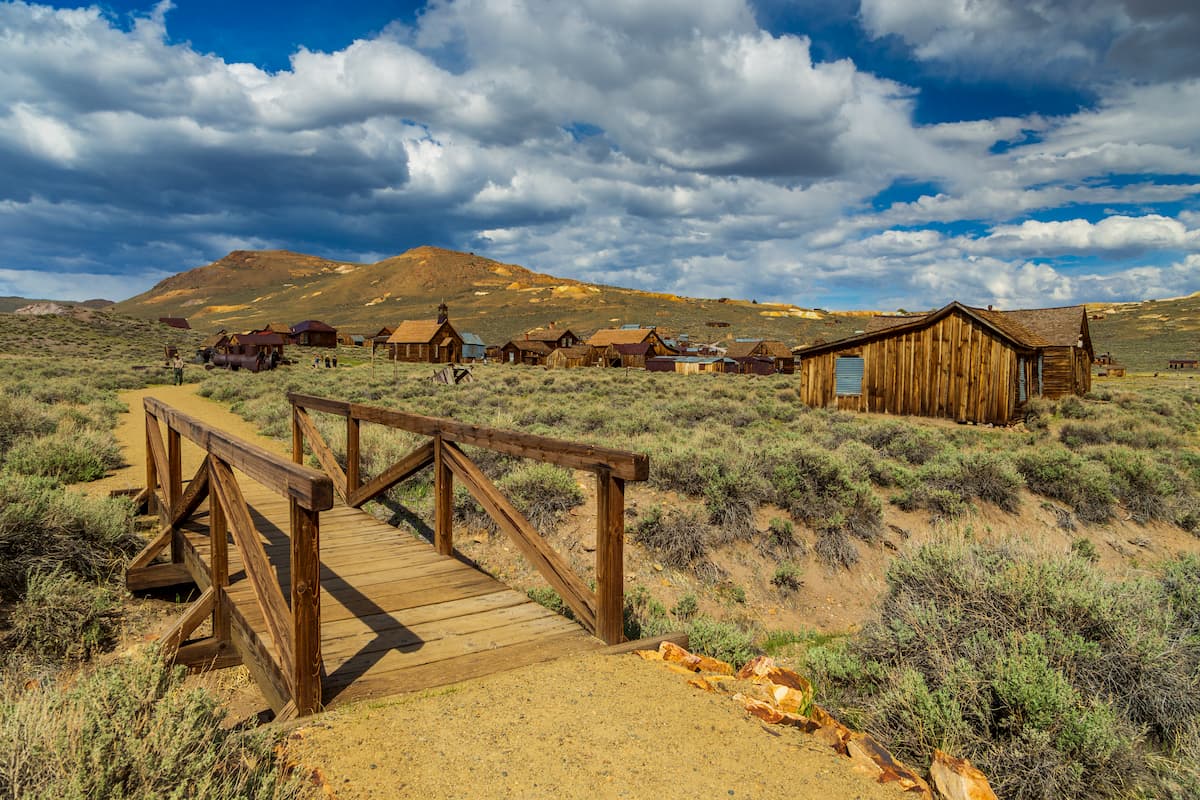 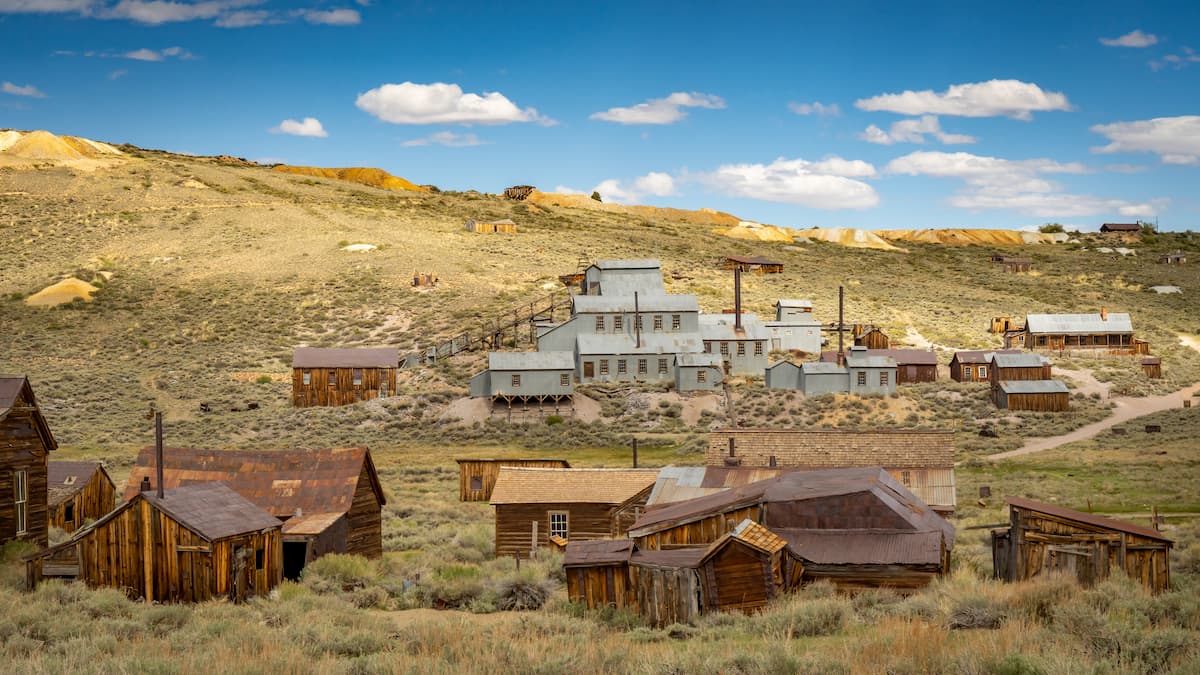 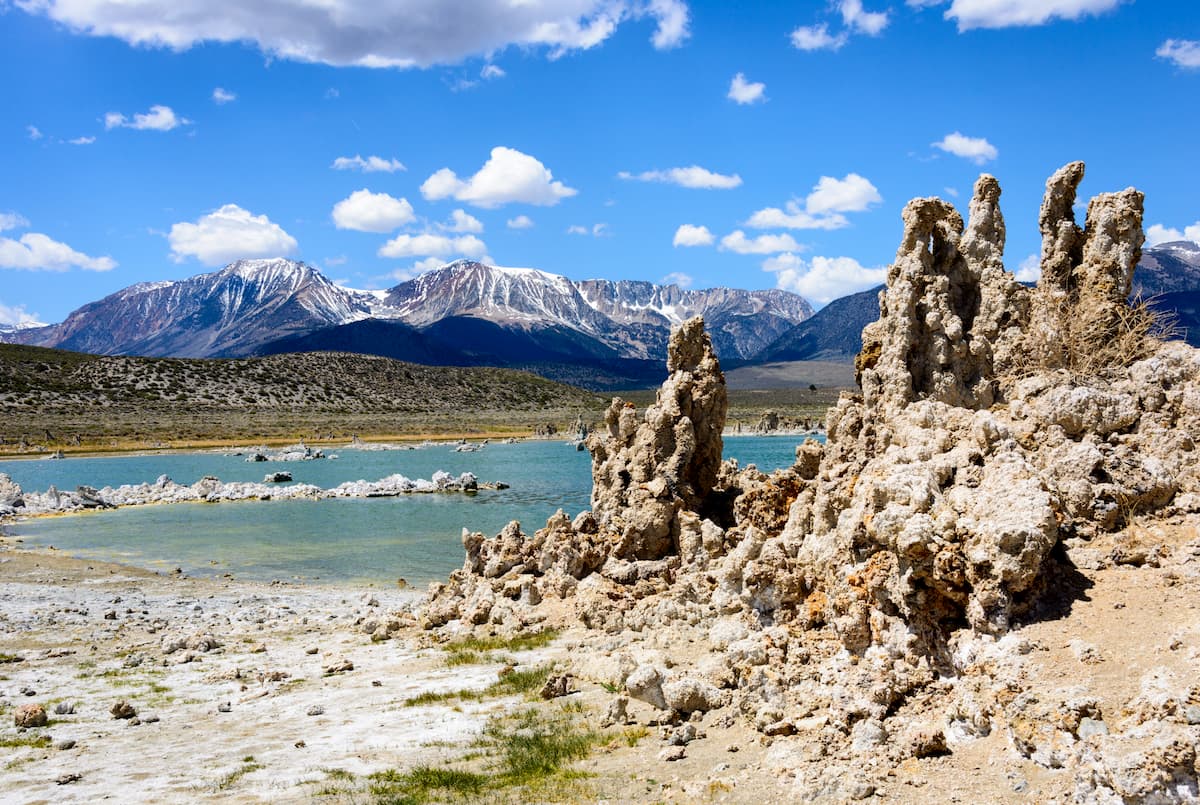 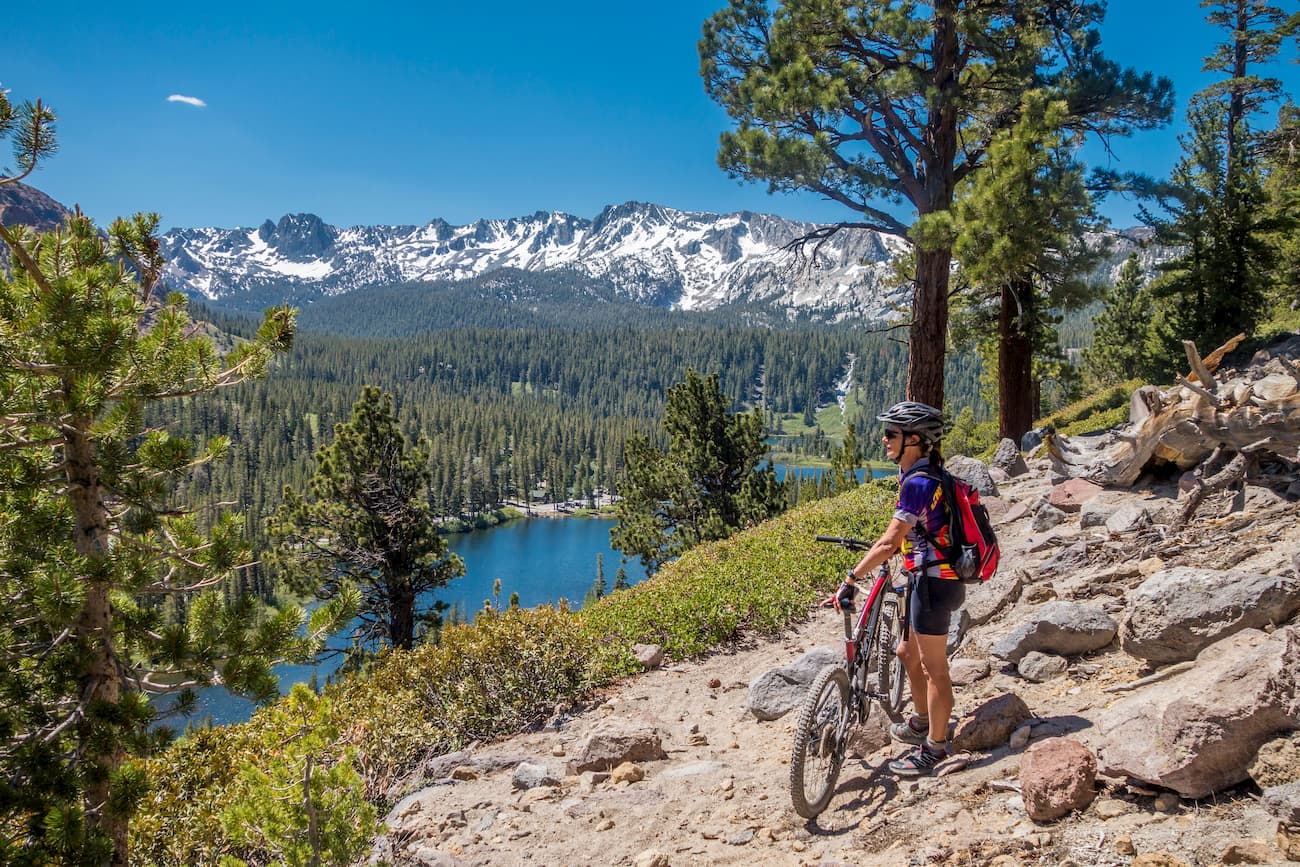 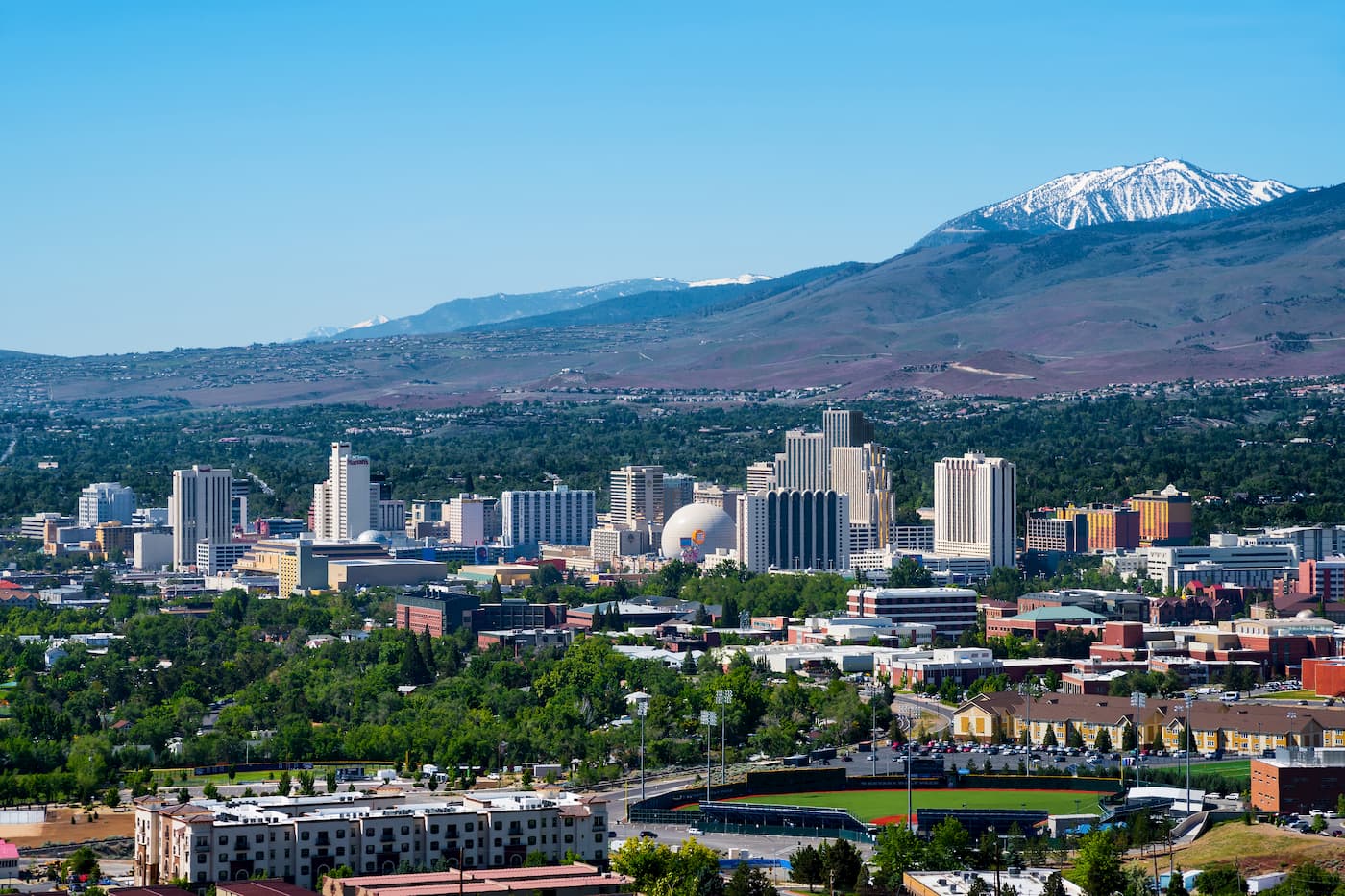 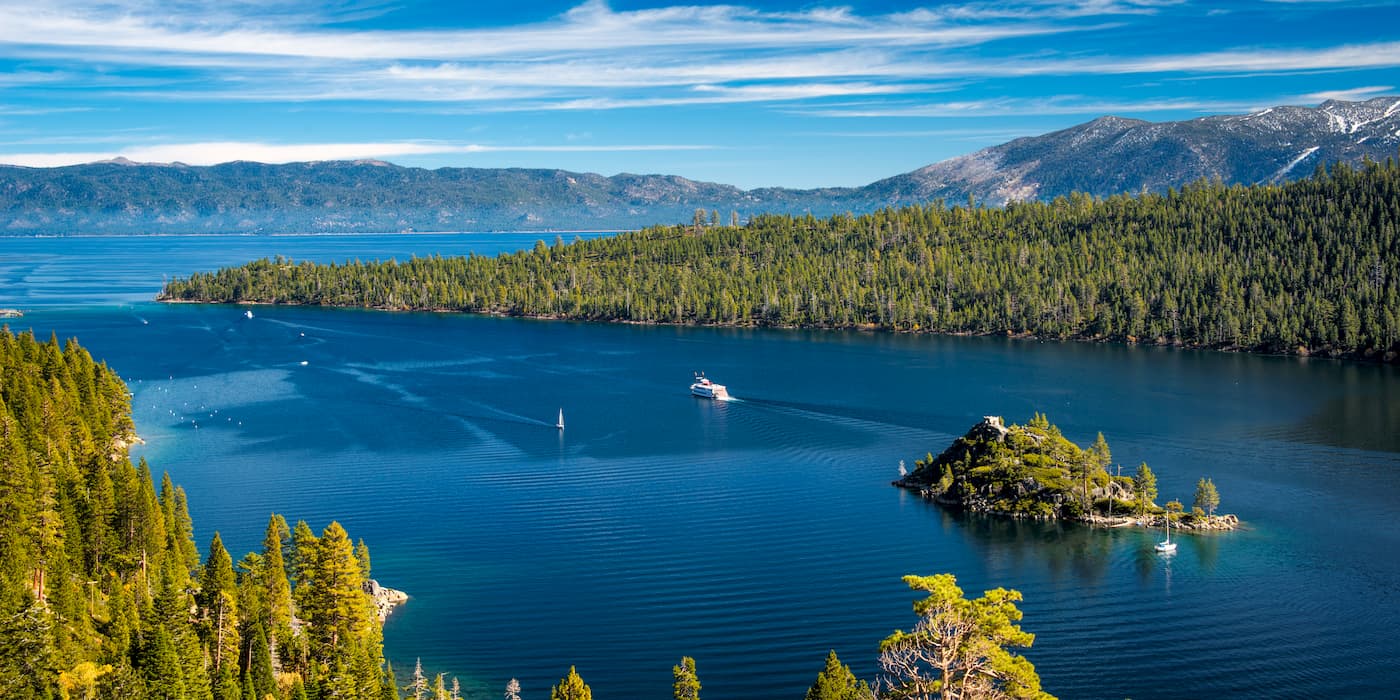