There are 2449 named mountains in Utah. The highest and the most prominent mountain is Kings Peak.

The second most arid of the 50 states, Utah can be divided into three distinct geological regions: The Rocky Mountains, the Great Basin, and the Colorado Plateau. Although Utah is considered a desert state, unlike other desert regions, there are no vast plains or lowlands and mountains can be found in 29 of its counties.

Along the western edge of the Rocky Mountains and stretching through the middle of Utah’s northern third, the Wasatch Range rises to almost 12,000 feet above sea level and stretches 160 miles from Northern Idaho to Central Utah.

The Wasatch Mountain Range is one of the most popular areas for outdoor recreation in the state and is home to a popular corridor, the Wasatch Front, and nearby Utah’s State capital, Salt Lake City. Although the Wasatch Range is Utah’s fifth-tallest range, it helps to sustain approximately 90 percent of the state’s population.

In Southwestern Utah, the Mineral Mountains extend for 28-miles and encompass Utah’s largest exposed mass of solidified molten rock. Resembling Middle-earth, the aptly named Mineral Mountains are characteristic of large pinnacle rock formations and are dense in minerals and stones. Granite Peak is the most notable peak in this area and is known for being a popular area for hiking, rock climbing, and mountaineering.

East of Moab, the second highest mountain range in Utah, the La Sal Mountains, spans approximately 10 miles and reach over 12,000 feet above sea level. The La Sals are characteristic of small, closely spaced clusters of summits. The highest point of the La Sals is the 12,720-foot Mount Peale and the second and third highest peaks, Mt. Mellenthin and Mt. Tukuhnikivatz are nearby. To the North, notable peaks include Mt. Waas and Manns Peak. 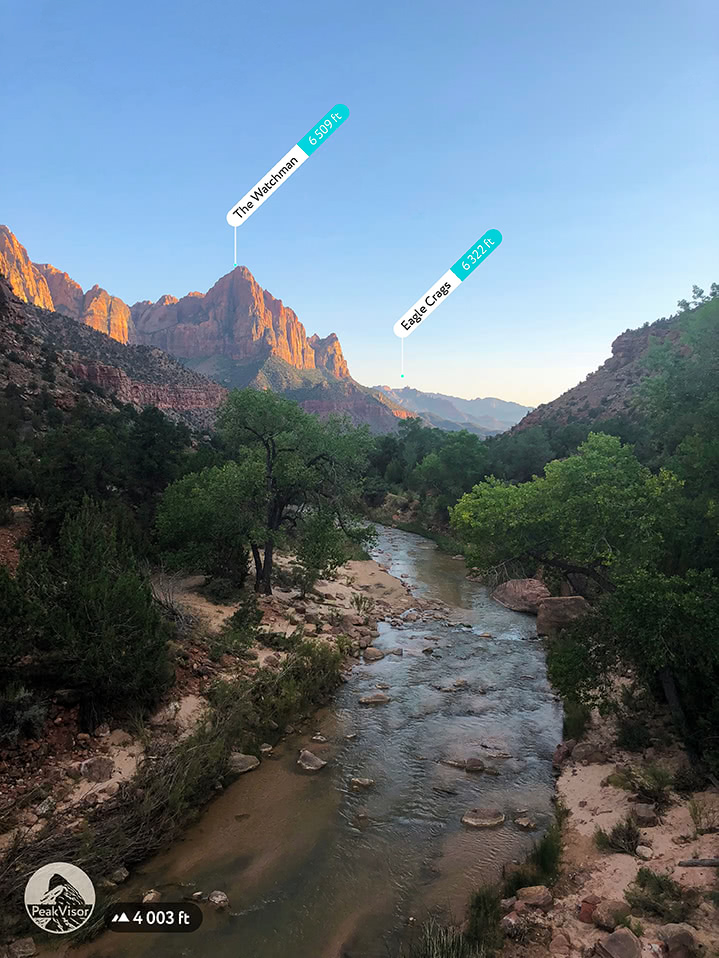 The Colorado Plateau is characterized by flatlands, vibrant gorges, and rugged mountains. Extending across the southern third of Utah, the Colorado Plateau is home to some of Utah’s most recognizable landscapes: Bryce Canyon, Grand Staircase-Escalante National Monument, Monument Valley, and Zion National Park.

The Twin Peaks Wilderness Area offers over 11,000 acres of wilderness for hiking, backpacking, and rock climbing. Within close proximity to Salt Lake City, this area is characterized by narrow canyons and towering peaks. Notable peaks in this area include Twin Peaks, Mount Superior, and Dromedary Peak. Popular hiking trails include the Lake Blanche Trail, a 6-mile round trip trail that meanders through aspen trees and offers views of the quartzite mountains and Sundial Peak, and the Sunset Peak trail, a 4.2-mile out and back trail that features panoramic views of Brighton Lakes, Mount Timpanogos, and Big Cottonwood Canyon.

The Uinta Mountains are Utah’s hidden gem. Just outside of Park City, adventurous visitors can backpack to King’s Peak, Utah’s tallest mountain, via a 28-mile mildly traversed trail, or take the 6-mile hike to Amethyst Basin and spend the afternoon taking in views of Ostler Peak soaring over a beautiful alpine meadow. Other notable hiking trails in the Uinta Mountains include Red Castle, Island Lake, and Ibantik Lake. With a variety of trails to choose from, visitors are sure to get their fill of alpine scenery and towering mountain peaks in the Uinta Mountains.

Arches National Park is one of the most popular areas in Utah for hiking, biking, and exploring Utah’s unique sandstone rock formations. Home to the world’s highest concentration of natural sandstone arches, visitors to Arches National Park can enjoy a variety of hiking trails that traverse awe-inspiring pinnacles, bright red balancing rocks, and over 2,000 unique natural arches. Delicate Arch is one of the most iconic landmarks in the state of Utah and a must-see for anyone visiting the park. Visitors can hike 3-miles of challenging terrain to get right beneath the arch or view the arch from two easily accessible viewpoints. Other popular hiking trails include the Double Arch trail and Park Avenue trail. Visitors can also opt for a scenic drive through the park, where several accessible pullouts overlook beautiful scenic vistas and other notable landmarks.

Zion National Park is another must-see National Park in Utah that features beautiful sandstone cliffs, narrow slot canyons, and a wide array of scenic trails. Zion is known for being highly accessible, and most of the park’s most popular trails can be accessed from the Zion Canyon Scenic Drive. Instead of driving, visitors can also hop on the free Zion Canyon Shuttle, which stops periodically to allow visitors to jump on and off at various trailheads. The most notable trails in Zion include the Canyon Overlook Trail, a 1-mile hike that offers views of Pine Creek slot canyon, Angel’s Landing, a strenuous hike to the most iconic landmark in the park, and the Narrows, which traverses the Virgin River as it flows through a slot canyon.

Park City is known for its world-class skiing, the Sundance Film Festival, and for hosting the 2002 Winter Olympics. Although Park City is commonly considered a ski town, it also offers over 400-miles of hiking trails, a variety of quaint boutiques and galleries, and is home to two of Utah’s most notable resorts: Park City Mountain and Deer Valley Resort. Park City is also accessible for visitors hoping to experience the Twin Peaks Wilderness Area or Wasatch Mountains State Park.

Located just outside of Zion National Park, St. George is known as the link between three geographical regions: the Mojave Desert, Colorado Plateau, and Great Basin. In addition to its close proximity to Zion National Park, St. George is also a short distance from Bryce Canyon, Snow Canyon State Park, the Grand Canyon, and Great Basin. Although St. George is often referred to as a quaint desert oasis the Green Valley Spa and Resort and Red Rock Mountain Resort and Spa are two luxurious resorts that offer modern amenities in the heart of town.