Zion National Park is a 147,000-acre desert sanctuary tucked in an incredible canyon in southwest Utah. The park, which is one of America’s most beloved national parks, preserves acres of epic red rock formations, 2,000-foot sandstone cliffs, and a labyrinth of naturally carved and brilliantly colored canyons.

Arguably the park’s most prominent feature is 229-square-mile Zion Canyon. The canyon, which spans 15 miles and reaches a depth of up to 2,640 feet, was carved by the North Fork of the Virgin River. The canyon runs southward through the Narrows before reaching the Temple, where the North Fork river plunges over a tall, seasonal, waterfall. The gorge then runs southwest through Zion before merging with Pine Creek Canyon and traveling through nearby Springdale. 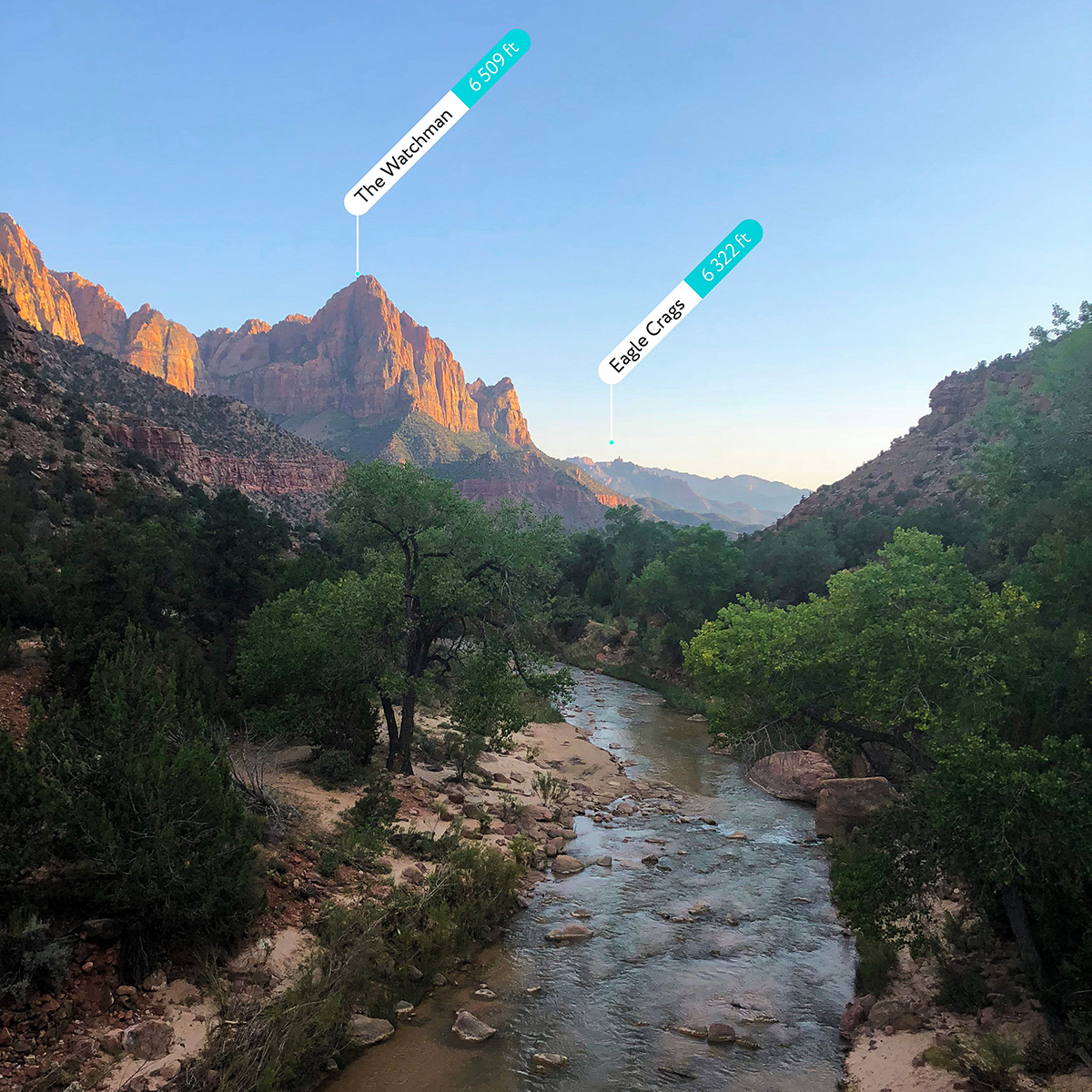 There are 80 named summits in Zion. The highest, Horse Ranch Mountain, is found in the Kolob Canyons region, a more primitive portion of the park. The park’s most iconic landmarks, however, like The Watchman, West Temple, Towers of the Virgin, Cathedral Mountain, and Altar of Sacrifice, can all be found along the park’s scenic Zion Canyon road. Additional striking rock formations include the Court of the Patriarchs, The Pulpit, The Spearhead, the Beehives, Mountain of the Sun, The Great White Throne, and Lady Mountain.

Nine known exposed geologic formations in Zion National Park are also part of the Grand Staircase, a super-sequence of sedimentary rock layers that stretch south from Bryce Canyon National Park and Grand Staircase-Escalante National Monument, through Zion, and into the Grand Canyon. Human inhabitation in the region started over 8,000 years ago with small groups of Native Americans. In the latter part of the 1800s, Mormon pioneers arrived in Southern Utah. Their Christian beliefs lent a hand in the area being re-named ‘Zion,’ a Hebrew word that translates to ‘refuge’ or ‘sanctuary.’

Before being designated as Zion Canyon, the area was named Mukuntuweap, a Paiute word meaning ‘straight canyon.’ Interestingly, in 1909, President Howard Taft designated the region as Mukuntuweap National Monument, what he considered to be the proper name of a place that once belonged to the Paiutes. However, long-time residents of ‘Zion Canyon,’ considered the name to be an insult to Mormon heritage and disrespectful to the Church of Jesus Christ of Latter-Day Saints. So, in 1918, the acting director of the newly created National Park Service, Horace Albright, renamed the monument ‘Zion National Monument.’ In November 19, 1919, Congress designated the region as Zion National Park. Today, the park’s most renowned landmarks have recognizably biblical names like Angels Landing, Altar of Sacrifice, The Watchman, Towers of Virgins, and Great White Throne.

Aside from its striking rock formations, Zion incredible biodiversity supports a plethora of plants and animal species. The park is often divided into four life zones – desert, riparian, woodland, and coniferous forest – each zone hosting a variety of plants and animals.

Over 289 species of birds and 75 mammals inhabit the park. On the plateau, above the canyon rim, Greenleaf manzanita, yellow-bellied marmots, elk, and black bear thrive. The Virgin River also gives life to Fremont cottonwood and boxelder. Desert tortoise and honey mesquite can be found at lower elevations. Though the park is best-known for its stunning sandstone cliffs, it’s a place of incredible diversity.

It’s worth noting, the park’s most frequented road, the Zion Canyon scenic drive, is open year-round, but is limited to shuttles only from March to November. The Zion-Mount Carmel Highway, Kolob Canyons Road, and Kolob Terrace Road see seasonal closures, depending on the weather. The park is also notoriously crowded during the summer. It’s important to plan out your trip well in advance to get the most out of your adventure to Zion.

Escape the summer heat by following the Virgin River through the narrowest section of Zion Canyon. The hike, which begins along the scenic Riverside Walk, requires adventurous hikers to trek through ankle deep (or waist deep) water as they make their way through the canyon. Though the trail spans 15+ miles, hikers can opt to turn around at any point, making this a fun option for all members of the family. Just remember to check in with a park ranger about weather conditions, the canyon is susceptible to flash flooding during inclement weather.

If you’ve spent any amount of time google searching infamous hiking trails in the states, chances are you’ve stumbled across Angels Landing. Angels Landing requires bold hikers to hug the side of sandstone cliffs, clinging to a set of chains. Arguably Zion’s most iconic trail, this trek takes hikers up the side of a mountain via an arduous set of switchbacks before following a narrow ridge to a 1,500-foot viewpoint overlooking Zion Canyon. Thrill-seekers will appreciate the vertigo-inducing views and chain-assisted rock-climbing. However, this trail should not be underestimated. This natural stair-master is dangerous and will surely test your fear of heights – It’s best to take your time and know your limits before making the ascent.

Not ready to tackle the death-defying Angels Landing? Canyon Overlook offers similar, stunning sweeping views of Zion Canyon. The trail is just a mile long, making it a short and safe alternative to view Zion icons like Towers of the Virgins, the Streaked Wall, East Temple, and Beehives.

Observation Point is another infamous Zion hike that draws visitors to the park from around the world. This strenuous, 8-mile hike ascends through the notorious Echo Canyon to dazzling views over Zion Canyon. Though Observation Point doesn’t have the same notoriety as Angels Landing, the views from this flat, sandstone plateau are equally as impressive.

Zion Lodge is the only lodge within the boundaries of the park and is located in the heart of ‘hiker’s paradise.’ The lodge, which is open year-round, features twenty-eight cabins, a variety of hotel rooms, and luxurious suites. The lodge is also surrounded by Zion’s spectacular 2,000-foot canyon walls and some of the park’s most popular attractions and hiking trails. Bike rentals, narrated tram rides, and transportation to and from the park are all available at Zion Lodge. Once you’re done exploring the park, you can refuel at Red Rock Grill or the Castle Dome Café.

If you missed your opportunity to check-in to the Zion Lodge, consider making the Zion Mountain Ranch your basecamp. This 8,000-acre ranch is just a few minutes from the park’s east entrance and offers visitors a peaceful, remote getaway in the mountains. Wake up and sip your morning brew to views of roaming buffalo from your own private cabin or rustic lodge room. The Zion Mountain Ranch also offers visitors the opportunity to go horseback riding through the mountains, canyoneering in Utah’s most dramatic slot canyons, or exploring lesser-known corners of Zion via jeep tours and guided hikes.

Springdale is a small town nestled immediately outside of the boundaries of Zion National Park. In fact, most folks can’t really determine where the park boundary ends and where Springdale begins. Springdale, which boasts a variety of accommodations and restaurants, is the perfect place to grab a bite to eat or spend the night. The Springdale shuttle, which stops at 9 different locations in Springdale, takes visitors to and from the heart of the park, so, as an added bonus you never have to worry about fighting for parking or figuring out how to get to the trailhead. Springdale’s walkability and charm make it one of the most popular destinations for visitors to Zion National Park. 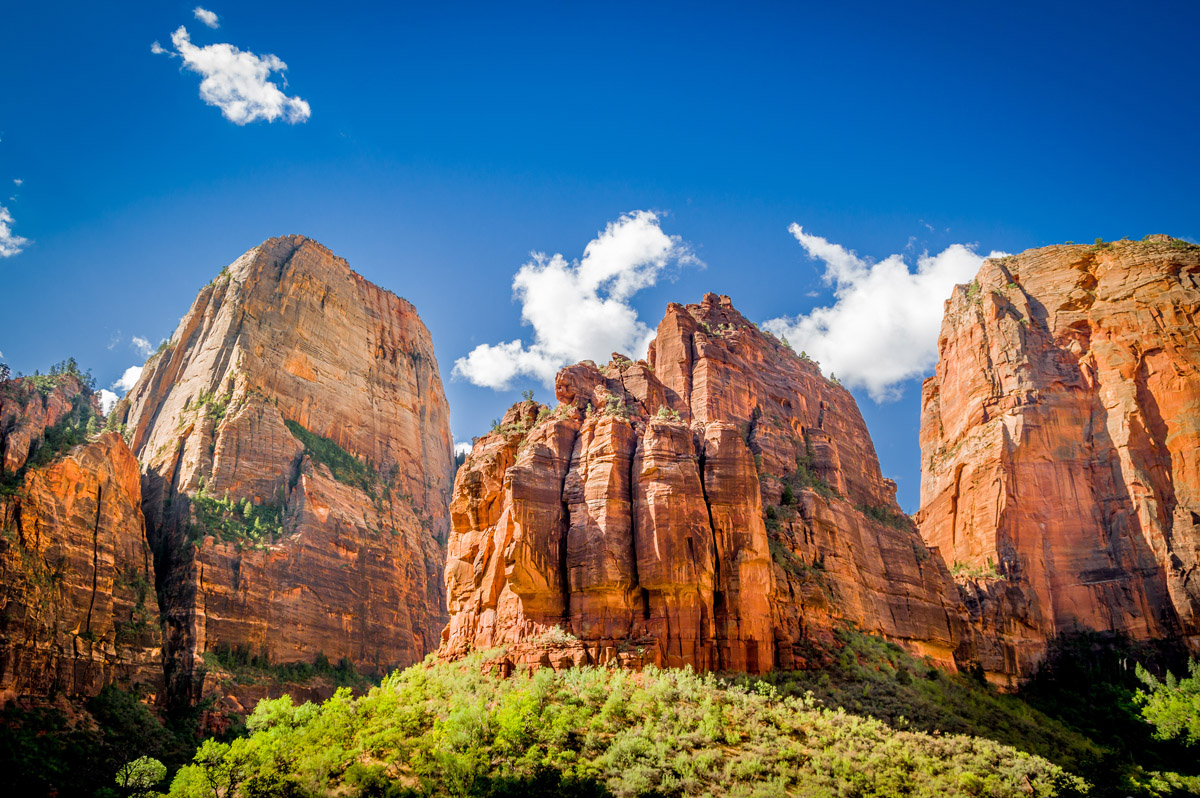 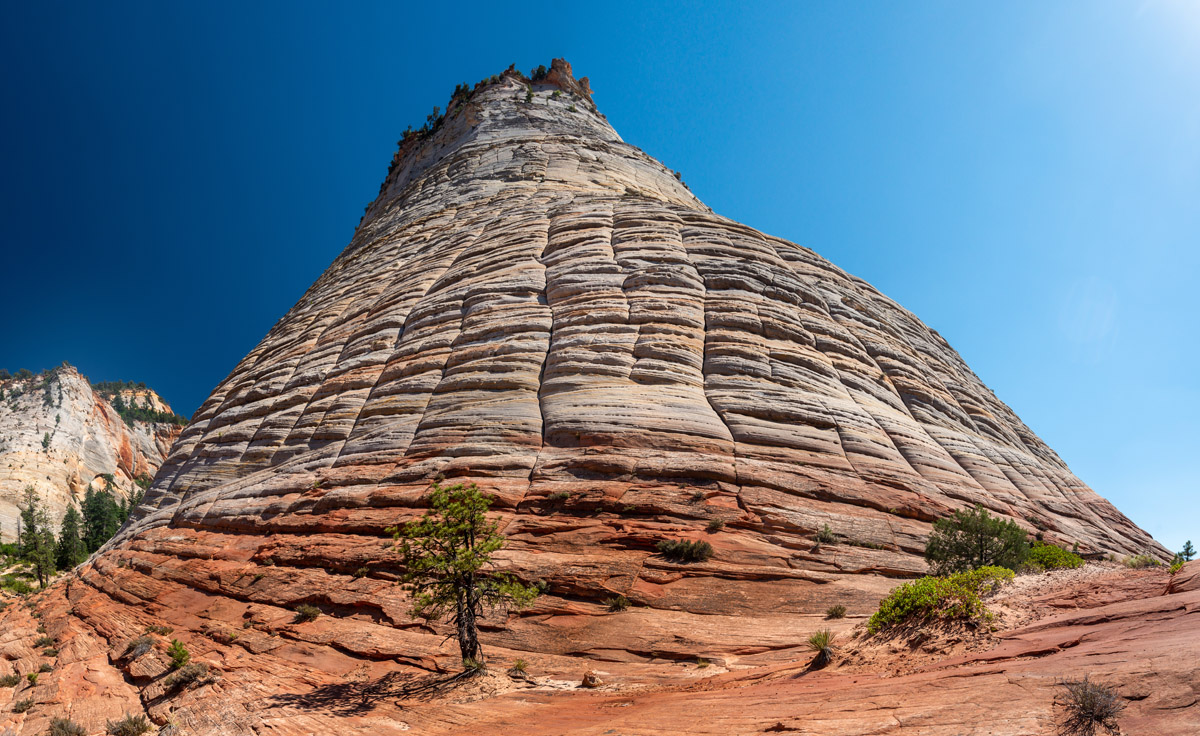 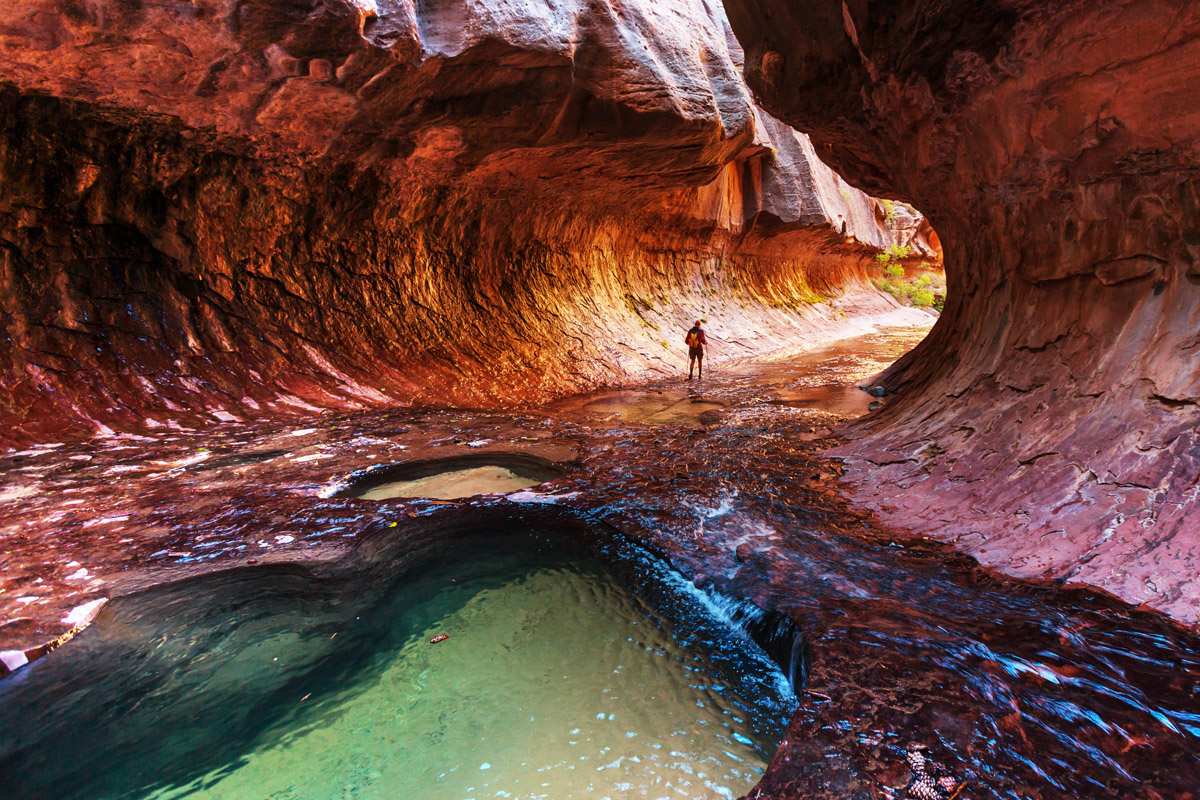 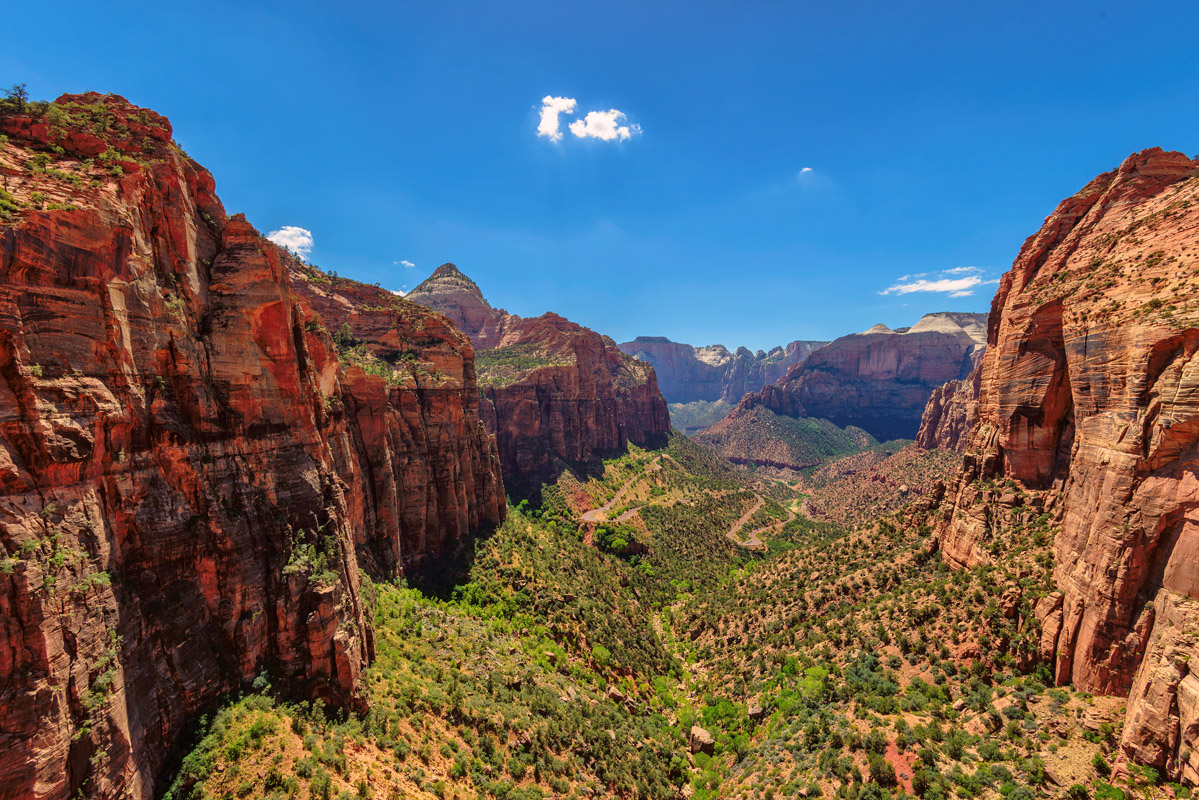 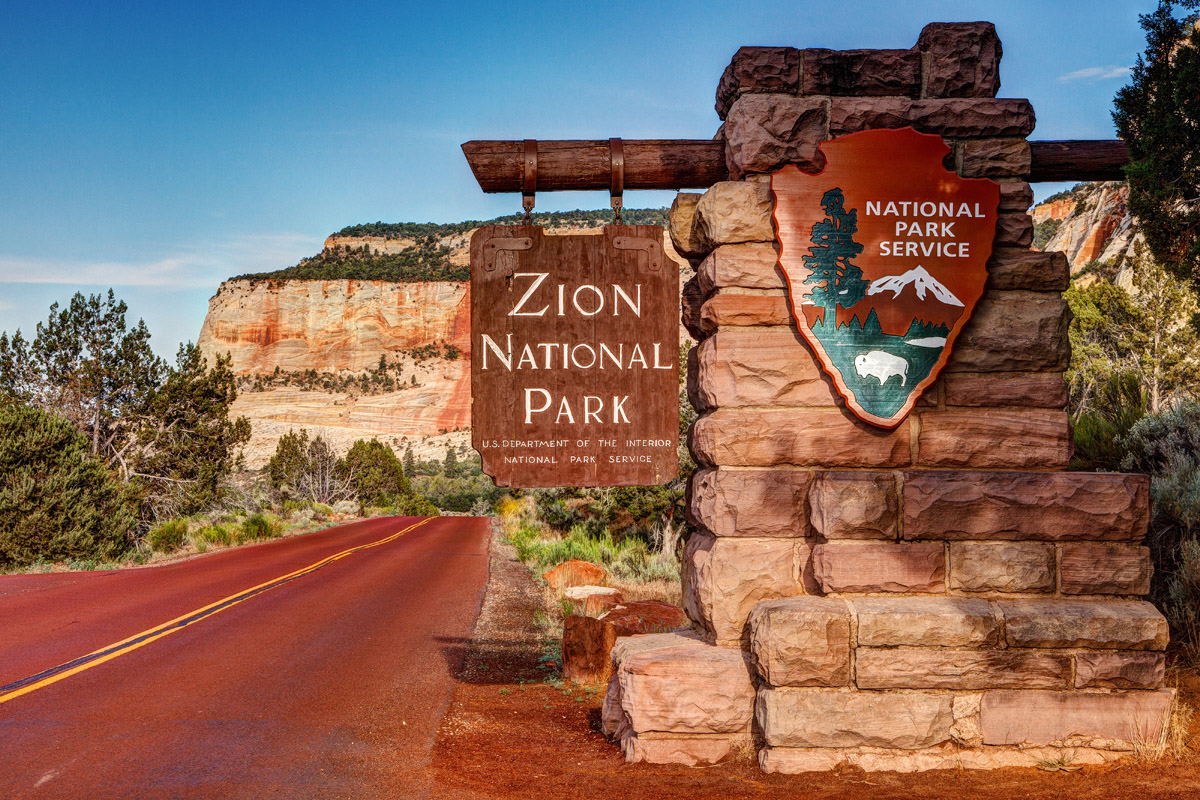 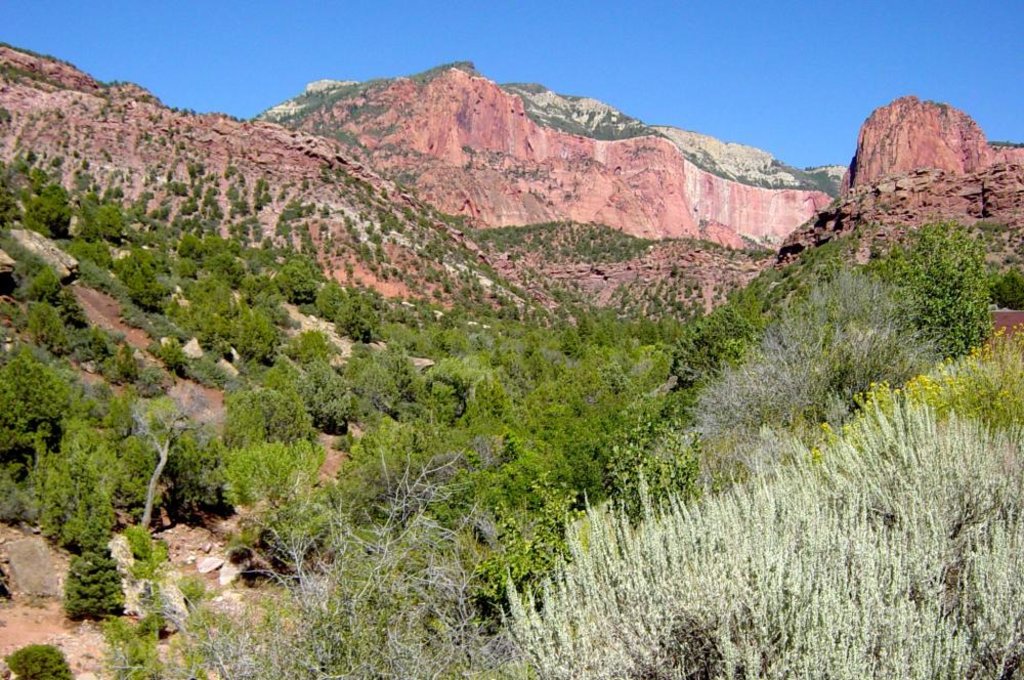