Fish Lake is a major feature of the forest that is surrounded by the Fish Lake Plateau. As a whole, Fishlake National Forest is dominated by forested hills that surround vast and open mountain meadows.

Another defining feature of the forest is the Pando clone. This aspen clone is thought to be the densest organism ever found, coming in at 13 million pounds (5.9 million kg). Today the Pando clone, which is a network of over 40,000 aspen trees, spans 106 acres (43 hectares) across the Fishlake National Forest. All of these trees share one massive root system.

The forest is split into four districts that now spread across nine different counties. Amidst the alpine lakes and forest hills lie rugged peaks. These mountains are often quite barren near the summit, allowing for panoramic views whilst hiking.

Fishlake National Forest shares a geological history with both the Colorado Plateau and the Great Basin Ranges, straddling the two regions.

The Colorado Plateau is known for its stunning rock formations, most of which consist of shales and sandstones. For the most part, the plateau started forming over 30 million years ago when the land started being uplifted to its current elevation.

The thrusting of this formation and the widespread erosion that followed left behind the arches, deep canyons, and basins that characterize the region today.

In addition to the large sedimentary strata that dominate much of the region of the Colorado Plateau, the Fishlake National Forest also contains a number of igneous intrusions. Meanwhile, the neighboring Basin and Range province is mostly underlaid by limestones and dolomites.

That being said, the formation of the forest’s most prominent feature—Fish Lake— is a result of complex geologic processes. Multiple widespread faulting events helped move the Fish Lake Basin to its current formation. Additionally, the glaciers that once dominated the region were also responsible for carving out some of the basin’s largest canyons, such as Pelican Canyon.

The forested sections of the protected land are dominated by aspen, ponderosa pine, juniper, spruce, and pinyon. Though less common, visitors will also find sagebrush, Douglas fir, gambel oak, and mountain mahogany. During the summer months, various wildflowers can also be found near the higher elevations in the forest.

Prior to European colonization, the Fishlake National Forest was home to numerous Indigenous communities. Around 9,000 years ago, a number of settlements were built along the shores of Fish Lake, the remnants of which can still be seen today.

The Ute people, including the ancestors of the Ute Indian Tribe consider the region to be part of their ancestral homelands. The Ute, who lived throughout what is now Utah and Colorado, initially consisted of 12 bands; however there are now three tribes of the Ute Nation.

During the mid-1800s, settlers began arriving in the region in search of gold or religious freedom. This led to the forced removal of many Indigenous communities from their land.

Theoretically, the Paiute were to receive the indefinite right to fish in the lake, as well as 1 beef steer, 9 horses, 500 lbs (227 kg) of flour, and 1 suit of clothes. The Fremont Irrigation Company reneged on its promise of indefinite fishing rights soon after the deal.

Ten years later, in 1899, President William McKinly established the Fish Lake Forest Reserve in order to protect the Fremont River and Fish Lake watersheds. The Fishlake National Forest was officially established after the reserve was re-designated in 1907 as a national forest. It was combined with other nearby forests in 1908 and 1923 to create the forest that we have today.

Fishlake National Forest is home to numerous hiking trails and outdoor recreation opportunities. Here are some of the top hiking areas to visit in the forest:

The trail to Bullion Falls is one of the most popular in the entire forest. The out and back route is 2 miles (3.2 km) long with 450 ft (137 m) of elevation gain. Starting at Miners Park, the trail winds its way through evergreen forests before reaching the rushing 60 ft (18 m) waterfall.

The hike up Delano Peak allows visitors to reach the highest point in the entire forest. The trail is 3 miles (4.8 km) in length with 1,650 ft (503 m) elevation gain. The peak is characterized by a giant heap of rocks with little to no craggy features.

The gentle slope of the peak allows for a moderate hike up to the summit. The open rolling hills and peaks throughout the region are clearly visible from the top, providing visitors with expansive views as a reward for their efforts.

The Sunglow Trail originates in the Sunglow Campground. This short 1 mile (1.6 km) trail has just 213 ft (65 m) of elevation gain, making it a suitable choice for family adventures.

Though the trail requires some minor rock scrambling, it is a short route featuring views of deep and narrow canyons. At the end of the trail visitors can witness a tree that is seemingly growing out of a rock.

Looking for a place to stay near Fishlake National Forest? Here are some of the best cities and towns to check out in the region:

The city of Richfield, Utah is located in the heart of Fishlake National Forest. The city has a population of around 8,000 people, making it the largest city in south central Utah. Due to its location outside of the Wasatch Front, Richfield is one of the more remote cities in the state.

The region surrounding the city has been inhabited for over 7,000 years dating back to the Fremont people. Today major employers of the region include the US Forest Service, which has its Fishlake National Forest Headquarters in the town of Richfield. Additionally, Richfield’s small downtown area is home to a number of fantastic local restaurants and businesses.

Located an hour and a half drive from the northern stretches of the forest lies the city of Provo, Utah. The city has a population of around 115,000 people, making it the third largest within the state. Brigham Young University (BYU) is also situated within the city limits.

The Wasatch Front towers over the city of Provo and, as such, the city is surrounded by a number of outdoor recreation destinations. Popular attractions include Provo Canyon, Sundance Mountain Resort, and Utah Lake State Park. The downtown area is also known for its large number of amount of restaurants. 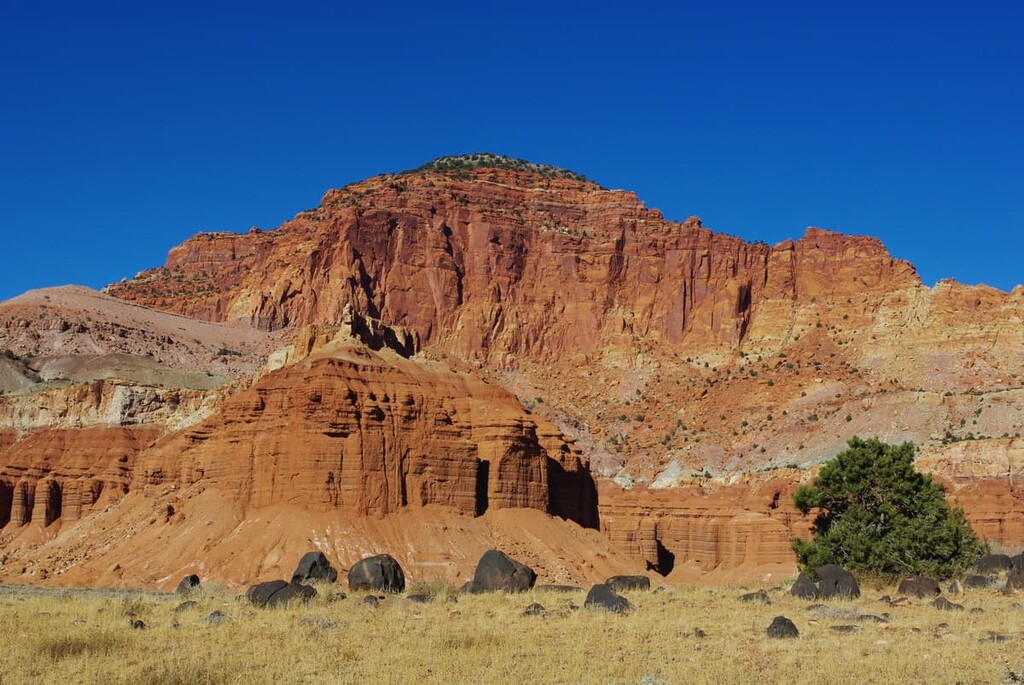 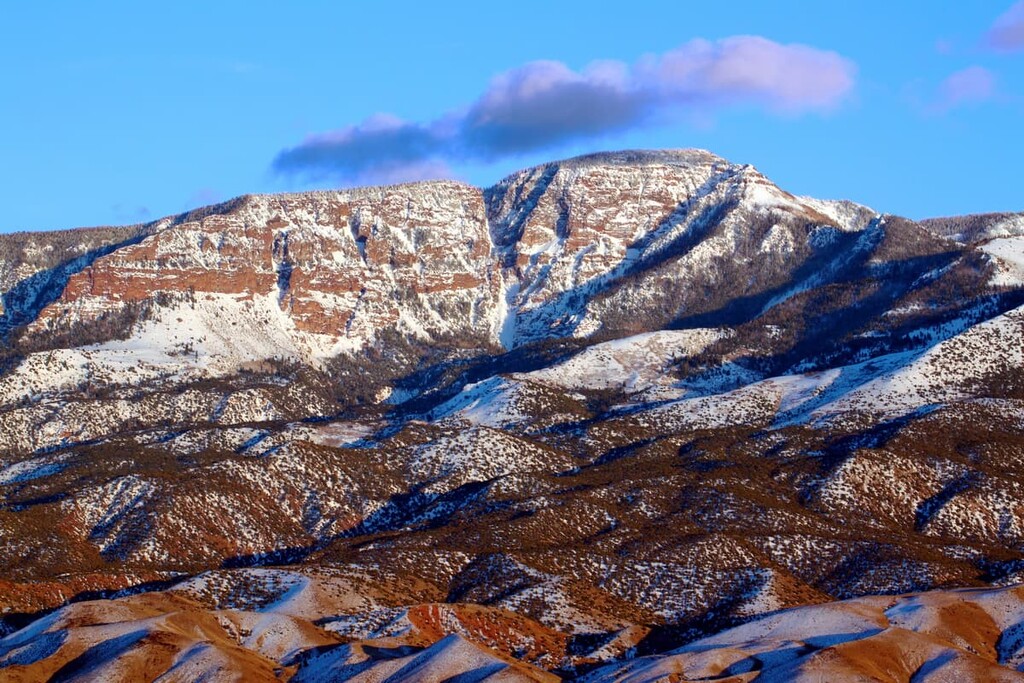 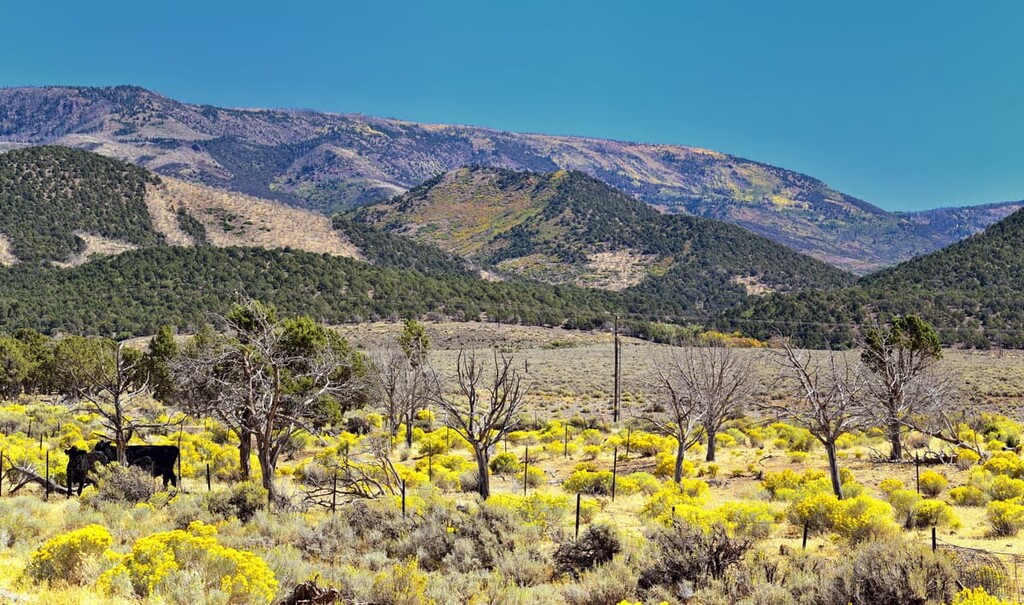 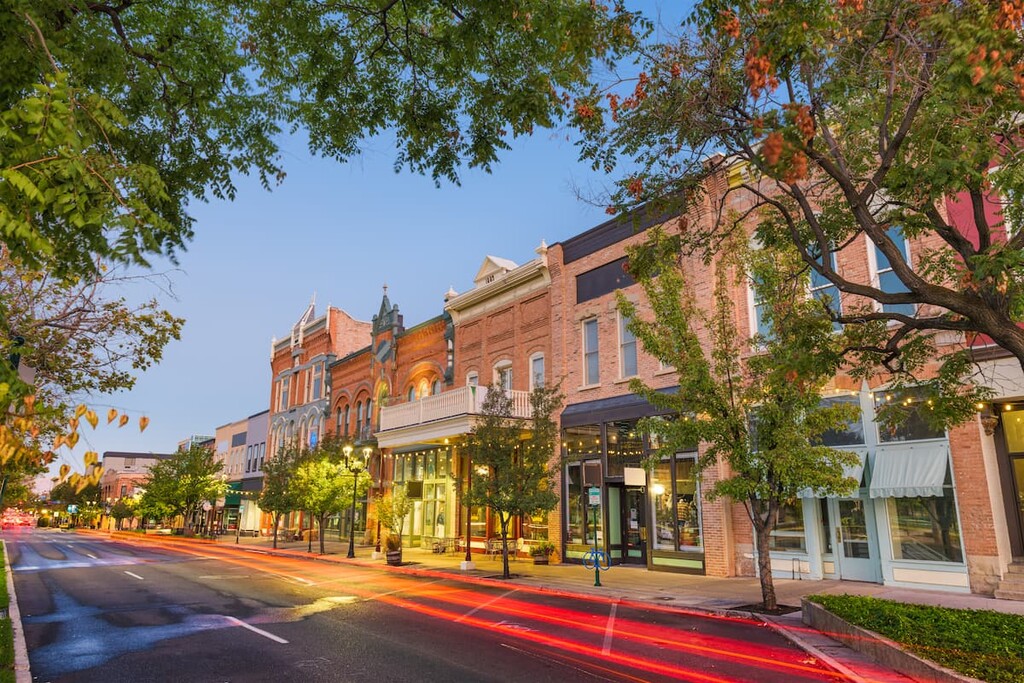