3 877 m
Elevation
Elevation is the altitude of a place
above sea level.

1 881 m
Prominence
Peak’s prominence is the least
vertical to be covered to get from the
summit to any other higher terrain.

The La Sal Mountains sit on the arid Colorado Plateau, near such famous desert landmarks as Canyonlands National Park and Arches National Park. However, due to their height, the La Sals are heavily forested and usually snow-capped until early summer (there is one snowfield on the north side that usually lasts year round). Mount Peale can be seen on a clear day from the Wasatch Plateau of central Utah, near Orangeville, over 115 miles (190 km) away. 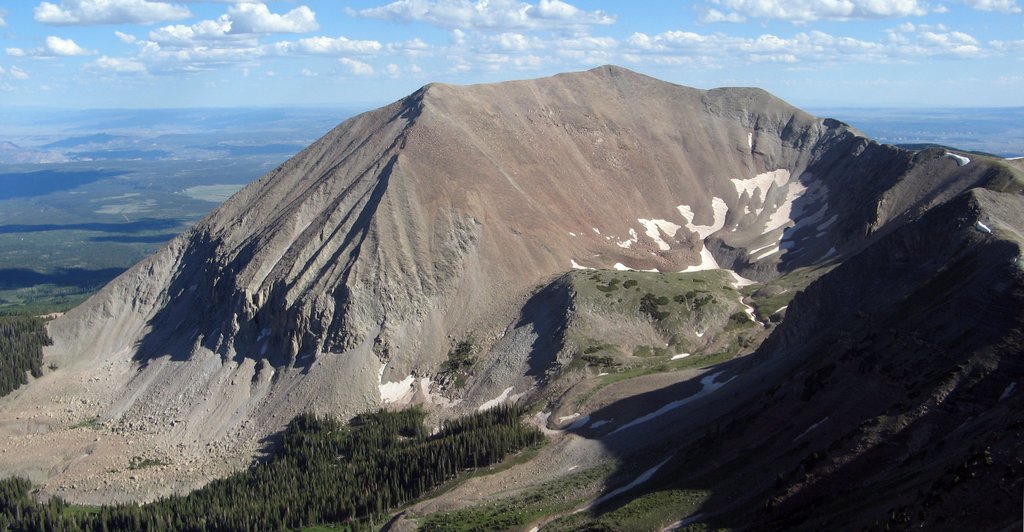