The Lakeside Mountains are a chain of peaks situated along the southwestern shores of the Great Salt Lake in the US state of Utah. The tallest and most prominent peak in the range is Craner Peak at 9,262 ft (6,621 m) in elevation and with 1,998 ft (609 m) of prominence. 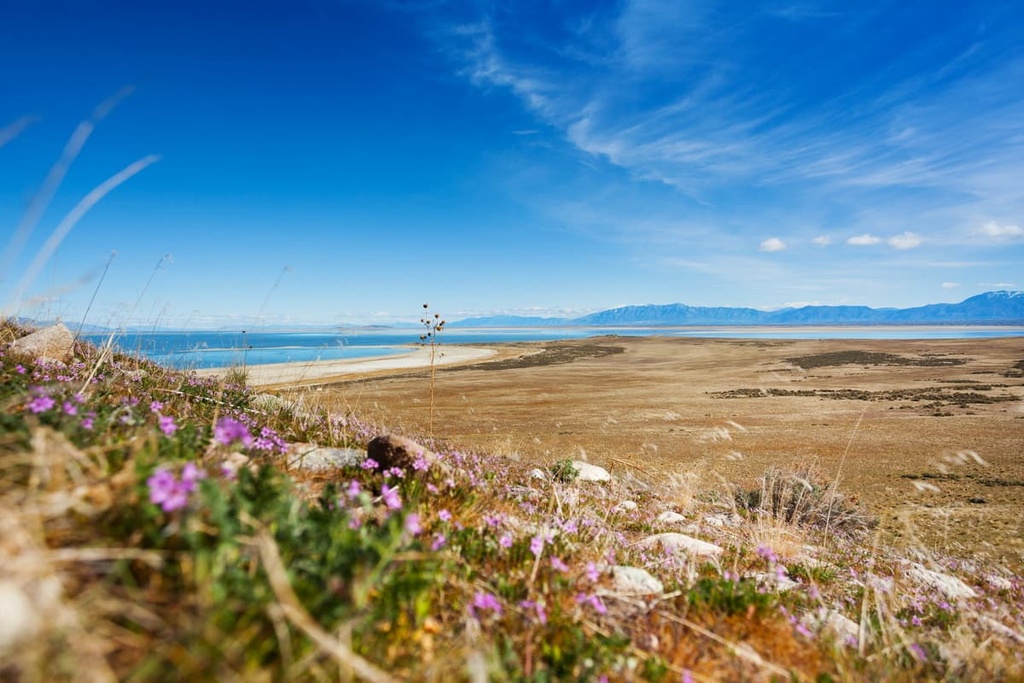 The Lakeside Mountains extend along the southwestern shores of the Great Salt Lake, which is located in northern Utah. This narrow mountain range is 34 miles (55 km) long and just 4 miles (6.4 km) wide.

For the most part, the Lakeside Mountains run in a north to south direction. They feature dramatic changes in elevations throughout. Peaks of varying elevations are scattered throughout the range, though the bulk of the elevation in the region is centered along a large massif that’s home to some of the tallest peaks in the range.

The mountains of the range are situated between the Great Salt Lake Desert on the west and Great Salt Lake on the east. Though they’re all part of one continuous chain, the Lakeside Mountains are often thought of as being in two separate groups—one to the north and one to the south.

The northern portion of the range trends to the northeast. Here, the high peaks give way to narrow and craggy ridgelines that are surrounded by small valleys. The valleys on either side of the ridges run parallel to the range.

This type of geography is similar to that of many of the mountain ranges within the Great Basin Ranges. The two sections of the range are separated by a low elevation saddle that’s situated next to Richins Knoll.

Elevations rise abruptly throughout the entire range as the flat desert and lake landscapes extend to the west and east. Just to the south of the range lies the Stansbury Mountains, which extend into the Onaqui and Sheeprock ranges.

The peaks within the Lakeside Mountains are part of the larger Great Basin Ranges, which extend throughout much of Nevada, Utah, Idaho, Oregon, and California.

The Lakeside Mountains are similar to many of the other Great Basin Ranges as they feature an alternating pattern of ranges and valleys. This unique repetition is what gives the Basin Ranges their name.

Tectonic extension stretched and pushed the earth’s crust to form the distinct geological features of the range. A majority of the peaks within the Lakeside Mountains are composed of sedimentary rocks. Throughout the range, there are also layers of metamorphic rocks, such as shale.

The Lakeside Mountains, similar to much of the Great Basin Ranges, are rich in minerals. Over the years, the range was mined for limestone, mercury, lead, and zinc.

Mining in the region was common for many decades, and it still is to this day. The Bingham Canyon Mine is the world’s largest open pit copper mine and it is located in the nearby Oquirrh Mountains.

The Lakeside Mountains are part of a larger ecoregion that spans across much of the Great Basin. As a whole, the ecoregion is known for being quite dry, as is showcased by the often barren desert landscapes.

At lower elevations in the range, hikers can often spot grasslands, sagebrush, and juniper trees. Other common plant species include cottonwood and aspen trees. Higher elevations within the range are often covered in grasses, shrubs, wildflowers, and the occasional mountain mahogany.

Just to the south of the range, within the Deseret Peak Wilderness, lives a herd of wild horses. The herd inhabits the Big Creek Canyon within the Stansbury Mountains.

The land surrounding the Lakeside Mountains has a rich human history that dates back long before the arrival of European Americans. Human settlements in the region date back over 10,000 years.

Indigenous peoples have lived throughout the area surrounding the Great Salt Lake since time immemorial. Some of the major tribal nations with ancestral ties to the area include the Confederated Tribes of the Goshute Reservation, the Skull Valley Band of Goshute Indians of Utah, the Ute Indian Tribe, and the Shoshone-Bannock.

During the mid 1800s, a man named Brigham Young sent a group of Mormons to settle in the region. This group created numerous settlements, many of which would grow into the largest cities in the area today.

Word of the opportunities for mining the high concentration of minerals in the surrounding mountain ranges led to a sharp increase in the region’s population. As groups of settlers continued to rise, the conflict with tribal nations ensued as many tribes were forced off of their traditional territory.

Following the Bear River Massacre in 1863, the Shoshone tribe joined forces with the Bannock tribe in an effort to take back their land. The battles that broke out would later be known as the Snake War, which led to the Shoshone people being forcibly moved to reservations located in Idaho and Wyoming.

The Uinta National Forest, which is partly located just to the south of the Lakeside Mountains, was established in 1897. In 2007, the forest was combined with two other national forests in order to form the Uinta-Wasatch-Cache National Forest.

Best Hikes in the Lakeside Mountains

The Lakeside Mountains are not as accessible for hiking as many of the surrounding ranges. However hikers can still explore the range through some off-trail hiking adventures.

The tallest peak in the range, Craner Peak is located on land managed by the Bureau of Land Management. To get to Craner Peak, hikers need to travel to Milepost 12 on Frontage Road, which runs parallel to I-80. Then, hikers should take the unmarked road on the left.

After 3.5 miles (5.6 km), the road takes off to the right. Hikers traveling this route should have a high clearance vehicle as the road is quite rough. Take the first right toward Craner Canyon Road.

Because the peak is managed by BLM, hikers can chart their own route to the summit while venturing off trail. Climbing to the summit is roughly 2 miles (3.2 km) with around 1800 ft (549 m) of elevation gain. Rattlesnakes are present in the region, so hikers should watch where they step throughout the trek.

Situated in the central region of the Lakeside Mountains lies Jedediah Mountain. The best way to approach the summit is from the west side. The barren landscape on the mountain allows hikers to make their own route to the peak where hikers have a great view of Great Salt Lake.

Just to the north of Craner Peak lies Black Mountain. To access the peak, hikers can take the same route as Craner Peak through Craner Canyon. Surrounding the peak is Peepstone Canyon, Vindicator Canyon, and Marblehead Quarry, all of which make for good day trips, too.

Looking for a place to stay near the Lakeside Mountains? Here are some of the best cities and villages to check out in the region:

Just east of the city lie the Uinta-Wasatch-Cache National Forest and Ashely National Forest. Salt Lake City is also in close proximity to five major national parks. Surrounded by mountains, the city is a popular destination during the winter months as well. There are nine ski resorts within an hour of the city, too, if you’re looking for some wintertime adventure.

Situated to the south of Salt Lake City along the shores of Utah Lake lies the city of Provo. Home to Brigham Young University, Provo has a population of 116,000 people, and a metro population of 620,000 people. Though smaller than Salt Lake City, Provo also enjoys the benefits of its close proximity to the surrounding mountains and national forests.

The city’s plethora of hiking, running, and mountain biking trails are great opportunities for adventure during the summer months. Meanwhile, visitors to Provo during the winter have a plethora of ski resorts to choose from. Provo is also home to numerous local restaurants and museums. 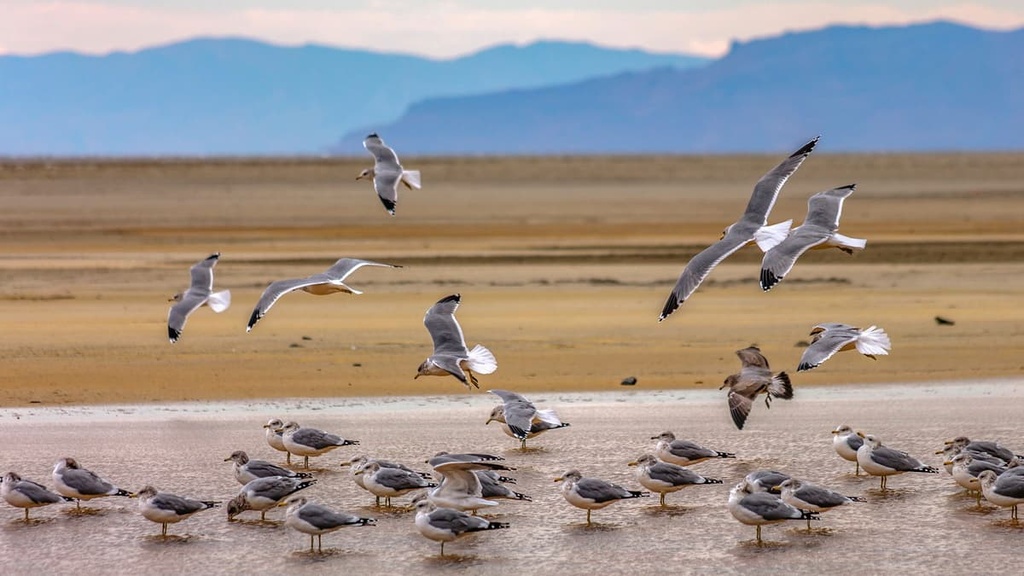 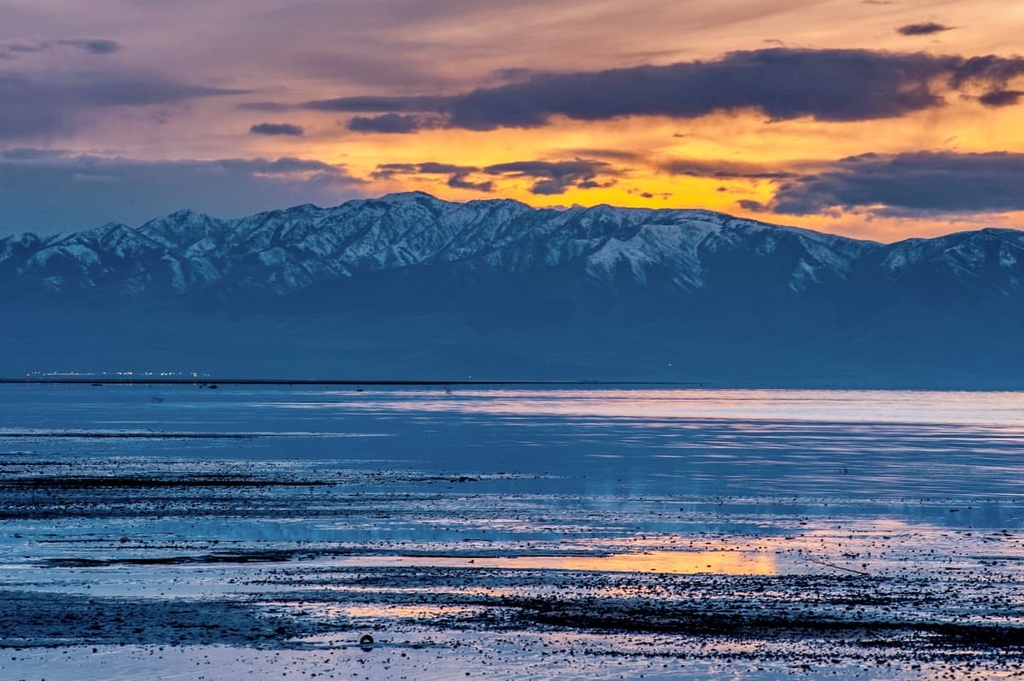 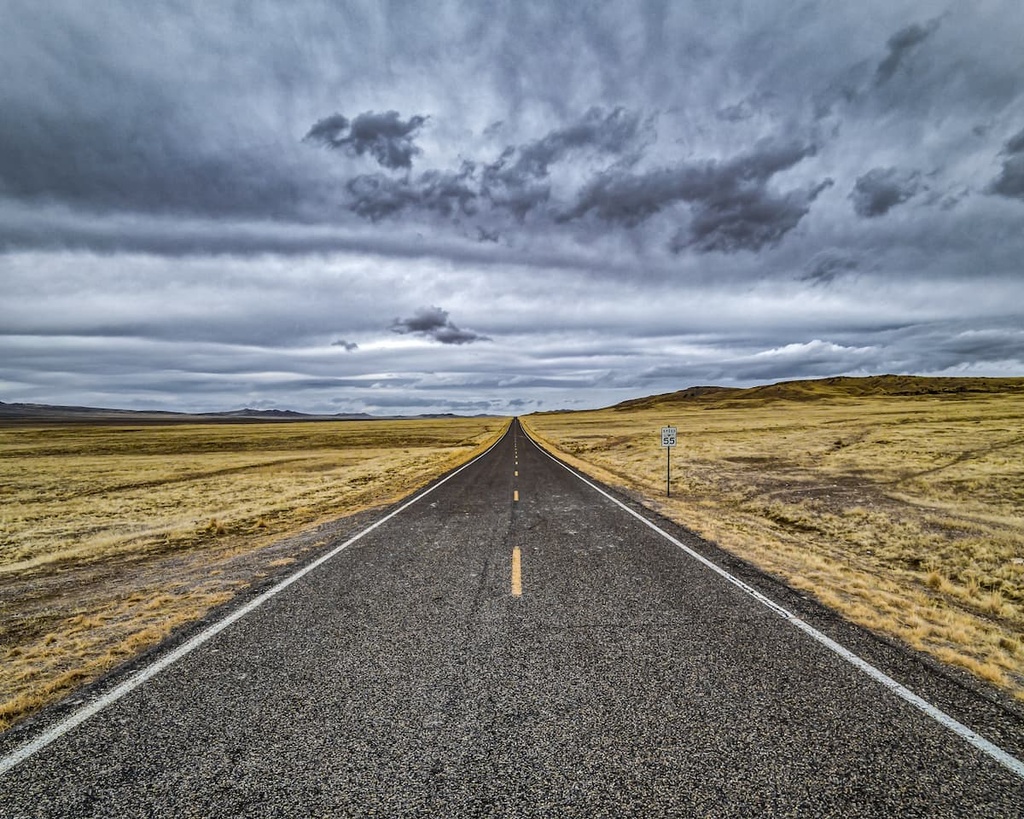 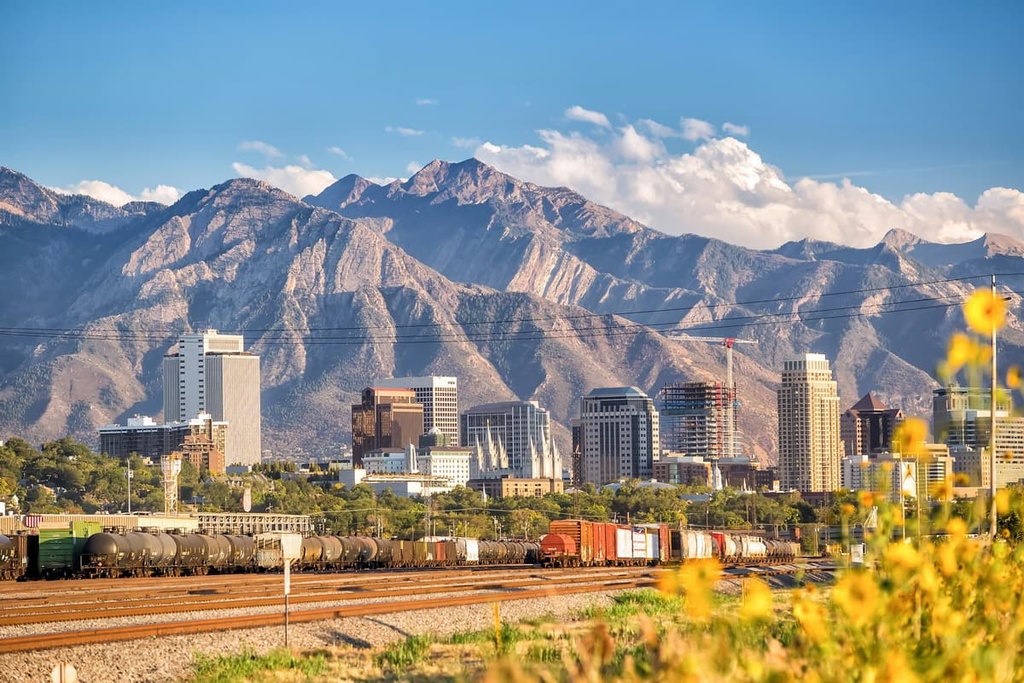 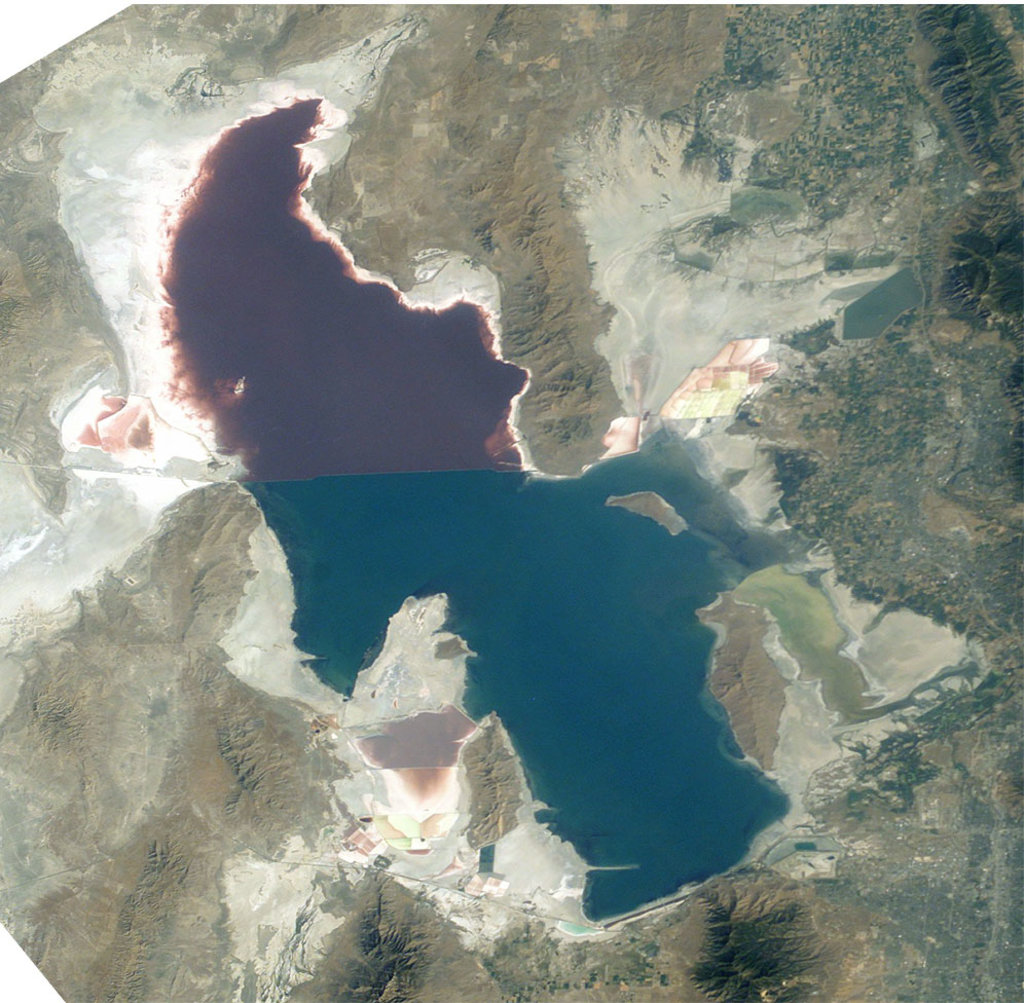