Wyoming
3
Mountains with prominence of 1 ⁠500 ⁠m / 4 ⁠921 ⁠ft or more.
Highpoint

There are approximately 109 named mountain ranges and 1,928 named mountains in the Cowboy State, Wyoming. The highest and the most prominent of them is Gannett Peak.

Interestingly, Wyoming is the 10th largest state, by area, in the United States, but the least populated and second most sparsely populated state in the country, a fact that attributes to the state’s reputation as being wild and remote. Almost half of the land in Wyoming is owned by the U.S. government, including its two noteworthy National Parks, Grand Teton, and Yellowstone.

Generally, the state can be divided into three primary geographical areas: The Rocky Mountains, the Intermountain Basins, and the Great Plains. For the most part, Wyoming’s Western landscape is dominated by mountains, while the Eastern portion of the state is made up of prairies and plains.

The Rocky Mountains, in particular, span the majority of Wyoming’s Western landscape and include notable ranges like the Bighorn Mountains, the Absaroka Range, the Tetons, and the Wind River Range. Gannett Peak, the highest peak in the Wind River Mountains, reaches 13,802 ft, while the most recognizable Wyoming peak, Grand Teton, reaches 13,770 feet. 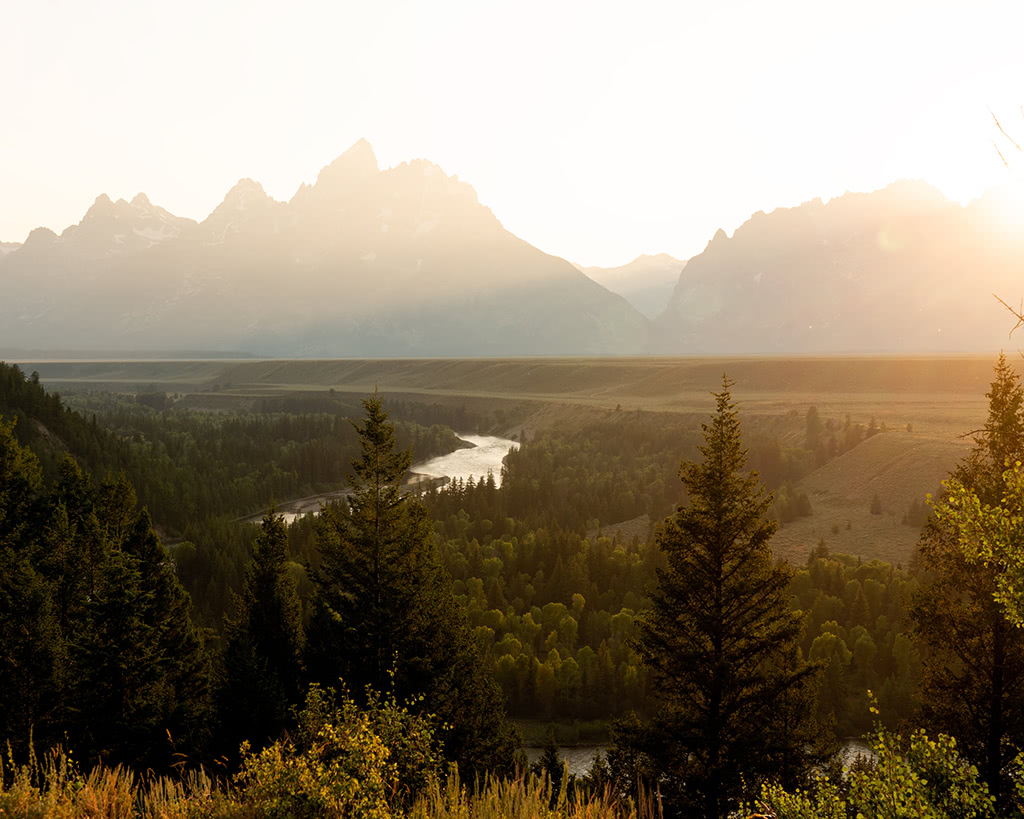 In the Southern Region of Wyoming are the Laramie, Snowy and Sierra Madre ranges. The Laramie range, albeit lower in elevation than its neighboring mountains, spans for approx. 130 miles and is part of the Central Rocky Mountain chain - its highest Wyoming peak is Laramie Peak. The Snowy Range, a sub-range of the Medicine Bowl Mountains, is home to the Snowy Range Scenic Byway, the second highest mountain pass in Wyoming, which rises from 8,000 feet to a height of 10,847 feet above sea level. The Sierra Madre Range, a lesser known range in Wyoming, lies South of the Great Divide and its dominating feature is Bridger Peak.

A small portion of The Black Hills, an isolated mountain range surrounded by the Great Basin, extends into Wyoming. Albeit not as popular as the South Dakota portion of the Black Hills, Devil’s Tower, a large dome of volcanic rock, is considered one of the most recognizable features in the state of Wyoming.

Grand Teton National Park offers over 200 miles of hiking trails that traverse pristine lakes, alpine terrain and unparalleled views of the Teton Range. One of the most notable hikes in Grand Teton is the Cascade Canyon Trail, a 13.6 out and back trail at the base of the Tetons that begins with a boat ride across Jenny Lake and features a 200-ft waterfall, as well as views of Teewinot Mountain and Mount Owen. Less adventurous travelers can experience the Tetons by visiting several scenic vistas and viewpoints like Schwabachers Landing, Snake River Overlook, or Oxbow Bend. 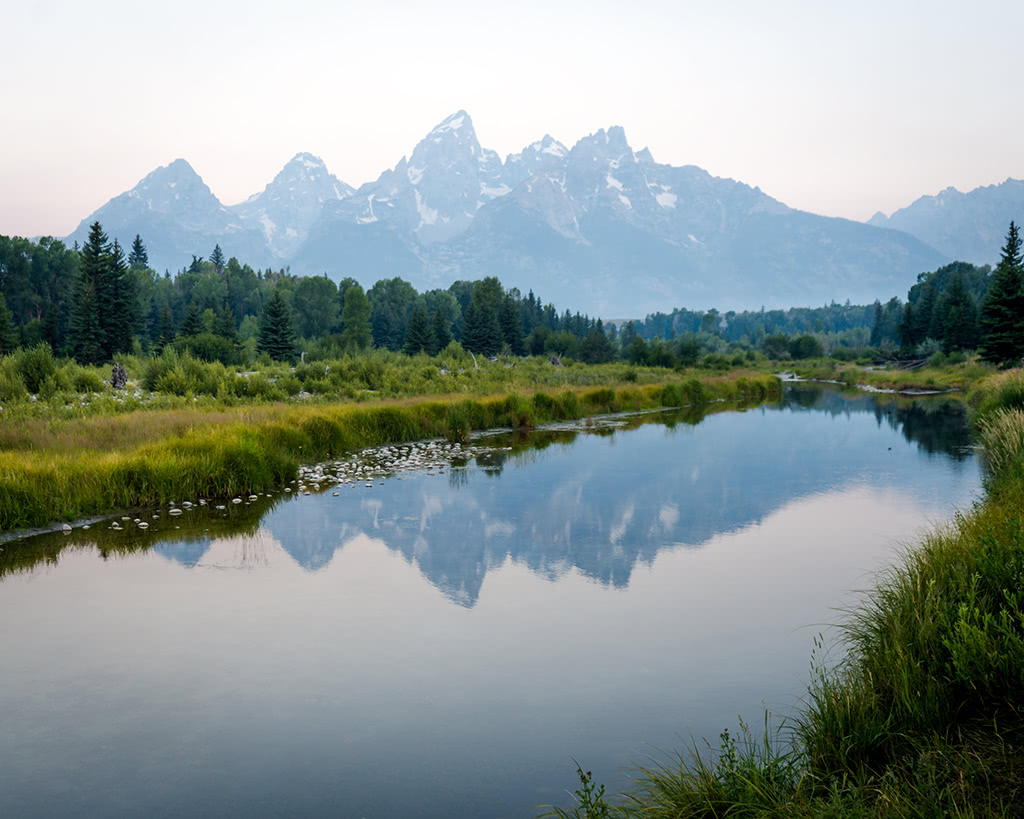 Medicine Bow Peak has four different trailheads that lead to the summit. Hikes range from 1.6 - 7.5 miles and offer unparalleled views of alpine lakes and Wyoming wilderness. Part of the Snowy Range, Medicine Bow Peak is the highest mountain in Southern Wyoming and is still considered a local hidden gem.

Yellowstone National Park is the country’s first National Park and best known for its geothermal features and abundance of wildlife. The park also offers more than 2.2 million acres and 900 miles of hiking trails to explore. One of the more popular trails, Uncle Tom’s Trail, travels to the top of the Grand Canyon of the Yellowstone to the base of the 308-foot Lower Falls.

The Continental Divide National Scenic Trail, a 3,100-mile long trail that follows the Continental Divide from Mexico to Canada, traverses some of Wyoming’s most scenic and breathtaking landscapes. This epic trail passes through 550 miles of Wyoming wilderness, including Yellowstone, Grand Teton, Absaroka Mountain Range, Two Ocean Pass, and the Wind River Range. Visitors often travel shorter portions of this trail to view wildlife, hike, backpack, or simply take in the scenery.

Surrounded by mountains, Jackson (also known as Jackson Hole) is just a few miles West of the Continental Divide and is an ideal hub for outdoor recreation and adventure. The largest town in Teton County, in Jackson you can expect to find ample wildlife, several winter ski resorts, and a variety of family-friendly activities, shops, and restaurants. Jackson Hole is particularly popular during winter months because it provides easy access to Ski resorts in the area, but it is also an ideal place to stay for visitors to Grand Teton National Park and Yellowstone.

Buffalo is a historic town that sits at the foothills of the Bighorn Mountains. Rich in history, Buffalo, is best-known for being home to the 131-year-old Occidental Hotel, where U.S. president Teddy Roosevelt once stayed. Buffalo sits at the crossroads of the Cloud Peak Scenic Byway, the preferred route to Yellowstone National Park, and is best-known for its quaint Western vibe.

Pinedale is a mountain town that sits beneath the Wind River Mountains. Visitors to Pinedale will be close to Bridger Wilderness, home to the highest mountain in Wyoming, Gannett Peak, and Fremont Lake, as well as a variety of backcountry ski trails. With over 1,300 lakes, rivers and streams, Pinedale is also an ideal location for fishing and boating. Pinedale offers a variety of lodging and accommodations for visitors interested in exploring Wyoming’s vast wilderness. 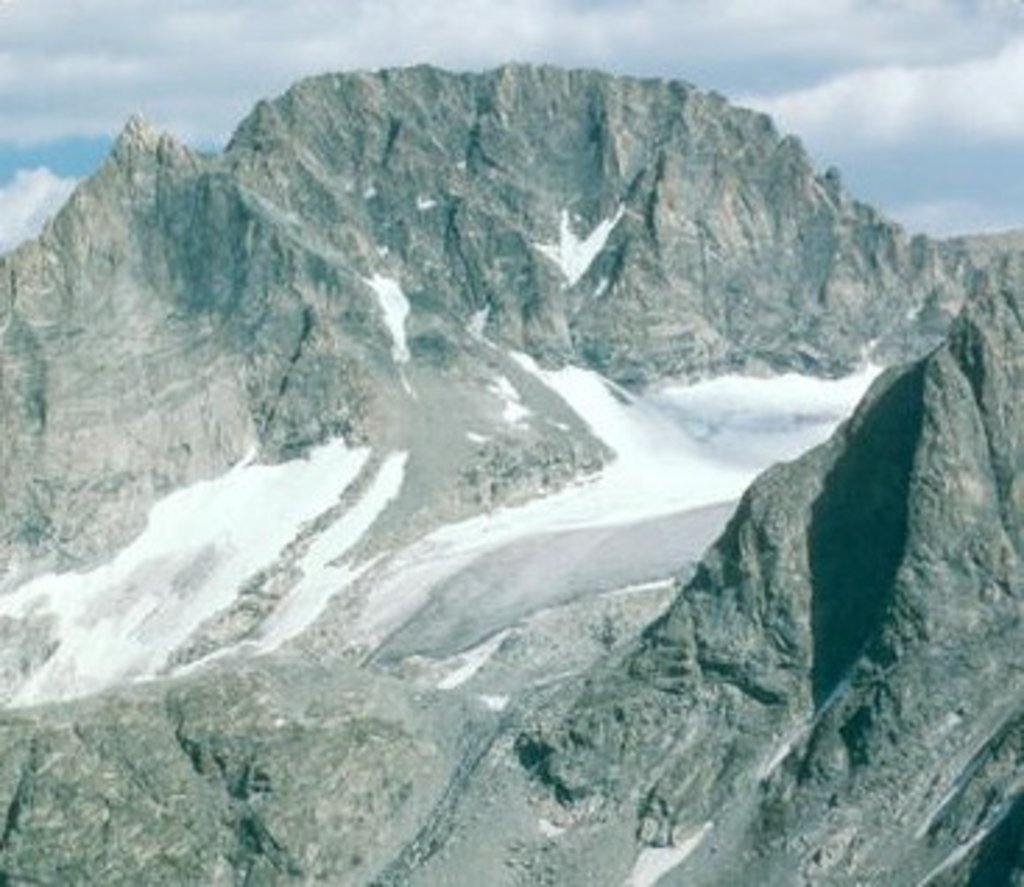 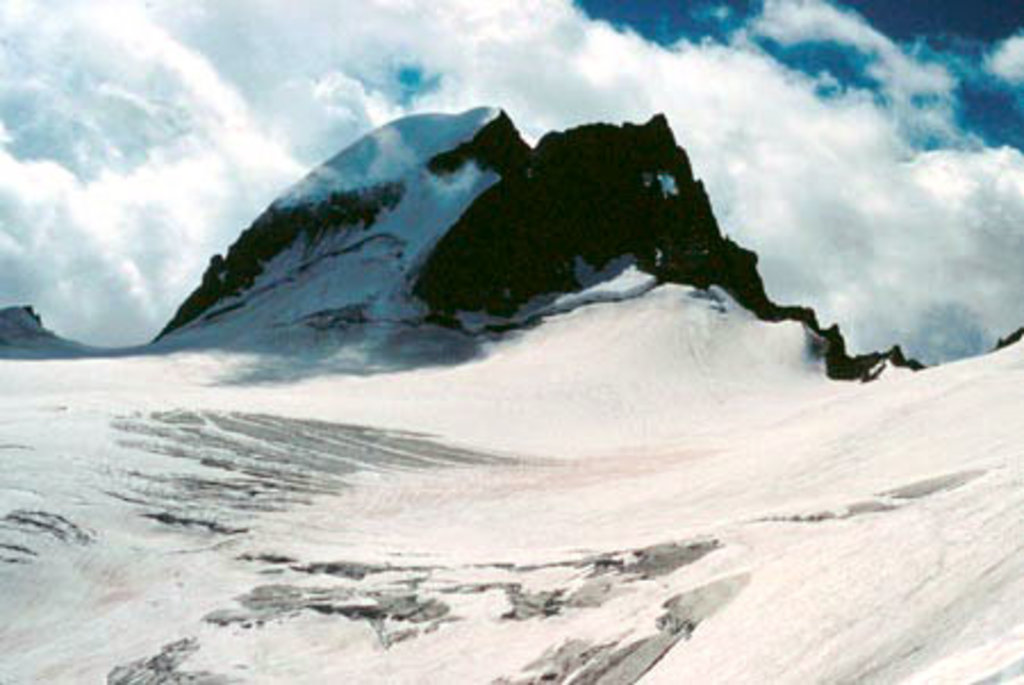 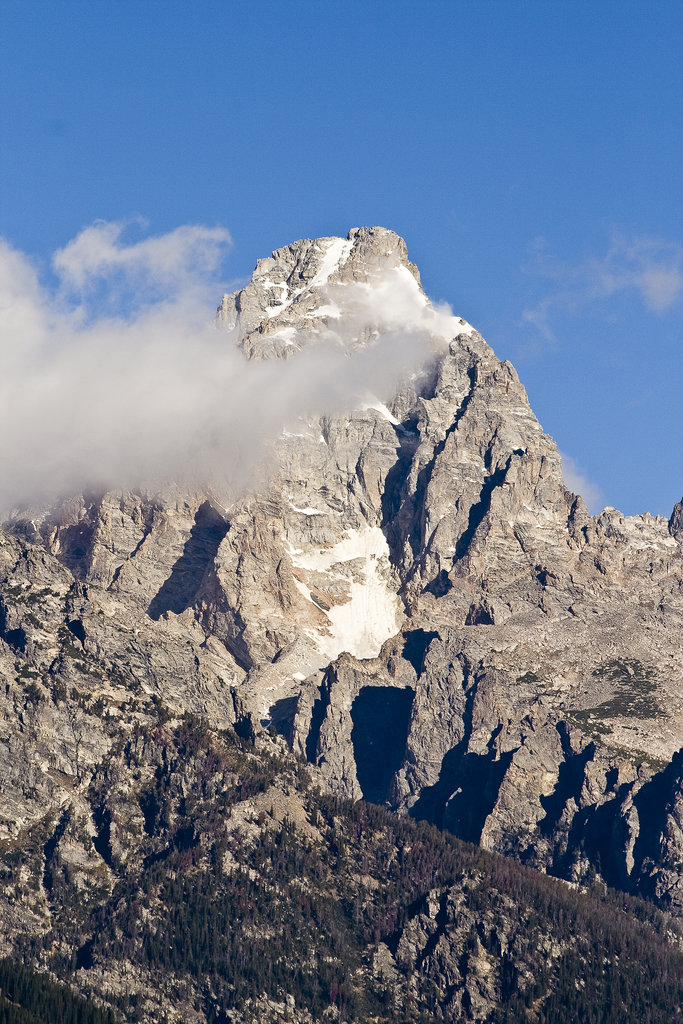 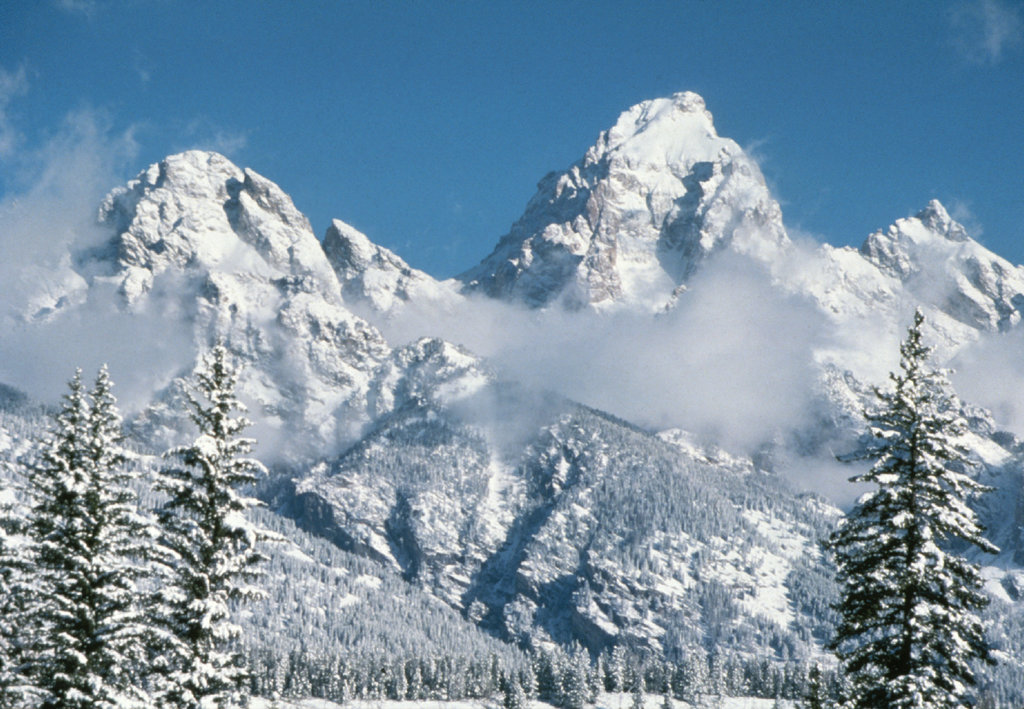