The Henry Mountains are a mountain range in southwestern Utah in the United States of America. The range runs from north to south spanning approximately 30 miles across the state. There are two main groups of mountains within the range, with Highway 276 separating them into northern and southern sections. There are 90 named mountains in Henry Mountains. The highest and the most prominent mountain is Mount Ellen Peakat 11,467 feet located in the northern group of mountains. This northern group is much taller than the southern group, with three separate peaks reaching above 11,00 feet. The southern range contains much shorter mountains, with many in the 8,000-foot range. 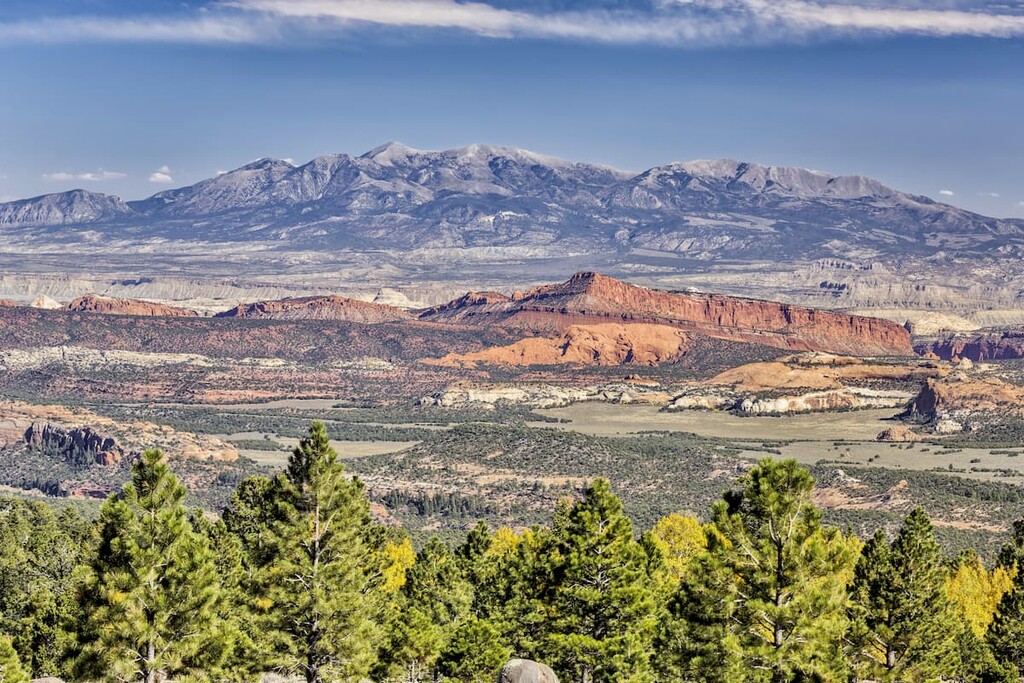 The Henry Mountains were formed millions of years ago. Molten breached the earth’s crust and formed what is called laccoliths. Overtime, erosion revealed the five major peaks that make up this range, made of hardened porphyritic diorite. Among these major peaks also lie formations of eroded Entrada sandstone. The Henry Mountains, along with the other rocks within the Colorado Plateau, have helped scientists date back the formation of this unique region of land. The composition and formation of the Henry Mountains is similar to that of the La Sal Range and the Abajo Mountains, both also within the plateau in southwestern Utah.

One of the most iconic features of these mountains and the surrounding land is the American bison. These mountains are home to the only huntable, free-roaming herd of bison in the United States, excluding Alaska. The herd has grown to over 200 buffalo since 18 were transplanted to the region back in 1941. While hunting is allowed, only 44 permits are issued each year to ensure the population of bison can survive. Other animals within the range include mule deer, antelope, mountain lion, jackrabbits, rattlesnakes, various small reptiles, and a multitude of birds.

The diverse and steep slopes of the Henry Mountains, are home to multiple plant zones. The lower elevations of the range are often covered in desert shrubs and brush while the intermediated zones have juniper and pinyon trees. The higher elevations are home to Douglas fir, ponderosa pine, and aspen trees, where forests flourish. Above the tree line, the rugged peaks are interspersed with alpine grasses.

Mount Ellen Peak: The trail to Mount Elle Peak is 5.6 miles out and back with 1,800 feet of elevation gain. The trail climbs steadily through the mountain range, with visibility in all directions. The clearly defined route takes hikers all the way to the summit of the tallest peak in the range. From here, hikers have panoramic views of southwestern Utah with the Colorado Plateau stretched out before them. The Capitol Reef National Park lies to the west while Lake Powell can be seen down to the south.

South Cainesville Mesa: Located at the northern end of the Henry Mountains lies the South Cainesville Mesa. This 5-mile out and back trail has 1,000 feet of elevation gain, much of which is in the last half mile before turning back around. The trail showcases the rugged plateaus, flat peaks, and deep canyons characterized by this range.

Leprechaun Canyon: Located along the foothills of the southeastern peaks lies Leprechaun Canyon. This two-mile loop trail has just 141 feet of elevation gain. The trail winds through the narrow canyon with the smooth, wave like rock towering above on either side.

An hour east of the Henry Mountains lies the iconic city of Moab, Utah. The city has a population of just 5,400 residents but is often full of tourists due to its close proximity to both Arches and Canyonlands National Parks. While hiking trails surround the city, Moab is also a popular destination for mountain bikers with many major trails leading right from the city. The city is known as being an outdoor mecca for these sports as well as whitewater rafting, BASE jumping, and slacklining/highlining. The city sits at 4,025 feet of elevation just south of the famous Colorado River.

Salt Lake City is the most populous city in the state of Utah and it lies just over three hours north of the Henry Mountains. The city’s population is 200,000 while the metropolitan area is estimated to be about 1.2 million. The city is known for being an outdoor adventure paradise. Surrounding the city are seemingly endless places to go hiking, biking, running, and skiing. The city was home to the 2002 Winter Olympics and is closely located to numerous ski resorts. There are 5 national parks near the city, allowing for countless opportunities for hiking. Popular restaurants include Red Iguana, White Horse, The Copper Onion, and Nomad Eatery. 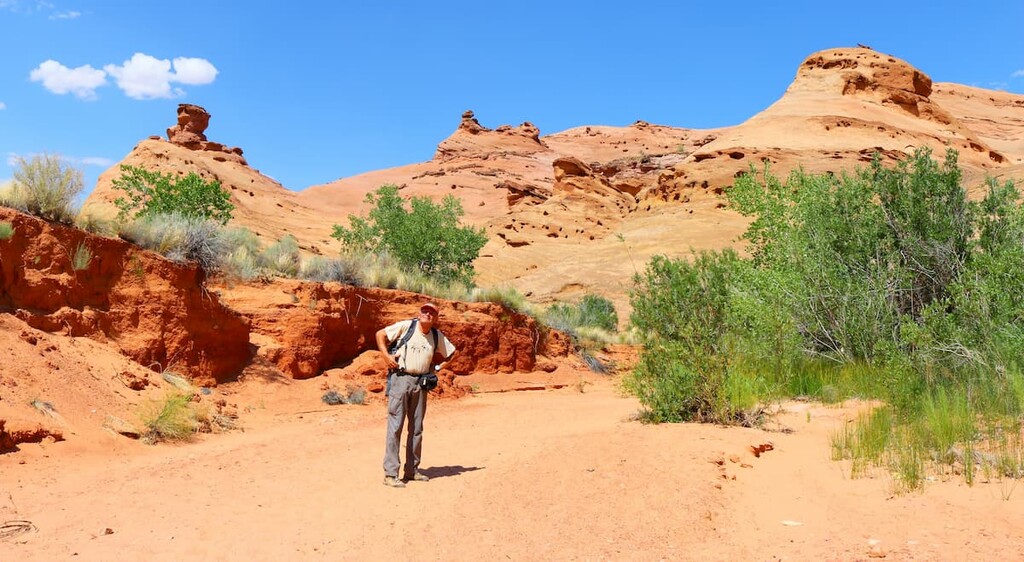 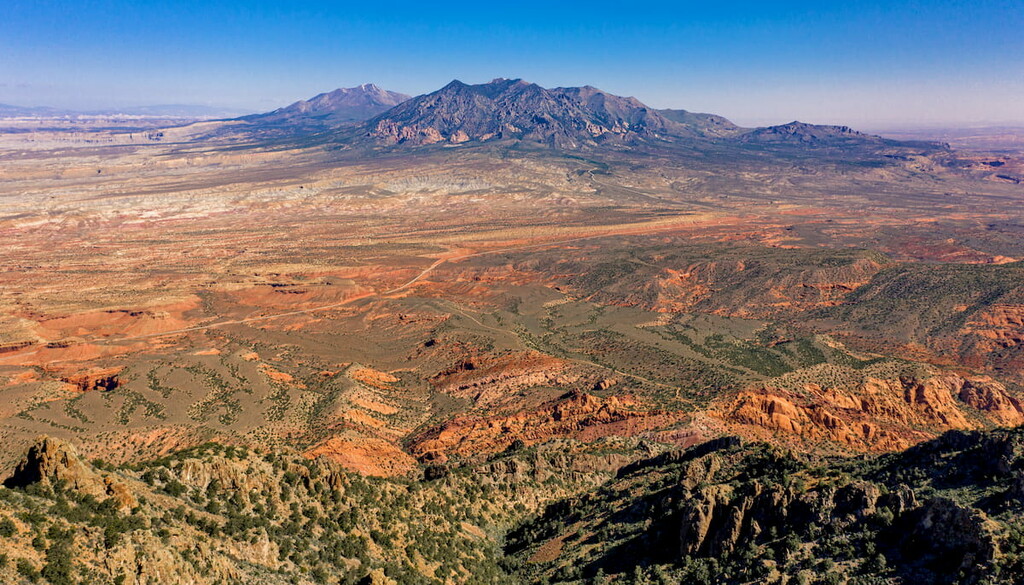 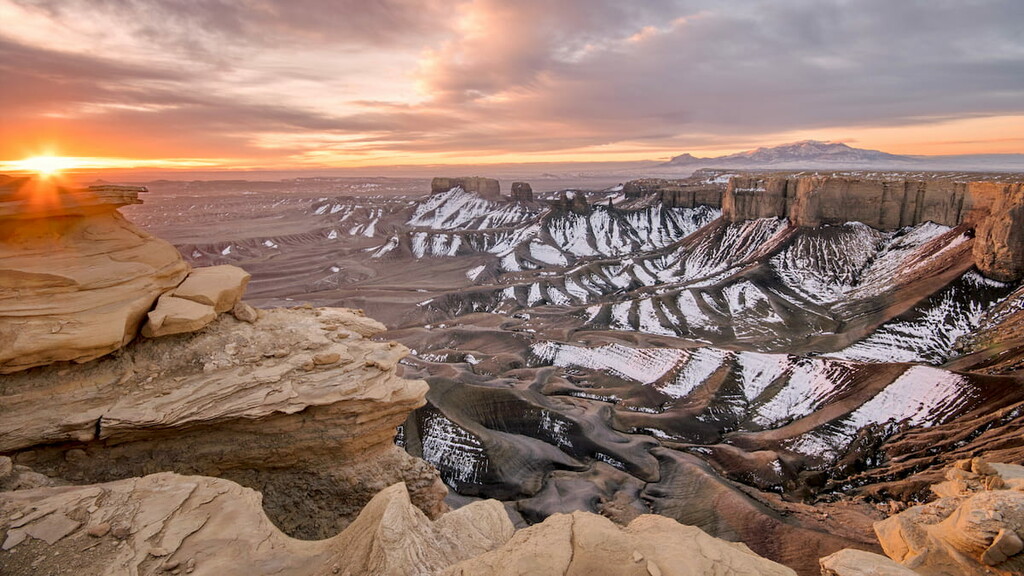