Situated in the western part of the US state of Nevada, the Virginia Range is a collection of 36 named peaks, the highest and most prominent of which is Mount Davidson (7,854ft/2,398m). The range is mostly located within Storey County, Washoe County, and Lyon County near Nevada’s border with California. 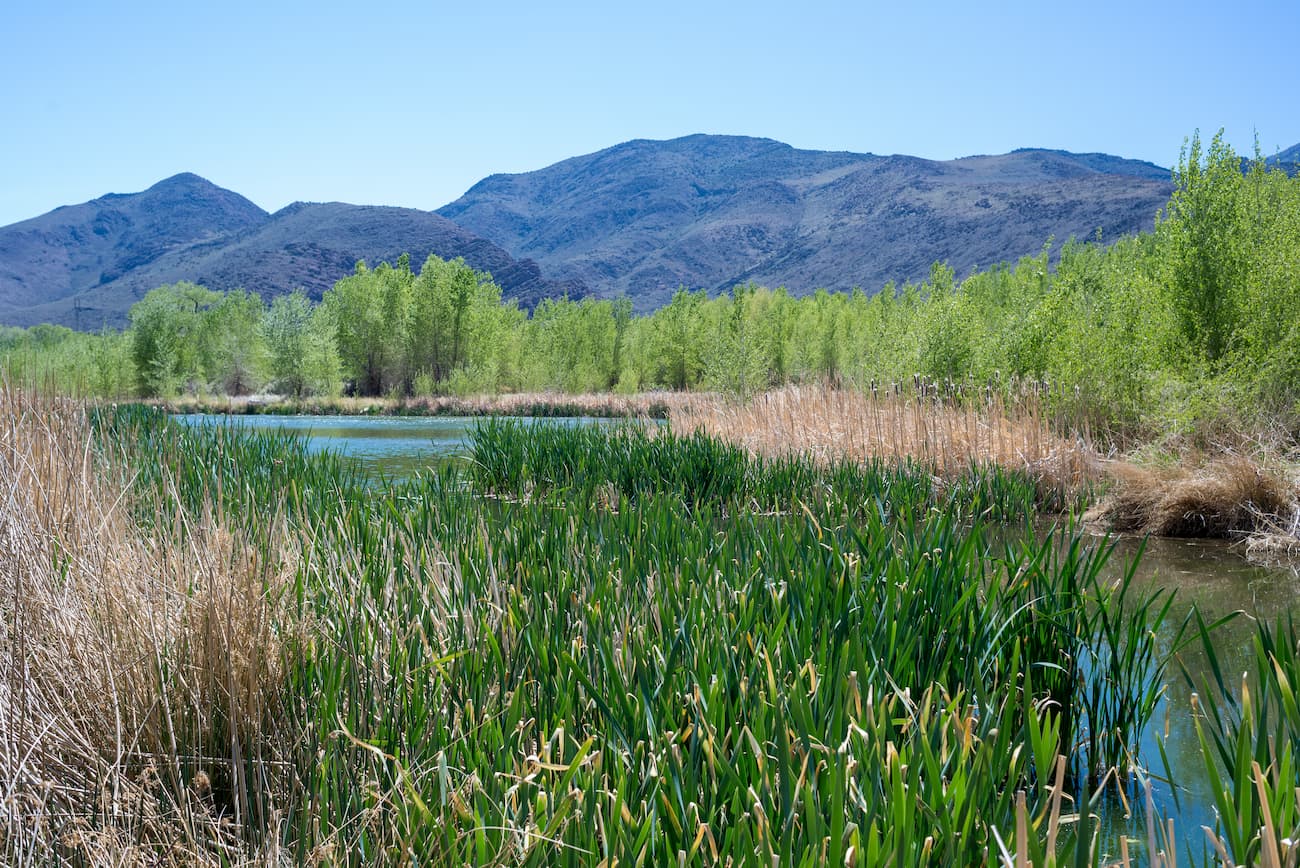 The range is bordered to the north by the Truckee River, to the south by the Carson River, and to the west by Pyramid Lake and the Carson Range. However, the Virginia Range is often confused with the similarly named Virginia Mountains, which are within the Pah Pah Range located just north of I-80 in Nevada.

Geologically, the Virginia Range is part of a collection of mountains known as “Great Basin Ranges.” The Great Basin Ranges cover a wide swath of land between California and Wyoming, excluding the Colorado Plateau.

Most geologists agree that the Great Basin Ranges were created as a result of both extension and thinning of the lithosphere, which is the upper section of the Earth, including the upper mantle and the crust. However, the tectonic movement that created the mountains in this region is quite complex and there’s no consensus among the scientific community on the topic.

That being said, we do know that the mountains within the Basin and Range Province are home to extensive supplies of copper, gold, silver, and barite. Indeed, the majority of the mining for these minerals in the United States takes place in this region.

The flora and fauna in the Virginia Range are similar to what you can find in other nearby mountain areas. The range is dominated by Jeffery pine (Pinus jefferyi) at higher elevations but the mountains are also home to Utah juniper and single-leaf pinyon pine, among other species.

The most interesting wildlife in the area is the herd of wild horses that roam Northern Nevada and, in particular, the Virginia Range. These wild horses are some of the best known in all of the United States and the herd is estimated to have about 3,000 individuals.

Of course, these horses are not native to the region. In fact, the wild horses - or mustangs - of the American West, were brought to the continent by Spanish settlers. While there were two species of animals similar to the modern horse in North America before the arrival of the Europeans, they both went extinct with the arrival of humans. Indeed, all of the horses that now roam the Virginia Range are descendants of the horses brought by the conquistadors and later settlers.

The region of the Virginia Range has been home to human inhabitants for thousands of years. The Washoe and Numu (Northern Paiute), among countless others, consider the mountains and the surrounding area to be part of their ancestral homelands.

Eventually, the Washoe and Numu were pushed off of their land, especially as settlers began to arrive in the region in 1849 after the discovery of placer gold near Dayton, Nevada. The gold deposits in the area were discovered by Mormons on their way to California to take part in the 1849 Gold Rush.

However, this discovery then led the miners upstream into the Virginia Range, where they found the Comstock Lode. The Comstock Lode is a deposit lode of silver that sits on the eastern edge of Mount Davidson. When the lode was discovered, it was the first major silver discovery in the US.

Once the Comstock Lode was discovered, a huge silver rush ensued, bringing thousands of prospectors to the region in 1859. This eventually led to the building of multiple mining camps, including Virginia City and Gold Hill.

The Comstock Lode was so large that it remains the richest silver mine ever discovered in the United States. Indeed, the discovery of the lode, and the riches that followed, were instrumental in providing enough wealth in the area to grow the city of San Fransisco.

Although the mine declined in use around the mid-1870s, during its somewhat short lifetime, it produced a quantity of silver equal to about $504 million in today’s money. Deep underground mining was eventually discontinued in 1918, but some shallow-depth mining still happens in the region.

These days, the region is a patchwork of public and private land. Generally speaking, hiking is allowed in the area so long as you stay clear of any signs that say “No Trespassing.” Much of the wildland in the range is part of the BLM Carson City District, but some is privately owned or leased to ranchers and miners.

The proximity of the Virginia Range to major population centers in northern and western Nevada, such as Reno and Carson City, make it a well-used outdoor recreation area. Here are some of the main places to hike in the Virginia Range:

Six Mile Canyon Road (aka State Route 79) and Neigh Road are offshoots of US Highway 50 near Virginia City. Along the roads, there are plenty of parking areas and trailheads to popular hikes such as Tibbie Peak, Sugarloaf, Flowery Peak, Emma Peak, Rose Peak, and Mount Grosh.

However, the first mile or so of both roads when you depart from Virginia City are on private land, so be sure to only explore the further ends of these roads.

From Long Valley Road near Virginia City, you can access a wide swath of BLM land. The numerous trailheads along this road give hikers access to Mount Davidson, Ophir Hill, Orleans Hill, and Mount Bullion.

Looking for a place to stay during your Virginia Range adventures? Here are some of the major cities nearby:

Reno is the second-largest city in the state of Nevada with a population of about 225,000 people. The city is located to the northwest of the Virginia Range and is about 22 miles (35km) from Lake Tahoe to the west.

As one of the largest cities in the area, Reno has a busy international airport. It is also home to an abundance of hotels, restaurants, shops, and casinos, so it’s a good place to start your trip to western Nevada.

Located an hour’s drive south of Reno and to the west of the Virginia Range, Carson City is home to over 55,000 people. The city got its start as a stop-over location for people on their way to California. But, once the Comstock Lode in the Virginia Range was discovered, it turned into a bustling city.

Carson City does not have a major airport, but it is easy to get to from Reno by car. Plus, it is well connected to a variety of great outdoor recreation areas, so it’s a great option for accommodation in the region.

The once-bustling town of Virginia City saw its heyday at the height of the mining operations at the Comstock Lode. Although it is now home to just under 900 people, the city once housed over 25,000 residents. Plus, it’s believed to be the birthplace of the famous author, Mark Twain (aka Samuel Clemens) These days, Virginia City provides excellent access to a variety of trails in the Virginia Range. 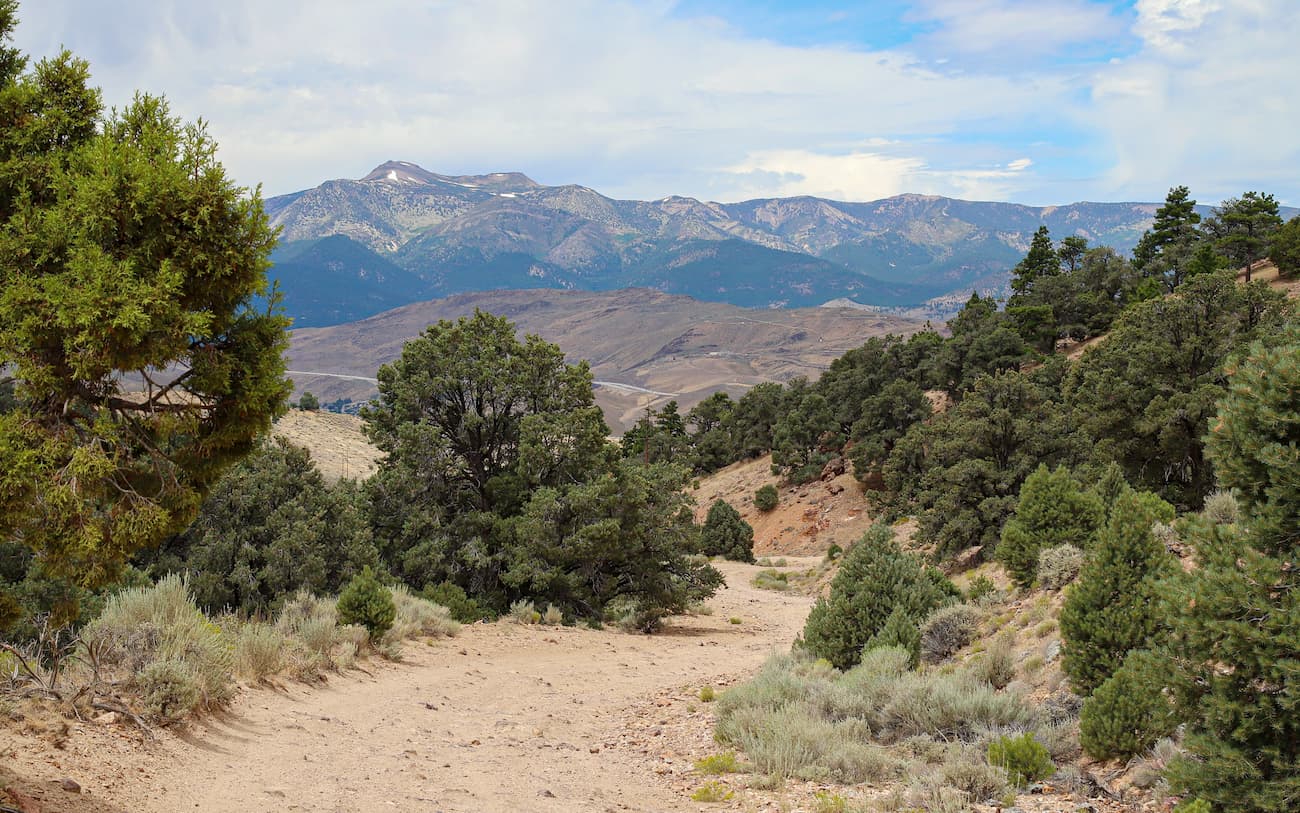 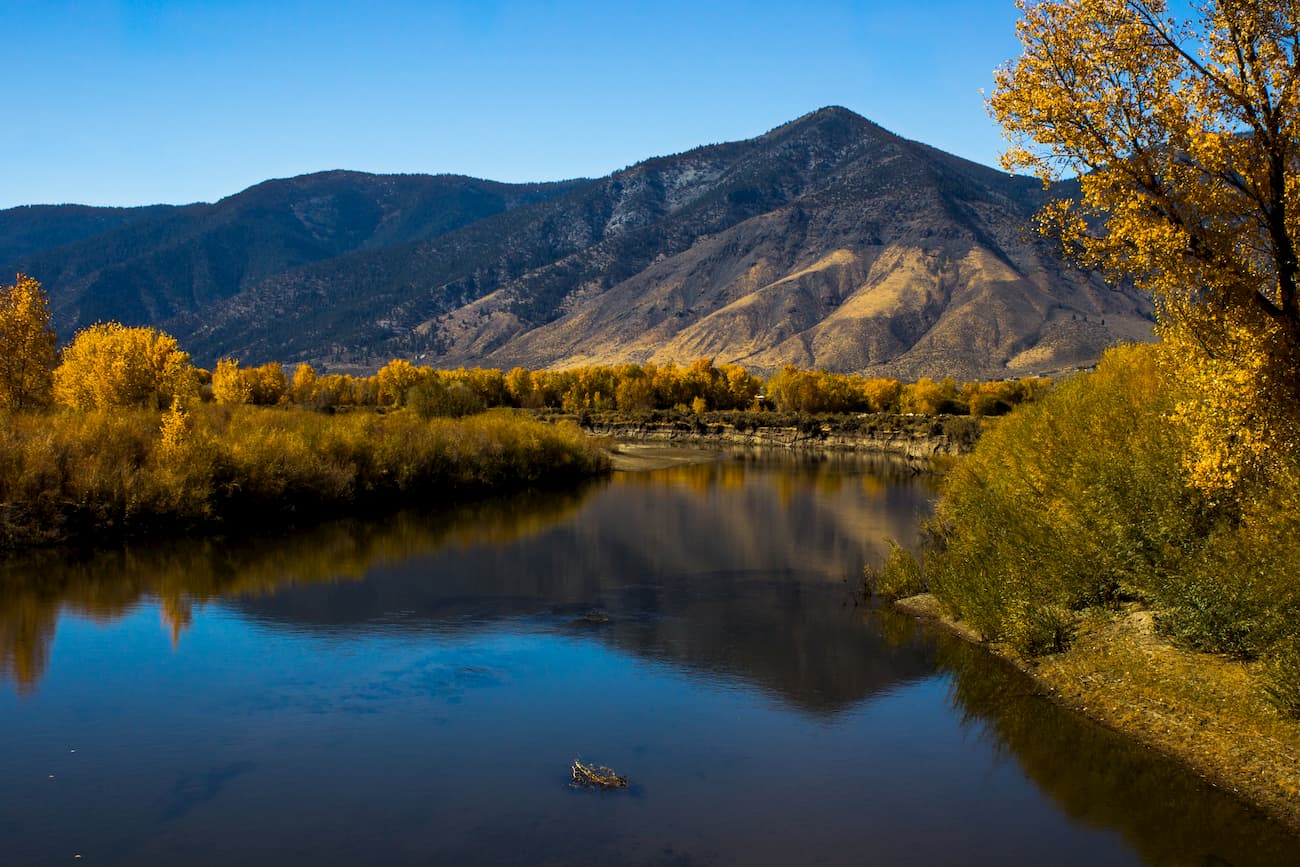 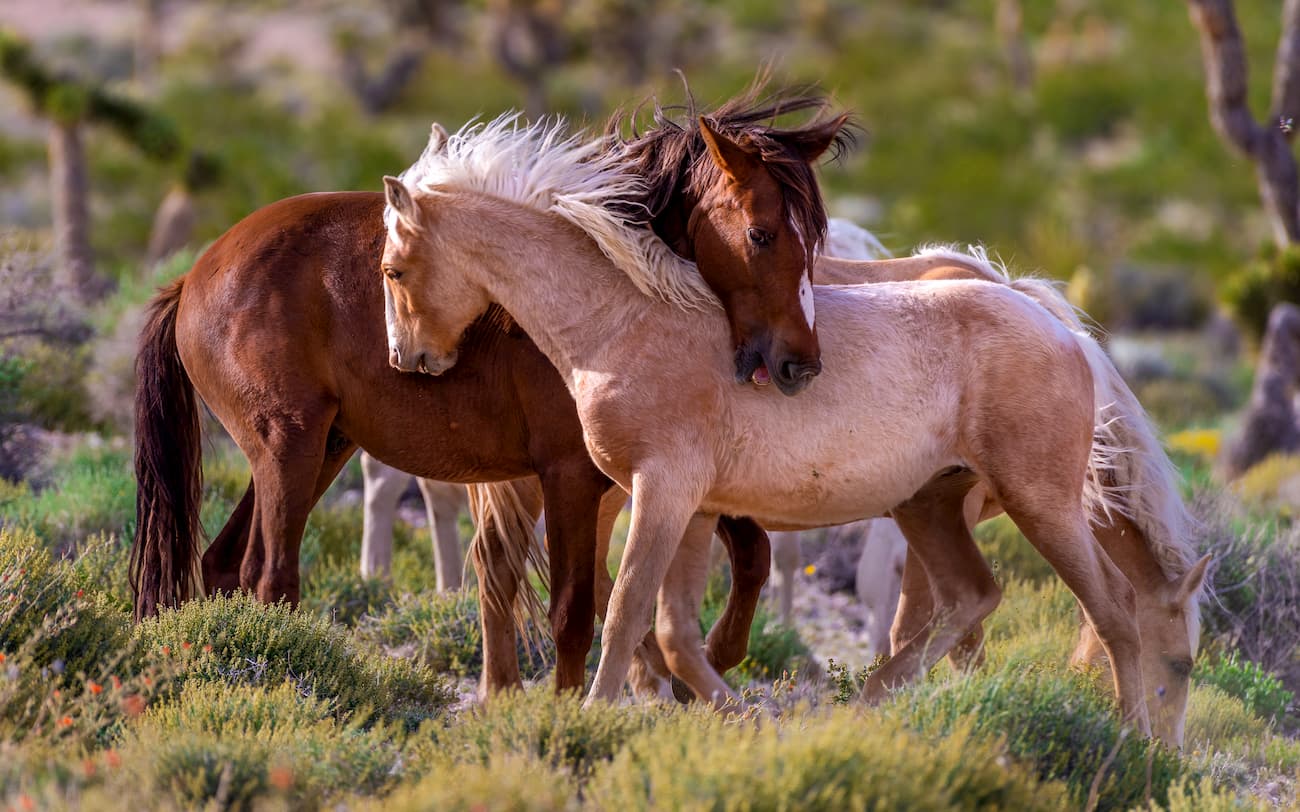 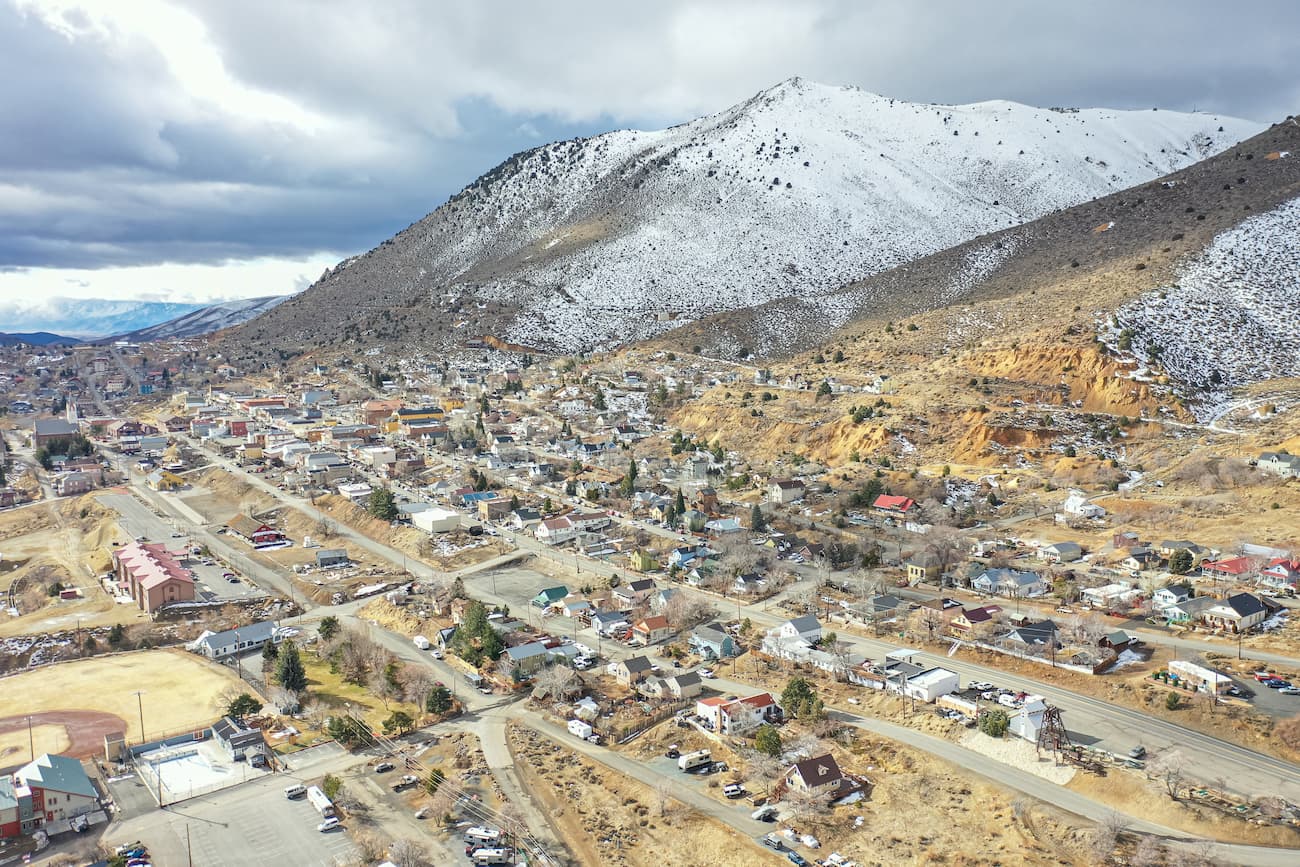 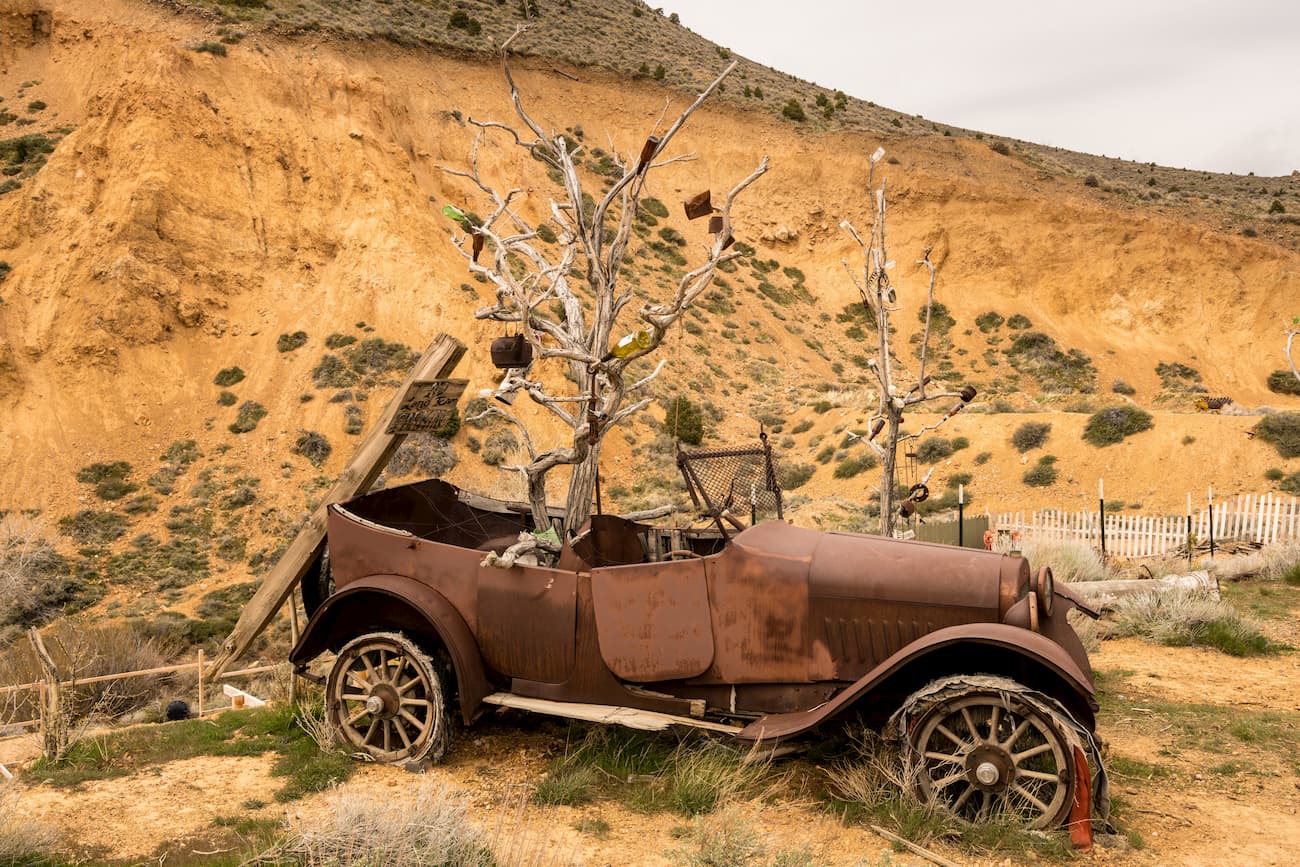 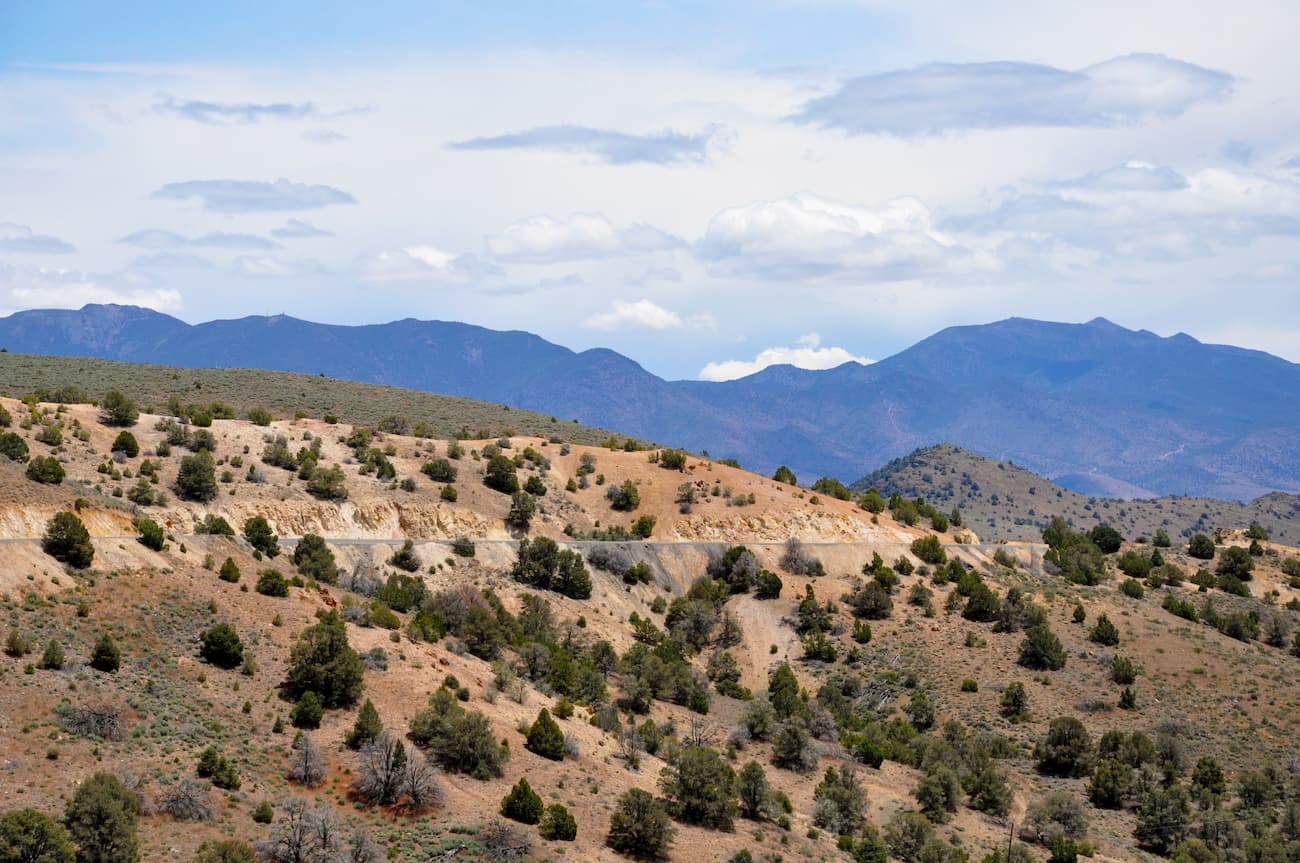