The Sierra Nevada Mountains, also referred to as the Sierras or High Sierra, are a major mountain range in western North America. The Sierras stretch along the eastern edge of California, covering only small portions of neighboring Nevada.

The Sierras, a part of the larger Cascade-Sierra Mountains province and Pacific Mountain System, span nearly 400 miles north to south and an average of 70 miles east-to-west. Interestingly, the Sierras are also a part of the American Cordillera, which consists of a chain of mountain ranges that form the western “backbone” of North America, Central America, South America, and Antarctica.

In comparison to other notable mountain ranges in the United States, the Sierras are considered a young and active mountain range. The range, which is mostly comprised of granite that was formed from the lava of volcanoes, emerged from the earth only 5 to 20 million years ago.

The Sierra Nevada Mountains are often referred to as California’s backyard mountain range due to a significant amount of outdoor recreation opportunities. In fact, the Sierras are home to ten of California’s fourteeners, as well as other notable features like Lake Tahoe, the largest alpine lake in North America, Mount Whitney, the highest point in the contiguous United States, and the world's largest trees - Giant Sequoias. 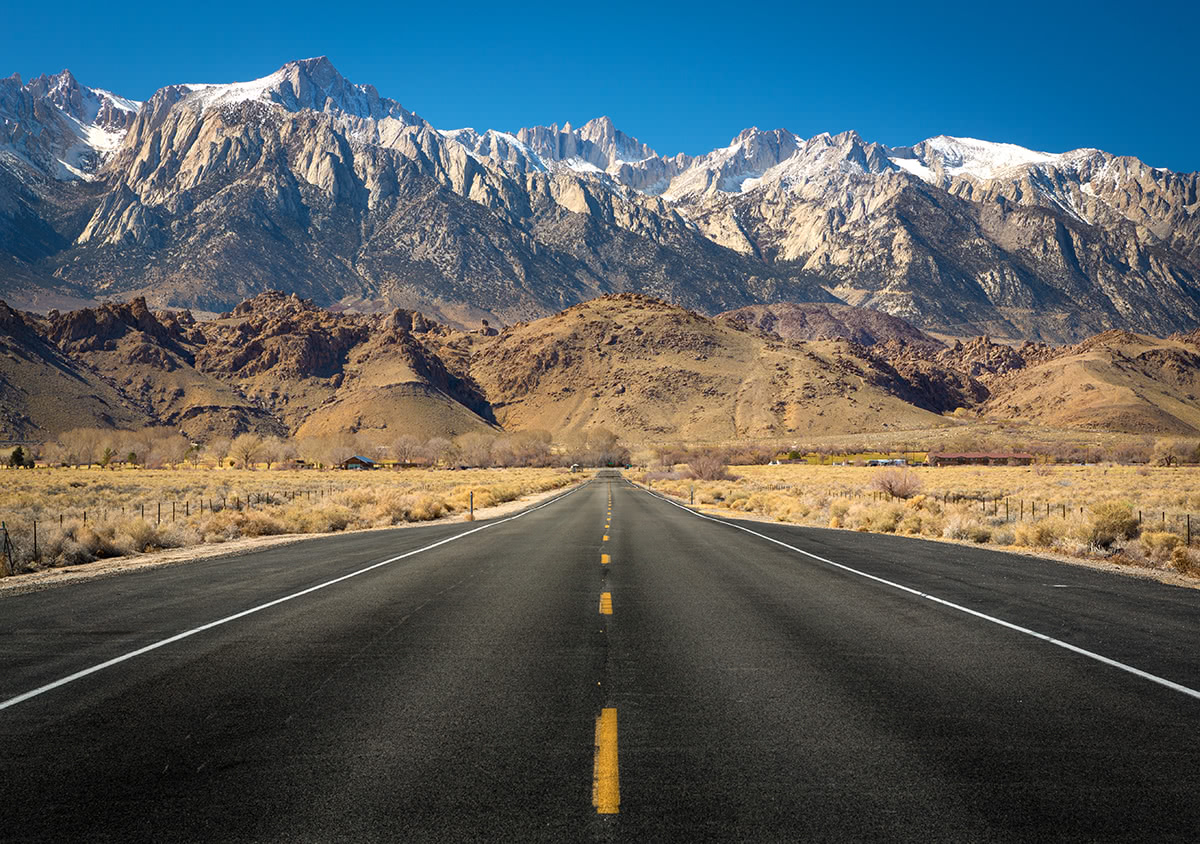 The peaks in the Sierras gradually increase from north to south. Near Lake Tahoe, notable peaks like Mount Tallac and Pyramid Peak reach to between 8,000 and 9,000 feet in elevation and compete with popular peaks like Freel Peak and Monument Peak, which are located the Carson Range, a branch of the Sierras situated in Nevada.

The hike to Big Pine Lakes via the North Fork Trail is one of the best ways to experience the incredible Sierra Nevada mountains. Located in the heart of the John Muir Wilderness, the 11-mile trail passes Mt. Alice and features 7 incredible alpine lakes, several of which highlight the majestic Temple Crag in the background. Along the way, hikers take in astonishing views of the northeast side of the Palisades, a group of 14,000-foot peaks on the Sierra Crest. Palisade Glacier, the largest glacier in the Sierra Nevada can also be reached using a continuation of this route.

The 8-mile PCT High Trail is a popular section of the 2,650 mile Pacific Crest Trail that enters the Ansel Adams Wilderness. The High Trail not only offers unobstructed views of the Minarets, Mount Ritter, and Banner Peak, but also leads to Thousand Island Lake, which is regarded as one of the most spectacular lakes in the Eastern Sierra.

The John Muir Trail is a long-distance trail that traverses 210 miles of the Sierra Mountains, passing through portions of Yosemite, Sequoia, and Kings Canyon National Parks. The path is often referred to as "America's most famous trail,” and traverses what is often considered to be the most scenic portions of the Sierras. Some trail highlights include stunning views of Cathedral Peak at Lower Cathedral Lake, awe-inspiring views of Mt. Lyell via Donahue Pass, Thousand Island Lake, Forester Pass, which sits high above the treetops at over 13,000 feet, and the trail’s southern terminus, Mount Whitney. For approximately 160 miles, the JMT also follows the same footpath as the notorious Pacific Crest Trail. 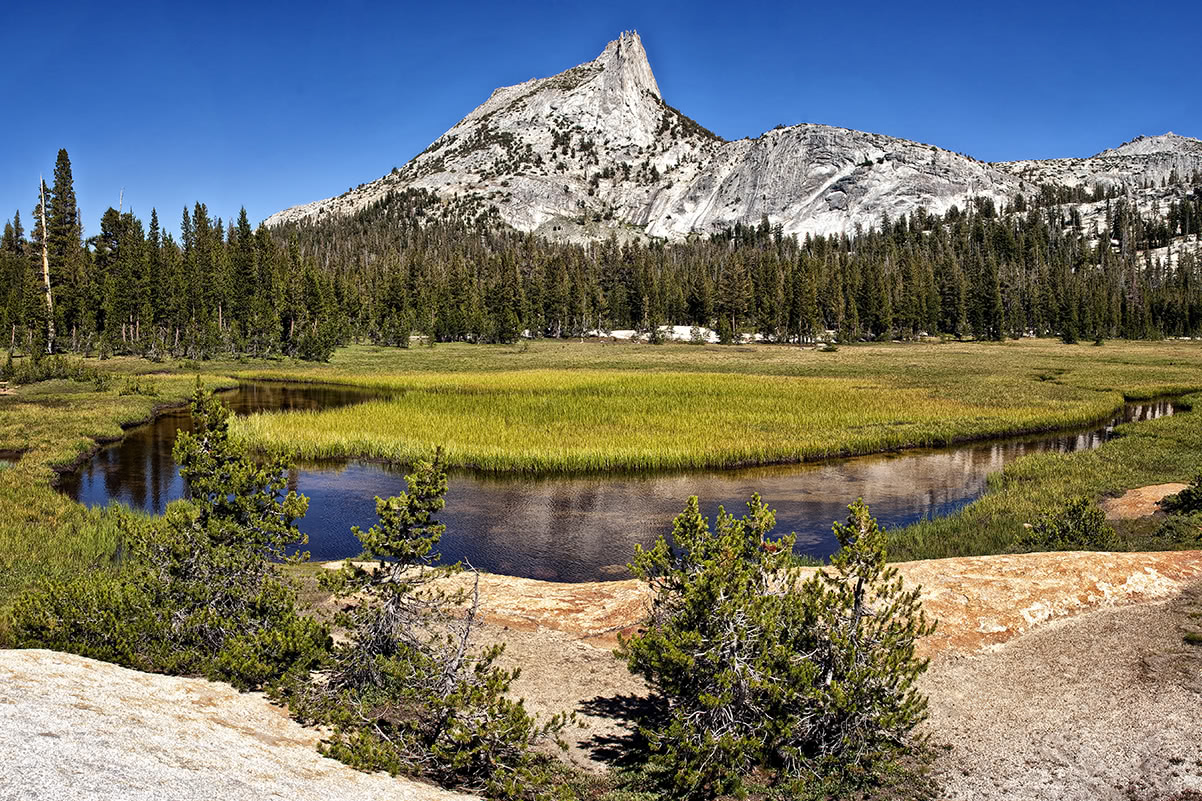 Mt Whitney, the highest point in the lower 48, is generally on every hiker or backpacker’s bucket list. Although no mountaineering skills are required to hike to the top of Mt. Whitney, because of the mountain’s increasing popularity, a permit system is in place the minimize the impact of day-hikers. The shortest and most popular route to climb Mt. Whitney is the 10.7-mile (each way) trail from Whitney Portal on the east side of the Sierra. Hikers are urged to spend a day or more adapting to the elevation and should have a good amount of experience prior to attempting Mt. Whitney.

Mt. Sill, a recognizable thumb-shaped peak in the Sierras, is another popular peak for backpacking, climbing, and hiking. There are at last 10 established trails to the peak, ranging in difficulty and length. Along the route, hikers can stop at a number of alpine lakes and will be surrounded by iconic Sierra Nevada peaks like North Palisade, Thunderbolt Peak, Mt. Gayley, and Mount Winchell.

Yosemite National Park, located in the western Sierra Nevada, offers over 800 miles of trail to explore. Visitors to the park often remain in Yosemite Valley, taking in views of iconic granite icons like Half Dome and El Capitan. However, Yosemite Valley only represents a small fraction of the park. Yosemite high country is where avid hikers and backpackers go to explore beautiful mountain peaks like Mt. Gibbs, Mt. Conness, and Mt. Lyell, the highest point in the park. 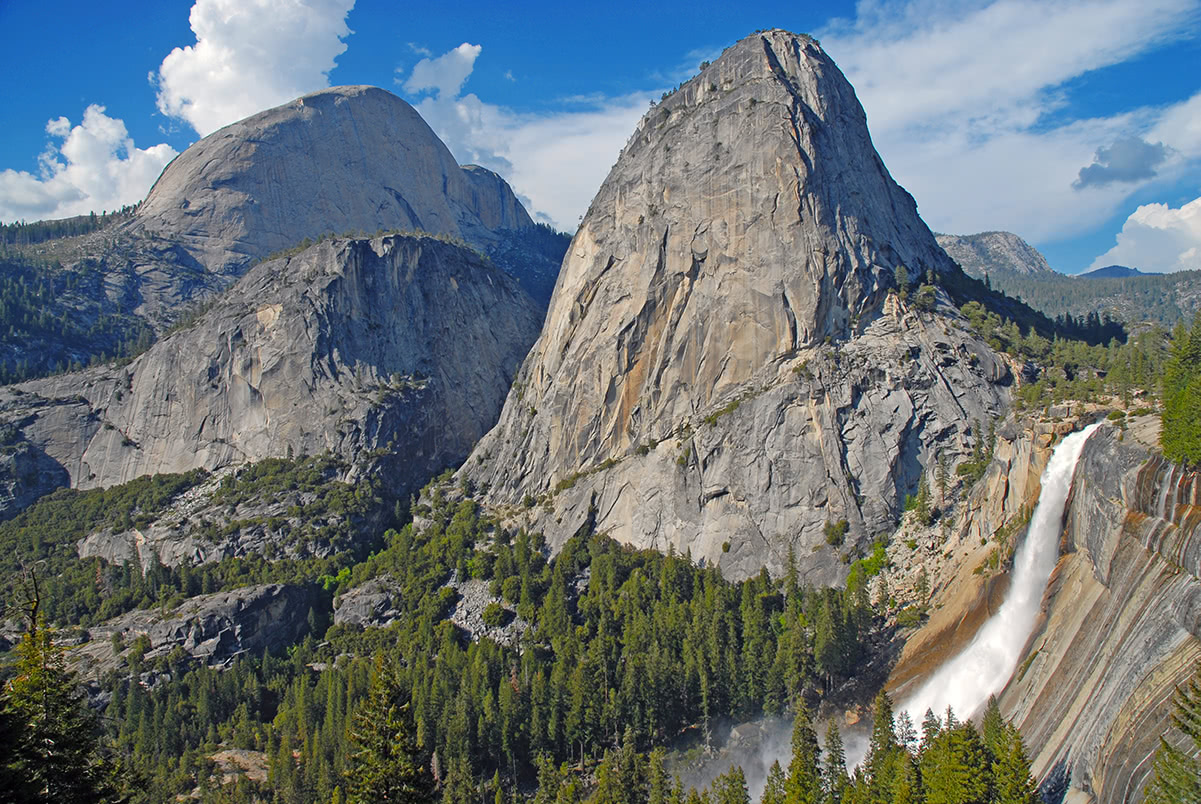 The area surrounding Lake Tahoe, often referred to as “Tahoe,” is a popular basecamp for outdoor enthusiasts, particularly in winter months. Two of the most popular resorts in the Lake Tahoe area include award-winning Squaw Valley Alpine Meadows, which hosted the 1960 Winter Olympics and offers hundreds of trails to explore, and Heavenly Valley, Tahoe’s largest ski resort that sits on the California-Nevada state line.

Mammoth Lakes is a popular year-round destination for visitors looking to explore the best of the Sierras. Surrounded by peaks, valleys, and alpine lakes, Mammoth Lakes is close to popular attractions like Yosemite National Park, Mt. Whitney, and the Mammoth Lakes Basin. There is a variety of lodging available ranging from campsites to popular resorts like the Tamarack Lodge, Mammoth Mountain Inn, and Juniper Springs Resort. Mammoth Mountain, California’s highest four-season resort, is one of the most visited for winter sports. 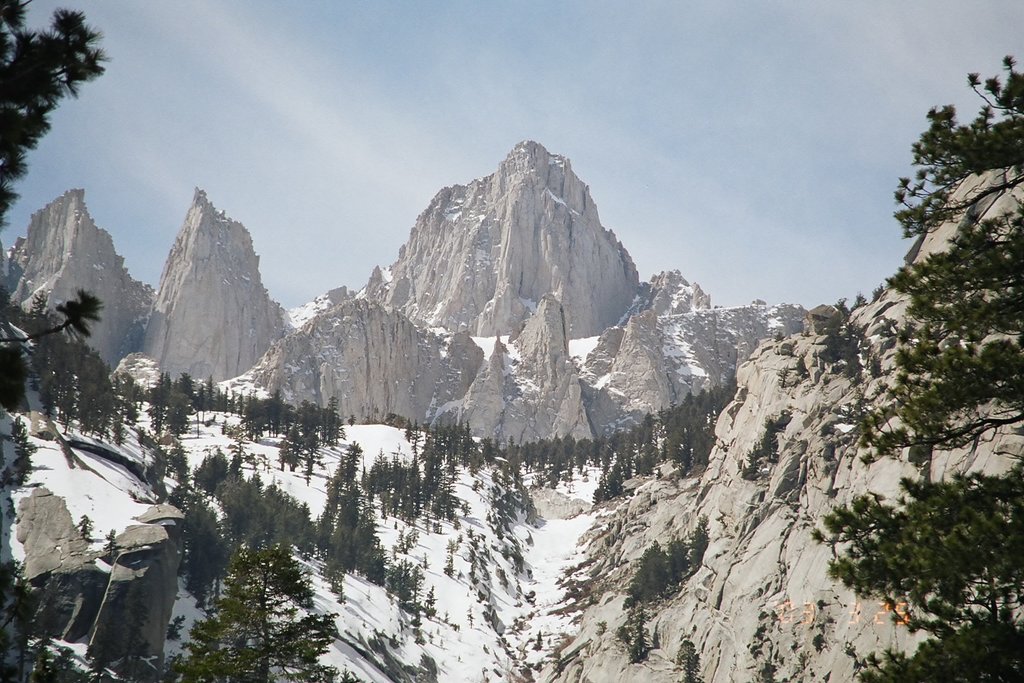 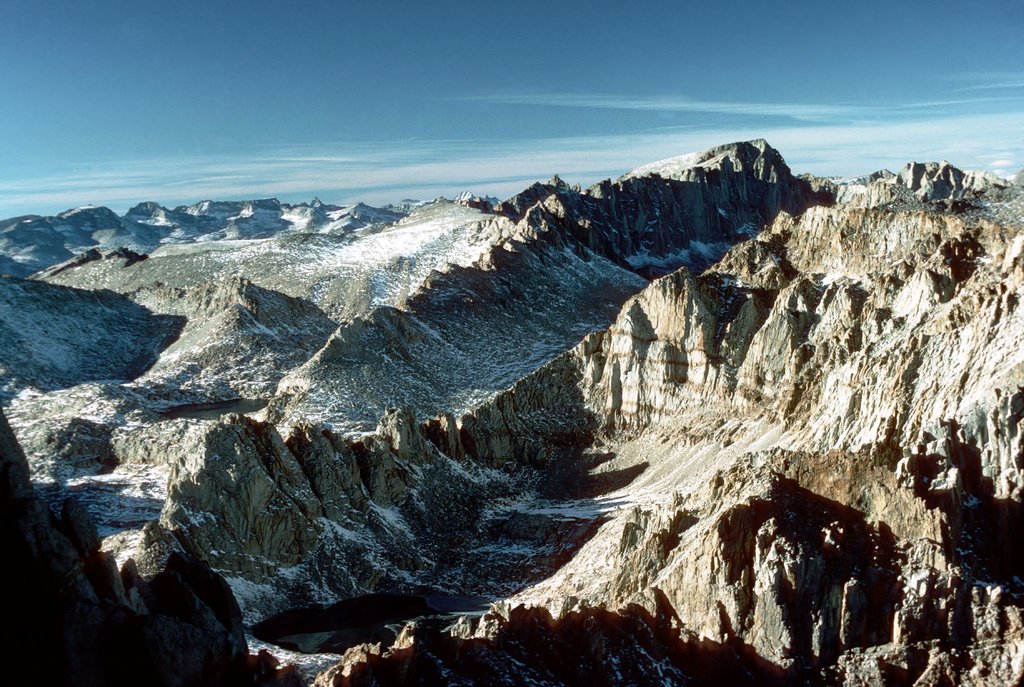 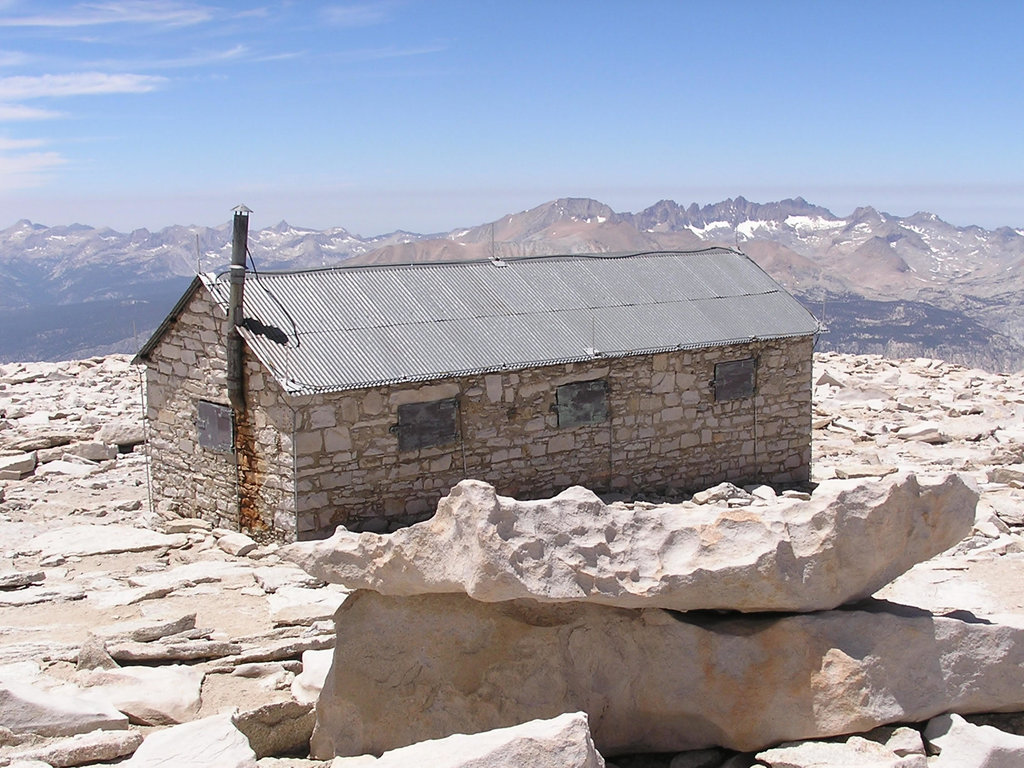 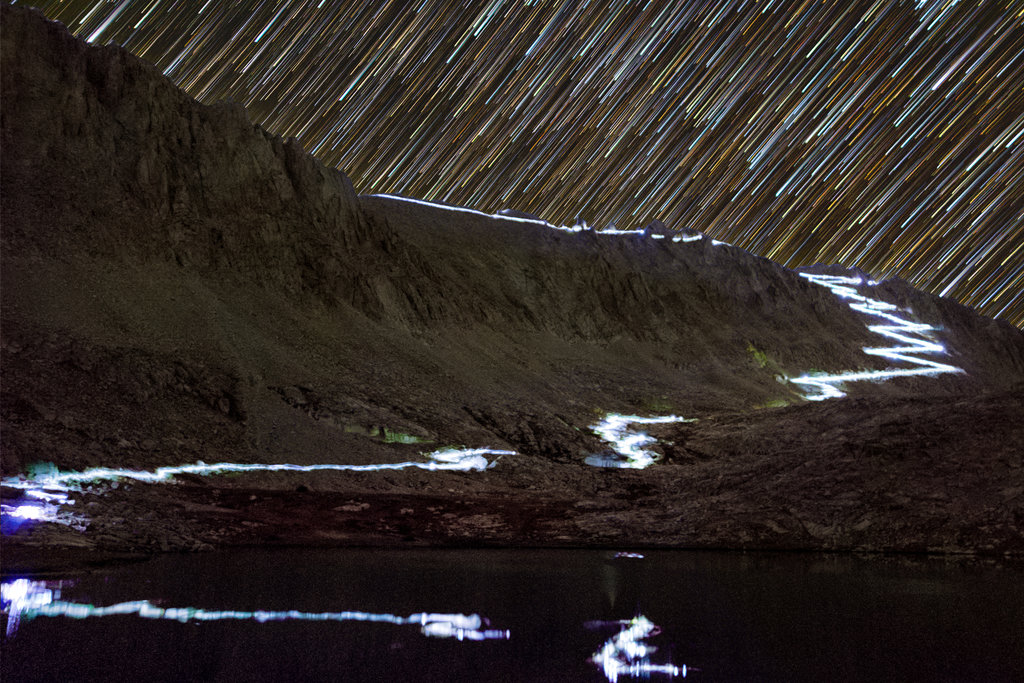 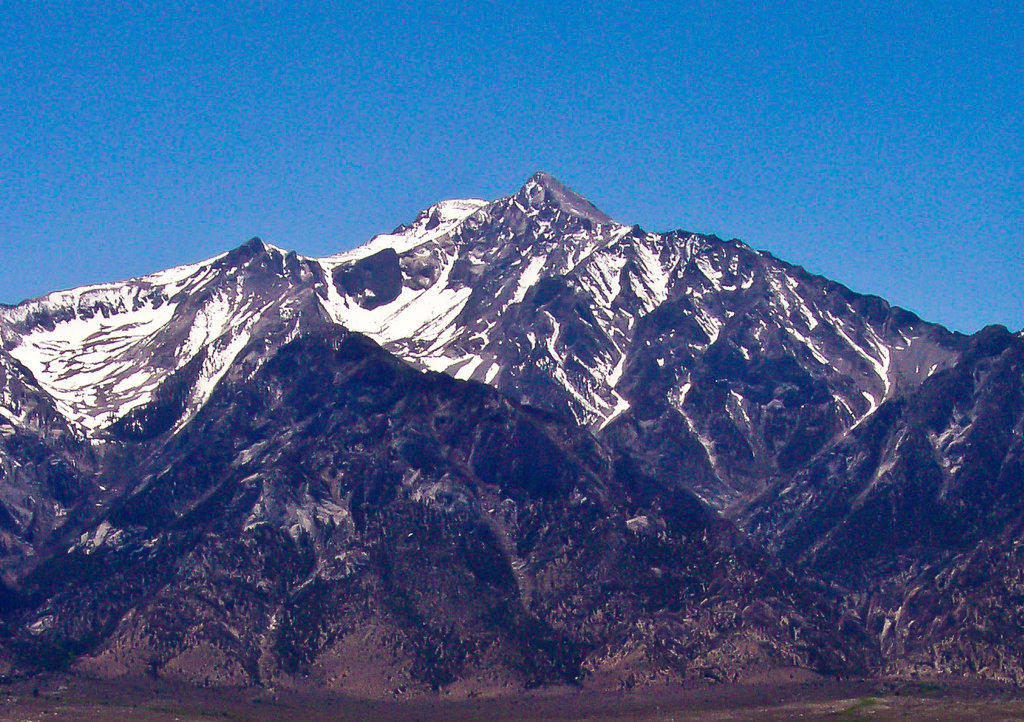 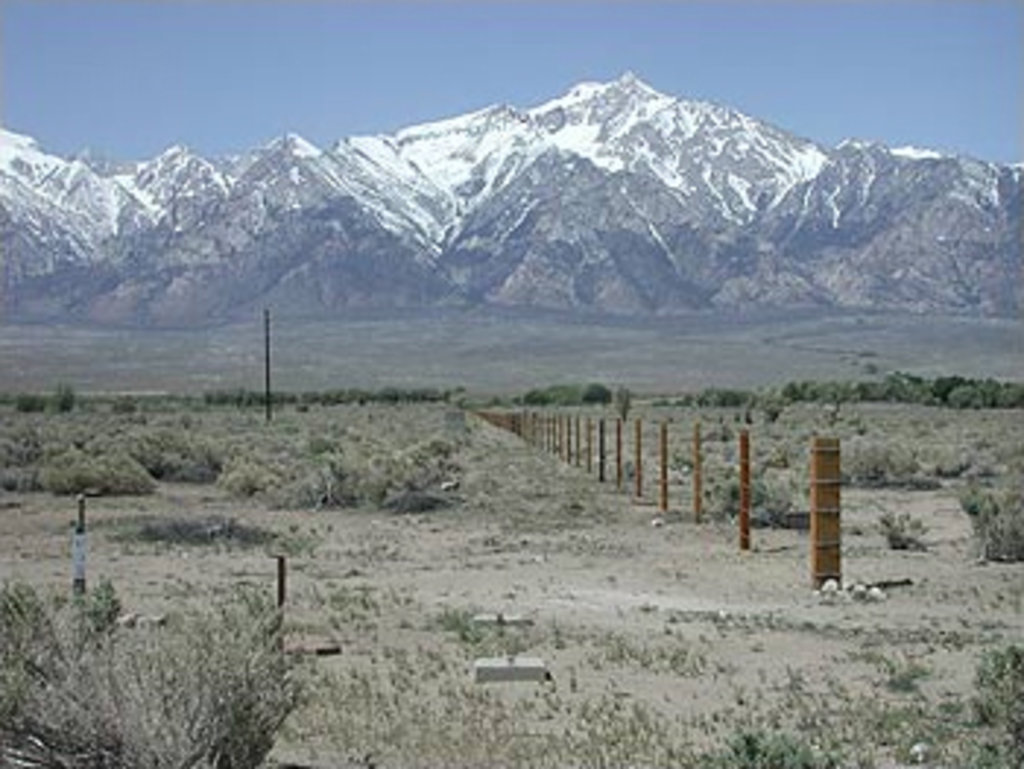