Minarets map
Go to camera
Teleport
Zoom in
Zoom out

Location
37.661141 N  -119.178567 W
The Minarets are a series of jagged peaks located in the Ritter Range, a sub-range of the Sierra Nevada Mountains in the state of California. They are easily viewed from Minaret Summit, which is accessible by auto. The peaks bear a certain resemblance to the minarets of Islamic mosques. Collectively, they form an arête, and are a prominent feature in the Ansel Adams Wilderness which was known as the Minaret Wilderness until it was renamed in honor of Ansel Adams in 1984.

The peaks were named in 1868 by the California Geographical Survey, which reported: "To the south of Mount Ritter are some grand pinnacles of granite, very lofty and apparently inaccessible, to which we gave the name of 'the Minarets.'" Seventeen of the Minarets have been given unofficial names, including Michael Minaret, Adams Minaret, Leonard Minaret, and Clyde Minaret. Clyde Minaret, named after Norman Clyde, is the tallest of the spires. The Southeast Face Route of Clyde Minaret is a technical rock climb featured in Fifty Classic Climbs of North America.

The area is notable for two fatalities:

Walter A. Starr, Jr., author of Starr’s Guide to the John Muir Trail and the High Sierra Region, fell to his death while solo-climbing the northwest face of Michael Minaret in 1933.

356 m
Prominence
Peak’s prominence is the least
vertical to be covered to get from the
summit to any other higher terrain. 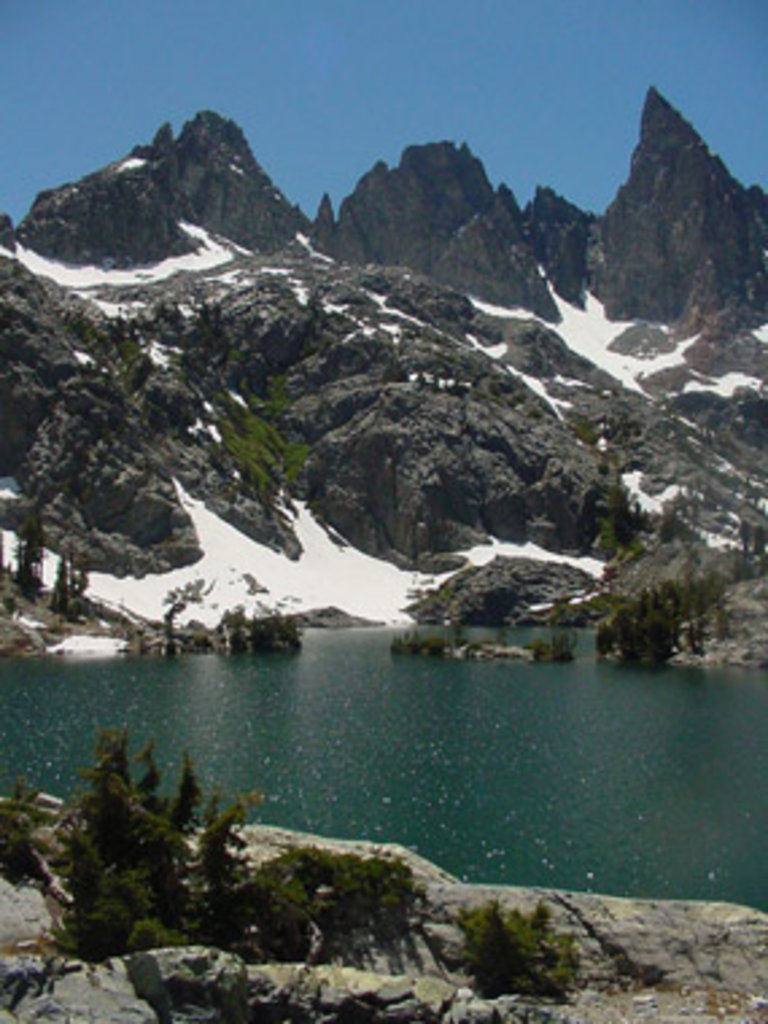 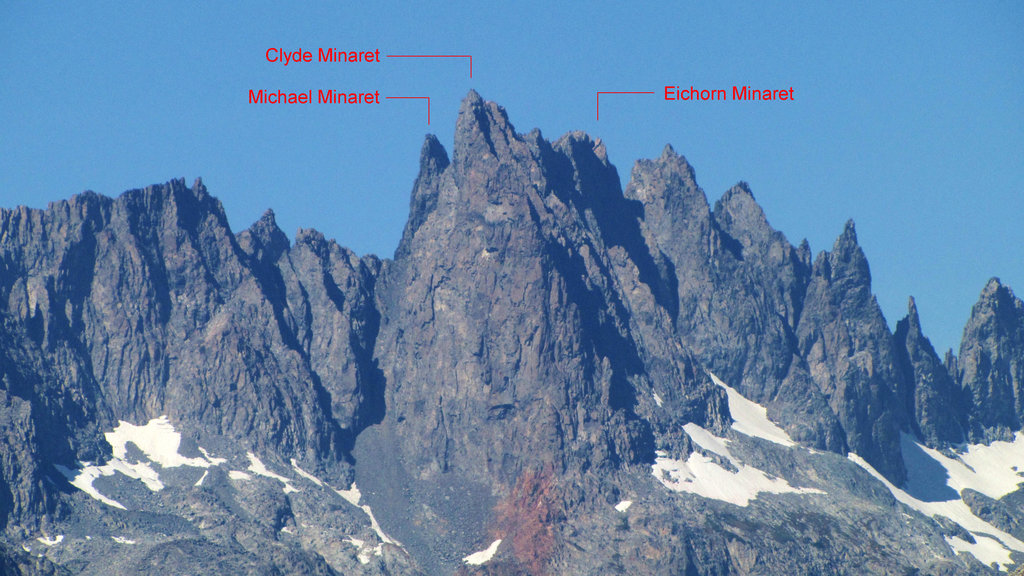 Check out a downloadable 3D model of Minarets area. A higher resolution model can be found in the PeakVisor mobile app.
Do you have photos of Minarets or know something about it? Please let us know!