Boasting fantastically rugged granite peaks and glistening alpine lakes, the Cathedral Range is a famous subrange of the Sierra Nevada that’s located within Yosemite National Park in the US state of California. The range contains 32 named mountains, the highest and most prominent of which is Mount Lyell (13,068ft/2,983m).

Wholly contained within Yosemite National Park in the east-central part of the US state of California, the Cathedral Range is a well-known subrange of the Sierra Nevada. The range itself is located within Tuolumne County and it extends for about 10 miles (16km) from Tuolumne Meadows and the Cathedral Lakes in the north to Mount Lyell near Marie Lakes in the south.

Moreover, while the range is completely located within Yosemite National Park and, indeed, it comprises some of Yosemite’s highest elevation terrain, the Cathedral Range is also located just outside the Ansel Adams Wilderness and the Owens River Headwaters Wilderness of Inyo National Forest, Sierra National Forest, and Devils Postpile National Monument.

As part of the Sierra Nevada, which encompasses a wide swath of eastern California, the Cathedral Range shares a similar geologic history with most of its mountainous neighbors.

Geologically, much of the bedrock in the region formed during the Cretaceous, when a period of subduction led to the creation of the massive Sierra Nevada batholith. This batholith underlies the majority of the range and is comprised of the granites that are typically found in the Sierra Nevada today.

Many years after the batholith formed, the Sierra Nevada experienced widespread uplift as a block situated between the Great Basin Ranges to the east and the California Ranges to the west started to tilt. This uplift led to the formation of the range that we see today.

Additionally, the Cathedral Range was home to glaciers in the very recent past, having been the site of the Lyell Glacier on the side of Mount Lyell. While there is still ice and snow on the slopes of Mount Lyell, the glacier itself has lost all movement, so it is now considered a permanent snowfield rather than a proper glacier.

The Cathedral Range boasts a typical High Sierra ecosystem, like the rest of Yosemite National Park.

Meanwhile, higher elevation slopes above 9,000 feet (2,700m) tend to feature subalpine forests. These forests are mostly comprised of whitebark pine, mountain hemlock, and western white pine. There are also quite a few alpine meadows within this zone, which boast beautiful wildflowers in the summer months.

Finally, the loftiest parts of the range are solidly within the alpine zone, which starts around 10,500ft (3,200m). Here, there are no trees as small grasses, sedges, and willows reign supreme.

The area in and around the Cathedral Range has long been home to humans. In particular, the range is part of the traditional territory of a number of peoples, including the Southern Sierra Miwuk Nation, and the Ahwahneechee, among others.

Settlers of European descent, including those from the eastern United States, first started venturing into the region in earnest during the mid-19th century. During this time, the California Gold Rush brought a flood of prospectors, each of whom hoped to strike it rich in the region.

Not long after the gold rush, tourists started visiting the area, particularly around Yosemite Valley to the east. Perhaps the best-known visitor of European descent to the area was John Muir, who wrote extensively about the Cathedral Range and the rest of what is now Yosemite National Park.

During this time, Muir also climbed many of the prominent peaks in the Cathedral Range. He also worked with the Sierra Club to lobby for the creation of Yosemite National Park. In 1906, President Theodore Roosevelt placed the region under federal land management.

A decade later, in 1916, the National Park Service was established, formalizing the management of Yosemite and other parks around the country. That same year, workers completed Tioga Pass Road, Tuolumne Meadows Lodge, and the campground at Tenaya Lake, making access to the Cathedral Range much easier for most visitors.

These days, while the Cathedral Range does not get nearly as much visitor attention as Yosemite Valley to the west, it is among the most stunning places in Yosemite’s backcountry. Therefore, it is the perfect place to check out if you’re looking for an adventure.

Known for its stunning beauty, the Cathedral Range is one of the most scenic places to hike in Yosemite outside of Yosemite Valley. Here are some of the best places to check out in the region:

Perhaps the most popular hike in the range, the 8 mile (12.8km) round trip hike to Upper and Lower Cathedral Lakes is a solid day trip during the summer months. The trail itself starts at Tioga Road and follows part of the John Muir Trail.

When you arrive, you’ll get to enjoy some excellent views of the Cathedral Lakes, which are surrounded by Cathedral Peak, Echo Peak, and Tresidder Peak for added dramatic effect. Plus, despite being a popular hike, the crowds are usually quite small at the lakes, so you can sit back and enjoy the view and some solitude, all at the same time.

If you want a chance to summit one of the Cathedral Range’s most iconic peaks, then the Cathedral Peak scramble is the hike for you. Starting out at Tuolumne Meadows, the trail follows the John Muir Trail for a short distance before veering off onto a climber’s path for the rest of the way.

Toward the end of this 10 mile (16 km) round trip hike, you’ll have to do a bit of scrambling. While the scrambling isn’t technical, it does come with a bit of exposure, so a head for heights and solid footwork are essential. Once you’re at the summit of Cathedral Peak, you even get excellent views of the surrounding area – a great reward for your efforts.

Climbing Mount Lyell is a popular pastime for experienced hikers, though the trek is a serious undertaking that is only recommended for people with plenty of high-elevation hikes under their belt.

The hike is about 25 miles (40.2km) round trip and it starts at the Tuolumne Meadows Wilderness Center. From there, you’ll follow the John Muir Trail for a while until you reach Donahue Pass, where the uphill really begins.

At the base of Mount Lyell, you have a choice between traversing the snowfield to the east arête of the mountain and scrambling up the rocky ridge to the summit (crampons recommended) or ascending the talus field on the northwest ridge. Regardless of which route you choose, however, proper risk management skills are essential.

Once you’re at the summit, you can gaze out and look at the rest of Yosemite below you and take in the beauty of the region. Then you can head back toward Tuolumne Meadows and venture over to Yosemite Valley for some much-deserved post-hike refreshments.

Looking for a place to stay before or after your visit to the Cathedral Range? Here are some great cities to check out:

The town of Mammoth Lakes is located just to the east of the Cathedral Range in Mono County, a short drive from Tuolumne Meadows. It is home to about 8,200 people and it is a popular destination for outdoor recreation.

In addition to being located at the base of Mammoth Mountain, which helps drive tourism in the winter months, Mammoth Lakes is a popular camping and climbing destination. Mammoth Lakes is accessible by road, and it also has year-round air service to major cities around California and the western United States.

Located 3 hours to the north of Tuolumne Meadows, Reno is the second largest city in the state of Nevada with about 250,000 residents. The city is also situated just outside the Lake Tahoe region, which makes it a great place to stay if you’re looking to visit a number of parks and national forests in the Sierra Nevada.

Reno is a major transport hub for the region, thanks to its great highway connections and international airport.

The capital of the state of California, Sacramento is a 4 hour drive to the northwest of the Cathedral Range. With a population of about 510,000 people, Sacramento is the sixth-largest city in the state.

It is the cultural hub for the Sacramento Valley and much of the California Central Valley, as well as a transportation center for the central part of the state, as it is home to a major international airport. 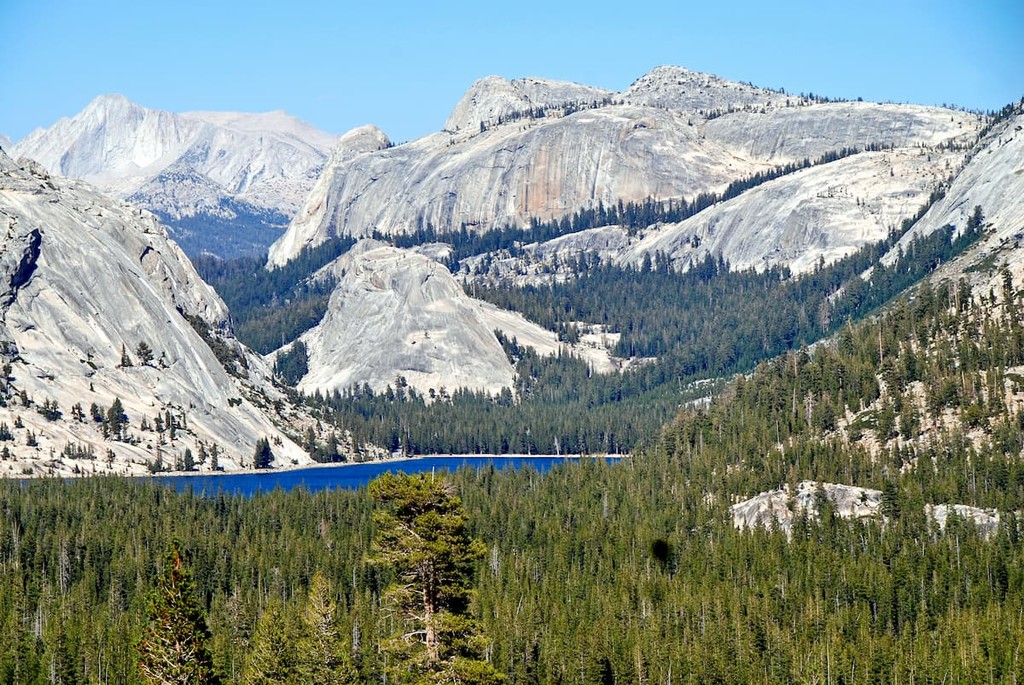 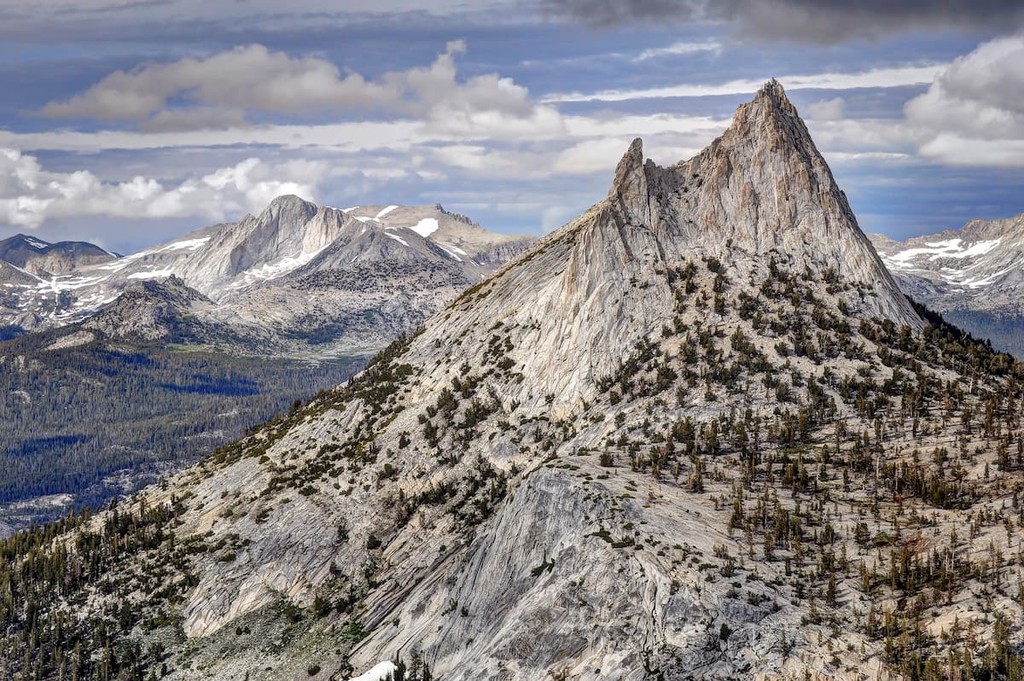 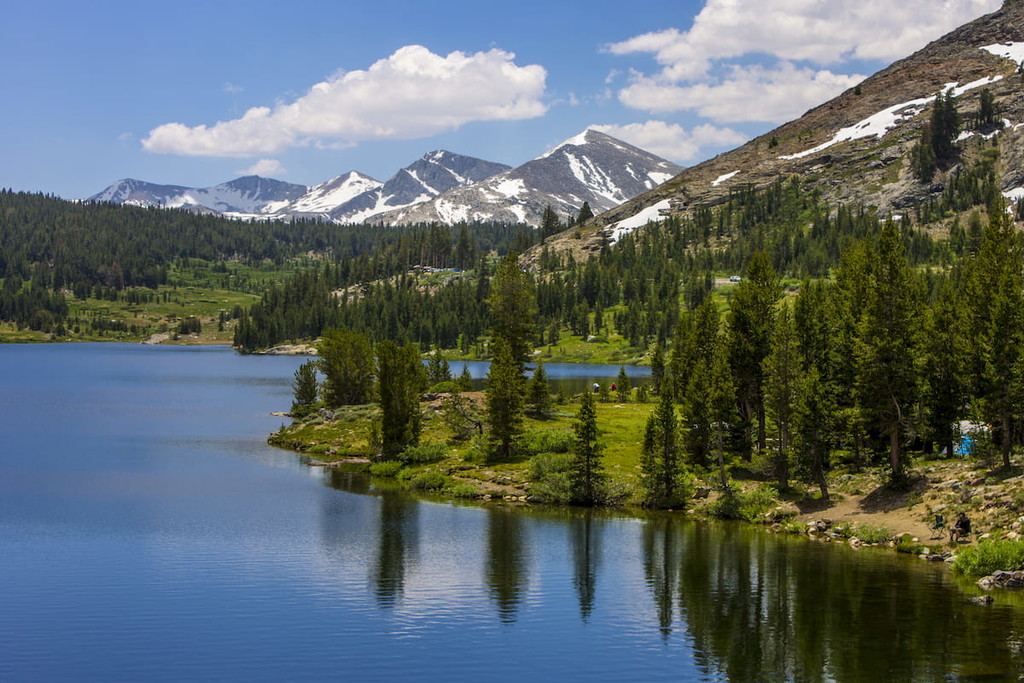 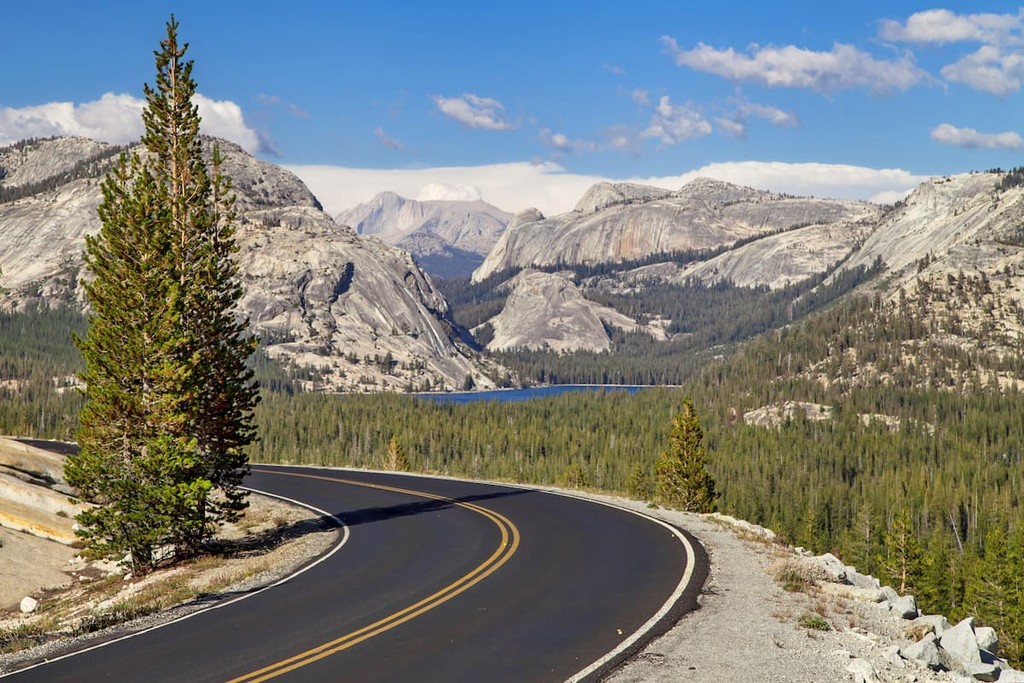 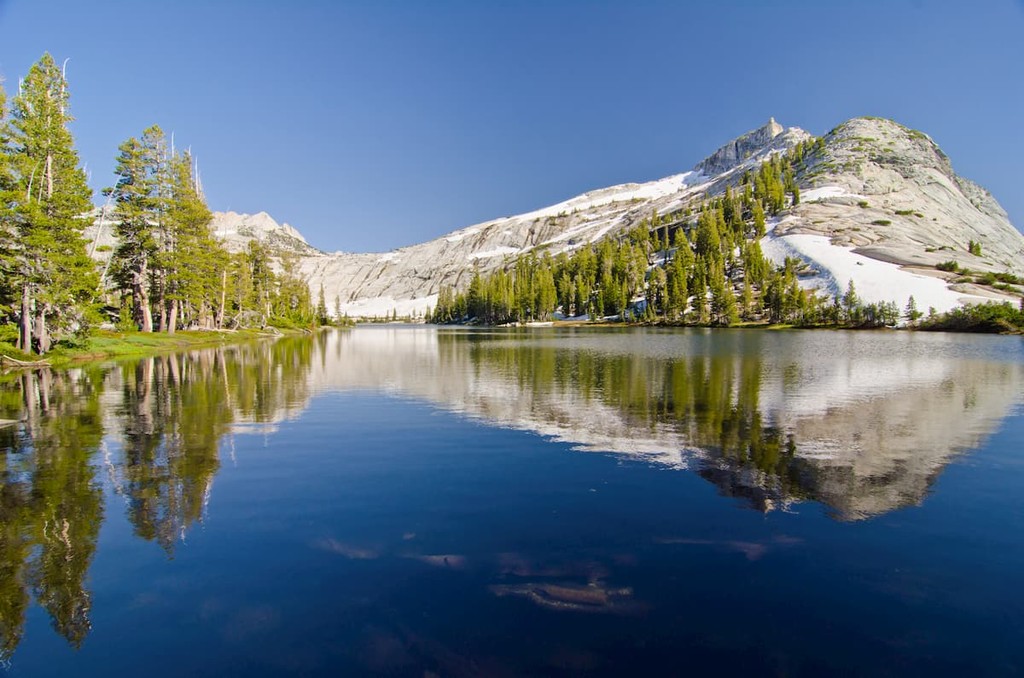 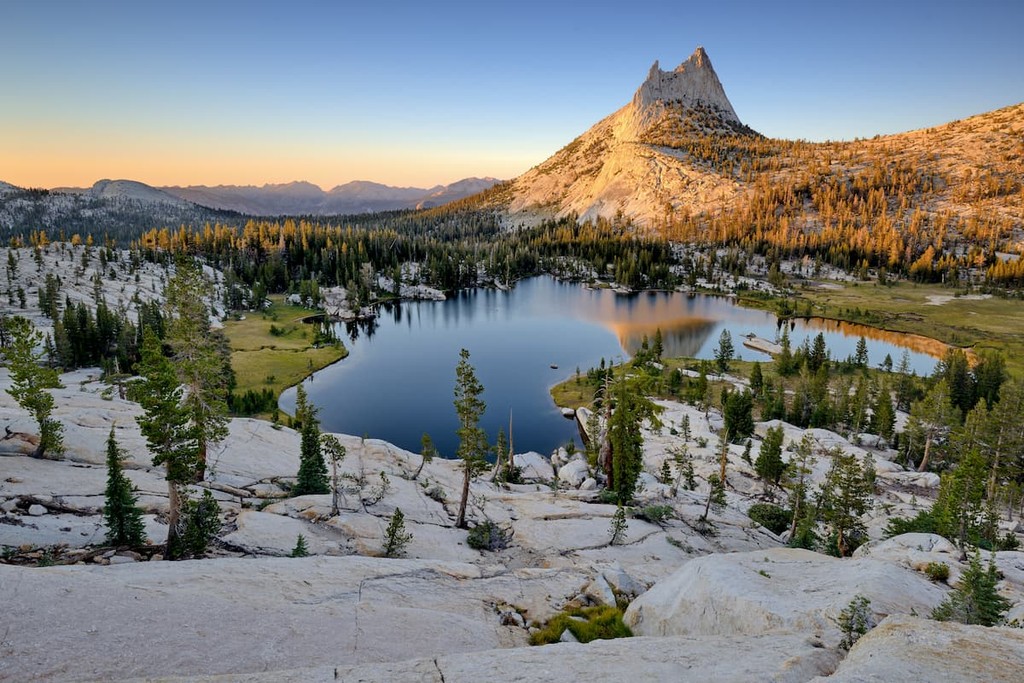