Mono County is a rural county in California located east of the Sierra Nevada between Yosemite National Park and Nevada. One of the least populated counties in California, Mono County covers over 2 million acres, but contains just one incorporated city, Mammoth Lakes. Many other unincorporated communities are scattered throughout the county and many of them thrive on the region’s tourism and recreation industries.

Mono County was formed in 1861 and named after a Native American Paiute tribe, the Mono people, who historically inhabited the Sierra Nevada. “Mono” in Paiute means “beautiful,” which perfectly describes the region’s natural beauty. The county’s location along the eastern slopes of the Sierra Nevada Mountains makes it a place of incredible diversity. From the soaring granite summits of the Sierra Nevada to vast expanses of desert vistas and bubbling hot springs, Mono County truly has it all. 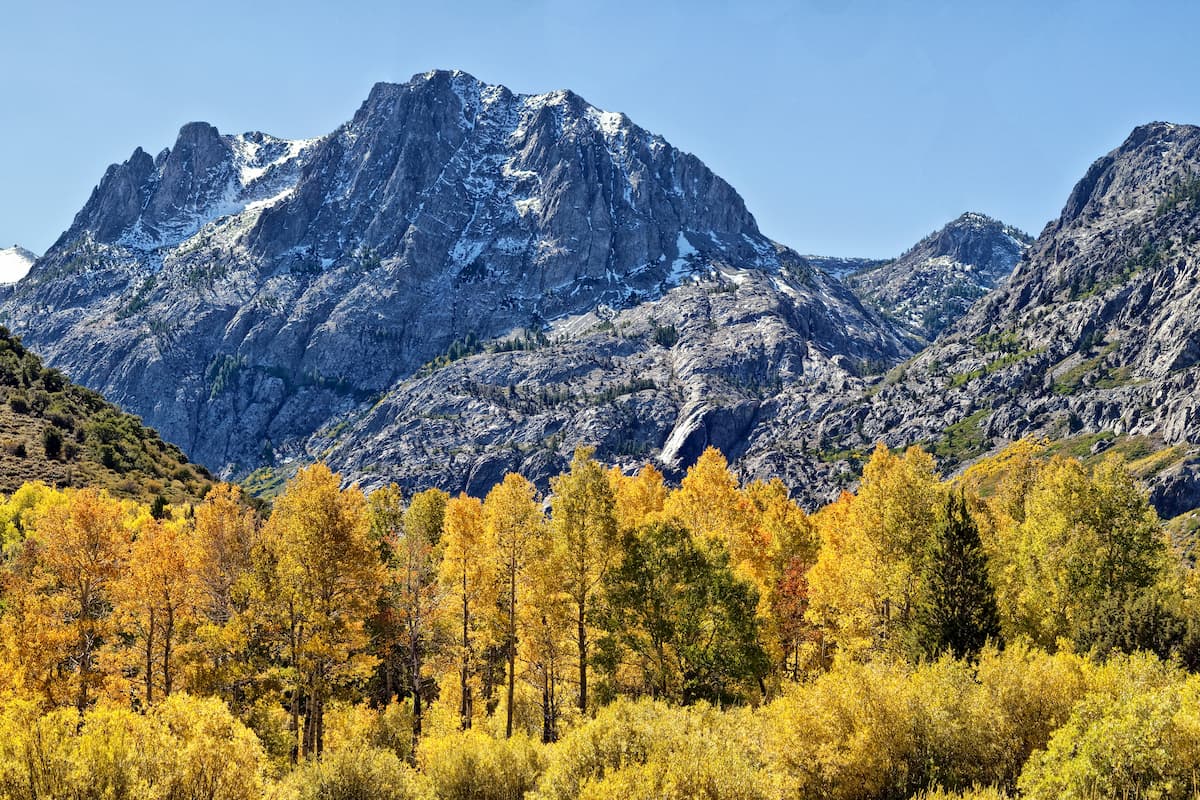 Roughly 96% of Mono County is public or quasi-public land administered by the U.S. Forest Service, Bureau of Land Management, State of California, or the Los Angeles Department of Water and Power. Most of the county is tucked within the Inyo and Humboldt-Toiyabe National Forests, as well as the John Muir and Ansel Adams Wilderness areas. Mono County is also the eastern gateway to Yosemite National Park, one of the most cherished National Parks in the nation.

Though Mono County is home to just 14,000 permanent residents, millions of people travel to the area every year to visit popular ski resorts, explore the region’s many alpine trails, or fish in well-stocked lakes, streams, and rivers.

Mono County is generally accessed via Highway 395, a scenic byway that parallels the Eastern Sierras. This incredible stretch of highway is extraordinarily diverse, boasting vistas of stunning 11,000-foot summits, as well as sage-covered plains. Along Highway 395, visitors can stop at a number of extraordinary natural attractions and historic sites, including Bodie, a historic (and allegedly haunted) gold rush town, Alabama Hills, June Lake, Convict Lake, and the county’s namesake lake, Mono Lake.

Several of Mono County’s tallest summits, including Mount Dubois, The Jumpoff, and Montgomery Peak are tucked within the White Mountains, while others, like Red Slate Mountain, Mount Dana, and Kuna Peak are located in the Sierras. Three of the highest mountain passes in California - Tioga Pass, Sonora Pass, and Monitor Pass – are also located in Mono County. These incredible mountain passes join the east side of the Sierra Nevada with the west and boast some of the most dramatic views in the state.

Located in the western Sierra Nevada, Yosemite National Park is one of the most iconic parks in the states. Famed for its giant, ancient sequoias, deep valleys, cascading waterfalls, and impressive granite peaks, Yosemite encompasses 1,200 square miles of mountainous scenery and boasts more than 800 miles of hiking trails.

Visitors to the park often remain in Yosemite Valley, taking in views of granite icons like Half

Dome and El Capitan. However, Yosemite Valley only represents a small fraction of the park. Yosemite high country is where avid hikers and backpackers go to explore beautiful mountain peaks like Mount Gibbs, Mount Conness, and Mount Lyell, the highest point in the park.

The Mono Lake District is the northernmost district of the Inyo National Forest and sits adjacent to Yosemite National Park. This area is known for its accessibility and incredible hiking trails. Most visitors to this area spend time along the June Lake Loop exploring scenic footpaths like the Parker Lake trail and Yost Lake Trail, or venture to Tioga Pass or Lee Vining to explore trails like the Twenty Lakes Basin and the Lundy Canyon trail.

Mammoth Lakes, the only incorporated town in Mono County, lies at the base of a world-renowned ski resort, Mammoth Mountain. Mammoth Mountain features over 3,500 skiable acres, 28 lifts, and averages 400 inches of snowfall annually.

Mammoth Lakes is also a popular year-round destination for visitors looking to explore the Sierras. Surrounded by peaks, valleys, and alpine lakes, Mammoth Lakes is close to California icons like Yosemite National Park, Mount Whitney, and the Mammoth Lakes Basin. There is a variety of lodging available in and around Mammoth Lakes, including popular resorts like the Tamarack Lodge, Mammoth Mountain Inn, and Juniper Springs Resort.

June Mountain is located in June Lake, a small community located along the southernmost rim of Mono Basin. June Lake is best-known for the June Lake Loop, a scenic 16-mile loop that follows a horseshoe-shaped canyon to four gorgeous lakes enveloped by spectacular snow-capped peaks. 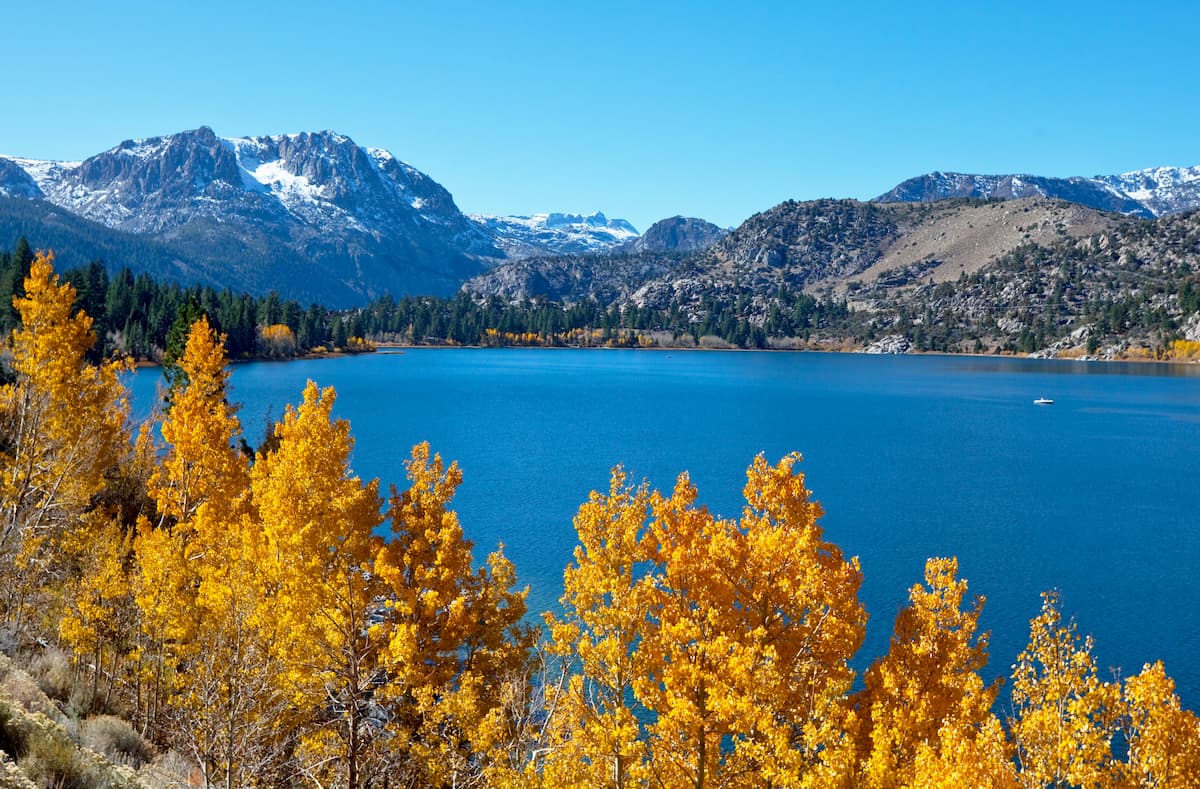 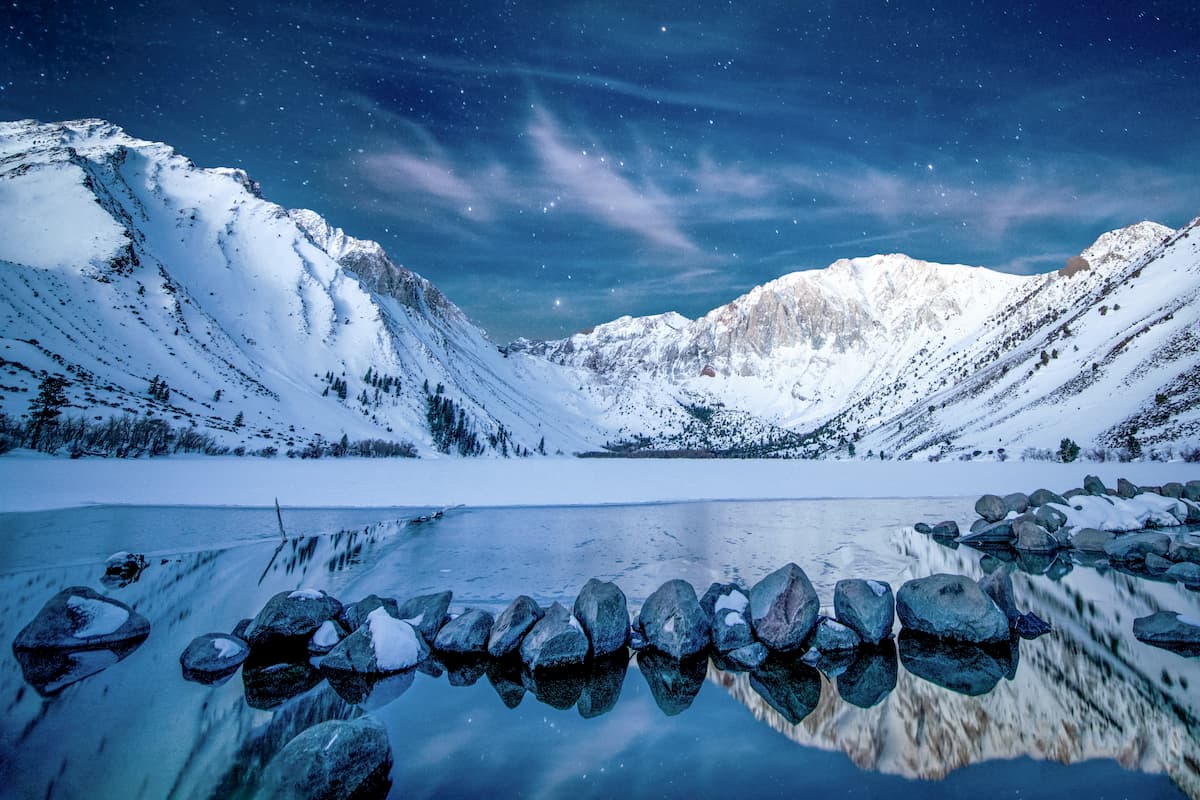 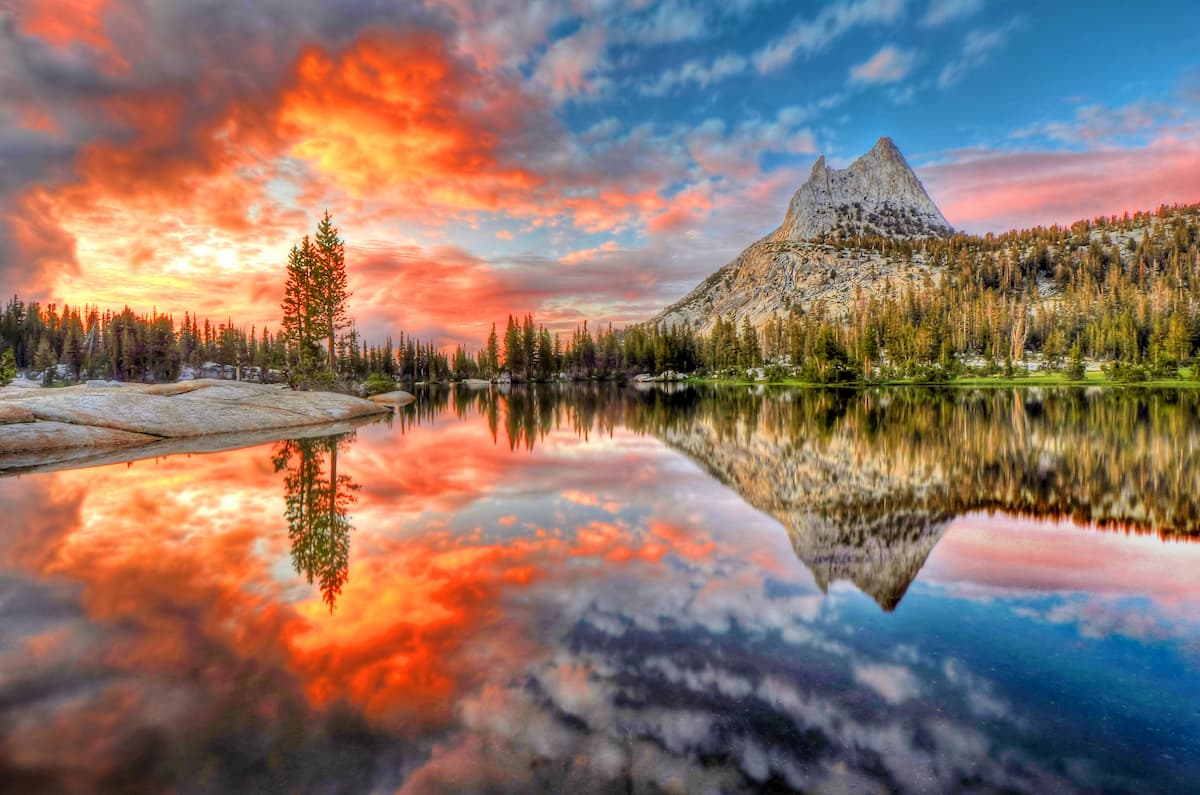 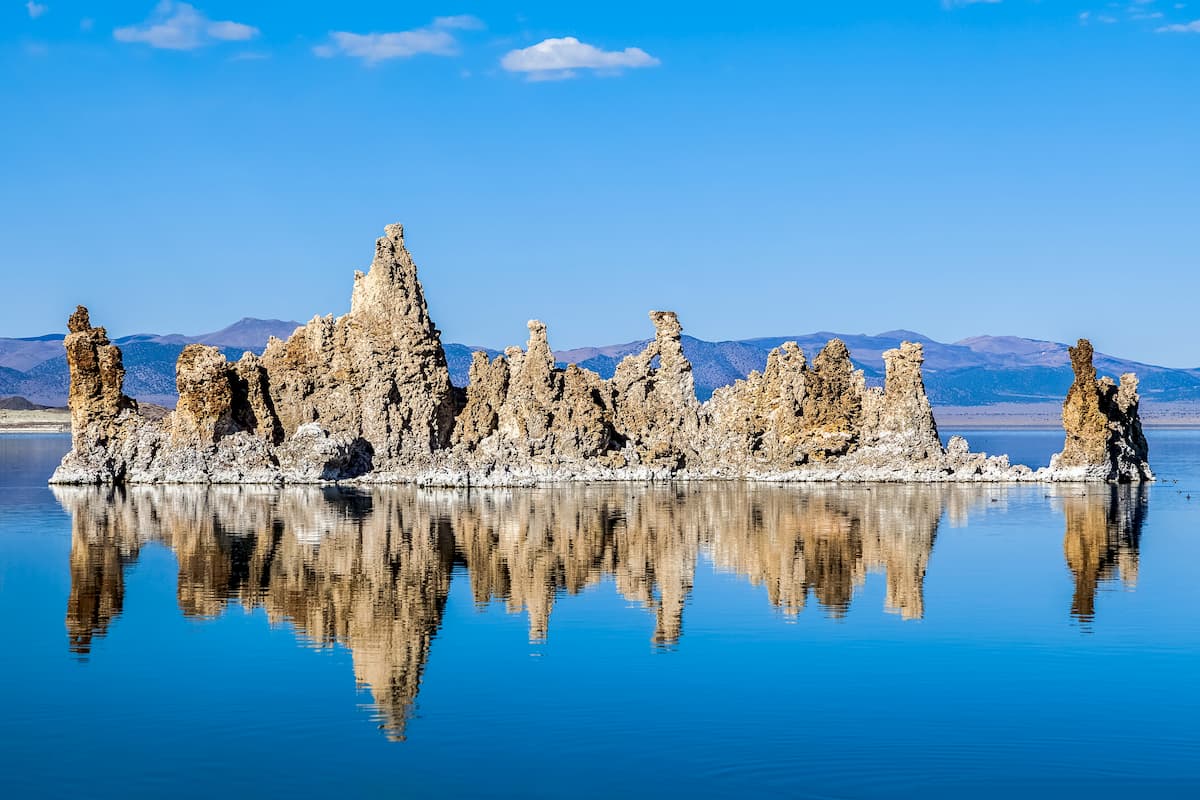 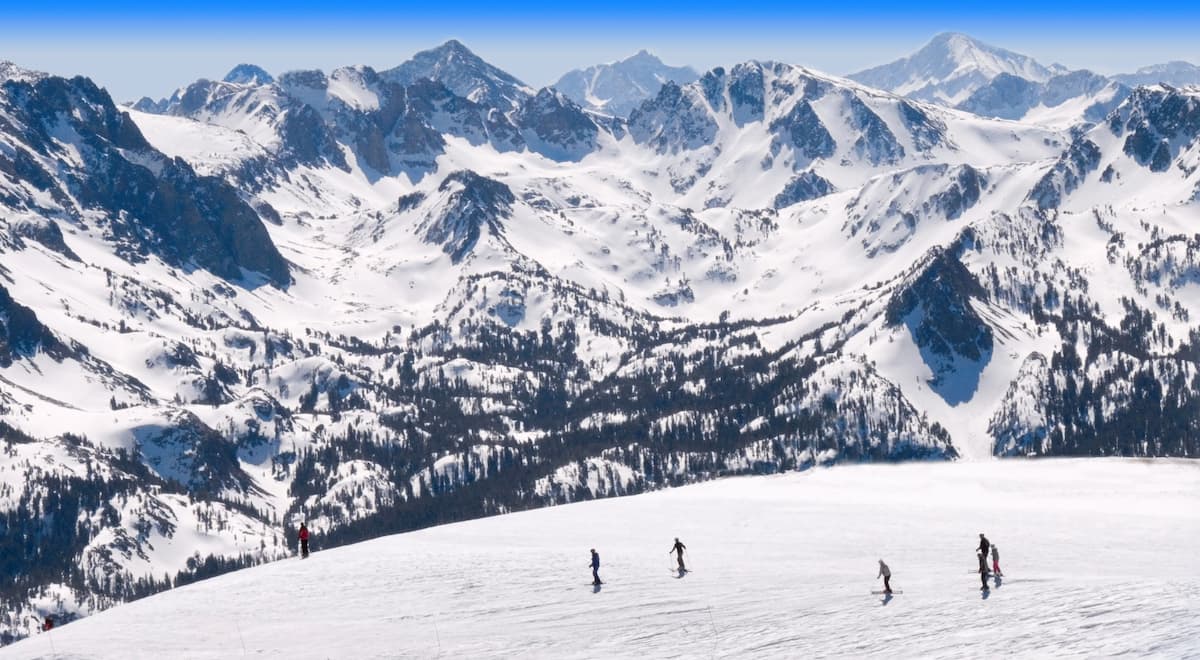 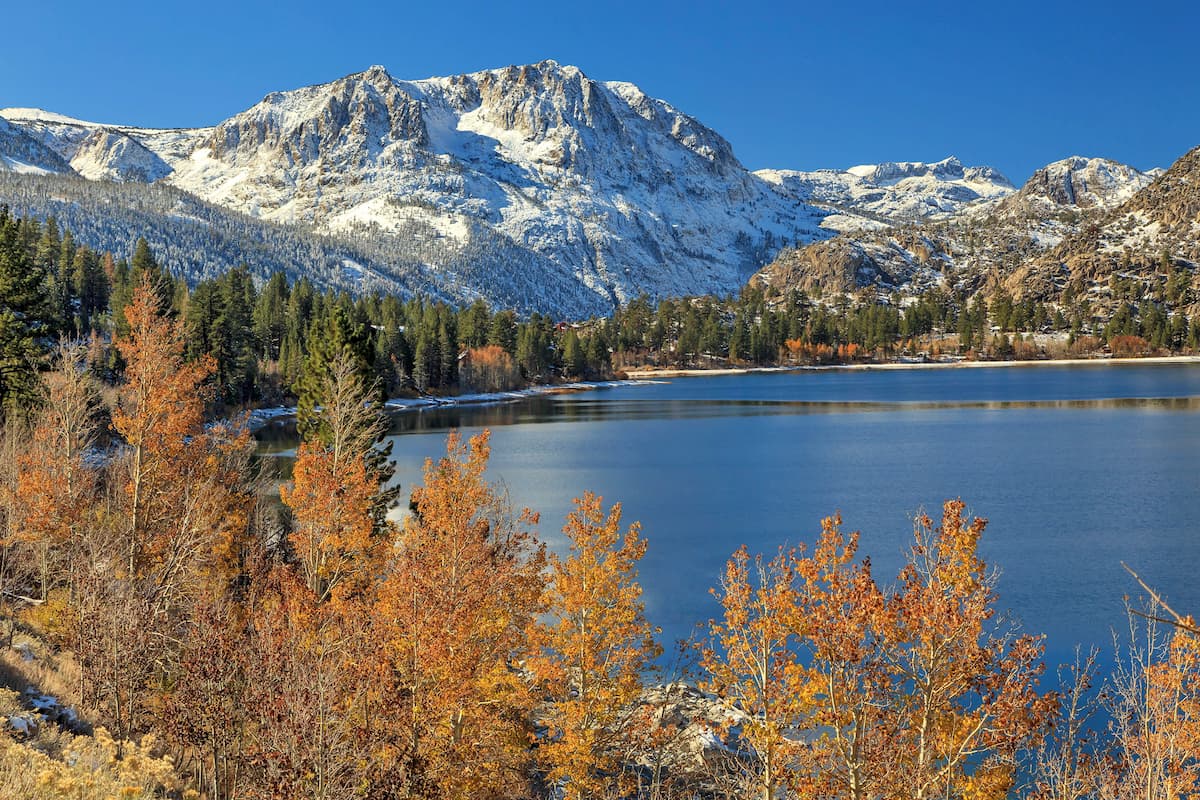