Located in the heart of the Sierra Nevada mountains of the US state of California, Yosemite National Park is a crown jewel of the US National Park Service, thanks to its sheer granite cliffs and unique post-glacial landscape. The park contains some 748,436 acres (3,029km2) of land in four separate California counties, Tuolumne, Mariposa, Madera, and Mono. 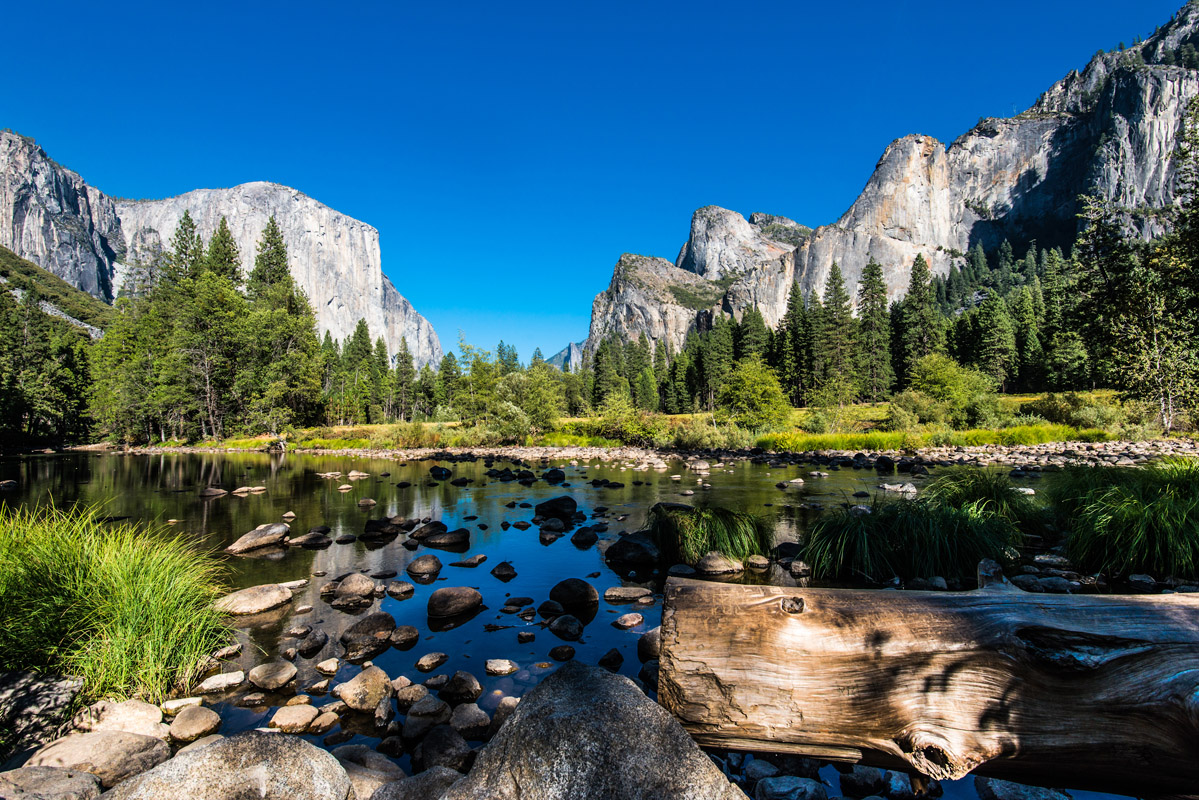 Yosemite National Park was designated as a UNESCO World Heritage site in 1984 due to its abundance of granite cliffs, rivers, giant sequoias, and waterfalls. However, the history of the Yosemite area far predates the national park as there is evidence that Yosemite Valley has been inhabited by humans for at least the last 3,000 years.

The first peoples of the Yosemite Valley, the Ahwahneechee, are closely related to the nearby Northern Paiute and Mono people and consider the region to be their ancestral homelands. Many other groups frequented the area, particularly the Central Sierra Miwoks who lived along the Tuolumne and Stanislaus Rivers. The people of the greater Yosemite region subsisted mostly on acorns, seeds, plants, salmon, and deer as well as the other vegetation and game that we still see in the area today.

After the California Gold Rush of the 1850s, however, and the arrival of many white settlers, the region around Yosemite Valley began to change dramatically as these prospectors competed with the first people over resources and land. In the early 1840s, the Mariposa Wars began in an attempt to suppress resistance from these native people as the United States Army’s Mariposa Battalion charged into Yosemite Valley in pursuit of Ahwahneechee Chief Tenaya and his 200 men.

The Mariposa Battalion eventually captured and killed most of the Ahwahneechee while the survivors were taken as captives and joined the Mono Paiute people. At the conclusion of these wars, a small number of native peoples continued to live in the Yosemite region, some of whom started working in the growing tourism industry as laborers or performing for tourists.

The region around Yosemite Valley quickly became popular with tourists, who were enamored by the giant sequoia trees of Mariposa Grove as well as the granite monoliths of the valley itself. The first real protections for the park didn’t occur until President Abraham Lincoln signed a bill creating the Yosemite Grant on June 30, 1864, setting aside land specifically for preservation and public use.

This land grant set the stage for the creation of Yellowstone as a national park in 1872, though Yosemite Valley and Mariposa Grove were ceded to California to be a state park just two year later. After the completion of the First Transcontinental Railroad in 1869, however, tourism boomed, despite the long horseback ride into the Valley. Eventually, three stagecoach roads were built to better accommodate these tourists.

Yosemite Valley became even more popular after the visits of John Muir, who lobbied President to give Yosemite Valley and Mariposa Grove back to the federal government for more lasting protection as part of a potential Yosemite National Park, which finally happened on October 1, 1890.

Since that time, Yosemite has seen dramatic growth in visitor numbers, making it one of the most heavily visited parks in the entire US National Park system. With an average of over 4 million visitors each year - the vast majority of whom never leave the 7 square miles of Yosemite Valley - the national park has had to deal with a number of overcrowding issues as well as lengthy traffic jams at the height of summer.

But, if you’re looking for solitude and willing to trek far into the backcountry, you can still find it within the natural wonders of Yosemite National Park.

With hundreds of miles of maintained hiking trails in Yosemite National Park, the region is a veritable trekking paradise. Here are some of the best options:

The Yosemite Falls Trail starts from Camp 4 and takes you up to a fantastic viewpoint of both El Capitan (7913ft/2412m), and the falls themselves. This 7.2 mile out and back trip is moderately strenuous as it gains some 2700ft (820m) to the viewpoint. If you’re looking to top out on El Cap itself, you can connect onto a spur trail to the summit of Yosemite’s most dramatic feature for a 15-mile roundtrip adventure.

Perhaps the most sought after hike in Yosemite National Park, the trail up Half Dome (8839ft/2694m) follows the Cable Route to the summit of the most iconic feature in the area. This hike is so popular that you have to enter a lottery for a permit up to 6 months ahead of time, but if you want a chance to see some of the best views of Yosemite Valley, it’s definitely worth a shot!

Located in the Hetch Hetchy region, the Rancheria falls trail is a 13.4 mile (21.4km) out and back hike that begins at O’Shaughnessy Dam and takes you past Wapama Falls to the spectacular waterfalls at Rancheria. This can be done as a day hike, but if you want to spend the night in the backcountry, you’ll need to apply for a wilderness permit!

A short 0.3 mile loop around the Mariposa Grove of giant sequoia, this hike isn’t strenuous at all, but it is your best way to experience the splendor of the giant sequoias first hand. Plus, it’s wheelchair accessible and relatively flat, so it’s perfect for families.

If you want to stay in Yosemite National Park itself, you can stay in one of the park’s lodgings options or campgrounds. As you can imagine, these places are incredibly popular and you’ll definitely want to make a reservation in advance. Campground reservations are available up to 6 months ahead of time, but check out the park’s website and recreation.gov for more information.

If you’re looking for a place to stay outside the park or a good place to start your adventure, check out these cities:

Just an hour and a half south of Yosemite National Park, Fresno is the sixth largest California city and has all the usual amenities, as well as a large airport. Plus, you can take the YARTS public transport system straight from town into the park if you’re traveling without a car or don’t want to drive in the traffic.

Located an hour and a half southwest of Yosemite National Park, Merced is a city of 80,000 people with plenty of hotels, restaurants, and shops to resupply at before your adventures. You can also take the YARTS public transport system straight from Merced to Mariposa and Yosemite National Park all year long. 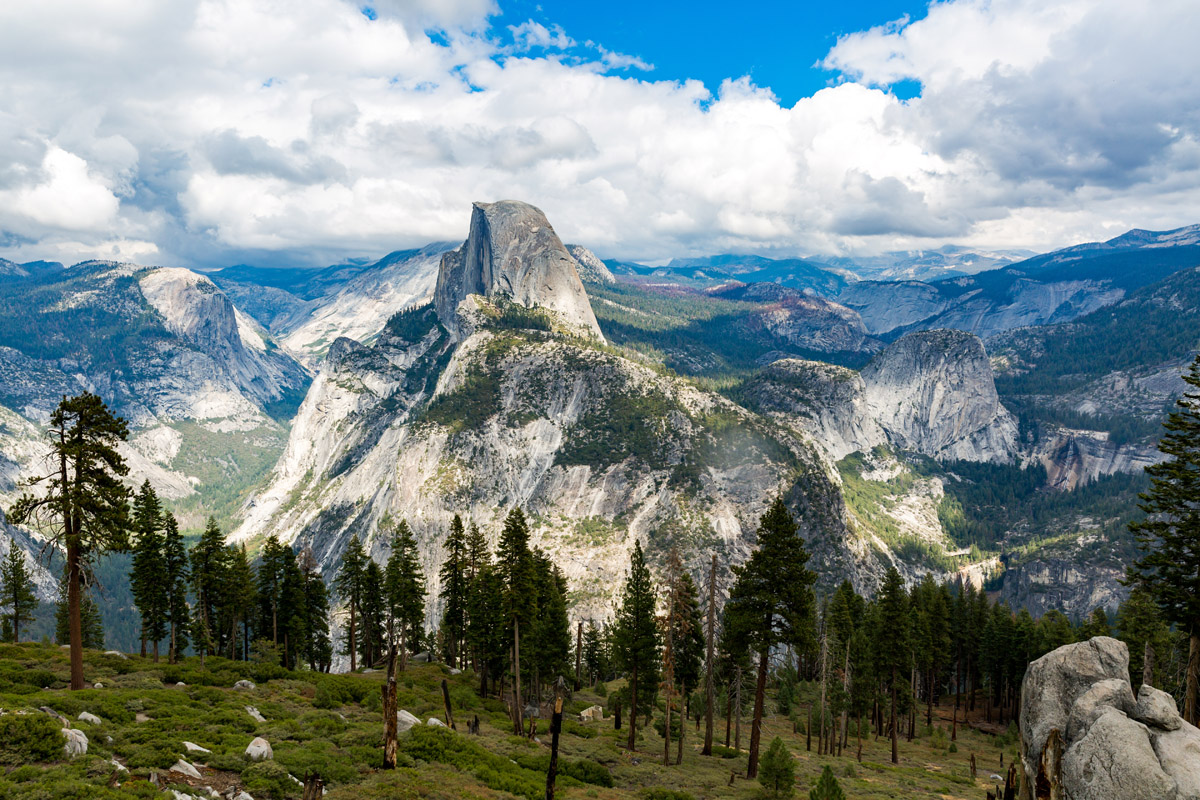 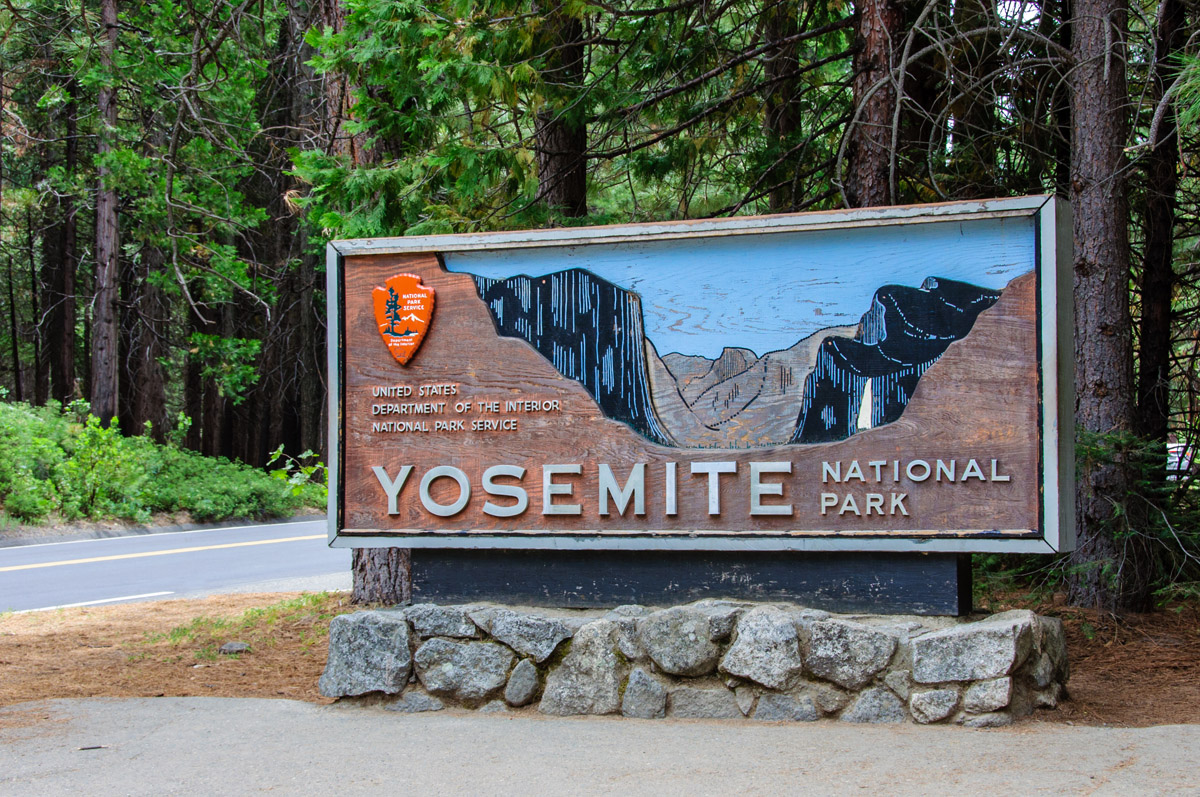 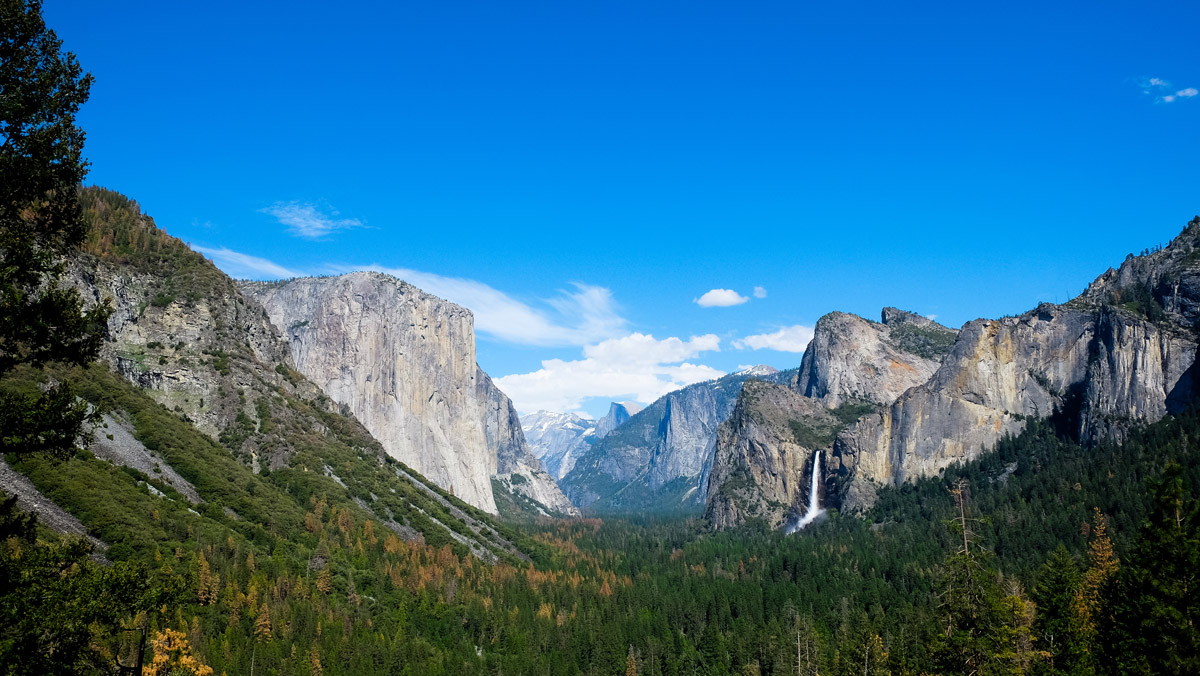 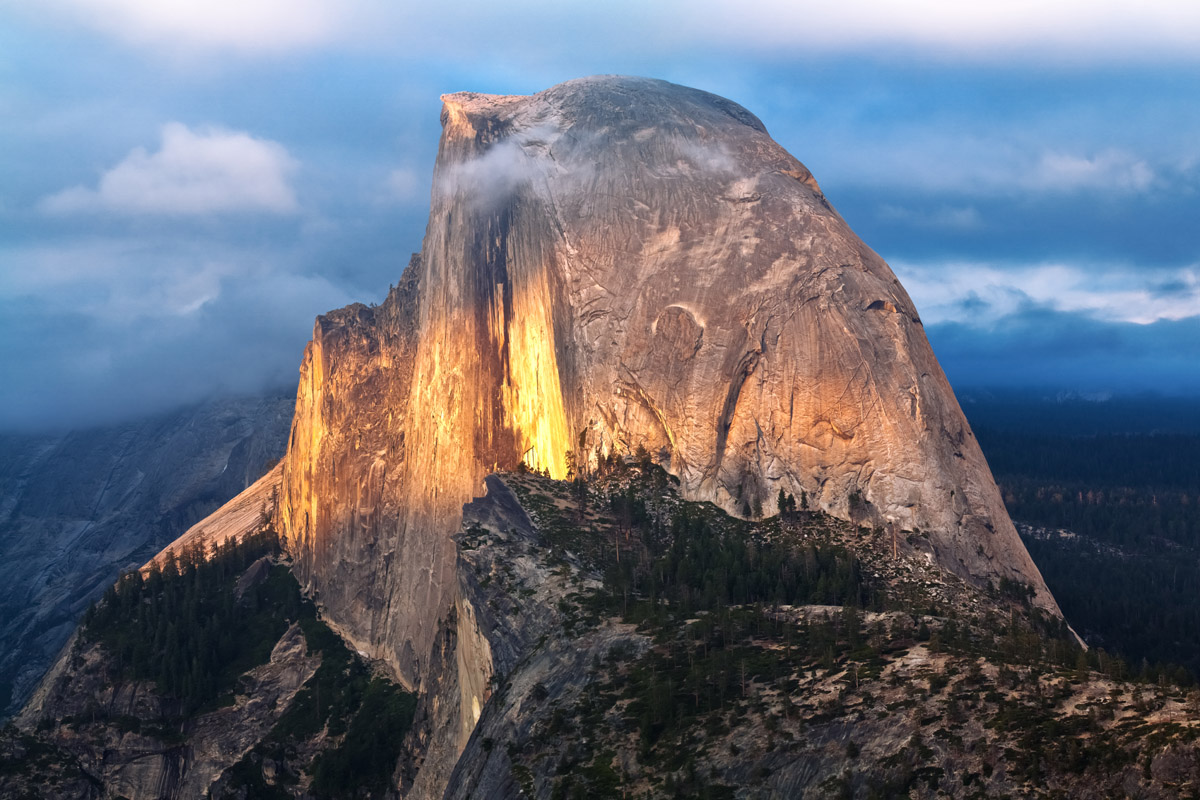 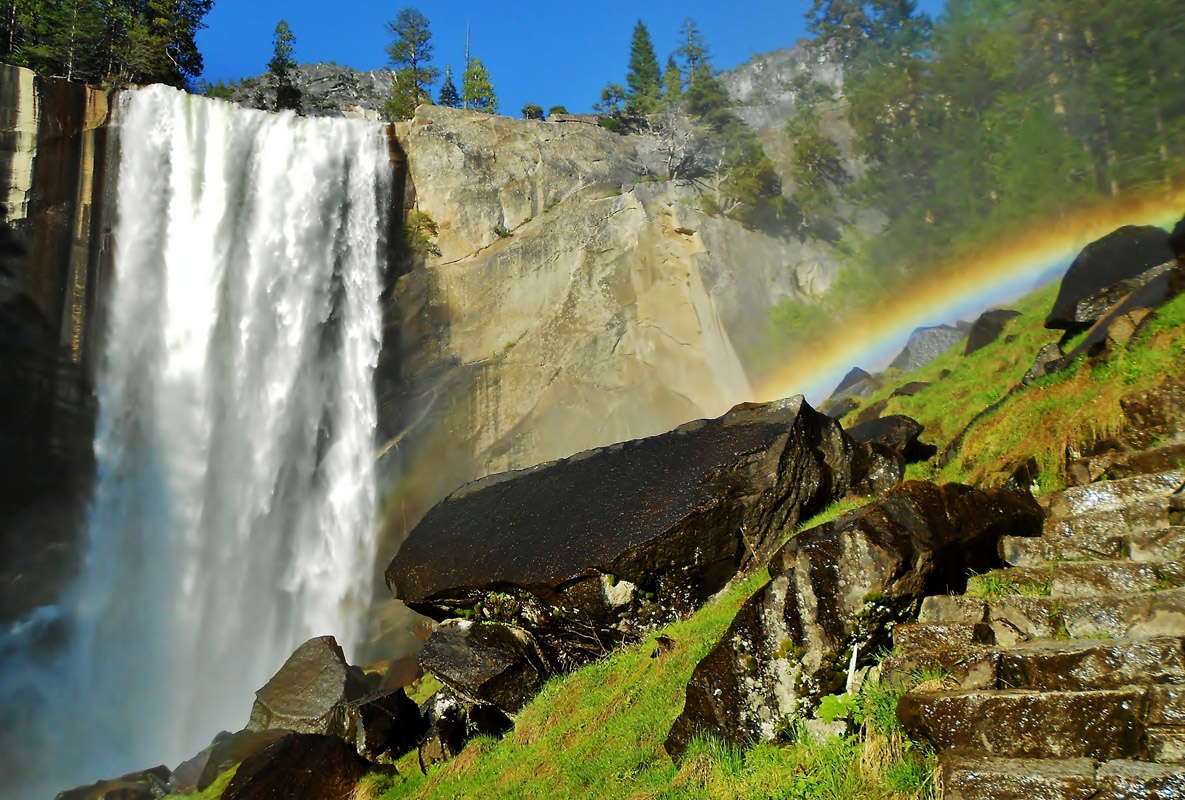 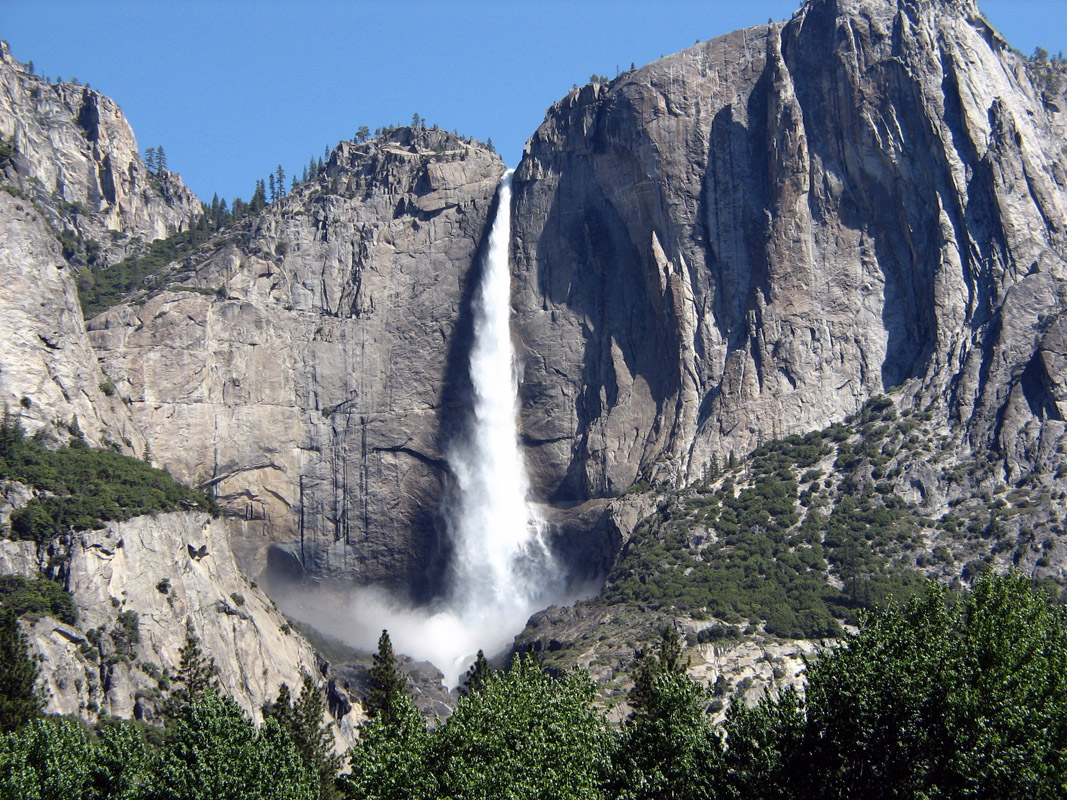 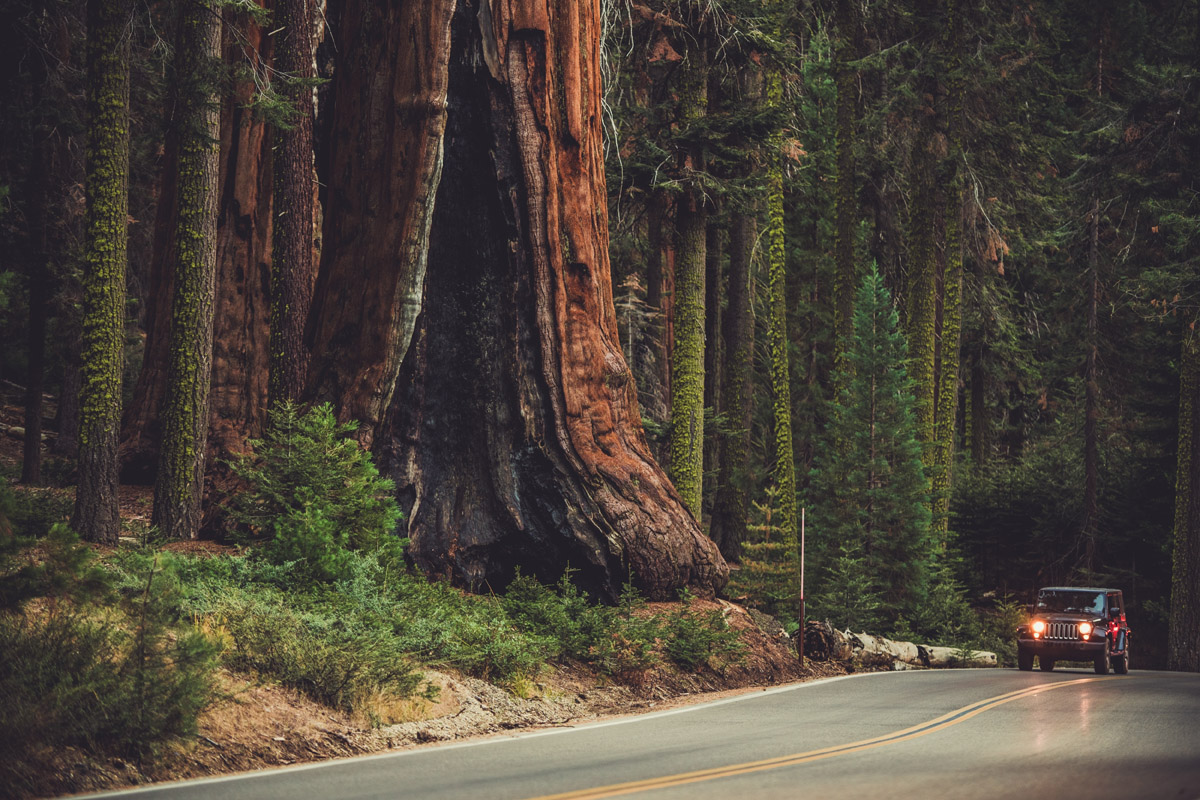