2 371 m
Elevation
Elevation is the altitude of a place
above sea level.

6 m
Prominence
Peak’s prominence is the least
vertical to be covered to get from the
summit to any other higher terrain.

Proportional Prominence 11 m
Location
37.742222 N  -119.636097 W
El Capitan (Spanish for The Captain, The Chief) is a vertical rock formation in Yosemite National Park, located on the north side of Yosemite Valley, near its western end. The granite monolith extends about 3,000 feet (900 m) from base to summit along its tallest face and is one of the world's favorite challenges for rock climbers and BASE jumpers.

The formation was named "El Capitan" by the Mariposa Battalion when they explored the valley in 1851. El Capitan ("the captain", "the chief") was taken to be a loose Spanish translation of the local Native American name for the cliff, variously transcribed as "To-to-kon oo-lah" or "To-tock-ah-noo-lah". It is unclear if the Native American name referred to a specific tribal chief or simply meant "the chief" or "rock chief". In modern times, the formation's name is often contracted to "El Cap", especially among rock climbers and BASE jumpers.

The top of El Capitan can be reached by hiking out of Yosemite Valley on the trail next to Yosemite Falls, then proceeding west. For climbers, the challenge is to climb up the sheer granite face. There are many named climbing routes, all of them arduous, including Iron Hawk and Sea of Dreams, for example.
There's a trail leading to the summit. 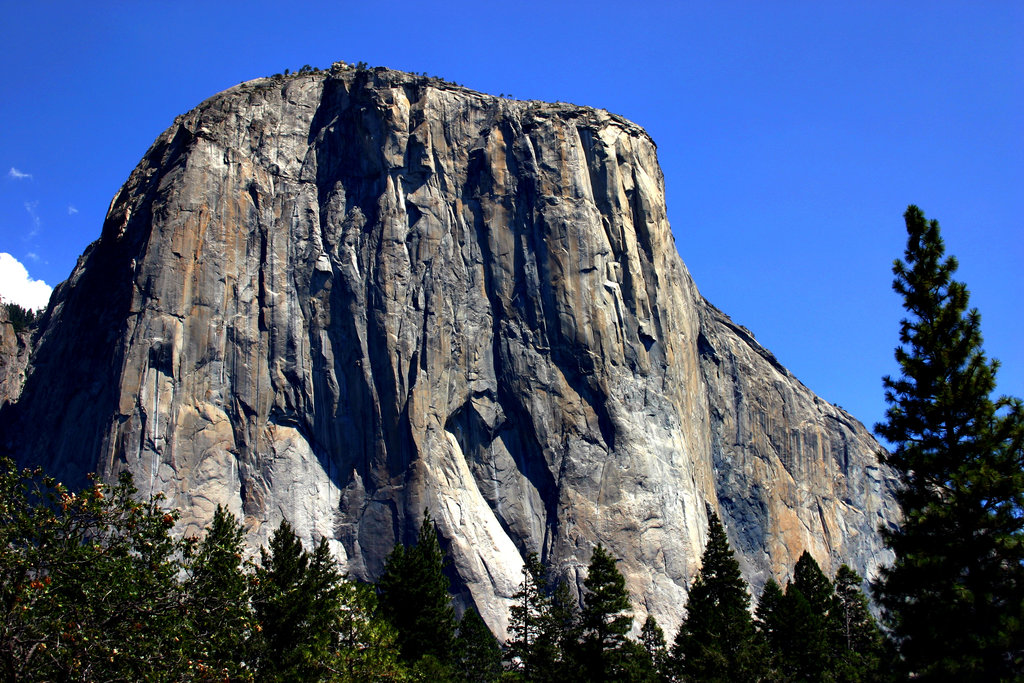 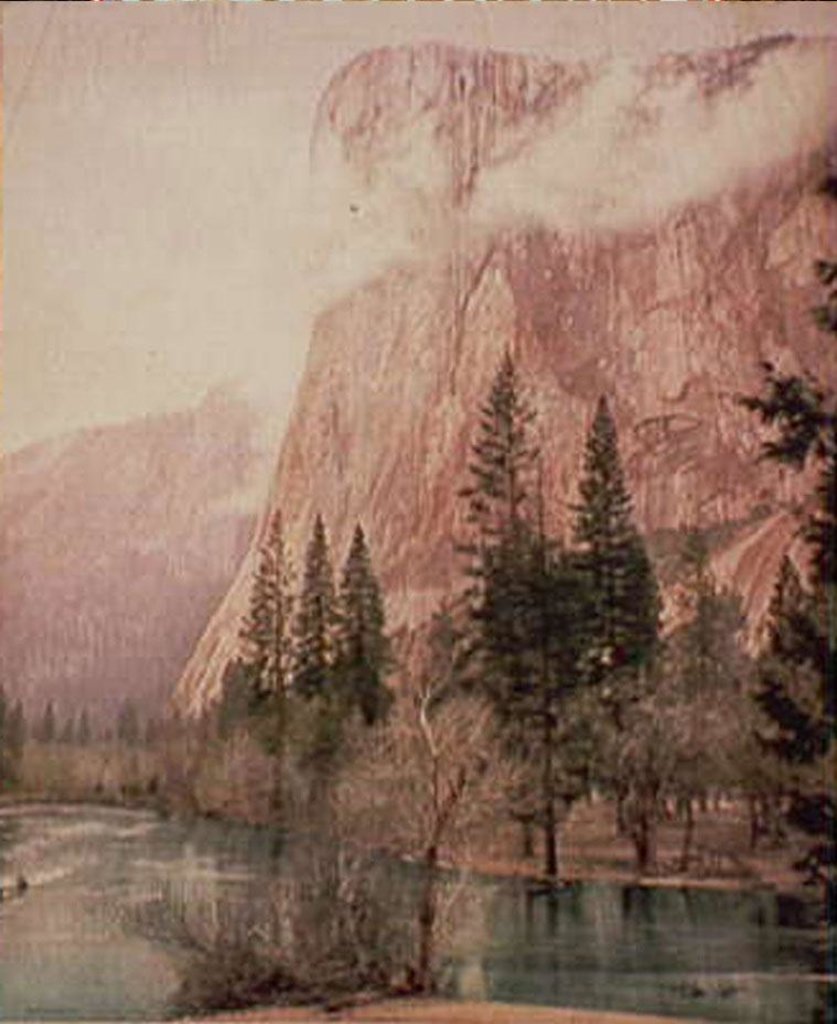 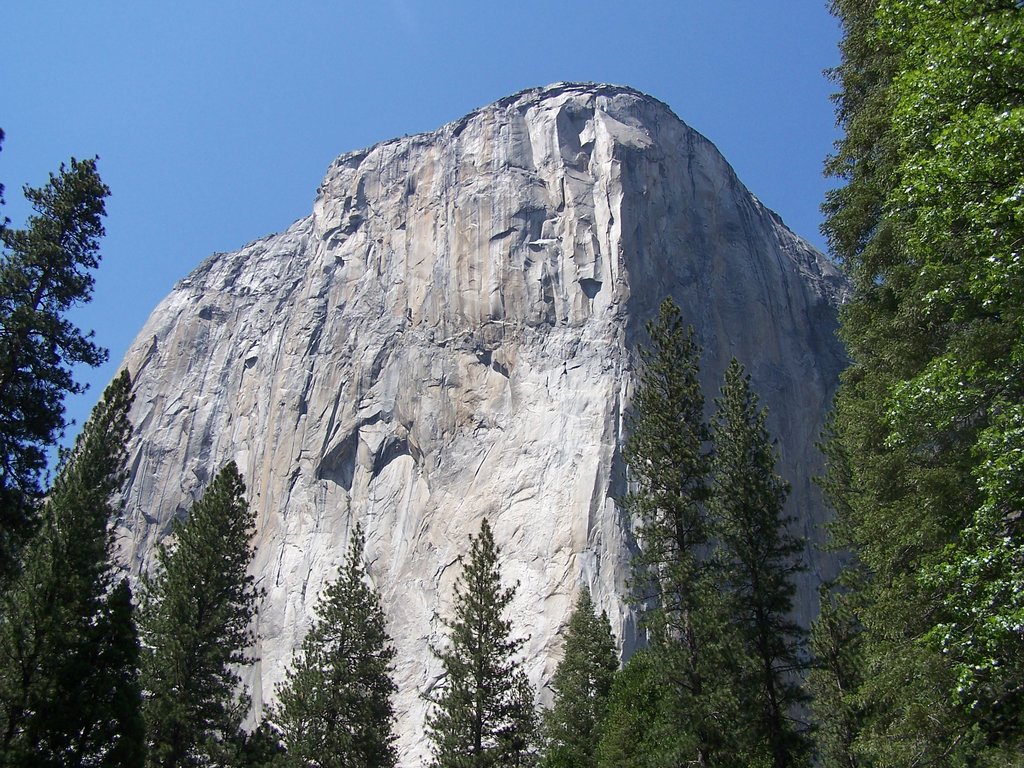 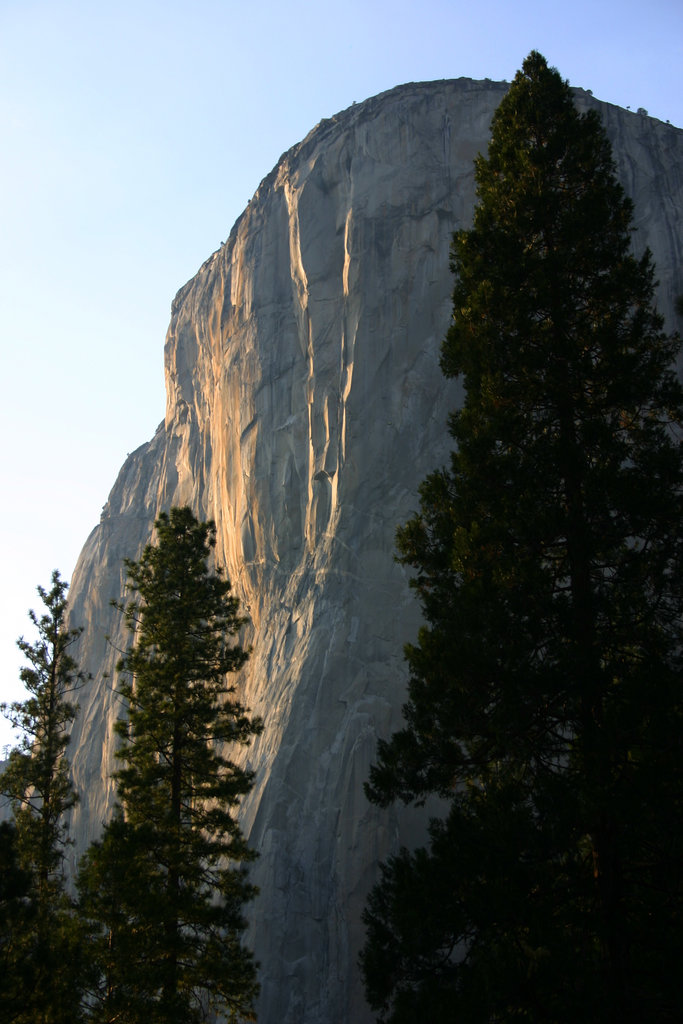