2 967 m
Elevation
Elevation is the altitude of a place
above sea level.

224 m
Prominence
Peak’s prominence is the least
vertical to be covered to get from the
summit to any other higher terrain.

Proportional Prominence 1 092 m
Location
38.905781 N  -120.099105 W
Mount Tallac is a mountain peak southwest of Lake Tahoe, in El Dorado County, California. The peak lies within the Desolation Wilderness in the Eldorado National Forest. It is quite visible from State Routes 89 and 28, and U.S. Route 50. A "cross of snow" is clearly visible on the mountain's face during the winter, spring, and early summer months.

The mountain is shown on maps of the Whitney Survey as Chrystal Peak. In 1877, the Wheeler Survey named the peak "Tallac", after the Washo word "daláʔak", meaning 'big mountain'.

An estimated 10,000 climb the peak each year via routes approaching the summit from Desolation Wilderness to the west, Fallen Leaf Lake to the East, and access roads from the north. Wilderness permits are required to hike Mount Tallac.

The opening sequence of the TV series Bonanza was filmed at the McFaul Creek Meadow, with Mount Tallac in the background.
There's a trail called Mount Tallac Trail (17E33B) leading to the summit. 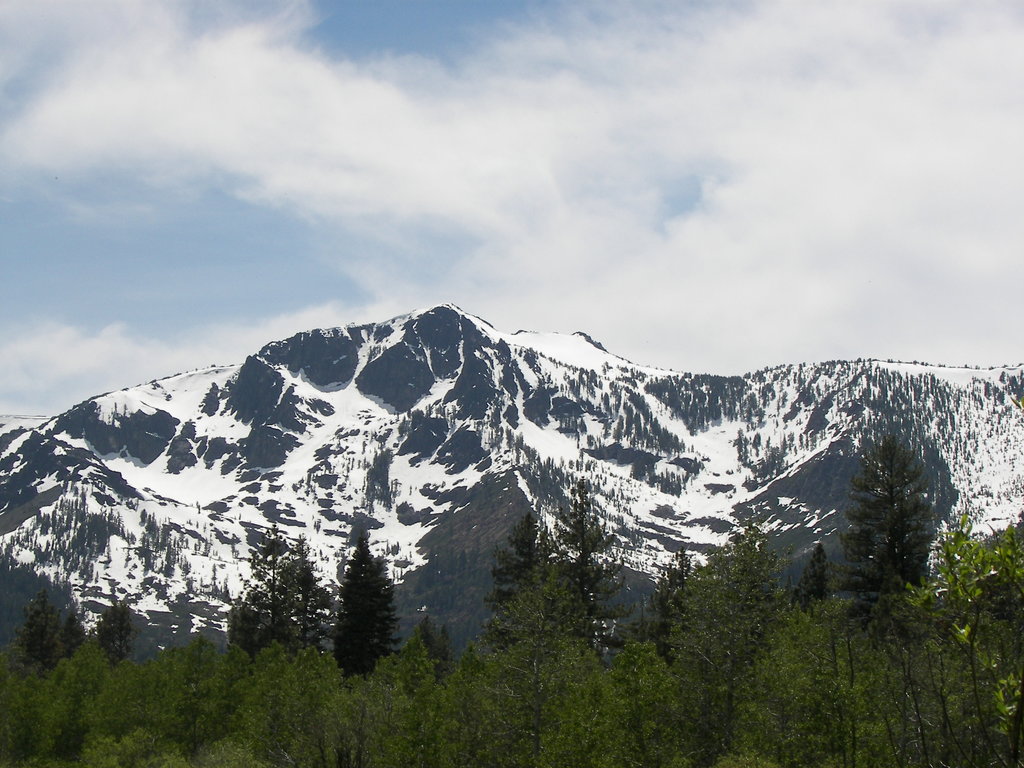 38.901389 N   -120.148333 W
Nearest Higher Neighbor
Dicks Peak - 4.5 km W
El: 3 042 m / Prom: 796 m
Summit Register
See all
GREG GANGITANO
Check out a downloadable 3D model of Mount Tallac area. A higher resolution model can be found in the PeakVisor mobile app.
Do you have photos of Mount Tallac or know something about it? Please let us know!