Located along the western edge of the Sierra Nevada Range, Giant Sequoia National Monument is a federally protected area in the US state of California. The monument encompasses 512.99 square miles (1,328.64 sq. km) of land, split into two sections. 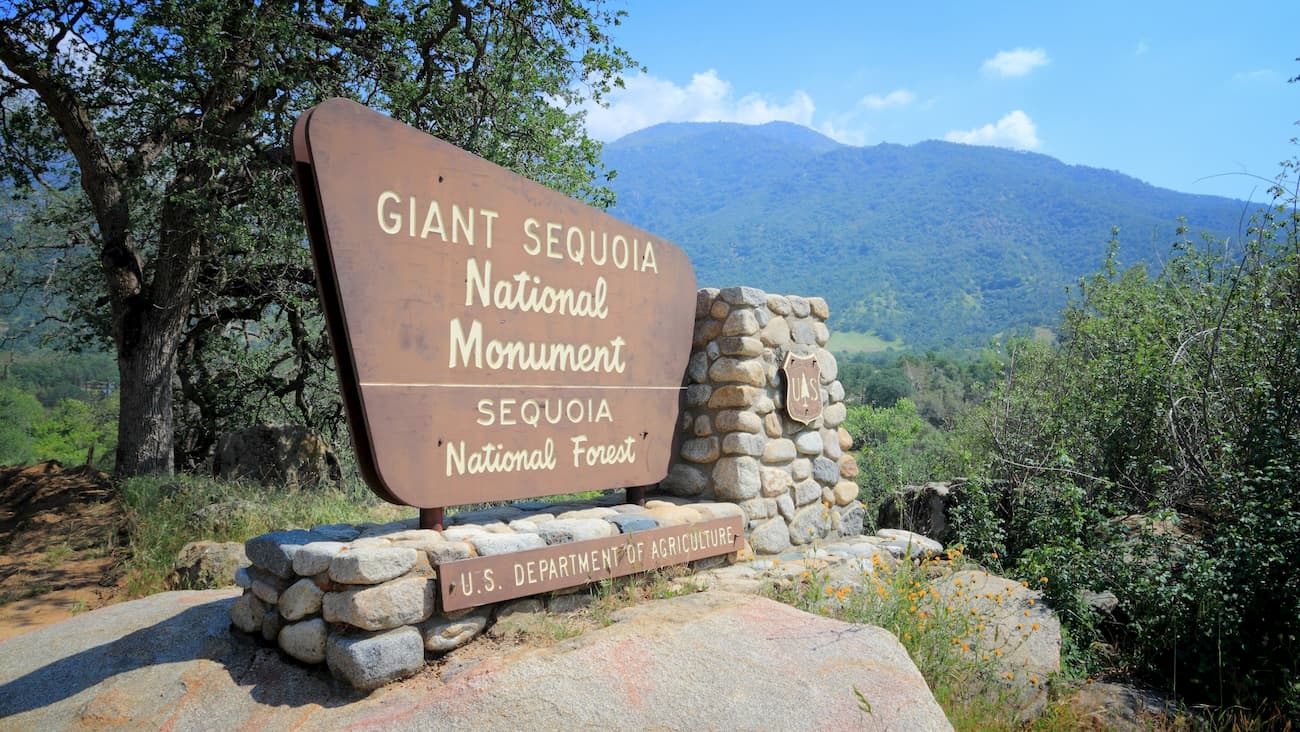 Giant Sequoia National Monument is located within parts of three California counties: Tulare, Fresno, and Kern. The monument is situated to the west of the crest of the Sierra Nevada and to the east of the California Central Valley.

The Giant Sequoia National Monument is located in the western section of the Sierra Nevada Range. Geologically, most of the region’s bedrock was created during the late Devonian and the Permian periods as a result of the subduction of the Farallon Plate under the North American Plate.

Due to this subduction, the region became highly volcanic. This volcanism later led to the creation of a massive collection of igneous plutons called the Sierra Batholith, which was later uplifted during both the Nevadan and Sevier orogenies.

About 10 million years ago, the region was uplifted once again along the Sierra fault. This uplift created many of the mountains that we see today, which were later sculpted and shaped by the ice sheets of the Pleistocene glaciation.

As the name suggests, the Giant Sequoia National Monument was created to protect and preserve the region’s abundance of giant sequoia (Sequoiadendron giganteum) trees. The monument includes 38 of the 39 giant sequoia groves within the Sequoia National Forest and about half of the remaining groves in the world.

Also known as the “giant redwood” these trees are one of the three species of “redwoods.” They are the most massive tree on earth and can grow from a single half-inch (1.27cm) seed to be over 250 feet (76.2m) tall. However, what’s truly unique about these trees is that they are often more than 20 feet (6.1m) wide and at least one has grown to have a diameter of 35 feet (10.7m)!

The giant sequoias are also known for living for thousands of years. The oldest known giant redwood is 3,266 years old and is located within Giant Sequoia National Monument.

Additionally, the giant version of these redwood trees only grows naturally in their groves on the western side of the Sierra Nevada. However, coastal redwoods (Sequoia sempervirens) are found across the Pacific Northwest in California and Oregon.

The western slopes of the Sierra Nevada have been home to humans for tens of thousands of years. The Mono and Yokuts, among countless others, consider the area in and around the modern-day Giant Sequoia National Monument to be their ancestral homelands.

Indeed, redwood trees have long been important to the native peoples of California. The Yurok of northern California used redwood trees to build their homes, canoes, and furniture, while the Chumash of the Santa Barbara area and the Santa Ynez Valley also used the trees for canoes.

Upon the arrival of Europeans and European-Americans in the late 1800s and early 1800s, the native people of the area were pushed off of their homelands. During the California Gold Rush, thousands of prospectors hoping to strike it rich flooded the region, setting up homesteads and mining towns.

One of the first European-Americans to set up a permanent home in the region was Hale Tharp, whose log home is still standing in the nearby Sequoia National Park. Thankfully, the wood of the giant sequoia trees splinters quite easily, so they weren’t logged as heavily as some other native trees species in the region.

However, parts of the northern section of the monument were logged by private companies throughout the late-1800s. Loggers even cut down one of the most famous giant sequoias of the era, the Giant Noble Tree of the Converse Basin, which was later reassembled for display at the 1893 World Columbian Exposition. Visitors can see the remnants of this tree, the Chicago Stump, at its location within the Converse Basin Grove.

The Giant Sequoia National Monument was formally designated on April 15, 2000, by President Bill Clinton through Proclamation 7295. It was designated for its stunning landscape of granite, lush alpine meadows, and its high concentration of the endemic giant sequoia, which is outlived by only one other North American tree - the bristlecone pine. This designation also officially protected the region from any future logging.

Giant Sequoia National Monument is home to a number of different trails that provide visitors with excellent opportunities to visit some of the tallest trees on earth. Here are a few popular options:

The Trail of 100 Giants is one of the most accessible walking paths in the monument. It starts near Redwood Meadow campground and follows a short path through the Long Meadow Grove that takes most people 30 minutes to complete. The path has many interpretive signs, which help visitors learn more about these fantastic trees.

The Belknap Grove Trail in the southern portion of the monument starts at the Belknap Campground and follows a 1.5 mile (2.4km) one-way trail through a stand of towering sequoias. The trail offers good views of the surrounding area and of nearby Bear Creek.

Converse Basin Grove is located within the northern section of the monument and is home to some of the area’s most iconic giant sequoias. There are multiple trails within the grove, including the paths to Boole Tree and the Chicago Stump.

Here are some of the best places to stay before or after your trip to Giant Sequoia National Monument:

Bakersfield, California is located in the California Central Valley and has a population of over 380,000 people. It is an agricultural and oil-producing hub and is responsible for the production of a significant portion of the United States’ fresh produce.

The city is just a 2-hour drive from the southern portion of the Giant Sequoia National Monument. It is located along a number of major highways, including State Route 99 and I-5. Bakersfield is also serviced by the Amtrak San Joaquin line and has an international airport with connections to San Francisco, Phoenix, Denver, and Dallas.

Fresno, California is located directly west of the northern section of the Giant Sequoia National Monument and is about an hour and a half drive from Converse Basin. Fresno is the fifth most populous city in California with over 530,000 residents.

The city is a cultural and economic hub of the region and is connected to the rest of California by the Amtrak San Joaquin line. Interestingly, Fresno is the largest US city without direct links to an Interstate highway, but it does have a large international airport. 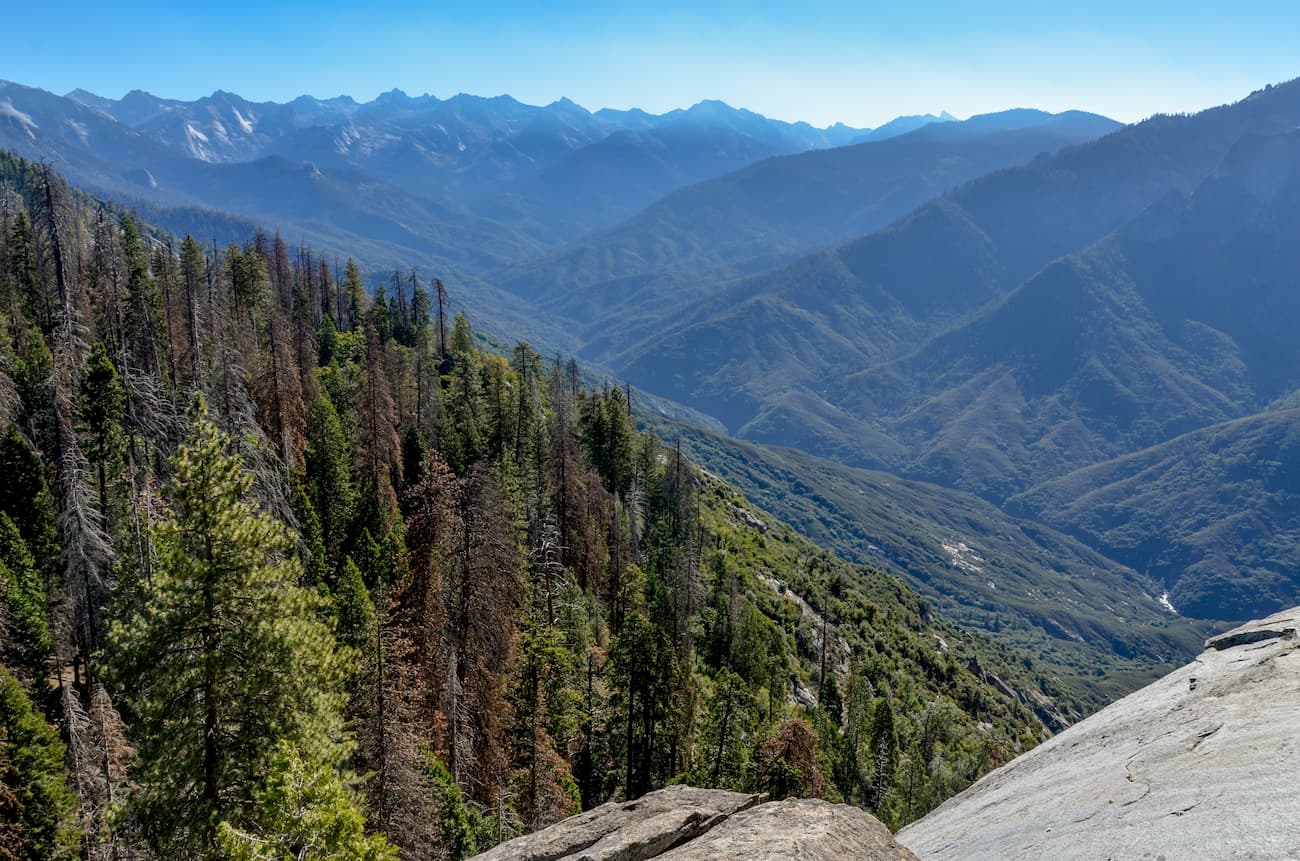 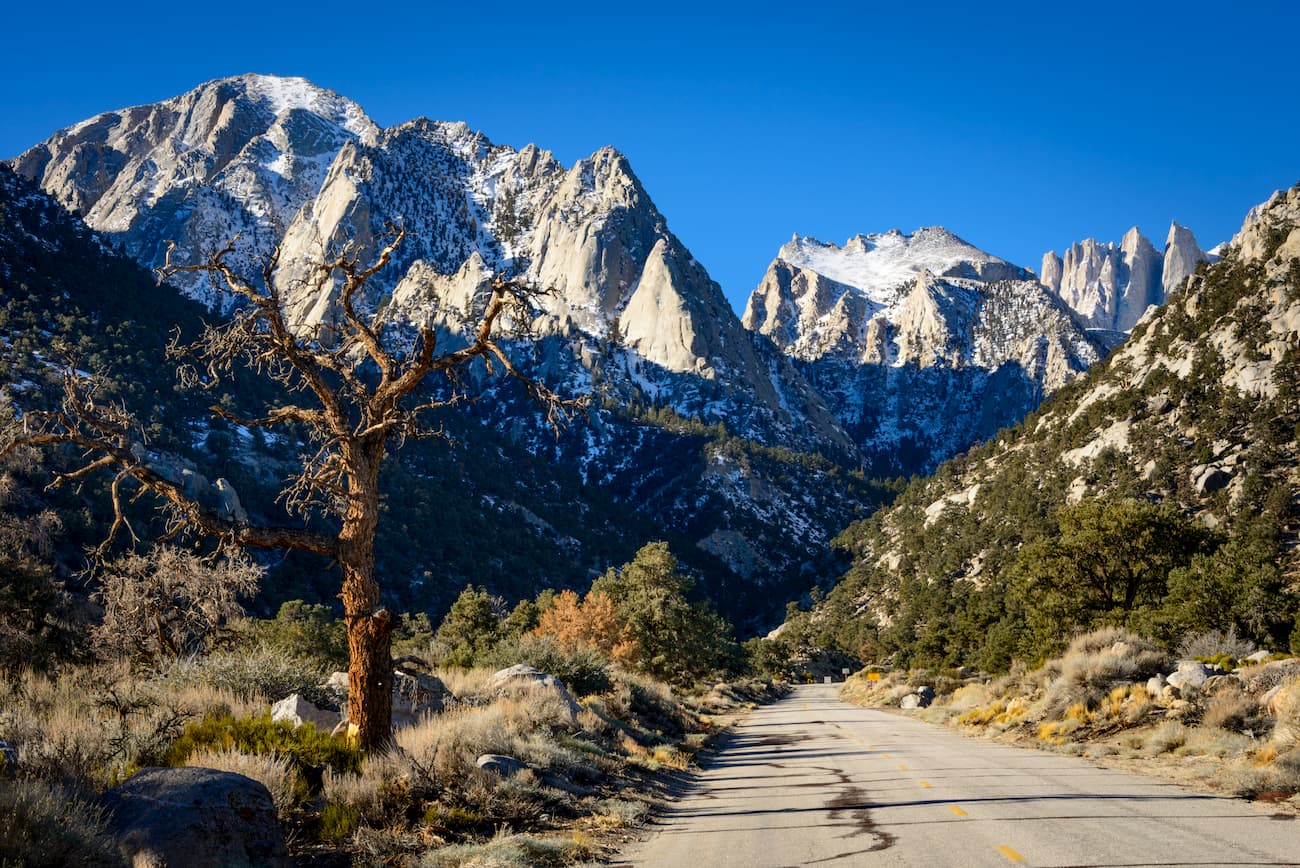 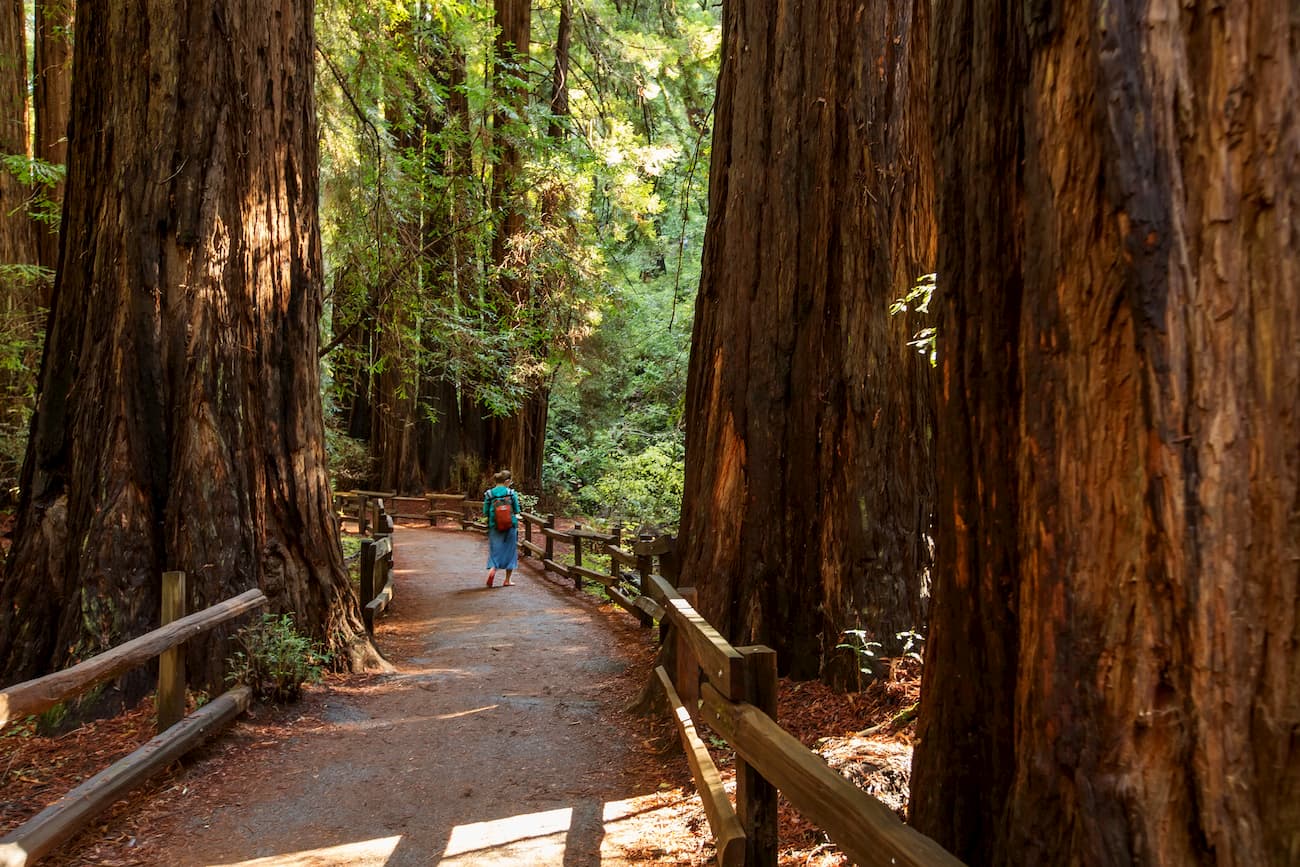 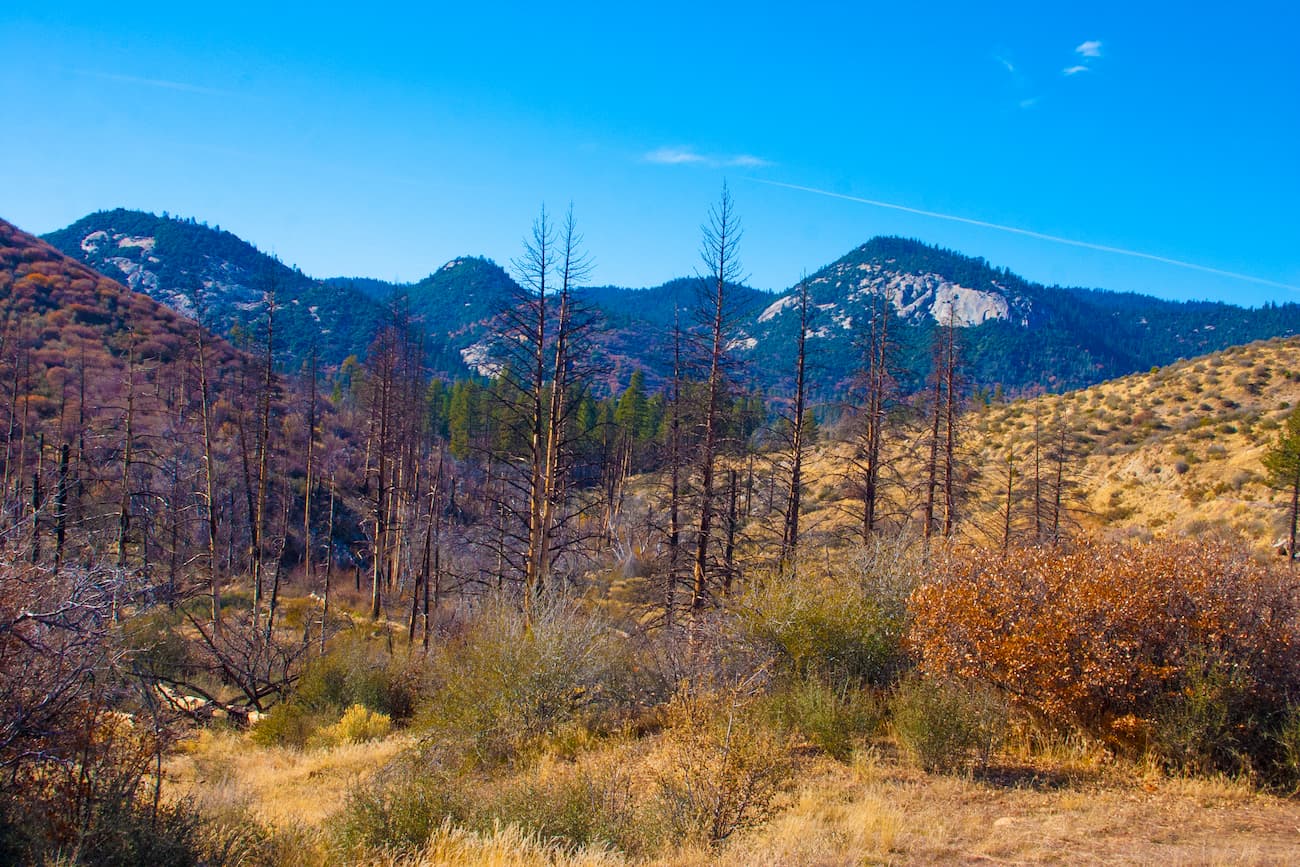 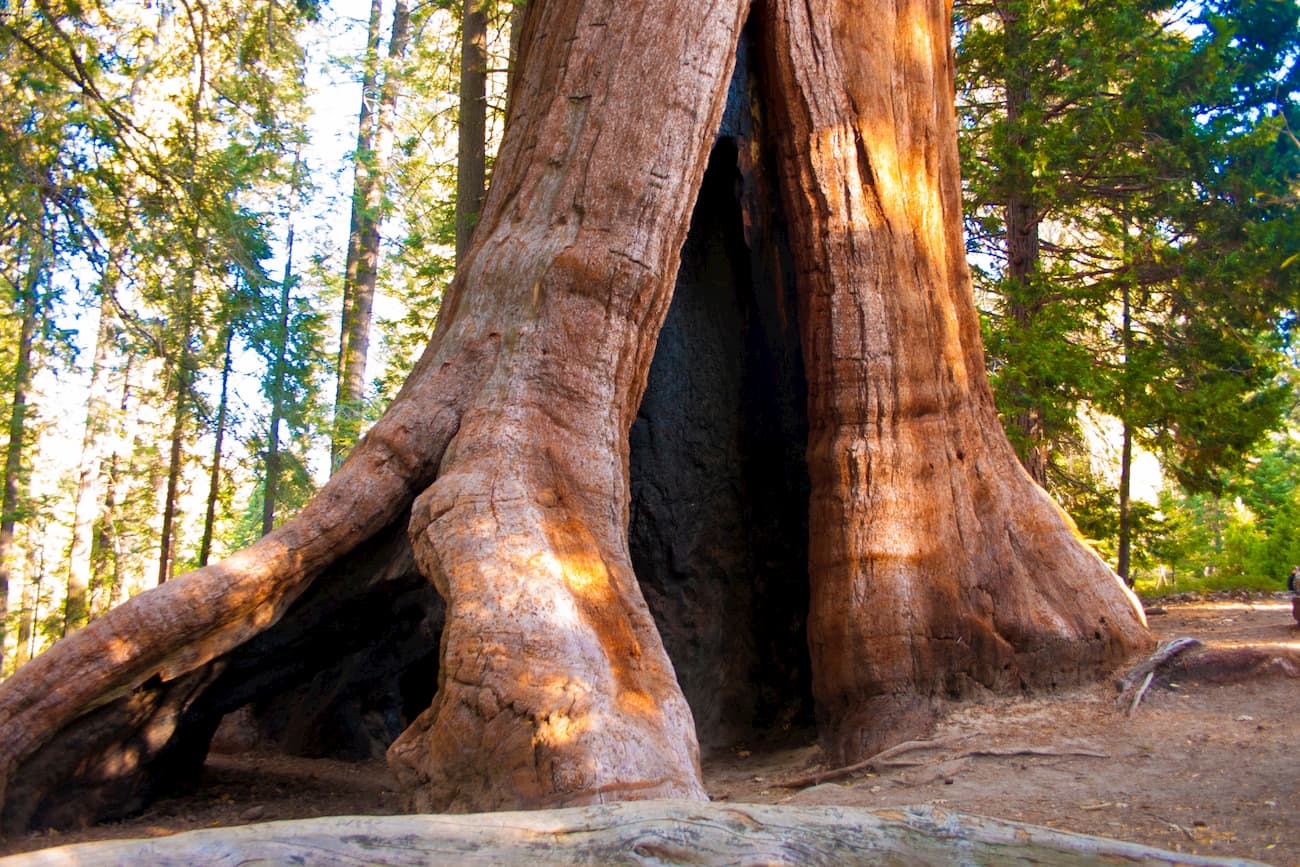 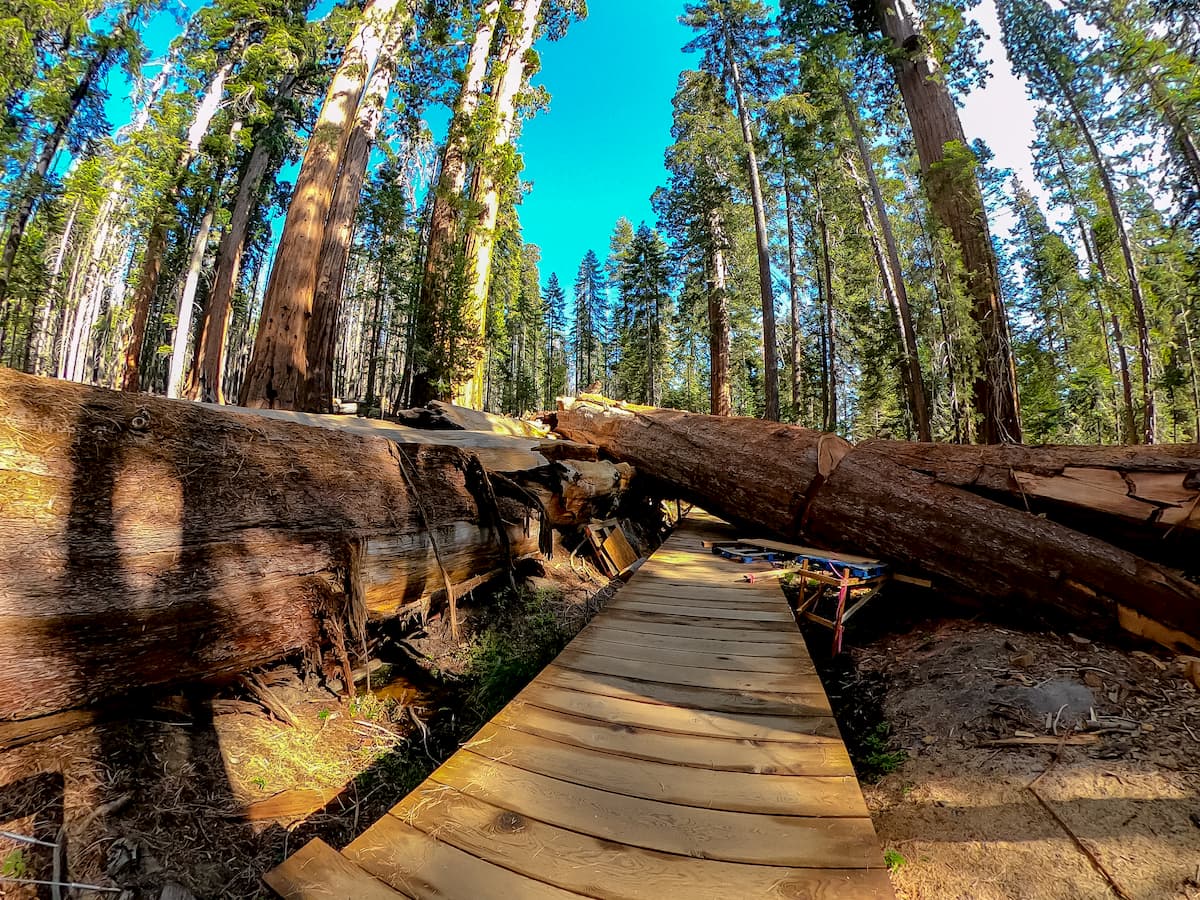 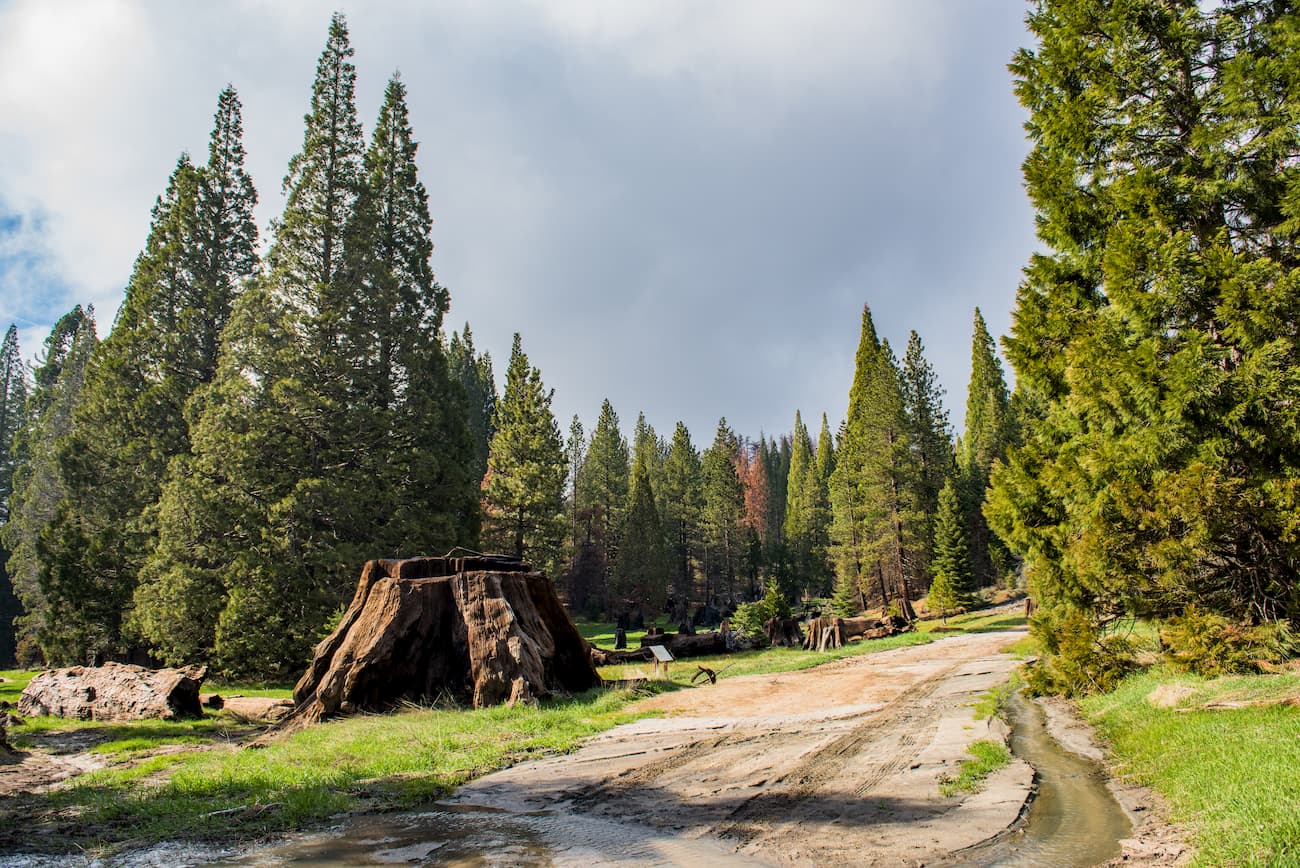