Understandably, Sequoia is best-known for its giant sequoia trees like the General Sherman Tree, the largest tree on Earth, and the Giant Forest, which contains five of the ten largest trees in the world. The park also contains 24 giant redwood groves and the oldest living tree, the President. The park’s giant sequoia forests are part of a 202,430-acre area of old-growth forests shared with Kings Canyon National Park.

The park also happens to encompass the highest point in the contiguous United States, Mount Whitney. The summit of Mount Whitney sits on the Sierra Crest and the Great Basin Divide beside several 13,000+ foot summits including Mount Russell, Mount Hale, Mount Hitchcock and Mount Young. Remarkably, Sequoia and Kings Canyon contain 24 of the 27 Sierra Nevada summits that reach over 13,799 feet. 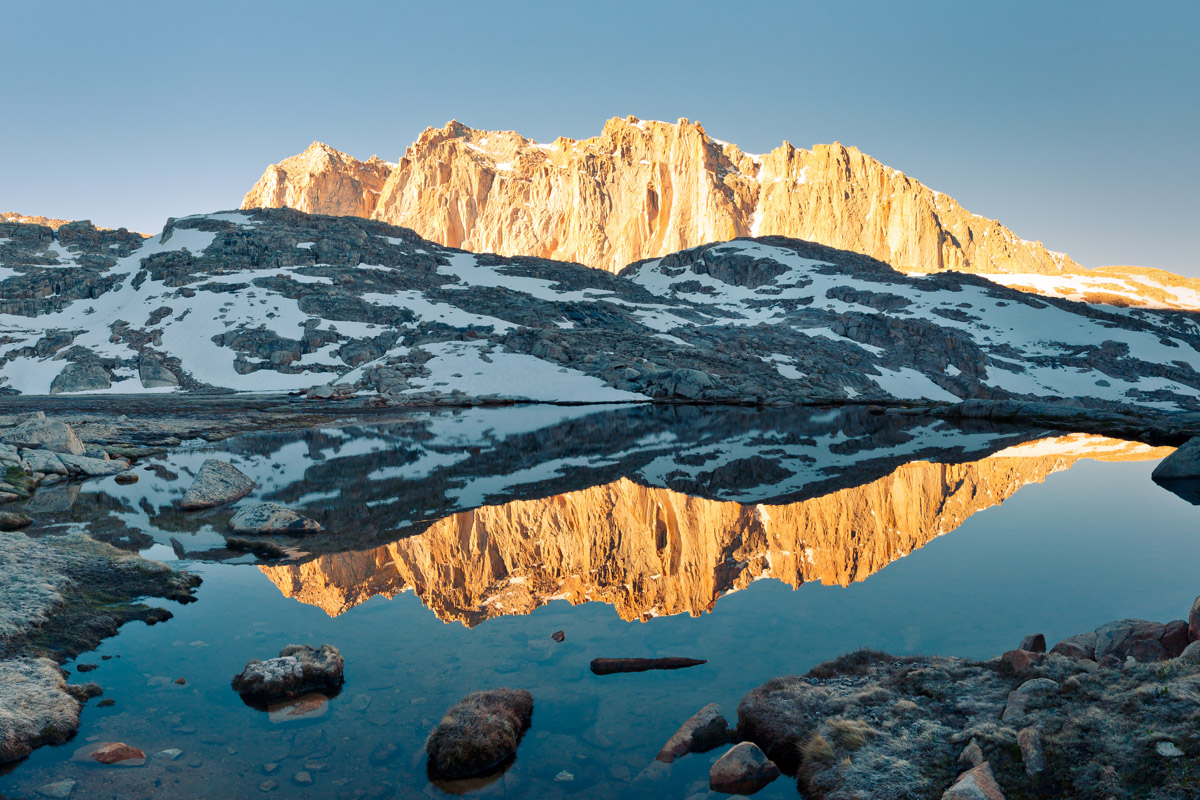 The park, which stretches from 1,300 feet in the foothills to over 14,000 feet in the High Sierra, is notoriously diverse. 1,200 species of vascular plants and 315 species of animals call Sequoia home. Animals that inhabit the park include black bear, fox, bighorn sheep, cougar, several species of owl, wolverine, and badger. At higher elevations, Ponderosa, Jeffrey, sugar, and lodgepole pine trees also thrive.

The park also contains deep canyons that lie between its towering peaks including Tokopah Valley, Deep Canyon, and Kern Canyon. Not to mention, the park protects more than 3,200 pristine alpine lakes and ponds including popular lakes like Heather Lake, Emerald Lake, and Precipice Lake.

Though the park’s most prized attraction is generally the impressive trees, several other geological wonders exist within the park boundaries. For example, Sequoia and Kings Canyon protect half of the caves that extend more than a mile long in California and the longest cave in the state. The park’s caves contain Pleistocene era fossils, rare minerals, and unique wildlife. Crystal Cave, the best-known cave in the park, is a marble cavern that contains a half-mile loop trail and can be experienced via a tour with the Sequoia Parks Conservancy.

What might surprise many visitors, is that the vast majority of Sequoia is roadless wilderness. There are no roads that cross the Sierra Nevada within the park’s boundaries, which means that more than 80% of the park is accessible only by foot or horseback.

In fact, mountaineering and backpacking are two of the most popular activities in the park. Adventurous mountaineers can follow in the footsteps of Norman Clyde, a legendary mountaineer that reached over 130 peaks in the Sierra Nevada. Popular ascents include Angel Wings, Obelisk, Grand Sentinel, and Charlotte Dome.

A trip to Sequoia wouldn’t be complete without experiencing some of the tallest trees in the world. The Big Tree Trail travels through the Giant Forest, the second largest sequoia grove in the world. It’s an easy and educational trail, making it an excellent option for novice hikers and families. The trail is a level, paved nature trail that circles .8 miles beneath the sequoias along the edge of Round Meadow. The Giant forest also contains the General Sherman Tree, the world’s biggest tree.

Looking for grand panoramic views? Alta Peak is a strenuous climb that gains over 3,000 feet in elevation. However, for hikers looking for stunning views of the park, the ascent is well worth the effort. Alta Peak, which gets its name from the Spanish word for ‘high,’ offers expansive views of 12,000+ foot peaks and alpine wilderness. Alta Peak also happens to be one of only two trailheads above 11,000 feet that is accessible from roads in the Giant Forest area.

The Tokopah Falls trail runs parallel to the Kaweah River, passing towering granite cliffs along the way. Tokopah Falls cascades down the mountainside for an impressive 1,200 feet. The trek to the falls is relatively easy, gaining just 630 feet in elevation. To the south, the illustrious Watchtower rises 1,600 feet above Tokopah Valley, making the landscape even more dramatic.

Arguably one of the most popular hikes in the park, Moro rock is a prominent granite ledge that sits at the edge of the Giant Forest. The trek to the top of Moro Rock ascends 350 steps in a quarter mile climb. Moro Rock rises for nearly 7,000 feet above sea level and offers incredible, panoramic views of the surrounding wilderness.

The Wuksachi Lodge is a modern lodge located at over 7,000 feet in the popular Giant Forest area of the park. The lodge features 102 guest rooms, a full-service restaurant, a cocktail lounge, and a gift shop. The lodge is also just minutes from popular hiking trails near Cahoon Meadow, Twin Lakes, and Lodgepole, as well as the Giant Forest Museum.

The Grant Grove Cabins are conveniently located within walking distance of the Grant Grove and world-famous General Grant Tree. These rustic cabins include timber cabins and tent-style cabins, each offering a unique lodging experience. Cabin 9, or the ‘Honeymoon Cabin,’ is particularly popular because it is the oldest structure still standing in Grant Grove Village.

The Cedar Grove Lodge is one of the most popular basecamps for visitors to Sequoia National Park. The lodge sits in Kings Canyon National Park in a glaciated canyon at 4,600 feet and offers 21 hotel rooms, a snack bar, market, and gift shop. Popular attractions in the area include North Dome, Grand Sentinel, Zumwalt Meadow, Roaring Falls, and Muir Rock. 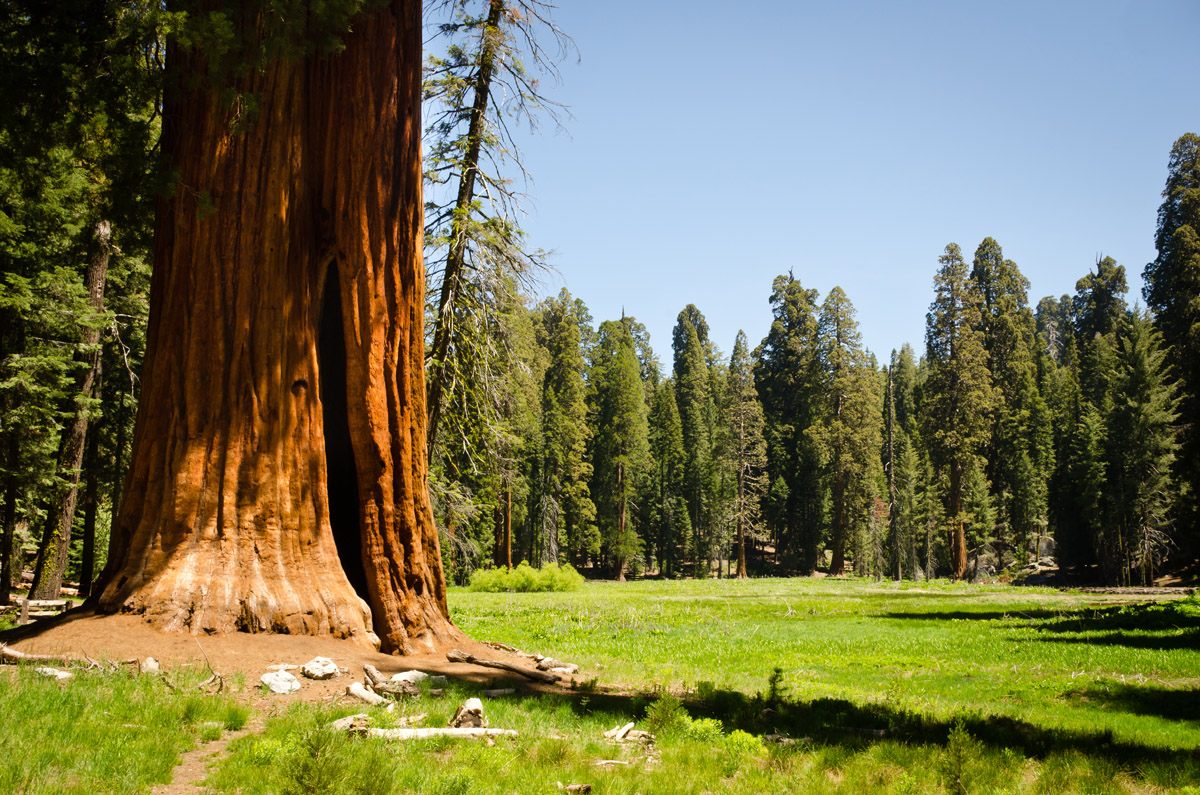 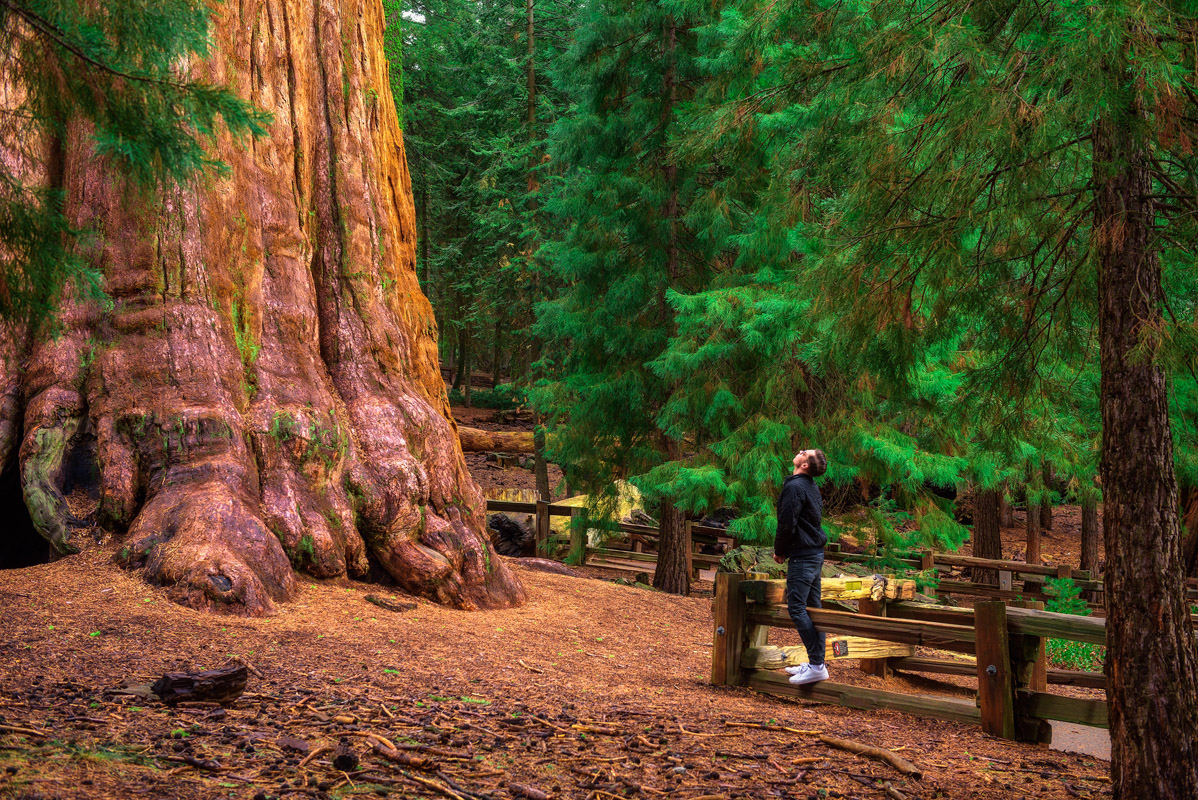 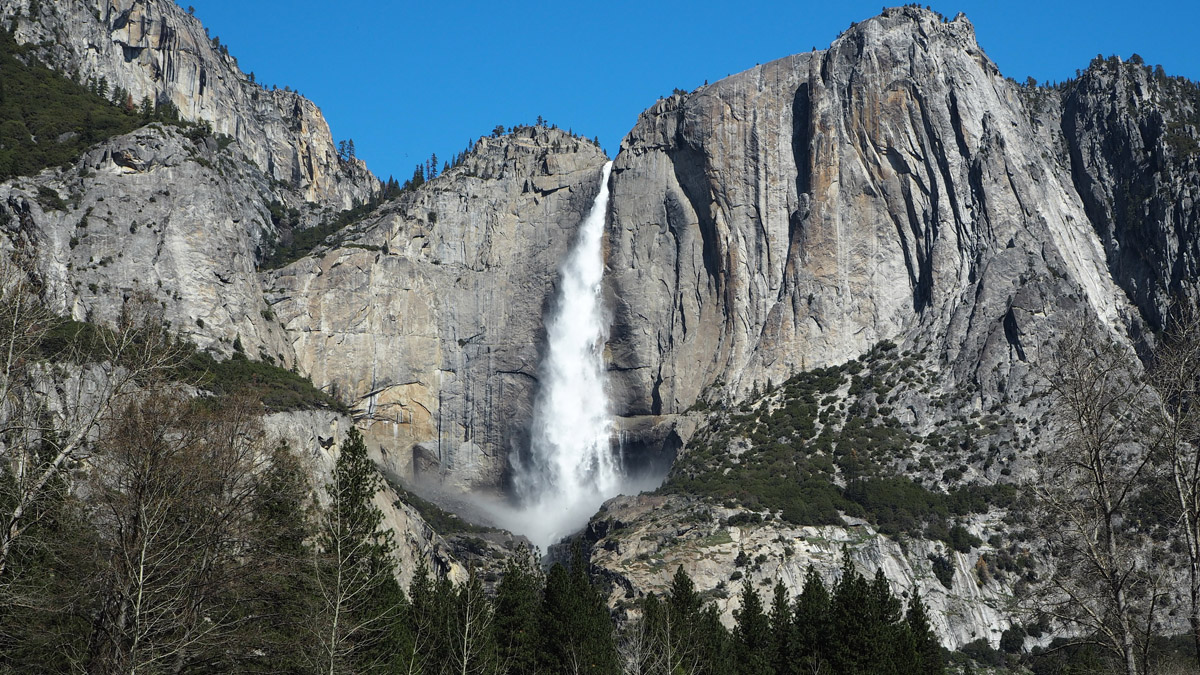 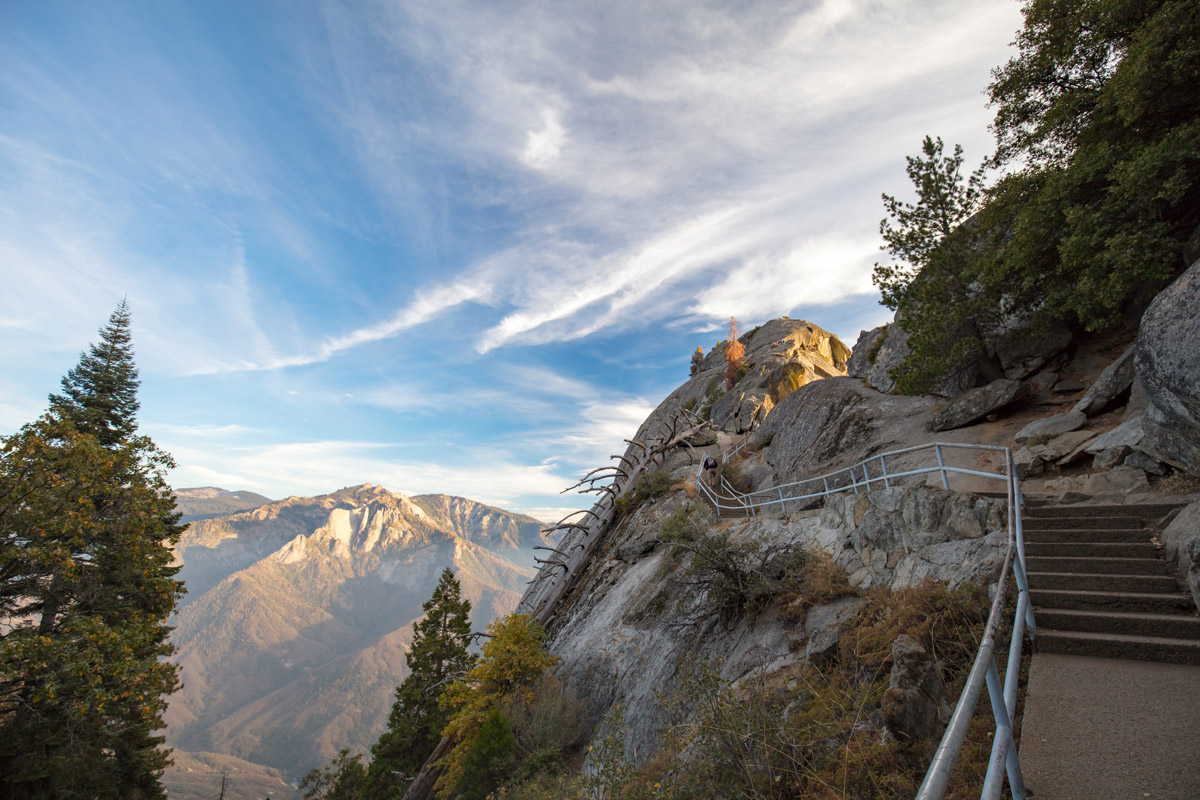 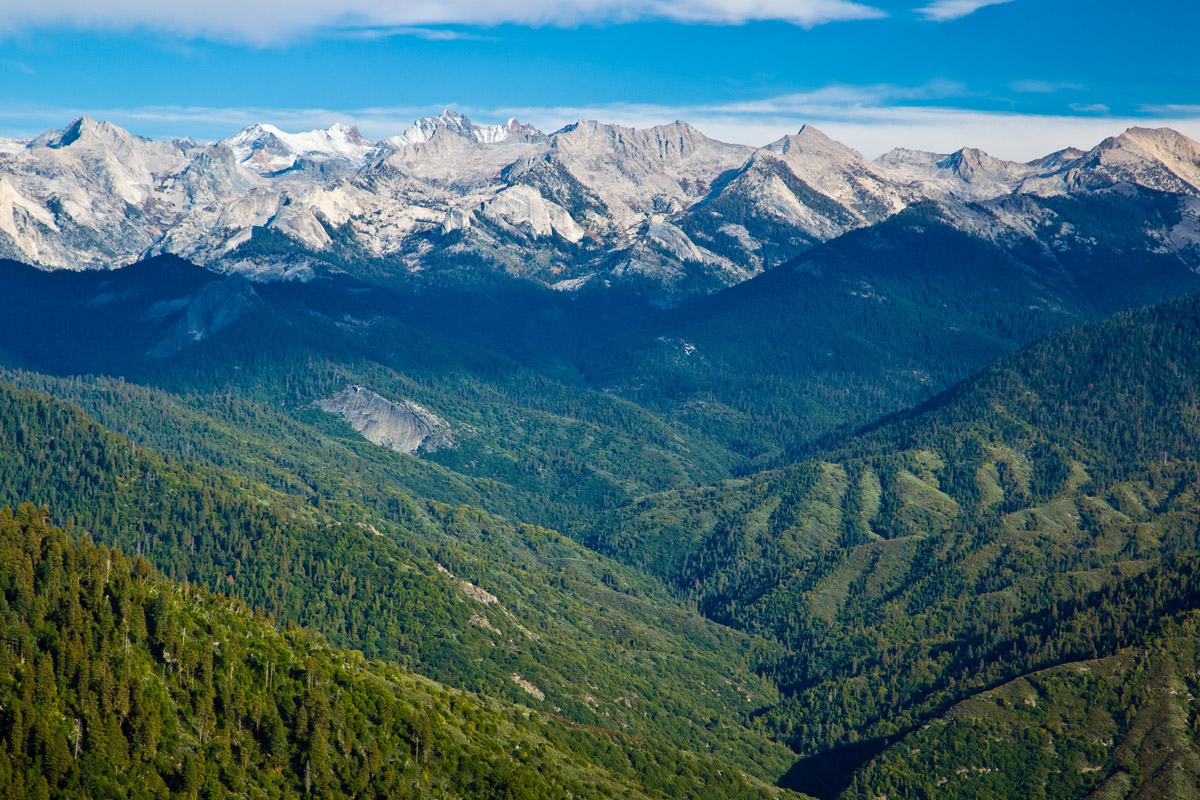 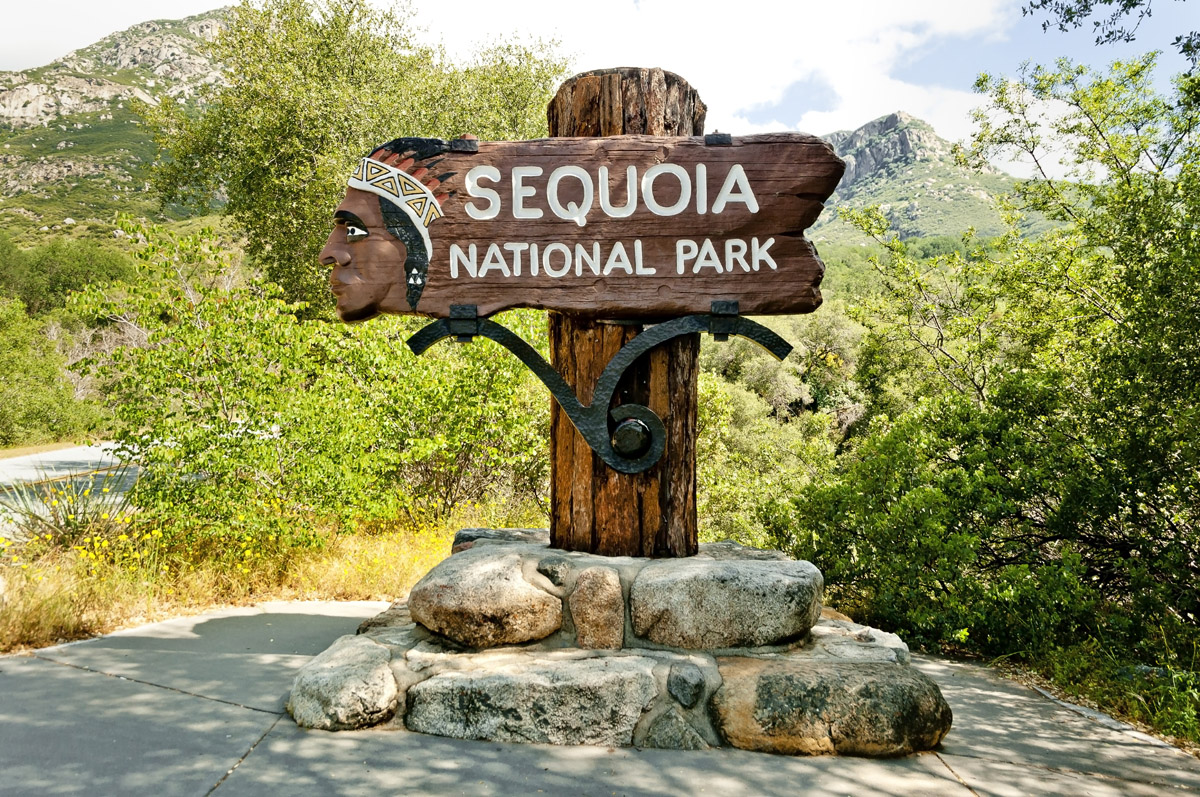