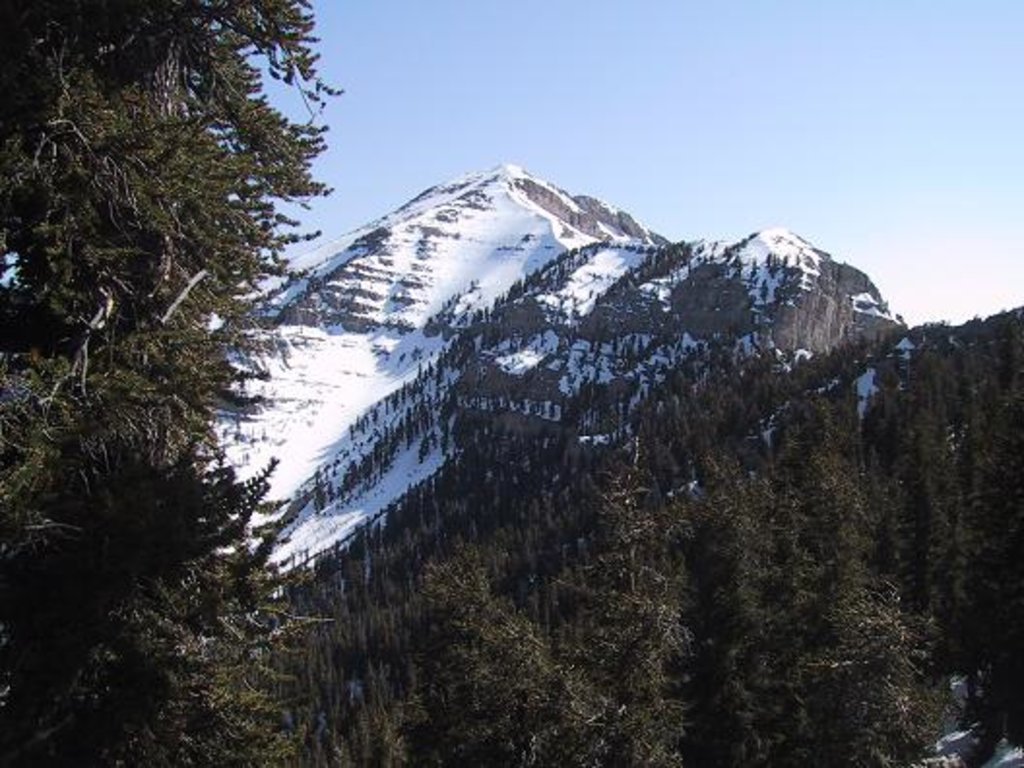 Show 3 photos
Add photo
3 632 m
Elevation
Elevation is the altitude of a place
above sea level.

2 518 m
Prominence
Peak’s prominence is the least
vertical to be covered to get from the
summit to any other higher terrain.

Not to be confused with: Town of Mount Charleston, Nevada.

Mount Charleston, officially named Charleston Peak, at 11,916 feet (3,632 m), is the highest mountain in both the Spring Mountains and Clark County, in Nevada, United States. It is the eighth-highest mountain in the state. Well separated from higher peaks by large, low basins, it is the most topographically prominent peak in Nevada, and the eighth-most-prominent peak in the contiguous United States. It is located about 35 miles (56 km) northwest of Las Vegas within the Mount Charleston Wilderness, which is within the Spring Mountains National Recreation Area of the Humboldt-Toiyabe National Forest.

Mount Charleston is a year-round getaway for Las Vegas's residents and visitors, with a number of hiking trails and a modest ski area. The mountain, which is snow-capped more than half the year, can be seen from parts of the Las Vegas Strip when looking toward the west. Mount Charleston has nearly 200 camp sites and over 150 picnic areas, some of which are RV-accessible.

The village of Mount Charleston lies at its base to the east.

The state of Nevada issues license plates with the caption "Mt. Charleston" and an image of the peak in the background. Sales of the plate supports the natural environment of the Mount Charleston area through grants administered by the Nevada Division of State Lands.
There's a trail called Charleston Peak Trail South Loop leading to the summit.