Teeming with wildlife, alpine lakes, and stunning craggy peaks, the Ruby Mountains are a veritable gem of mountain wonder in the northeastern part of the US state of Nevada. The Ruby Mountains contain 26 peaks, the highest and most prominent of which is Ruby Dome (11,375ft/3,467m). 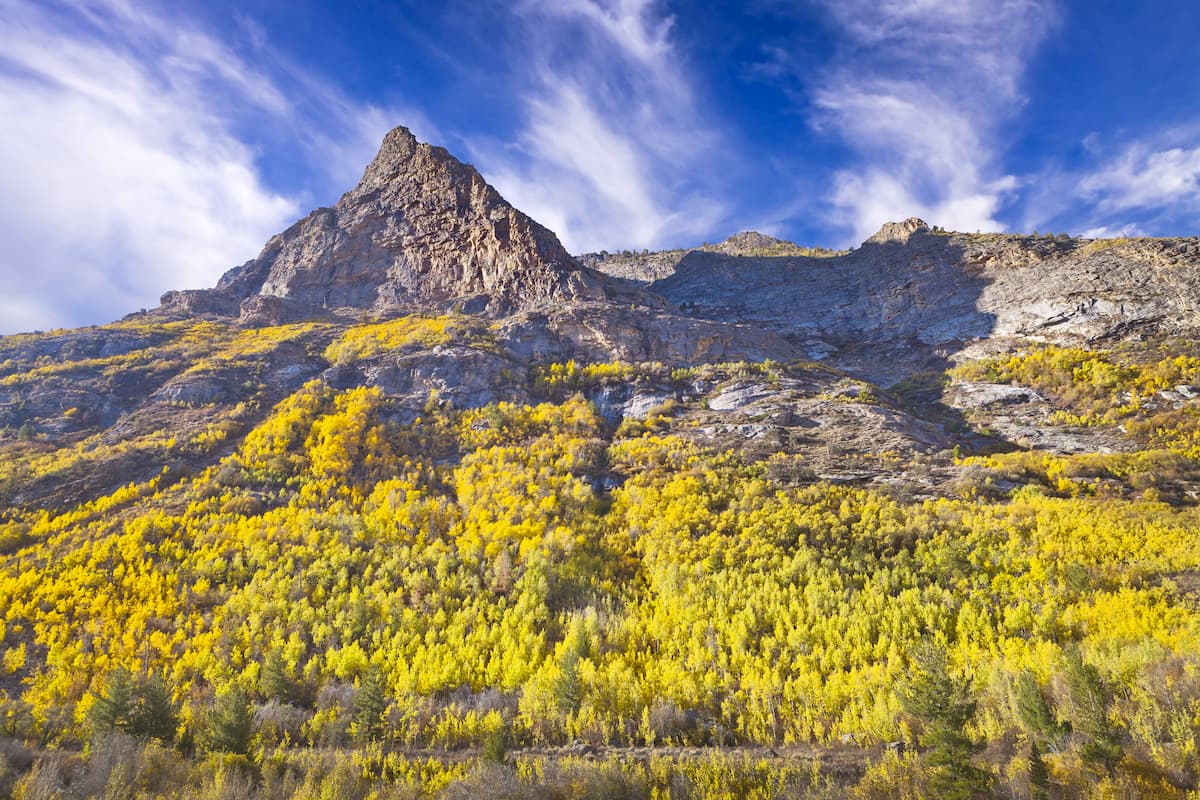 Situated in northeastern Nevada, near the state's border with Utah, the Ruby Mountains, also known as Nevada's Alps or just the “Rubies,” are a crescent-shaped range that extends for approximately 80 miles (130km). The range is mostly located in Elko County, though a small part of it extends into White Pine County to the south.

Moreover, the Ruby Mountains are bounded to the north by I-80 and to the south by Highway 50 while Highway 93 runs up its eastern edge for most of its range.

The Ruby Mountains are part of the Great Basin Ranges, which more or less cover the entirety of the state of Nevada. As a result, the range is surrounded by an alternating pattern of valleys and mountain chains on all sides.

To the west of the Ruby Mountains lie the Pinion Mountains and the Diamond Mountains. Meanwhile, the Egan Range, the Schell Creek Range, the Goshute Range, the Pequop Mountains, the Pilot Range, and the Wood Hills are located to the east.

In fact, the Ruby Mountains are what's known as a metamorphic core complex. This means that they formed during a period of continental extension, which saw uplifting and deforming of the middle and lower sections of the continental crust while the upper section was extended

Moreover, in addition to this process of compression and extension, the range experienced widespread metamorphism and magmatism, particularly during the Sevier Orogeny.

Indeed, while much of the range is Paleozoic and Neoproterozoic aged sedimentary rocks, the Late Jurassic saw a period of metamorphism and the creation of quite a few granitic intrusions. Meanwhile the Harrison Pluton which underlays much of the range formed much more recently, starting approximately 36 million years ago during the Eocene.

More recently in the geologic timeline, the Ruby Mountains experienced extensive glaciation, which left behind many moraines and other similar features. These include hanging valleys, alpine lakes, large canyons, and plenty of cirques for you to check out.

Rubies in the Ruby Mountains

Well, it turns out that there are no rubies in the Ruby Mountains. When early miners and prospectors flooded to the western US at the height of the region's gold rushes, they incorrectly thought that the red colored objects they found were rubies.

In fact, these were not rubies, but garnets, which are a type of sometimes reddish silicate mineral which is fairly commonly found in metamorphic rocks, such as those in the Ruby Mountains. On the other hand, rubies are a type of reddish or pink gemstone that's mostly made of aluminum oxide and some chromium.

Garnets, like those found in the Ruby Range are the January and Aquarius birthstones and they also happen to be the state gemstone of New York, Connecticut, Vermont, and Idaho.

Although garnet is used in a wide variety of industries, unfortunately for these early miners, garnet isn't quite as valuable as rubies, which can fetch as much as $1 million per carat (but usually quite a bit less), depending on the quality.

While Nevada is known for being quite hot and dry, the Ruby Mountains are home to a spectacular array of flora and fauna, particularly at the mid- and high-elevations. This is partially because the eastern part of the Great Basin tends to get a bit more moisture than the western edge, which is directly in the rain shadow of California's Sierra Nevada.

Wildlife are particularly abundant in the Ruby Mountains, with large herds of mule deer calling the range home. Other commonly spotted animals include mountain goats and bighorn sheep, which can often be seen in Lamoille Canyon. Additionally, mountain lions, pikas, marmots, and beavers can be found throughout the range.

While the Ruby Mountains are part of the historical range of black bears, they were extirpated from the area in the early 1900s. That being said, there have been a number of black bear sightings in Elko County in years past, so it is possible that they may be returning to the area.

Another interesting animal to keep your eye out for is the Himalayan snowcock, which, as the name suggests is native to the Himalaya. However, a few hunters introduced it to the Ruby Mountains in the 1960s as a game bird, so you may find it in rocky areas within the range.

Finally, the lakes and streams of the Ruby Mountains are home to a considerable stock of fish, perhaps most notably the Lahontan cutthroat trout, which is a threatened species and the state fish of Nevada.

Humans have long inhabited the Great Basin and its many mountain ranges, though the Newe people and their descendents, which include the Te-Moak Tribe of Western Shoshone, were among the most prominent around the Ruby Mountains.

Indeed, ''Newe'' means "the people," and the name refers to the peoples who inhabited the traditional territory of the Western Shoshone in and around southern Idaho, central Nevada, northwestern Utah, and southern California near Death Valley.

Some of the earliest peoples of European descent to venture into the area around the Ruby Range were fur trappers who came to the region in the 1820s. Following these trappers were miners and prospectors who came in search for gold in the early 1800s. Many of these prospectors were actually on their way to California along the California Trail, but they decided to take a shortcut through the Great Salt Lake Desert and to the south of the Ruby Mountains to speed up their travel time.

During this time, the Ruby Valley to the east of the range became a particularly important stop along the California Trail and the Pony Express and a few services sprang up in response.

This increased interest in the Ruby Valley and the Ruby Mountains became problematic as these new settlers started to claim some of the most fertile land in the region. This led to a series of legal battles between the US Government and the Western Shoshone as the government frequently reneged on its treaties.

One of these treaties, the 1863 Treaty of Ruby Valley was designed to put an end to the fighting that routinely broke out in the region by ensuring that the Western Shoshone would get to keep control of their ancestral lands while also allowing for settlers to live and work on their land.

However, over one century later, the US Supreme Court decided in US v Dann that the Western Shoshone did not own their land and that the US Government simply had to pay them a monetary settlement. These land claims issues are still contested in courts, with lawsuits being brought up as recently as the early 2000s.

The mountains themselves were first brought under formal federal land management in 1907 with the creation of the Ruby Mountains National Forest. The forest was added to the Humboldt National Forest just one year later and the entire forest is now managed as part of the Humboldt-Toiyabe National Forest since their administrative merger in 1995.

Additionally, the Ruby Mountains Wilderness, which comprises much of the central part of the range, was officially designated in 1989. The wilderness contains some of the most stunning sections of the range, including Lamoille Canyon, which is often referred to as the Yosemite of Nevada.

These days, the Ruby Mountains remain one of the most popular outdoor recreation destinations in eastern Nevada. The range is particularly well known for its wintertime heli skiing opportunity, though camping and hiking, especially in Lamoille Canyon, in the Rubies is especially fantastic.

The Ruby Mountains are an outdoor enthusiast's paradise, due to their sheer volume of recreation opportunities. Here are some of the most popular hiking areas to check out during your trip to the region.

The Ruby Crest National Recreation Trail is approximately 40 miles (64.4km) long that starts at Harrison Pass in the south and travels northward to the Road's End Trailhead near Lamoille Canyon.

After leaving Harrison Pass, the climbs toward Green Mountain and Tipton Peak, stops by the scenic overland Lake, and then climbs up toward the crest of the Ruby Mountains. It skirts around or climbs a number of major peaks, including King Peak and Wines Peak while also offering great views of Ruby Dome.

The trail makes for an excellent backpacking trip for intrepid adventurers, though the section closest to Lamoille Canyon is also a popular day hike.

Lamoille Canyon is one of the most scenic places in the Ruby Mountains. It can be accessed from the nearby Town of Elko by just a short 30 minute drive, which leads you to some of the best trailheads in the range.

Some of the most popular trails in the canyon lead to mountain lakes, including Liberty Lake, Island Lake, and Lamoille Lake. However, keep in mind that this part of the range sees the most visitation, so if you're looking to get away from the crowds, you might want to consider heading to the southern part of the Rubies.

Despite being located in a fairly remote part of Nevada, the Ruby Mountains are relatively easy to get to by road from some of the region's largest cities. Here are some of the best places to stay during your visit.

The city of Elko is located just east of the Ruby Mountains. It is home to about 19,000 residents, which makes it the largest city for over 100 miles (160km) in any direction.

Elko is actually situated along the historic route of the California Trail and it was later the terminus for the first set of tracks built on the Central Pacific Railroad. These days, much of Elko's economy relies on gold mining, ranching, and tourism.

The city has a small regional airport with connections to Salt Lake City. It is also just 3 hours from Salt Lake City and 4 hours from Reno by road and Elko actually happens to be the largest on I-80 between these 2 cities.

Salt Lake City is approximately 3 hours to the east of the Ruby Mountains by road, which makes it the largest city in the region. The city has a population of about 200,000 residents and it is the cultural and commercial capital of Utah.

Transport to Salt Lake City is fairly straightforward as it has a major international airport and good access to both I-15 and I-80. There are also inter-city bus and train services between Salt Lake City and Elko.

Reno is located about 4 hours to the west of the Rubies. It is home to about 225,000 people, which makes it the second largest city in Nevada and a major hub for the northern part of the state.

The city has a bustling tech industry and it is a great outdoor recreation destination in its own right, thanks to its proximity to Lake Tahoe and other major forests around the Lake Tahoe Basin Management Unit. Reno is located along I-80, which provides it with excellent road links. Additionally, the city has a busy international airport, which is the second busiest in the state. 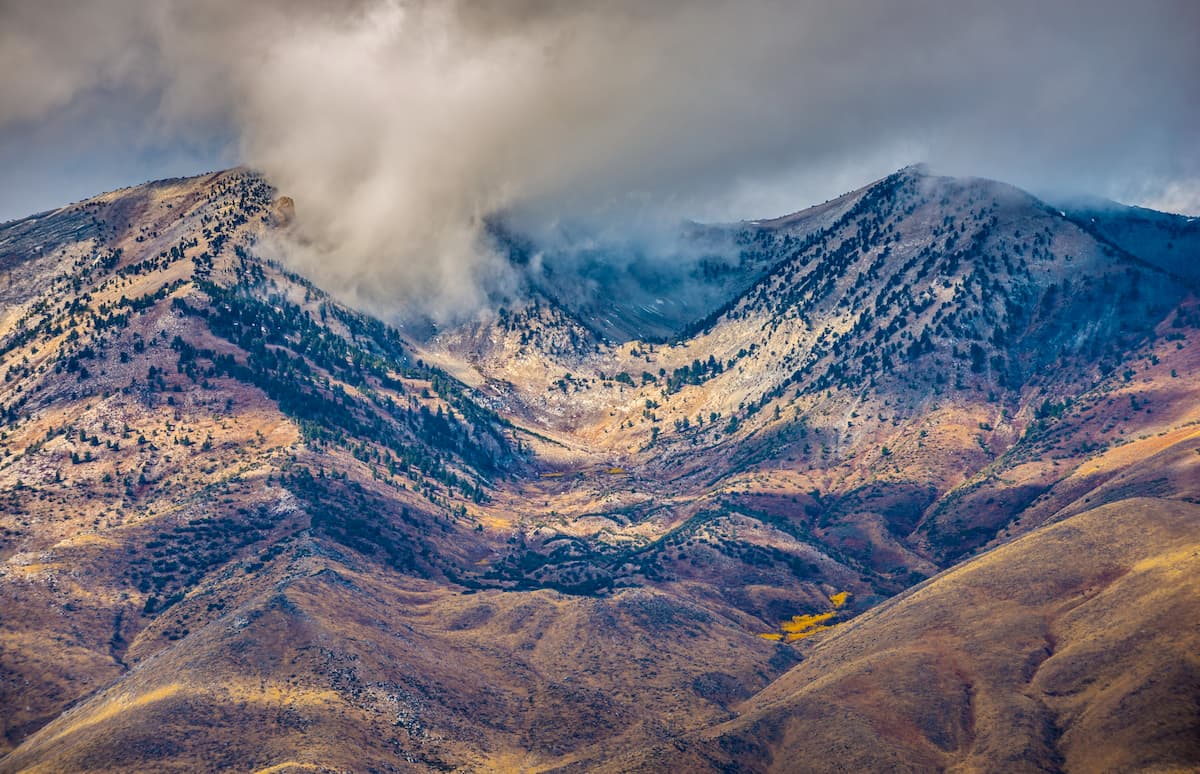 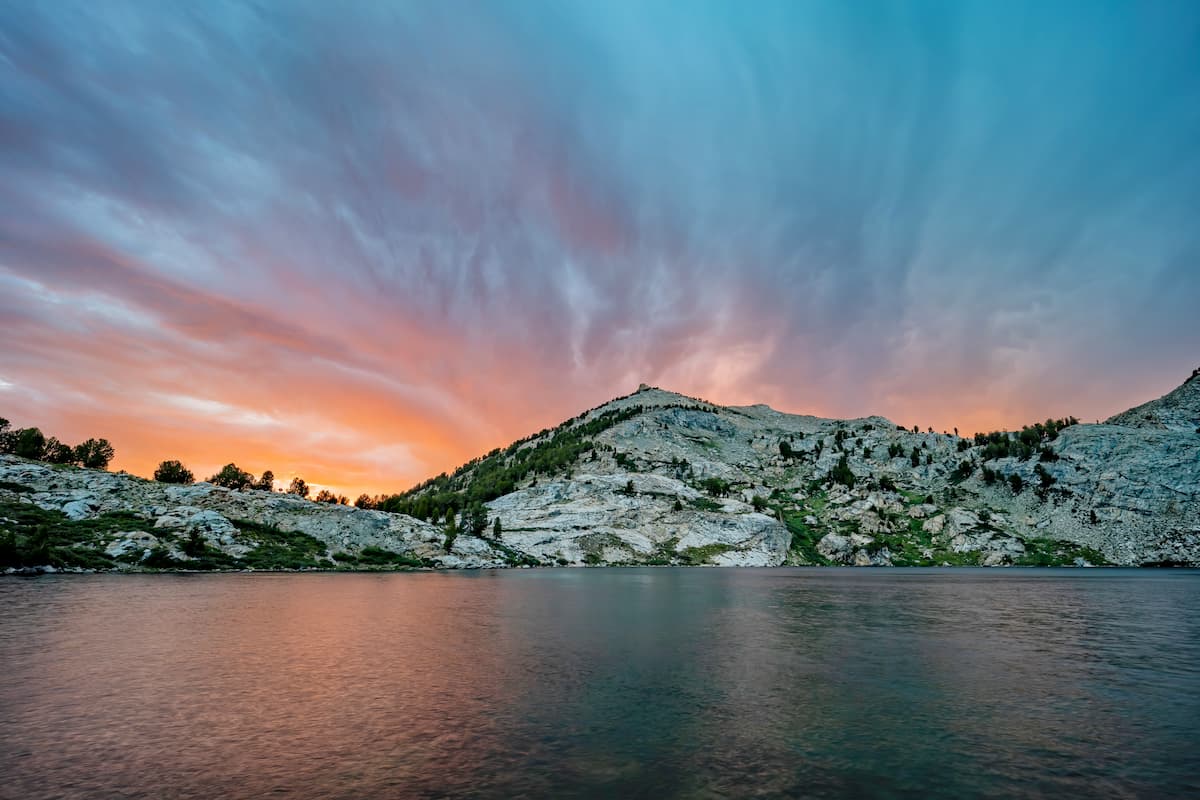 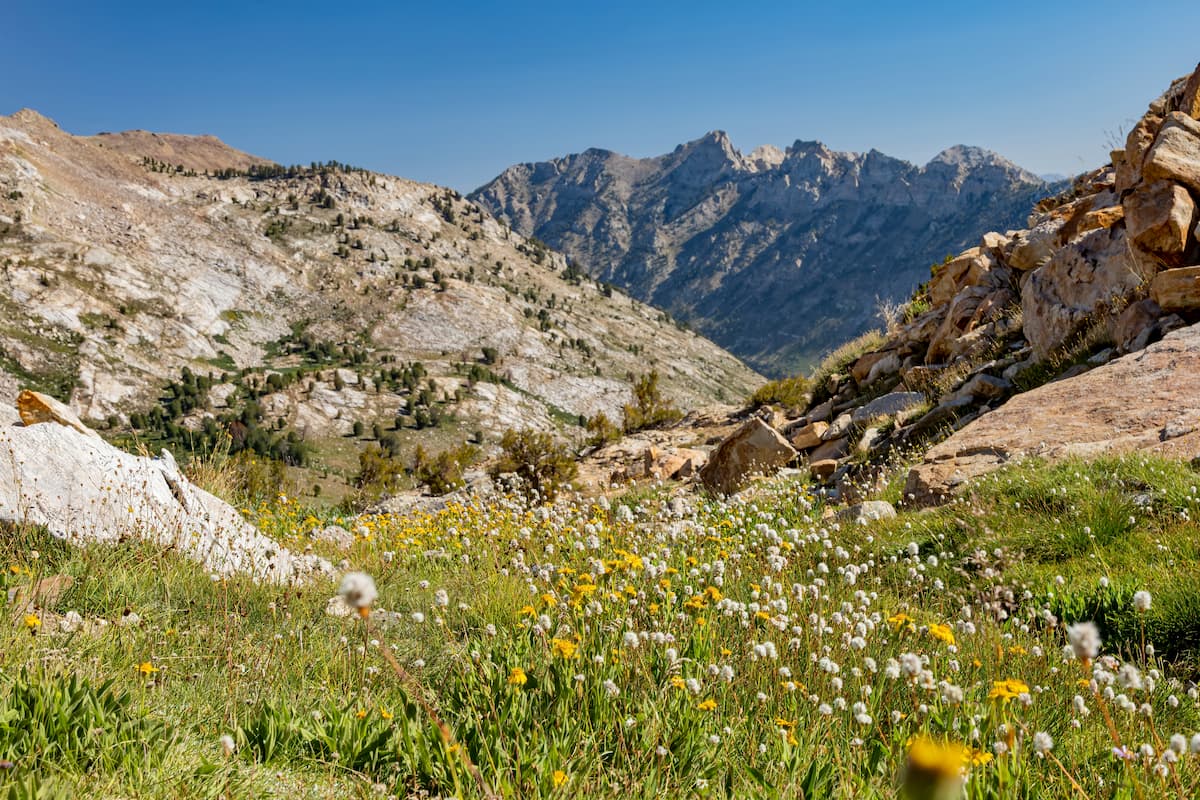 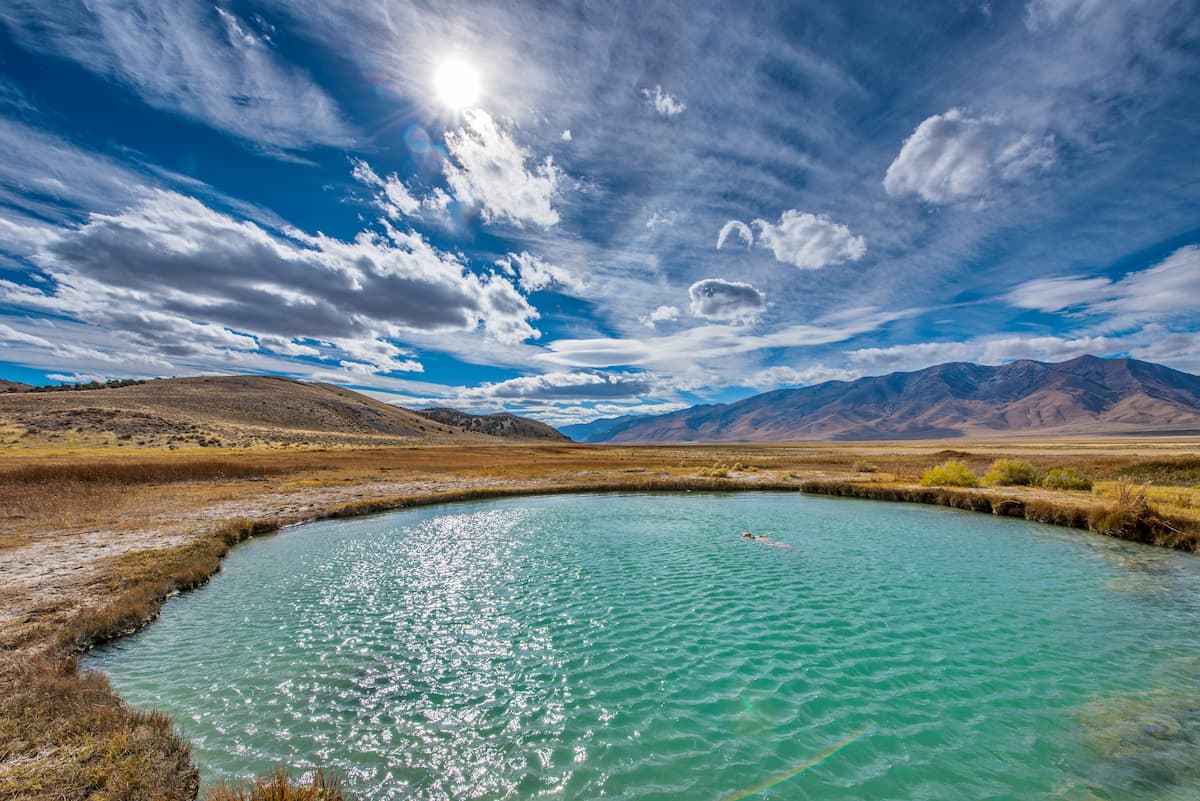 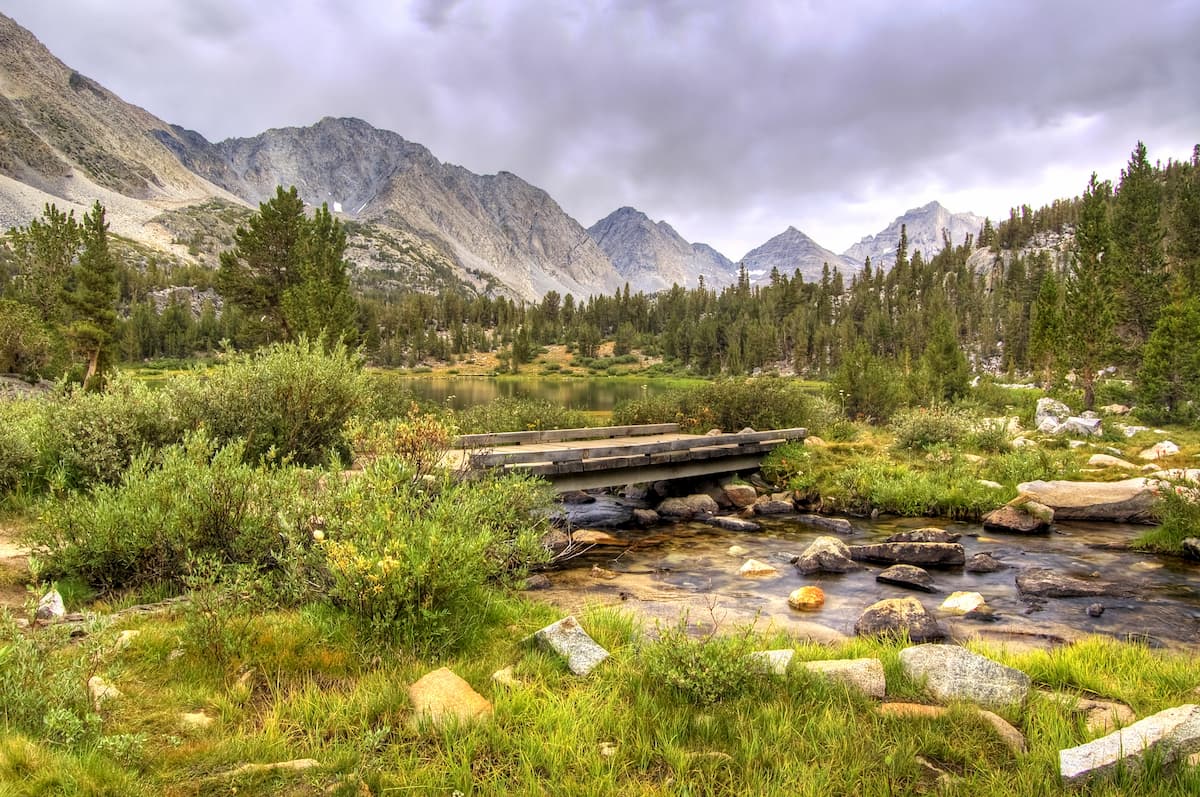