Vermont is generally divided into six physiographic regions – The Green Mountains, The Vermont Lowlands, the Taconic Mountains, the Valley of Vermont, the Vermont Piedmont, and the Northeast Highlands.

Unsurprisingly, considering the state’s nickname and origin, Vermont’s best-known mountain range is the Green Mountains, which run north-south along the western edge of the state. This set of summits, which extend for nearly 250 miles, are part of the same range that form The Berkshires in nearby Massachusetts and Connecticut. The Green Mountains contain Vermont’s tallest and most familiar peaks, including Mount Mansfield, the highest and most prominent in the state, Killington Peak, Camel’s Hump, Mount Ellen, Mount Abraham, Pico Peak, Stratton Mountain, and Jay Peak.

The Green Mountains are a particularly popular tourist destination due to their accessibility and abundance of recreation opportunities. Some summits, like Mansfield, Killington, Pico, and Ellen, contain ski resorts, while others offer scenic and well-maintained hiking trails. West of the Green Mountains, the Hudson River, Lake George, and Lake Champlain, the sixth-largest body of water in the United States, act as a physical boundary between Vermont and New York.

Though it’s not uncommon to hear all of Vermont’s foothills and summits referred to as the ‘Green Mountains,’ southwest Vermont houses the notorious Taconics and northwestern Vermont contains the Northeastern Highlands, neither of which are geographically part of the Green Mountains.

The Taconic Mountains, a subrange of the Appalachian Mountains, contain several extraordinary 3,000-foot summits including Mount Equinox, the highest summit in the range, Dorset Mountain, Bear Mountain, and Mother Myrick Mountain. Mount Anthony, which reaches just 2,323 feet in elevation, is one of the most recognizable summits in the Taconic Mountains due to its proximity to Southern Vermont College and prominence over the surrounding terrain. This region is densely forested. Northern hardwood forests cover mid-elevations, while Spruce-fir forests reach the highest elevations in the Taconic Mountains.

The Northeast Highlands, a rugged region situated in the northeast corner of Vermont, is said to resemble the White Mountains in New Hampshire. This region is characterized by its raw natural beauty and stunning granite monoliths that reach anywhere between 2,700 and 3,300 feet above sea level. Granitic peaks like Gore Mountain, Burke Mountain, and Mount Monadnock were formed by large glaciers that once covered the state thousands of years ago. The Northeast Highlands is also admirably referred to as the Northeast Kingdom, or NAK. “The Kingdom,” which houses gems like Lake Willough, Caspian Lake, Maidstone Lake, Mount Pisgah, and Mount Hor, is a mecca for outdoor recreation.

The Valley of Vermont, a narrow valley situated between the Taconic Mountains and the Green Mountains, is often considered an extension of the Vermont Lowlands. The valley, which covers about 85 miles, is the smallest physiographic region in the state. The Valley of Vermont is defined by its limestone and marble bedrock, abundant wetlands, and low hills. The Valley wetlands also support critical wildlife habitats.

For some of the best views in Vermont, hikers often make the trip to Mount Mansfield, the state’s tallest summit. Not only does Mount Mansfield offer sweeping views of the surrounding landscape, it also reaches high above the tree line, making it one of only two places in Vermont where arctic-alpine tundra exists.

There are several different trails to the summit, but arguably the most rewarding is the Long Trail. The Long Trail crosses Route 108 at the foot of Smugglers’ Notch and climbs for over two miles to the ‘Chin’ of the mountain. Avid hikers looking for more of a challenge can also take the Hell Brook Trail, the shortest, but most challenging path to the summit.

Built between 1910 and 1930, the Long Trail is the oldest long-distance hiking trail in the United States. This 272-mile footpath travels from the Canadian border to the Massachusetts state line, connecting over 40 of Vermont’s highest peaks and passing pristine ponds, alpine sedge, hardwood forests, and swift streams along the way. The trail, which follows the main ridge of the Green Mountains, is known as Vermont’s “footpath in the wilderness.” Don’t worry, if you don’t have weeks to spend in the woods, the Long Trail can also be broken up into smaller, equally as scenic, day hikes or overnight adventures.

Popular sections include the trek from Lincoln to Middlebury Gap and the trail from Lincoln Gap to the summit of Mount Abraham. The unobstructed view from Mount Abraham’s summit extends as far as New Hampshire’s Mount Washington, Lake Champlain, and the stunning Adirondacks in New York.

Waubanaukee Indians first named the Camel’s Hump "Tah-wak-be-dee-ee-wadso" or Saddle Mountain. In the 1600's a group of explorers referred to it as "lion couchant.” But in 1798, a historical map by Ira Allen renamed the summit, “Camel’s Rump,” a slight deviation from what it’s known as today.

Nevertheless, at over 4,000 feet, Camel’s Hump is far more than a bump, it’s Vermont’s third highest peak. Visitors looking for a quick and rewarding hike can take the Monroe, Burrows, or Long Trail to the top of this scenic summit. Regardless of how you get there, you can expect the views from the top to be well worth the climb.

Vermont in the Fall on Camel's Hump

Stratton Mountain, the highest peak in southern Vermont, features 100 trails, a 2,000-foot vertical drop, over 670 acres of skiable terrain, 160+ acres of gladed terrain, and five terrain parks. 11 lifts transport more than 30,000 avid outdoor enthusiasts up the mountain each hour. Not interested in hitting the slopes? Stratton is also a popular destination for tubing, ice skating, sleigh rides, and dogsledding. In the summer, visitors can flock to the Stratton Mountain Bike Park, play a round of golf on the mountain’s 27-hole course that hosted six LPGA tournaments, hike to a historic fire tower, or take a scenic lift. Long Trail House offers easy access to hot tubs and comfortable accommodations, but visitors can also make the trek from nearby Manchester, Vermont, which offers plenty of amenities and lodgings.

A plank board trail around Stratton Pond in the Green Mountains in Vermont.

Home to Vermont’s highest chairlift, Sugarbrush has been an icon of the Mad River valley since the 60s. One of the largest ski resorts in New England, Sugarbush encompasses more than 4,000 acres, 484 trail acres, 53 miles of trail, 111 ski trails, and has a summit elevation of over 4,000 feet. At 2,600 feet, Sugarbush also has the second-highest vertical drop in the state. At the foot of Lincoln Peak visitors will find a full-service resort village equipped with plenty of dining options and accommodations.

Known as “Vermont in its purest form,” Stowe is a charming ski town nestled at the foot of Vermont’s tallest peak, Mount Mansfield. Stowe Mountain Resort is an internationally acclaimed, four-season resort that features a 2,360-foot vertical drop, 485 acres of skiable terrain, and 116 trails varying in difficulty. An inter-mountain gondola is available to transport visitors between Mount Mansfield and Spruce Peak and a 10-person standing gondola spans scenic Route 108.

The resort receives 314 inches of snowfall each season, houses three terrain parks, and recently opened an on-mountain Kids Adventure Zone with gentle slopes and freestyle terrain. Stowe is also part of Vail’s Epic Pass network which offers unlimited and unrestricted access to some of the best resorts in the country, including Okemo and Mount Snow in Vermont.

The slope-side Stowe Mountain Lodge and Topnotch Resort & Spa are popular luxury lodging options nearby, but visitors can also opt to stay in one of many mountain inns and resorts lining Mountain Road in the village.

Jay Peak, a popular four-seasons resort, is just five miles south of the U.S./Canada border, making it the farthest north of Vermont’s ski resorts. Jay Peak sits within the Green Mountains between the Village of Jay and Montgomery Center. The resort features a 2,153-foot vertical drop and 385 acres of skiable terrain. Jay Peak receives the largest average annual snowfall of any ski area in Eastern North America, and houses Vermont’s only aerial tramway. There is plenty of lodging to choose from, including the Jay Peak Resort and The Tram Haus Lodge, which sit at the foot of the mountain.

Mount Snow certainly isn’t the state’s largest ski resort, but it’s arguably one of the most popular. Mount Snow is the closest major ski resort to several of Vermont’s bustling northeast cities, so it’s not surprising that its 80 trails and 601 acres are often packed. During warmer months, visitors can hang out on Lake Whittingham, kayak to the nearby Berkshires, or explore the Green Mountains via a network of well-maintained hiking trails. Mount Snow also features a bike park, scenic lift rides, tubing, and is in close proximity to six stunning state parks. There are plenty of both budget-friendly and luxury lodging options near the base of the mountain, so visitors never have to stay far from the action! 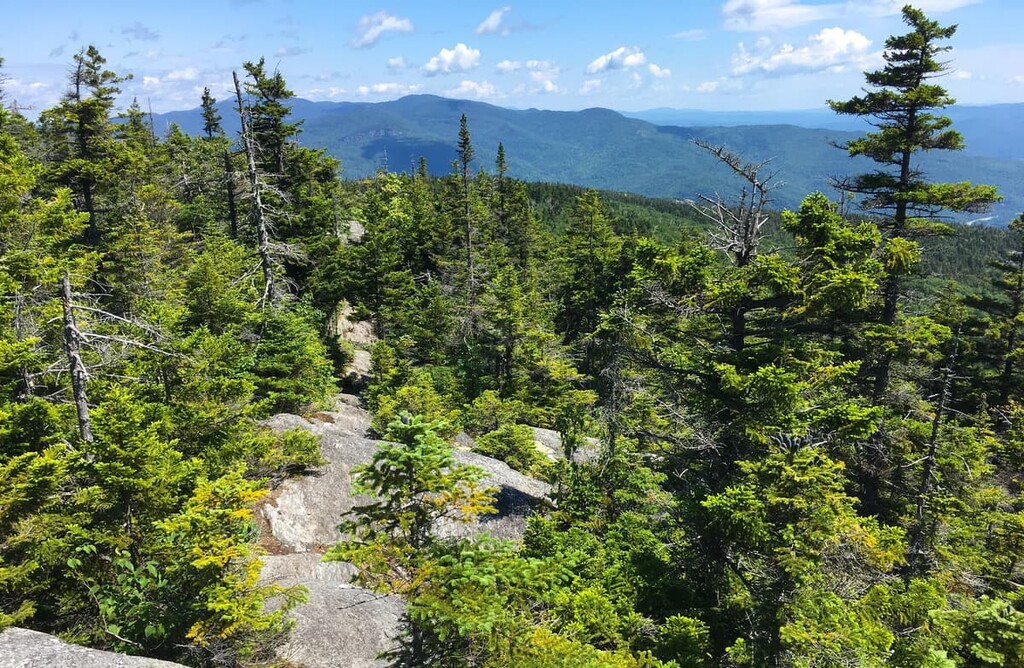 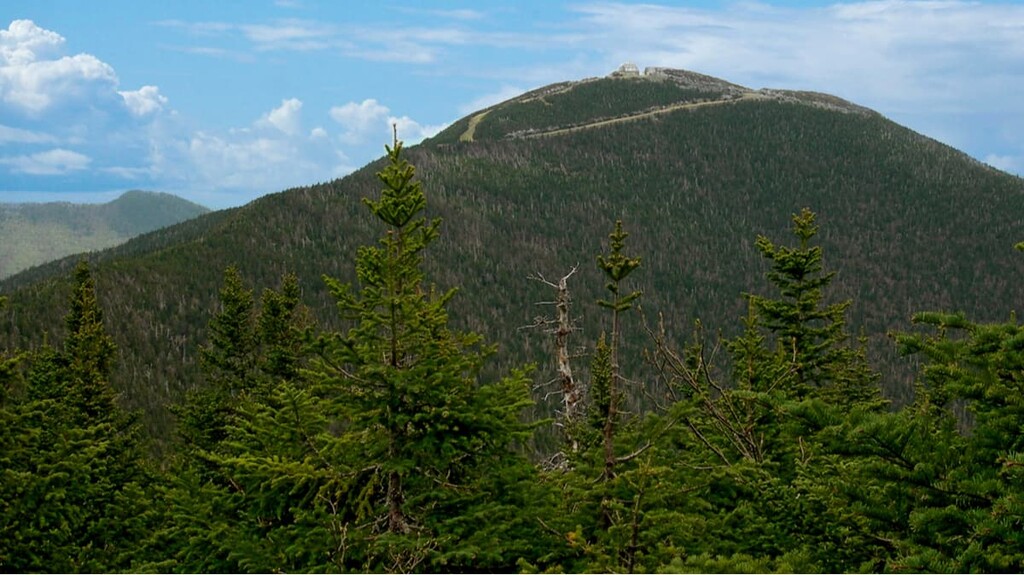 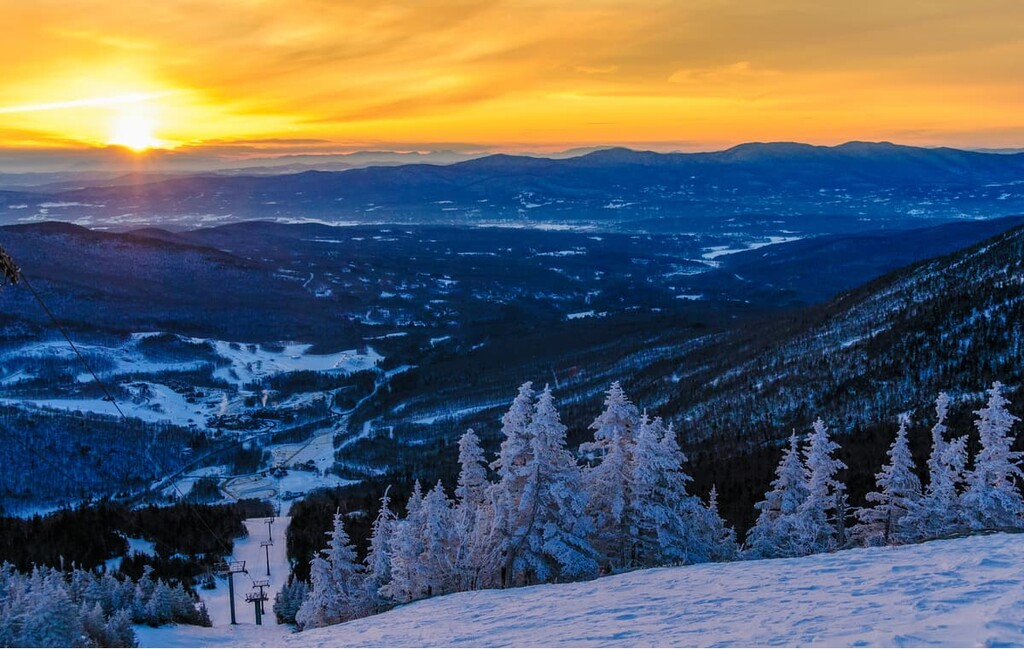 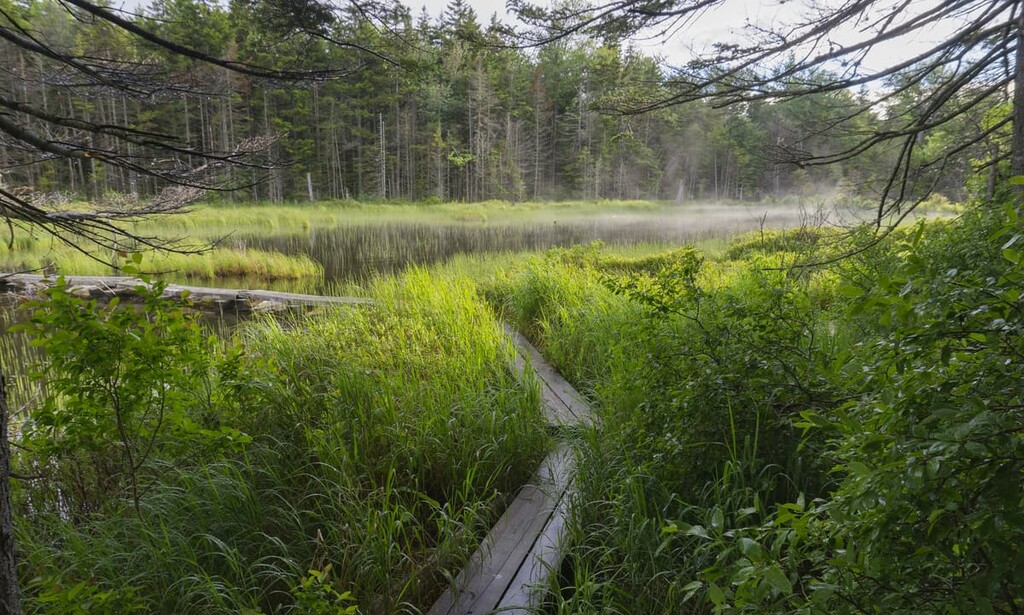 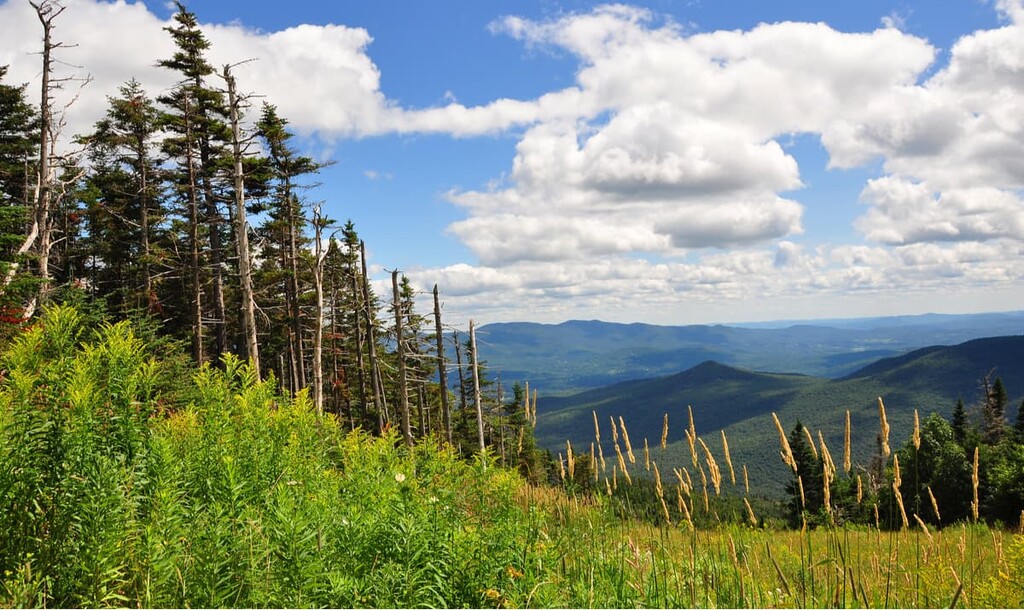 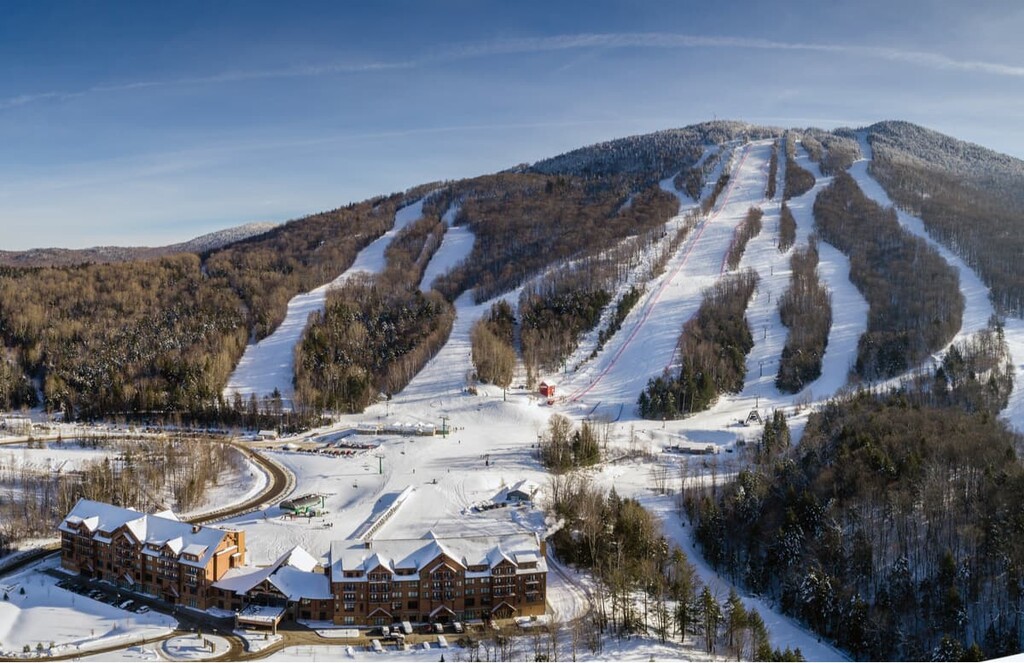 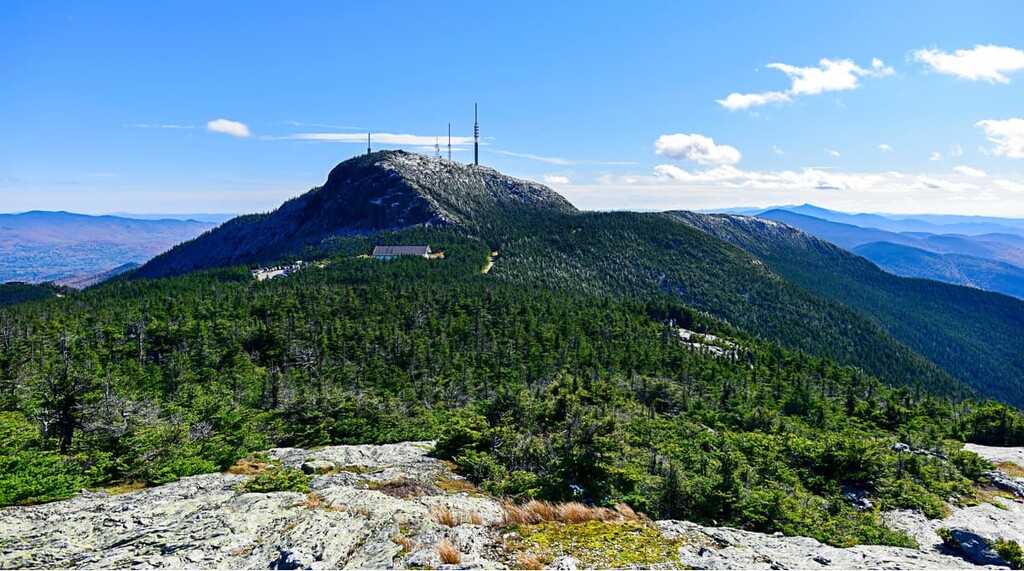