Boasting stunning vistas and excellent winter recreation opportunities, the Green Mountains are a long chain of peaks running the length of the US state of Vermont. The range contains 657 named mountains, the highest and most prominent of which is Mount Mansfield (4,369ft/1,340m).

Technically speaking, a small portion of the range exists in Massachusetts, though these peaks, which are mostly contained within Berkshire County, are locally referred to as “the Berkshires.” The range also technically extends to the south into northern Connecticut’s Litchfield County, but here, the range is often called the “Litchfield Hills.”

Moreover, the range extends slightly past the Canadian border into Québec, where it is part of the Canadian Appalachians subrange of the Sutton Mountains (French: Monts Sutton).

To the west, the Green Mountains are separated from the Adirondack Mountains by Lake Champlain. They are also bordered to the southwest by the Taconic Mountains, which extend from the Hudson Valley area and Capital Region of New York, through the weastern edge of Massachusetts into southern Vermont.

Within the Green Mountains, the Green Mountain National Forest is by and large the biggest swath of public land. Particularly in the southernmost part of the range, which is often called the Berkshires, there are quite a few towns and villages, as well as lots of privately-owned land, so large areas of public land are impractical.

The geological history of the Green Mountains is one of a long period of continental collision going back about 400-500 million years. During this time, Vermont was separated from its now neighbor, New Hampshire, by an ocean as Vermont was on the very edge of the supercontinent of Rodinia.

Throughout this relatively brief spell as a coastal area, Vermont collided multiple times with smaller micro-continents and islands. When this happened, these other bits of continental crust latched on, creating the other states we see today in New England.

Additionally, all of the bits of crust that slammed into Vermont over the past millions of years caused the state’s bedrock to fold up, creating the Green Mountains and the Taconic Mountains during the Taconic orogeny.

Interestingly, the White Mountains of New Hampshire, which are just to the east of the Green Mountains, had an entirely different geological history. While the bedrock in Vermont was subject to extended periods of folding, the bedrock in nearby New Hampshire experienced widespread magma intrusions, which cooled over millions of years to form the granitic peaks that we see today.

The geology of the White Mountains may not seem relevant to the Green Mountains, but the different geological histories of the two ranges has greatly affected the ecology of both states.

For example, New Hampshire has decidedly sandier soils often found in areas of granite bedrock while the state of Vermont has very nutrient rich soils that are great for long-term agriculture, thanks to its carbonate-rich bedrock.

Major peaks in the range include Mount Mansfield, Killington Peak, Camels Hump, Jay Peak, Stratton Mountain, and Bolton Mountain, many of which are also home to ski resorts of the same name.

Within the Green Mountains, the landscape is typical of the New England/Acadian Forests ecoregion. This ecoregion extends throughout the northeastern United States, including parts of Massachusetts, Vermont, New Hampshire, and Maine. It also crosses the border into Canada, where it’s found in parts of Québec, New Brunswick, and Nova Scotia.

The New England/Acadian Forests ecoregion has what’s known as a humid continental climate (Köppen Dfb), which is characterized by warm summers and long, cold winters, with year-round precipitation.

Since the vast majority of the region was cleared for agricultural purposes upon the arrival of European settlers, the forests that exist today are nearly all second or third growth. Indeed, Green Mountain National Forest was originally created to better manage the region’s forests, which had been, until that point, uncontrollably overlogged.

Most of the forests at mid to low elevations are typical northern hardwood forests with species such as sugar maple, yellow birch, hemlock, white ash, red maple, and beech as the most dominant. Quaking aspen and paper birch are also commonly found in recently re-grown areas.

As far as wildlife goes, the Green Mountains are home to a sizable number of mammals and birds. These include white-tailed deer, red fox, coyote, bobcats, porcupines, river otters, fishers, beavers, martens, and black bears. While the mountain lion, elk, and grey wolf all used to inhabit the area, they were exterminated by European settlers.

The region is also an important stopping point and feeding area along the Atlantic Flyway bird migration route. Additionally, the Green Mountains are home to a number of well-known bird species, including mallard ducks, great horned owls, wild turkeys, and plenty of passerines (song birds).

The Green Mountains have a rich history of human inhabitation that dates back thousands of years. Many groups lived in the region long before the arrival of European settlers. Some of the most dominant groups in the Green Mountains (including the sections in Québec and Massachusetts) and the surrounding area include the tribes of the Wabanaki Confederation, the Mohican, and the Iroquois, among countless others.

Due to the interior location of the Green Mountains, the region was not extensively settled by Europeans for many years after they settled and colonized the seacoast of New England and the New England Upland.

Lake Champlain, with many sailboats moored with the Green Mountains of Vermont across the lake

As far as permanent settlements go, the first in the Green Mountain region wasn’t built until 1724 with the establishment of Fort Dummer near Brattleboro. Eventually, after the French and Indian War and the 1763 Treaty of Paris, the French ceded their claims to New France to the British, including what would later become Vermont.

Interestingly, the region was contentious and was claimed by New York, New Hampshire, and Massachusetsts, and Vermont didn’t become an independent colony until 1777. Vermont and Northern New York later went on to play an important role in the American Revolutionary War, though the Battle of Hubbardton was the only battle that was fought within the present borders of the state.

Vermont has long had an agricultural economy, which, of course, led to widespread logging in the Green Mountains. Agriculture remains an important, albeit relatively small, part of the Green Mountain region’s economy to this day, particularly around dairy farming.

Forestry is also an economic staple of the region. The strength of this industry has had what some might think of as an ironic benefit of reforesting the landscape that was previously cleared for agriculture. This is particularly true as more sustainable forestry practices have been implemented in the region.

An additional and incredibly important part of the regional economy is tourism. The Green Mountains make for an excellent place for a number of youth summer camps, which are located around the state.

Moreover, the peaks in the range are very well known for their skiing opportunities, and the state is home to some of the largest ski areas in all of New England, including Killington, Smuggler’s Notch, Mad River Glen, Okemo, Jay Peak, Stowe, Stratton, Magic Mountain, and Bolton Valley.

In the summer months, the Green Mountains are also a very popular hiking and camping destination, thanks in no small part to the Long Trail and the Appalachian Trail, which traverse sizable portions of the range.

The Green Mountains are home to seemingly endless supply of outdoor adventure opportunities. Here are some of the best-known trails to check out during your next trip.

The Appalachian Trail (AT) is a long distance hiking trail that runs about 2,200 miles (3,500km) from Georgia to Maine. It crosses through Vermont and hikes along the southern part of the Long Trail for most of its time within the state before heading into the White Mountains of New Hampshire.

There are about 150 miles (240km) of trail along the AT within Vermont and the Green Mountains. The section is a popular and decidedly less rugged part of the trail than what is found in the White Mountains, and it’s a great choice for a late summer or fall backpacking trip.

Considered to be the oldest long distance hiking trail in the United States, the Long Trail is a 272 mile (437.7km) long adventure for experienced hikers. The entire trail runs from the town of Williamstown, Massachusetts, all the way through the Green Mountains to the town of North Troy near the Canadian border.

The Long Trail passes through many of the Green Mountain National Forest’s wilderness areas, including:

It also summits many of the major peaks in the range, including Jay Peak, Mount Mansfield, Mount Abraham, Mount Ellen, Stratton Mountain, and the Camels Hump.

The trail is commonly hiked from start to finish by intrepid thru hikers each summer and fall. However, there are plenty of great options along the way for section hikes for people who don’t have 2-4 weeks at their disposal.

Located just east of Middlebury, the Robert Frost Interpretive Trail was created to celebrate and commemorate the scenic places that inspired much of Robert Frost’s poetry. The trail itself is relatively casual and is just 1.2 miles (1.9km) long with minimal elevation change.

Throughout the trail, there are beautiful boardwalks, stunning forests, and even signs with a selection of Frost’s poems for hikers to enjoy.

Vermont and the Green Mountains aren’t exactly known for their dense concentration of sprawling metropolises. That being said, there are a few sizable cities within the region and plenty of quaint towns to enjoy.

Burlington is located along the northwestern edge of Vermont, on the shores of Lake Champlain. It is the largest city in the state, with about 40,000 residents.

However, it also has the unique honor of being the smallest most populous city in a state, with Charleston, West Virginia trailing closely behind with just 47,000 inhabitants.

Burlington is a college town and is a cultural center of the state. It is known for its bustling arts scene and busy downtown area. The city was also the first to run completely on renewable energy when it first made the switch in 2015.

Additionally, Burlington is home to the largest airport in the state, which offers connections to major cities in the eastern United States. Burlington is well-connected by road and it also has bus service to New York City, Boston, Albany, and even Montreal in Québec.

Montpelier is the capital of the state of Vermont, however, it is far from its most populous city. With just around 8,000 residents, Montpelier also has the status of being the least populous state capital in the country.

However, it’s worth noting that the city’s daytime population swells considerably to around 21,000 people as it is a major center for business, commerce, and jobs in the central part of the state.

Montpellier is easily accessible from the surrounding area due to its location along I-89. It also offers Amtrak rail links and bus transit around the state. Oh, and you can take the Green Mountain Transit Authority (GMTA) bus network to some of the region’s nearby attractions, including the Ben & Jerry’s factory. 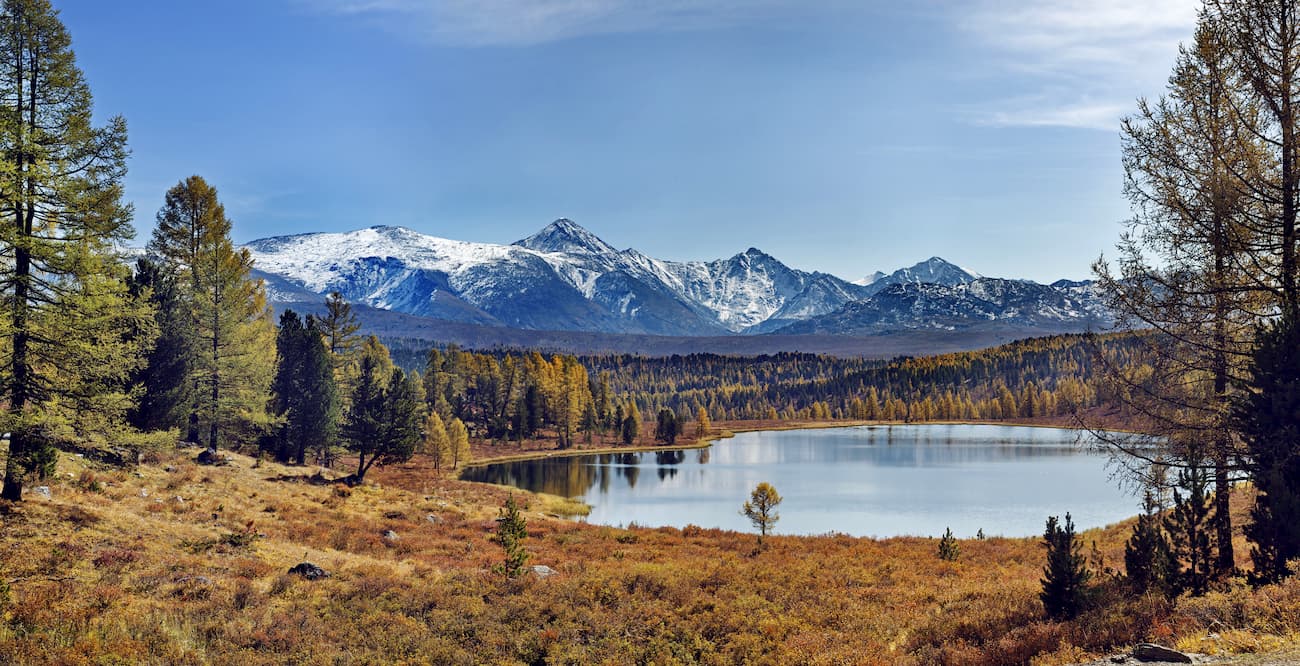 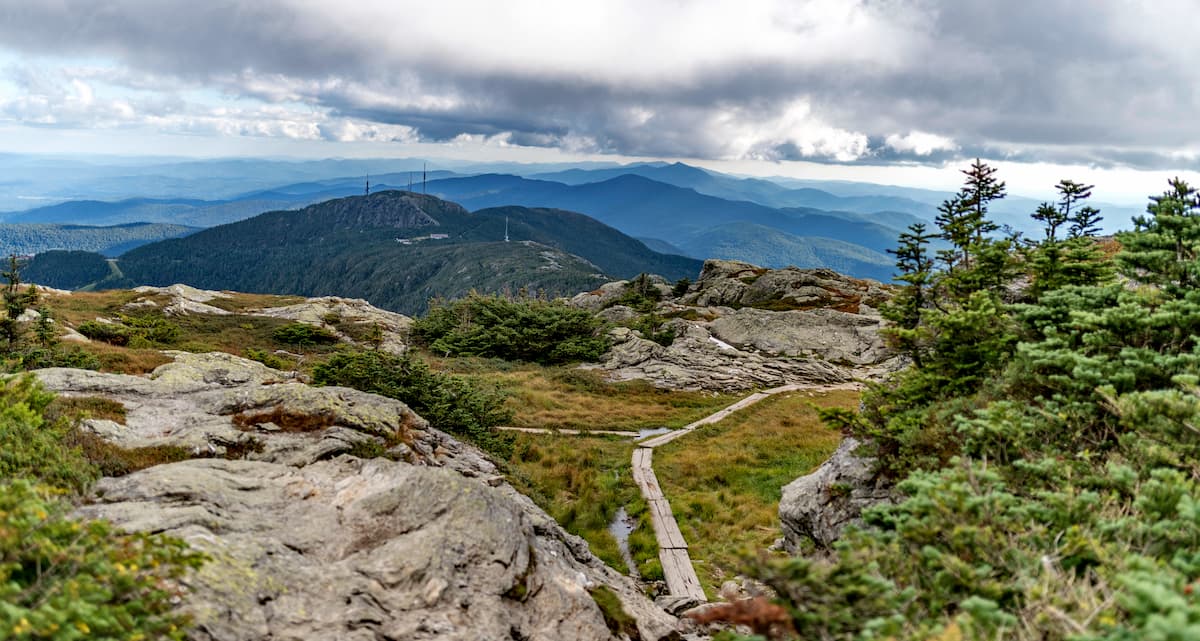 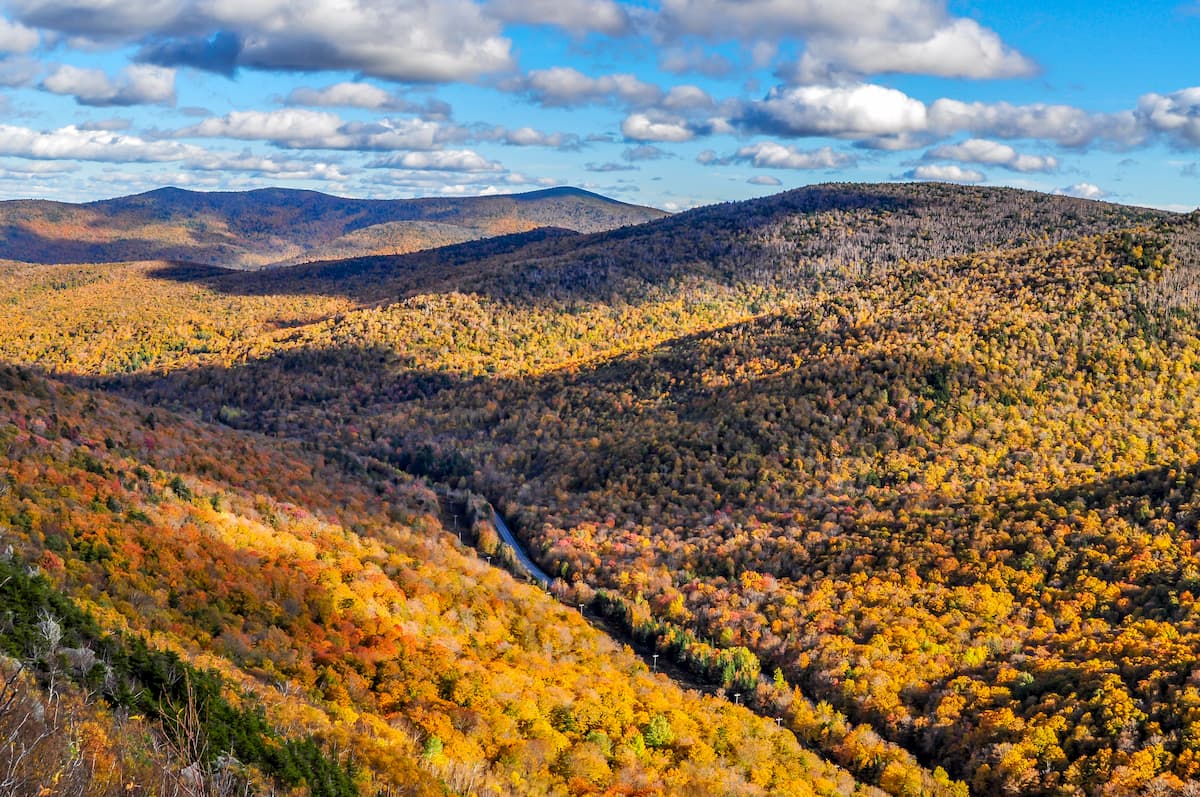 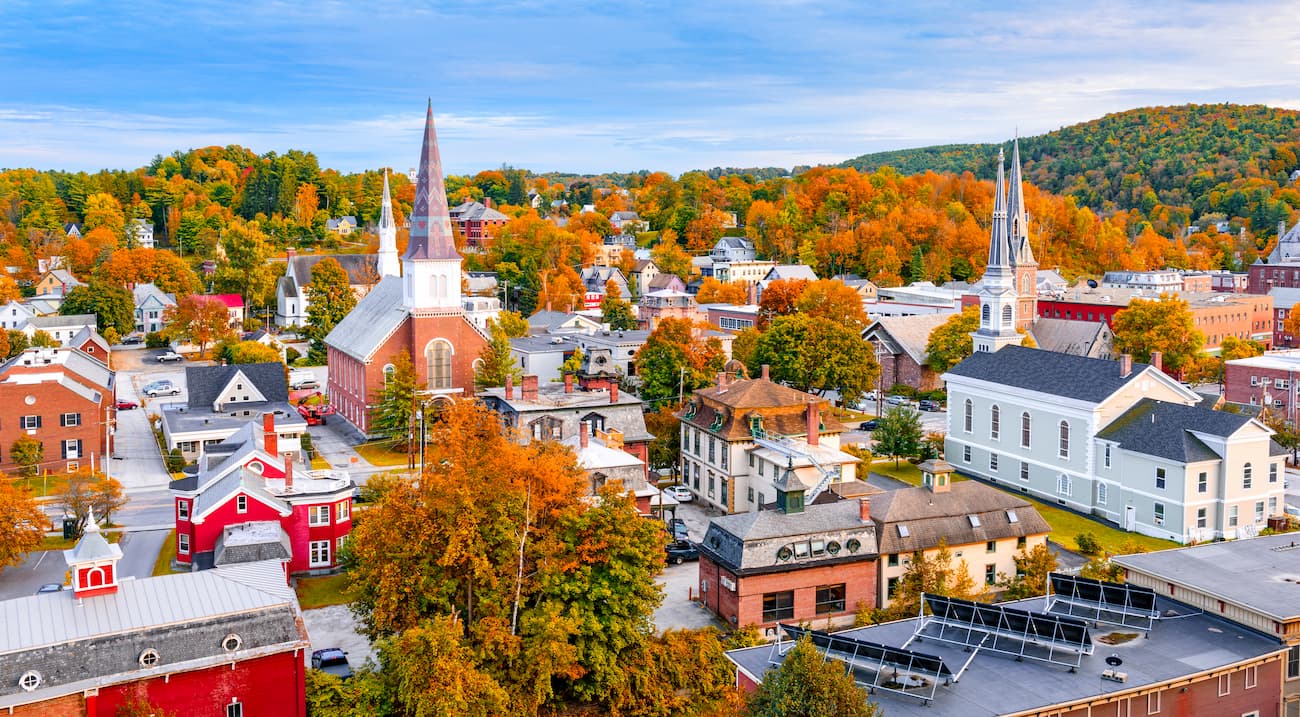