Featuring dense woodlands and stunning fall foliage, the Green Mountain National Forest is a federally protected area located in the US state of Vermont. The forest contains 170 named mountains, the highest and most prominent of which is Killington Peak (4,232ft/1,290m). 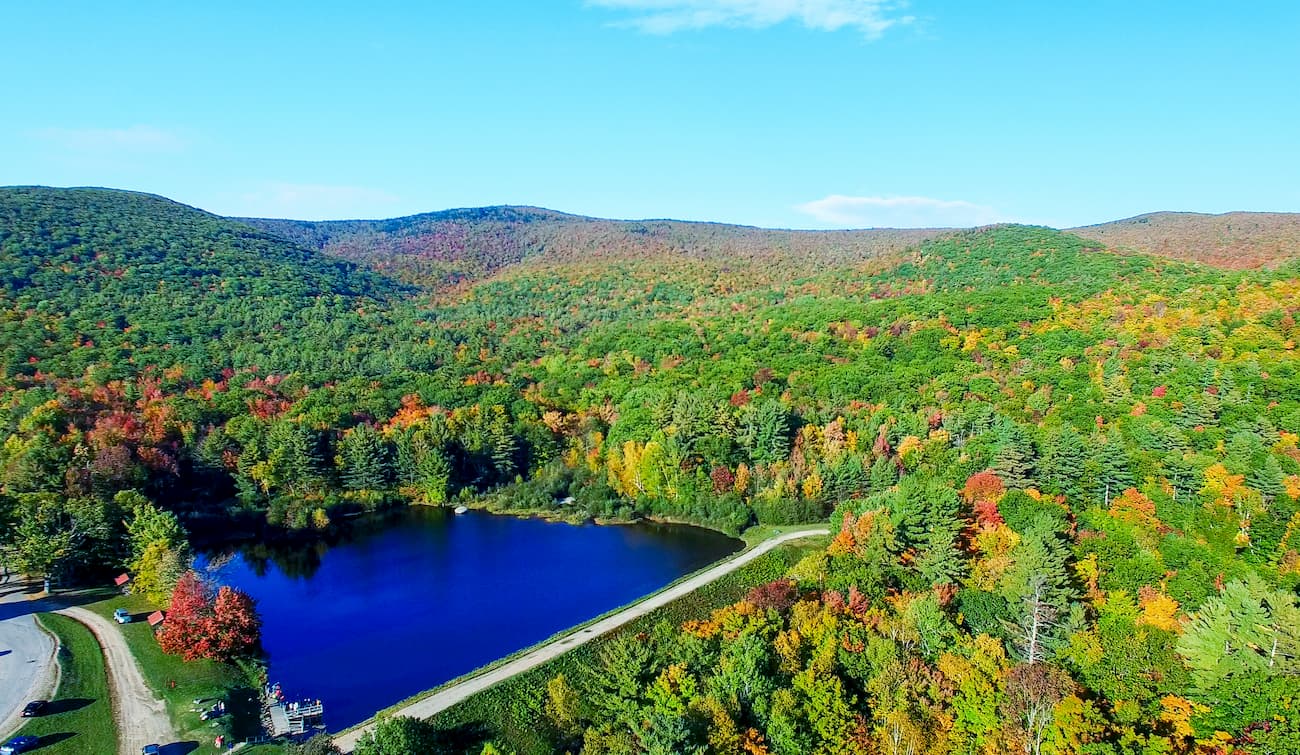 The forest is located in the westernmost part of Vermont, near the state’s borders with New York and Massachusetts. It covers parts of 6 counties: Bennington, Windham, Windsor, Rutland, Washington, and Addison.

Green Mountain National Forest is split up into 2 non-contiguous sections within Vermont. The southernmost section extends from the state’s southern border with Massachusetts to just south of the city of Rutland. This section is bisected by the scenic Route 7, which provides a vital road link to New York State’s Capital Region.

Meanwhile, the northern section of the forest extends from the town of Rutland north to the town of Bristol. It contains the highest peaks in the forest, including the highest, Killington Peak.

The forest contains 8 recreation areas, which include:

In Green Mountain National Forest, all of the peaks are all part of the Green Mountains. The Green Mountains are a subrange of the greater Appalachian Mountains, which span from the US state of Alabama to the south, all the way to the province of Newfoundland and Labrador to the north in Canada.

Within Green Mountain National Forest, the bedrock is predominantly metamorphic. It has an interesting geological history that dates back some 400-500 million years when what is now called Vermont was at the coast of the supercontinent of Rodinia.

During this time, a number of volcanic islands and micro-continents collided with Vermont, accreting onto the coast and forming much of the area that now lies to the east of the state, including both Maine and New Hampshire.

The collision of Rodinia with these smaller crustal fragments caused the bedrock in what is now Vermont to fold and metamorphose, forming the mountains we see today.

It’s important to note that the mountains in Green Mountain National Forest are geologically distinct from their neighbors. Indeed, the Adirondack Mountains have a completely separate and unique geology that is not linked to that of the greater Appalachian Mountains. Moreover, the White Mountains to the east are home to a substantial amount of granite, which was the result of magma intrusions throughout the region that cooled over millions of years.

The Green Mountain Forest is part of the New England/Acadian Forests ecoregion, which covers much of northeastern North America, including parts of Vermont, New Hampshire, Maine, Massachusetts, New Brunswick, Québec, and Nova Scotia.

However, much of the original forest in the region was extensively logged after the arrival of European settlers, so little old growth remains.

The ash trees in the forest are also threatened by the emerald ash borer. This insect is an invasive species that lays its eggs into the cracks of ash trees. When the larvae finally hatch, they chew through the bark further into the tree, creating relatively large chambers within the tree and, eventually, tree death.

To fight the infestation of emerald ash borers in Green Mountain National Forest, both the US Forest Service and the state of Vermont run monitoring programs. They also encourage visitors not to bring firewood into the region as doing so risks bringing more emerald ash borer into the state or exporting it elsewhere.

The area that is now part of Green Mountain National Forest has been home to humans for thousands of years. While countless groups have lived in the region over the millenia, the tribes of the Wabanaki Confederacy, as well as the Mohicans, were the most dominant in recent centuries.

Although the more coastal areas to the east and south of Green Mountain National Forest were some of the first places settled by European colonizers in the region, the French sailor Jacques Cartier was perhaps the first to see the Green Mountains in the mid 1500s.

However, no permanent European settlement came from his travels into the area and British settlement in the region started later, around the mid 1700s. While there are a number of sizable towns within and around Green Mountain National Forest, much of the region remains agricultural and rural to this day.

The natural forests within the region were heavily logged throughout the last few centuries, leading to widespread and uncontrolled deforestation. As a result, the US Forest Service established Green Mountain National Forest in 1932 to better manage the region’s logging practices.

Interestingly, although the forest boundaries include some 821,040 acres (332,263ha) of land, only about half is federally owned. The other half is included within the boundaries but is either owned by the state or municipal governments or is privately owned.

As a national forest, Green Mountain National Forest does allow logging within its boundaries, though, this practice is substantially more controlled now than it was before the forest’s creation.

Additionally, the Green Mountain National Forest derives revenues from both recreation fees and permit fees from the multiple ski areas within its boundaries, such as Stratton Mountain, Mount Snow, and Bromley Mountain.

Green Mountain National Forest is a popular destination for outdoor recreation. Here are some of the best places to check out during your upcoming trip:

The Breadloaf Wilderness is located in the heart of the southern section of the Green Mountain National Forest. It contains 10 named mountains, the highest and most prominent of which is Bread Loaf Mountain.

Originally designated in 1984, the Breadloaf Wilderness was expanded to its current size of 24,986 acres (10,111ha) in 2006. It is Vermont’s largest wilderness area and, interestingly enough, the sale of the region from Middlebury College to the US Forest Service in the 1930s and 1950s spurred the original creation of Green Mountain National Forest.

There are a number of different hiking trails within the wilderness, including parts of the Long Trail, the Skylight Pond Trail, the Clark Brook Trai, the Emily Proctor Trail, and the Cooley Glen Trail.

Situated in the middle of the forest, the Joseph Battell Wilderness contains 9 named mountains, the highest and most prominent of which is Gillespie Peak. The wilderness was named after Joseph Battell, an environmentalist that lived in nearby Middlebury during the late 19th and early 20th centuries.

It contains 12,336 acres (4,992ha) of land, including some sizable peaks, such as Gillespie Peak, Mount Horrid, Romance Mountain, Monastery Mountain, Worth Mountain, and Philadelphia Peak.

Perhaps the most notable trail in the area is the Long Trail, which traverses nearly the entire length of the wilderness. Other popular trails in the region include the Sucker Brook Trail.

Many consider the Joseph Battell Wilderness to be an ecological gem because of its remote location and great concentration of endangered, rare, or threatened species. It is also home to one of the longest sections of roadless and trailless ridges in the entirety of the forest.

The Big Branch Wilderness is located in the southern part of the Green Mountain National Forest, just north of the Peru Peak Wilderness. It contains 4 named mountains, the highest and most prominent of which is Mount Tabor.

This wilderness area was established in 1984 and expanded in 2006 to its present boundaries, which include 6,725 acres (2,722ha) of land. Within the wilderness, the Appalachian Trail is a popular hiking option, as it crosses along the eastern edge of the region.

Moreover, the Big Branch Wilderness is an important habitat for wild turkeys, as well as moose and beavers. Both Lake Brook and Big Branch Stream are home to trout, which makes them popular among anglers.

Other popular hiking areas in the wilderness include Baker Peak, which offers great views of the summit.

The Peru Peak Wilderness is located just north of the town of Manchester Center in the Green Mountain National Forest. It contains 7,825 acres (3,167ha) of land and 3 named peaks, the highest and most prominent of which is Peru Peak.

Within the wilderness, the Long Trail and Appalachian Trail (which coincide with each other) crossover Mad Tom Notch, Styles Peak, and Peru Peak before leaving the area.

Meanwhile, the northern half of the wilderness is trailless, and is situated around Pete Parent Peak, which is one of the few peaks above 3,000 foot (914.4m) in the state that have no marked trail to the top.

Bordering Lake Dunmore to the west and the Joseph Battell Wilderness to the east, the Moosalamoo National Recreation Area is a popular hiking, camping, and skiing area. The recreation area contains 3 named mountains, the highest and most prominent of which is Mount Moosalamoo.

Within Moosalamoo, there are 2 campgrounds - Moosalamoo and Silver Lake - as well as plenty of great hiking areas. One, the Robert Frost Interpretive Trail, is particularly nice if you want a casual walk through the woods.

White Rocks National Recreation Area is the larger of the 2 recreation areas in Green Mountain National Forest. It contains 36,400 acres (14,730ha) of land as well as 5 named mountains, the highest of which is Willard Mountain, and the most prominent of which is Green Mountain.

There are a handful of popular hiking areas in the area, including the White Rocks Cliff Trail and the White Rocks Ice Beds Trail. The White Rock Cliffs Trail offers particularly nice views of the Green Mountains, as well as the Adirondack and Taconic Mountains on a sunny day.

Although Vermont isn’t known for its major metropolises, there are quite a few sizable towns and cities near Green Mountain National Forest. Here are some of the best places to check out:

Interestingly, Brattleboro was the second city in the US to become certified as a Fair Trade Town, indicating their commitment to an ethical economy. Brattleboro has a bustling arts scene with plenty of festivals each year. There is also a ski jump within the town that hosts an annual tournament.

Burlington is by and large the biggest city in Vermont with some 40,000 residents. It is situated to the northeast of the forest, along Lake Champlain.

The city is a cultural and commercial hub for the entire state, thanks to its bustling downtown area. Moreover, Burlington has the state’s largest airport and it has bus service to major cities around the country, and even into Montreal in Canada. 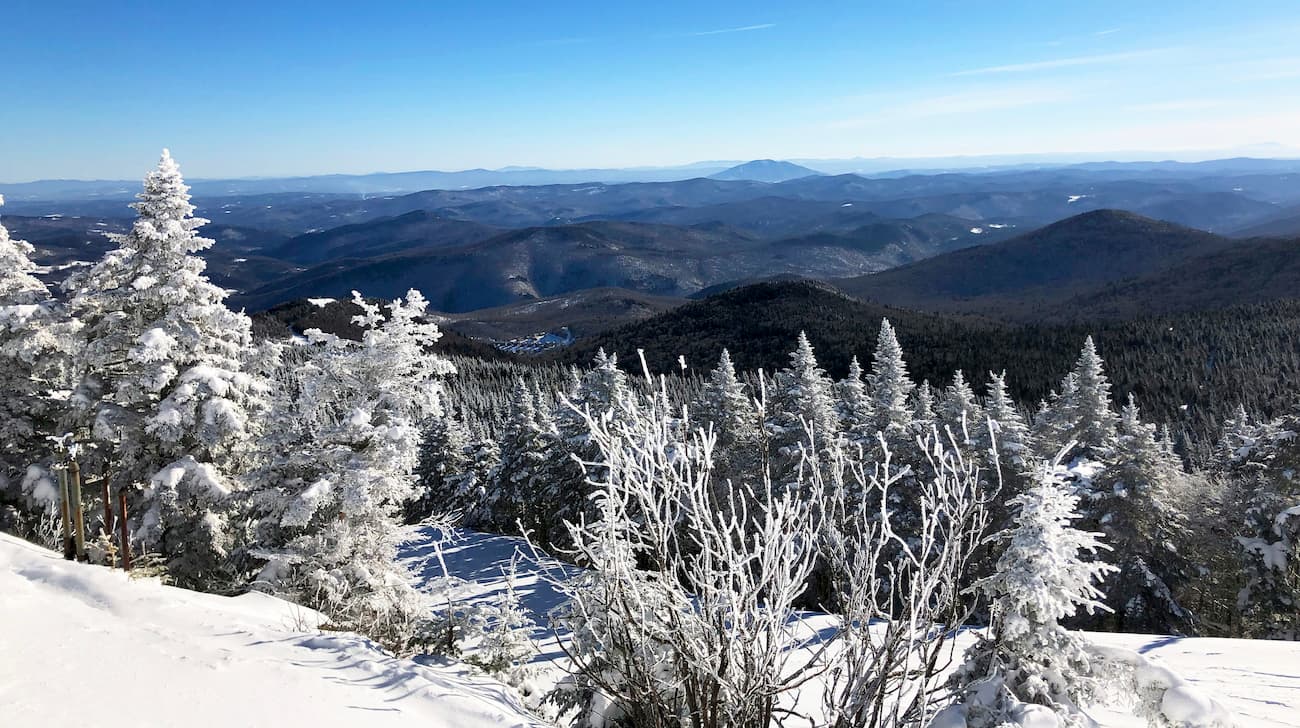 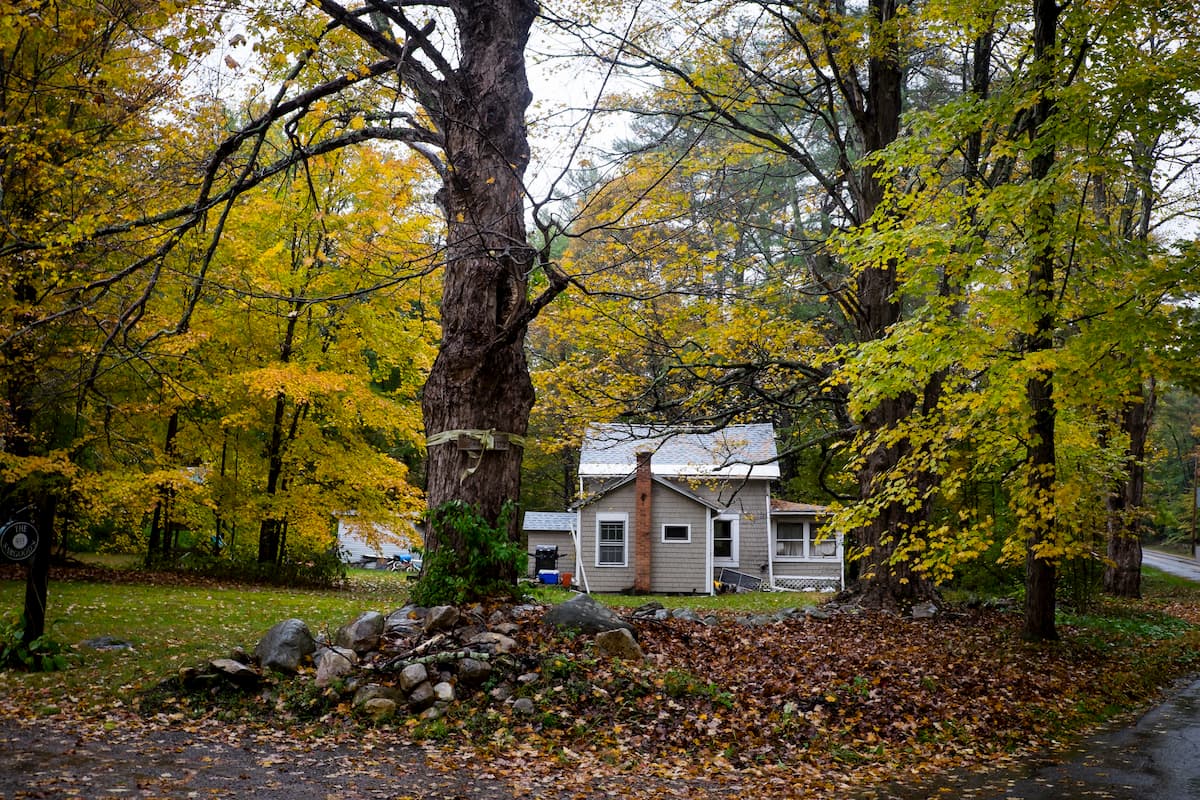 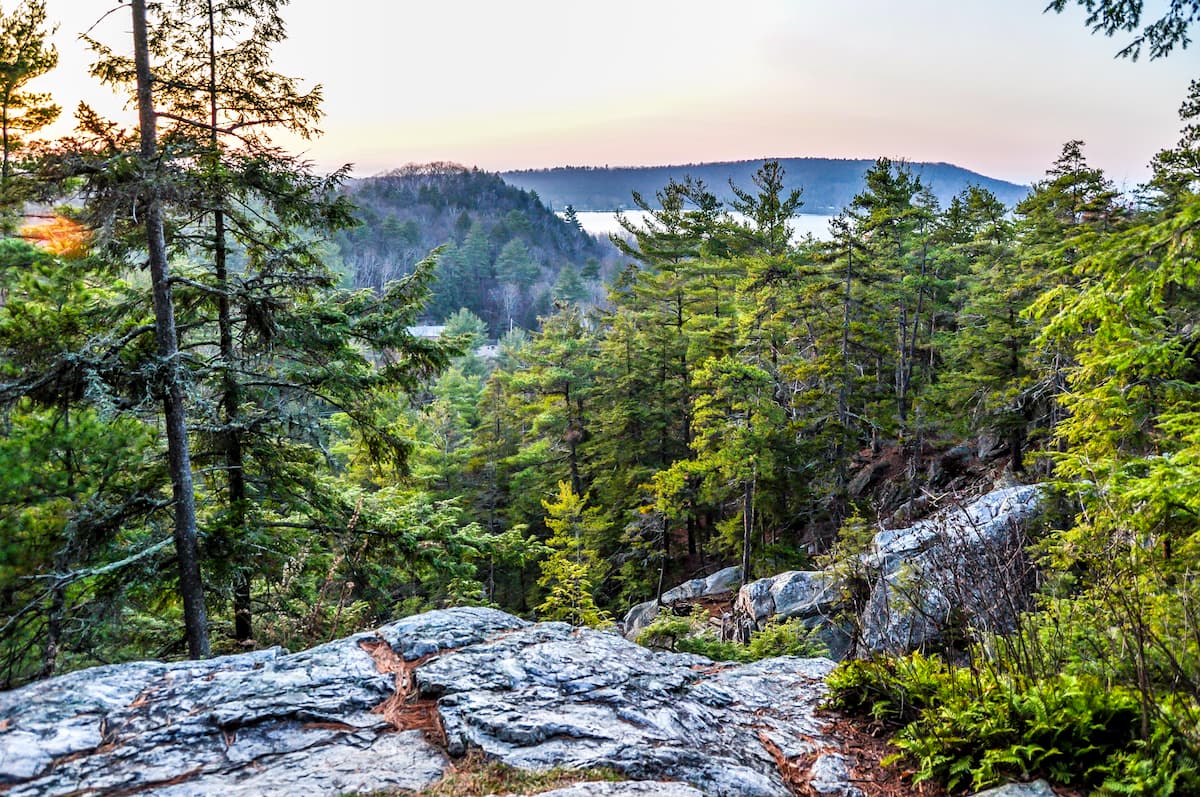 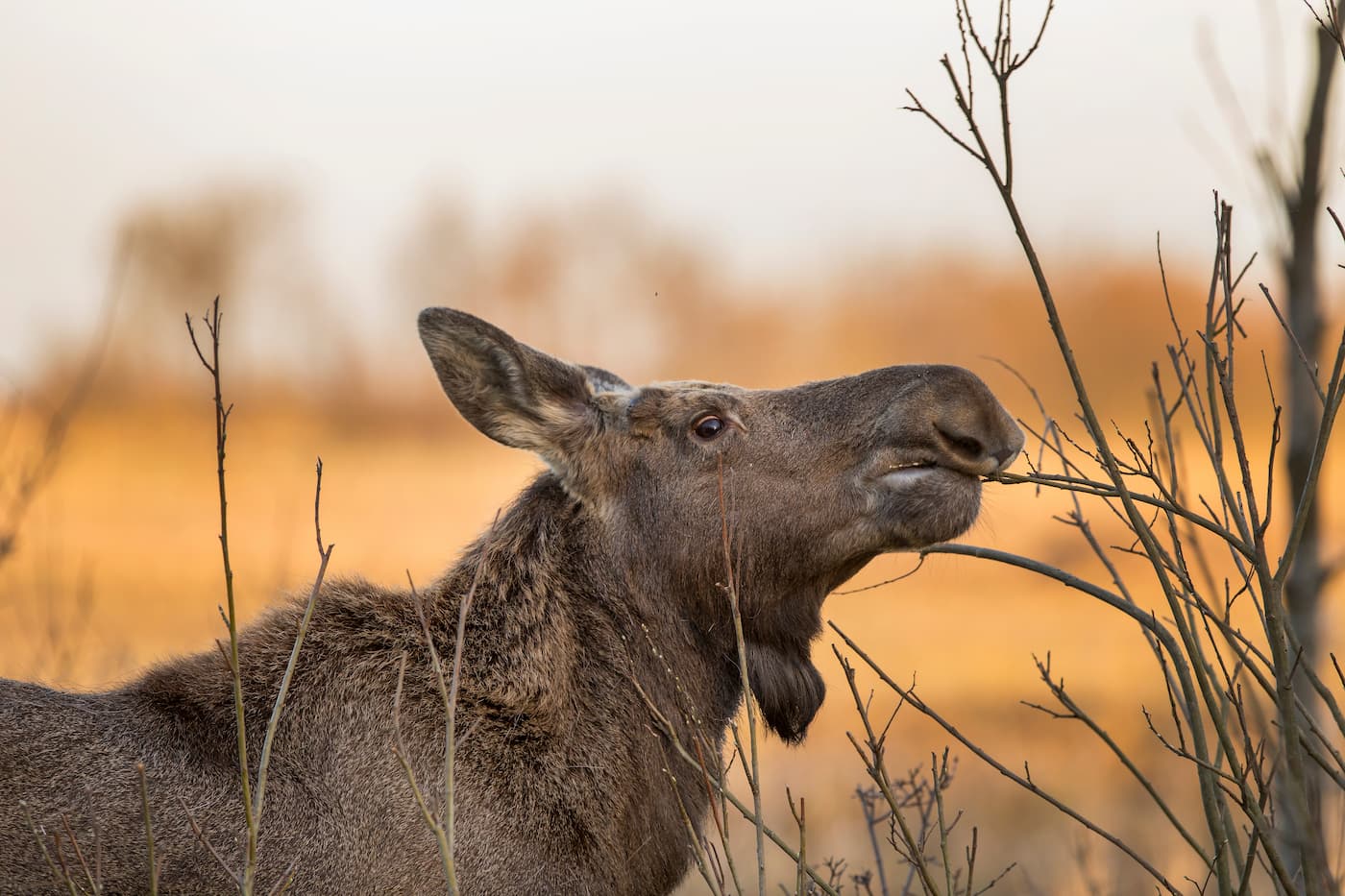 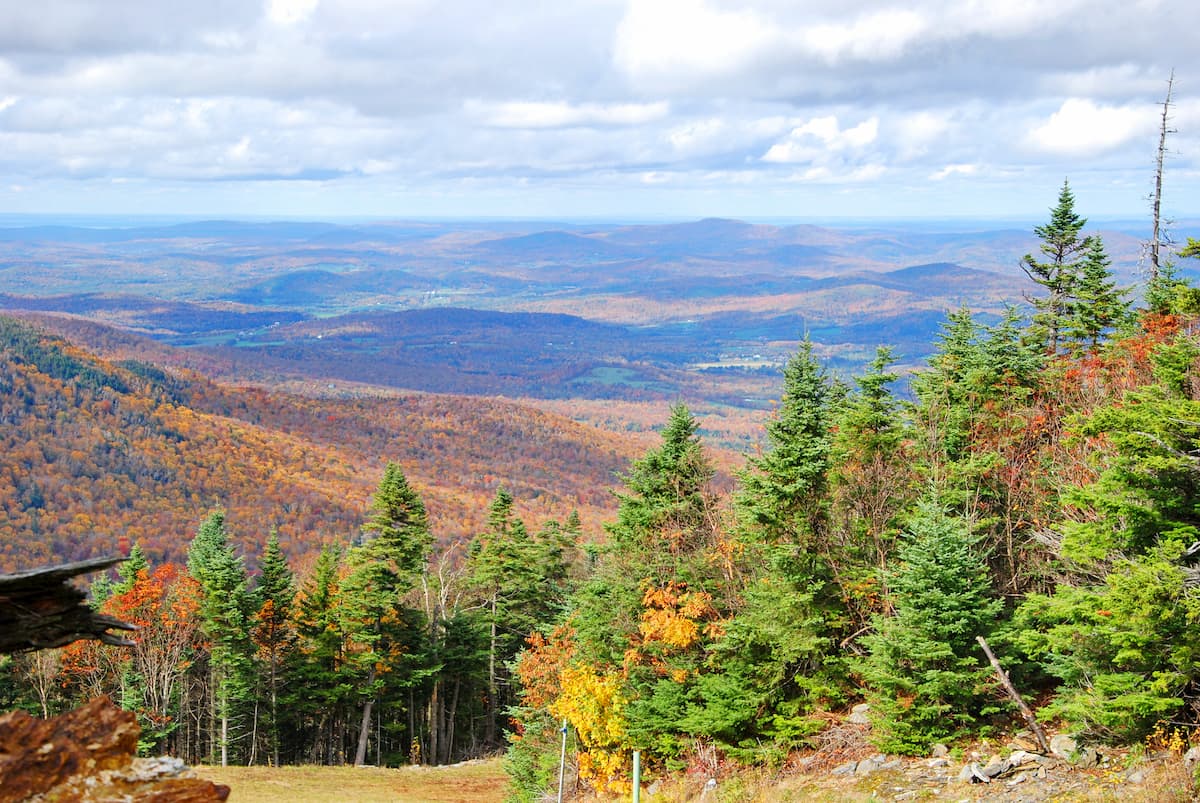