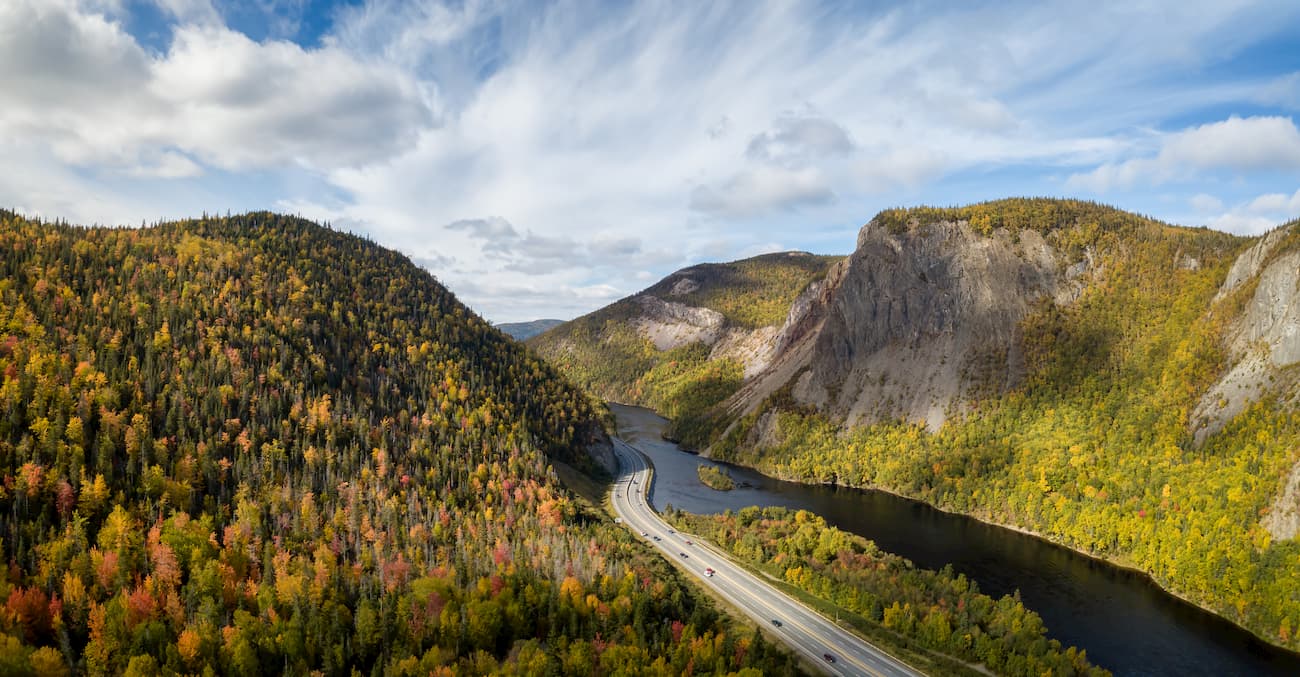 Labrador is a large geographic region located in the eastern part of the Labrador Peninsula. It is separated from Newfoundland, Canada's fourth-largest island, by the Strait of Belle Isle, which is just 15 km (9 mi) wide at its narrowest. It is bordered by Quebec and shares a small land border with Nunavut on Killiniq Island, a small, remote island.

Aside from Labrador, Newfoundland’s nearest neighbors are the community of Saint-Pierre and Miquelon, a self-governing territorial overseas collectivity of France, and Nova Scotia’s Cape Breton Island on the Atlantic coast.

Glaciers have had an enormous impact on Newfoundland and Labrador’s landscape. Over the last 200 million years, advancing and retreating ice sheets have eroded lake basins, shaped broad plains, carved deep valleys through the mountains, and constructed deep fjords along Newfoundland's coastline.

Evidence of glacial activity is particularly apparent in Newfoundland, which serves as the northeasternmost extension of the Appalachian mountain system. The Long Range Mountains, a subrange of the Appalachians, is the highest mountain range in Newfoundland and extends for approximately 250 miles along the island’s western shore. The Long Range Mountains average 2,200 feet in elevation and contain several remarkable natural features including the Lewis Hills, Tablelands, and the illustrious Gros Morne National Park.

The Tablelands are uncharacteristically barren and desert-like in appearance. This rust-colored, weathered landscape stands alone amongst the lush and hilly forest that surrounds it and is where geologists proved the theory of plate tectonics.

Gros Morne National Park, the second-largest national park in Atlantic Canada, contains the majority of the Long Range Mountains, including Gros Morne, the second-highest mountain in the province. The park’s impressive peaks and valleys are the remnants of a mountain range that formed 1.2 billion years ago its steep-sided glacial valleys and uninhabited mountaintops are particularly popular amongst avid hikers and backpackers. Some of the tallest peaks in Gros Morne include Big Lookout, Big Level, Sams Rock, Rocky Harbour Hill, and Old Crow.

Like the Longs Range Mountains, the Torngat Mountains, situated at the northern tip of the province, are characterized by deep fjords and sheer rock walls. In fact, there are currently 100 active glaciers tucked within this set of summits. Extending for more than 186 miles, the Torngats contain some of the highest summits in Eastern Canada, including Mount Caubvick, the highest point in both Labrador and Quebec.

At the southern end of the province, the Mealy Mountains span 10,231 square miles and encompass five of Labrador’s ten provincial ecoregions. Though the Mealy Mountains aren’t quite as dramatic as the Torngats, these rugged and highly remote summits rise to over 3,800 feet from sea level. The glacially rounded, bare rock peaks in this region are the centerpiece of the Akami−Uapishkᵁ−KakKasuak−Mealy Mountains National Park Reserve, which protects an area that is twice the size of Canada’s smallest province.

Gros Morne National Park is a 697 square mile world heritage site nestled on the west coast of Newfoundland and Labrador. The park, which earned its name from Newfoundland’s second-highest mountain, Gros Morne, contains the majority of the Long Range Mountains and contains some of the most impressive peaks and valleys in the province. The park’s heavily glaciated, steep-sided glacial valleys and fjords, uninhabited mountaintops, weathered sea stacks, striking cliff sides and stunning shoreline make it one of the most geologically diverse landscapes in the world. Popular attractions and trails in the park include: The summit of Gros Morne, Western Brook Pond, the Tablelands, and the Long Range Traverse.

Home to Newfoundland and Labrador's loftiest summits, Torngat Mountains National Park encompasses over 2 million acres of incredible mountainous terrain between Northern Quebec and the Labrador Sea. The park takes its name from the Inuktitut word Tongait, meaning place of spirits and is considered to be one of the last untamed, unspoiled places left on earth. Visitors to Torngat can take overnight trips into spectacular fjords, participate in guided excursions, or sip on hot tea with locals over an open fire. The park is incredibly remote, making it far less accessible than other Newfoundland and Labrador wilderness areas. A trip to Torngat requires extensive planning, patience, and equipment. Due to a healthy population of polar bears, visitors are encouraged to participate in guided excursions and must be accompanied by a trained Inuit polar bear guard while hiking.

Located on the east coast of Newfoundland, Terra Nova is best-known for its rugged coastline, exposed headlands, and rocky ‘fingers’ that jut into Bonavista Bay. Though Terra Nova doesn’t have the grandeur of Gros Morne or Torngat, its accessibility and incredible glacial features make it the perfect oasis for outdoor enthusiasts. Terra Nova is also the first Dark Sky Preserve in Newfoundland and Labrador, making it the perfect place to escape for some stargazing. Popular trails and attractions in Terra Nova include: Southwest Arm, Sandy Pond, Blue Hill, and Ochre Hill.

Mealy Mountains National Park Reserve, Newfoundland and Labrador’s youngest National Park, protects 4,131 square miles of the Mealy Mountains, more than 25 miles of shoreline on the Labrador Sea and Lake Melville, miles of mountain tundra, and vast stands of boreal forest. Mealy is still in its early stages of developing visitor activities and innovative ways to share the park’s history and culture. For the time being, programs and services are limited and park visitors are expected to be self-reliant.

Rocky Harbour is the largest community in Gros Morne National Park, making it the perfect destination for outdoor enthusiasts looking to explore the park. The town is tucked between two prominent landmarks - Salmon Point and Lobster Cove Head - at the northern entrance to picturesque Bonne Bay. Rocky Harbour offers guests a variety of amenities and accommodations, including Hotels, Bed & Breakfast inns, Cottages, and campgrounds.

St. Johns, Newfoundland and Labrador’s capital, is the oldest and most easterly city in North America. The city is vibrant and historic, offering visitors the perfect mix of big-city comfort and small-town charm. Take a stroll on Signal Hill, a National Historic Site that overlooks the city, or visit the Cape Spear Lighthouse, the oldest surviving lighthouse in the province. St. Johns is home to a variety of vibrant and quirky accommodations, delicious restaurants, and unique points of interest. 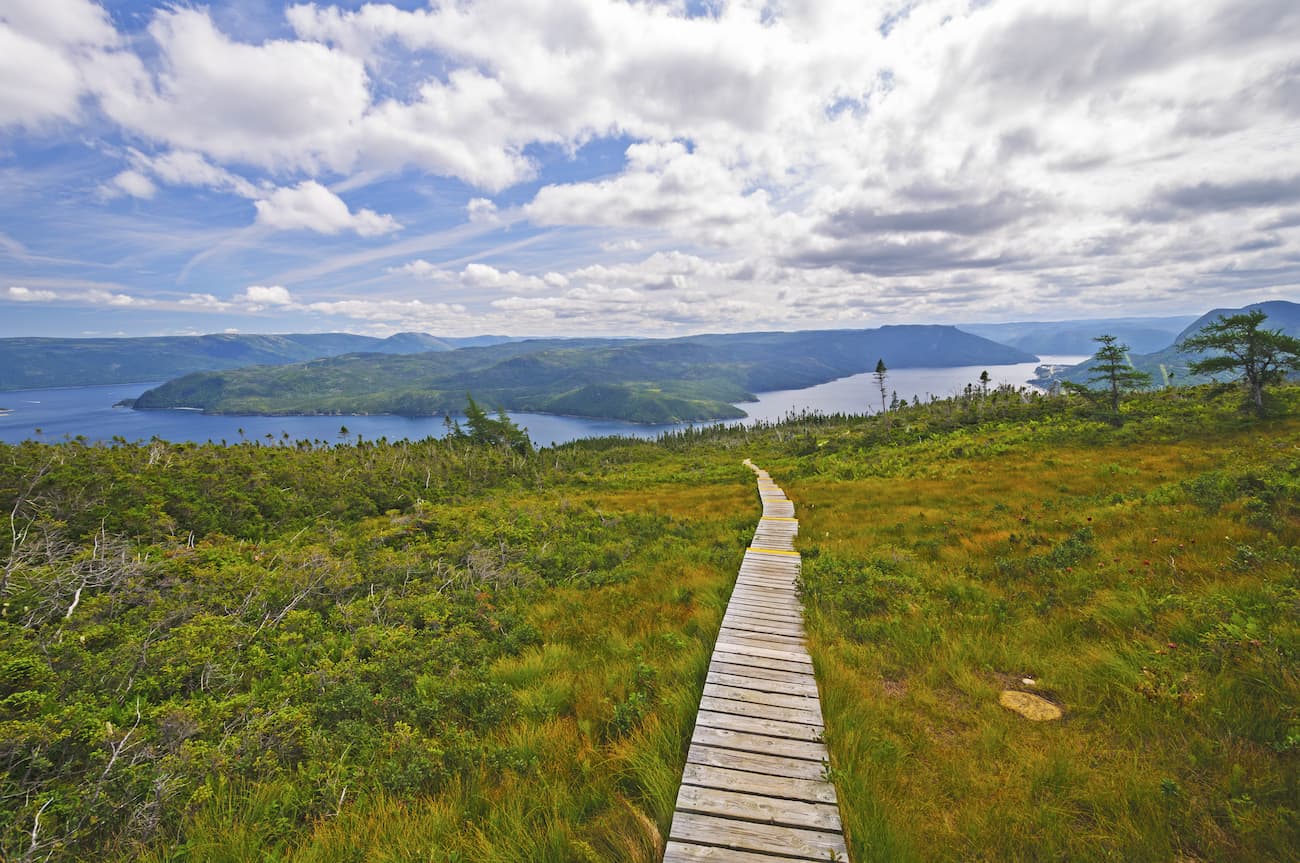 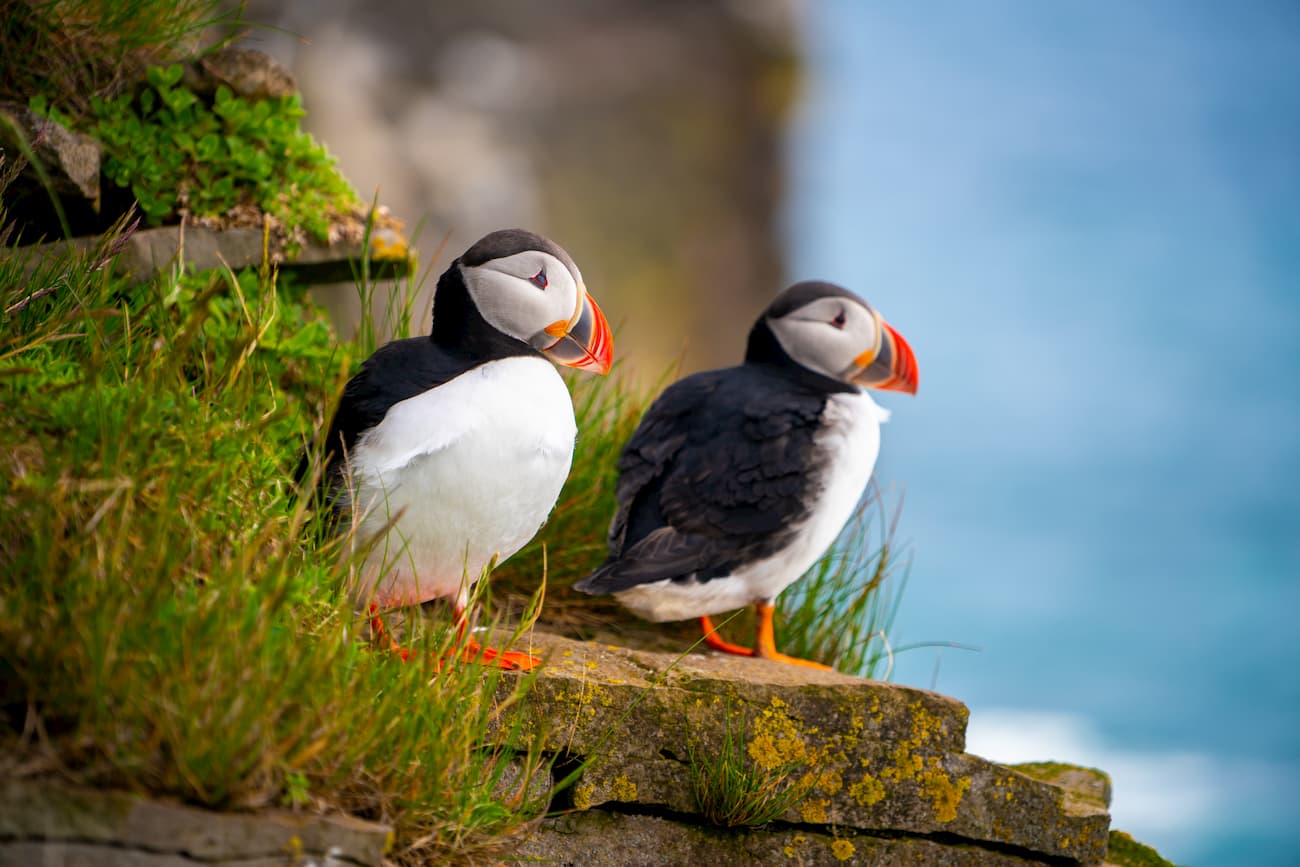 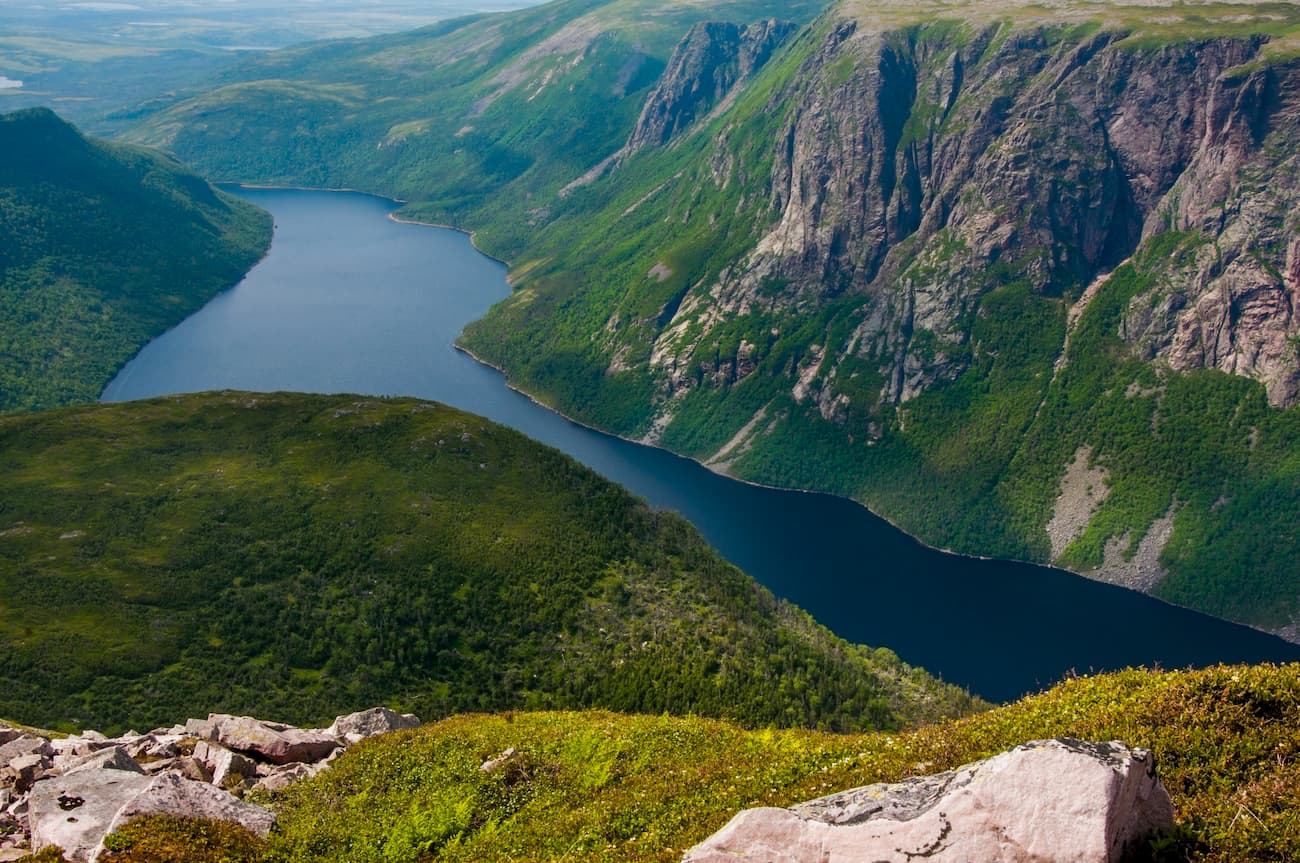 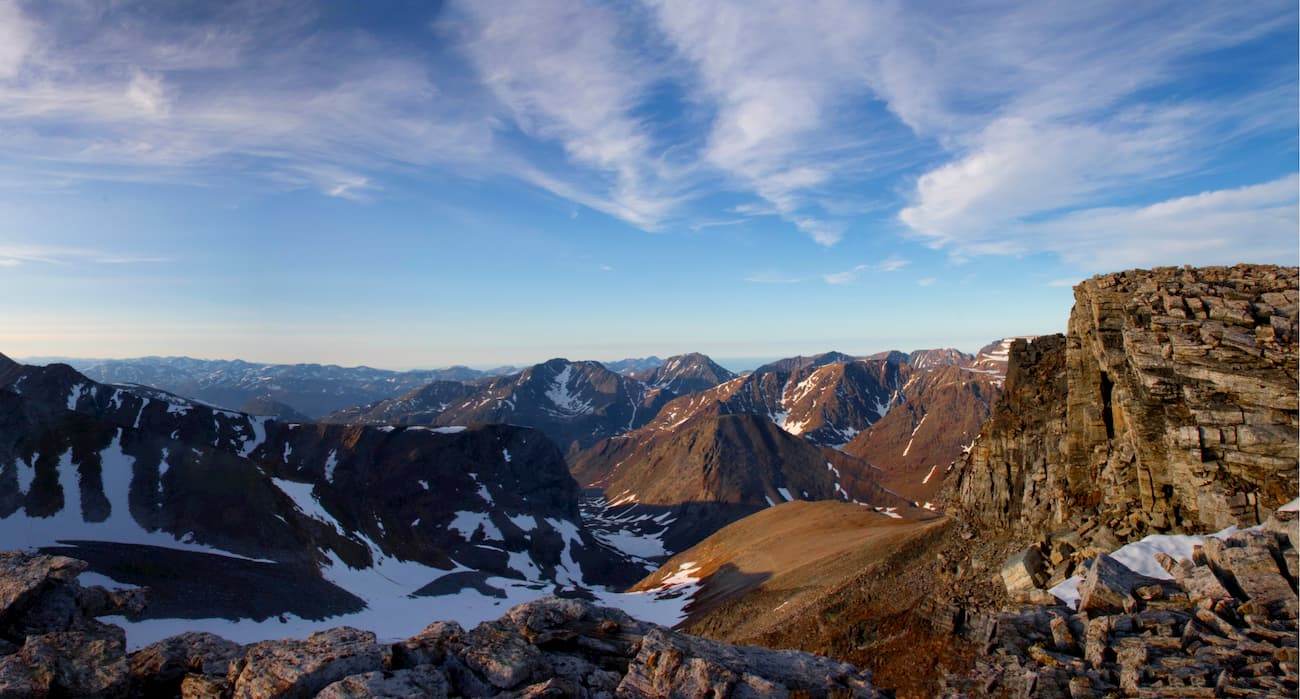 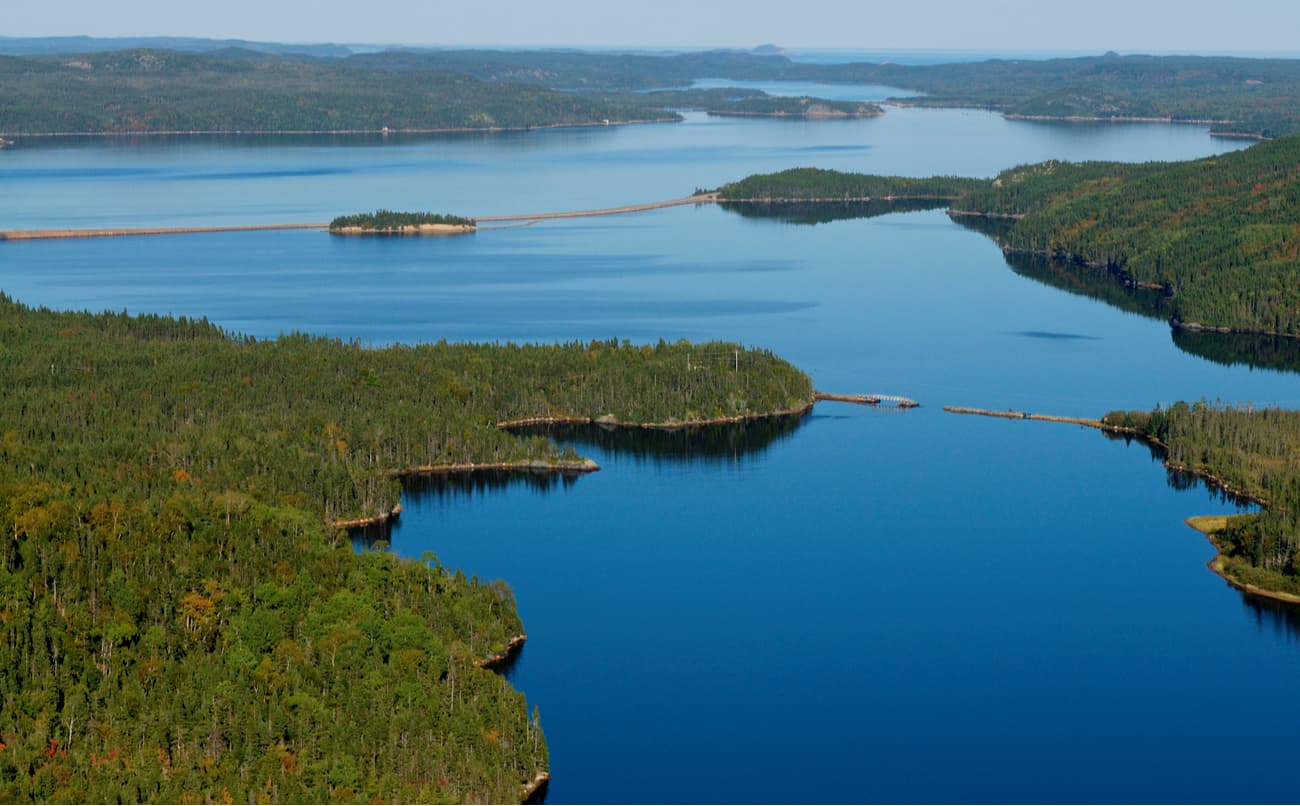 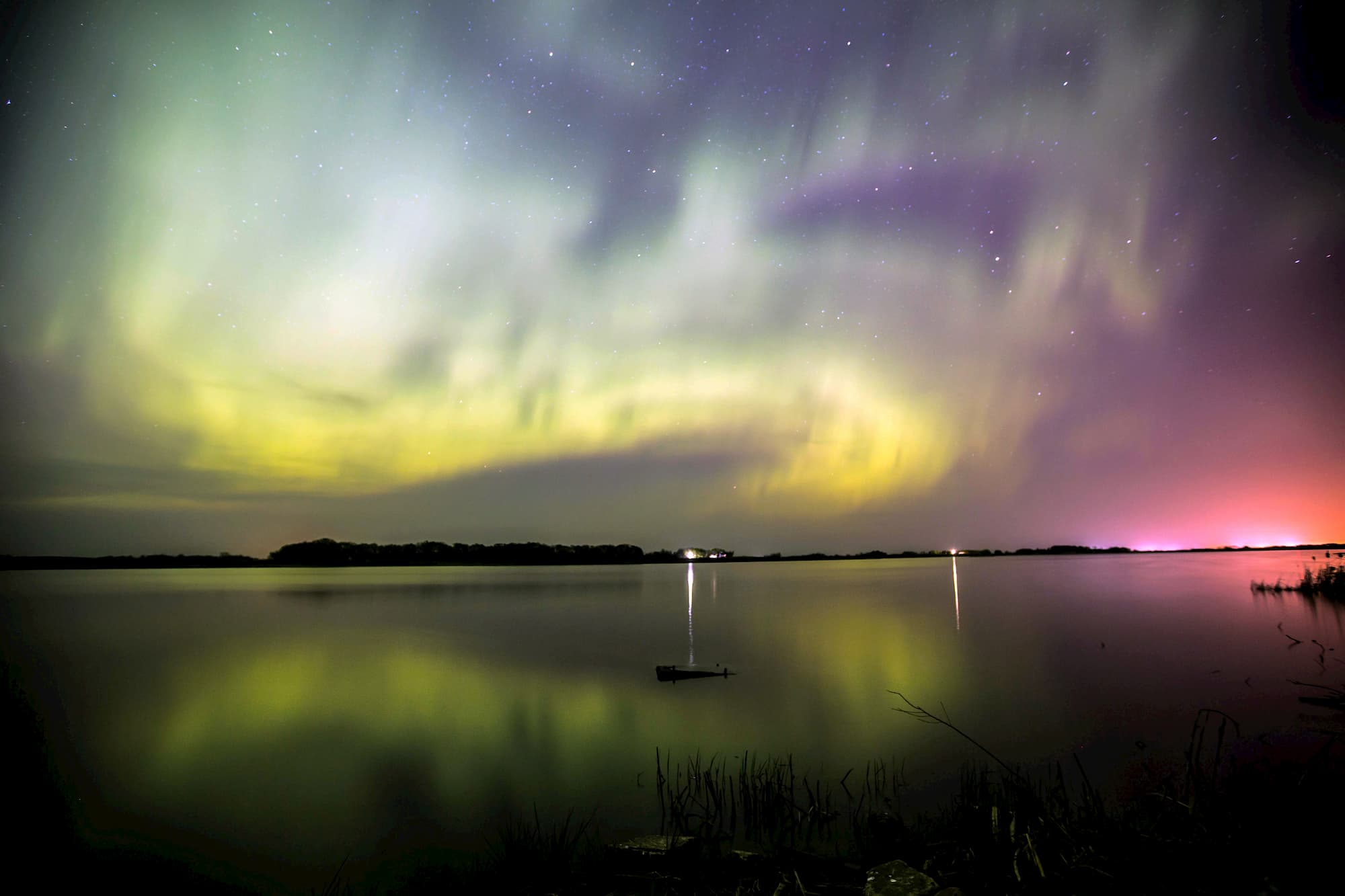