Located on the eastern seaboard of North America, Nova Scotia is one of the four original provinces that formed the Dominion of Canada in 1867. The province, which spans roughly 360 miles, contains the Nova Scotia peninsula, Cape Breton Island, and several offshore islands, including Sable Island and Cape Breton Island. 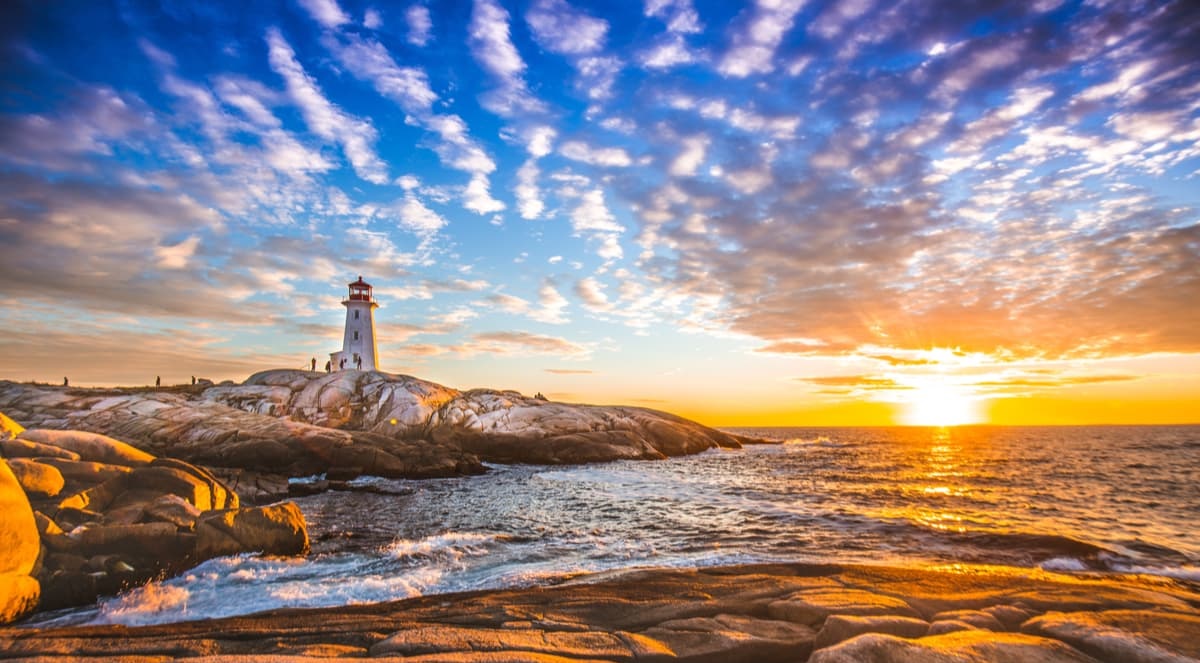 Nova Scotia’s only land boundary is with New Brunswick to the west. The province is separated from Prince Edward Island to the north and the island of Newfoundland to the northwest by two arms of the Gulf of St. Lawrence, the Northumberland Strait, and the Cabot Strait. The Bay of Fundy borders Nova Scotia to the northwest, while the Atlantic forms the province’s eastern and southern borders. In fact, nowhere in Nova Scotia is more than 42 miles from the ocean.

Despite being Canada’s second-smallest province in area, Nova Scotia is the country’s second-most densely populated. Together, New Brunswick, Prince Edward Island, and Nova Scotia form what is referred to as the Maritime provinces - a name that conveys the peninsula’s past and present ties to fishing, shipbuilding, and transatlantic shipping.

Unsurprisingly, Nova Scotia contains more than 3,000 lakes and many miles of rivers and streams. The province contains a rugged coastline peppered with pristine sandy beaches, wind-swept sea stacks, stunning inlets, and crystalline coves. The world-famous Bay of Fundy, which stretches along Nova Scotia’s west central coastline, contains the highest vertical tidal range in the world, the rarest whales in the world, and is celebrated as one of the few remaining natural wonders of the world.

Nova Scotia contains mostly low elevation mountain ranges and hills, all of which are tucked within the expansive Appalachian Mountains. In fact, the province’s highest point, White Hill, reaches just 1,752 feet in elevation. White Hill is located within the Cape Breton Highlands, one of Nova Scotia’s most cherished landscapes. Cape Breton, commonly referred to as just ‘the Highlands,’ is best-known for its lush, gently rolling hills and steep-walled river canyons.

Natural formations at Burntcoat Head, the site of the highest recorded tides in the world in Nova Scotia

Another notable mountain range in Nova Scotia, the Cobequid Mountains, stretch from Cape Chignecto to Pictou County. This set of summits is believed to have once been linked to northern Europe. The Cobequid Mountains include several 1,000-1,200-foot summits like Higgins Mountain, Nuttby Mountain, Dalhousie Mountain, and Mount Thom.

South Mountain, another well-known subrange of the Appalachians, is nestled on the mainland of Nova Scotia. South Mountain is a granitic ridge that stretches from the Annapolis Basin to Mount Uniacke. Together, South and North Mountain form the Annapolis Highland region of the province. The highest point along the ridge, however, is unnamed.

Known as one of Canada’s “most enchanting places,” Cape Breton Highlands National Park is best-known as a place where sheer cliffs and deep river canyons have been carved into a vast forested plateau. The first national park in the Atlantic provinces of Canada, Cape Breton covers an area of 366 square miles and contains a third of the Cabot Trail, a scenic highway that spans 185 miles of the northern tip of the island.

This rugged landscape contains a variety of unique ecosystems and dozens of rare and threatened species. The park also houses five main saltwater ocean beaches and two freshwater lakes. Arguably the best way to experience the park, however, is via one of its 26 hiking trails, which range anywhere from a gentle stroll to an arduous climb. The park’s most iconic trail is the Skyline Trail, a 2.75-mile loop that sits near French Mountain’s summit.

The Bay of Fundy stretches for 200 miles along Canada’s eastern coast, separating Nova Scotia from New Brunswick. An impressive 160 billion tons of seawater flow in and out of the bay daily. But aside from wanting to experience the highest tides in the world, visitors flock to the Bay of Fundy to explore incredible sea stacks and caves, kayak to nearby islands, go whale watching, or tackle one of the area’s jaw-dropping coastal hiking trails. One of the most iconic footpaths along the Bay of Fundy, the Cape Chignecto Coastal Loop, is a 33-mile adventure that takes hikers to three of the highest peaks in the province, as well as stunning vistas of surrounding valleys, coves, and coastline.

Kejimkujik National Park spans 156 square miles of the Nova Scotia peninsula and contains two separate land areas – the inland Kejimkujik National Historic Site of Canada and the Kejimkujik National Park Seaside on the Atlantic coast. The Historic site is best-known for its cultural value and forested upland plain, while the seaside portion of the park features beaches, coastal bogs, and intertidal areas. Hiking and paddling are two of the most popular activities at Kejimkujik. The park also contains four Mi'kmaq petroglyph sites, one of which can be visited by the public via a guided tour.

Halifax is the provincial capital of Nova Scotia and a major port in eastern Canada. Halifax is a vibrant city that was built around the waterfront. Today, the city’s Seaport Market, Maritime Museum of the Atlantic, festivals, and food vendors draw thousands of visitors each year. Halifax is teeming with history and charm; it even has a fortress tucked directly in downtown – Citadel Hill. Halifax also houses a variety of hotels, resorts, cottages, and quaint B&Bs, so you won’t have to look far for the ideal accommodations.

In 2019, Conde Nast Traveler named Cape Breton Island the #1 island in The Americas. Located on the north-eastern tip of Nova Scotia, Cape Breton contains miles of stunning coastline, exceptional scenery, and rich culture. Aside from its extraordinary beauty, Cape Breton is one of seven ancestral and unseeded territories of the Mi’kmaq People. There are 30 museums and four National Historic Sites that offer visitors an intimate look into the people and cultures that helped shape the island. Visitors can opt to roam through miles of old growth forest, tackle highland summits, or meander along breathtaking coastline. 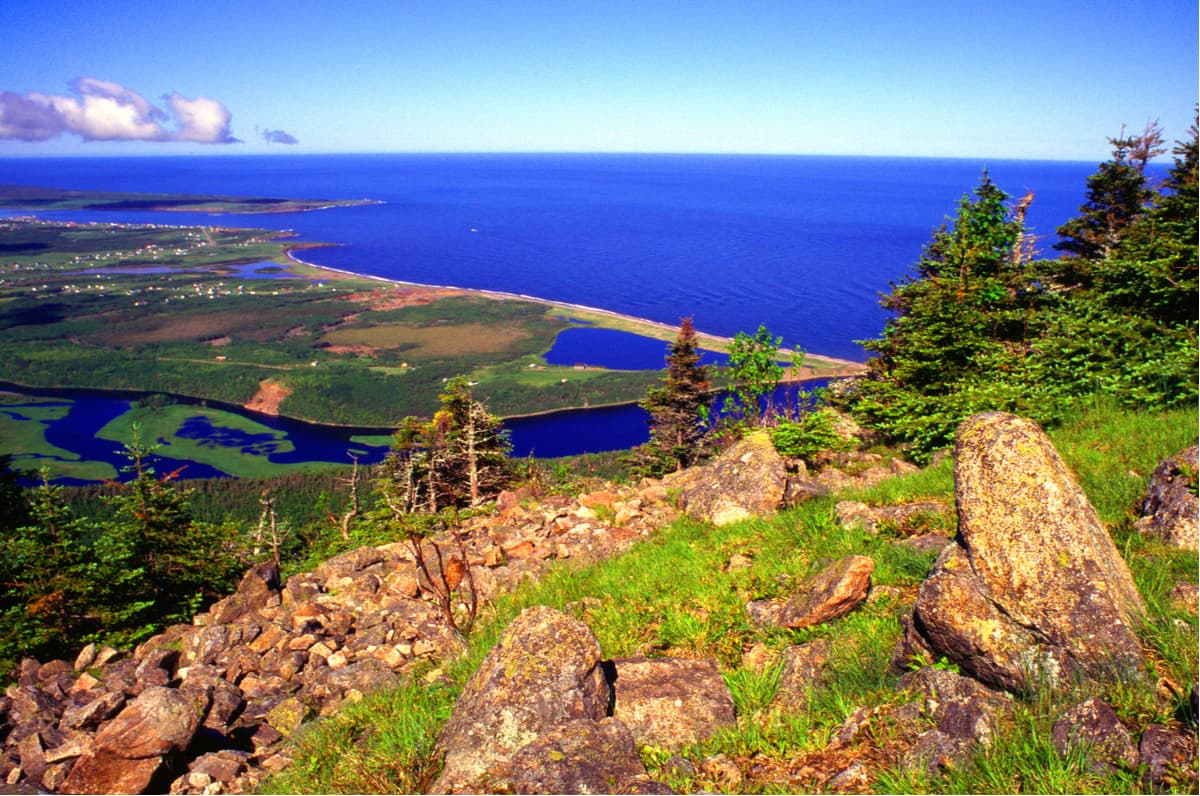 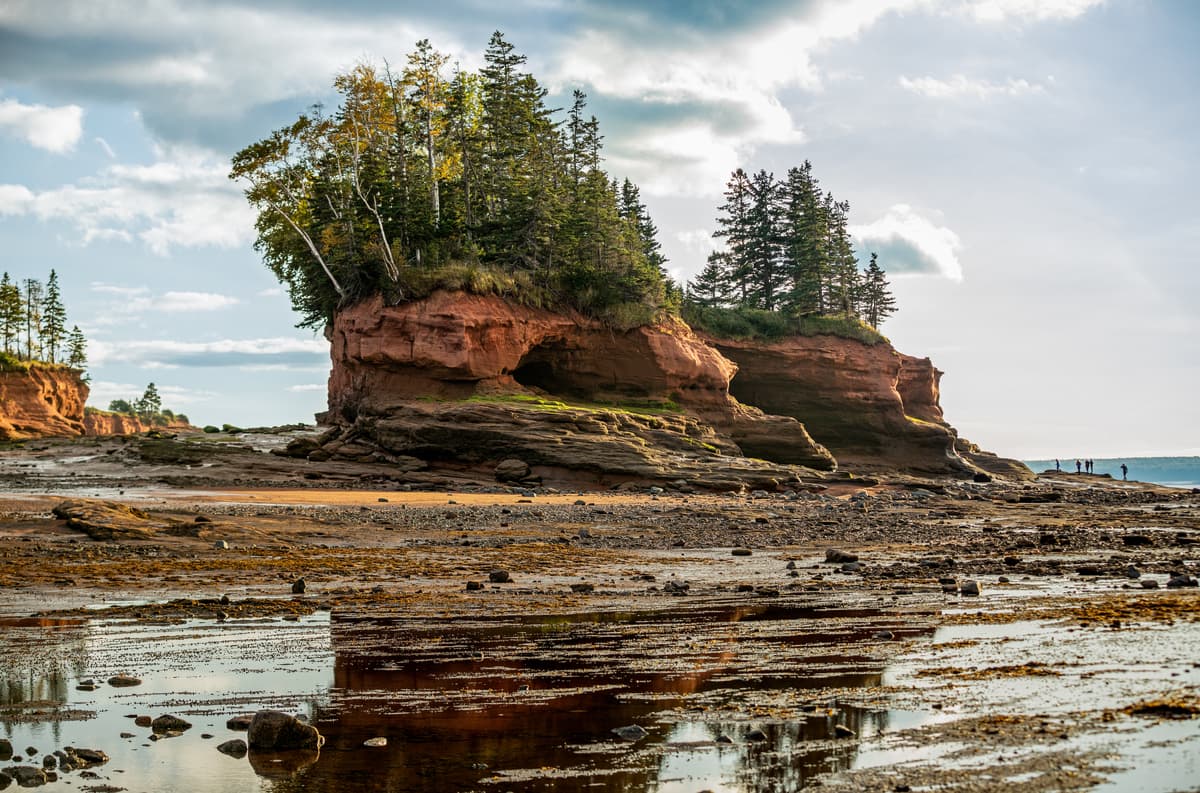 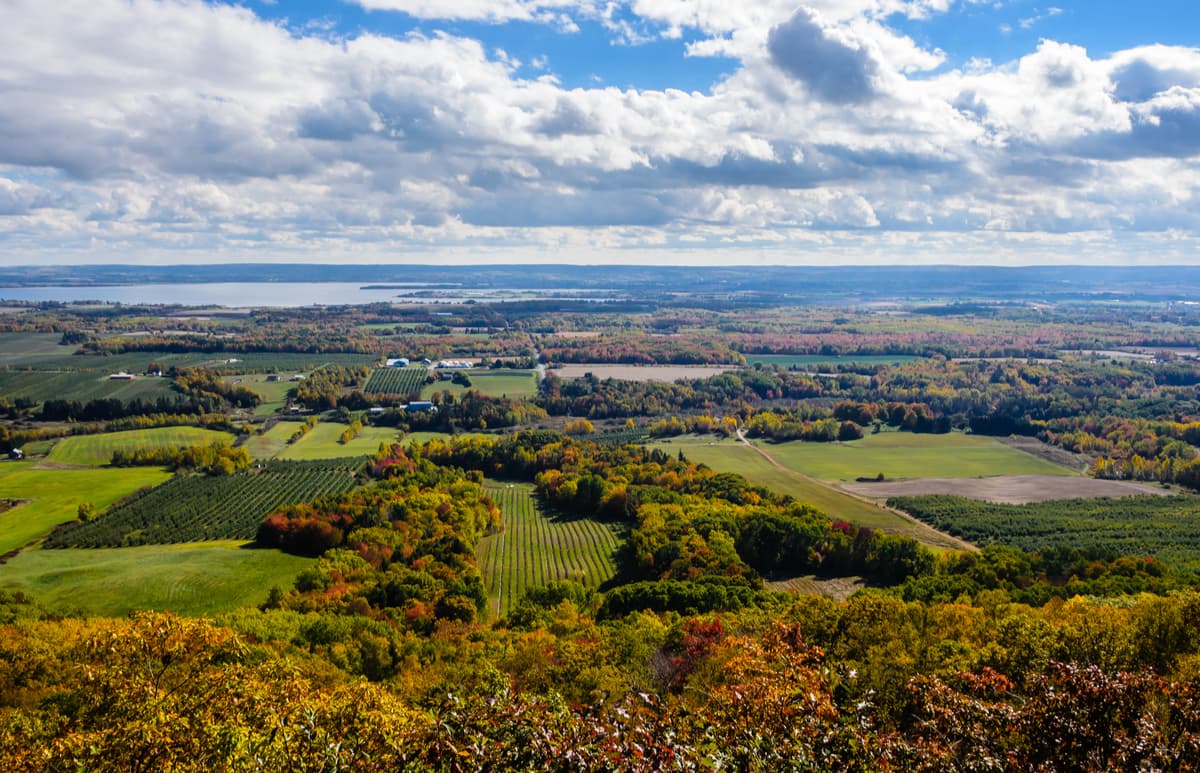 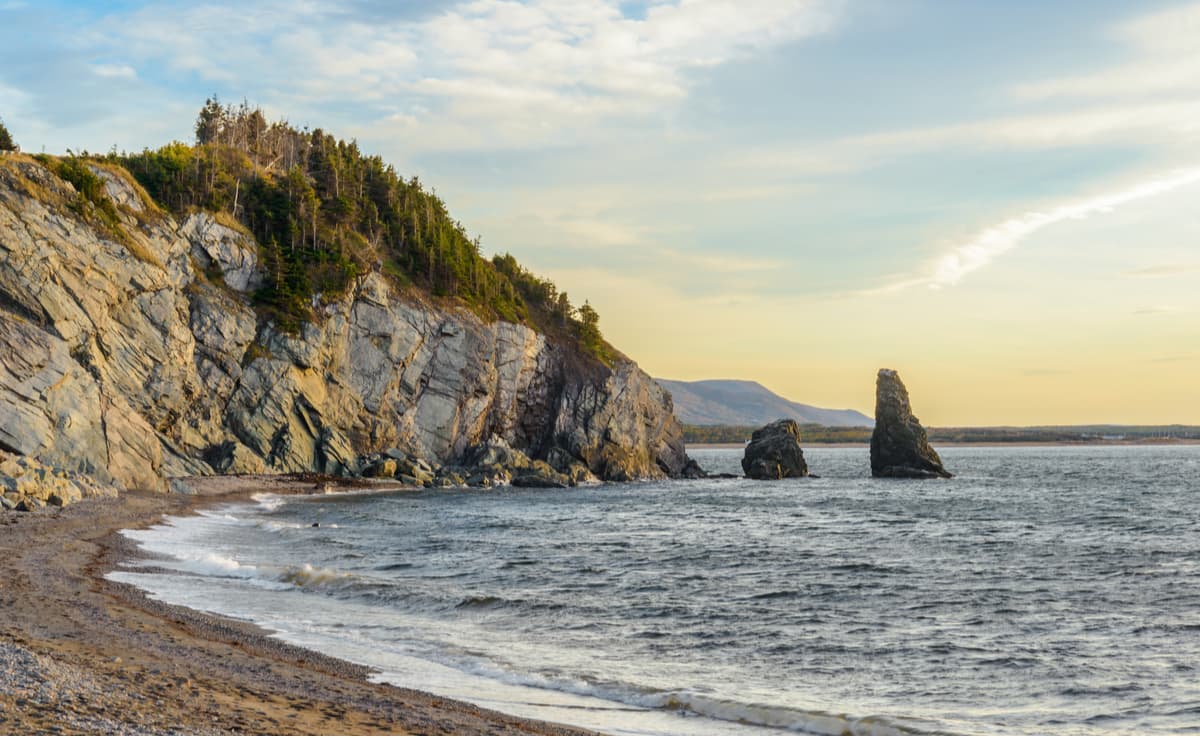 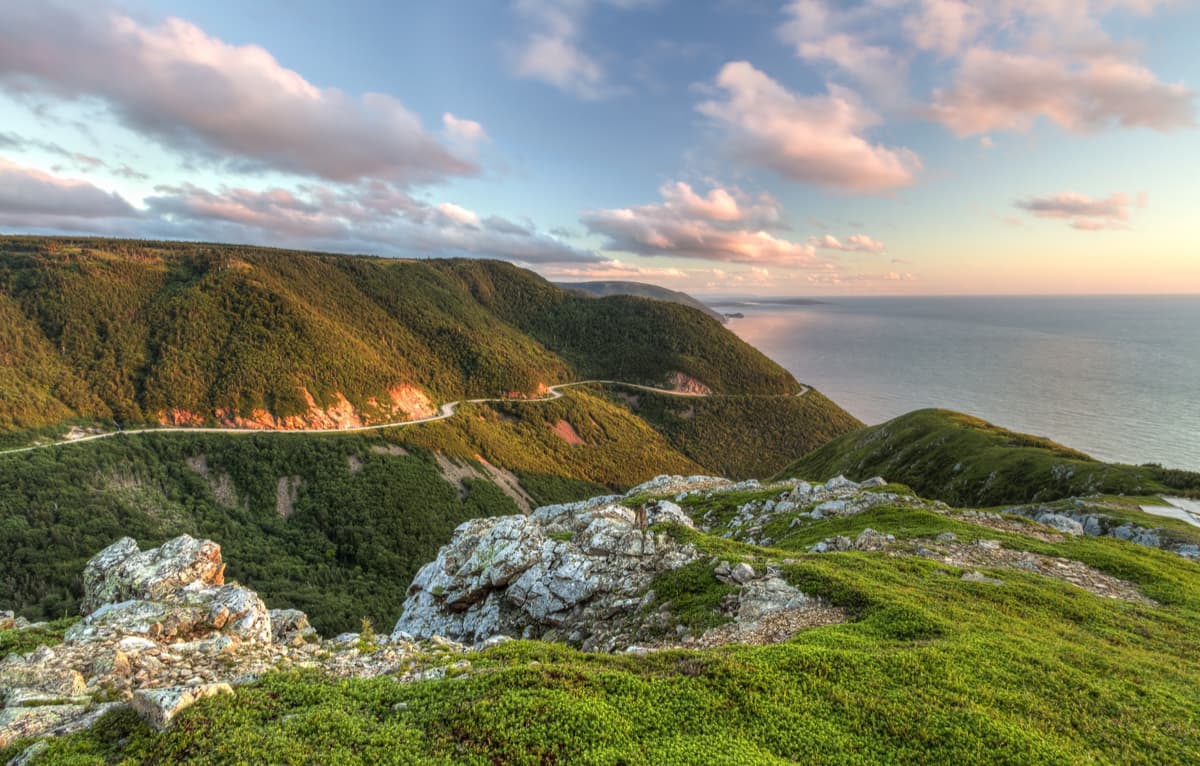 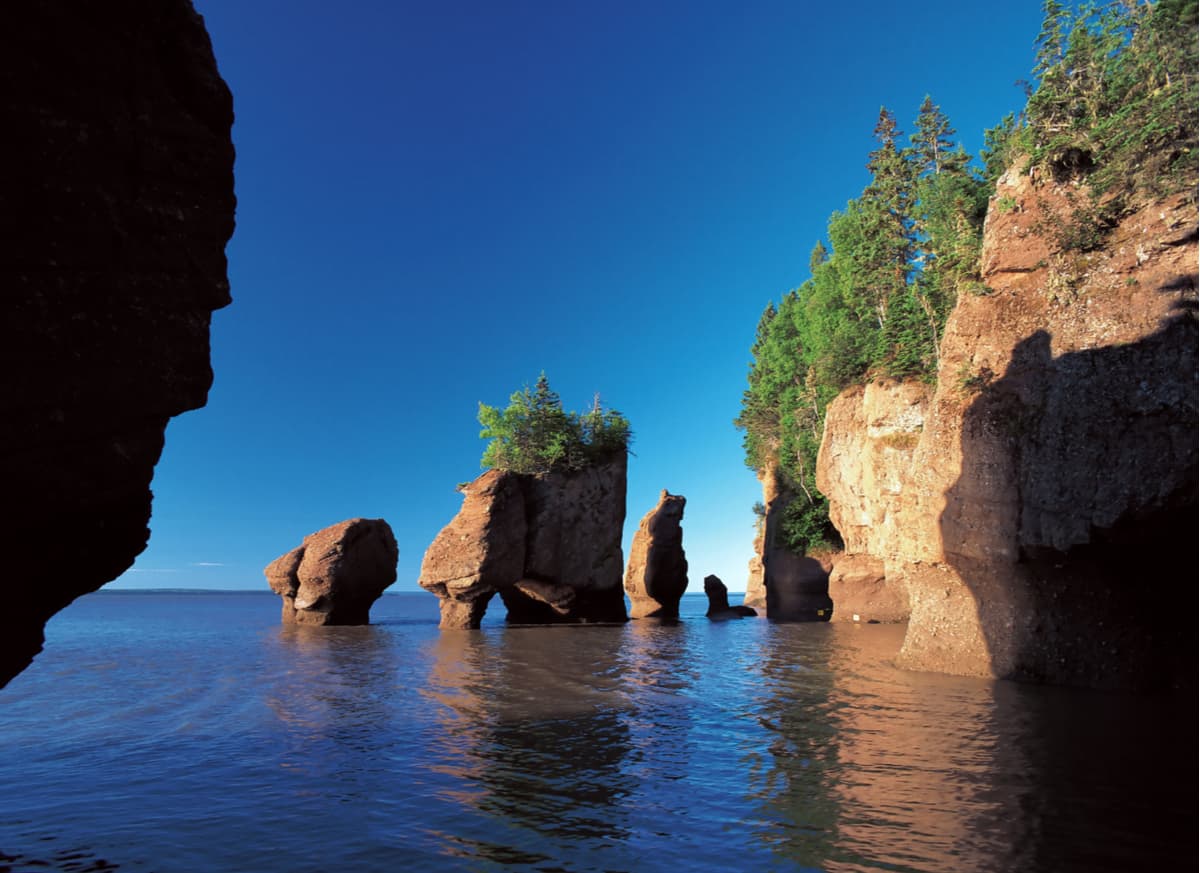 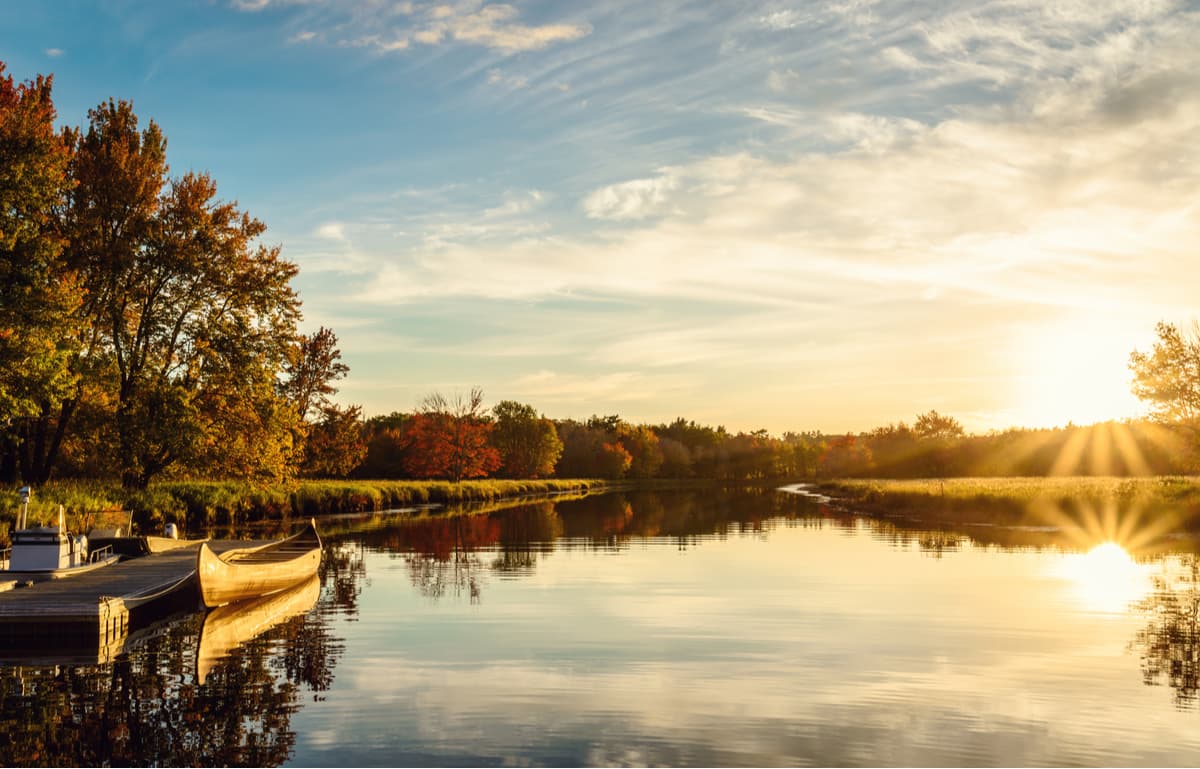