Known for their heavily forested terrain and rugged hiking trails, the Appalachian Mountains, also known as the Appalachians, are a system of mountain ranges that stretches some 1,500 miles (2,400 km) from the central part of the US state of Alabama to the province of Newfoundland and Labrador in Canada. 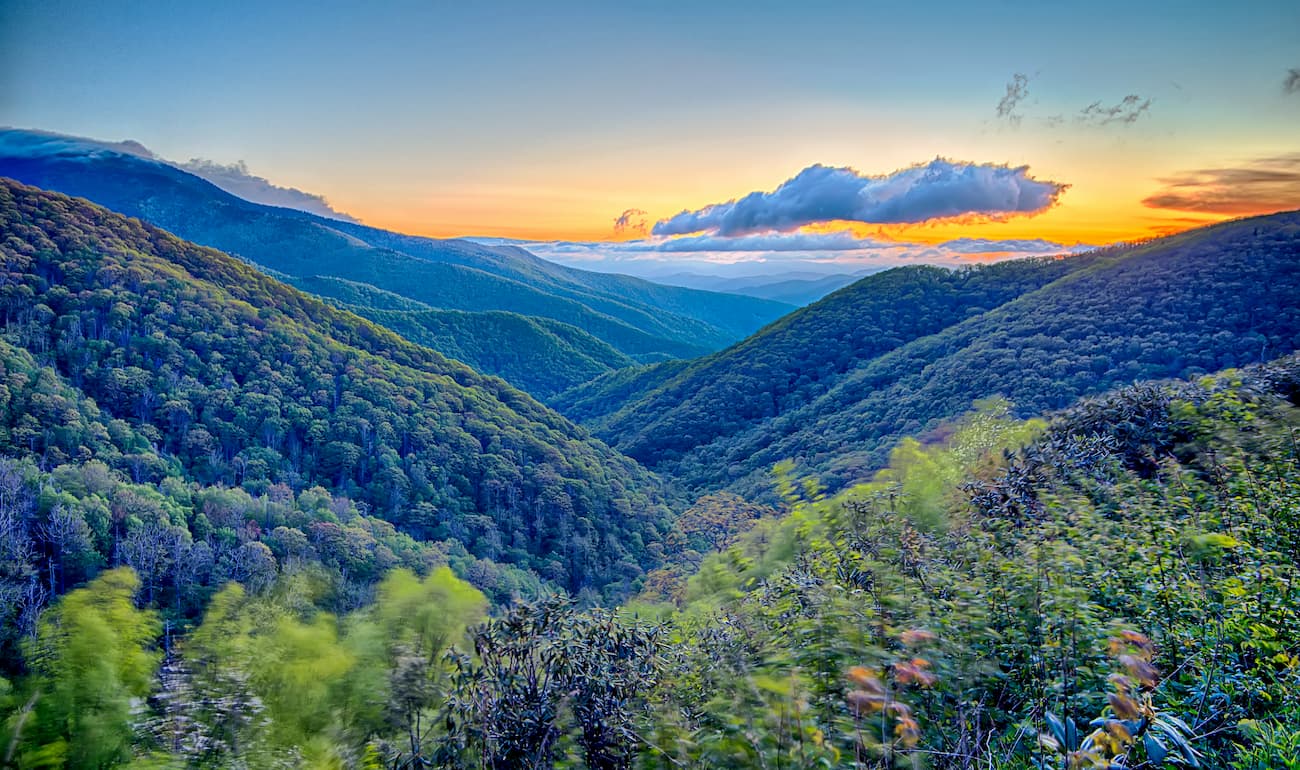 There are 37857 named peaks in the Appalachian Mountains, the highest and the most prominent mountain is Mount Mitchell.

Forming a natural barrier between the eastern Coastal Plain and the Interior Lowlands of North America, the Appalachians played a vital role in the development of the United States. In fact, for a century the Appalachians were a barrier to the westward expansion of the British colonies.

Although “Appalachia” is often used to refer to a distinct cultural region that stretches from southern New York, though Pennsylvania, West Virginia, Maryland, Virginia, Ohio, Kentucky, North Carolina, South Carolina, Georgia, Tennessee, Alabama, and into Mississippi, it has a different definition in a geological context as a mountain range.

Geologically, the range is included as part of at least 16 states, which include all the previously mentioned states, plus Connecticut, Massachusetts, Vermont, New Hampshire, and Maine.

While the geologic definition of the Appalachian Mountains does not technically include the peaks in Mississippi, it does include some of the mountains within the Canadian provinces of Quebec, New Brunswick, Nova Scotia, and Newfoundland and Labrador. Additionally, the Canadian Appalachians are often thought of as a distinct system of ranges, though this is more of a geopolitical distinction than a geological one.

The Appalachians can be divided into three large physiographic regions: northern, central, and southern.

In the northern part of the system, there are a number of subranges, which include:

Meanwhile, the central part of the Appalachian Mountains system includes everything from the Hudson Valley of New York to the New River which runs through Virginia and West Virginia. This includes:

The southernmost part of the Appalachian Mountains includes everything south of the New River. This ecompasses:

The easternmost part of the Appalachians, known as the Appalachian Ridges can also be considered a distinct geographical region. These ridges include Reading Prong and the Kittatinny Mountains.

Within the Appalachian Mountains, there are dozens of national parks, state parks, provincial parks, and national forests.

In the northern part of the system, these protected areas include:

The central part of the Appalachians is home to a number of important protected areas, including:

The Appalachian Mountains are considered an ancient range, even by geologic standards. They began to form some 480 million years ago during the Taconic orogeny. During this point, the ancient Iapetus oceanic plate began to subduct below the ancient North American plate, starting a period mountain building that set the stage for the basis of the mountain that we see today.

However, erosion kept pace with the mountain building events that occurred during this time, wearing down peaks that were once potentially as high as the Alps and Himalaya down to a fraction of their original height.

Over the succeeding 250 million years, the region experienced a series of subsequent mountain building events, including the Alleghenian, Hercynian, Ouachita, Acadian, and Caledonia orogenies.

The northernmost parts of the range were extensively glaciated during the Pleistocene, as evidenced by their rounded summits.

These days, the Appalachian Mountains, particularly in the southern and central regions, are known for their coal deposits. Bituminous coal has been mined in the Appalachians for centuries, as has oil and gas.

The Appalachians are known for being incredibly biodiverse, particularly by North American standards.

In the southern and central parts of the range, the region is mostly part of the Appalachian-Blue Ridge forests ecoregion, which covers some 61,500 square miles (159,000 sq. km) in the eastern United States.

This region is among the world’s most biodiverse temperate deciduous forests, with a high number of endemic species. It is often compared to the forests of central China, the Caucasus Mountains, and Japan in terms of biodiversity.

Within the area, there are hundreds of tree species, though the landscape is mostly dominated by deciduous oak at lower elevations and spruce-fir forests above 4,400ft (1,350m).

The northern reaches of the Appalachian Mountains (excluding Newfoundland and the Gaspésie in Quebec) are included as part of the New England/Acadian forests ecoregion. It is dominated by a mix of northern hardwood forests, wetlands, coniferous forests (particularly at higher elevations and latitudes), and alpine communities above 4,265ft (1,300ft).

In western Newfoundland, the region is part of the Newfoundland Highland forests ecoregion, which is a subsection of the taiga (boreal forest) that covers much of northern Canada and Alaska, as well as other high latitudes in the northern hemisphere, such as Finland, Norway, Sweden, Russia, Mongolia, Iceland, and parts of Scotland.

Finally, the Gaspésie and the rest of Newfoundland that’s not part of the highlands forest is included as part of the Eastern Canadian forests ecoregion. This ecoregion is dominated by balsam fir, black spruce, white spruce, and paper birch forests.

Wildlife throughout the Appalachian Mountains includes an array of medium and large-size mammals, such as coyotes, foxes, deer, and even black bears, as well as a great diversity of bird life. In the northernmost parts of the Appalachians, snowshoe hares, grey wolves, Canada lynx, moose, caribou, and northern bird species, such as eider ducks are more prevalent.

The Appalachians cover a wide region that has been home to humans for thousands of years. Countless groups called the mountains home, long before the arrival of European settlers.

Interestingly, perhaps the earliest European settlement in the Appalachian Mountains was around 1000 CE, when Vikings settled briefly at L’Anse aux Meadows in northern Newfoundland. Although this settlement was somewhat short lived, it perhaps had some historical connection to the tales told in some of the Icelandic sagas.

Some centuries later, the establishment of various European colonies throughout eastern North America set the stage for the later settlement of the Appalachians in the 18th century. While much of the early European settlement of the continent focused on the more coastal areas, as the region became more heavily populated, many immigrated to Appalachia, though the more mountainous areas are still somewhat sparsely populated today.

Much of the region’s economy was, and still is, tied to agriculture and mining, particularly coal, oil, and natural gas extraction. Logging was also an especially important industry in the northern parts of the range.

The region in and around Appalachia has seen a larger surge in tourism with the establishment of many popular outdoor recreation areas, such as national forests and national parks. Places within the Appalachians, such as the White Mountains in New Hampshire, have long been a popular tourist destination for visitors from major metropolitan areas, like Boston.

The establishment of the Appalachian Trail, which runs much of the length of the US part of the range from Springer Mountain, Georgia to Mount Katahdin, Maine, in the late 1930s has also helped to drive recreation in the region. There is also an International Appalachian Trail (French: Sentier International des Appalaches), which is an extension on the US Appalachian Trail that runs through New Brunswick, Quebec, and Newfoundland.

The Appalachian Mountains offer a lifetime’s worth of adventure for anyone looking to enjoy themselves outside. There are thousands of miles of hiking trails in the range, but here are some of the most popular options to choose from:

Located along a prominent ridge, this hike boasts views of picturesque Pennsylvania farmland. The Pinnacle is the highest local point in the region and is said to offer the best views in Pennsylvania.

Located in the Roanoke Valley of Virginia, McAfee Knob is known to be one of the most photographed spots along the Appalachian Trail. This iconic protruding ledge is found atop Catawba Mountain at 2,313 feet.

Considered a part of the ‘Triple Crown’ of Virginia hiking, along with McAfee Knob and Tinker Cliffs, Dragon’s Tooth sits atop Cove Mountain. The mountain itself is home to various rock formations, but Dragon’s Tooth is an incredible 35-foot spire that towers above the surrounding rock.

Located at elevation 4,816 feet, Mount Moosilauke is located at the southwestern end of the White Mountains. The highlight of hiking Mount Moosilauke is its 360-degree views of the surrounding New England landscape. From the treeless summit, hikers will appreciate views of the Presidential Range, Franconia Ridge, the rest of the White Mountains, portions of the Green Mountains, and the Adirondacks.

Killington Peak is the second highest summit in the Green Mountains and is a popular hiking area and ski area. A gondola transports skiers and other non-hikers to the Killington Ski Resort, nicknamed “the beast of the east,” that sits on the mountain. A portion of the Appalachian Trail also crosses Killington Peak.

Located in the Blue Ridge Mountains, Springer Mountain sits at 3,776 feet and serves as the southern terminus for the Appalachian Trail. There are several trails leading to the top of Springer Mountain offering various lengths and difficulties. Springer Mountain is considered one of Georgia’s most popular hiking destinations.

The highest mountain in the state of Maine, Mt. Katahdin is the beginning of the Appalachian Trail for southbound hikers. Mt. Katahdin is a mile above sea level and requires some boulder scrambling to reach the top.

The most intimidating feature of Katahdin is the Knife Edge, a notorious jagged arete that is only a few feet wide, providing a memorable trek from South Peak to Pamola Peak.

Home to the highest mountains in the northeast, the Presidential Range is a subrange of the White Mountains. Ambitious hikers generally hike the range from north to south starting with Mount Madison and continuing on to Mount Adams, Mount Jefferson, Mount Clay, Mount Washington, Mount Monroe, Mount Franklin, Mount Eisenhower, Mount Pierce, and Mount Jackson.

A quintessential Vermont ski town, Stowe is often referred to as “Vermont in its purest form.” Stowe is a small town nestled at the foot of Mount Mansfield, the highest peak in Vermont. Stowe Mountain Resort is an internationally renowned four-season resort and destination for travelers looking to ski, snowboard, rock climb, hike, or backpack.

The ultimate luxury mountain getaway, Primland is a world-renowned, eco-friendly resort tucked within Virginia’s Blue Mountains. Their aim is to minimize the impact on nature and allow guests to spend their days hiking and exploring the surrounding landscape. It’s been featured on “Worlds Best” lists for several consecutive years.

Damascus offers immediate access to high-profile hiking trails like the Appalachian Trail and the Virginia Creeper Trail, as well as nearby Mount Rogers Recreation Area. Every May, a three-day festival, Trail Days, comes to the city of Damascus to celebrate hiking and the outdoors with workshops, art, and live music.

Within close proximity of the Blue Ridge Parkway, Charlottesville is a great destination for adventurers and travelers looking to spend time in Shenandoah National Park and is known for its historical hike meetups and outdoor recreation opportunities.

Sitting at the foothills of the Appalachian Mountains, Chattanooga’s location on the Cumberland Plateau makes it a top destination for hikers and climbers from around the globe. Chattanooga is surrounded by mountains and ridges, earning it the nickname “Scenic City.” 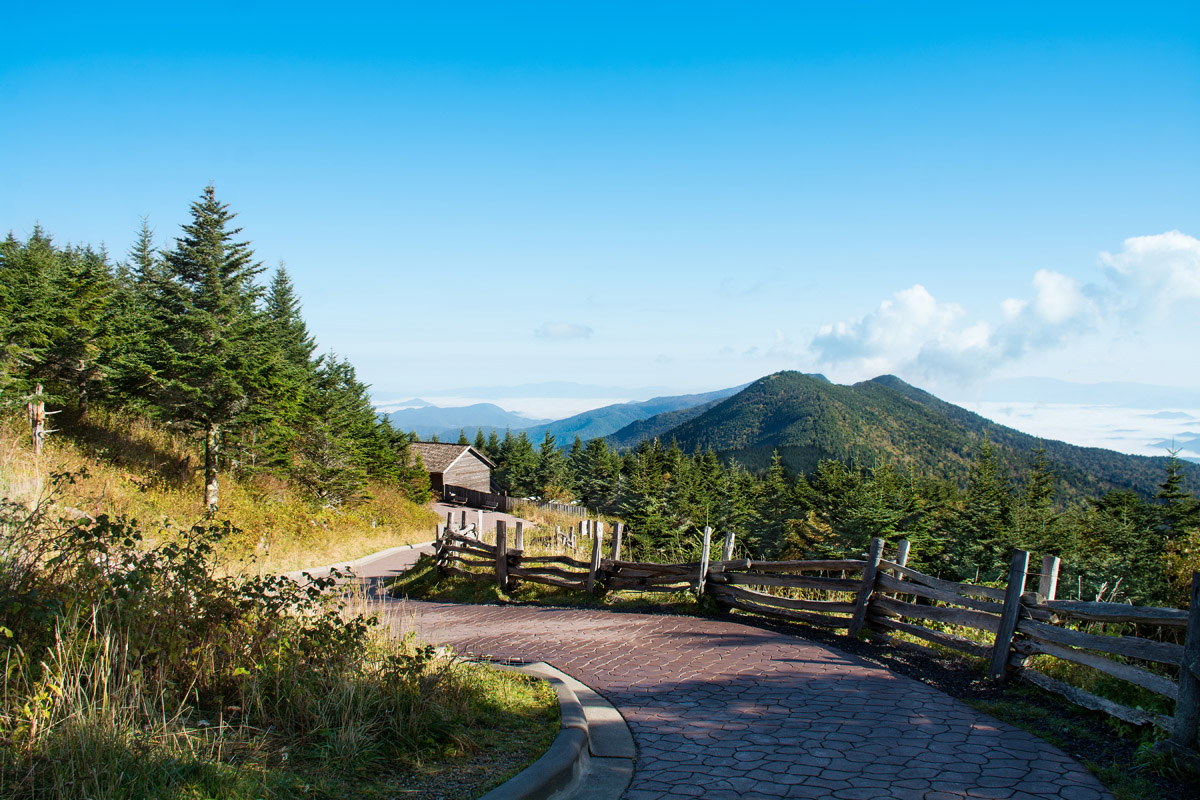 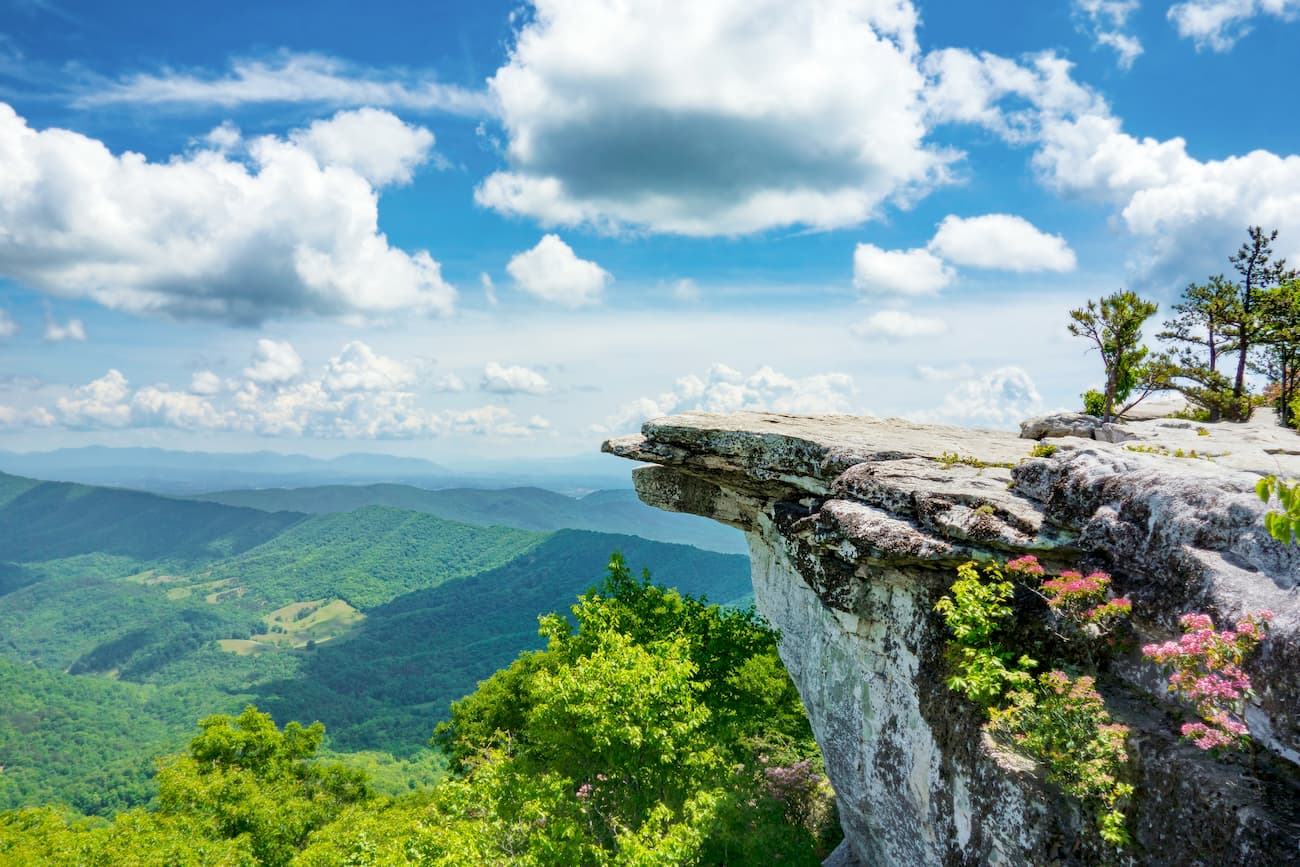 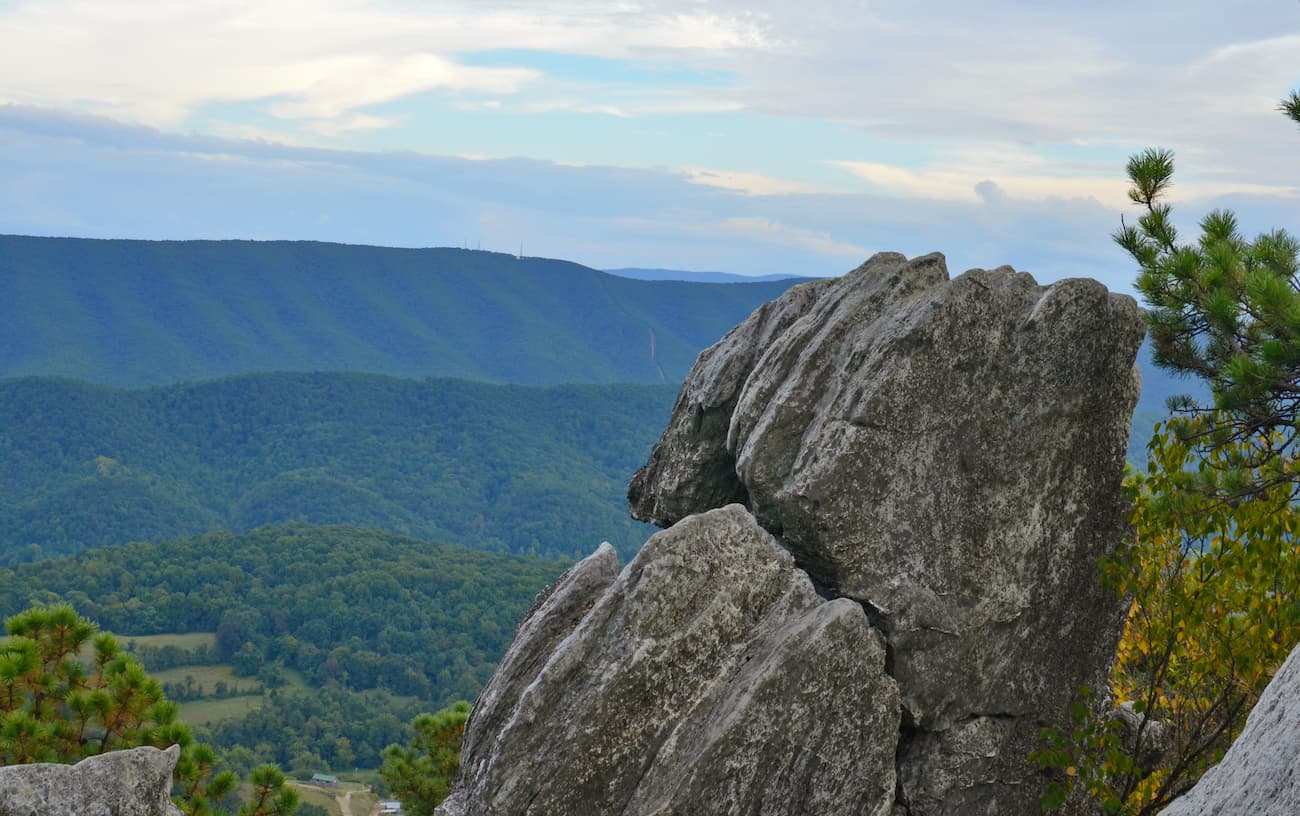 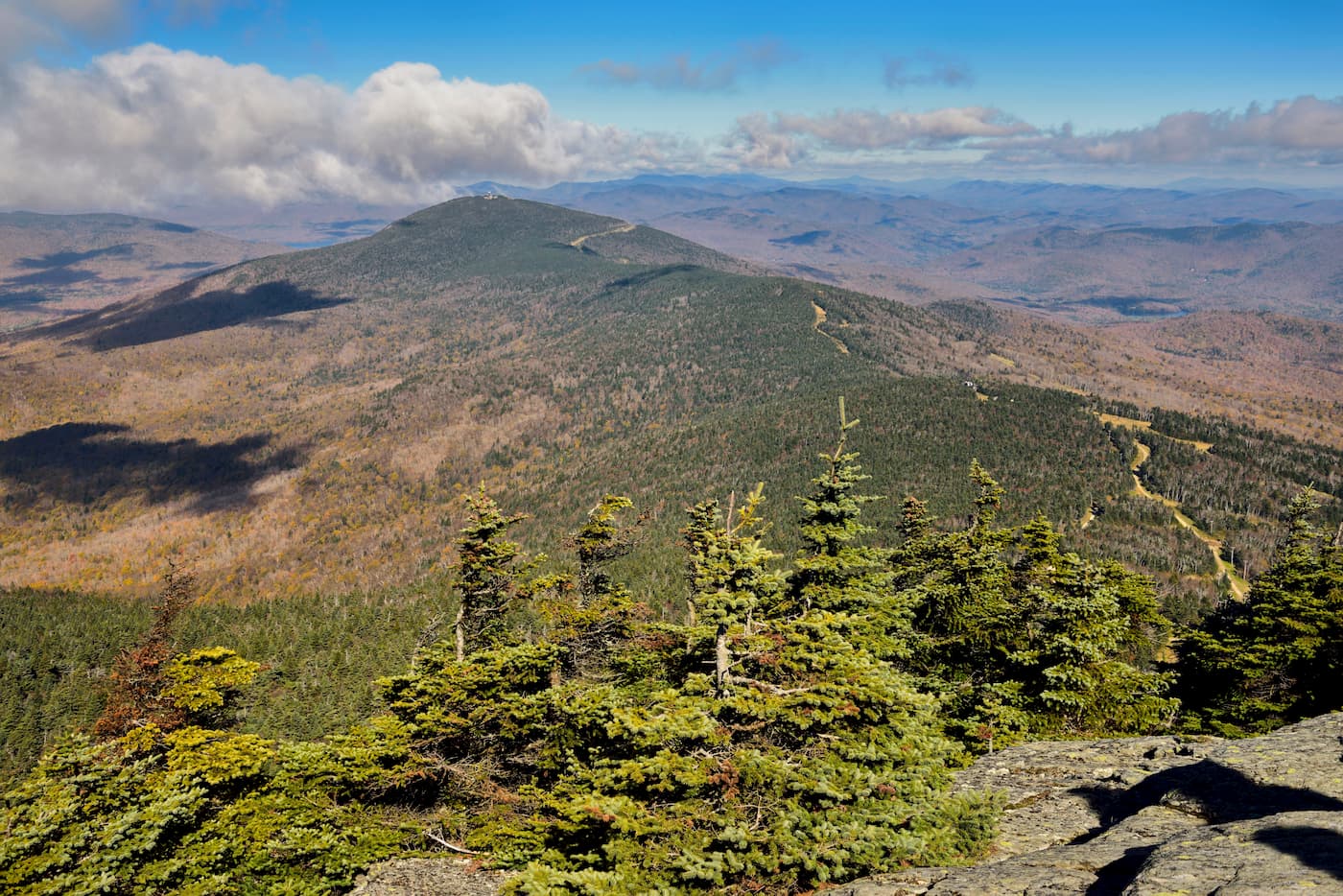