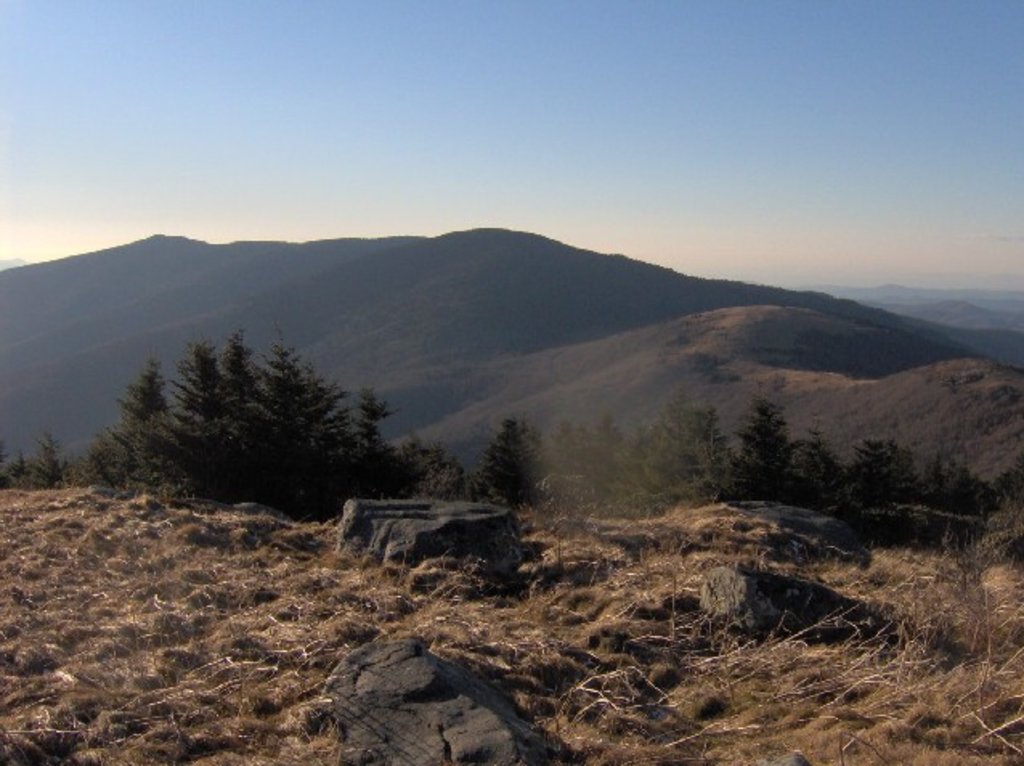 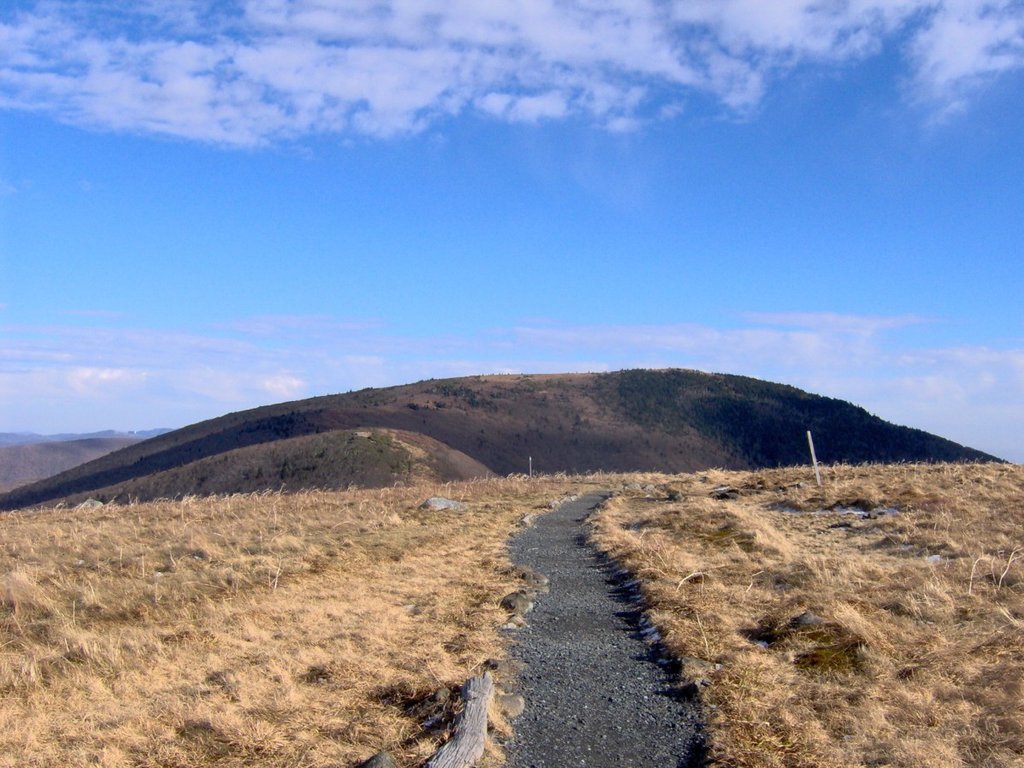 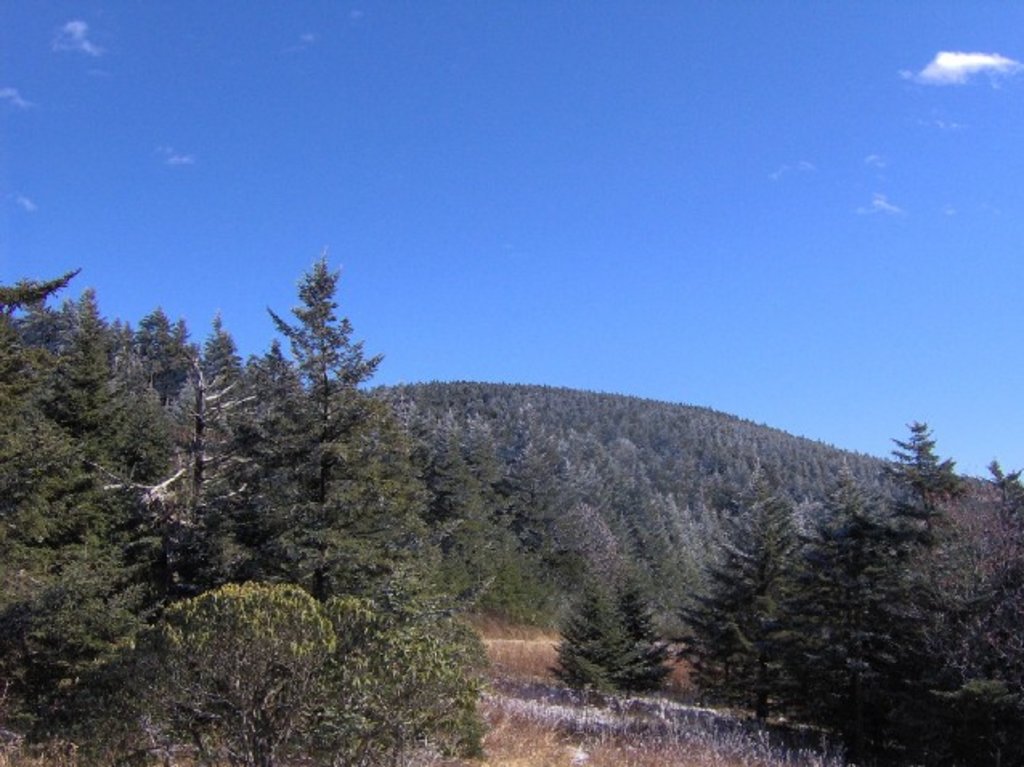 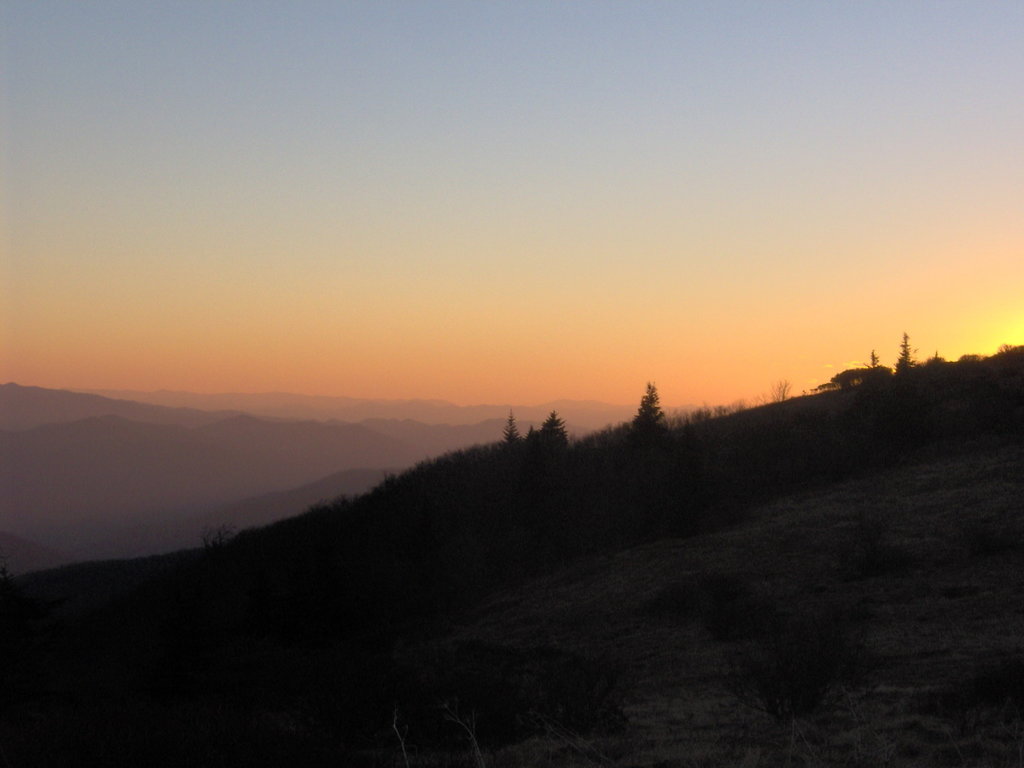 2 icons
Add button
1 916 m
Elevation
Elevation is the altitude of a place
above sea level.

1 073 m
Prominence
Peak’s prominence is the least
vertical to be covered to get from the
summit to any other higher terrain.

Roan Mountain is the highpoint of the Roan-Unaka Range of the Southern Appalachian Mountains, located in the Southeastern United States. The mountain is clad in a dense stand of Southern Appalachian spruce-fir forest, and includes the world's largest natural rhododendron garden, and the longest stretch of grassy bald in the Appalachian range. The Cherokee National Forest and Pisgah National Forest converge atop the mountain, with Roan Mountain State Park located near its northern base. The Appalachian Trail crosses most of the Roan's crest. The Roan High Knob Shelter is the highest backcountry shelter on the entire 2,174-mile (3,499 km) trail.

Roan Mountain comprises the greater part of the Roan Highlands, a 20-mile (32 km) massif stretching from Big Rock Creek in the west to U.S. Route 19 in the east. Most of this massif lies along the Tennessee-North Carolina border, between Carter County and Mitchell County. Yellow Mountain and Hump Mountain, on the northern tip of the massif, are part of the Roan Highlands but are generally not considered part of Roan Mountain proper.

Roan Mountain contains five mountain peaks, and is roughly divided into two sections by Carver's Gap. The first section — composed of Roan High Bluff and Roan High Knob — lies west of Carver's Gap and is characterized by a thick coniferous forest. This part of Roan is shaped something like the body of a double-humped camel, with the "humps" being High Bluff and High Knob. Tollhouse Gap lies between the two peaks, and contains the Rhododendron Gardens, the largest of its kind in the world.

The second section of Roan Mountain — known as Grassy Ridge — is east of Carver's Gap, and is the longest stretch (appx. 7 miles) of grassy bald in the Appalachian Mountains. A grassy bald is a type of highland meadow characterized by thick grass and sparse tree coverage. The three peaks atop Grassy Ridge are Round Bald, Jane Bald, and Grassy Ridge Bald. The bald area spans the summits of all three, covering an area roughly equal to 1,000 acres (4.0 km2).