A magical land of stunning hardwood forests, cascading waterfalls, rugged peaks, and popular hiking trails, Pisgah National Forest is a federally managed area in the US state of North Carolina. The forest contains 381 named mountains, the highest of which is Balsam Cone (6,578ft/2,005m), and the most prominent of which is Roan High Knob (6,283ft/1,915m). 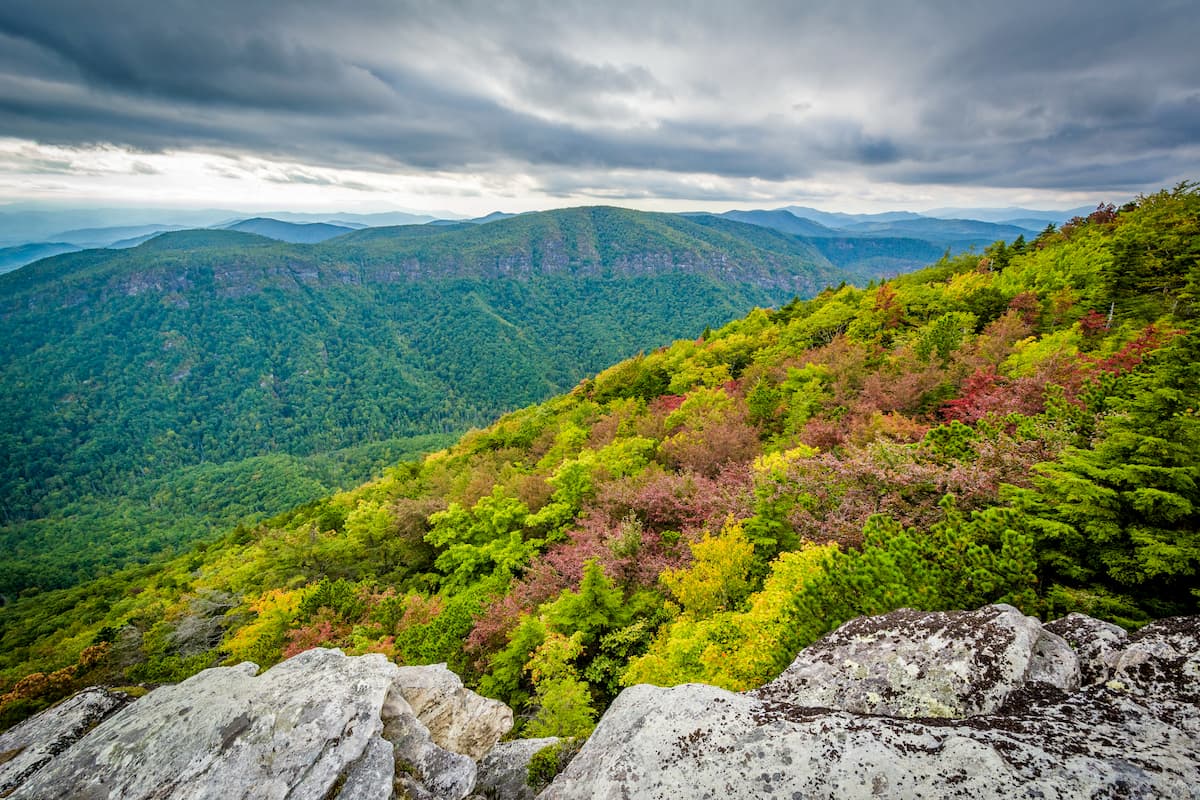 The forest is located within parts of 12 counties, including Watauga, Transylvania, Henderson, McDowell, Mitchell, Haywood, Avery, Madison, Buncombe, Caldwell, Yancey, and Burke. It covers an area of 512,758 acres (207,505 ha), which makes it the second largest of North Carolina’s 4 forests, trailing closely behind Nantahala but far exceeding the size of both Uwharrie National Forest and Croatan National Forest combined.

Pisgah National Forest is situated in a highly mountainous part of North Carolina. It is surrounded by other major areas of public lands, both within North Carolina and in the neighboring states of Virginia, Tennessee, South Carolina, and Georgia.

The forest also completely surrounds Mount Mitchell State Park, which is home to Mount Mitchell, the highest and most prominent peak in the Appalachian Mountains.

The peaks within Pisgah National Forest are mostly part of the Blue Ridge Mountains, which are a subrange of the greater Appalachian Mountains system. Within the forest there are also a number of subranges, including:

For the most part, these mountain ranges share a similar geologic history. Indeed, the majority of the forest is comprised of metamorphic and metasedimentary rocks that date back as far as the Precambrian, though much of the region’s bedrock is Proterozoic in age.

Pisgah National Forest and its neighbor, Great Smoky Mountains National Park, are home to some of the tallest peaks in the state. Indeed, there are 21 named high points in the forest that are over 6,000 feet (1,828m) in elevation. These mountains are actually among the oldest in North America, having formed during the Grenville and Alleghenian orogenies some 1.1 billion to 250 million years ago.

Within the forest, here are 11 distinct ecological zones. At the low and mid elevations, there are floodplains as well as large areas of shortleaf pine-oak heath, oak-hickory forests, and other low-elevation hardwood woodlands.

Meanwhile, the highest elevation locales in the forest are home to spruce-fir woodlands. These woodlands, which only exist above about 5,500 feet (1,676m), are predominately fraser fir and red spruce.

As far as wildlife goes, Pisgah National Forest is a veritable treasure trove of fauna. The forest is home to a number of species, including blakc bears, bobcats, white-tailed deer, coyotes, and beavers. Additionally, the forest’s waterways contain a number of different fish species, including the brook trout, the brown trout, and the rainbow truth, though only the brook trout is native to the region.

Human inhabitation of the land that is now Pisgah National Forest dates back tens of thousands of years. Countless Indigenous peoples have called the region home over the millennia. The region is considered the ancestral homelands of the Cherokee, many of whom were forcibly removed from their traditional territory in the 18th and 19th centuries.

Hernando de Soto of Spain was likely the first European to visit the region during his 1541 expedition, though widespread European settlement and occupation of the area didn’t really start until the late 18th century.

After the French and Indian War, settlers of European descent began to immigrate to the western part of modern-day North Carolina, setting up homesteads and farms. Western North Carolina, northern Georgia, and the surrounding region saw a flurry of activity, including various logging and mining operations during the 19th century.

Mining interests in the area during this time eventually led to the passage of the 1830 Indian Removal Act, which saw the removal of tens of thousands of Indigenous peoples from their homelands in the southeastern US and their forced relocation to points west, particularly in Oklahoma.

The Cradle Of US Forestry

Pisgah National Forest is often referred to as the cradle of US forestry because of its long history of consistent efforts to manage and improve the landscape.

These concerted conservation-focused forestry efforts got their start in 1888, when George Vanderbilt bought a large parcel of land near Asheville and converted it into a country estate with a 255 room mansion known as Biltmore House. He continued to expand his estate over the next decade, accumulating hundreds of thousands of acres of land.

By 1891, Vanderbilt had understood the scale of his undertaking and he hired Gifford Pinchot to manage the forest. Pinchot would later go on to become the first head of the US Forest Service when it was created in 1905 and, eventually, the governor of Pennsylvania.

After Pinchot was named the chief of the US Division of Forestry, Vanderbilt hired Carl Alwin Schenck to be his successor. Schenck eventually established the Biltmore Forest School, which was the first ever school of forestry in the country.

The next most instrumental piece of legislation in North Carolina’s forestry history was the passage of the Weeks Act in 1911, which gave the US government permission to buy parcels of mismanaged forest so that it could be better protected and managed by the US Forest Service.

After George Vanderbilt died in 1914, his wife, Edith, sold his forest to the US Government for $5 an acre. These forests later became Pisgah National Forest after it was formally designated in 1916.

Throughout the 20th century, Pisgah National Forest saw a number of changes, including the addition of the Shining Rock Wilderness and the Middle Prong Wilderness under the 1984 North Carolina Wilderness Act.

These days, Pisgah is managed in conjunction with North Carolina’s other forests - Nantahala, Uwharrie, and Croatan - and it is a major center for outdoor recreation in the state.

Pisgah National Forest is a hiker’s paradise, with hundreds of miles of maintained trails and countless opportunities for adventure. Here are some of the best places to check out while you’re visiting the forest.

The Linville Gorge Wilderness is, as the name suggests, situated around the gorge of the Linville River. It is located in the northeastern part of the forest and it contains 9 named mountains, the highest of which is Gingercake Mountain, and the most prominent of which is Table Rock Mountain.

Featuring impossibly steep cliffs, rugged forests, and stunning views, Linville Gorge is very popular amongst hikers, though the trails are particularly challenging due to the difficulties of the terrain.

It’s also important to note that free camping permits are required during the weekends and holidays from May through October in the wilderness. Permits are available on a first-come, first-serve basis and advance reservations are highly recommended.

The Middle Prong Wilderness is located in the southern region of Pisgah National Forest, near the forest’s boundary with the Nantahala National Forest. It contains 9 named mountains, the highest and most prominent of which is Richland Balsam.

In fact, the Middle Prong Wilderness is situated around the large collection of ridges located to the southeast of Richland Balsam. These ridges are known for their grass-heath summits, which are called ‘balds,’ such as Wolf Bald.

Most of the trails in the Middle Prong Wilderness are quite difficult, as portions of some strenuous long-distance trails, such as the Mountains-to-Sea Route and the Green Mountain Trail pass through the region. Other popular trails include the Haywood Gap Trail and the Buckeye Gap Trail.

Situated just to the north of the Middle Prong Wilderness, the Shining Rock Wilderness is the largest wilderness area that’s wholly contained within North Carolina. The wilderness contains 12 named mountains, the highest of which is Tennent Mountain, and the most prominent of which is Cold Mountain.

Shining Rock Wilderness is famous for its shiny mica-filled rocky outcroppings. It is a rocky, rugged landscape, with large ridges and steep river banks. Nearly all of the region’s trails are considered to be quite difficult, including the Art Loeb, Shining Creek, and Ivester Gap trails.

Situated in the northeastern part of Pisgah National Forest, the Wilson Creek Wild and Scenic River Area boasts excellent views, plentiful waterfalls, and fantastic hiking opportunities. Although the river is best known for its whitewater paddling, the region is home to an abundance of trails which make for a great outing in Pisgah National Forest.

Some of the trails in the Wilson Creek Wild and Scenic River Area include the Greentown Trail, the Lost Cove Trail, the Steels Creek Trail, the Yellow Buck Trail, and the Wilson Ridge Trail.

Here are some of the best places to stay before or after your visit to Pisgah National Forest:

Asheville is a city of about 90,000 residents that’s located in the heart of the Pisgah National Forest. The city is a popular destination for outdoor recreationalists, thanks to its proximity to large tracts of public land, such as Pisgah, Nantahala, and Cherokee National Forests, as well as Great Smoky Mountains National Park.

You can get to Asheville by road or you can access the city by air through its bustling regional airport.

The city of Knoxville is located to the west of the Pisgah National Forest in the state of Tennessee. It is home to around 187,000 residents, which makes it the third largest city in the state. Knoxville has a large airport with regular service to major cities around the country and it is easily accessible along I-75. 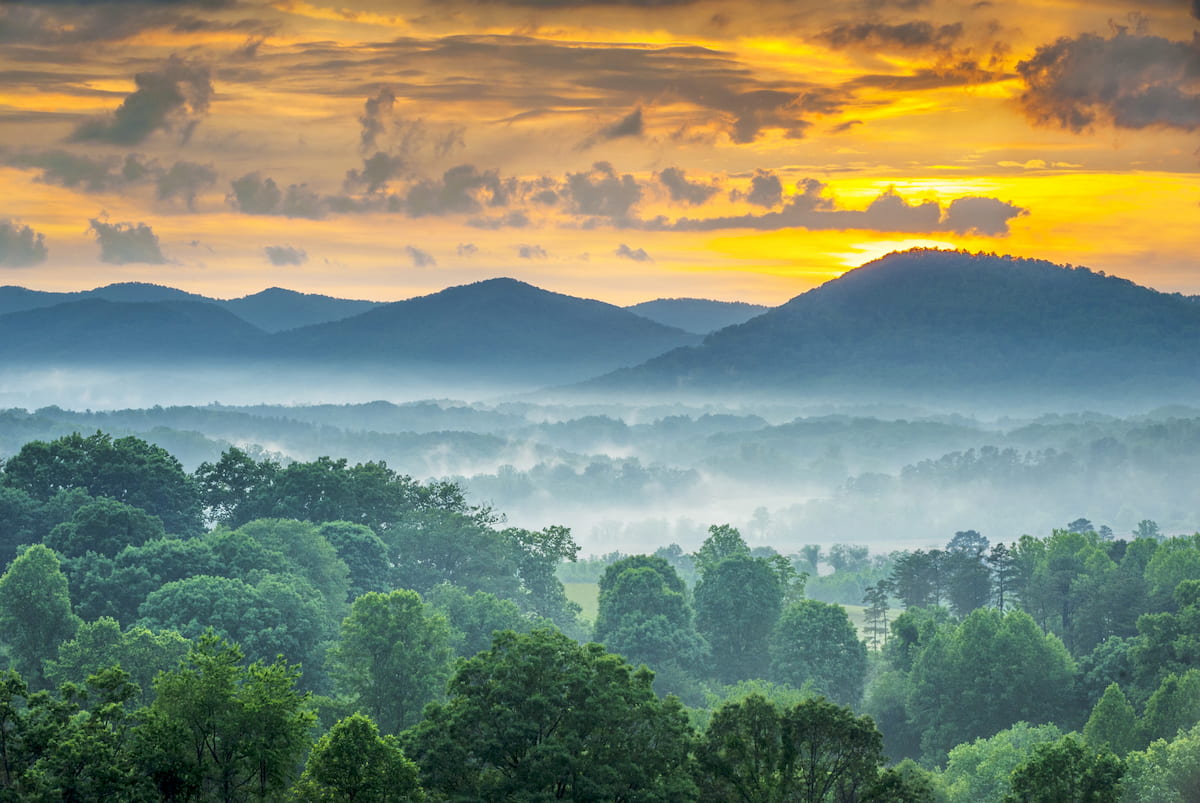 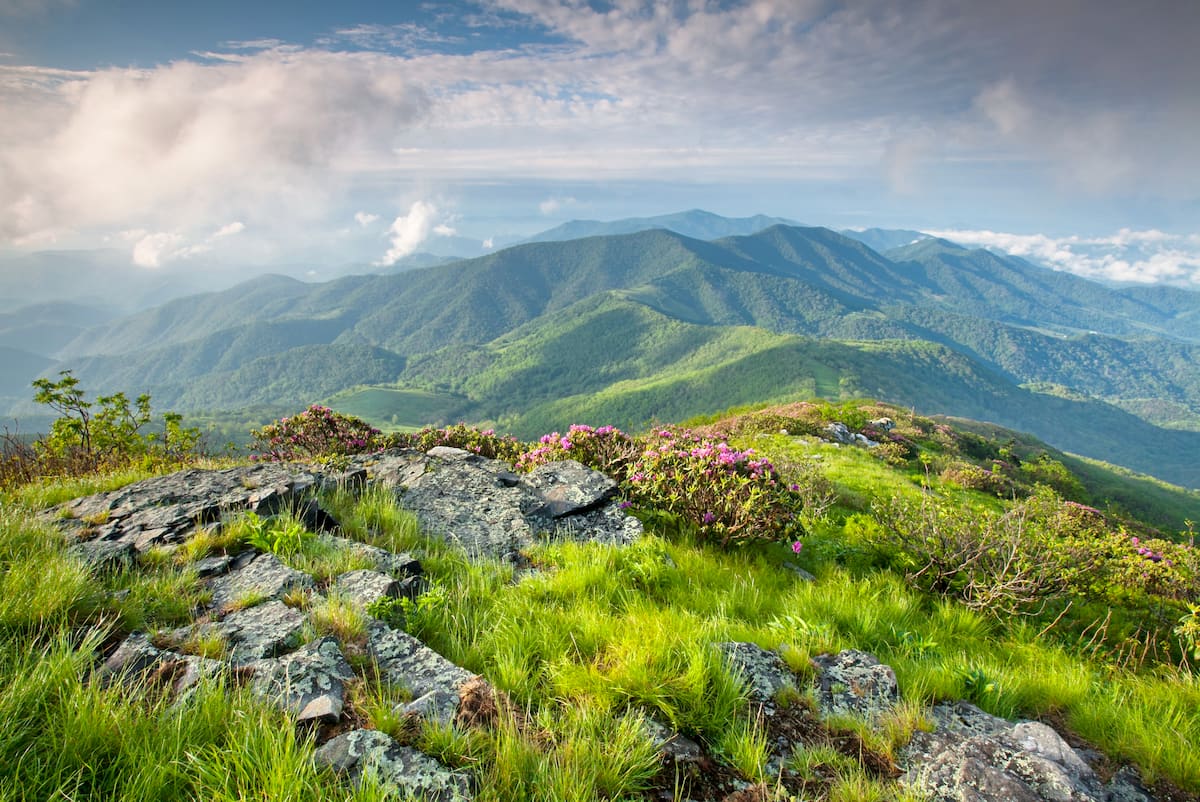 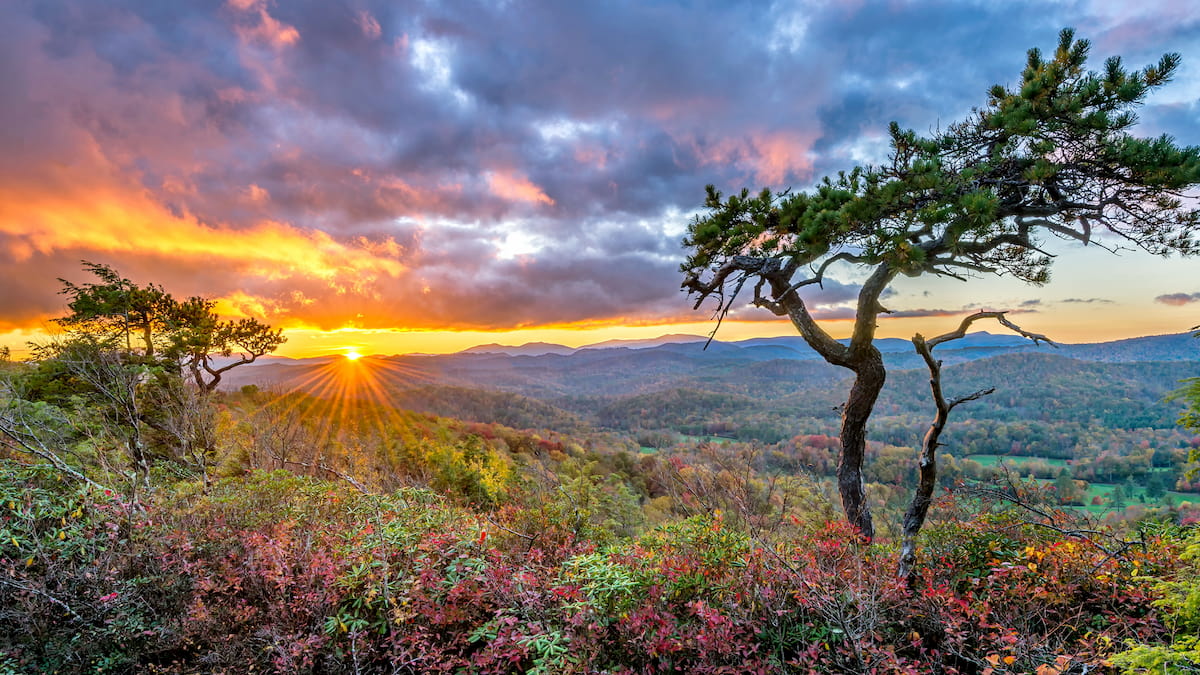 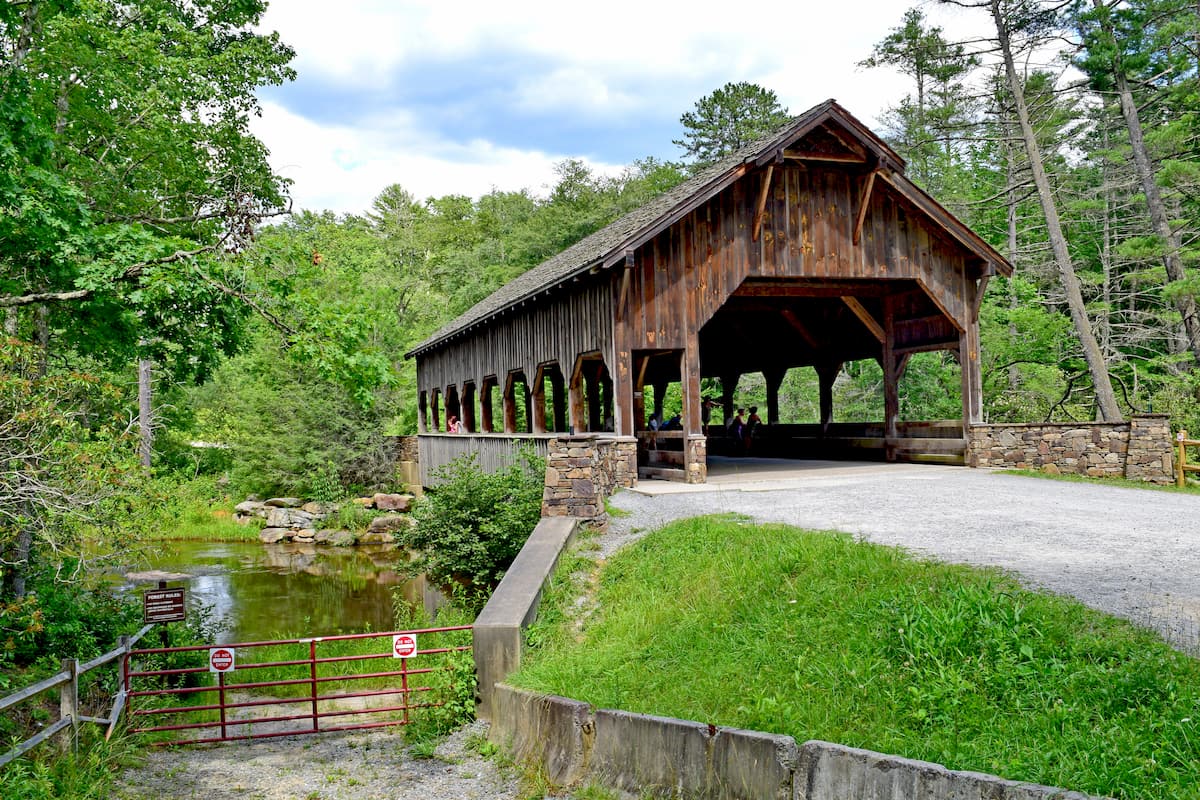 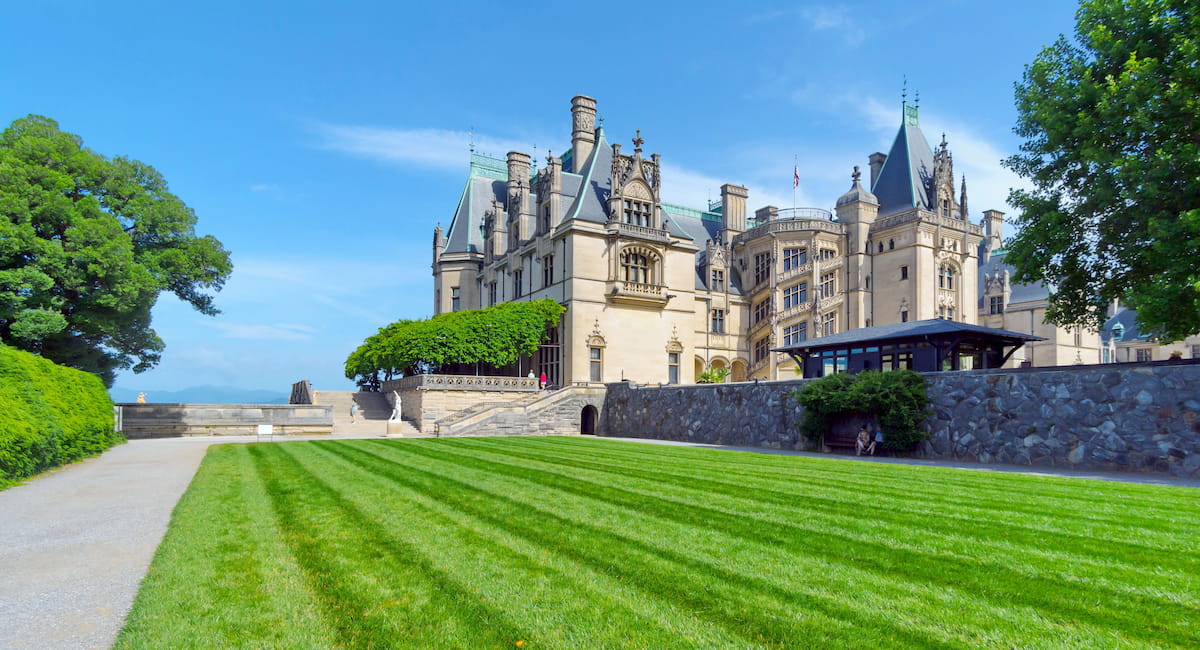 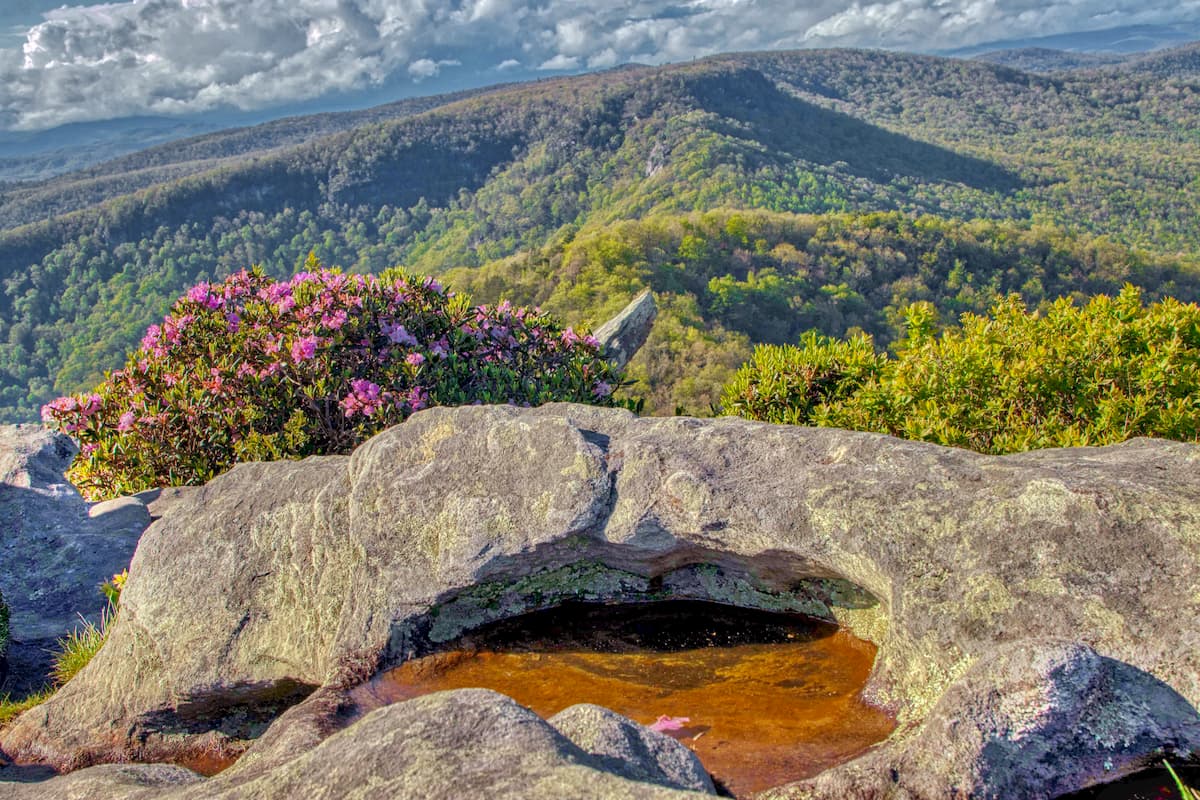 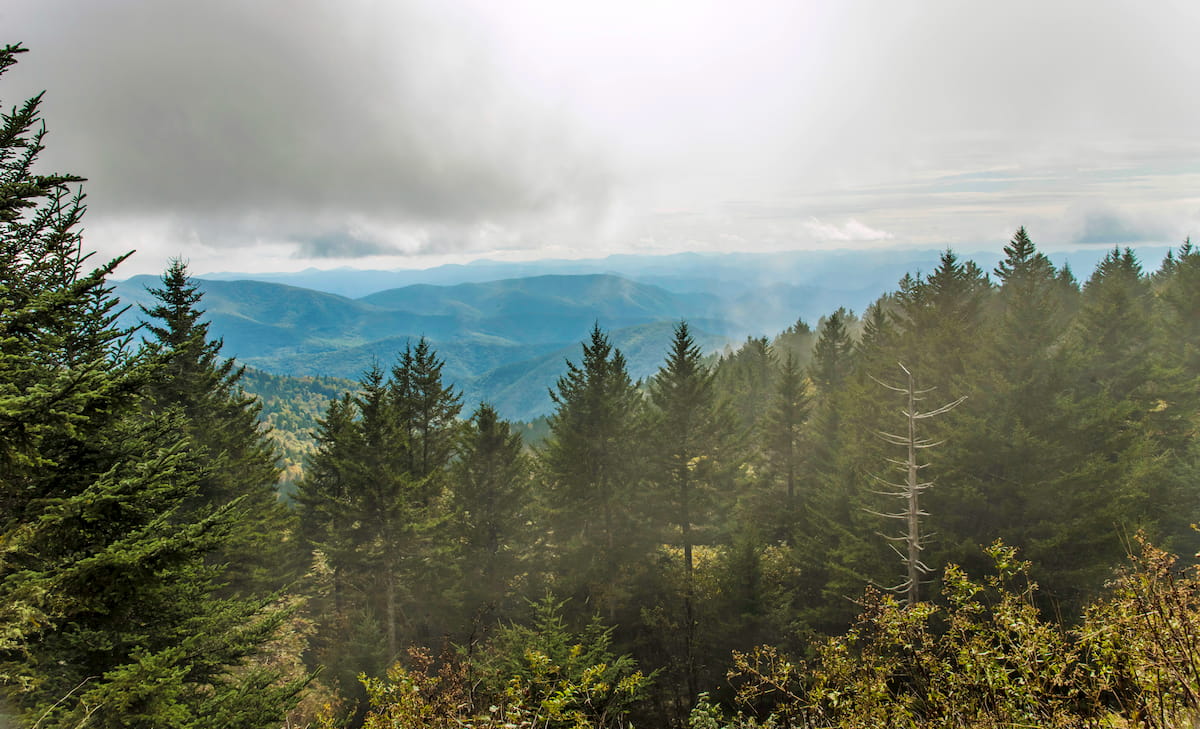