Sumter National Forest is an outdoor recreation destination located in the western part of the US state of South Carolina. The forest features a varied landscape that features 66 named mountains. The tallest peak in the national forest is Fork Mountain, which is 3,287 ft (1,002 m) tall, while the most prominent is Big Stakey Mountain, which has 627 ft (191 m) of prominence. 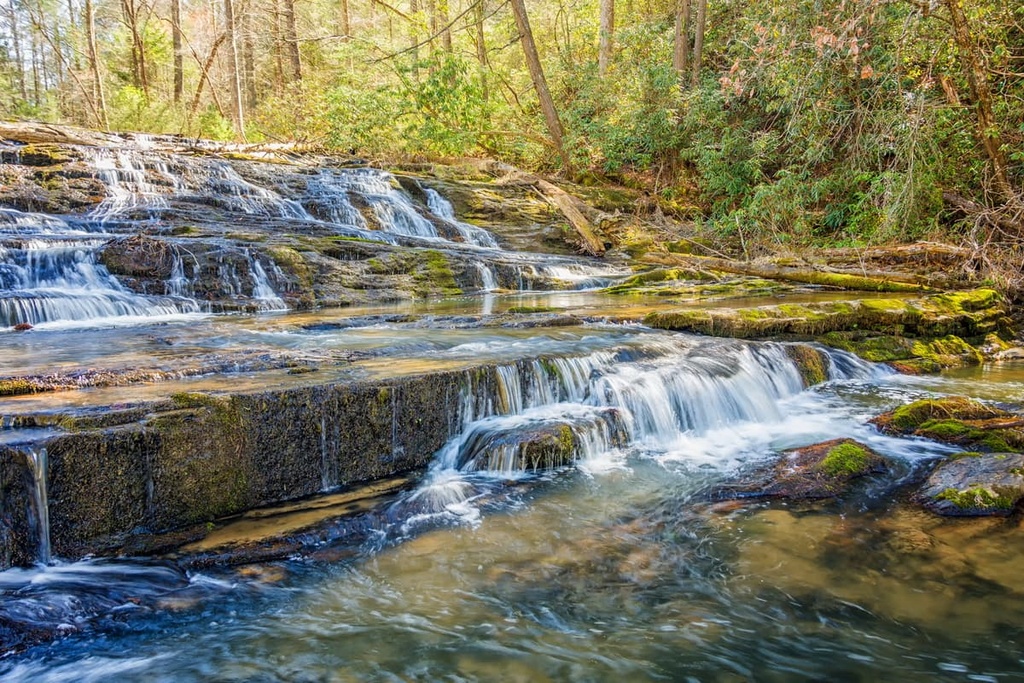 A 2,859 acre (1,156 ha) portion of the Ellicott Rock Wilderness lies within the national forest, too. It is the only federally designated wilderness to be located in three states, namely, South Carolina, Georgia, and North Carolina.

Between the non-contiguous sections of forest lie flat and rolling plains, wetlands, and ridgelines. Major waterways in the area include the Chauga River, Tugaloo River, Chattooga River, and the Keowee River. There are over two dozen named waterfalls within the forest, too.

The westernmost mountains within the Sumter National Forest are part of the eastern edge of the Blue Ridge Mountains, a subrange of the Appalachian Mountains. The Blue Ridge Mountains extend from the US state of Georgia northward to Maryland and Pennsylvania. A majority of the forest also lies within the Piedmont geological region, which covers nearly a third of South Carolina.

The peaks within the forest are composed of both igneous and metamorphic rocks. The mountains in the northwestern section of the forest date back from the Precambrian to Paleozoic eras.

As a whole, the Blue Ridge Mountains began forming around 1 billion to 250 million years ago. During the Alleghenian and Grenville orogenies, the range was slowly thrust upwards to create the mountains that we see today, though the region’s peaks have long since been eroded down from their original lofty heights.

In fact, the Blue Ridge Mountains are much older than some of the major ranges in the world. Both the Alps and Himalaya are much younger, as they both formed around 65 million years ago during the Alpine orogeny.

The various rivers in the region have further carved out the landscape over the course of millions of years. To this day, the waterways in Sumter National Forest continue to shape the landscape and heavily influence the ecology of the region.

The varied landscapes of the Piedmont and the Blue Ridge Mountains allow for a diversity of both flora and fauna to thrive throughout Sumter National Forest.

The western Andrew Pickens Ranger District lies in the Blue Ridge Mountains. Here, the landscape consists of various hardwood trees. Both pitch pine and table mountain pine are common in the higher elevations of the forest. Other tree species found in this district include oak, hickory, white pine, and hemlock.

Larger mammals that live in Sumter National Forest include black bears, deer, coyotes, and bobcats. Common bird species include quails, doves, ruffed grouse, and wild turkeys. Squirrels, raccoons, rabbits, and opossums are common throughout all districts of the forest, too. The various rivers in Sumer National Forest even provide the ideal habitat for beavers, catfish, and multiple species of bass.

The land in and surrounding Sumter National Forest is part of the ancestral homelands of the Cherokee people. The Cherokee lived throughout the land that is now part of the southeastern United States for countless generations.

Hernando de Soto was a Spaniard who traveled throughout what is now the eastern United States in the 1540s. This expedition made what was arguably the first recorded contact between the Cherokee and Europeans.

Over the next few centuries, as Europeans began to settle in the region, the Cherokee started making trade deals and treaties with the Irish, English, and Scottish immigrants in the area. These various groups lived fairly harmoniously throughout the 1700s.

In the early 1700s, the Cherokee formed an organized and unified national government. However, the discovery of gold in the Blue Ridge Mountains of Georgia led to a drastic increase in the European settler population of the region, which led to conflict with the Cherokee.

The Cherokee Nation did not sign the treaty, yet the US still forcibly removed most of the Cherokee from their homelands and into present-day Arkansas and Oklahoma. This forced migration followed a route that would later be known as the Trail of Tears. Around 16,000 Cherokee started the journey and nearly a quarter of them died along the route.

Sumter National Forest is home to numerous hiking trails and other areas for outdoor recreation. Here are a few of the best hikes located within the national forest that are well worth checking out during your next visit.

The Lee Falls Trail is arguably the most popular hiking trail in the forest. This out-and-back hike is 2.9 miles (4.7 km) long and it has 301 ft (92 m) of elevation gain. The Lee Falls Trail can be completed throughout the year and it features a cascading waterfall as a reward for your efforts.

A small creek flows next to the route, which also provides sweeping views of the forest’s deciduous trees. During the early spring, hikers can often spot hundreds of tadpoles in the creek as they make their way to the waterfall.

The Opossum Creek Falls Trail is 4.6 miles (7.4 km) long round-trip with 839 ft (256 m) of elevation gain. The trail loses elevation as it wanders through the forest down to the Chattooga River.

From there, the trail then climbs steadily up to Opossum Creek Falls. Here, the water cascades down a multi-tiered cliff before entering the river. Sandy beaches line the river, allowing easy access for swimming during the summer months.

The Riley Moore Falls Trail leads you to one of the most stunning waterfalls in the national forest. The trail is 1.9 miles (3 km) long and it has 357 ft (109 m) of elevation gain.

From the forest road, the trail descends down to the Chauga River. The falls themselves span across the entire width of the river and are a true wonder to behold.

Looking for a place to stay near the Sumter National Forest? Here are some of the best cities and villages to check out in the region.

Augusta, Georgia lies near the southern portion of Sumter National Forest along the border between Georgia and South Carolina. The city is home to around 202,000 residents, and it has the second-largest metropolitan population in the state.

The downtown area of Augusta is full of local restaurants, art galleries, museums, and live music venues. Each year, the city hosts The Masters, which is the most prestigious tournament in golf. There are also many parks in the city to check out if you’re looking for an urban adventure, including the Riverwalk Augusta, Augusta Canal, and Phinizy Swamp Nature Park.

The city of Greenville is located in northwestern South Carolina, between the major units of the national forest. Greenville is home to around 71,000 residents, making it the sixth-largest city in the state. Situated between Atlanta, Georgia, and Charlotte, North Carolina, Greenville is the cultural and economic hub of the region.

Despite its relatively small size, Greenville is known for its quaint downtown area, diverse food scene, and outdoor recreation opportunities. In recent years the town has won numerous awards as it has been named one of the South’s Most Tasteful Small Towns and one of the Most Underrated Travel Destinations of the Year.

Popular places to visit in Greenville include the Falls Park on the Reedy and the Greenville County Museum of Art. The city also hosts a handful of festivals each year, such as Euphoria Greenville and Fall for Greenville, that are worth attending if you happen to be in the area. 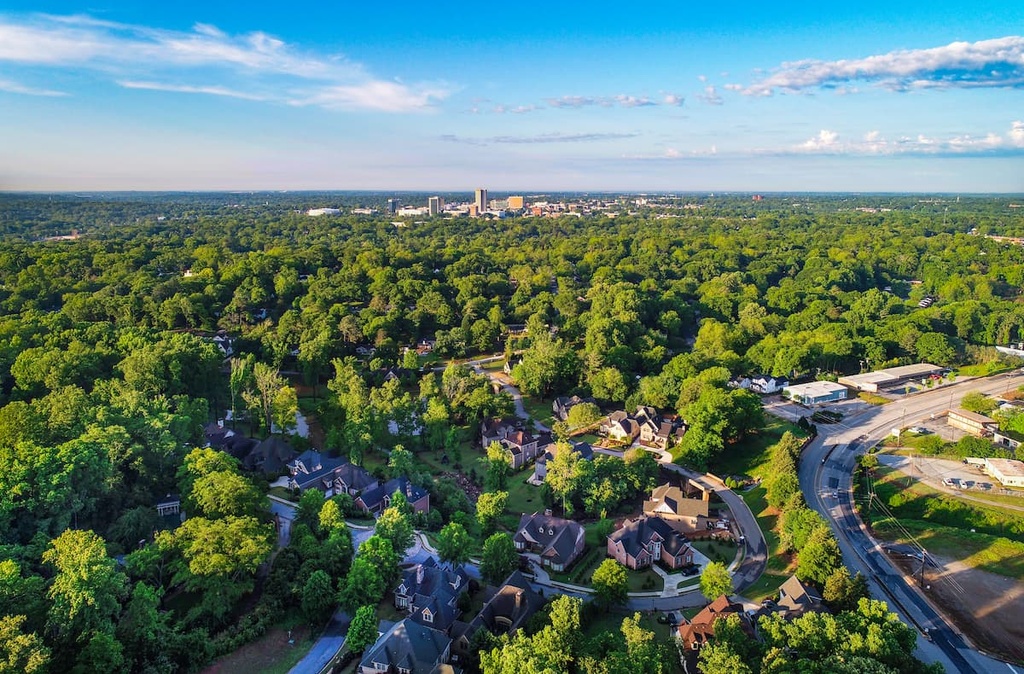 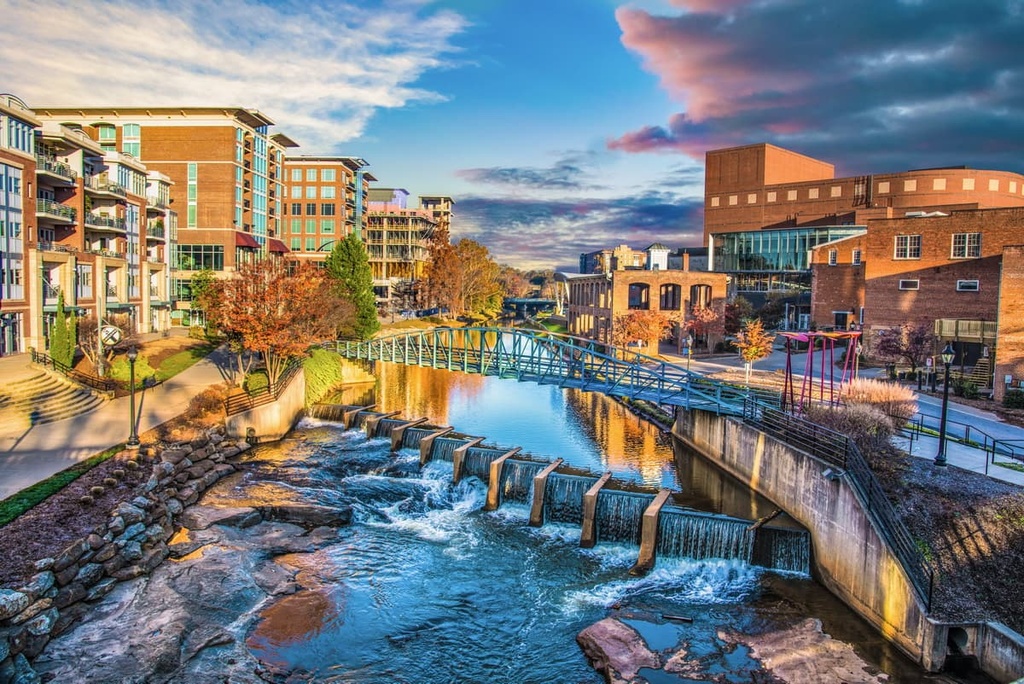 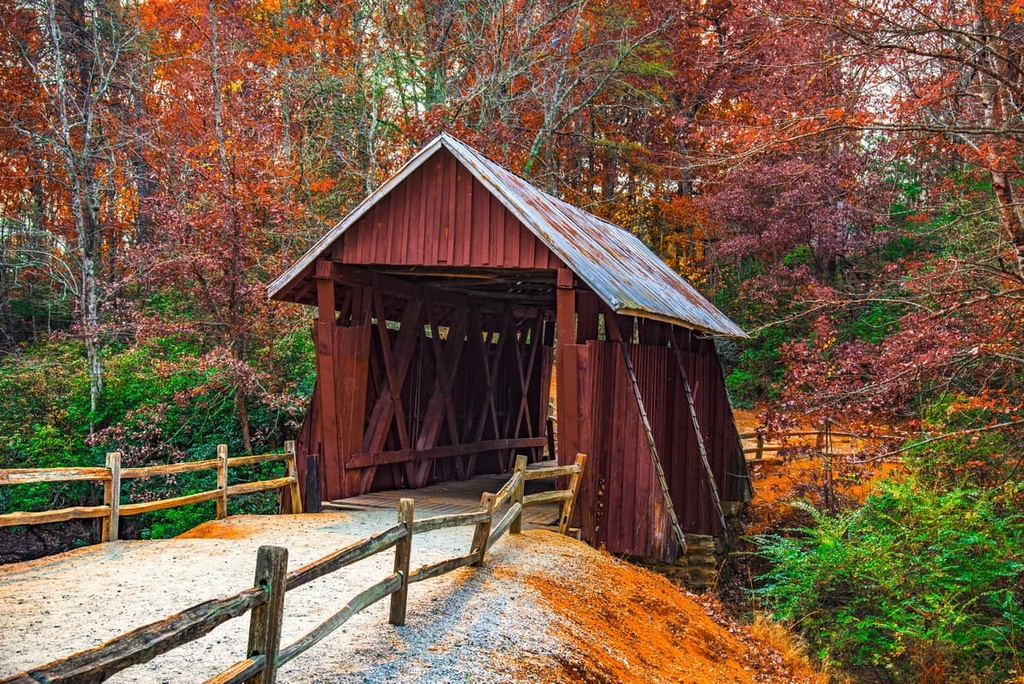 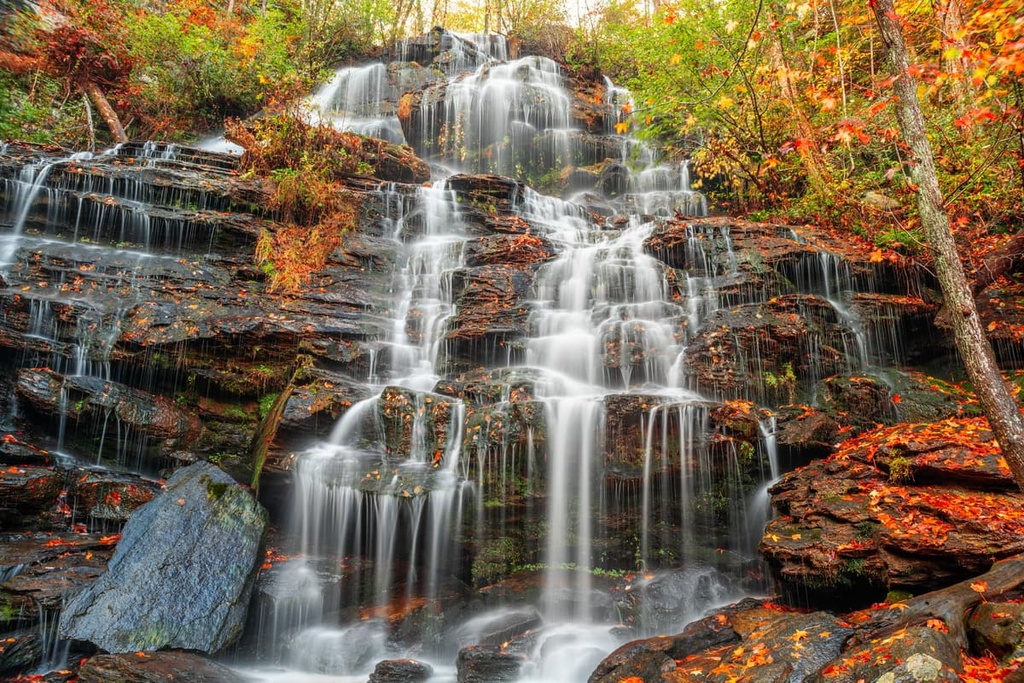 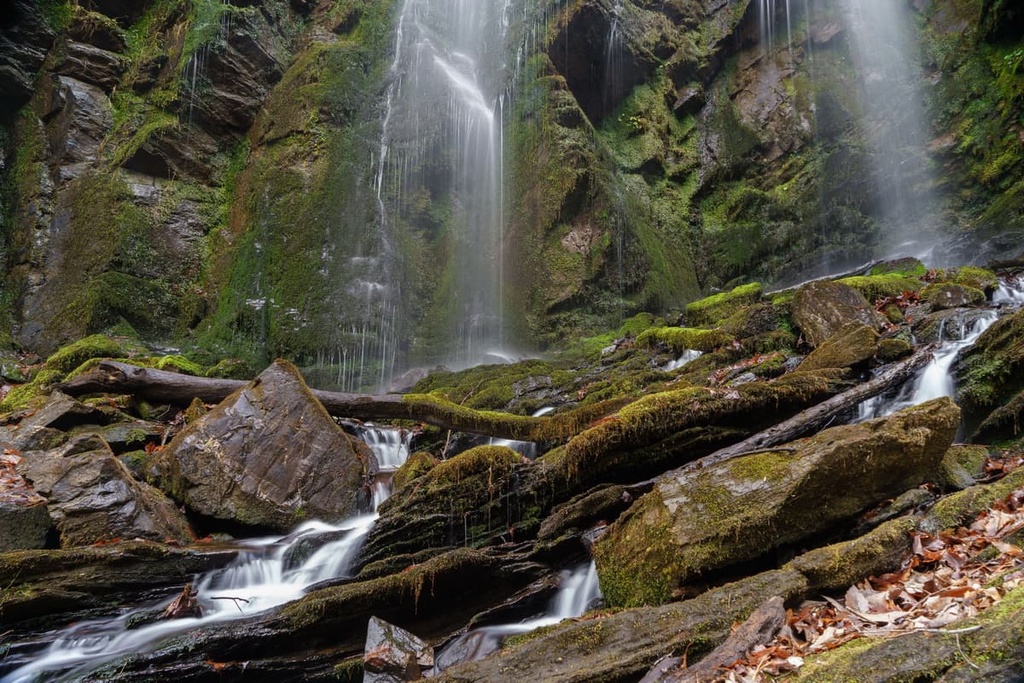 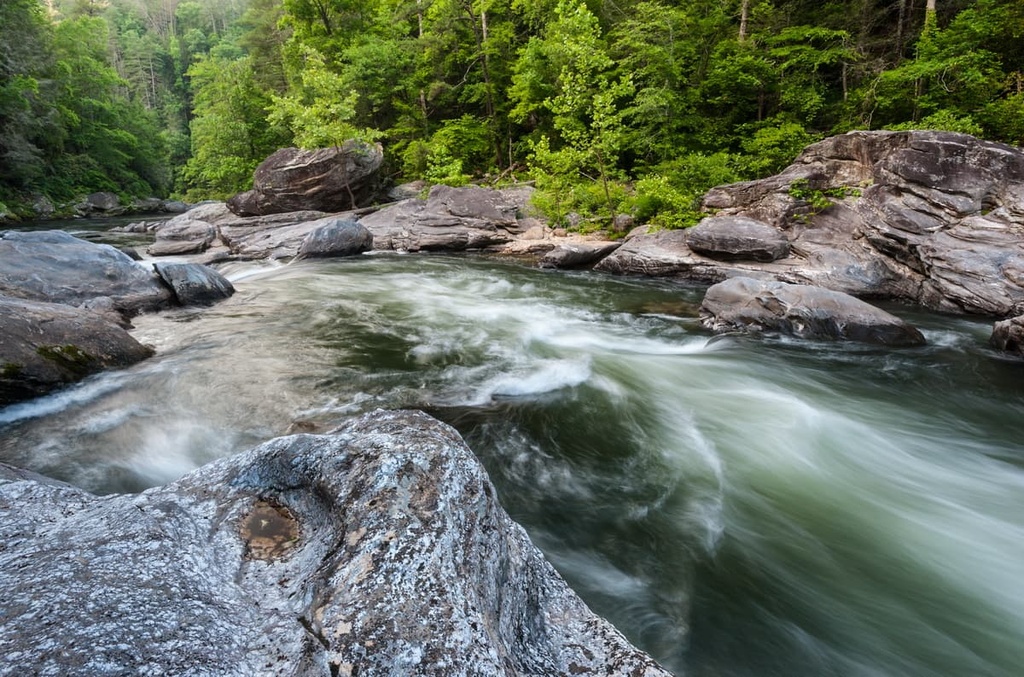