Known as the “Bluegrass State,” Kentucky encompasses 40,408 square miles of the Upland South, a northern section of the southern United States that houses the southern Appalachian Mountains or Appalachia. In fact, a large portion of eastern Kentucky is part of the Appalachia, a cultural region that stretches from the Southern Tier of New York to northern Alabama and Georgia. 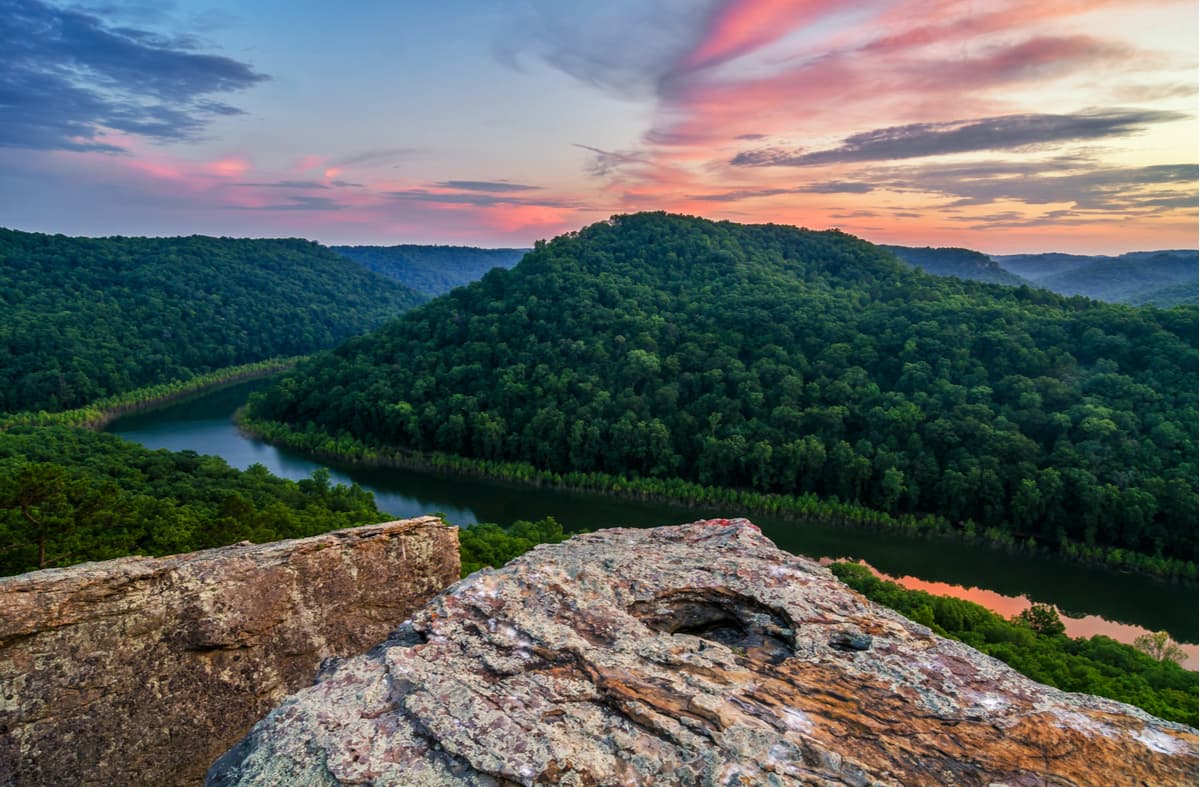 Though the Blue Grass state is best-known for its horse racing, bourbon, tobacco, and bluegrass music, it also contains impressive natural features, like the world’s longest cave system, one of the greatest lengths of navigable waterways and streams in the contiguous United States, and two of the largest man-made lakes east of the Mississippi River.

Generally, the state can be divided into three parts – the eastern mountains, the interior, and the Mississippi plains in the west. Each larger region can then be divided into several distinct physiographic regions, including the Cumberland Plateau (which also contains the Eastern Kentucky Coal Field), Pine Mountain and Cumberland Mountain, the Bluegrass region, the Knobs, the Pennyroyal Plateau (also known as the Mississippi Plateau, the Western Coal Fields, and the Jackson Purchase.

The Cumberland Plateau, which spans the eastern portion of Kentucky, is the southern part of the Appalachian Plateau in the Appalachian Mountains. The highest and most rugged section of the plateau is referred to as the Cumberland Mountains, which contain several outstanding Kentucky summits like Big Black Mountain, the highest point in the state, The Doubles, Cross Mountain, and Little Black Mountain.

The Bluegrass region, located near the center of the state, is the state’s most populated region and is commonly divided into two sections: The Inner Bluegrass, which encircles Lexington, and the Outer Bluegrass, which encompasses most of the northern portion of the state. The Bluegrass region is bordered by the Ohio River and a ring of hills known as the Knobs. This region is generally characterized by a gently rolling plateau and takes its name from the lush growth of native bluegrass. The Bluegrass region becomes more rugged near the edges and houses a series of short, steep, and narrow hills known as the Eden Shale Hills.

The Knobs stretch around the southern and eastern parts of the Bluegrass region. This narrow, arc-shaped section of the state contains hundreds of cone-shaped, isolated hills. The Knobs are geologic remnants of an ancient sea and support five distinct ecosystems.

Kentucky’s Pennyroyal Plateau, or Mississippi Plateau, spans the southern border of the state from the Appalachian Plateau to Kentucky Lake. Though large parts of the Pennyroyal Plateau consist of farmland, this region is also described as a karst landscape, housing many springs, caves, sinkholes, and caves, including the iconic Mammoth Cave, the world’s most extensive cave system.

The Western Coal Field region, tucked in the west-central and northwestern part of the state, contains large spans of level farmland. Two-thirds of Kentucky’s coal is also found in this region. Outside the valleys, however, low hills dominate the landscape, and near the boundary of this region, the terrain is far more rugged.

The Jackson Purchase region sits along the far western tip of Kentucky and is part of the greater Gulf Plains Region that begins at the Gulf of Mexico and extends north to Illinois. This land, which was secured in 1818, includes the state’s westernmost counties. This part of Kentucky is largely flat and contains numerous lakes, ponds, sloughs, and swamps.

Established in 1974, The Big South Fork National River and Recreation Area protects 125,000 acres of the Cumberland Plateau. The area, which sits in north central Tennessee and southeastern Kentucky, boasts an array of scenic gorges and sandstone bluffs, allowing visitors to engage in a variety of outdoor recreational activities, including hiking, biking, camping, paddling, and horseback riding. The focal point of the area is the Big South Fork River gorge, but a network of well-maintained trails allows visitors to explore both natural and historic features found within the park boundaries. Popular Kentucky South Fork trails include: The Blue Heron Loop, Catawba Overlook, and Split Bow Arch.

The Daniel Boone National Forest is home to some of the most rugged terrain west of the Appalachian Mountains. Established in 1937, Daniel Boone is tucked within a 2.1-million-acre proclamation bounty and protects 708,000 acres. The forest, which is divided into four ranger districts, contains two main areas – a 140-mile-wide strip of land along the western edge of the Cumberland Plateau and the Redbird Purchase on the east of the Cumberland Plateau. The forest contains 100 developed recreation areas, including three state managed parks, and more than 600 miles of trails, making it the perfect destination for hiking, mountain biking, rock climbing, boating, and paddling.

Home to the second-largest inland peninsula in the states and the second-largest contiguous block of undeveloped, forested public land east of the Mississippi, Land Between the Lakes has a lot to offer avid hikers and outdoor enthusiasts. This 170,000-acre outdoor playground spans both southwestern Kentucky and northwestern Tennessee and contains 300 miles of natural shoreline, 190 acres of wildlife refuges, 444 miles of scenic roadway, and 500 miles of trails. Popular hikes in this area include: Hematite Lake, Canal Loop, Honker Lake, Bear Creek, and the north-south trail.

Arguably the best-known city in Kentucky, Louisville is the largest city in Kansas. The city sits on the Ohio River along the Indiana border and, every may, it becomes the premier destination for the Kentucky Derby, one of the nation’s most historic and renowned horse races. Visitors can also sip some of the world’s finest spirits along the Urban Bourbon Trail or visit landmarks that honor some of history’s most influential figures, like Muhammad Ali, a Louisville native. Baseball fanatics can appreciate the Louisville Slugger Museum & Factory, while history buffs might want to take a trip to nearby Hodgenville, Abraham Lincoln’s birthplace.

Welcome to the horse capital of the world, Lexington. Known as “Athens of the West,” Lexington was founded in 1775, seventeen years before Kentucky became a state. By 1820, Lexington was one of the largest and wealthiest towns west of the Allegheny Mountains. Today, Lexington is a thriving city that sits at the heart of the inner Bluegrass Region. The area is known for its natural beauty, fertile soil, and stunning pastureland. However, in the city, visitors can still celebrate Kentucky Bourbon at local distilleries, hang out at art galleries, or explore the largest restored Shaker village in the world. 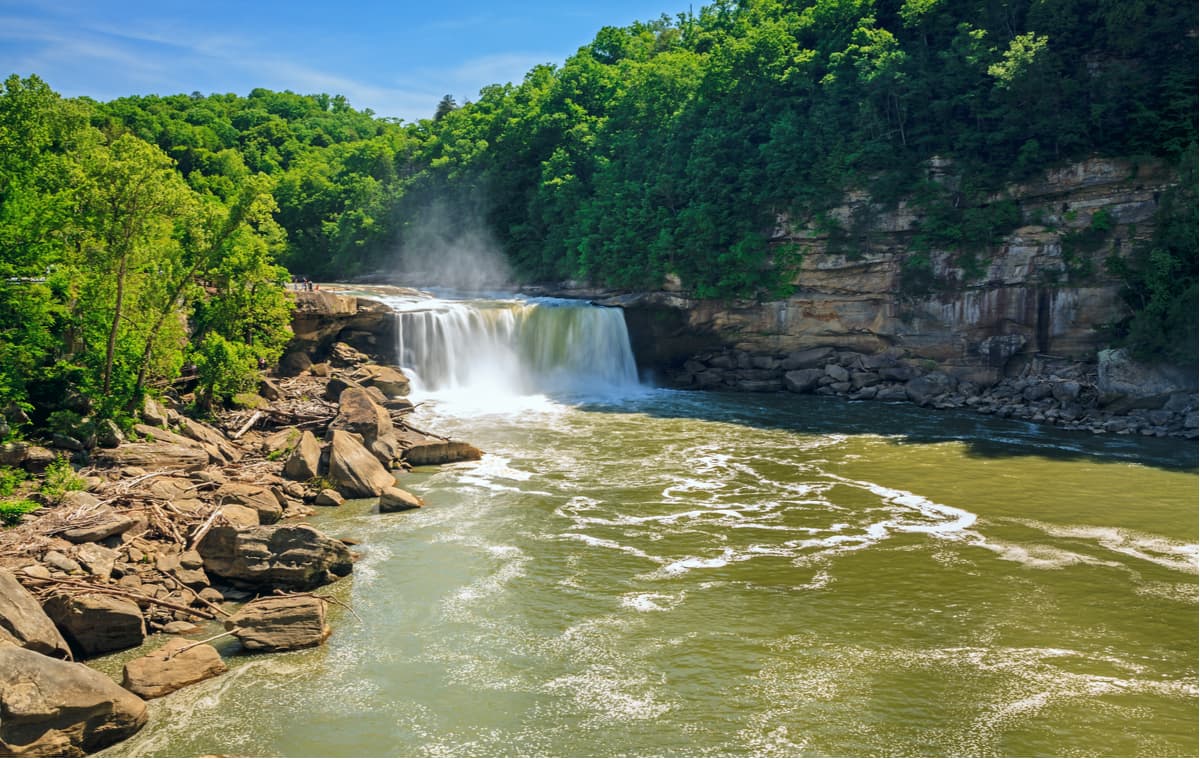 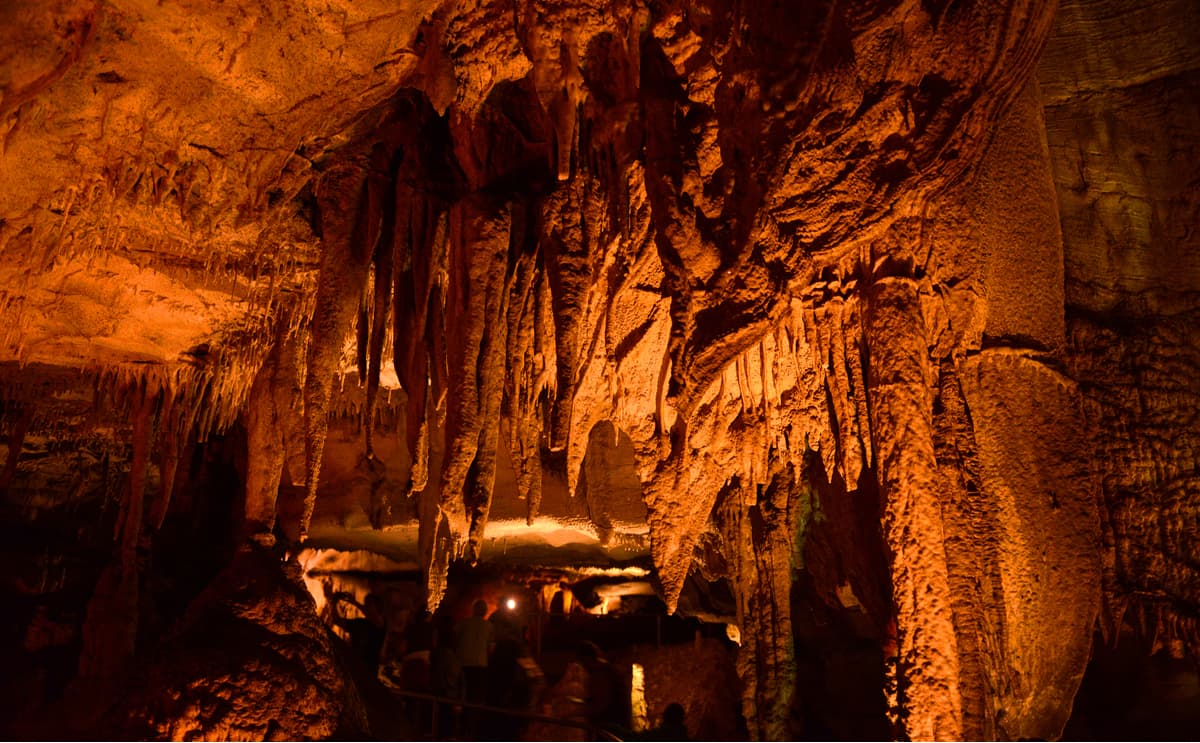 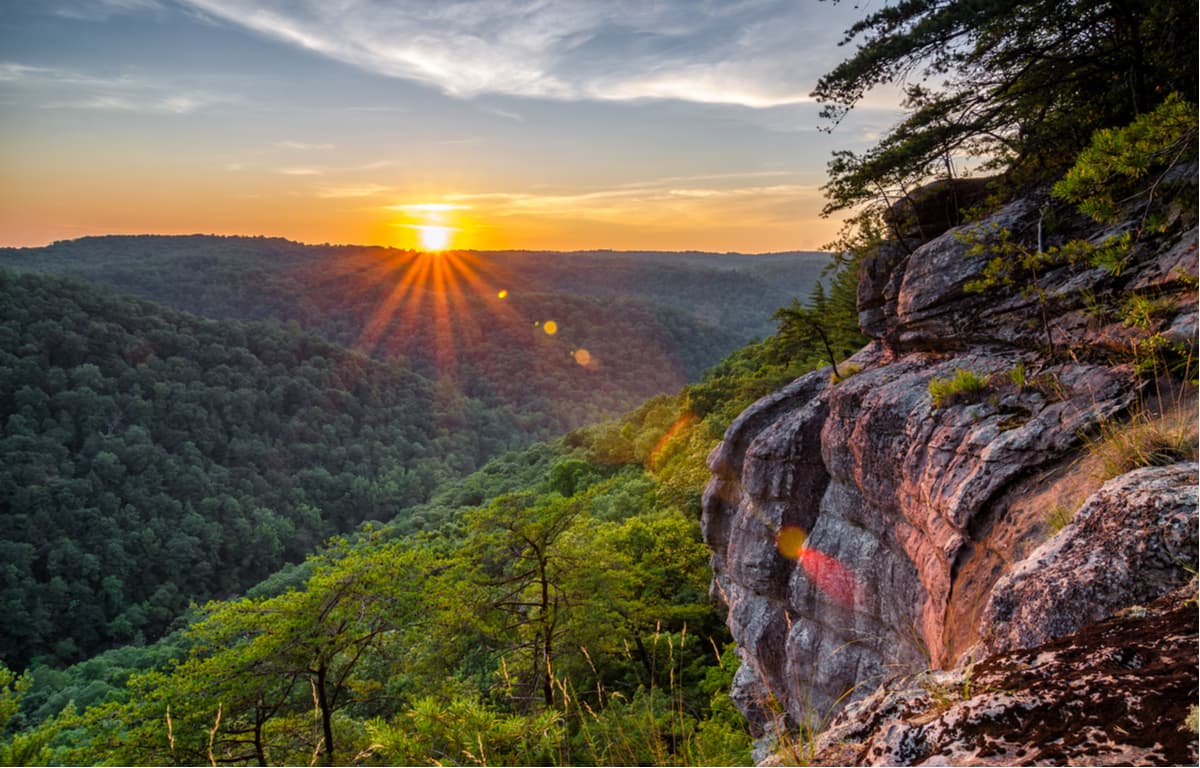 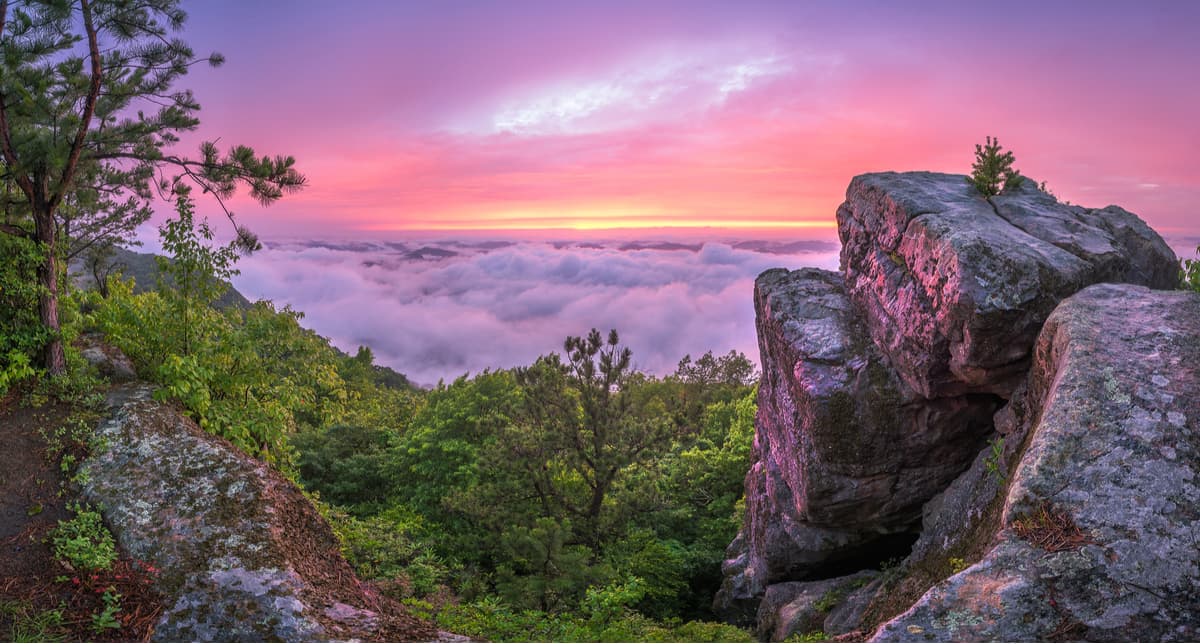 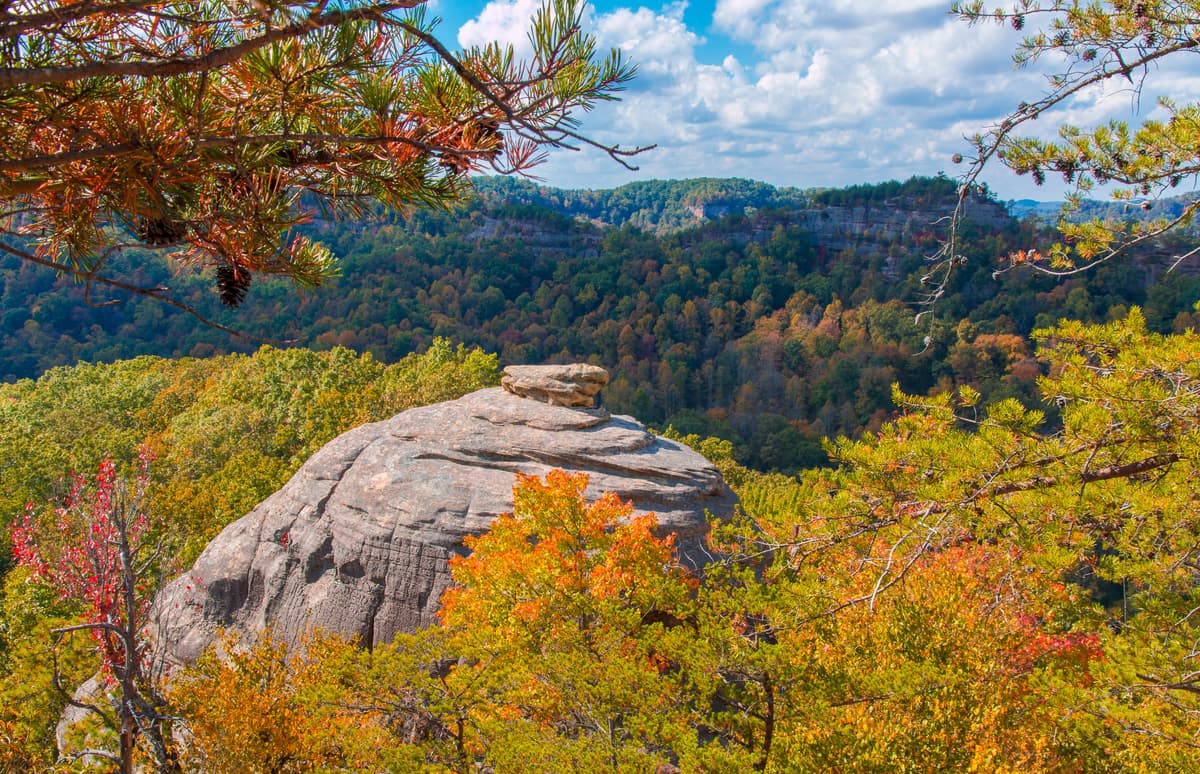 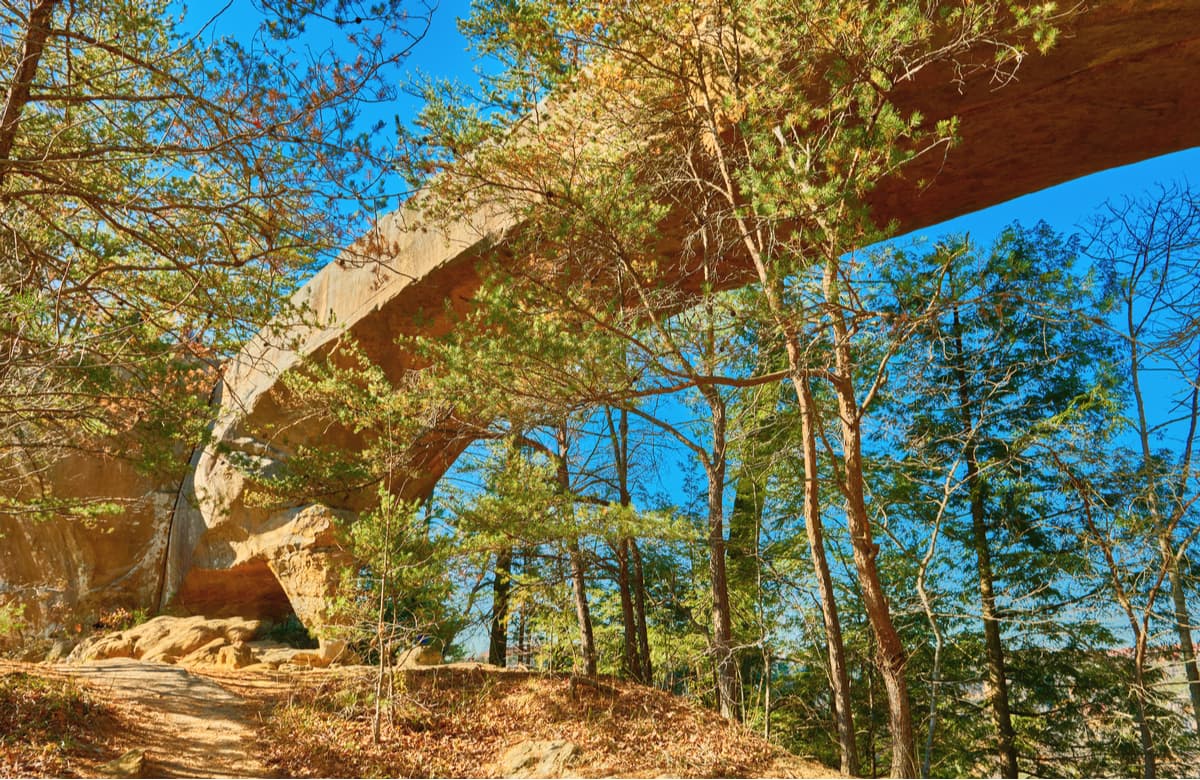