Home to the longest known cave system in the entire world, Mammoth Cave National Park is a federally protected area in the central part of the US state of Kentucky. The park contains more than caves, though, and also encompasses 5 named mountains, the highest and most prominent of which is Brooks Knob (853ft/260m). Other notable mountains include Crumps Knob, Goblin Knob, and Whistle Mountain. 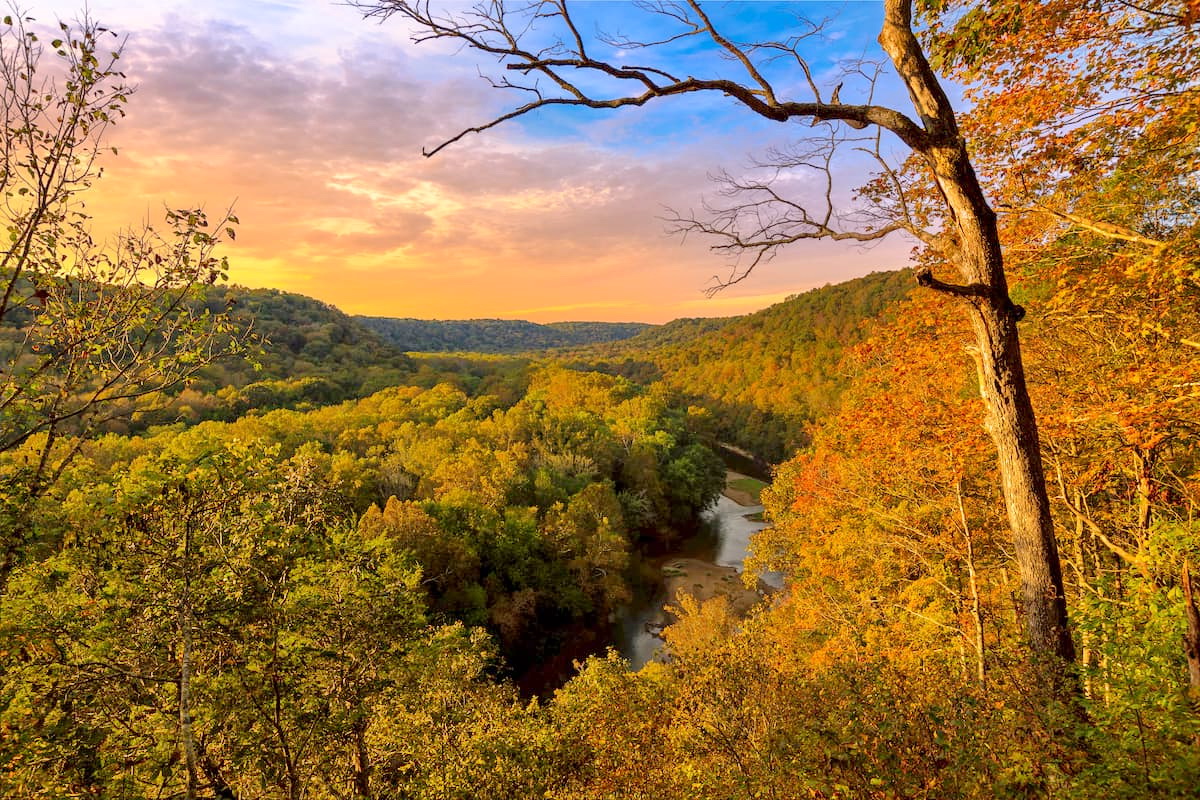 Mammoth Cave National Park encompasses some 52,830 acres (21,380ha) of land within Edmonson, Barren, and Hart counties. It is fairly isolated within the state in terms of other nearby public land. The park is bordered to the east by I-65 and to the West by I-165, just north of Bowling Green.

The closest major areas of public land to Mammoth Cave National Park are two recreation areas that stretch into Tennessee: Land Between the Lakes National Recreation Area to the west near the state’s border with Missouri, and Big South Fork National River and Recreation Area.

Interestingly, Mammoth Cave is the longest known cave system in the world, with some 400 miles (640km) of surveyed passages. This makes it almost twice as long as the next largest system, the Sac Actun underwater cave in Mexico’s Yucatán Peninsula.

As a massive cave system, Mammoth Cave National Park is a geologist’s delight. While the small hills in the park are part of the Cumberland Plateau subsection of the Appalachian Plateaus region within the greater Appalachian Mountains, the cave itself is of particular interest to speleologists (cave scientists).

Mammoth Cave is one of the world’s most famous karst topographies. This type of landscape forms when soluble rocks, such as limestone or dolomite, dissolve, creating caves, springs, sinkholes, and disappearing streams, which are surface-level rivers or creeks that suddenly begin to flow underground.

The region of central Kentucky contains a significant amount of limestone. This belt of limestone is known as the Central Kentucky Karst and it actually extends throughout Indiana, Tennessee, and Kentucky. For the most part, the rocks in the region were deposited as sediments when the area was covered by an ancient ocean some 330 million years ago during the Mississippian.

As far as the caves go, they started to form some 10 million years ago when groundwater in the region started to dissolve some of the limestone bedrock. Over time, the Green River (the major waterway in the area) started to carve our larger karst formations.

By 3.2 million years ago, the uppermost levels of the cave system began to form. This formation happens when slightly acidic rainwater and groundwater trickle through the ground and dissolve limestone. This chemical weathering, combined with the physical weathering and erosional power of running water from the Green River helped to carve out the caves that we see today.

The caves are also full of interesting subterranean formations, which are known as speleothems. These formations, such as stalactites, stalagmites, helictites, evaporites, and travertine dams, form when minerals that were once suspended in groundwater end up getting deposited in the limestone cave. This most often happens when there is a slow, constant drip or flow of water on a specific area or point.

There are also many fossils within the caves, primarily of gastropods, blastoids, and crinoids. However, a particularly fascinating discovery was made in 2020 when scientists found the fossilized remains of Saivodus striatus, an ancient shark species that is similar to the modern-day great white shark.

While the cave itself is the focus of Mammoth Cave National Park, the land above the cave is also impressively ecologically diverse. The region has a humid subtropical climate (Köppen: Cfa) with average summertime highs of around 88.1ºF (31.2ºC) and wintertime lows of about 25.2ºF (-3.8ºC).

Above ground, the park contains a mosaic of different ecosystems. The predominant forest type is oak/hickory in the region’s eastern hardwood temperate broadleaf and mixed forest.

Bats are prevalent within the cave system. In particular, the Indiana bats, gray bats, little brown bats, big brown bat, and eastern pipistrelle are found in the caves. But, many of the bat species in the caves are threatened or endangered. White-nose syndrome is found in Mammoth Cave National Park and it has killed millions of bats in the process.

In addition to bats, there are many other animals within the caves, such as cavefish and the Kentucky cave shrimp (Palaemonias ganteri). The cave shrimp is particularly interesting because it is found only within Mammoth Cave, though it is related to the Alabama cave shrimp, which is only found in five caves in Alabama.

In particular, the Kentucky cave shrimp is an endangered species as there are only several thousand remaining. It has been under serious threat due to the contamination of groundwater that runs into the caves from nearby communities that have inadequate sewage facilities.

Mammoth Cave National Park has been home to humans for at least the last few thousands years. There is substantial evidence that indigenous peoples entered and explored the cave system and perhaps mined some of its minerals.

The area above Mammoth Cave has also been inhabited for thousands of years. A number of groups lived and traveled through the region before the arrival of European settlers, including the Shawnee, Chickasaw, Cherokee, and Yuchi, among countless others.

There are conflicting stories about how European and Euroepan-American settlers came to know about the caves in the 1700s, though it’s clear that they did not “discover” the caves as countless indigenous people had entered the caves before their arrival.

It’s commonly accepted that either John Houchin or his brother Francis Houchin found an entrance to the cave while hunting in the late 1700s. A few years later, the land that contained the caves was surveyed and registered by Valentine Simons who wanted to mine it for minerals, particularly saltpeter - one of the major components in gunpowder.

As a result of the Jefferson Embargo Act of 1807, the saltpeter resource of Mammoth Cave became particularly important as the US was no longer able to trade with other countries for gunpowder.

The cave changed hands multiple times over the years, and was mined for both saltpeter and calcium nitrate. Slave labor was extensively used to build the mining apparati and to do the mining itself.

In 1838, a majority of the cave was sold to Franklin Gorin, who wanted to turn the region into a tourist attraction. Gorin owned slaves and forced them into working as tour guides in the caves.

Stephen Bishop, an enslaved man owned by Gorin, worked as a tour guide in Mammoth Caves. He made significant advancements in terms of our knowledge of the caves themselves by making extensive maps of the system and its features. In particular, Bishop was perhaps the first person to cross the Bottomless Pit (one of the cave’s major features). After Dr. John Croghan bought Mammoth Cave, Bishop, and the other enslaved people that were forced into working at the caves from Gorin in 1839, Bishop was told to draw a map of the caves from memory. This map was later published and was in use for decades.

In the years that followed, the cave’s status as a tourist attraction grew, especially after railroads were constructed in local towns, which brought more and more visitors to see the region. The influx of tourists started an interesting period of history called the “Kentucky Cave Wars” where local cave owners tried to use misleading signs and other tactics to confuse tourists into attending their paid private cave shows instead of the main section of the cave.

In the 1900s, a number of famous cave engineers and explorers visited the caves, providing unique insight and advancements into local knowledge of the region. By the mid 1920s, wealthy Kentuckians started a movement to establish Mammoth Cave National Park, which was laterally designated in 1941.

In 1954, two decades of intense surveying began, where a number of different expeditions explored the cave's deepest reaches. These spelunkers found a number of connections between various caves as well as the location of other deeper cave passageways. There are also two other massive cave systems near Mammoth Cave, including Fisher Ridge and Martin Ridge, but it’s believed that they are not connected.

Mammoth Cave was designated as a UNESCO World Heritage Site in 1981 and an International Biosphere Reserve in 1990. It is a very popular tourist attraction to this day, drawing hundreds of thousands of visitors each year.

There are over 60 miles (96.6km) of trails in the backcountry section of Mammoth Caves National Park, which make for great walking for more adventurous hikers. On the south side of the Green River, there are also 18 miles (28.9km) of trails for hikers to enjoy.

The visitor’s center area also has a number of short trails to check out, including the Mammoth Cave Campground Trail, the River Styx Spring Trail, the Heritage Trail, and the Green River Bluffs Trail.

Mammoth Cave is open to visitors, though tickets are required to enter. Reservations can be made ahead of time at Recreation.gov for the park’s numerous tours. For visitors that want a shorter trip into the caves, there are Discovery Self-Guided tours as well as an Accessible Tour option. Popular park ranger-led tours include:

Each of these tours is a set length, so visitors can choose the option that’s best for their unique needs. Visitors are highly encouraged to make reservations ahead of time, as the park can get quite busy during the summer months.

Here are some of the best places to stay before or after your trip into Mammoth Cave National Park:

The city of Bowling Green is located just to the southwest of Mammoth Cave National Park. It has over 70,000 residents, making it the third most populated city in Kentucky. Bowling Green is a hub for education, medicine, and commerce in southern Kentucky.

Transportation to and from the city is primarily by road, but the nearby Bowling Green-Warren County Regional Airport provides some air connections to major international airports in the area.

Louisville is the largest city in the Commonwealth of Kentucky with over 600,000 residents. It is just a short drive north of Mammoth Cave National Park and is a great place to visit in its own right. Louisville is known for its importance to the sport of baseball, as well as its status as Muhammad Ali’s home town.

The city is well connected by interstate highways. It also has a major airport, the Louisville Muhammad Ali International Airport, which offers good service to major cities around the United States.

Nashville is the capital of Tennessee and its largest city with nearly 700,000 residents. It is known as an important place in the history of North American music, and is also the home of multiple large educational institutions, including Vanderbilt University and Tennessee State.

The city is about 1.5 hours south of Mammoth Cave National Park and is well connected by road, rail, and bus. Nashville also has a major international airport, which is also one of the fastest growing airports in the country. 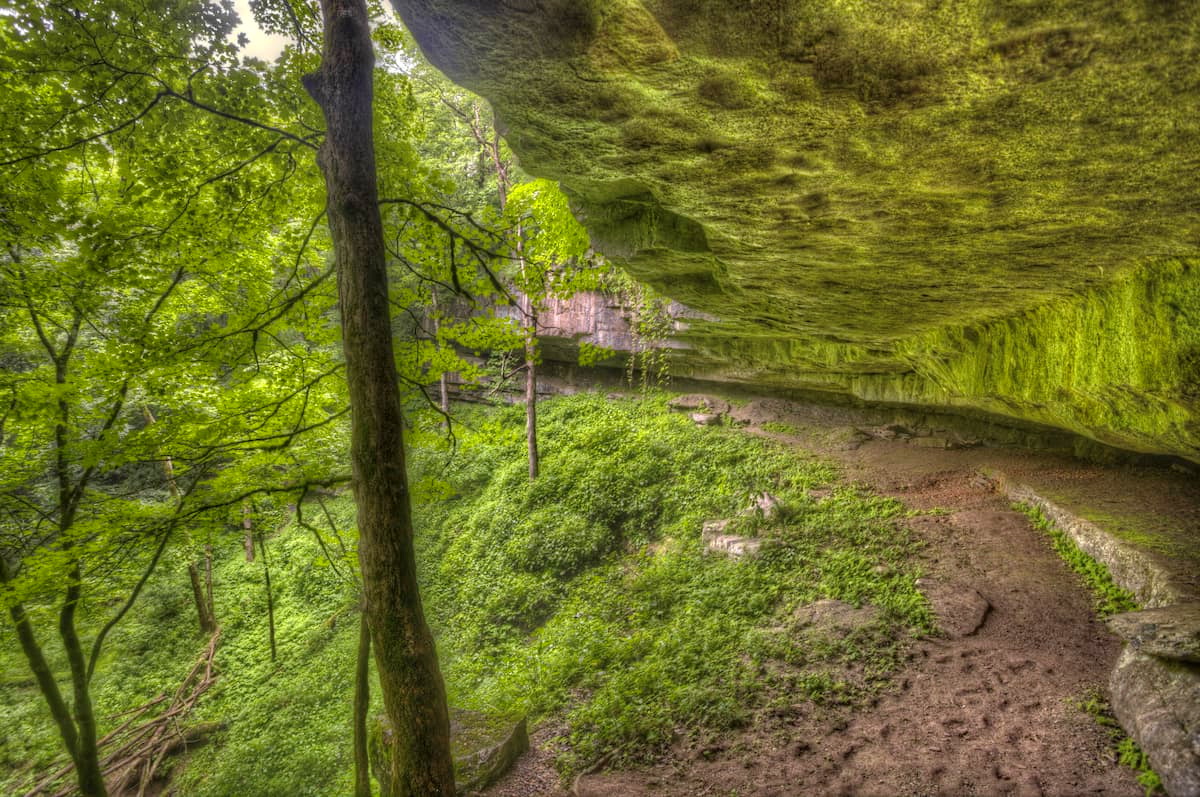 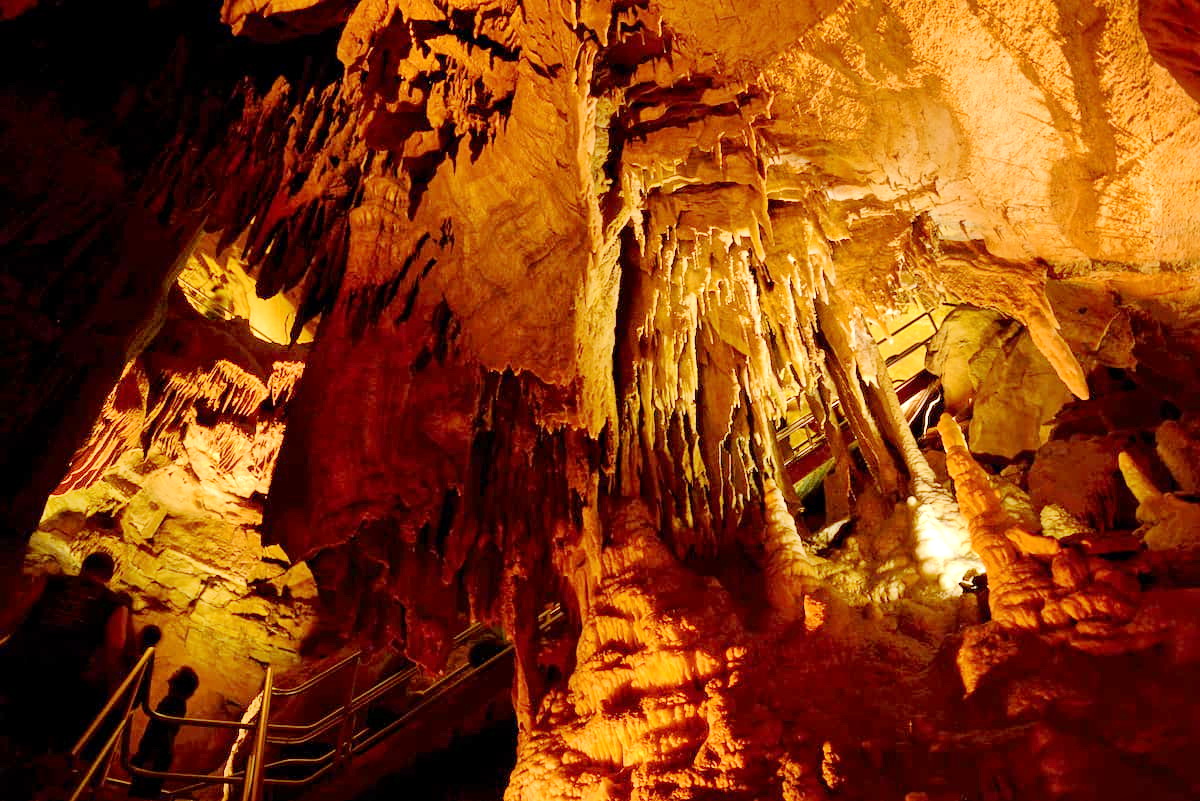 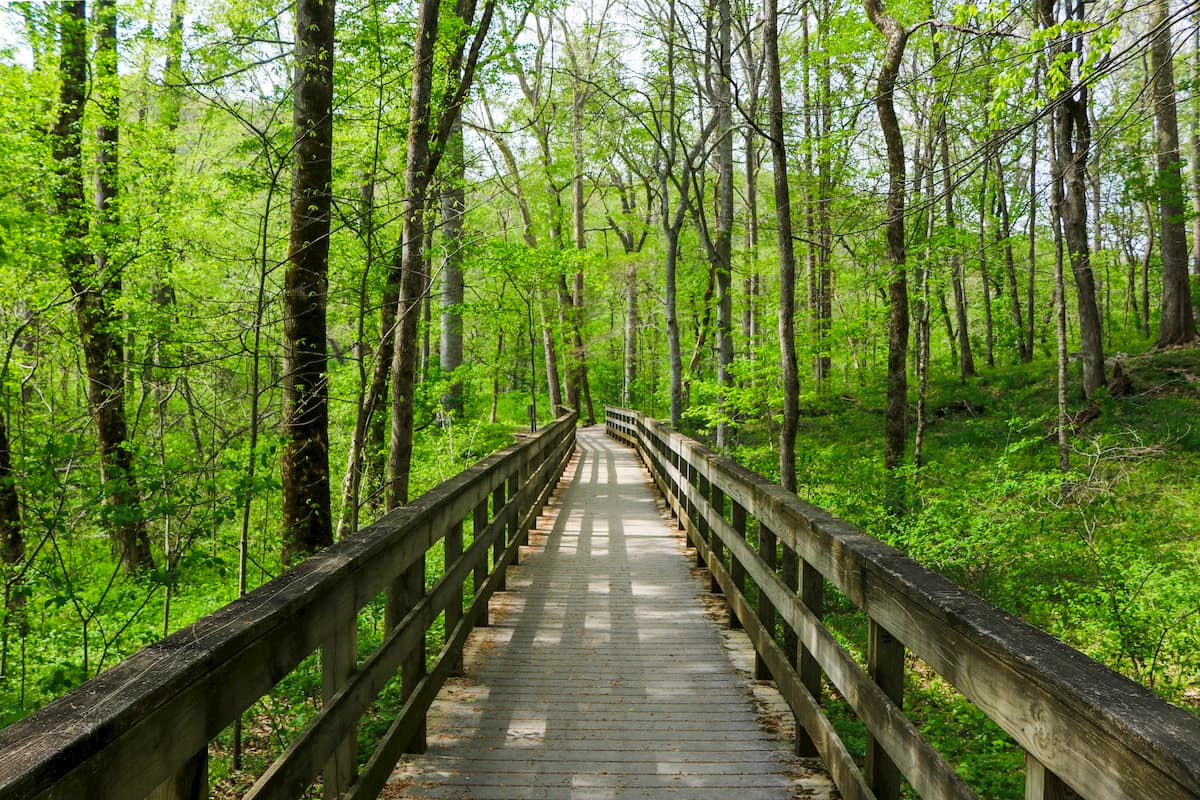 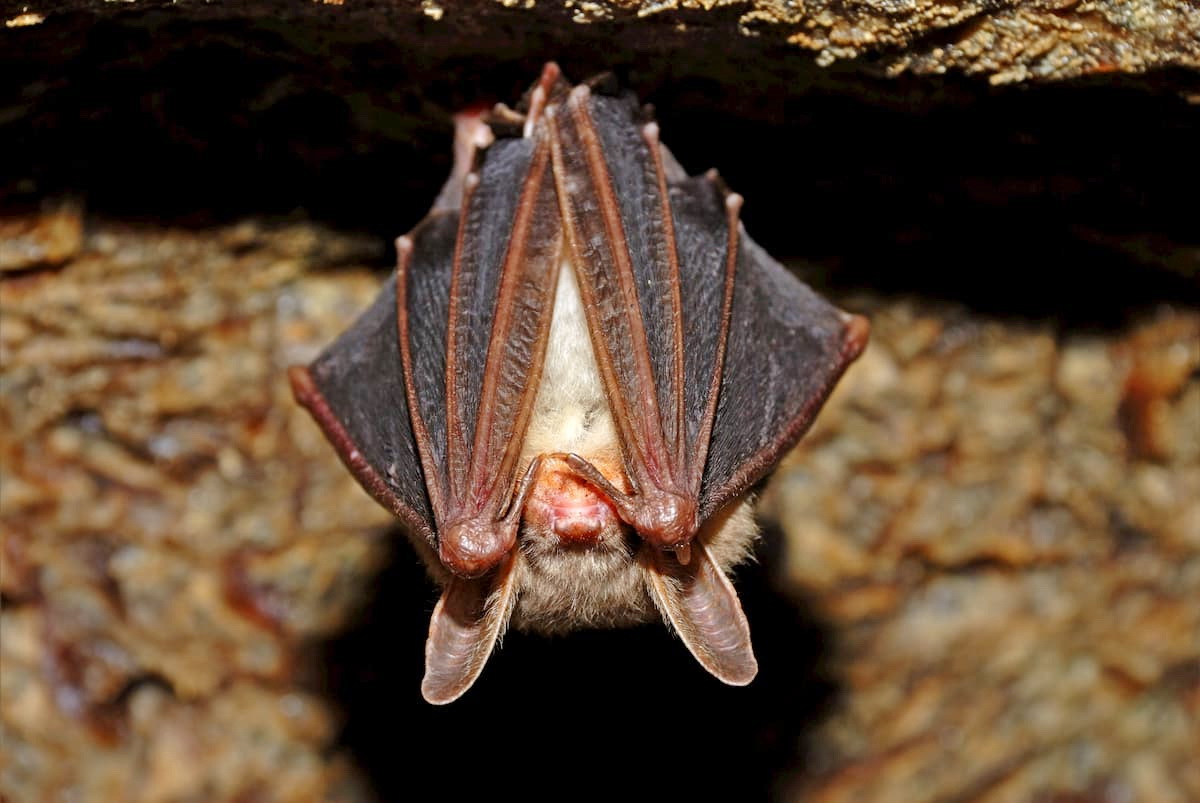 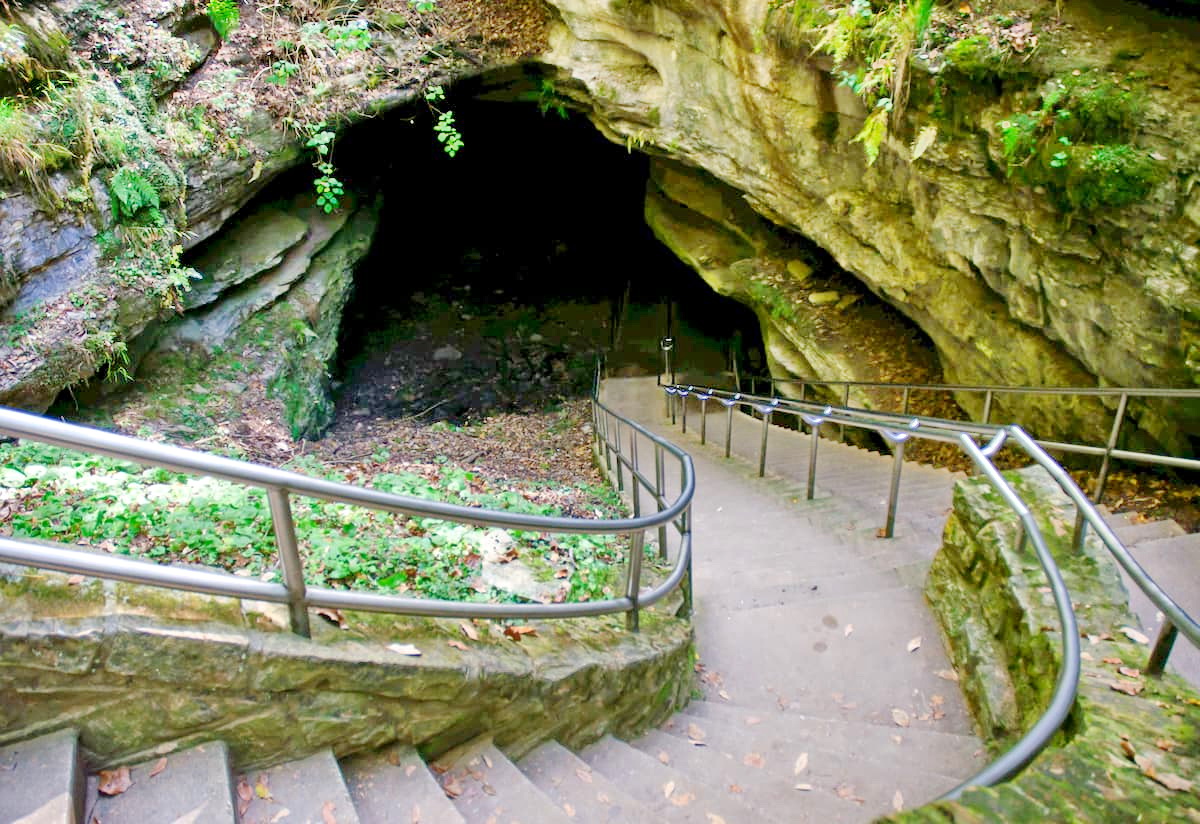 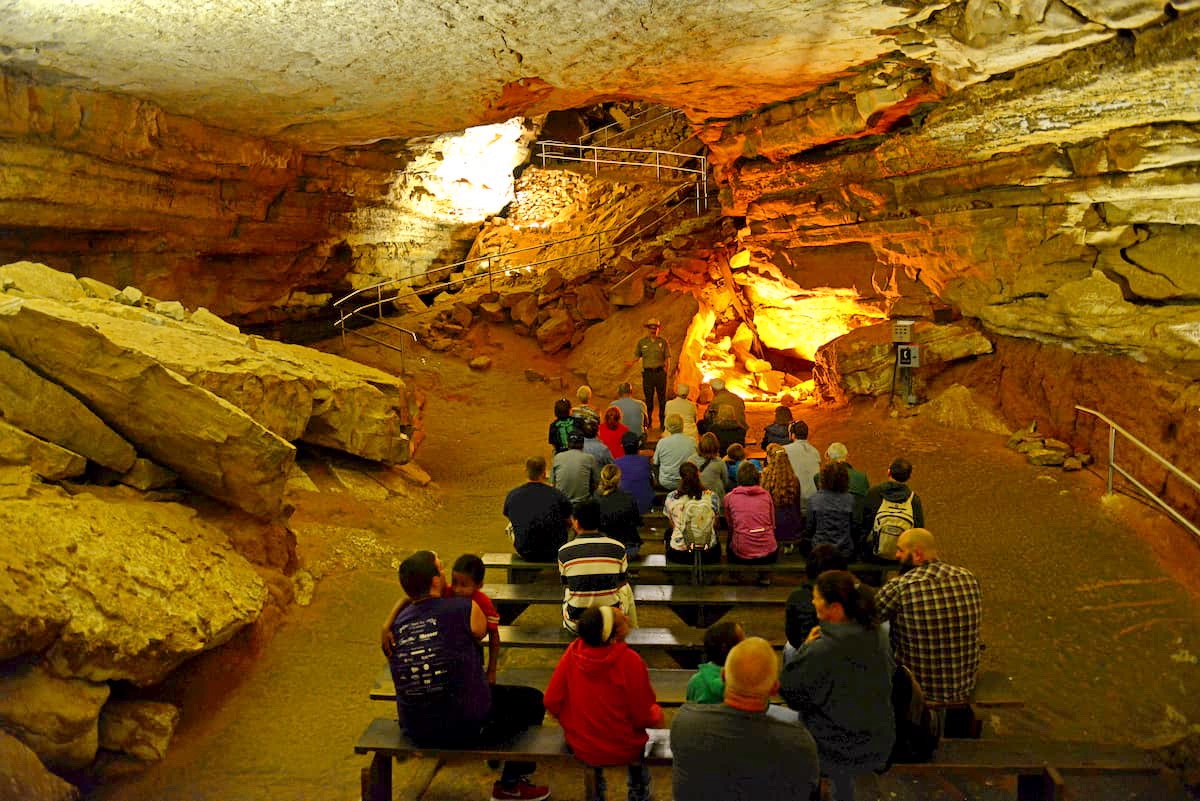 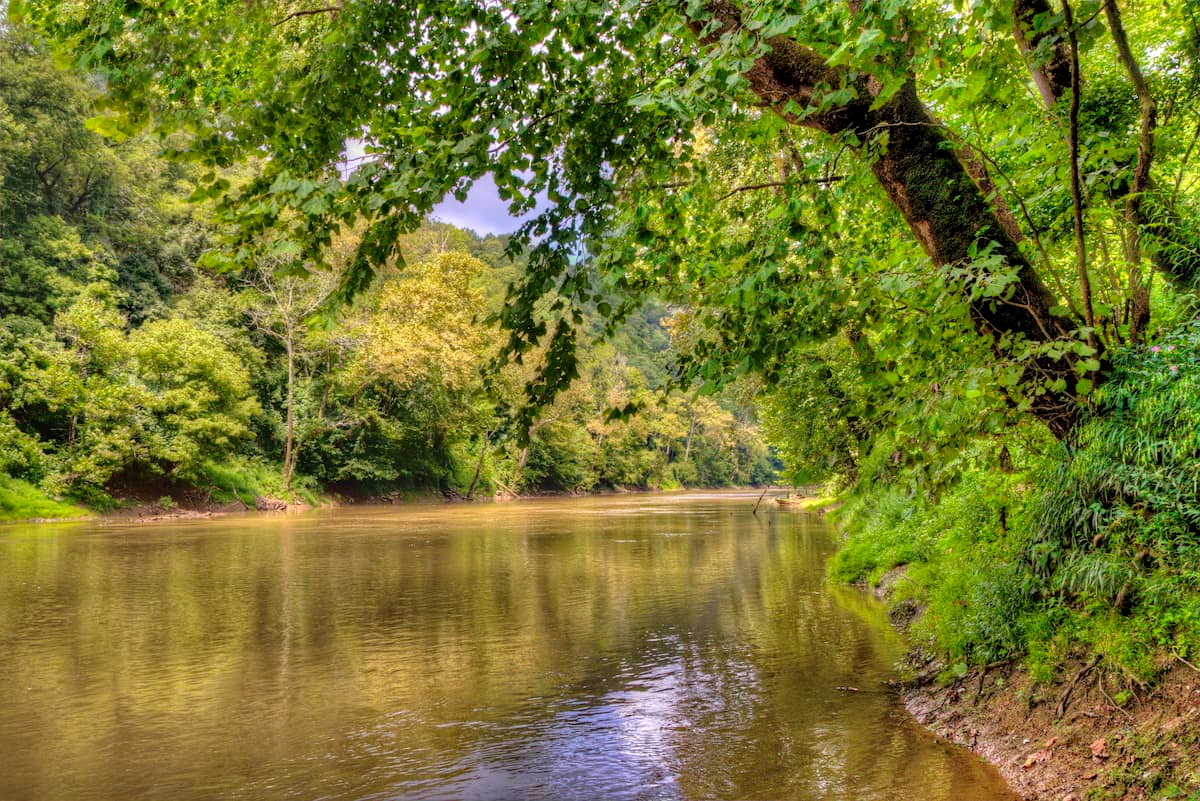