Known for its country music and Moon pies, Tennessee is a landlocked state located in the southeastern region of the United States. Admirably referred to as “The Volunteer State,” Tennessee contains 1,799 named mountains, spans over 42,000 square miles, and is home to the most caves in the states. 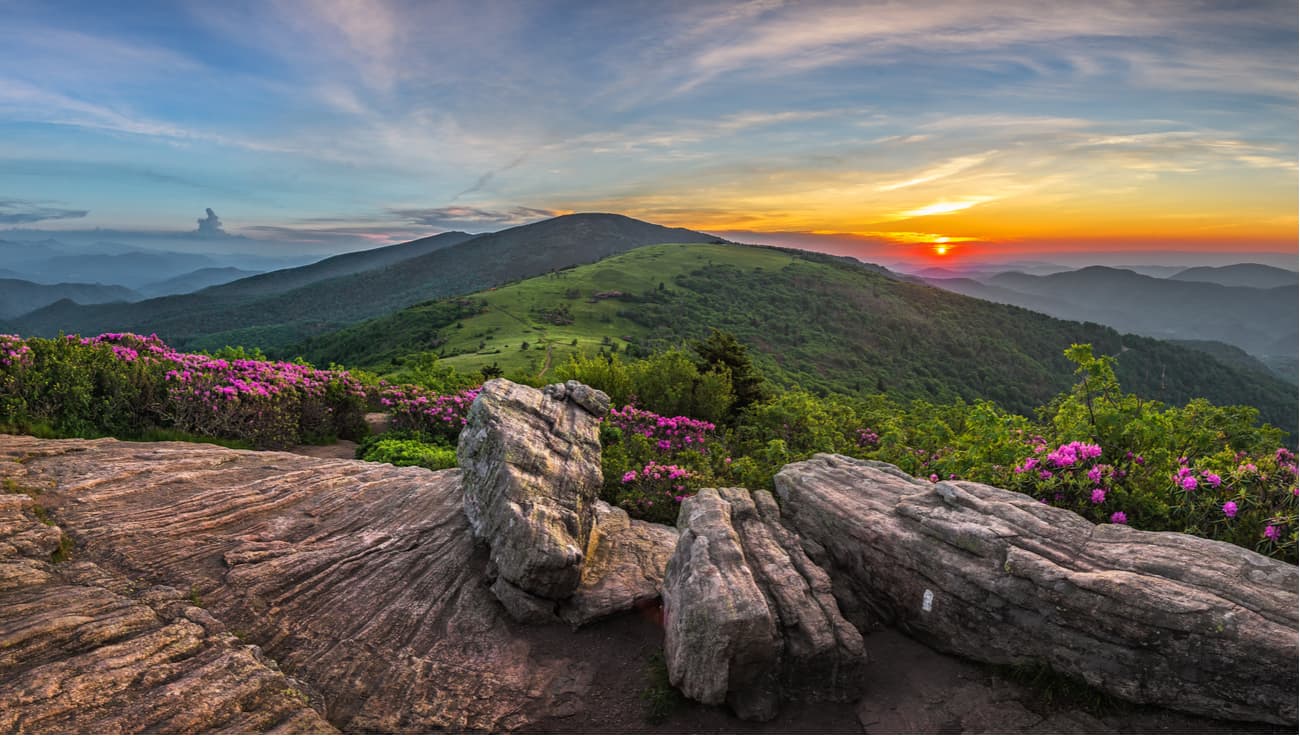 East Tennessee, in particular, contains the state’s largest cities, including Knoxville, and is located entirely within the Appalachian Mountains. The Blue Ridge region, arguably the most popular destination for outdoor enthusiasts, lies on the eastern edge of Tennessee, bordering North Carolina.

The Great Smoky Mountains, or Smokies, are unquestionably the best-known and most visited set of summits in Tennessee. Rising along the Tennessee/North Carolina border, the Smokies house the beloved Great Smoky Mountains National Park, the most visited national park in the states. The Tennessee Smokies are home to several iconic summits, many of which straddle the North Carolina border. These peaks include the illustrious Clingmans Dome, Mount Le Conte, the tallest mountain in the range, Mount Guyot, Mount Kephart, Thunderhead Mountain, and Mount Chapman.

The Bald Mountains, bounded by the Great Smokies and the Unakas, sit along the Tennessee/North Carolina border and are protected by the Cherokee National Forest and Pisgah National Forest. The Bald Mountains region is mostly isolated backcountry wilderness, including the Old Forge Recreation Area, Bald Mountain Ridge Scenic Area, and Sampson Mountain Wilderness. In order to explore the area, hikers must take one of 40+ trails into the wilderness. Big Bald, a lofty, but broad summit, is considered the monarch of the Bald Mountains and the most popular destination in this small subrange of the Blue Ridge Mountains.

Just south of the Smokies, the Unicoi Mountains also hug the Tennessee/North Carolina border. This set of summits is largely protected by the Cherokee National Forest and is one of the most primitive, undeveloped areas in the eastern United States. The Unicois contain several 5,000-foot summits, including Huckleberry Knob, Haw Knob, Hooper Bald, Big Junction, and Stratton Bald. The 3,800-acre Joyce Kilmer Memorial Forest, a popular hiking destination in the northeastern Unicois, is also home to one of the last remaining old growth cove hardwood forests in the eastern United States.

The Unaka Mountains, which include the prominent Roan Highlands, are bordered by the Iron Mountains to the north and the Bald Mountains to the south. The Roan Highlands, in particular, are often revered as one of the most scenic portions of the Appalachian Trail. This area earns its name from the Roan Mountain ridge and contains the longest stretch of grassy balds in the Appalachian Mountains. The Cherokee National Forest and Pisgah National Forest protect a large part of the Unaka Mountains, including Roan High Knob, Roan High Bluff, Cloudland Mountain, Grassy Ridge Bald, Round Bald, and Jane Bald. It’s worth noting that it’s not uncommon to hear the term ‘Unaka Range’ used to describe the entire crest of the Appalachian Mountains along the Tennessee/North Carolina border.

Though Great Smoky Mountains National Park is the indisputable icon of Tennessee’s mountainous region, the state contains a total of fifty-four state parks that cover more than 132,000 acres, making it the perfect destination for outdoor enthusiasts.

Great Smoky Mountains National Park encompasses 522,410 acres of the Great Smoky Mountains along the Tennessee/North Carolina border, making it one of the largest protected areas in the eastern United States. Approximately 95% of the park is forested and several impressive 6,000-foot summits are tucked within its boundaries, including Clingmans Dome, Mount Guyot, Mount Le Conte, Mount Buckley, Mount Love, and Old Black.

The park also offers over 380 miles of scenic roadway to explore. The 31-mile Newfound Gap, which connects Gatlinburg, Tennessee to Cherokee, North Carolina, is the lowest drivable pass through the Smokies and offers some of the most scenic views in the region. Several popular turnouts, including Campbell Overlook, Morton Overlook, and Webb Overlook, make this scenic drive worthwhile.

Nestled at the heart of the Appalachian region, Rocky Fork State Park encompasses 2,076 acres of wilderness in Unicoi County, Tennessee. Rocky Fork State Park is a young state park, earning its state park designation in just 2012. However, the park is packed with plenty of potential for outdoor recreation, including horseback riding, camping, hiking, and mountain biking. Rocky Fork is surrounded on three sides by the Cherokee National Forest, allowing hikers to access the Appalachian Trail. The park is a lot more primitive than other state parks in Tennessee but offers 50 miles of marked trails and old logging roads to explore, as well as equally as impressive views of the Southern Appalachians. Popular hikes in Rocky Fork State Park include: Whitehouse Cliffs and the Flint Creek trail.

The Cherokee National Forest stretches from Chattanooga to the North Carolina border, covering an impressive 650,000 acres of wilderness. Cherokee is Tennessee’s largest area of public land and a local treasure for outdoor recreation. The Forest contains two separate sections – a northern region that sits northeast of the Great Smoky Mountains National Park and a southern section that is situated southwest of the Smokies. Cherokee is home to more than 600 miles of trails, including 150 miles of the Appalachian Trail, and contains eleven official wilderness areas making it a particularly popular destination for backpacking and day hiking. Popular trails include: Margarette Falls, Bald River, Laurel Falls via the Appalachian Trail, Pinnacle Mountain, Blue Hole Falls, Gardens Bluff, and Flint Mill.

Gatlinburg is a vibrant town surrounded on three sides by the Great Smoky Mountains. Home to stunning landscapes and a plethora of popular attractions, Gatlinburg is a perfect vacation destination for anyone with an adventurous spirit. Despite its prime location, Gatlinburg maintains a small-town ambiance, stretching just two miles long by five miles wide. The town itself is walkable, offers an accessible city trolley, and is packed with local restaurants, shops, and accommodations. In addition to being nearby the most visited National Park in the nation, Gatlinburg is home to the Ober Gatlinburg Ski Resort & Amusement Park and one of the best aquariums in the country, Ripley’s Aquarium of the Smokies.

Nestled in the stunning Appalachian Valley, Knoxville sits halfway between the Great Smokies and the Cumberland Plateau. Unlike larger Tennessee cities, like Memphis or Nashville, Knoxville is known for its artsy atmosphere, outdoor recreation, delicious local food, and laid-back local vibe, despite its growing population. Take a stroll through the Historic Market Square to relish in local eateries and listen to local entertainers, soak in the surrounding view at the iconic Sunsphere, hang out at the Knoxville Riverfront, or take a walk at the Ijams Nature Center. There’s plenty to see, do, and experience in the ‘Heart of the Valley.’ 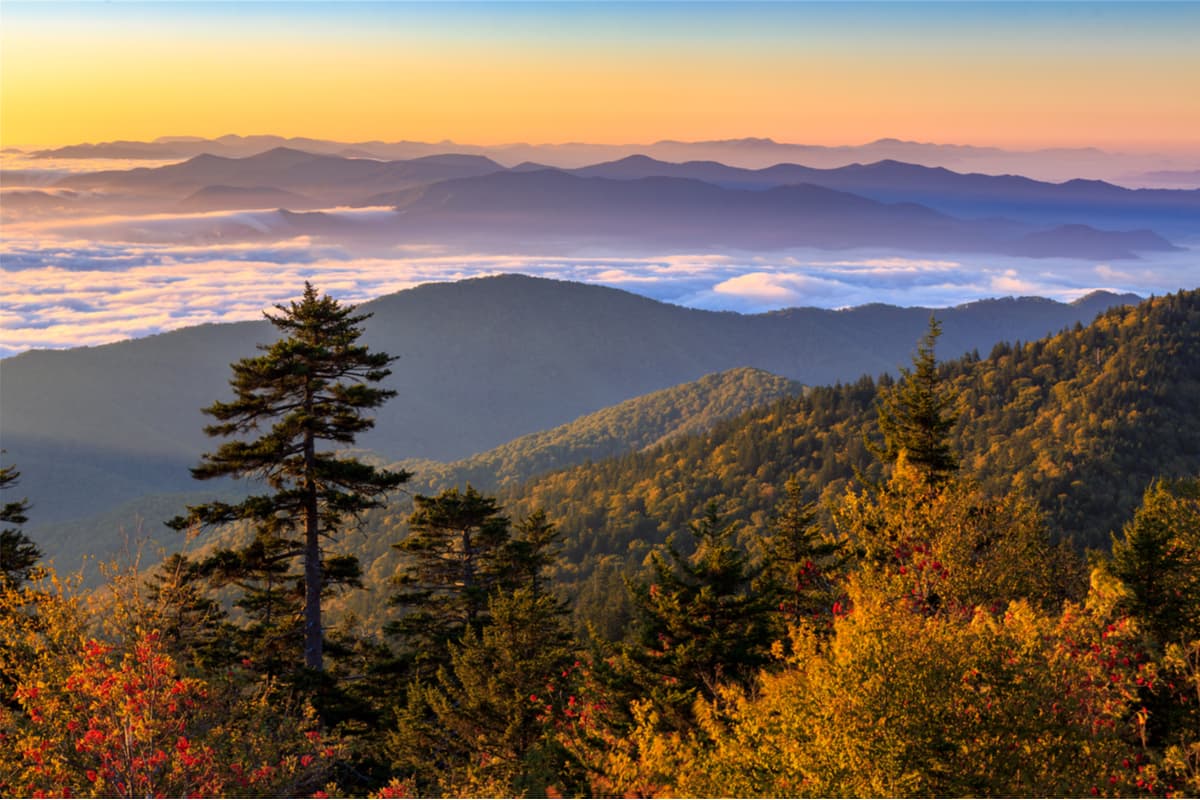 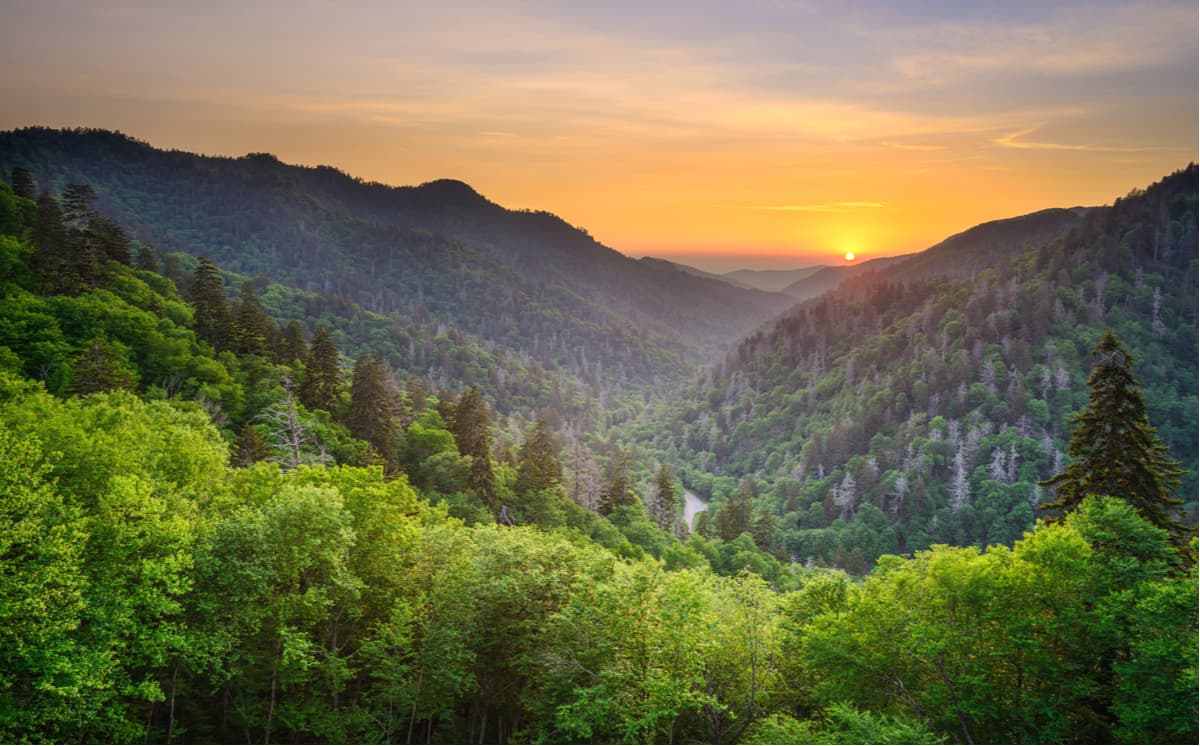 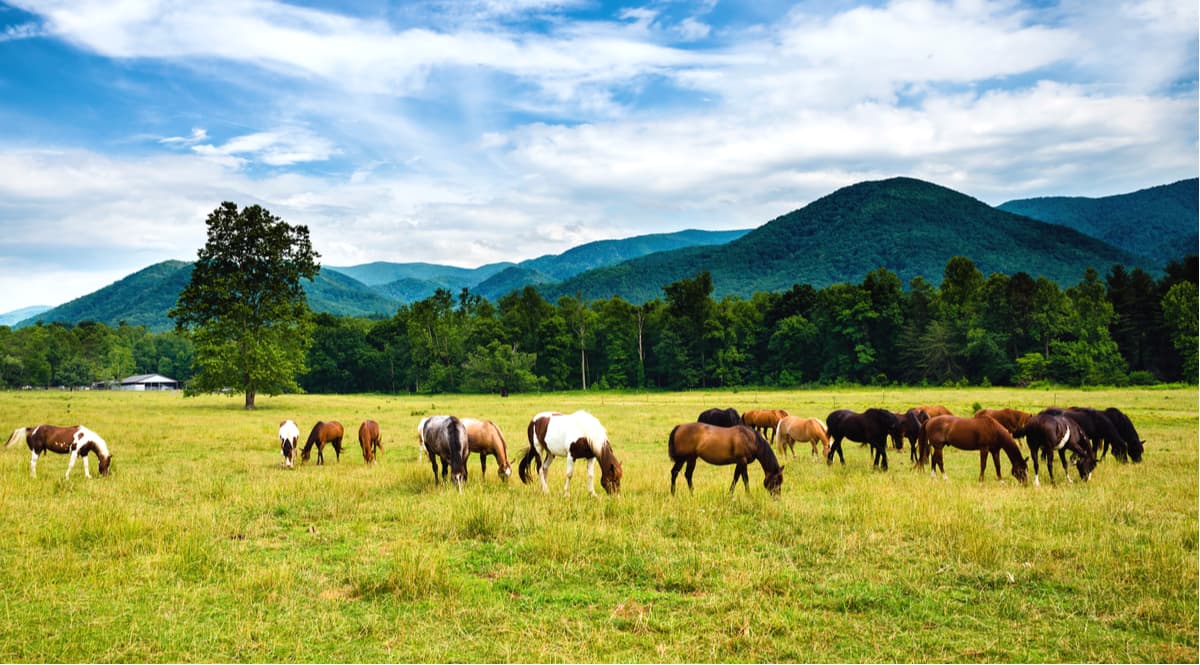 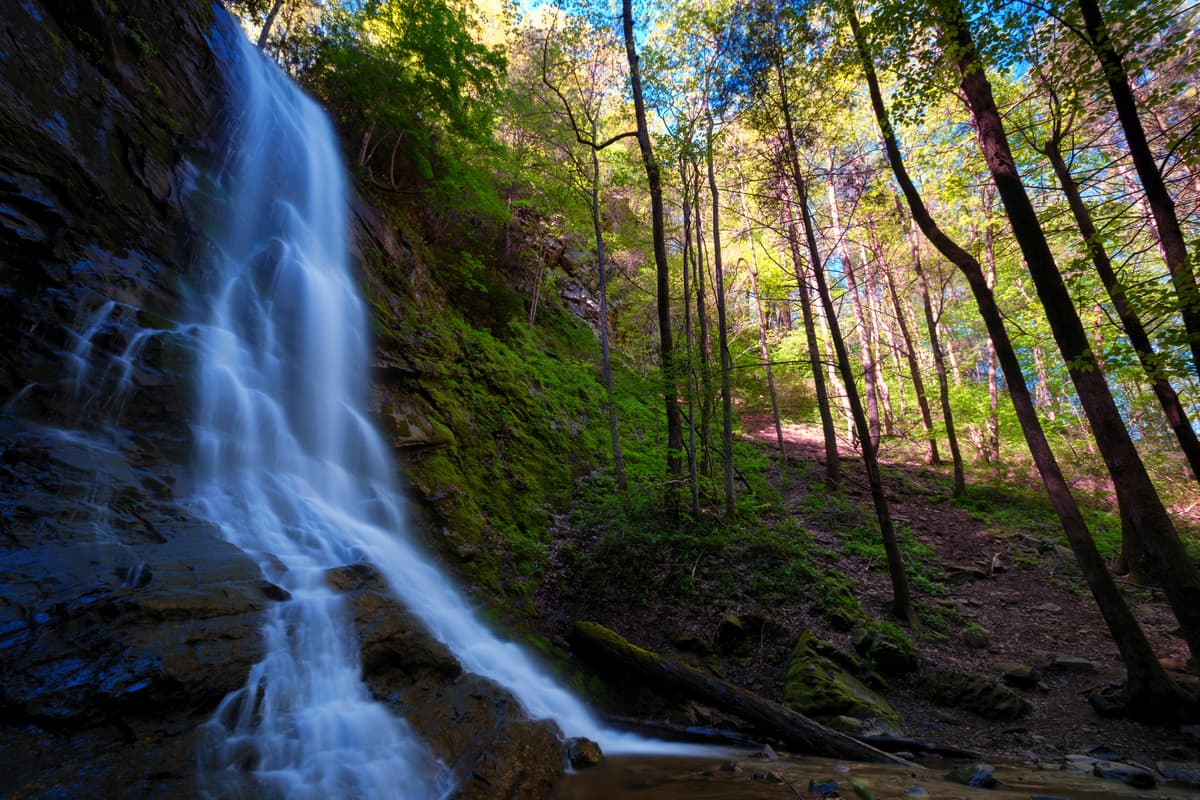 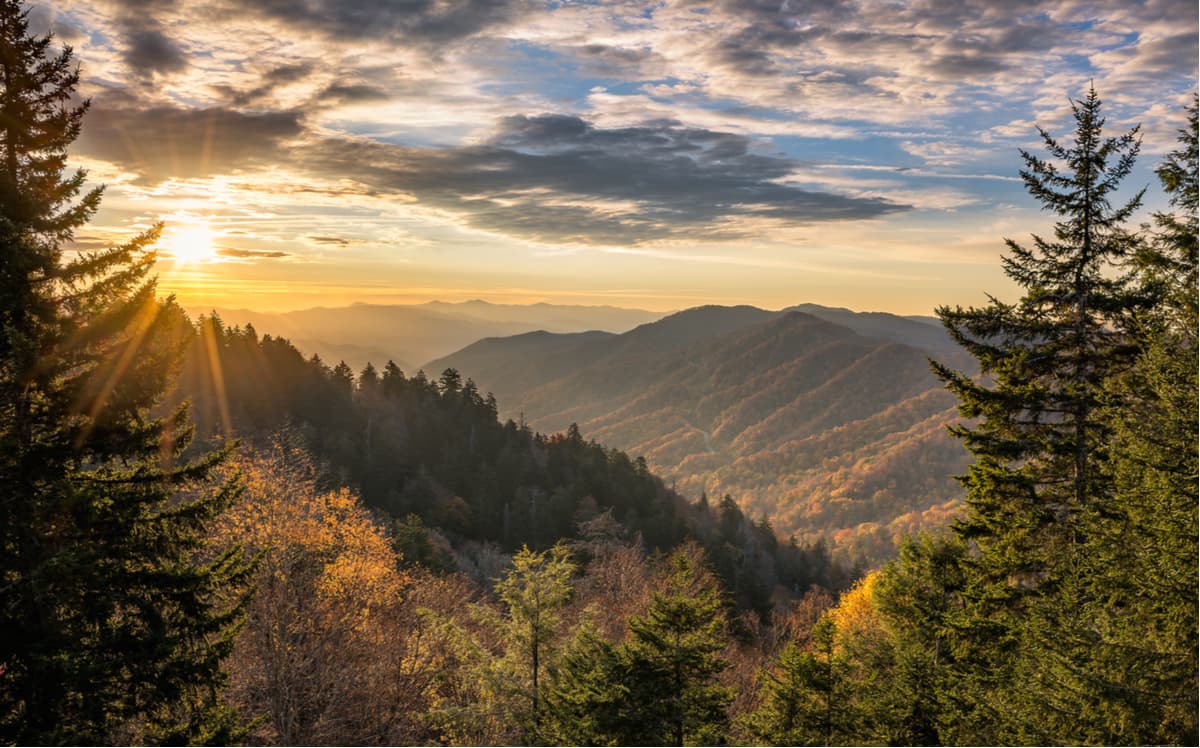 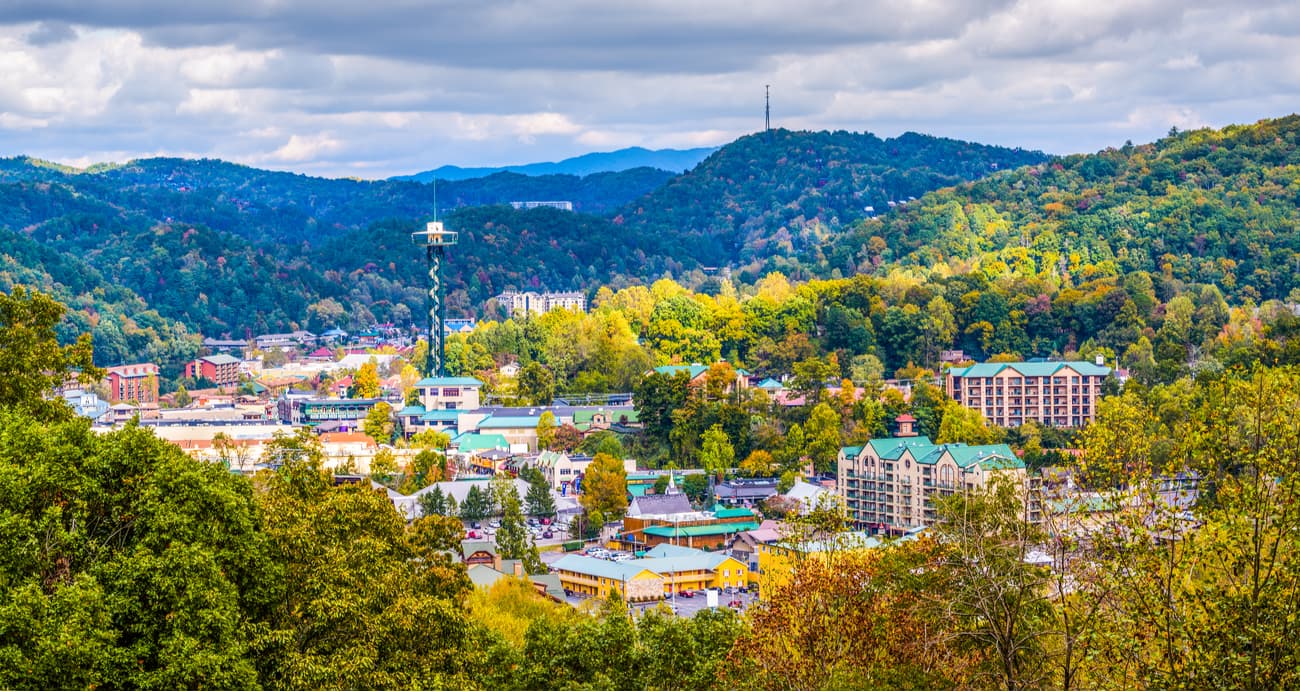