Known for their stunning views of the nearby Great Smoky Mountains to the north, the Unicoi Mountains are a collection of peaks located along the border of the US states of North Carolina and Tennessee. The range contains 84 named mountains, the highest and most prominent of which is Huckleberry Knob (5,564 ft/1,696 m).

For the most part, the Unicoi Mountains are located in Monroe County in Tennessee, however, they also extend partly into Graham County in North Carolina.

Furthermore, the Unicoi Mountains are located to the east of the Appalachian Ridges and to the north of other parts of the Blue Ridge Mountains.

There are also a number of wilderness areas located within the range, including:

Finally, the range is crossed by the famous Cherohala Skyway. The Cherohala Skyway is a National Scenic Byway that extends for some 43 miles (69 km) in an east to west orientation from Robbinsville, North Carolina into Tellico Plains, Tennessee. The name of the skyway is actually a portmanteau of Cherokee and Nantahala, which are the two major national forests that the skyway passes through along its route.

Like the rest of the Appalachian Mountains, the Unicoi Mountains started to form during the Alleghanian orogeny, which took place about 325 to 260 million years ago. Nevertheless, the landforms that we see in the range today are predominately the by-product of millions and millions of years of erosion, mostly at the hands of wind and water.

As the Unicoi Mountains are a subrange of the Blue Ridge Mountains, the ecosystems found in the range are quite typical for the region.

Due to widespread deforestation that took place in the area during the nineteenth and twentieth centuries, the range is mostly home to second-growth mixed forests of both deciduous and coniferous trees. Some of the main species in the range include table mountain pine, shortleaf pine, pitch pine, white oak, hickory, and red oak.

That being said, there are some isolated patches of old growth forest that can be found in the range. This is particularly true around the Joyce Kilmer Memorial Forest, which is one of the most impressive remaining stands of old growth trees left to the east of the Mississippi River. Some of the trees within the forest are more than 400 years old and there is a small trail that leads through the forest for visitors to enjoy.

Furthermore, some of the highest slopes in the range are home to a type of ecosystem that’s locally called a “grassy bald.” These ecosystems are isolated highland meadows that contain stands of thick grass and other similar shrubbery. These are mostly found on the highest peaks in the Unicoi Mountains, such as Huckleberry Knob, but other summits like Hooper Bald and Bob Bald also contain these grassy areas.

As far as wildlife goes, the Unicoi Mountains are home to an assortment of mammals, including gray foxes, red foxes, coyotes, bobcats, wild boars, white-tailed deer, and black bears.

Humans have lived in the area in and around the Unicoi Mountains since time immemorial. The range is the traditional territory and ancestral homelands of many people, though the most dominant tribal nation in the region at the time of European contact was that of the ancestors of the Eastern Band of Cherokee Indians (ᏣᎳᎩᏱ ᏕᏣᏓᏂᎸᎩ/Tsalagiyi Detsadanilvgi).

The ancestors of the Eastern Band of Cherokee Indians have lived in the region of the Unicoi Mountains for thousands of years. They established their current governmental structure, written constitution, and written language system in the early nineteenth century.

However, people of European descent began arriving in the region during the latter part of the seventeenth and the early part of the eighteenth centuries, with the earliest known Europeans having visited the region as part of Spaniard Hernando de Soto’s 1540 expedition. Early English colonizers established communities at the foothills of the range, such as in the now-abandoned town of Tanasi.

The real conflict came in the early eighteenth century, however, as the United States passed the Indian Removal Act of 1830, which allowed for the government-sanctioned forced removal of Indigenous peoples from their homelands. The Cherokee Nation (ᏣᎳᎩᎯ ᎠᏰᎵ/Tsalagihi Ayeli) of what is now Oklahoma, was one of the many tribal nations that was forcibly removed from the region and forced to walk to Oklahoma on the Trail of Tears.

These days, some of the members of the Eastern Band of Cherokee Indians, many of whom live on land in the tribal nation-owned Qualla Boundary, are descendents of people who were forced to walk the Trail of Tears and then returned. Others managed to maintain control of their land in what is now eastern Tennessee and western North Carolina while others had to hide in the mountains to avoid being deported.

Nowadays, the Eastern Band of Cherokee Indians is a sovereign nation with more than 14,000 enrolled members. The nation owns the Qualla Boundary, which is located in western North Carolina. However, this is not a reservation as it is owned by the nation and held in trust by the US government, which makes it different from reservation land that is “given” to a tribal nation by the government.

During the early twentieth century, the Unicoi Mountains were the site of an attempted boar hunting reserve that was located on Hooper Bald. The owners of the reserve imported boars from Europe, many of which escaped from the reserve and are now found throughout the region.

Not long afterward, logging companies established operations in the range. In particular, companies like the Babcock Lumber Company logged massive areas in the Unicoi Mountains, causing widespread environmental issues. By the mid 1920s, however, a forest fire had destroyed much of the company’s infrastructure.

At this point, the negative effects of this over-logging were well known and the US Forest Service decided to purchase parts of the land to help the forest regrow.

During the 1960s, US Congress allocated funding for the establishment of the Cherohala Skyway, which crosses the Unicoi Mountains. It took approximately 34 years to complete the entire highway, which cost over $100 million in 1996 dollars to construct. However, the road remains a popular scenic drive that’s well worth doing if you’re in the area.

Nowadays, the Unicoi Mountains remain a popular place to recreate for locals and tourists alike. In many ways, the range is overshadowed by the exceptionally popular Great Smoky Mountains to the north, but it is still a fantastic place to visit if you’re looking to go on an adventure that’s a bit off the beaten path.

Although they may not be as well known as the nearby Great Smoky Mountains, the Unicoi Mountains are an amazing hiking destination in their own right, especially if you’re looking to beat the crowds. Here are some of the best hiking areas to check out during your next visit to the range:

Extending down much of the length of the North Carolina/Tennessee border, Cherokee National Forest is a large swath of federally protected land that contains some of the most mountainous terrain in the southeastern US. The forest as a whole contains some 257 named mountains, the highest and most prominent of which is Roan High Knob.

While Cherokee National forest contains a number of other ranges in addition to the Unicoi Mountains, the major attraction of the Unicoi part of the forest is the Joyce Kilmer-Slickrock Wilderness. The wilderness is home to some of the oldest trees in the eastern United States as it contains some of the last remaining old growth forest in this part of the country.

There are a number of superb trails in the forest for visitors to enjoy, such as the Memorial Loop Trail, the Slickrock Creek Trail, and the Ike Branch Trail.

Encompassing a substantial portion of western North Carolina, the Nantahala National Forest is the largest of the state’s four national forests. As a whole, the Cheoah Ranger District in the forest is home to 67 named mountains, the highest and most prominent of which is Huckleberry Knob.

There are dozens of hiking trails to check out in the Unicoi Mountains section of Nantahala National Forest. Some of the most popular include the paths to the summit of Huckleberry Knob as well as the trails to the summit of Bob Bald in the Citico Creek Wilderness.

Looking for a place to stay near the Unicoi Mountains? Here are some of the best cities and towns to check out:

One of Tennessee’s fastest growing communities, Chattanooga is a city of some 180,000 people located on the banks of the Tennessee River near the state’s border with Georgia. The city is considered to be a transportation hub because it is crisscrossed by numerous railroads and highways.

These days, Chattanooga’s economy is seeing a massive revitalization. Initially, the city was dominated by manufacturing, however, it is now also diversifying into a tech city with a number of startups popping up in Chattanooga each year. The city also has some popular museums, theaters, and cultural attractions to help you learn more about the unique history of the area.

The third largest city in the state of Tennessee, Knoxville is a community of some 190,000 people situated in the eastern part of the country. It is now one of the state’s major economic centers, thanks to its revitalized downtown area.

Knoxville is home to the University of Tennessee’s flagship campus, so it’s a good place to stay if you want to see some of the college’s sporting events. It’s also a gateway city to the Appalachians, due to its proximity to Great Smoky Mountains National Park.

Situated on the eastern edge of the Unicoi Mountains and the Plott Balsam Mountains in western North Carolina, the community of Sylva is a town of some 2,500 people in Jackson County.

Sylva is home to Western Carolina University, which is one of the schools in the University of North Carolina system. It also hosts a number of annual events, including the Greening Up The Mountains Festival and the Hook, Line & Drinker Festival, both of which are well worth checking out.

The community of Tellico Plains is a town of some 900 people located in eastern Tennessee at the foothills of the Unicoi Mountains. Tellico Plains was once home to the Babcock Lumber Company, which was one of the major timber companies in the area during the nineteenth and twentieth centuries.

Nowadays, Tellico Plains is known for being located along the Trans America Trail, which is a 5,000 mile (8,000 km) crosscountry route designed for OHV use. Many riders of the trail stay in Tellico Plains as part of their journey. Technically speaking, the original route started at Tellico Plains, however, it has since been expanded to include trails from New York to Oregon. 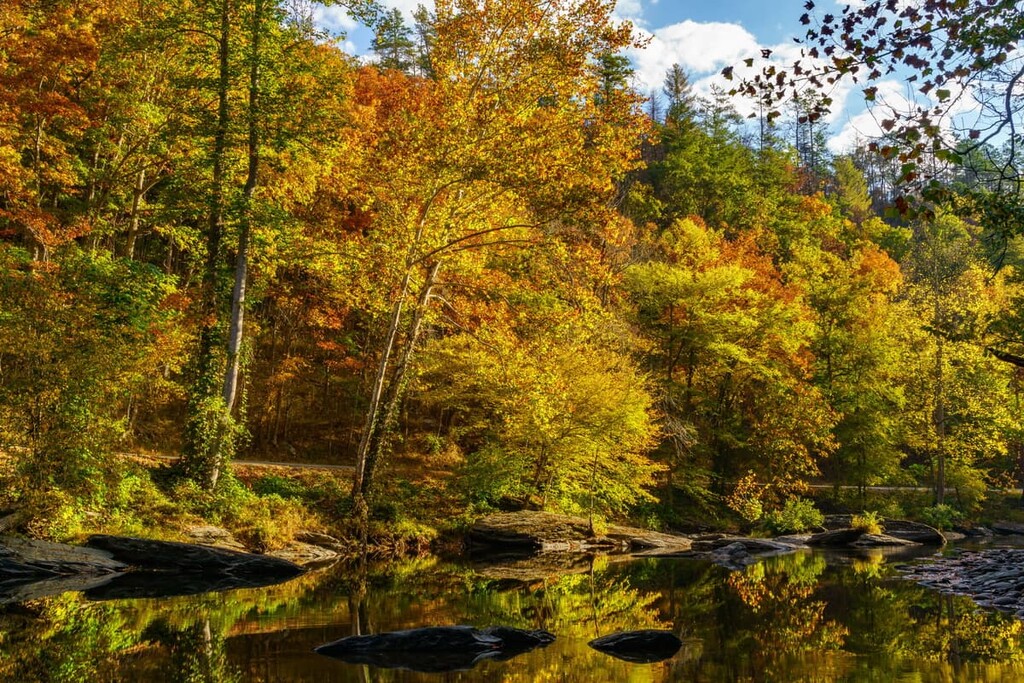 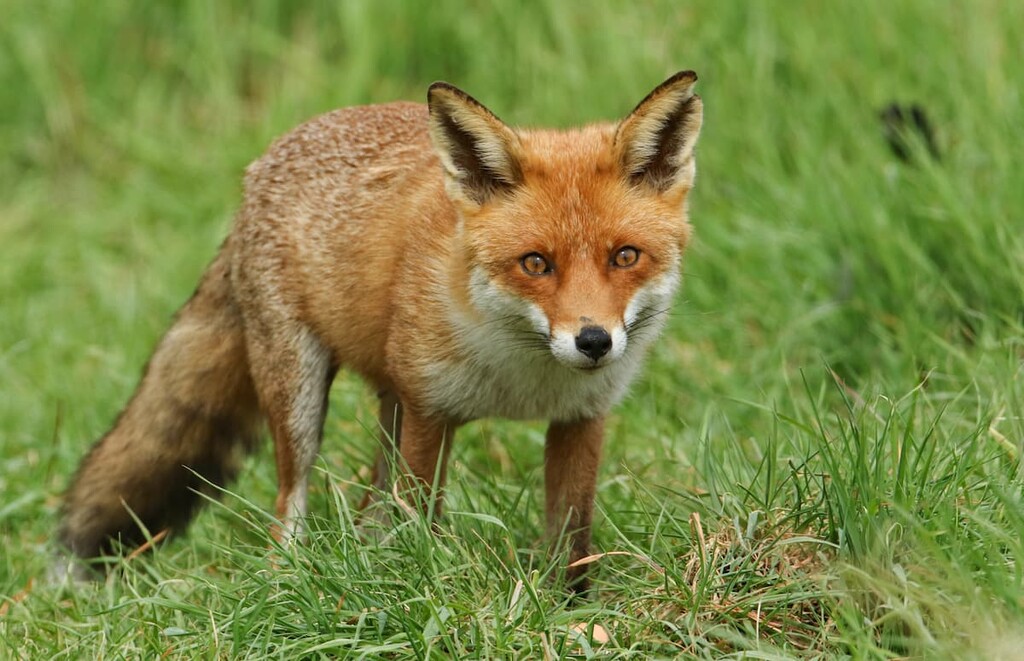 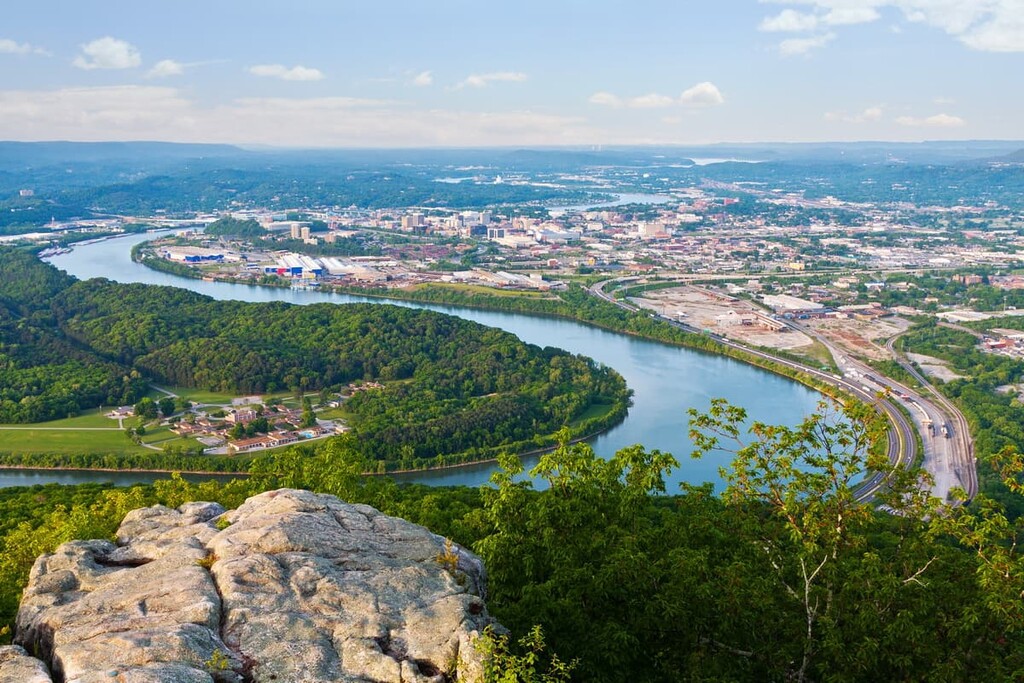 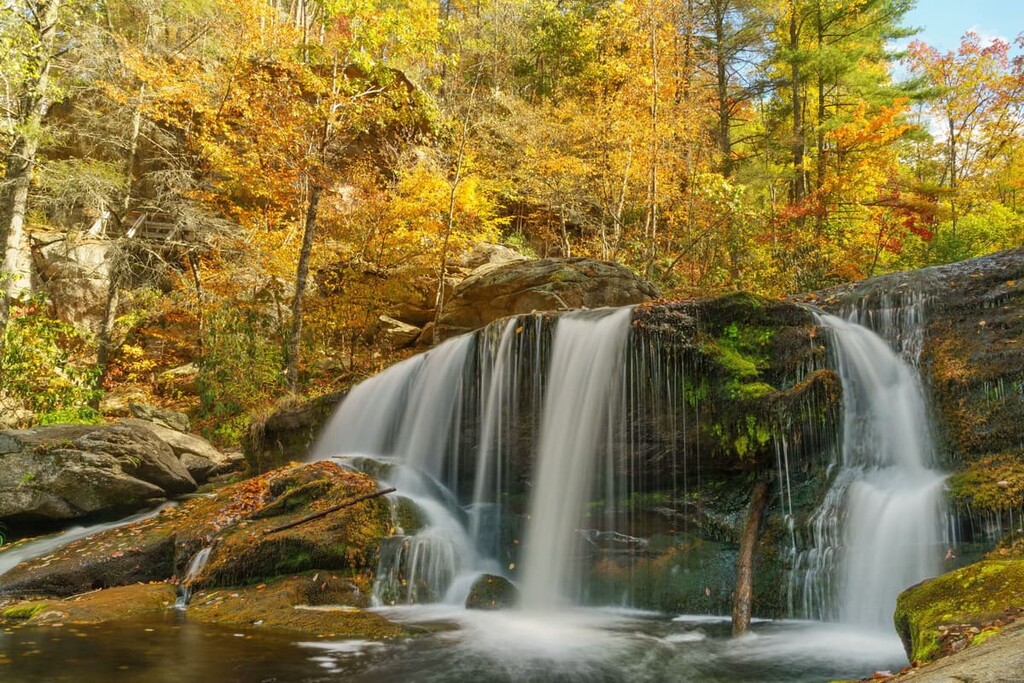 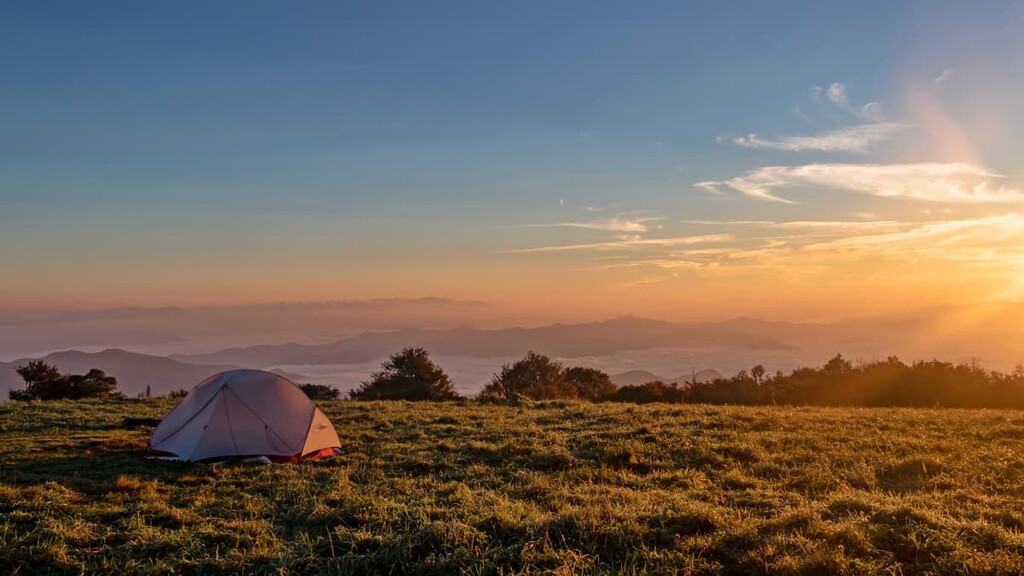 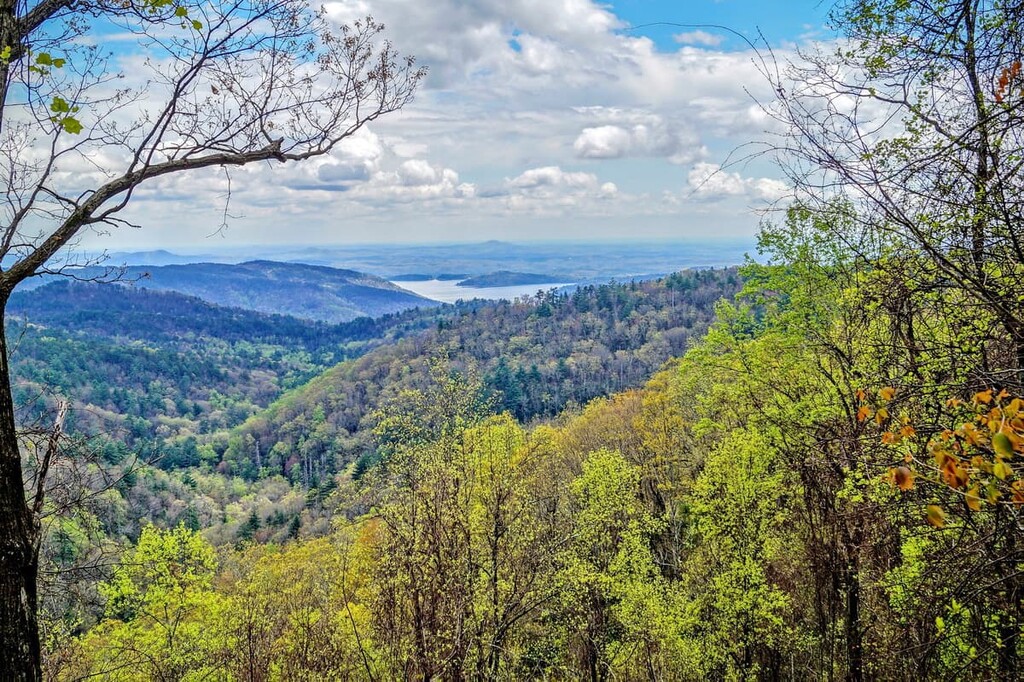