Featuring the rugged peaks of the Blue Ridge Mountains, Jefferson National Forest is a federally managed recreation area within the US states of Virginia, West Virginia, and Kentucky. It is home to 320 named peaks, the highest of which is Mount Rogers (5,709ft/1,740m) and the most prominent of which is Apple Orchard Mountain (4,209ft/1,283m).

Additionally, Jefferson National Forest has been administratively combined with the George Washington National Forest to the northeast since 1996. Combined, the two forests cover some 2,800.3 sq. miles (7,252.8 sq. km) of land, which is among the largest public land areas in the eastern USA, save for the Adirondack State Park.

While the George Washington National Forest and the Monongahela National Forest form the majority of Jefferson National Forest’s northern border, to the south, it is adjacent to the Cherokee National Forest in Tennessee. Much of the region to the east of the forest is well populated, thanks to the nearby cities of Roanoke, Lynchburg, and Richmond, Virginia.

Meanwhile, the major geographic feature to the west of the Jefferson National Forest is the New River Gorge National River, which is also a famous rock climbing area.

Jefferson National Forest contains over one dozen wilderness areas. These include:

Geologically, the mountains within Jefferson National Forest are part of the Appalachian Mountains, which stretch from the province of Newfoundland and Labrador in Canada to the north, all the way to Alabama in the south.

Within the Appalachians, the peaks are part of the Blue Ridge Mountains, which is a subsection that stretches for some 550 miles (885km) throughout the states of Maryland, West Virginia, Virginia, North Carolina, South Carolina, Tennessee, and Georgia

The Blue Ridge Mountains comprise a physiographic province, which is a large region that has a distinctive set of features and landforms (a.k.a. a geomorphology). Much of the bedrock in the region is highly metamorphosed, with some dating back to the Precambrian.

Although a substantial amount of bedrock in the region, which is predominantly quartzites, schists, slates, and gneisses, formed long before the peaks we see today, the region began to take shape some 1.1 billion to 250 million years ago during the Grenville orogeny. It further grew in size during the subsequent Alleghanian (a.k.a. Appalachian) orogeny some 325 million to 260 million years ago.

Thus, the mountains within Jefferson National Forest are much older than some of the major mountain ranges on Earth, including the European Alps and the Himalaya.

They are also distinct geologically from those in the George Washington National Forest, which experienced comparatively little metamorphism and is dominated by westward folded sedimentary rock.

Like the nearby George Washington National Forest, the Jefferson National Forest is dominated mostly by the flora and fauna of the Appalachian-Blue Ridge forests ecoregion, which covers a substantial portion of the eastern United States.

Within the region there are over 100 different tree species, though the lowest elevations are predominantly deciduous oak forests while above about 4,400ft (1,350m), the landscape transitions into spruce-fir forests.

Moreover, despite the region’s extensive history of logging, there are still some sizable stands of old growth forests within the combined boundaries of the George Washington and Jefferson National Forests.

As far as wildlife goes, the region is home to a number of small and medium-sized mammals, including bobcats, martens, weasels, and otters. White-tailed deer are also a common sight, and black bears are occasionally spotted within the forest, though their range extends far beyond its boundaries.

Like much of the eastern United States, humans have long inhabited the region that is now Jefferson National Forest. Although countless groups have called the area in and around the forest home over the millenia, major groups include the Monacan, Sappony, Tutelo, Moneton, Calicuas, and Cherokee.

In 1995, Jefferson National Forest was administratively combined with George Washington National Forest. These two forests are roughly separated by the banks of the James River, though they are both administered from the Forest Service’s offices in Roanoke, Virginia.

Here are some of the best places to hike in Jefferson National Forest:

The 4.1 mile (6.6km) Dragon’s Tooth Trail is a popular hiking area near Cove Mountain. The hike takes you to the top of a scenic overview, which provides excellent views of the surrounding region and the rest of the Blue Ridge Mountains.

The Mount Rogers Trail is a 12.4 mile (19.9km) out and back trail that takes hikers to the summit of Mount Rogers. It’s a challenging hike through a densely forested region which offers good views from the summit.

Here are some of the best places to stay before or after a trip into Jefferson National Forest:

The city of Roanoke is located just east of Jefferson National Forest. It is home to nearly 100,000 people and is the site of the forest’s headquarters.

Roanoke is the largest city in southwestern Virginia and is a major commercial hub of the region. The city is serviced by a number of highways (including the Blue Ridge Parkway) as well as the Roanoke-Blacksburg Regional Airport.

Charleston is the capital and largest city in West Virginia with a population of around 46,000 people. It is situated just west of Jefferson National Forest and it is a good place to start your journey if you’re coming from the west.

The city is home to many of West Virginia’s major universities, as well as its largest airport - Yeager Airport. Charleston also gets regular Amtrak train service along the Cardinal route, which travels between New York and Chicago.

Richmon is the capital of the Commonwealth of Virginia and its fourth-most populous city, with around 200,000 inhabitants. It is located well east of Jefferson National Forest and is well connected by Richmond International Airport. The city is also a hub for the Greyhound Lines long-distance bus service, which offers good connections to other major cities on the Eastern Seaboard. 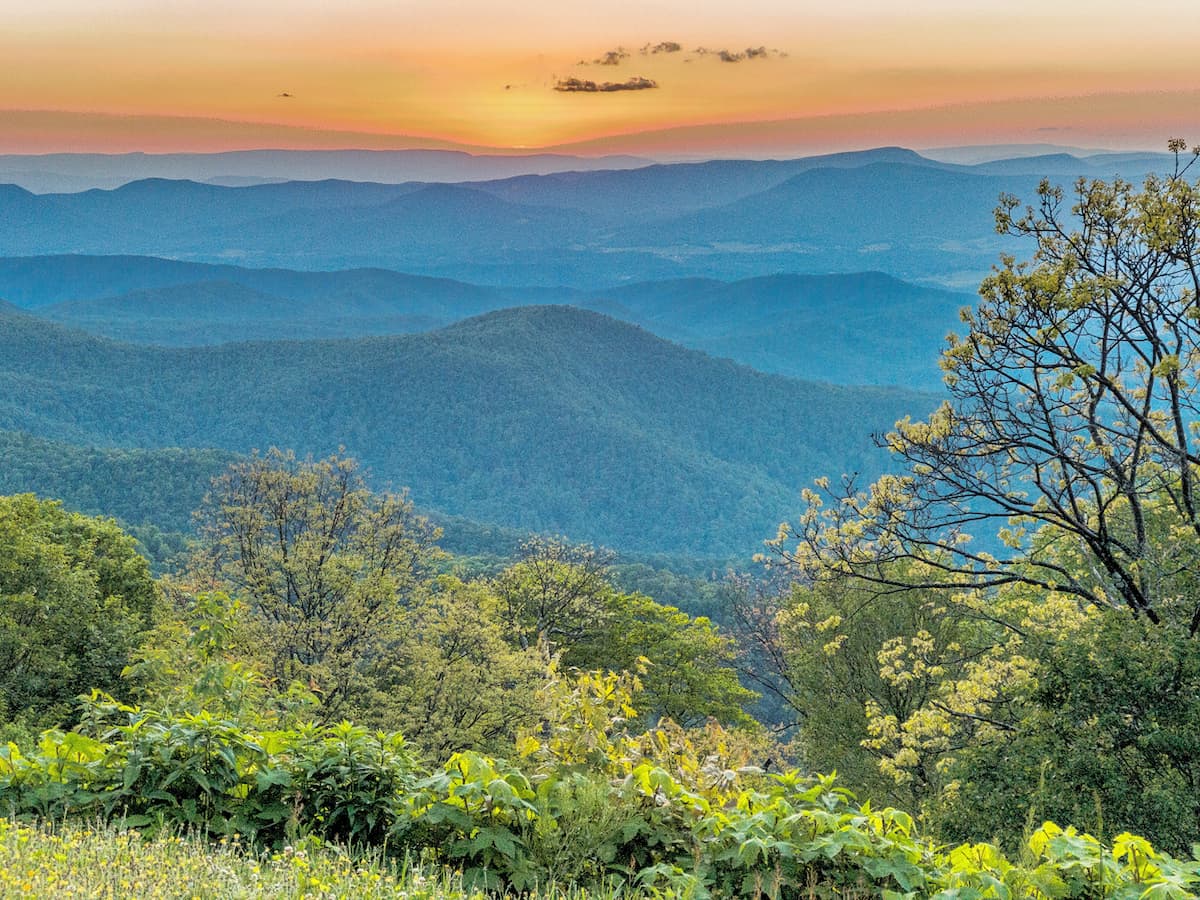 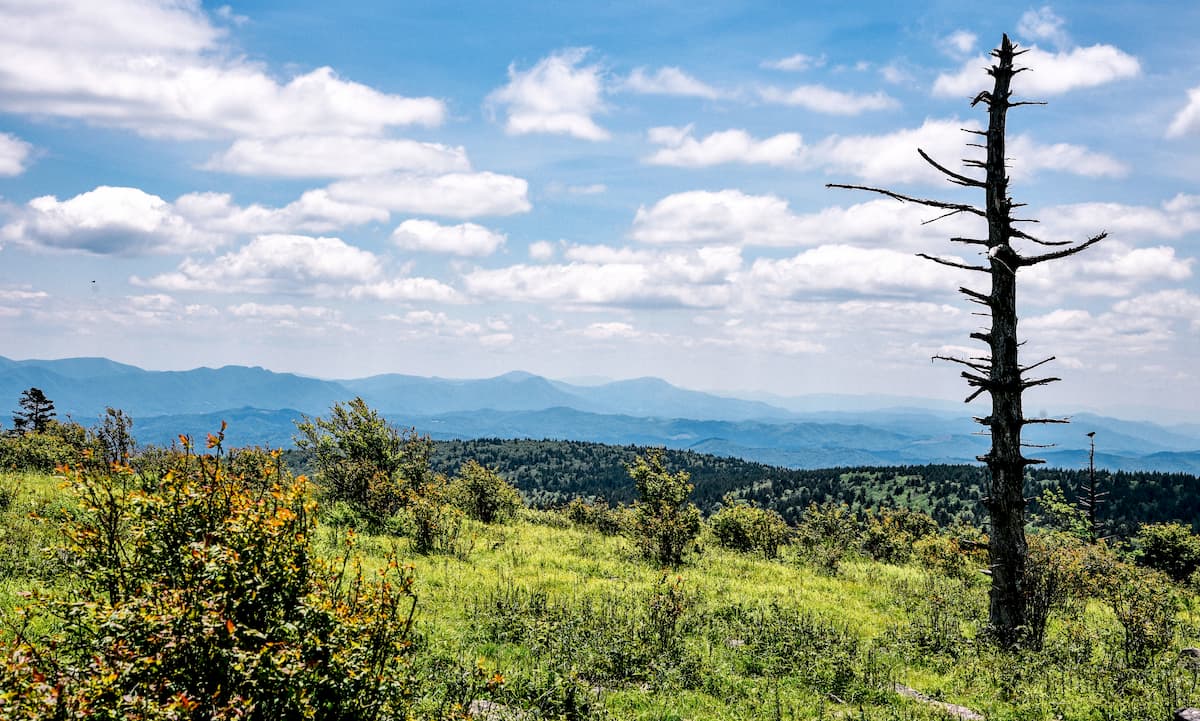 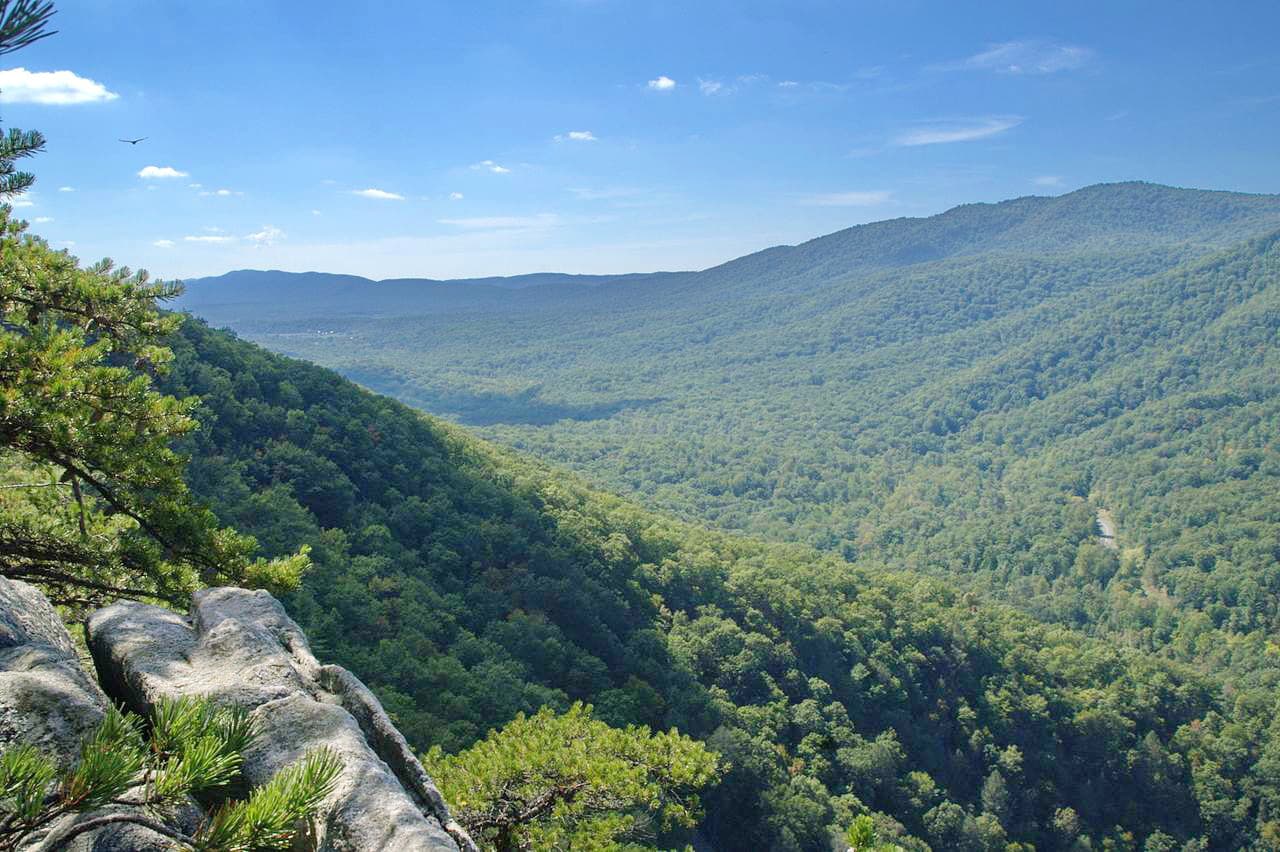 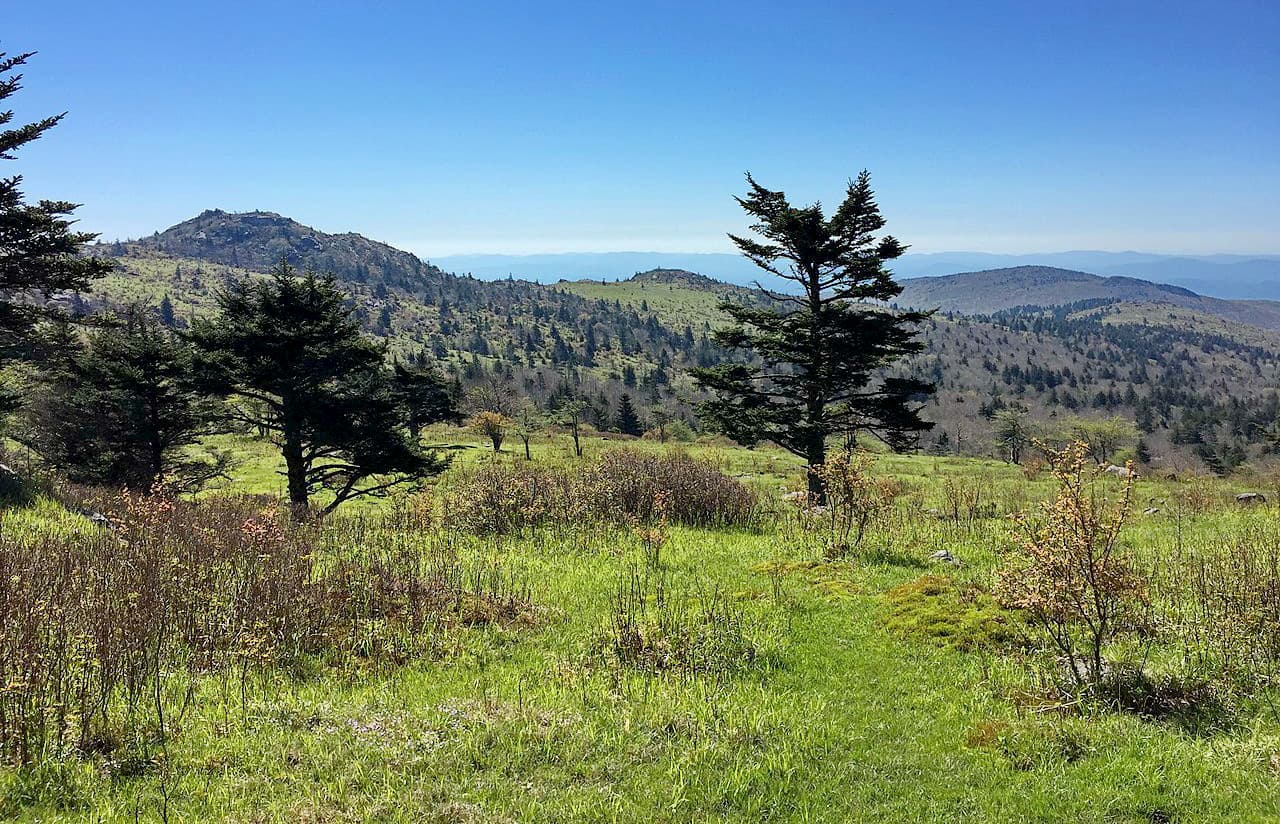 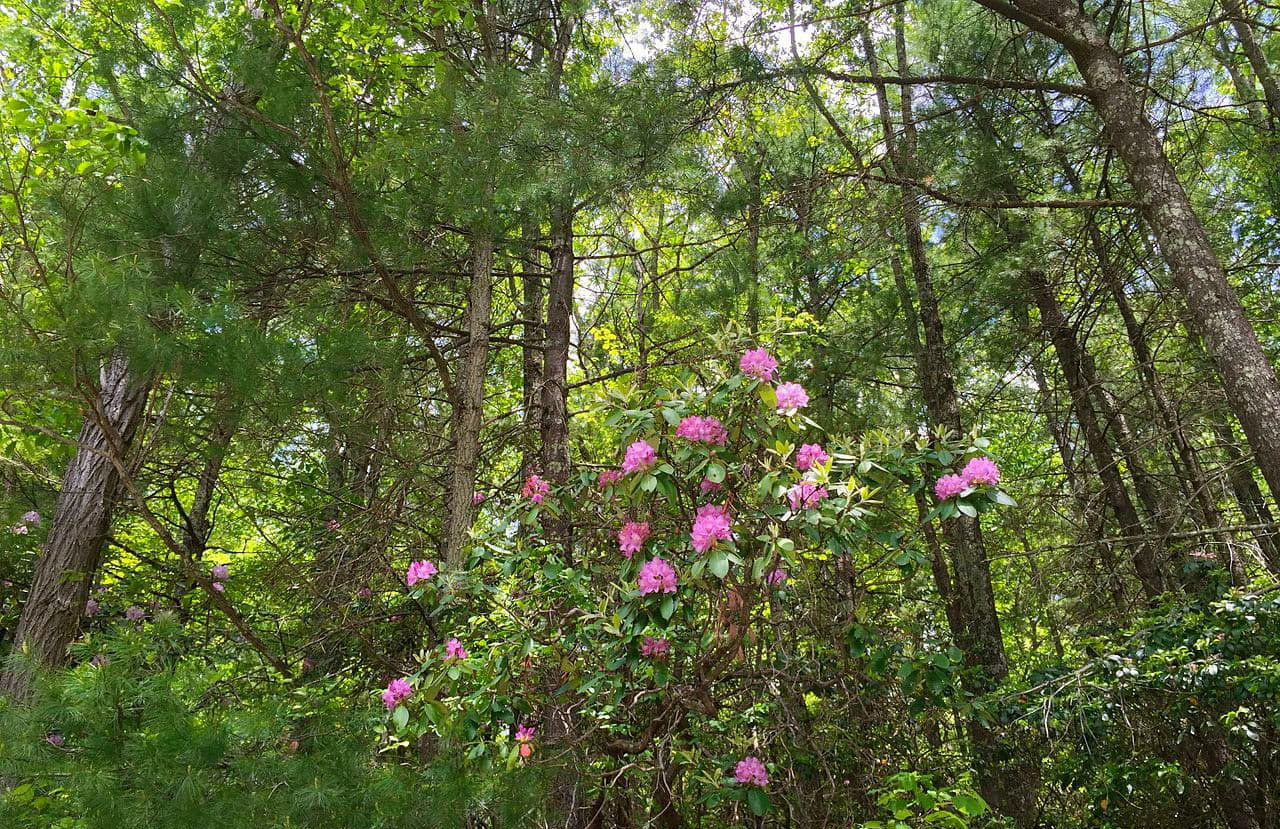 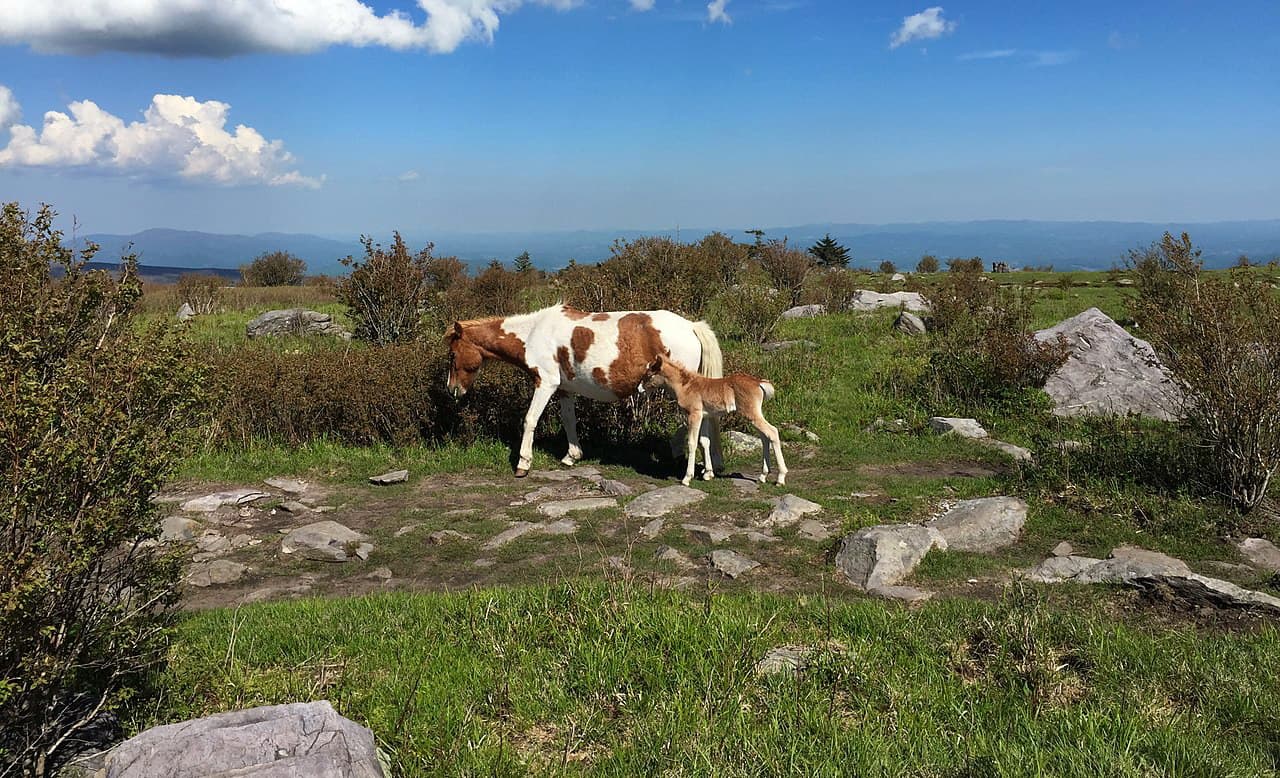 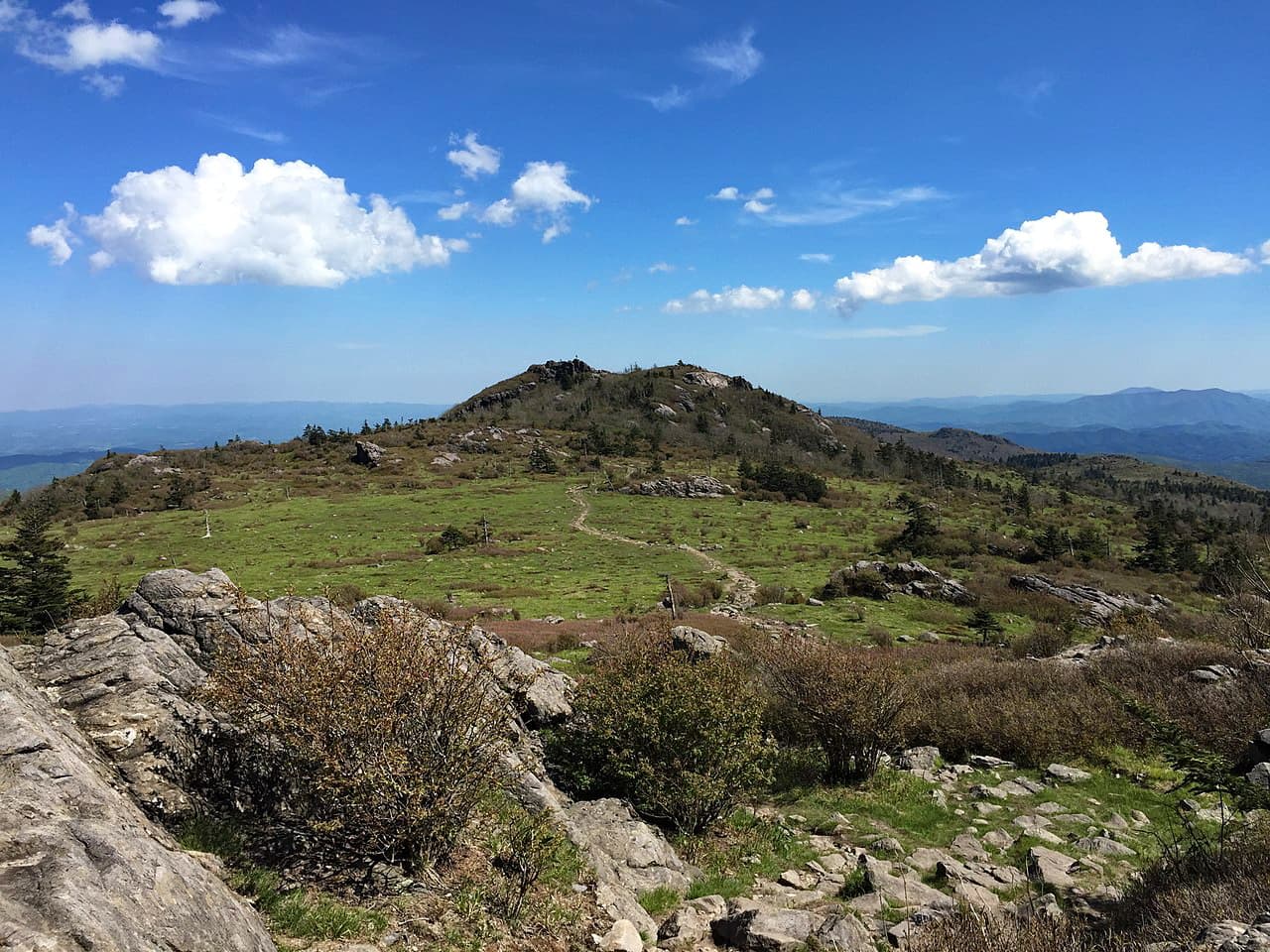 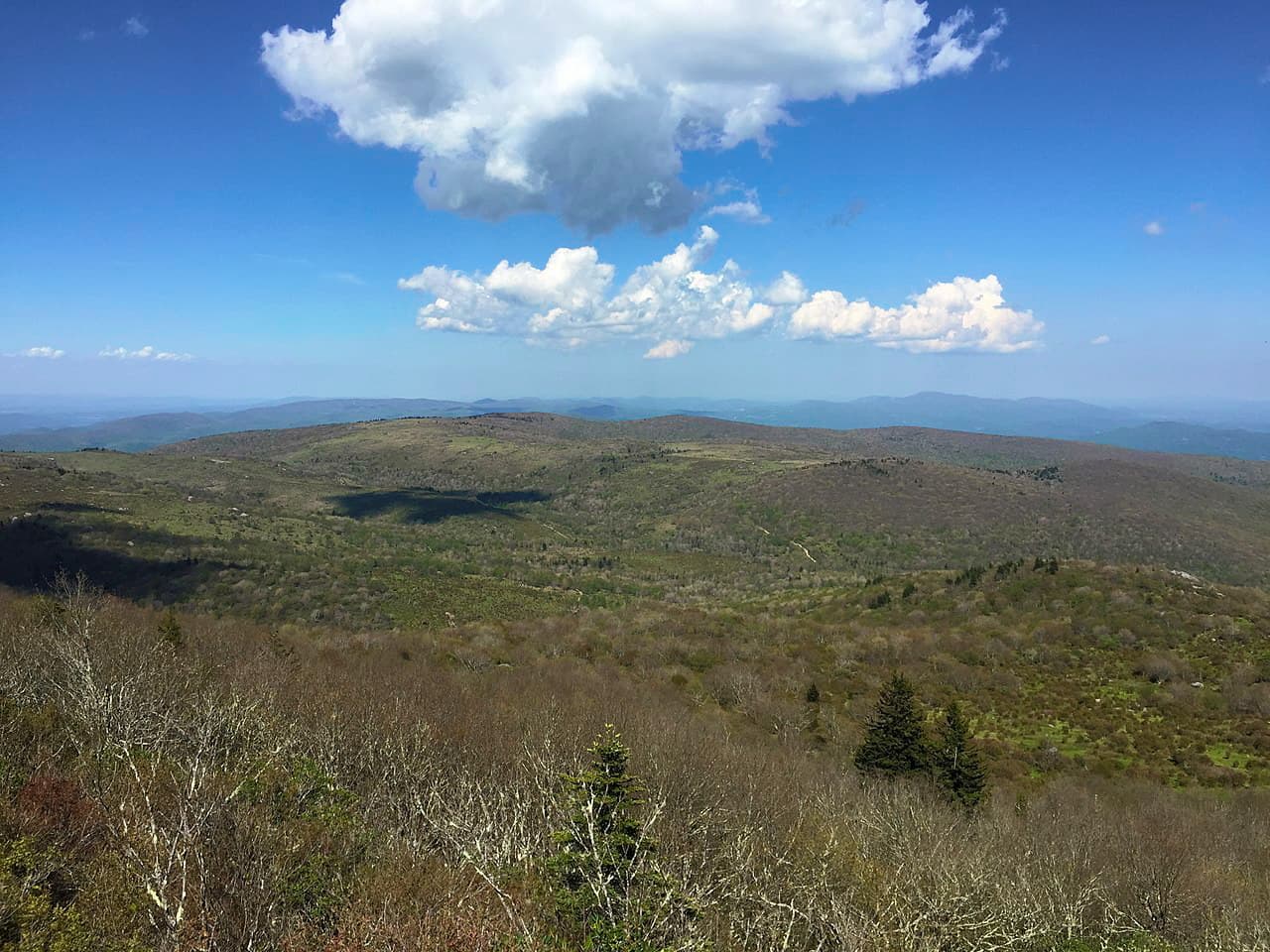