Maine is the northernmost state in the northeastern United States and the 12th smallest state by area. Despite its modest size, Maine is admirably referred to as “The Pine Tree State” due to its expansive pine forests. In fact, hardwood forests cover more than 80% of the state, making it the most heavily forested U.S. state. 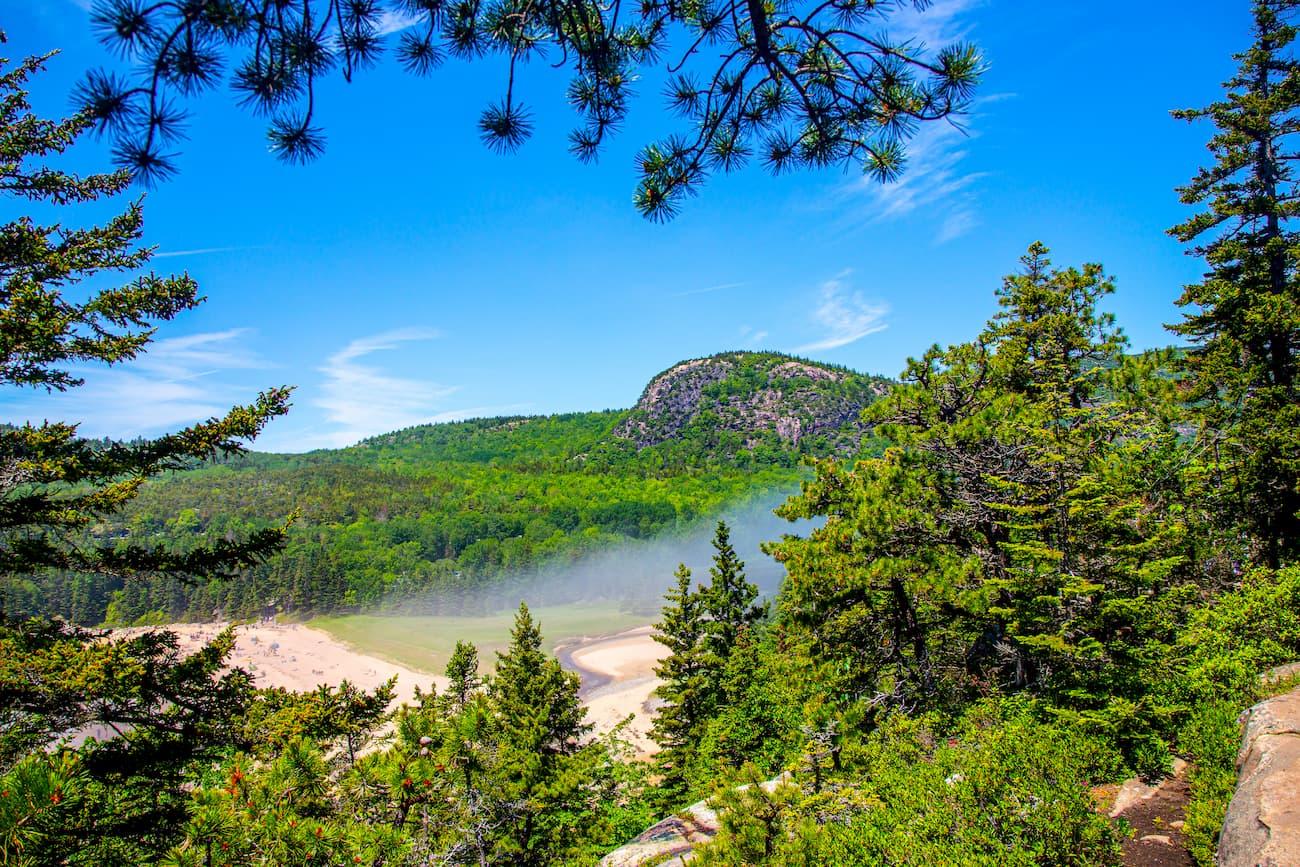 The majority of the state, including the North Woods, are covered by the New England-Acadian forests, while the land near the southern and central Atlantic coast is covered by the Northeastern coastal forests. Incredibly, some of the tallest trees in eastern North America can be found in Maine.

Aside from its heavily forested interior, Maine is also known for its sprawling scenic coastline, gently rolling mountains, and stunning sandy beaches. The last ice age had a significant impact on the geography of Maine, and many of the state’s well-known inlets, bays, and landmarks, including Somes Sound and Bubble Rock, were carved out by glaciers.

Maine is the only state to border exactly one other state, New Hampshire, and is surrounded by the Atlantic Ocean to the southeast and Canadian provinces of New Brunswick and Quebec to the northeast and northwest.

The Coastal Lowlands region of Maine begins at the Atlantic coastline and stretches inland. This area is characterized by stunning sandy beaches, salt marshes, bays, inlets, and hundreds of coastal islands. It’s not uncommon for Geologists to describe Maine’s coastline as a “drowned coast,” because rising sea levels have created bays out of valleys and islands out of mountain tops. Mount Desert Island, which sees millions of visitors each year, is the largest island off the coast of Maine and the second largest on the eastern seaboard of the United States. This beloved island houses both Cadillac Mountain and Acadia National Park. Even after being trimmed by glaciers, Cadillac Mountain sits at an impressive 1,529 feet above sea level and remains the highest point along the North Atlantic Seaboard.

Regardless of the range boundaries, there are truly spectacular peaks scattered throughout northern Maine. The Longfellow Mountains are a subrange of the Appalachian Mountain system and stretch northeast from the New Hampshire border for approximately 140 miles. The Longfellows are unique in that they consist mostly of isolated peaks and clustered subranges and ridges. Most of the land is privately owned and, as a result, these peaks remain largely uninhabited and remote.

One cluster in particular, the Katahdin Group, contains eighteen summits over 3,000 feet, including the state’s highest point, Mount Katahdin. The Katahdin Group is considered the most abrupt and compact mountain region in the Appalachians. Mount Katahdin, which translates to “The Greatest Mountain,” is the centerpiece of Baxter State Park and consists of several peaks, including Baxter Peak, the northern terminus of the Appalachian Trail, South Peak, Pamola Peak, and Hamlin Peak.

The highest concentration of High Peaks in the Longfellows, however, can be found in the Rangeley-Stratton area. This area contains ten peaks over 4,000 feet, including Saddleback Mountain, The Horn, Mount Abraham, Sugarloaf, and Crocker Mountain, Spaulding Mountain, Bigelow Mountain.

The rugged and remote Mahoosuc Range straddles the border between New Hampshire and Main and is generally considered part of the White Mountains. This small subrange houses Old Speck Mountain, the fourth-highest peak in Maine, and lesser known summits like Goose Eye Mountain, North Peak, and Mahoosuc Mountain.

Though the high peaks in Maine don’t quite reach the same elevations as the nearby Adirondacks or Whites, the state’s isolated landscape, densely forested terrain, and sweeping views make Maine an ideal destination for outdoor enthusiasts looking for solitude.

Located within Grafton Notch State Park, Table Rock is a stunning vista point along the infamous Appalachian Trail. Though its elevation is modest, this 1.9-mile trek requires utilizing hand-over-hand iron rungs to reach the summit. From the flat-topped summit of Table Rock, hikers can soak in incredible views of Grafton Notch and Old Speck, Maine’s fifth-tallest peak.

Baxter State Park is an incredible wilderness area located in north-central Maine. The park is located in the North Maine Woods, a predominantly forested, thinly populated region of the state. The park, which spans more than 200,000 acres, contains the state’s highest point, Mount Katahdin, as well as over 200 miles of hiking trails and 338 campsites. In keeping with the spirit of “Forever Wild,” Baxter contains no electricity, running water, or paved roads. Some of the best footpaths in the park include: the Knife Edge Trail, the Mount Katahdin and Hamlin Peak Loop, Brother-Mount Coe Loop, Doubletop, The Owl, and Baxter Peak via Saddle Trail.

Nestled southwest of Bar Harbor, Acadia National Park encompasses over 49,000 acres of rugged coastline, rolling mountains, and beautiful woodlands. The park preserves about half of Mount Desert Island, as well as numerous adjacent islands and part of the Schoodic Peninsula. More than 3.5 million people make the trip to Acadia each year to explore the rocky headlands of the “Crown Jewel of the North Atlantic Coast. The park contains 27 miles of historic roads, 158 miles of hiking trails, and 45 miles of carriage roads. The most popular trails in the park include: Cadillac Mountain, the BeeHive Trail, South Bubble to Bubble Rock, Dorr Mountain via the Ladder Trail, and the Precipice Trail.

Located in western Maine along the southern shore of Flagstaff Lake, Bigelow Mountain is known as “Maine’s second Mountain.” Behind Katahdin, Bigelow has a long-standing reputation for being the most scenic hiking destination in the state. The peak runs in an east-west direction and is comprised of six peaks and 171 acres of alpine habitat. Though many hikers will opt to trek the entire 16 miles over Bigelow, another signature summit, Avery Peak, is much easier to reach (in distance, not necessarily effort), and offers incredible views of Flagstaff Lake and surrounding summits. Further west, North Horn and South Horn rise above a glistening glacial tarn known as Horns Pond.

Located in the Carrabassett Valley, Sugarloaf is Maine’s third-highest peak and one of New England’s top year-round destinations. In the winter, Sugarloaf features over 1,000 acres of developed ski and snowboard terrain, making it one of the largest ski areas east of the Rocky Mountains. Sugarloaf offers the only lift-serviced above-treeline skiing in the Northeast, features a 2,820-foot vertical drop, and contains over 50 miles of marked trails. Sugarloaf Summer activities include scenic lift rides, mountain biking, hiking and ziplining. Sugarloaf is also home to a variety of accommodations, including hotels, hostels, and wilderness lodges.

Situated on the stunning Frenchman’s Bay, Bar Harbor is considered the gateway to Mount Desert Island and Acadia National Park. This is where you’ll find the highest point on the eastern seaboard, Cadillac Mountain, award-winning dining, world-class accommodations, and vast array of outdoor activities. Bar Harbor has been a popular vacation destination for centuries, and it’s charming Main Street boutiques and shops pay homage to the city’s past.

Sunday River isn’t as tall as Sugarloaf, but its high-speed lift network and eight interconnected mountain peaks make it an excellent contender for riding fresh powder. Sunday River contains over 870 acres of skiable terrain and over 130 trails, making it the second-largest ski resort in New England. Plenty of mountain lodging can be found in “Maine’s most beautiful mountain village,” Bethel Village and foodies can enjoy slopeside dining or eat with a view at the summit of North Peak. 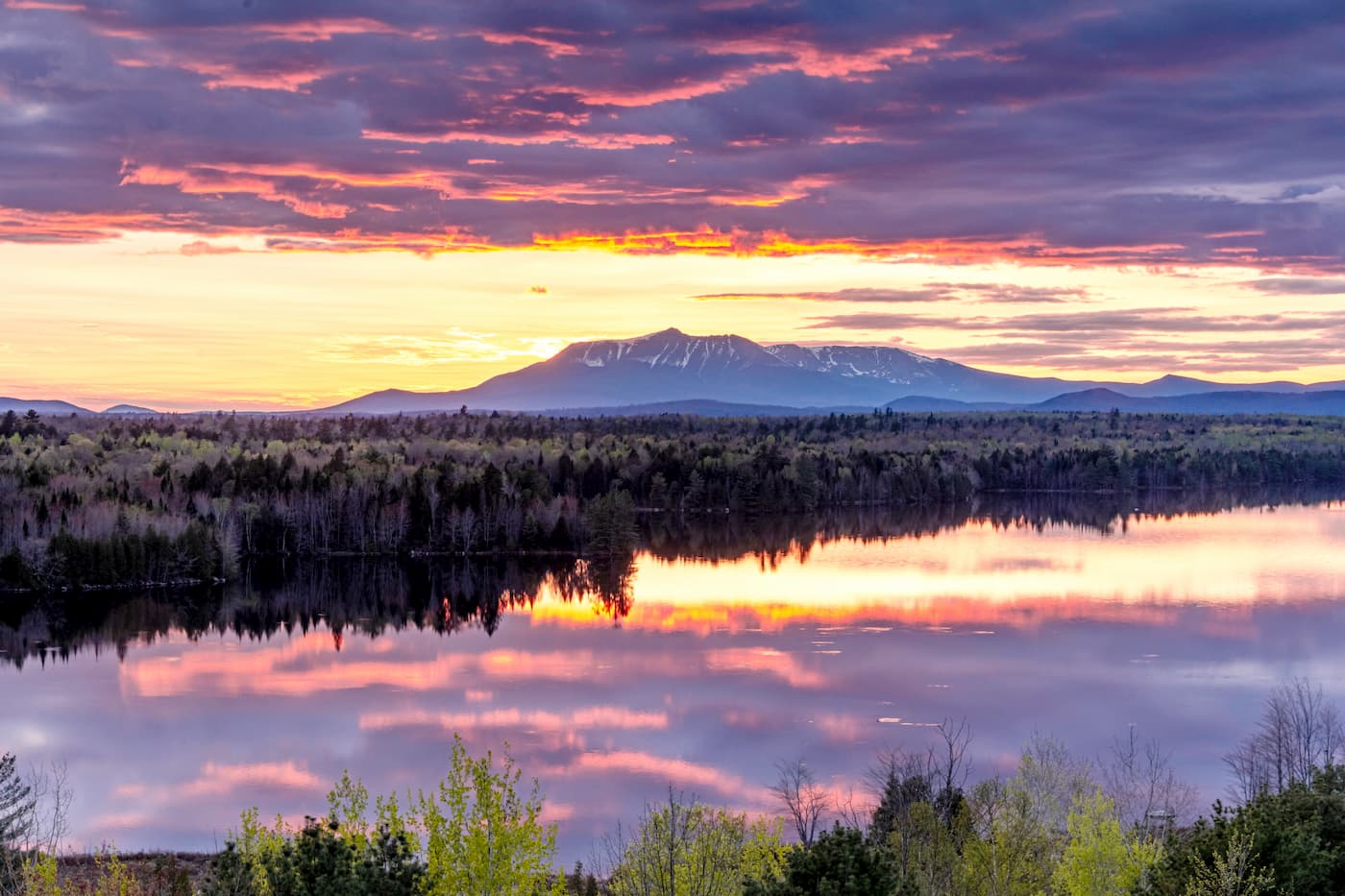 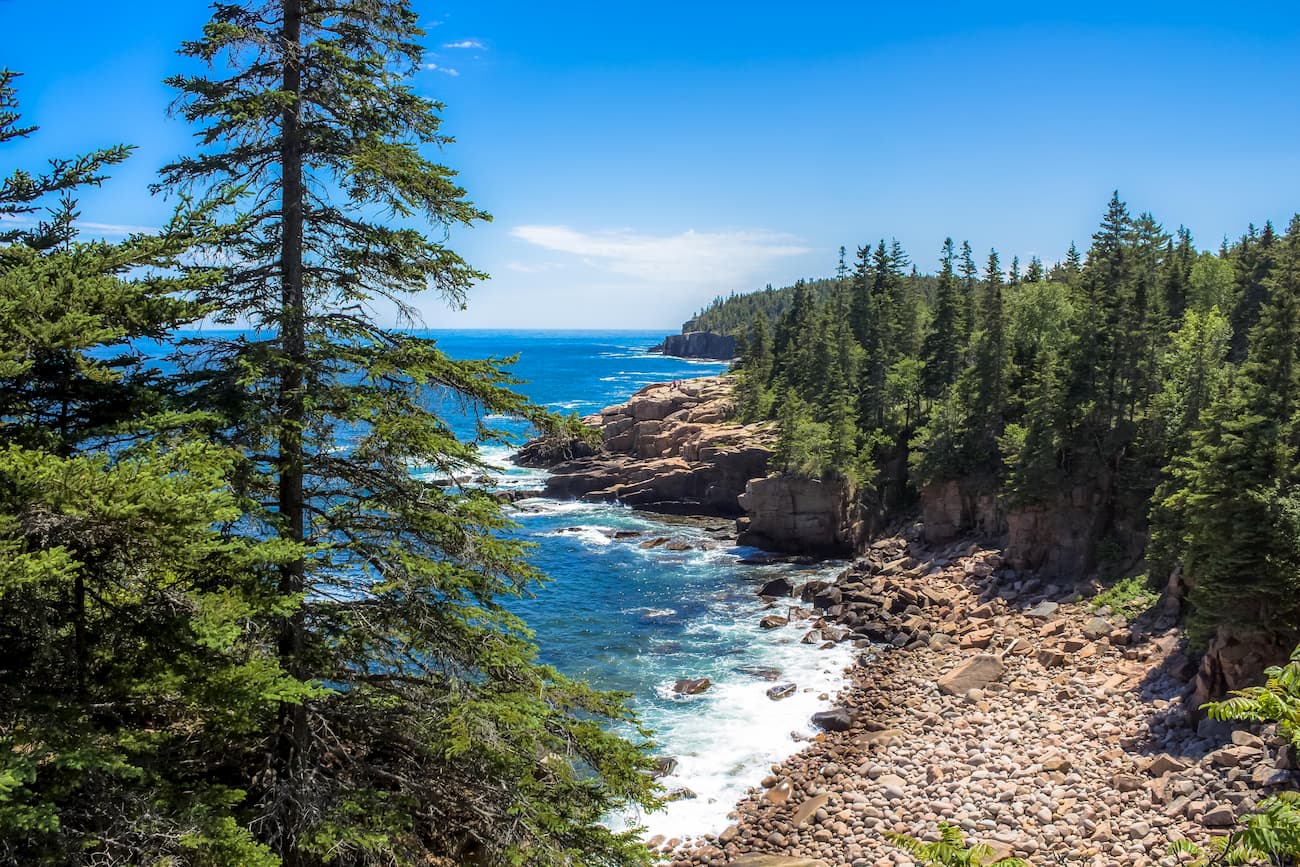 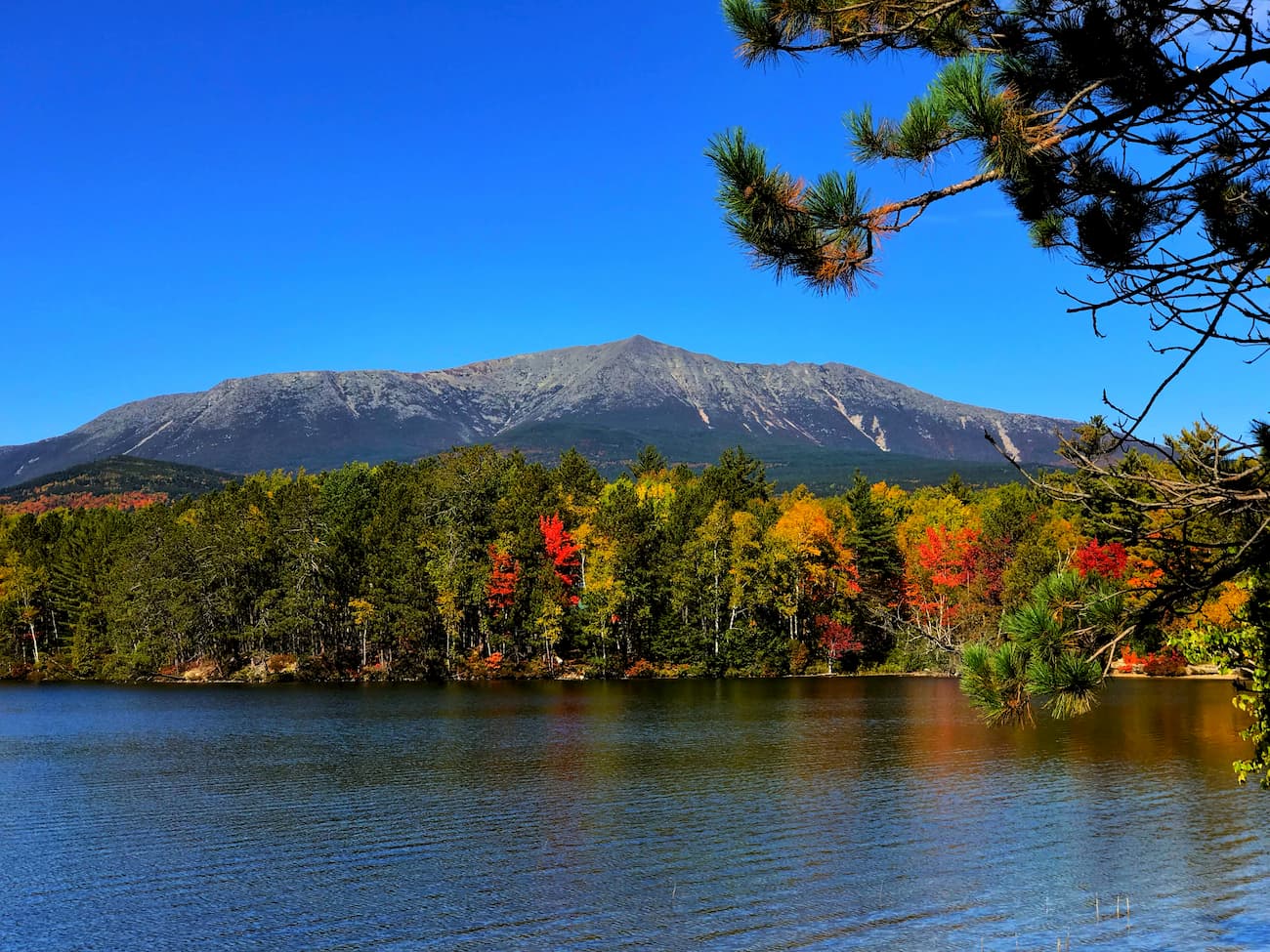 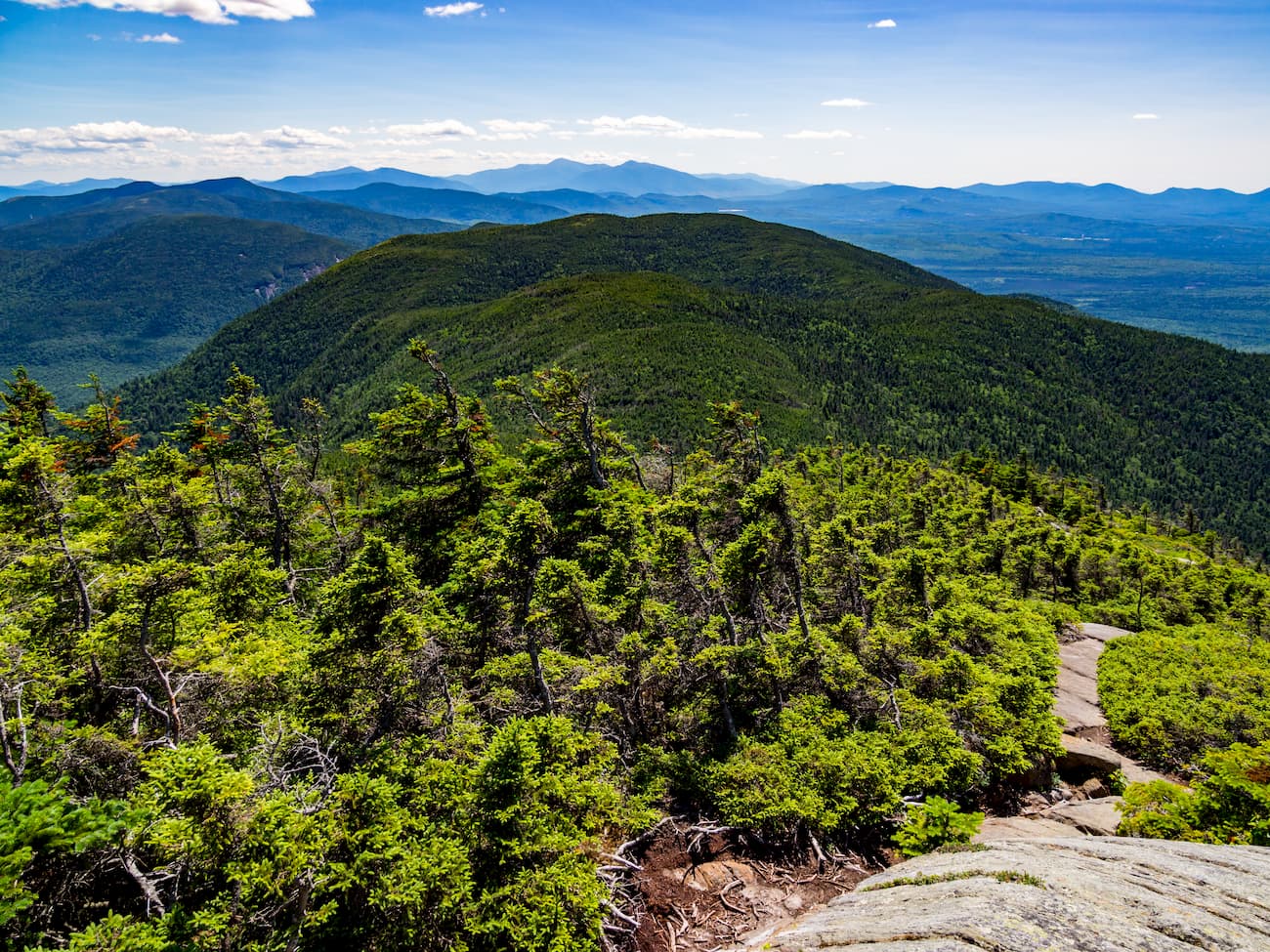 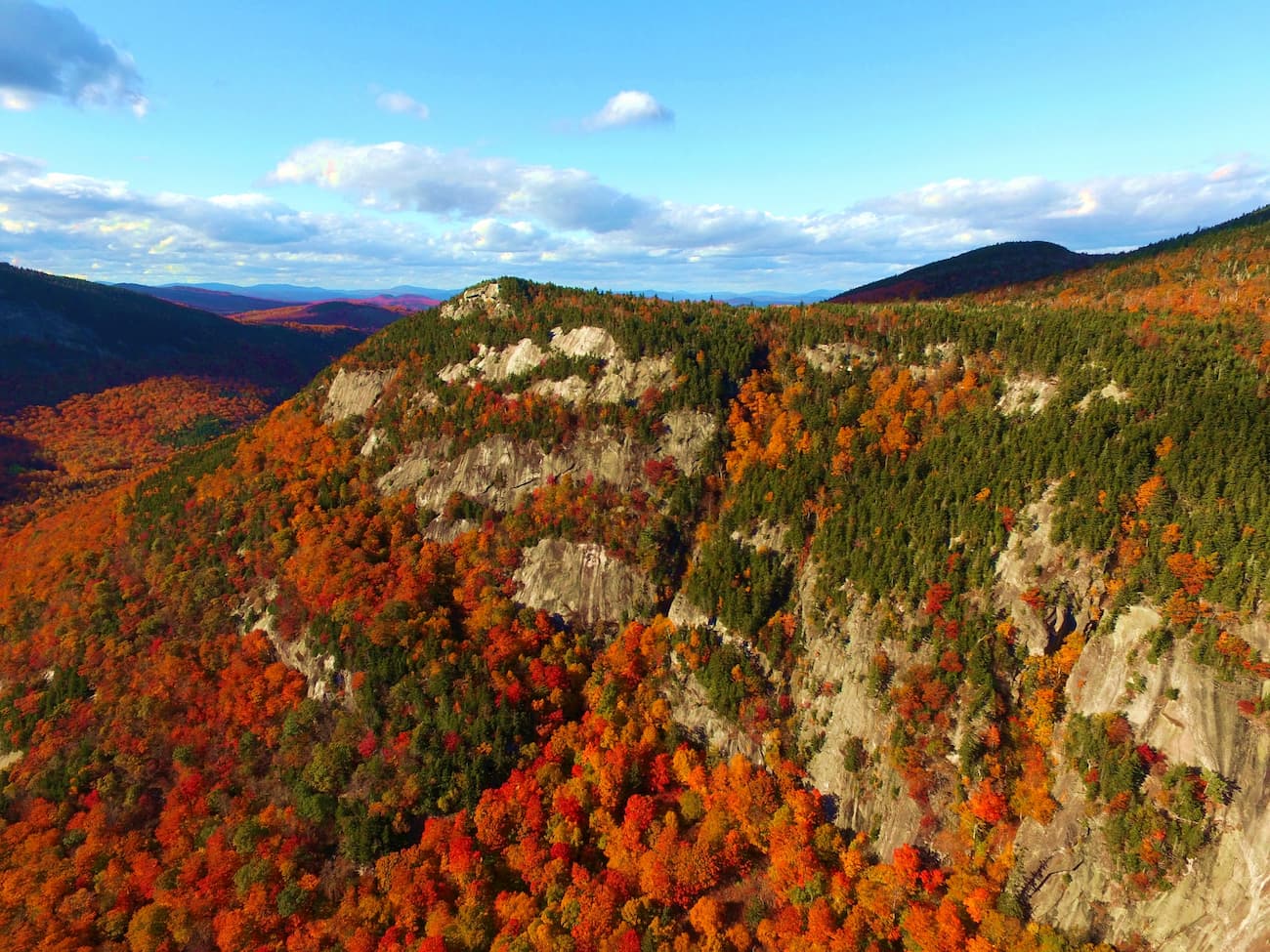 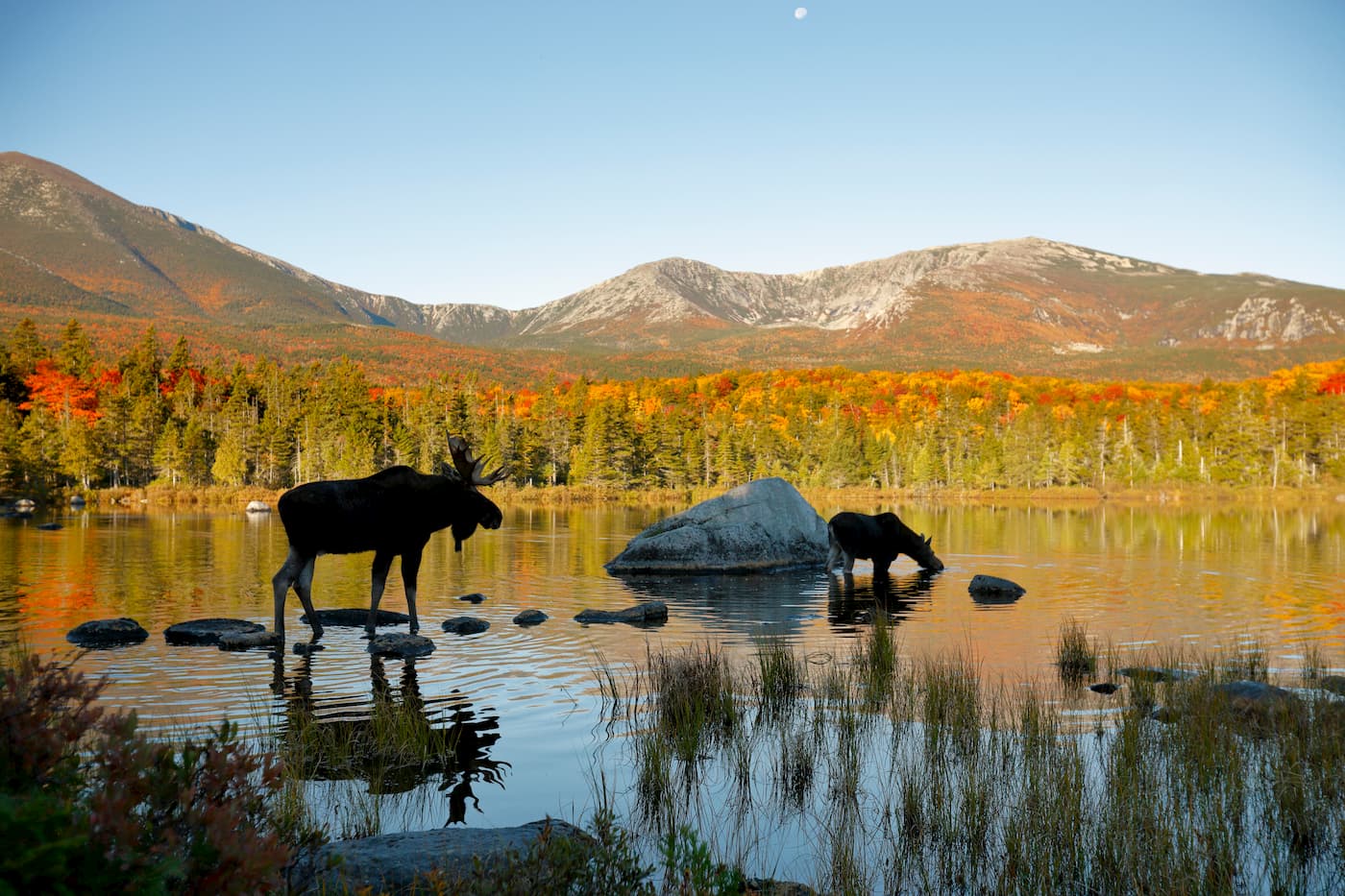 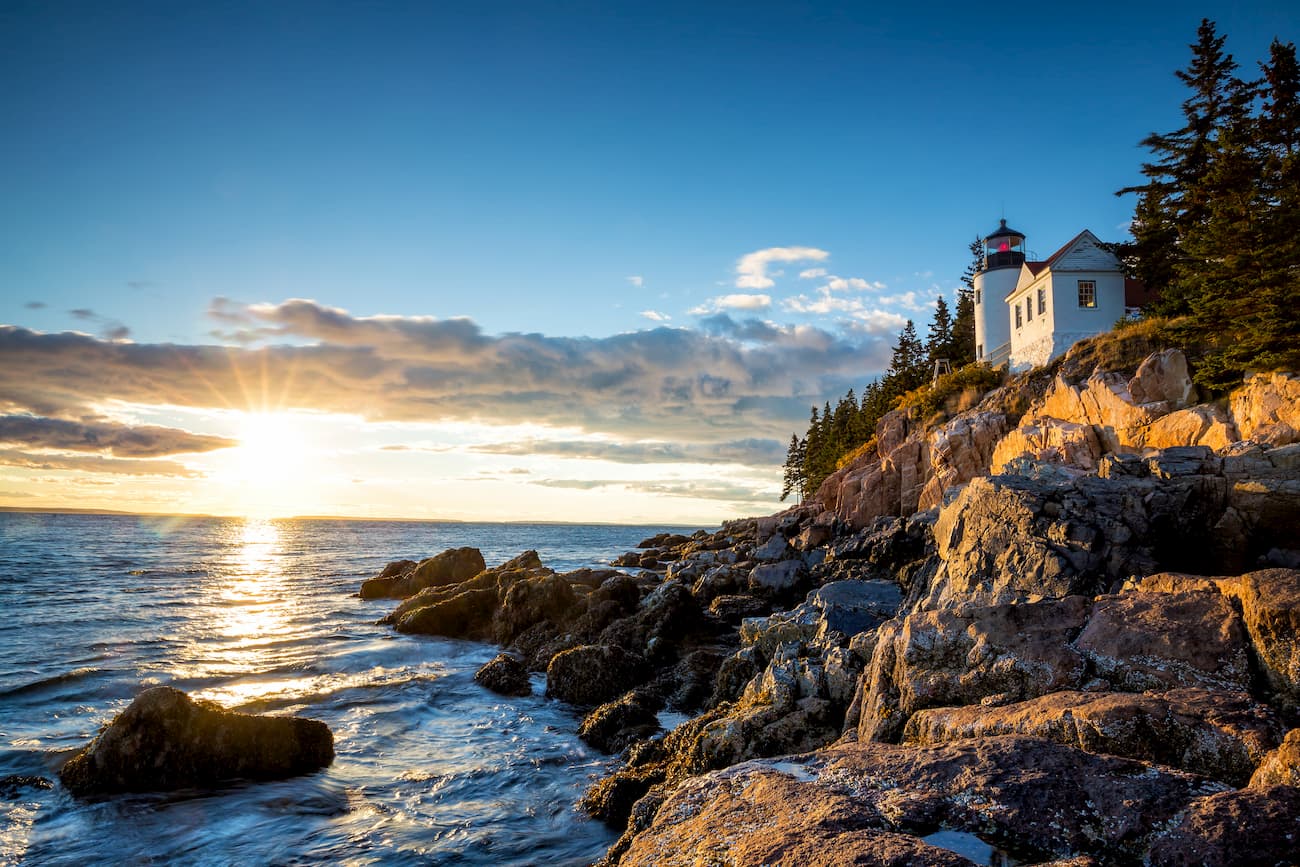