Featuring rolling hills classic New England scenery, the New England Uplands are a collection of peaks located in the northeastern part of the United States. The range contains 5,289 named mountains, the highest of which is East Mountain (3,438ft/1,048m), and the most prominent of which is Mount Shaw (2,989ft/911m). 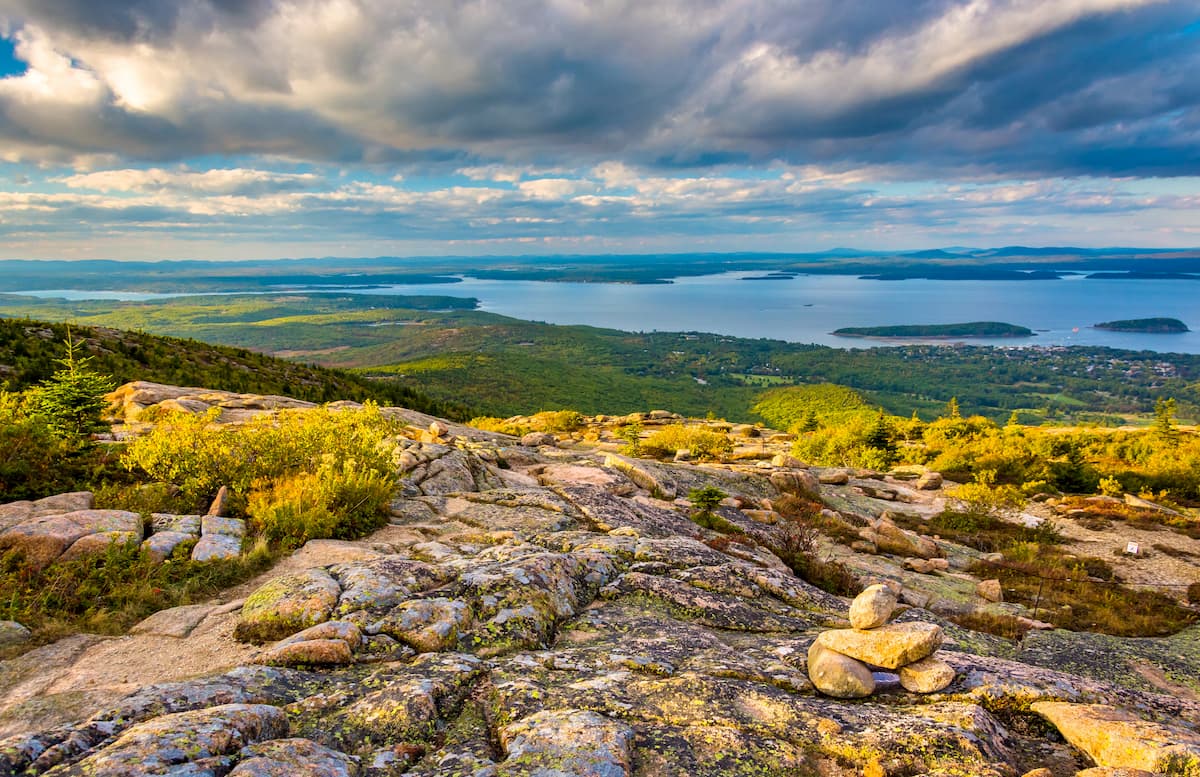 Covering a wide swath of land in the northeasternmost part of the United States, the New England Uplands span from central Connecticut and through east-central Massachusetts, western Rhode Island, eastern Vermont, and southern New Hampshire, before terminating in northern Maine, just south of the US’s border with Québec and New Brunswick in Canada.

However, the peaks and hills in the New England Uplands are a part of the Appalachian Mountains, which continue into Canada to become the Canadian Appalachians, just to the north.

Interestingly, the New England Uplands do not include all of the peaks in Vermont, New Hampshire, or Maine. Most of the major peaks in the northernmost portions of these states are part of their own ranges, such as the White Mountains of New Hampshire and the Longfellow Mountains of Maine, which includes Mount Katahdin in Baxter State Park.

Although the New England Uplands are relatively low lying with relatively few major summits, there are some sizable and popular state and federal public land areas within the region.

Connecticut represents the southernmost extent of the New England Uplands. Although the topography is hilly, rather than mountainous, there are a few popular outdoor recreation sites in the state, including:

That being said, the central and eastern parts of the state are part of the Uplands. This includes the relatively low-lying Cape Cod, as well as the islands of Martha’s Vineyard and Nantucket. Moreover, the region is home to a decent number of protected areas, such as:

While much of central and western Vermont is dominated by the Green Mountains, the easternmost and northernmost edges of the state are part of the New England Uplands. Although much of the area is privately-owned land, there are a few parks, including Victory State Forest, which are popular sites for outdoor recreation.

New Hampshire, or the Granite State, is well-known for its mountains. While the peaks in the northernmost part of the state are part of the White Mountains, however, the vast majority of the mountains in the south are part of the New England Uplands. This area includes a handful of state parks and reservations, such as:

Maine represents the northernmost extent of the New England Uplands. That being said, the New England Uplands cover only the southeastern coastal region, the eastern border with New Brunswick, and the northern border with Québec and New Brunswick. Meanwhile, the central and westernmost portions of the state are actually part of the Longfellow Mountains.

Within the Maine portion of the New England Uplands is the famous and very popular Acadia National Park, which covers a small area along the central part of the state’s coastline.

The New England Uplands are a subsection of the Appalachian Mountains, which stretch from the state of Alabama in the south all the way to the Canadian province of Newfoundland and Labrador in the north.

Within the range, the New England Uplands represent a large section of the greater New England Province, which is a geological region that spans much of the northeasternmost United States.

Within this region, the rocks are predominantly Precambrian and Paleozoic in age, though the oldest rocks are mostly in the western and southern parts of the province. They are mostly highly metamorphosed gneisses, slates, schists, marbles, and quartzites.

During the Pleistocene, the region was heavily glaciated, evidence of which is still seen today. Indeed, the New England Uplands are home to some excellent post-glacial features, including eskers and kames.

Within the New England Uplands, there are 3 major ecoregions, each of which features its own unique mix of flora and fauna. However, the region, particularly around Connecticut, Rhode Island, and Massachusetts, is heavily populated, so the remaining natural ecoregions are fairly fragmented.

This region is naturally heavily forested, though it has experienced significant deforestation as a result of human development and suburban sprawl. In fact, some estimates by the World Wildlife Fund place the habitat loss in the region at around 98% with little, if any, old growth forest remaining.

Within the Northeastern Coastal Zone, the land is home to sizable swaths of white oak and northern red oak, which is typical of Appalachian oak forests. With that in mind, the region was traditionally home to large oak-chestnut forests, though a combination of introduced diseases and logging wiped out much of the chestnut population.

Also known simply as the “Pine Barrens,” the Atlantic Coastal Pine Barrens are found throughout coastal New Jersey, southern Long Island, and Cape Cod, though only Cape Cod and the surrounding islands of Martha’s Vineyard and Nantucket are located within our range.

The dominant tree species in this ecoregion are pitch pine and blackjack oak, which are able to grow even in the sandy, nutrient-poor soils found throughout Cape Cod. Fires are a natural ecological process in this region, however, the vast suburban sprawl that characterizes much of the range of the Pine Barrens has disrupted this fire regime.

Although habitat loss and fragmentation is particularly problematic in the region, with some estimates placing the remaining habitat at just 10% of its historic range, the Pine Barrens are home to a number of unique species. In fact, Cape Cod, Nantucket, and Martha’s Vineyard are all important breeding grounds for the piping plover.

The New England-Acadian Forests ecoregion covers most of northern New England, cindlugin much of Massachusetts, Connecticut, Vermont, New Hampshire, and Maine. It also extends well into Canada and the Canadian Appalachians, where it is found in New Brunswick, Nova Scotia, and Québec.

Within this region, the dominance of agriculture, particularly in the early years of European colonization led to widespread deforestation. Although a sizable portion of the original forest has regrown, the suppression of natural fire regimes in the region has stunted the growth of some fire-dependent ecosystems throughout the New England-Acadian Forests.

In many ways, the New England-Acadian Forests can be considered a sort of transitional zone between the southern deciduous forests and the boreal forests that dominate the northernmost parts of Atlantic Canada and Québec.

While the precise ecosystems in the region depend greatly on elevation, some of the most common tree species in the ecoregion include yellow birch, American beach, sugar maple, eastern hemlock, white spruce, balsam fir, and red pine.

The New England Uplands have a long history of human inhabitation, which dates back thousands of years. Over the millenia, countless groups have lived in the region, including the Wangunks, Mohegan, Pocumtuc, Agawams, Wabanaki Confederacy, Nipmuck, Massachussett, Wampanoag, Narragansett, Pennacook, Arosaguntacook, and the Nanrantsouak, among others.

Additionally, the New England Uplands were among the earliest regions to be settled by European immigrants. Perhaps the most notable early European settlement was at the Plymouth Colony in the 17th century, which has since become the town of Plymouth Massachusetts.

The establishment of the Massachusetts Bay Colony during the same period and the development of the city of boston also played a significant role in the colonization of the region. During the American Revolution, a number of critical events and battles occurred either in or near the region, particularly around Boston, which had become a major population center.

Although agriculture, fishing and shipping (particularly around the Atlantic slave trade) dominated the earliest parts of the history of the region, the development of Boston as a major population center also led to substantial urban sprawl in recent centuries. The city of Boston and the surrounding area also became a major destination for European immigrants.

To this day, the New England Uplands, particularly in the southern part of the range, are exceptionally population-dense as they are part of the Northeast Megalopolis, which stretches from the city of Washington all the way to Boston.

Meanwhile, the northernmost parts of the range, with the exception of some of the larger cities of Portsmouth and Concord in New Hampshire, as well as Portland, Bangor, and Augusta in Maine, are fairly sparsely populated.

Here are some of the best places to enjoy the great outdoors in the New England Uplands:

Located in the far northern part of the New England Uplands in Maine, Acadia National Park is one of the most popular national parks in the United States. It contains 62 named peaks, the highest and most prominent of which is Cadillac Mountain.

Small, but mighty, Acadia National Park is beloved for its beautiful and rugged coastline, stunning forests, and rich history. The park is mostly located on Mount Desert Island, though the Schoodic Peninsula and Isle au Haut are also worth a visit.

Within the park, there are some great day hiking opportunities, particularly up to the summit of Cadillac Mountain, and on the Beech Cliff Trail, the Beehive Trail, and the Precipice Trail. There are also plenty of coastal adventures to be had in the park, including along the Ocean Path, at Thunder Hole, and at Sand Beach.

Aptly named, the Cape Cod National Seashore is located along the northern portion of Cape Cod in Massachusetts. Although it is relatively low-lying, the seashore contains 18 high points, the tallest of which is Green Hill.

The Cape Cod National Seashore was originally designated to protect some of the last remaining remnants of the Atlantic Coastal Pine Barrens ecoregion as well as some of the area’s many beaches.

Within the seashore, there are a number of popular beaches, including Race Point Beach. Moreover, the region is the site of a number of restoration and conservation efforts. Some of these efforts are focused on maintaining the natural landscape and the important Herring River estuary while others focus on the historic buildings that exist in the region.

The New England Uplands are located near some of the largest cities in New England. Here are some of the best places to stay during your visit to the region.

Boston is by and large the biggest city in the New England Uplands with a population of nearly 700,000 people within the city and a total population of about 4.8 million people in the greater metropolitan area.

The city is a cultural and commercial hub for the entire region. It is also home to the largest airport in New England - Boston Logan International - which serves as a transportation center for much of the surrounding communities.

The city is well connected by road and train to other major cities in the area. It also has an international airport, which provides hundreds of daily flights around the US and abroad.

Manchester is the largest city in the state of New Hampshire, with a population of about 110,000 people. It is one of the biggest cities in northern New England and is an industrial center of the region.

Manchester is easy to get to by road and bus. It also has a regional airport, though the city is just a 1 hour drive from Boston’s international airport.

Portland is the biggest city in the state of Maine, with over 66,000 residents. It is located along the southern coast of the state and has an economy that is predominantly a mix of tourism, shipping, and fishing.

The city is located along I-95, making it easy to get to from Boston. It also has good rail links along Amtrak’s Downeaster Line and good bus service to and from Boston. Portland also has an international airport, which is the busiest within the state. 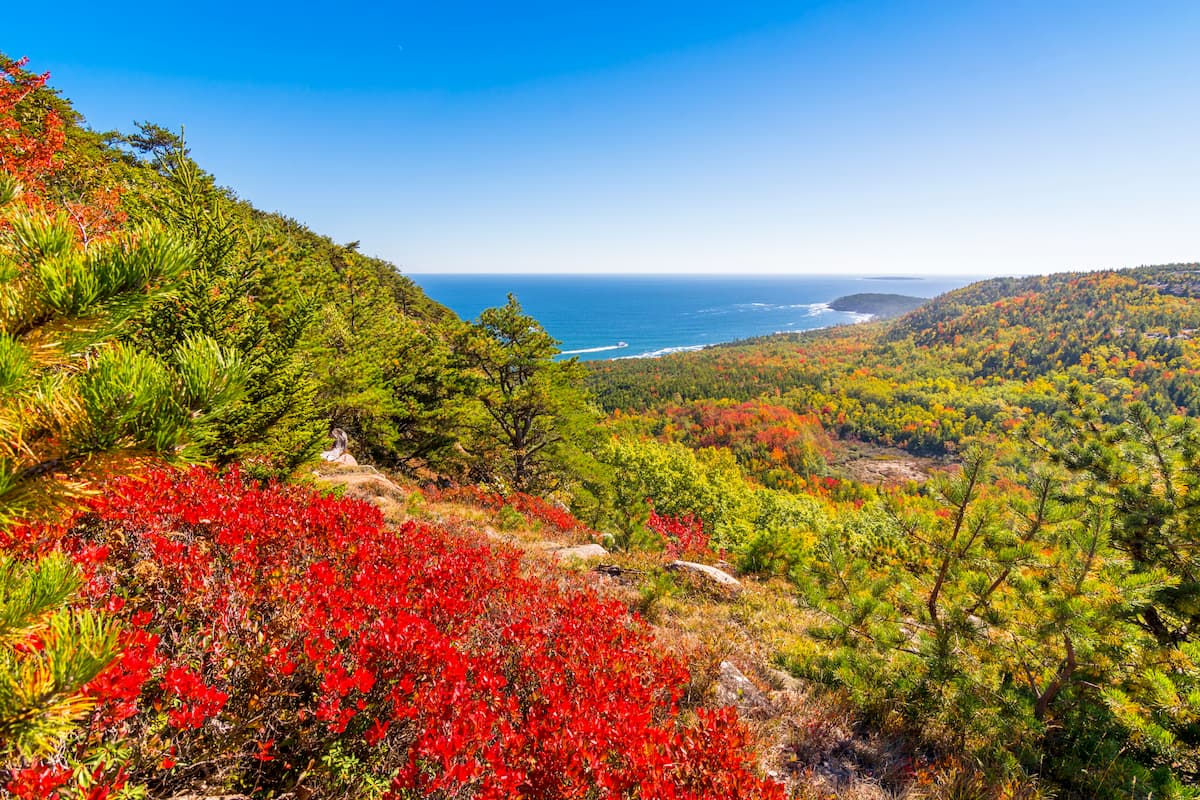 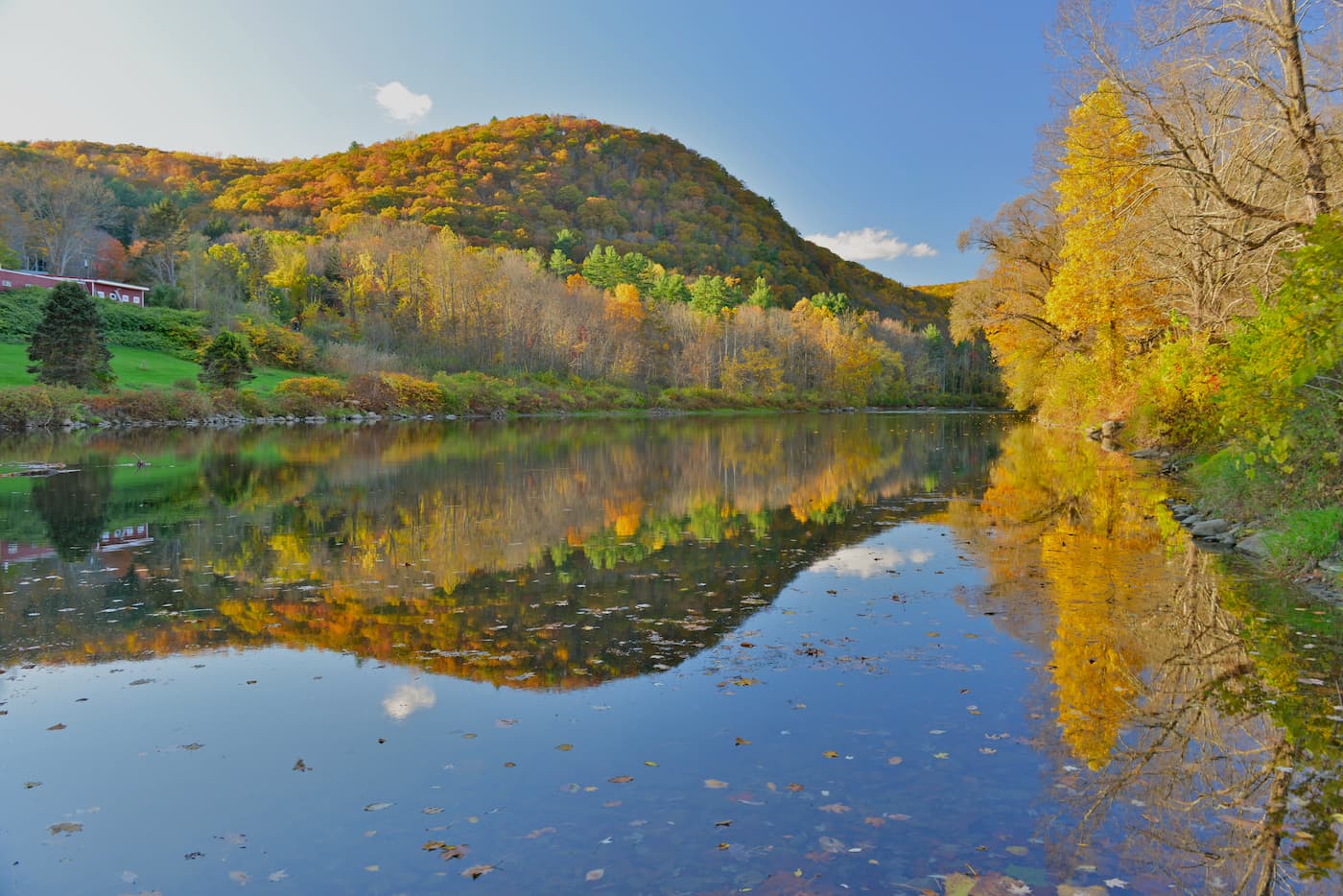 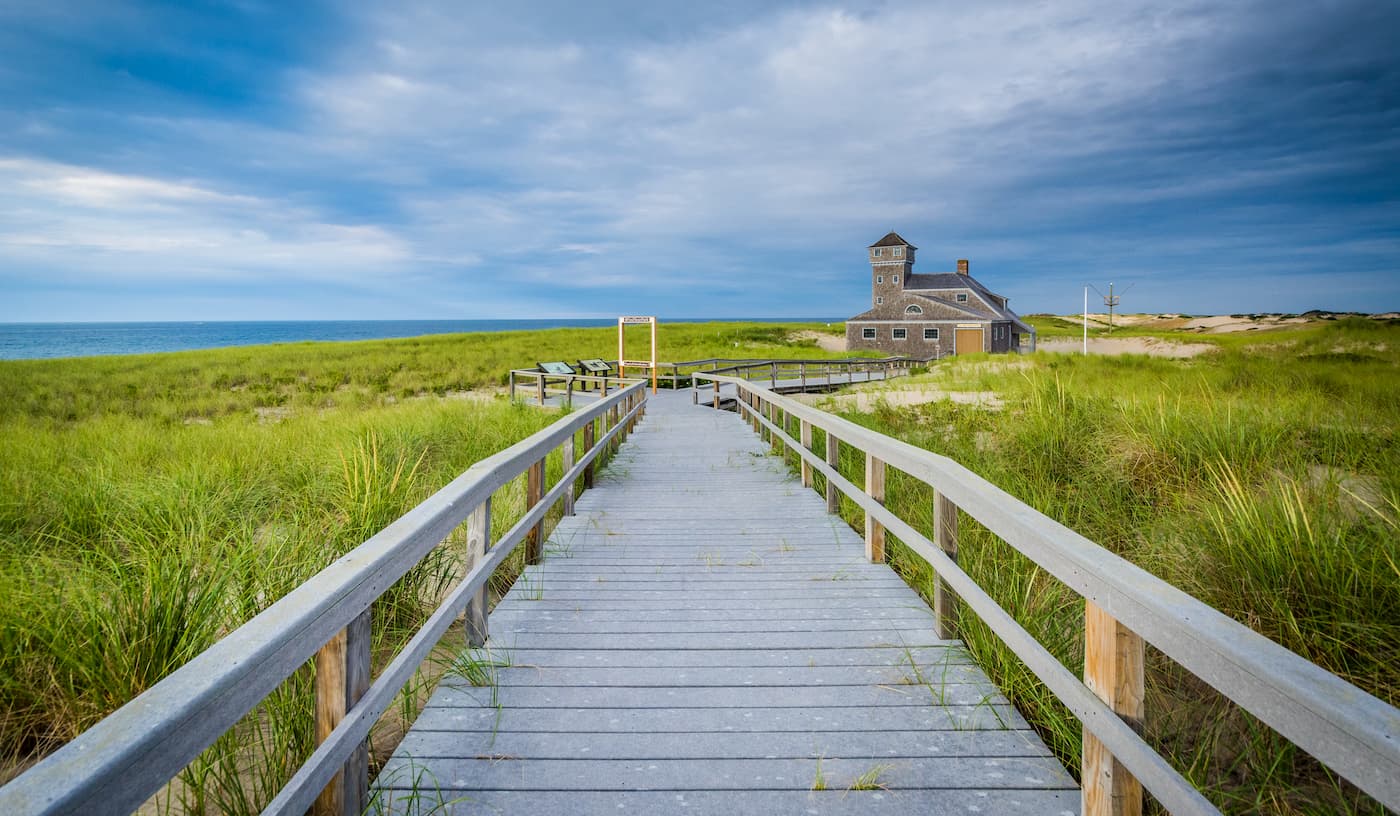 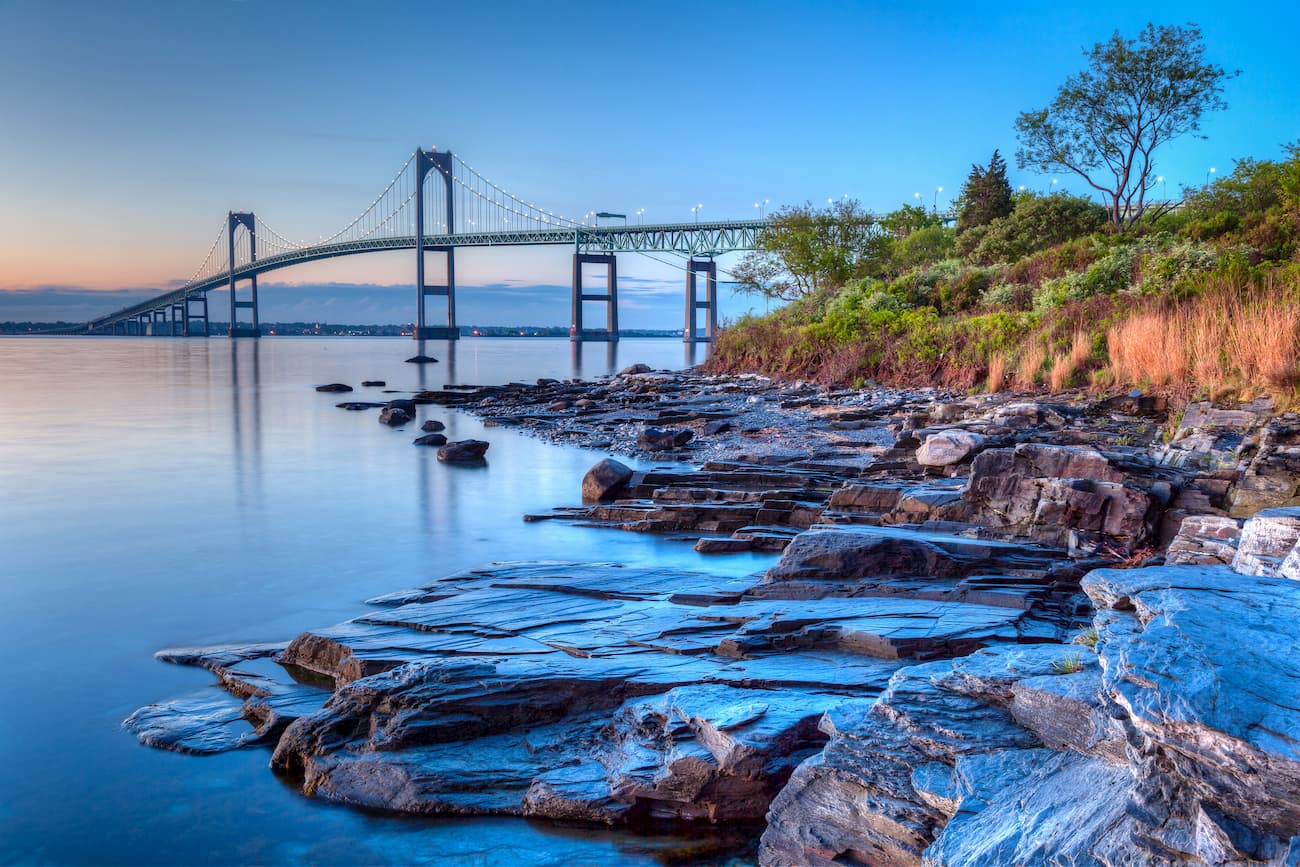 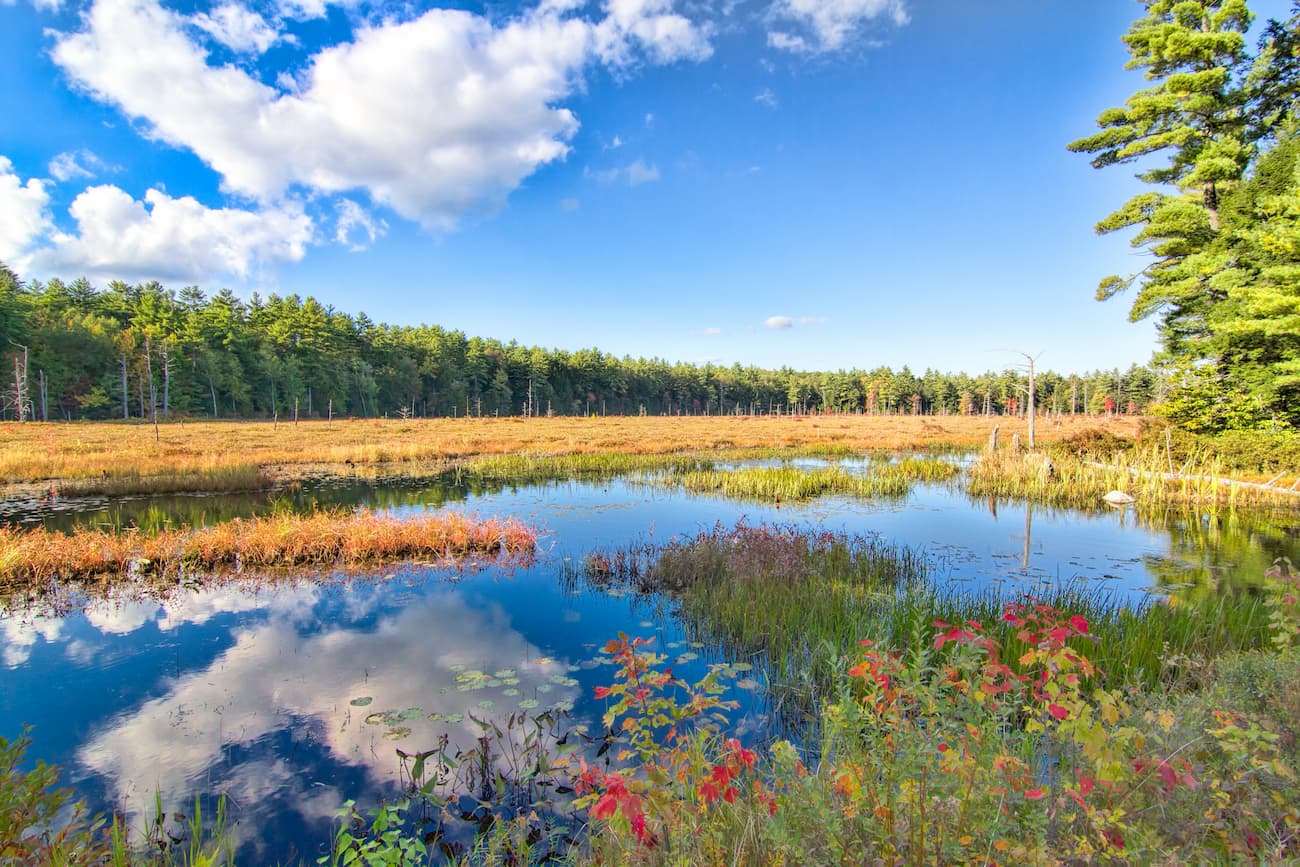 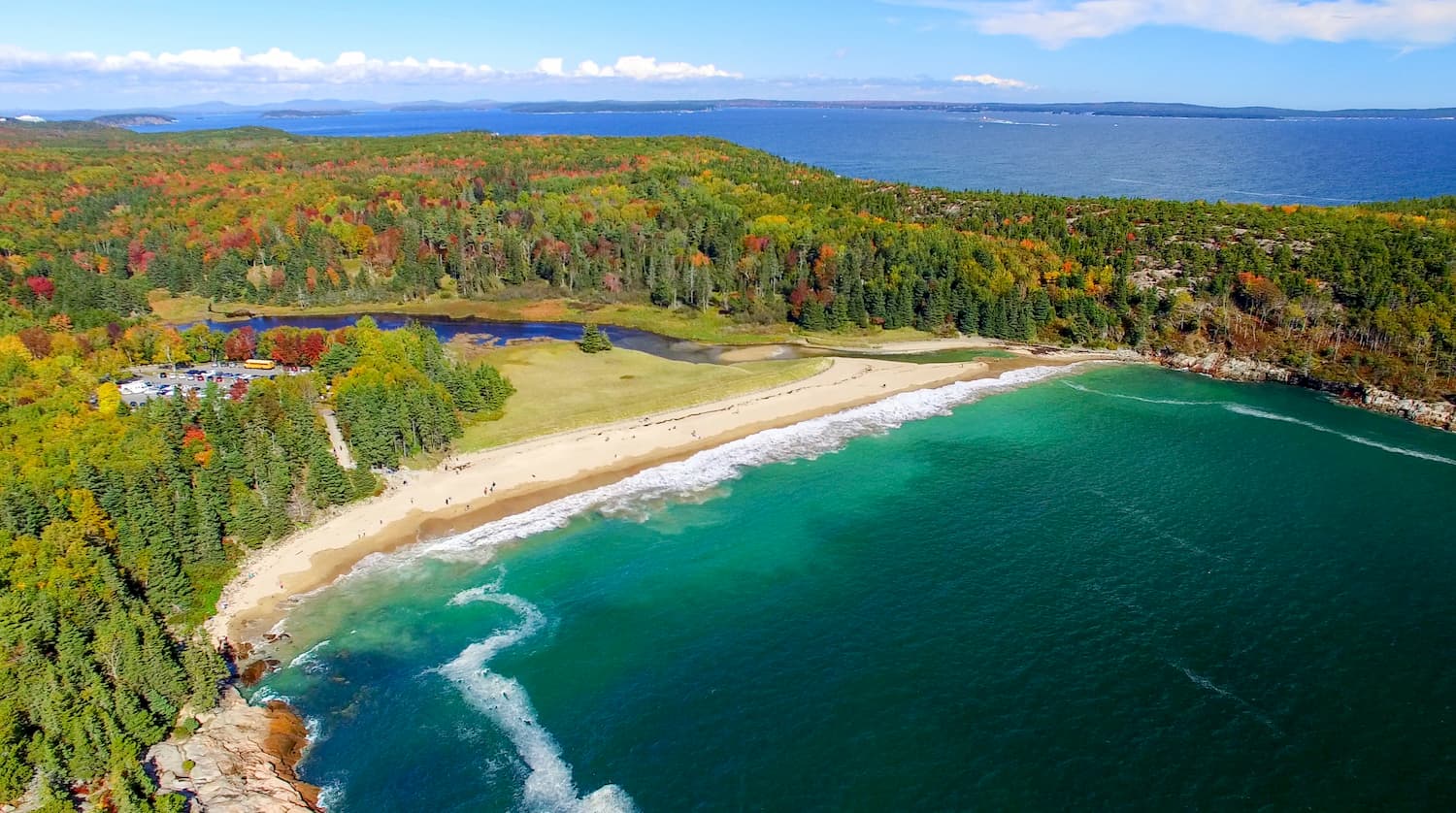 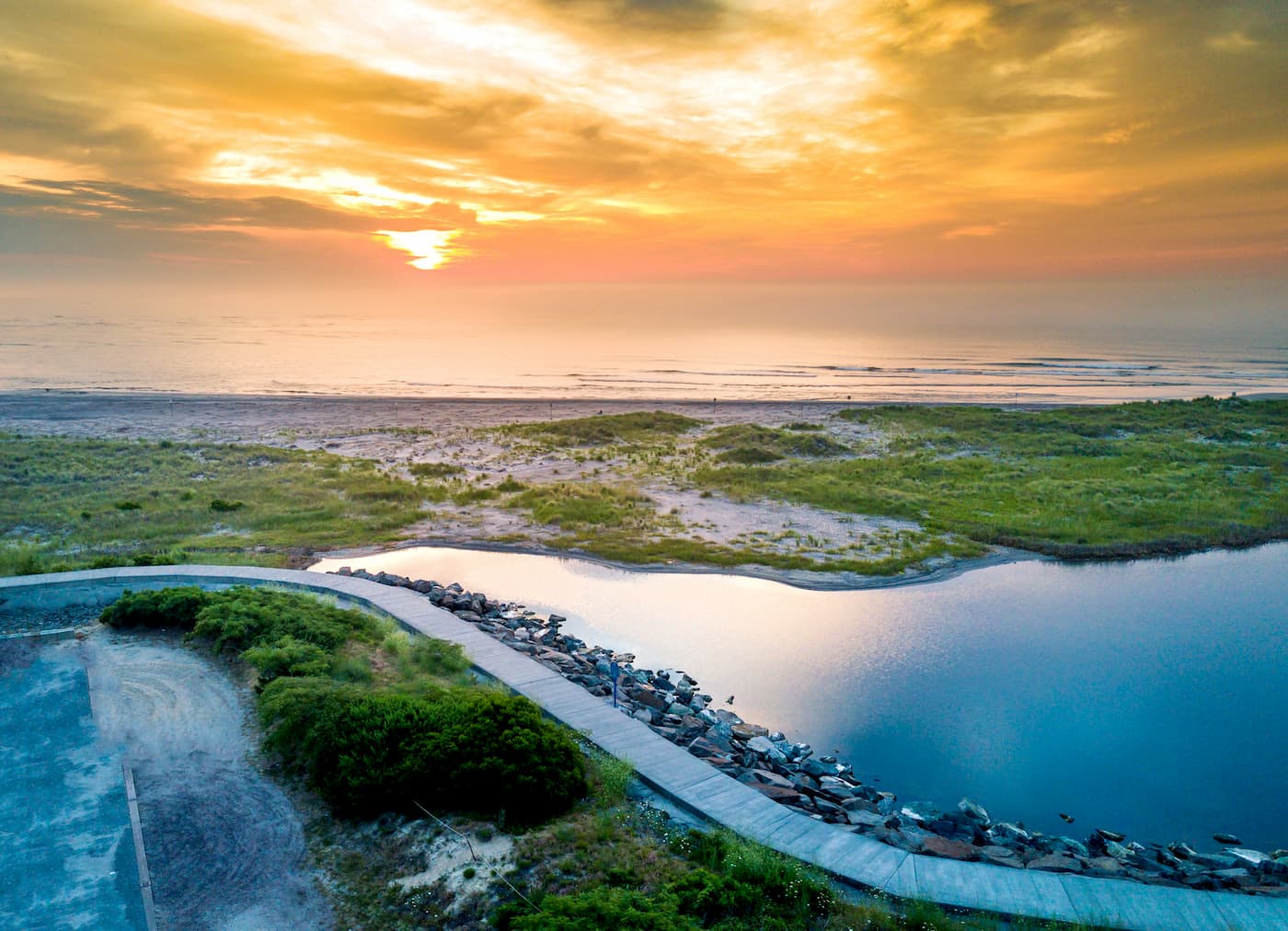