Known as “The Bay State,” Massachusetts is the 7th smallest state in the United States and the most populated state in New England. Several large bays, including the Massachusetts Bay, Cape Cod Bay, Buzzards Bay, and Mount Hope Bay shape its coast, while its southeastern corner contains Cape Cod, an arm-shaped peninsula that extends into the Atlantic Ocean. Several islands, including Nantucket, Martha’s Vineyard, and Elizabeth Islands, lie south of Cape Cod. The state’s rugged coastline contains a mix of inlets, sandy beaches, bays, and islands, all of which are the remnants of the last Ice Age.

View from the side of Mount Greylock in the fall in Lanesborough, Massachusetts

Between 14,000 and 22,000 years ago, during the Wisconsin Glacial Episode, the entire state of Massachusetts was covered in ice. This glacial period radically altered the state’s topography, making large swaths of New England soil rocky, acidic, and infertile. The glaciers rounded off mountains, changed the course of rivers and streams, leaving behind thousands of small lakes and ponds.

Even today, a vast majority of the state’s landscape is covered in glacial features and deposits. Iconic New England stone walls were constructed from glacial till and glacial erratics formed significant landmarks like Plymouth Rock. Even the state’s best-known tourist destination, Cape Cod, is a large glacial moraine that was created when the glaciers retreated.

Less than six miles wide, the Taconic Mountains average about 2,000 feet in elevation and sit on the western edge of Massachusetts. The Taconic Mountains are infamous for housing some of the state’s most impressive summits, including Mount Greylock, the highest point in the state, Saddle Ball Mountain, Mount Fitch, Mount Williams, Berlin Mountain, and Mount Prospect. The Taconic Mountains also contain several hundred miles of trail, including sections of the infamous Appalachian Trail, which spans roughly 2,200 miles from Springer Mountain, Georgia, to Mount Katahdin in Maine. The Housatonic-Hoosic Valley separates the Taconics from the Western New England Upland, or Berkshires, a broad belt of steeply rolling hills.

Between the Berkshires and the rest of the state lies the Connecticut River Valley, known as the Pioneer Valley. The Connecticut River Valley is a long, narrow land area that extends from northern Massachusetts to southern Connecticut. The 20-mile-wide portion that spans Massachusetts houses the Metacomet Ridge, a steep fault-block mountain ridge that is recognized for its rugged cliff faces and rare or endangered plants. The Metacomet Ridge also contains dozens of parks, recreation areas, historic sites, and hiking trails, making it a popular destination for local outdoor enthusiasts. The highest points of the Metacomet Ridge in Massachusetts include Mount Tom, Mount Toby, Provin Mountain, and East Mountain.

East of the Connecticut River Valley is an area of rolling uplands that is covered with lakes and dissected by streams flowing into the Connecticut, Merrimack, Blackstone, Quinebaug, and Charles rivers. Hills rise abruptly toward the divide between the Connecticut River basin and the river basins to the east. East of this divide, hilltops gradually decrease in elevation. The Blue Hills, which sit just ten miles from Boston city center, are some of the only hills within 30 miles of the coast that exceed 300 feet. Interestingly, the state’s name, which translates to ‘the great hill,’ or ‘large hill place,’ is believed to derive from the Great Blue Hill in Milton, Massachusetts.

The Berkshires cover over 2,100 square miles of stunning terrain in western Massachusetts. In addition to housing quaint New England towns and pastoral scenery, the Berkshires offer a variety of stunning hiking and biking trails. Nearly 90 miles of the Appalachian Trail runs through the region, as well as two other long-distance trails, the South Taconic Trail and Taconic Crest Trail. Monument Mountain can be summited via the popular 1.6-mile Hickey Trail and Mount Everett can be climbed via a moderate 5.4-mile round trip trek that also features a handful of waterfalls.

If you’d prefer to walk through a forest, rather than climb a mountain, the Mohawk Trail State Forest features some of the biggest trees in the state, including the 130-foot Red Oak. Mount Washington State Forest is another icon of the Berkshires, mostly for its infamous Bash-Bish Falls, the highest waterfall in Massachusetts. Mount Washington State Forest also features incredible fall foliage, making it particularly popular amongst photographers and leaf-peepers.

Other iconic footpaths in the Berkshires include Steven’s Glen, OIivia’s Overlook, and Alford Springs.

The Mount Greylock State Reservation was created in 1898 and spans approximately 12,000 acres in western Massachusetts. The reservation was the first public land designated for the purpose of forest preservation. Visitors can take a drive to the summit of Mount Greylock, the tallest point in Massachusetts, hang out at the Bascom Lodge, and explore nearly 70 miles of hiking, biking, skiing, and snowshoeing trails. The summit also features a 93-foot Veterans War Memorial Tower that was built in 1931-32.

Mount Holyoke Range State Park spans the eastern half of the Holyoke Range in the Pioneer Valley region of Massachusetts. The 3,000-acre park features a 7-mile mountain ridgeline and contains more than 30 miles of blazed trails. The infamous Seven Sisters trail travels for 8 miles through a series of summits and lookouts to the Holyoke Summit House. Hikers can also summit Bare Mountain or Mount Norwottuck via ‘the Notch.’

Mount Sugarloaf, a butte-like summit made of arkose sandstone, is one of the most popular and well-known summits in western Massachusetts. A seasonal road climbs to the summit of South Sugarloaf, where visitors can spend time at a small observation tower. North Sugarloaf Mountain, however, is only accessible by foot. The park contains both the summits of North Sugarloaf and South Sugarloaf, as well as 1.75 miles of frontage on the Connecticut River.

Berkshire has been around for almost 45 years, making it a community favorite for outdoor recreation. The resort is located in western Massachusetts, close to Berkshire County, Northampton, Amherst, and Greenfield. Berkshire East features the most skiable terrain in Massachusetts (180 acres), totes the best downhill mountain bike park on the East Coast, houses one of the longest mountain coasters in the world, and offers guests stunning farm-style lodging.

Ski Butternut, named after the large groves of butternut trees located in the basin, is located on Warner Mountain in The Berkshires. The resort features 100 acres of skiable terrain, 22 trails, ten ski lifts, two terrain parks, and a tubing area. During the summer, Butternut hosts a variety of concerts and festivals, including the annual Berkshire Arts Festival.

Known as the “Cradle of Modern America, “Boston is one of the most historic cities in the states. The iconic Freedom Trail is one of the best ways to experience the city. The trail passes 16 historical sites, including the location of the Boston Tea Party, the Old State House, the Paul Revere House, the site of the Boston Massacre, and the USS Constitution. Aside from offering history at every corner, Boston houses a variety of stunning parks, gardens, shops, and hotels. 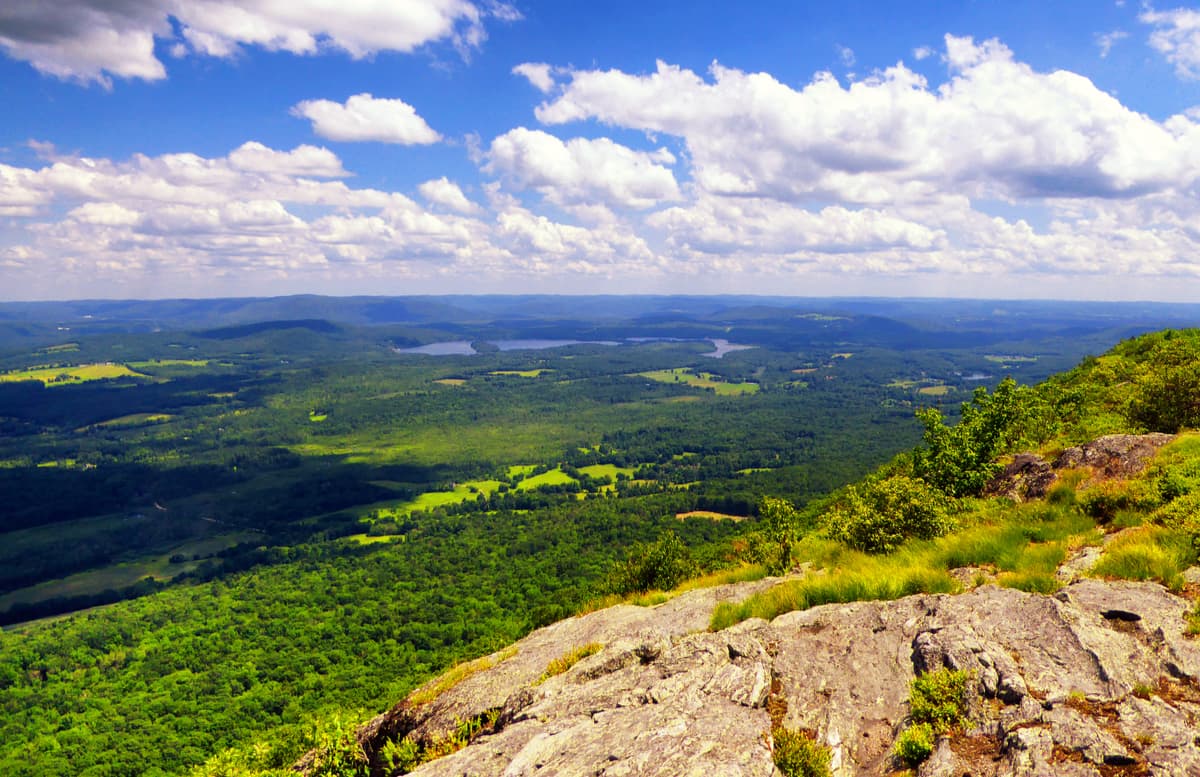 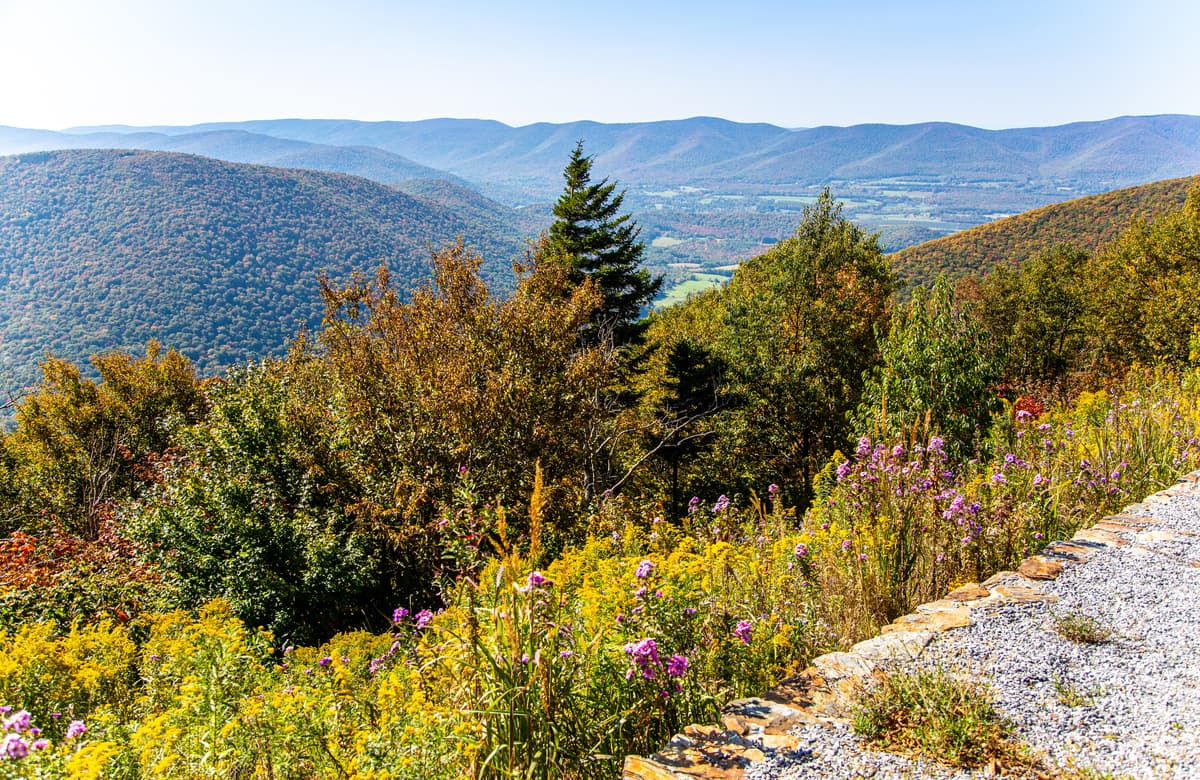 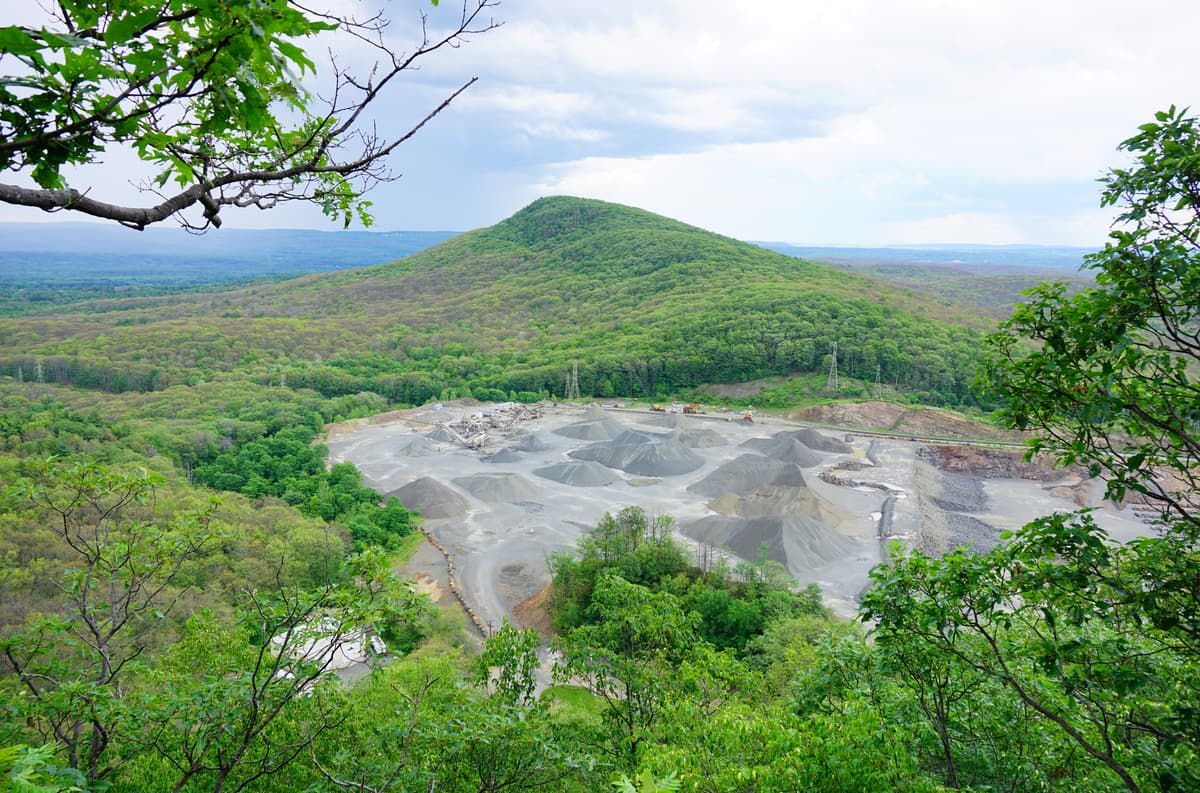 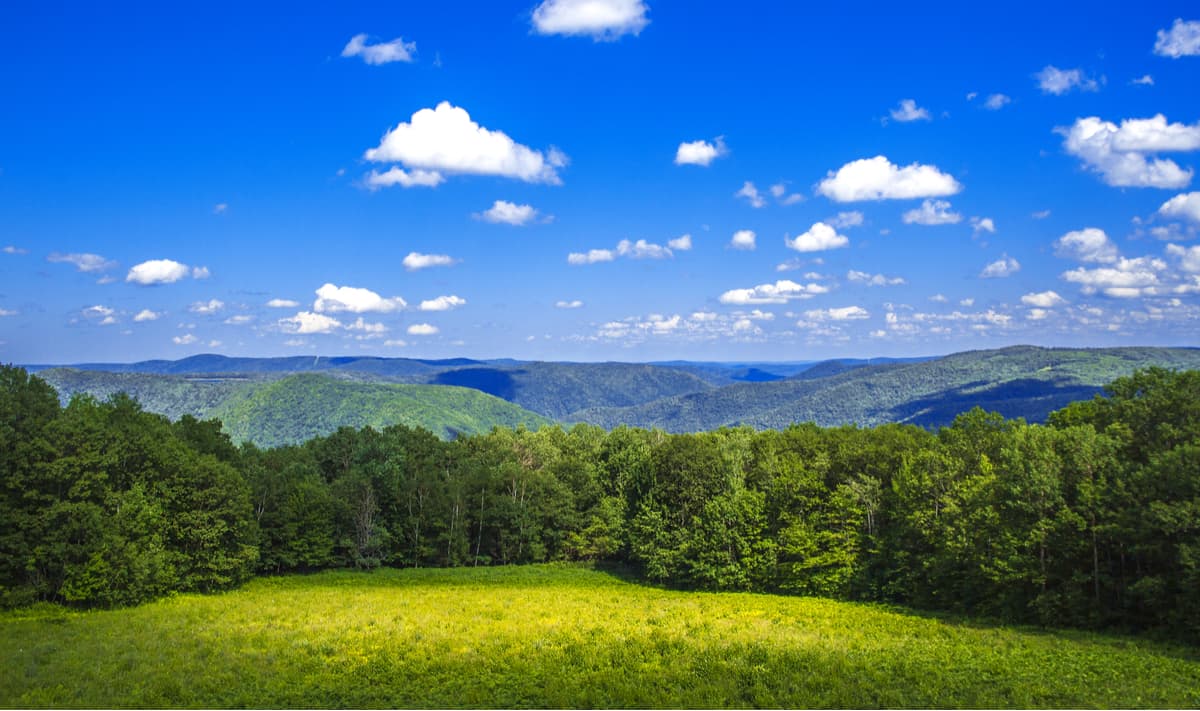 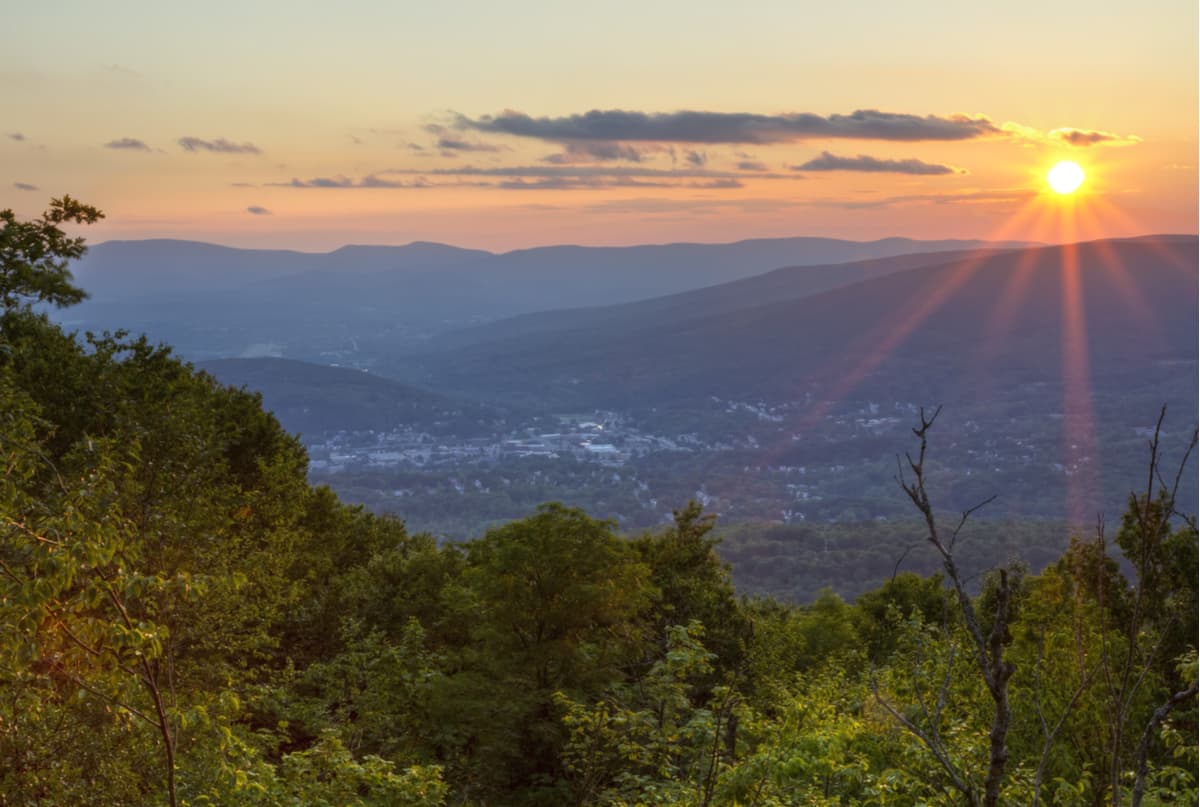 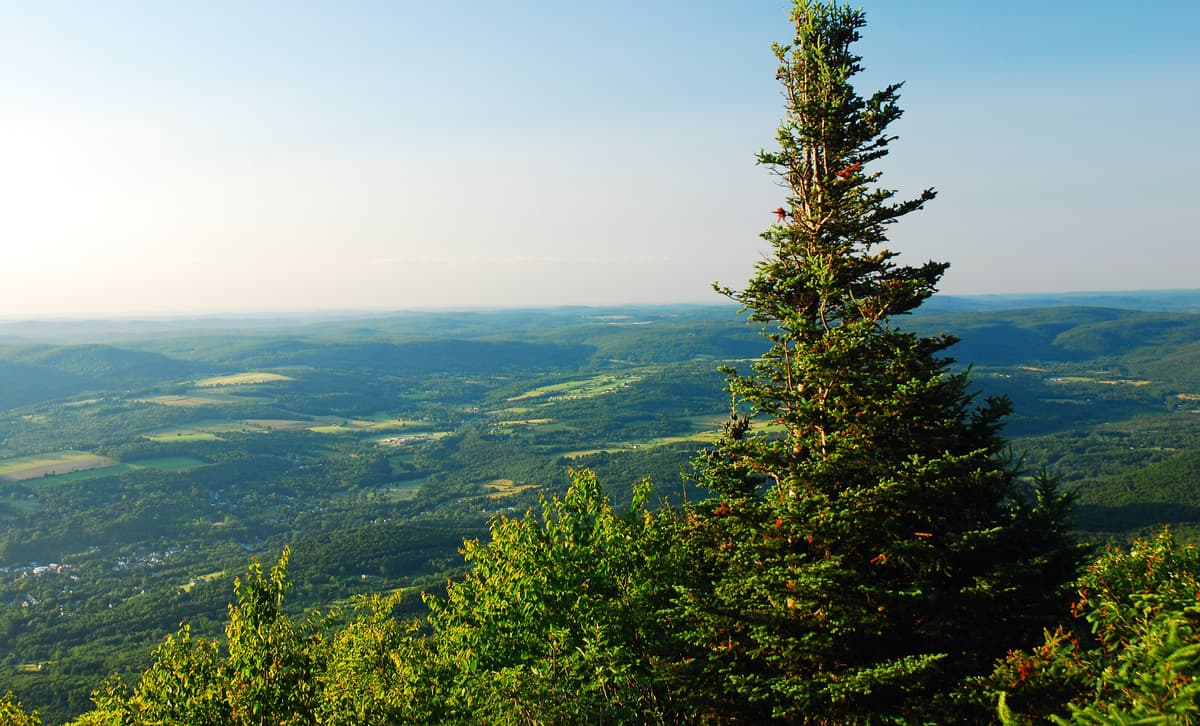 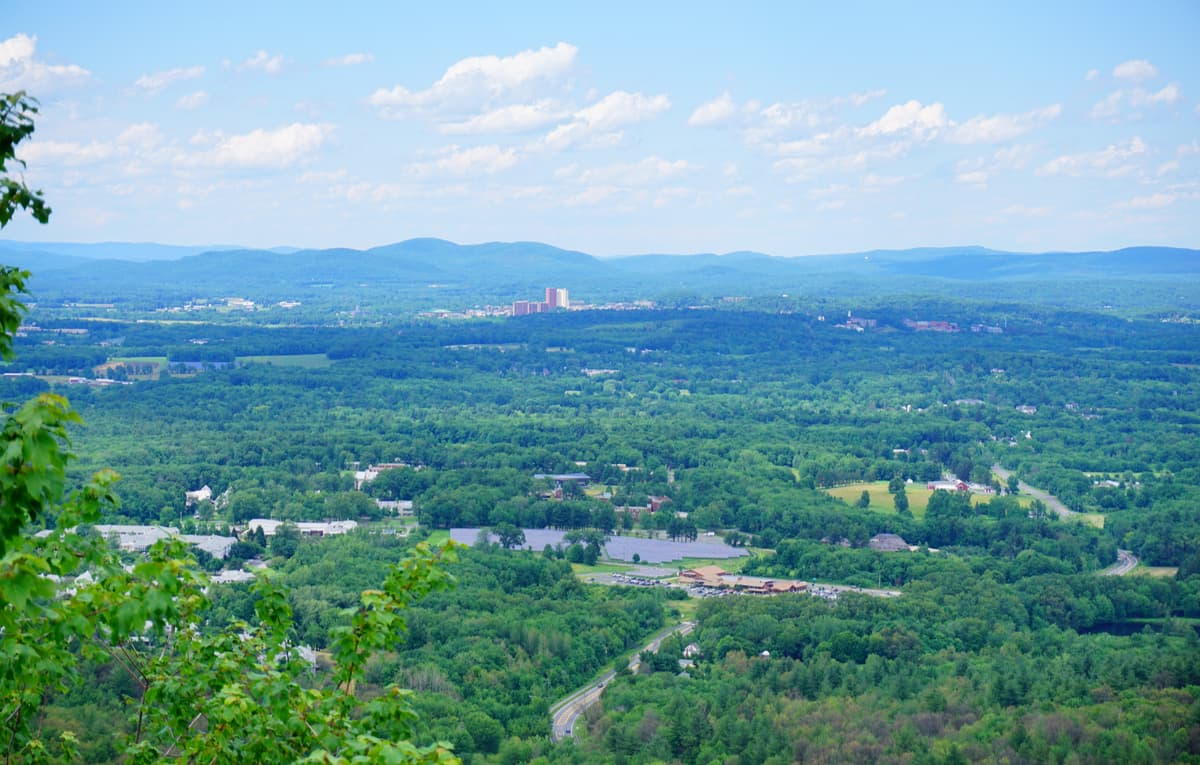 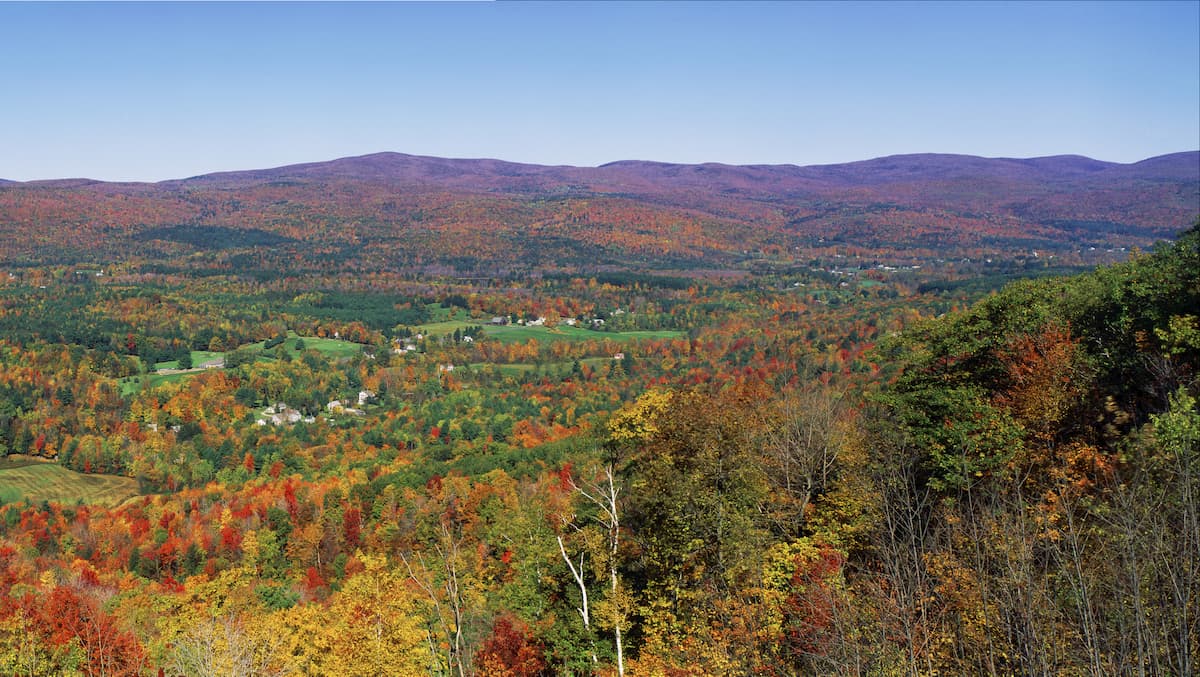