The Taconic Mountains, a subrange of the renowned Appalachian Mountains, span an impressive 200 miles, beginning in northwest Connecticut and northeast Dutchess County, New York, and traveling along the border of New York and Vermont before eventually reaching Burlington, Vermont. This set of extraordinary peaks earns its name from the Algonquian word Taghkanic or Taughannock, pronounced Tuh-GA-nick, which translates to “in the trees.”

The Taconics can generally be subdivided into several subranges and regions: The South Taconics, The Central Segment and Upper Hoosic River Valley Region, Southern Vermont, and the Northern Terminus.

The southern Taconics, in particular, house several notorious peaks, including Mount Greylock, Mount Frissell, Bear Mountain, Alander Mountain, Brace Mountain, Mount Everett, and Mount Fray. These oval-shaped summits rise to between 2,200 to 2,600 feet and contain one of the largest and most diverse remaining stands of forest in southern New England. The southern Taconics are also home to Massachusetts’ highest waterfall, Bash Bish Falls, the Catamount Ski Area, and portions of the infamous Appalachian Trail.

The central segment and Upper Hoosic River Valley region also contains well-known summits like Bald Hill, Harvey Mountain, and Yokun Ridge, a 9-mile ridge that contains a well-defined series of summits, including West Stockbridge Mountain, Yokun Seat, Mahanna Cobble, and Lenox Mountain. This region also contains Misery Mountain, a 6-mile long ridgeline that contains at least ten well-defined summits, and Berlin Mountain, a 2,800-foot peak that lies in both New York and Massachusetts. An extensive network of both day-use trails and long-distance trails can be found in this area of the Taconics, including portions of the Appalachian Trail, Taconic Crest Trail, and Taconic Skyline Trail.

The Southern Vermont section of the Taconic Mountains contains Mount Anthony, arguably the most recognizable summit in the range. Although Mount Anthony reaches just 2,323 feet, the peak earns its notoriety due to its proximity to Southern Vermont College and its prominence over the surrounding terrain. Just an hour north of Mount Anthony the Taconics reach their highest point at the summit of 3,835-foot Equinox Mountain. Nearby, Dorset Mountain, Mother Myrick Mountain, Grass Mountain, and Mount Aeolus reach over 3,000 feet in elevation, making this stretch of peaks some of the tallest in the range.

Approaching the northern terminus of the range, north of Danby, Vermont, the Taconics broaden. Still, several prominent peaks and irregular cliff faces dot the landscape, including Herrick Mountain, Bird Mountain, and Grandpa’s Knob, which are all visible from nearby towns and highways. Eventually the Taconic Mountains taper into nondescript foothills and isolated summits, like Mount Philo and Snake Mountain.

The Taconics are highly revered for their ecological value, conservation, natural resources, and outdoor recreation opportunities. This set of summits contain hundreds of miles of trails and over sixty designated and protected recreation areas.

Though the tallest point in Connecticut is technically the shoulder of Mount Frissell, Bear Mountain is the tallest mountain entirely within the state. The trek to the summit of Bear Mountain is relatively popular and, despite a short Class 1 rock scramble on one side of the mountain, not particularly challenging. Bear Mountain sits about a half-mile south of the Massachusetts state line on the Appalachian Trail and contains the remnants of an old stone tower. There are a few options to choose from to ascend Bear Mountain, but most hikers opt to take the well-maintained and clearly marked Undermountain Trail, which intersects with the Appalachian Trail, off of Route 41. This 6-mile trek is steep and requires a brief scramble, but the summit views are well-worth the effort.

Located in Taconic State Park, Brace Mountain and its sister peak, South Brace, sit on the border of Connecticut and Massachusetts. From the summit, hikers can appreciate expansive views of Mount Greylock, the Helderberg Escarpment near Albany, the Catskills, Bear Mountain, and the Hudson Highlands. Ambitious hikers can also continue beyond Brace Mountain via the South Taconic Trail to bag additional peaks, including Alander Mountain in Mount Washington State Park and Mount Frissell.

Equinox Mountain, arguably southern Vermont’s best-known peak, is the highest in the Taconic Range and second highest in the region. This impressive summit has been placed on a variety of lists, including “New England’s Fifty Finest Peaks,” and “New England’s Most Prominent Peaks.” The only trail to the summit is the steep, 3-mile Blue Summit Trail, though there is also a road that allows visitors to drive to the summit. On a clear day, visitors can appreciate panoramic views of nearby Taconic summits, the Green Mountains, Valley of Vermont, and the Adirondacks.

Located on Mount Fray, the Catamount Ski Area is one of the best mid-sized ski areas on the East coast. Established in 1939, Catamount is a family oriented, all-seasons resort that features 119 skiable acres, 36 trails, and a 1,000-foot vertical drop. As of 2018, Catamount was revamped to include a new lift, lodge, snow-making ponds, miles of pipe, and countless other upgrades. During the summer, Catamount also features one of the largest aerial adventure parks on the East Coast, offers whitewater rafting trips, and boasts the longest zipline in the United States.

Jiminy Peak is a mid-sized alpine ski resort tucked in the Taconic Mountains in western Massachusetts. In addition to featuring over 150-acres of skiable terrain, Jiminy is a family-friendly destination that features a variety of restaurants and lodging options. In the summer, visitors can also enjoy over 40 trails, an alpine super slide, mountain coaster, or hang out at the Mountain Adventure Park. 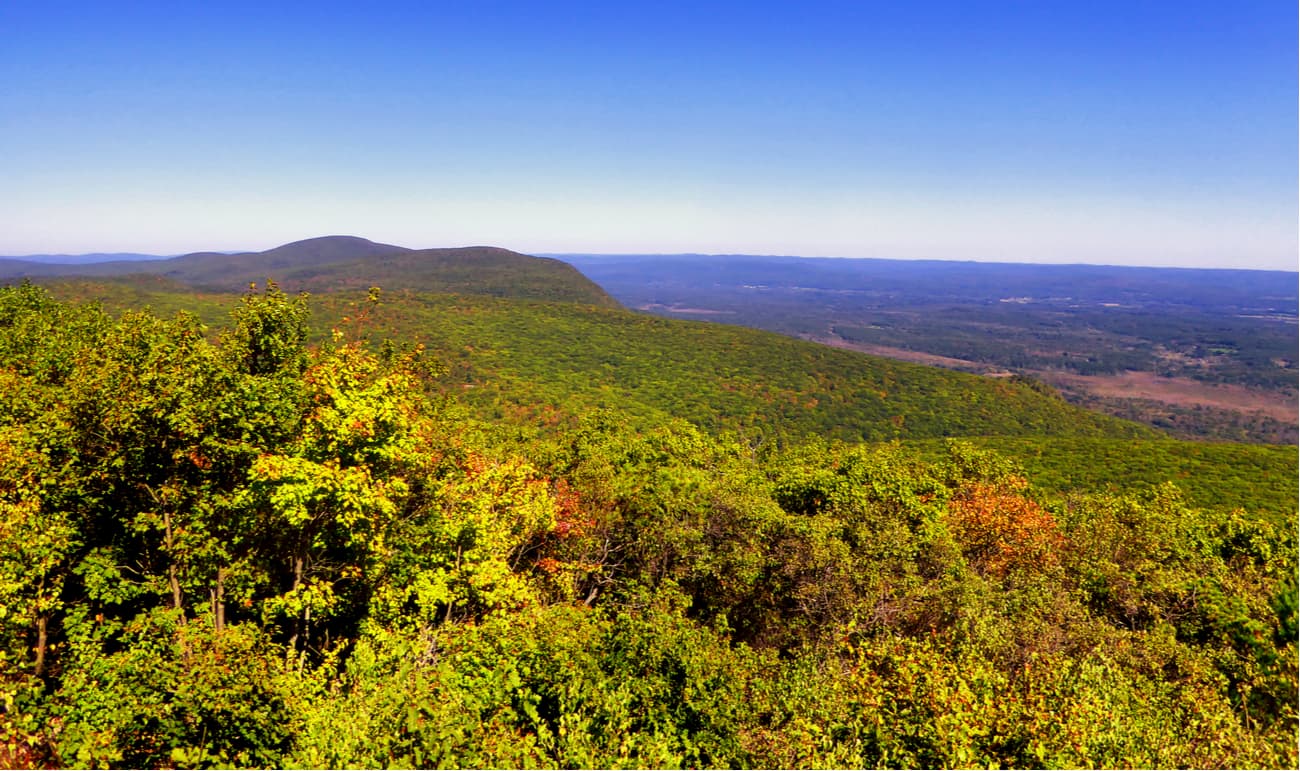 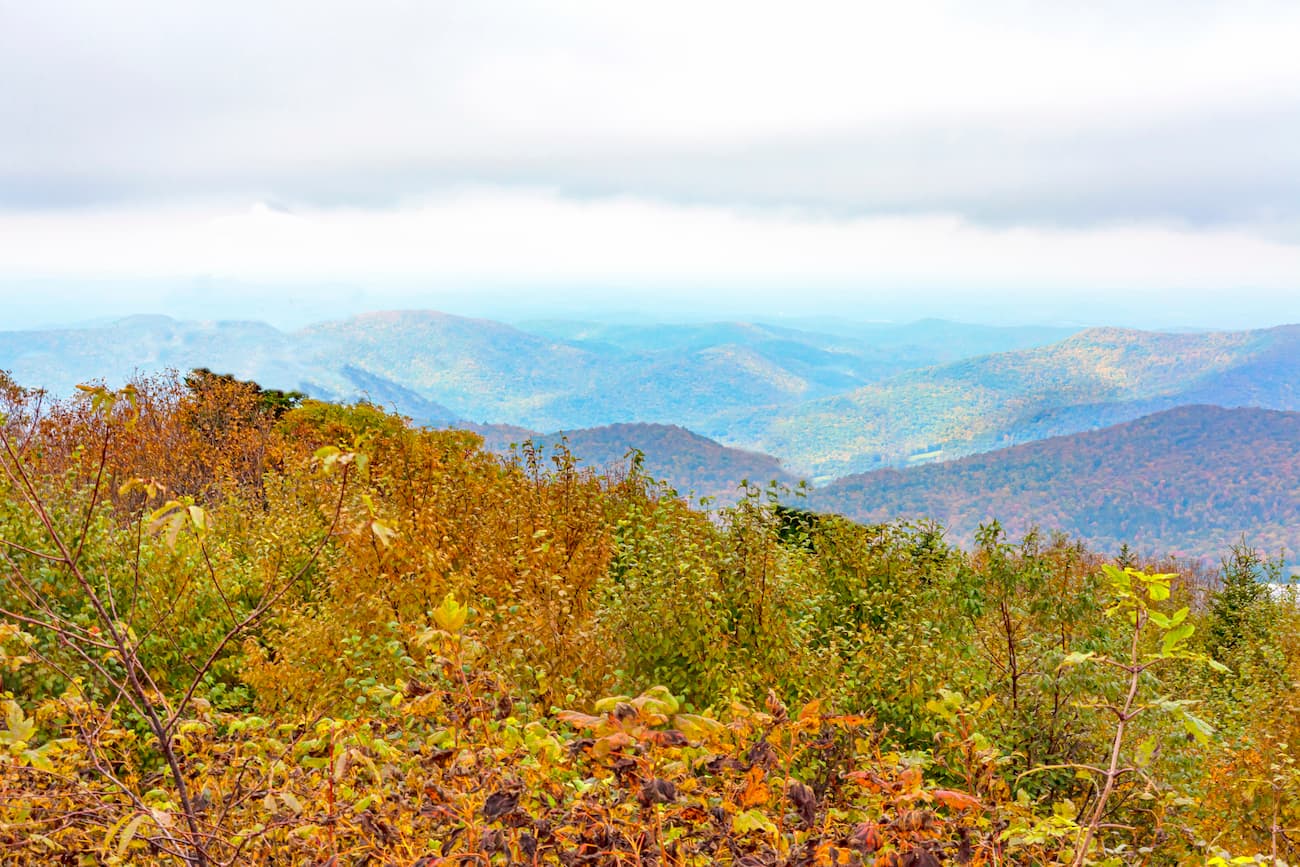 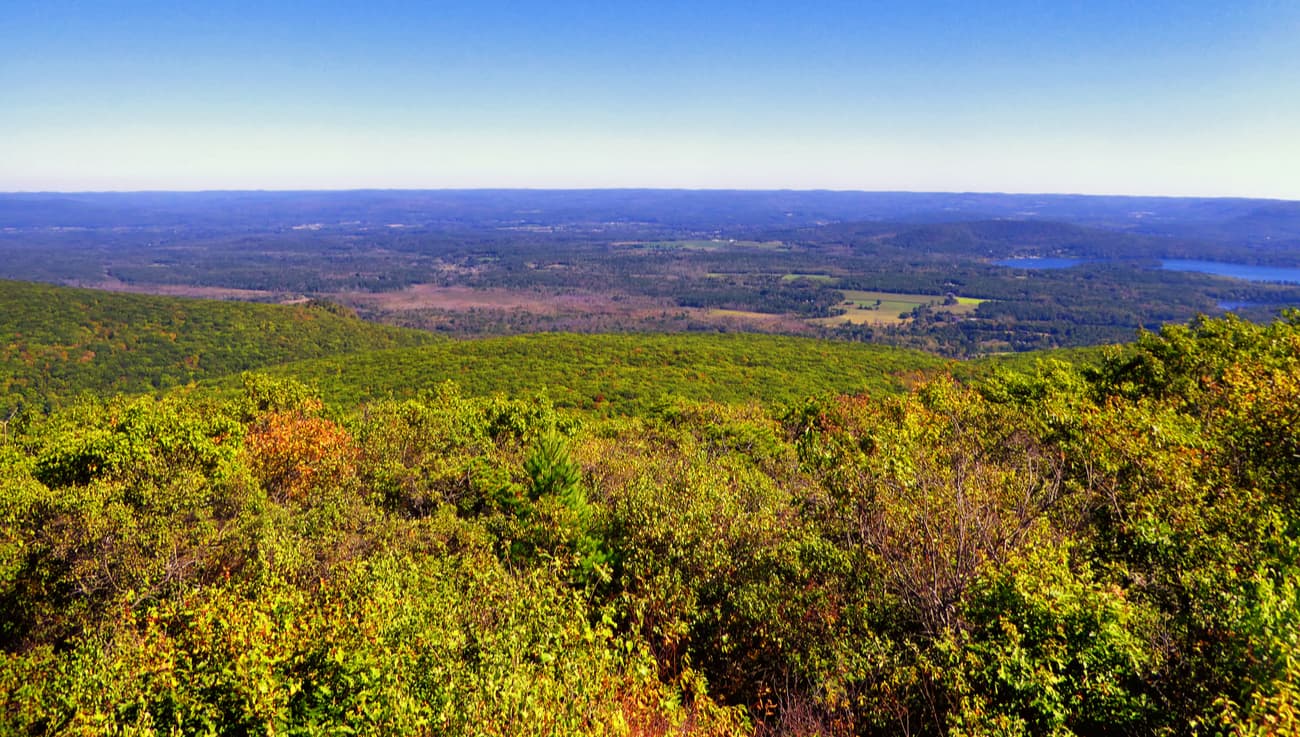 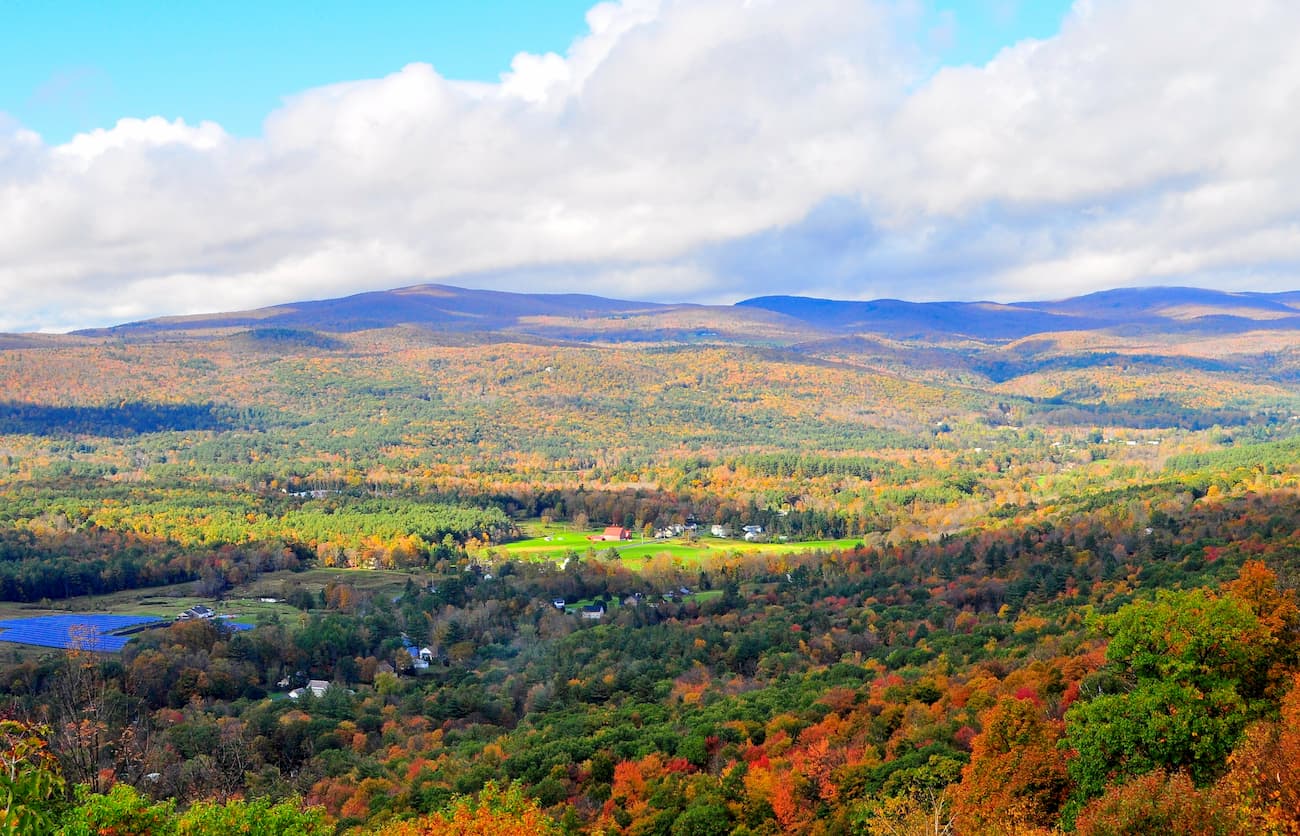 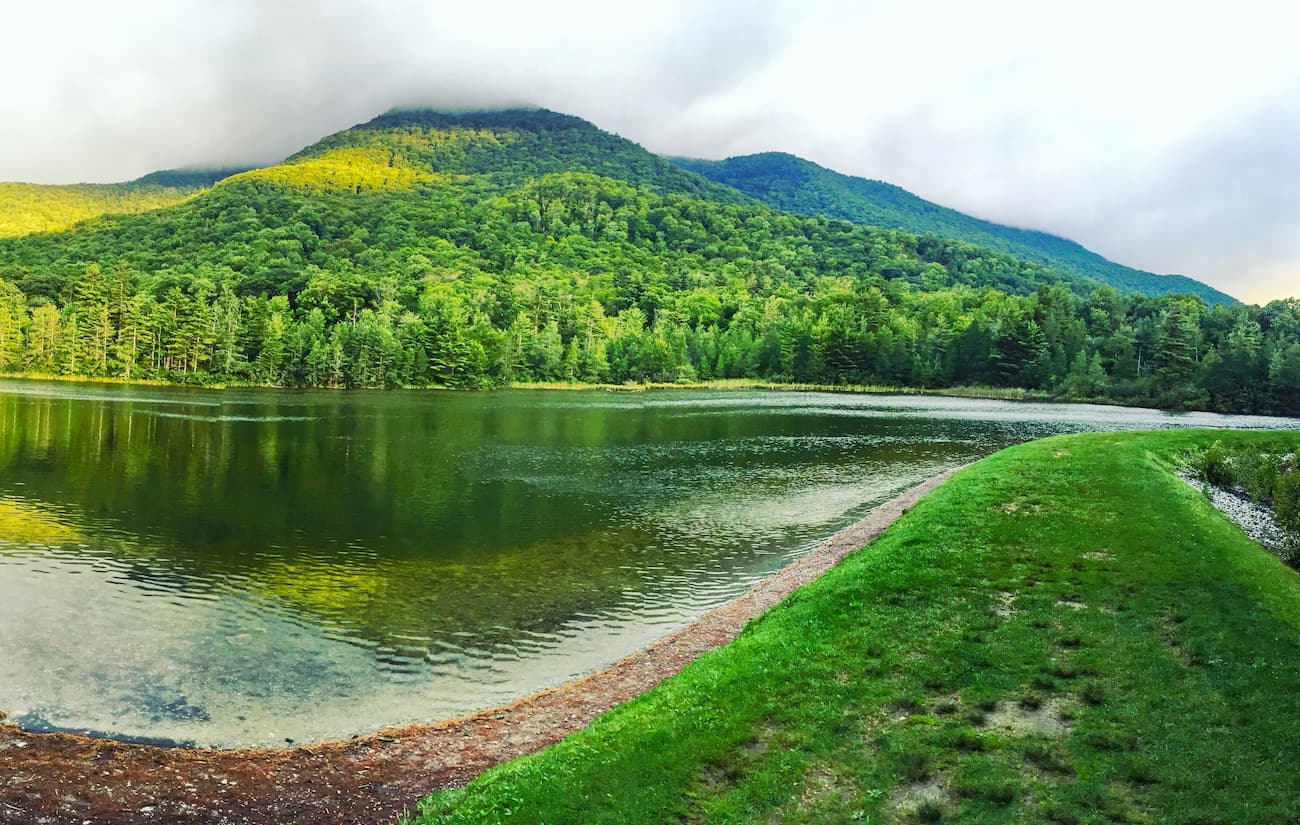 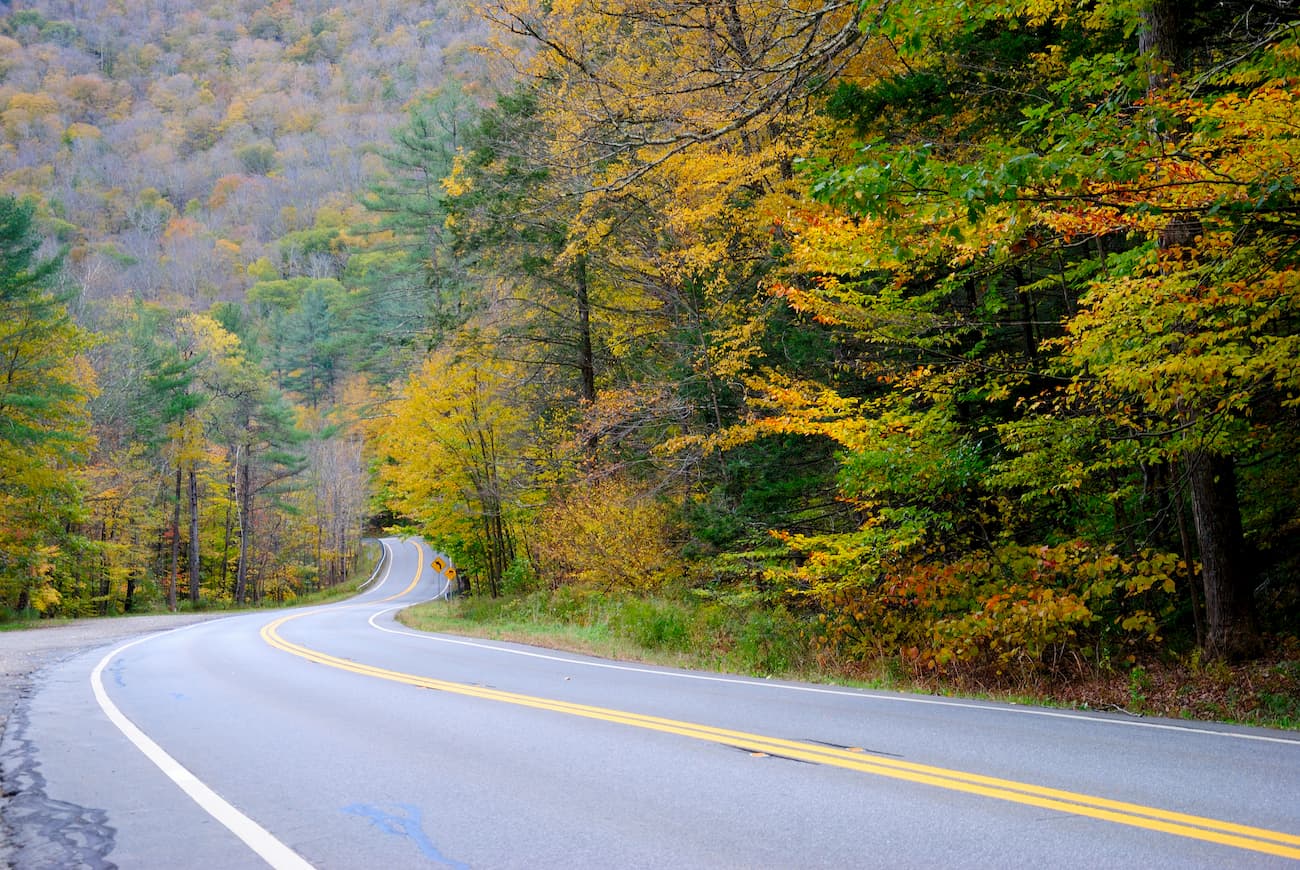 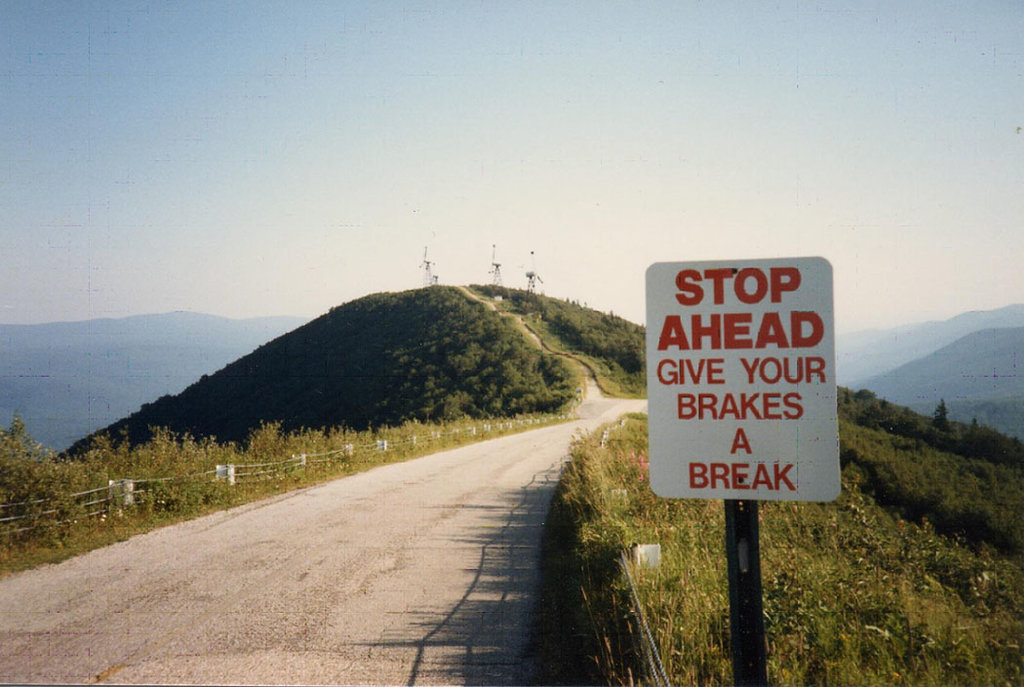