Reading Prong is a subsection of the Appalachian Mountains within the southern New England and northern Mid-Atlantic sections of the United States. It contains 532 named peaks, the highest of which is Schunnemunk Mountain (1,677ft/510m) and the most prominent of which is South Beacon Mountain (1,601ft/491m). 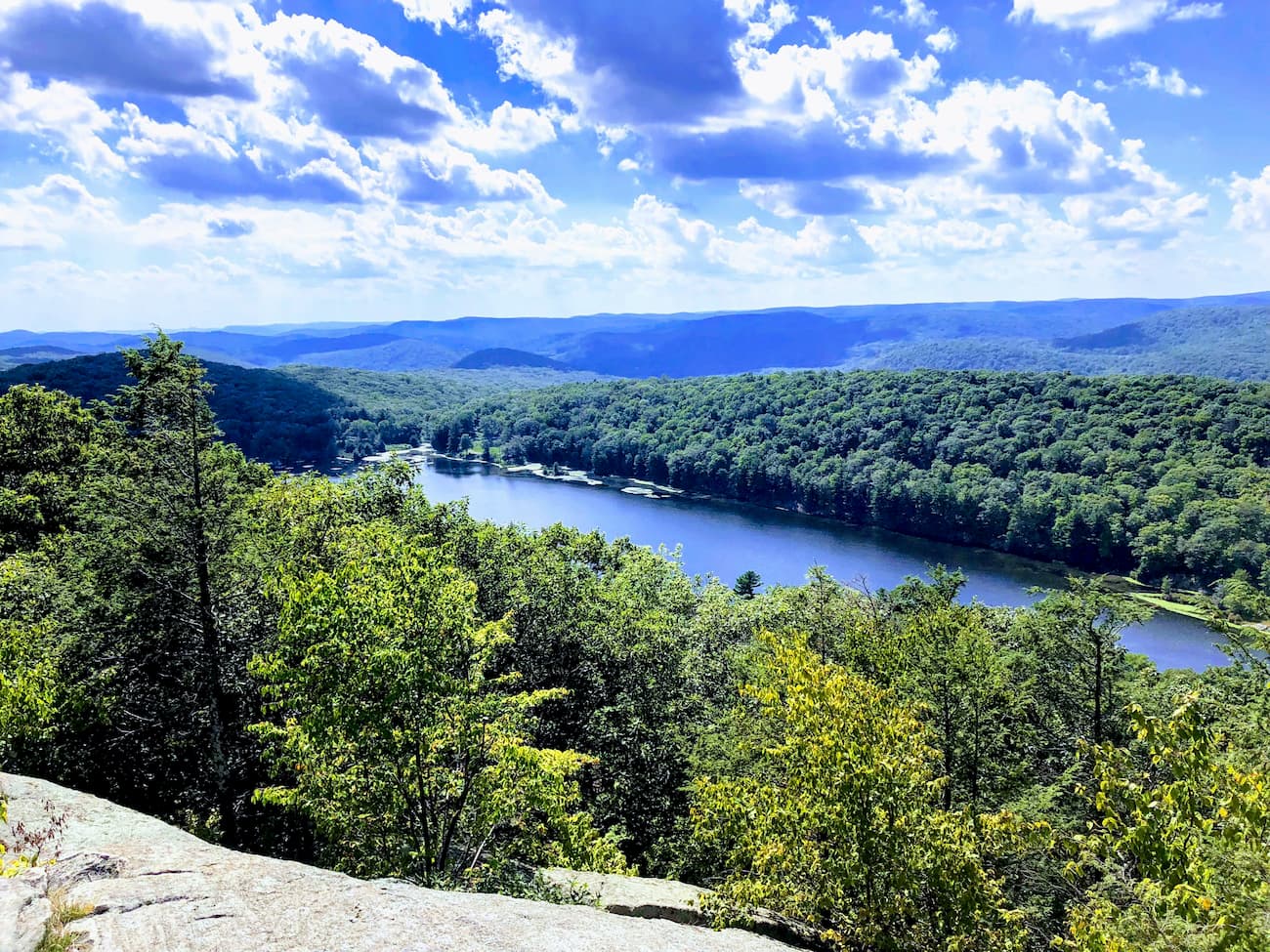 The range travels through some of the most densely populated areas on the United States’ eastern seaboard, passing just west of New York City and Long Island. It extends from Reading, Pennsylvania, to the north of Philadelphia, through New York’s Westchester County and Hudson Valley Regions to the south of the Catskill Mountains and the Minnewaska State Park Preserve.

Meanwhile, the northernmost section of Reading Prong in western Connecticut is just south of both the Taconic Mountains and the mountains of Berkshire County in Massachusetts.

Reading Prong is considered a subsection of the greater Appalachian Range, which extends from the state of Alabama to Canada’s Newfoundland and Labrador. Geologically, the bedrock in Reading Prong dates back to the Precambrian Period, the earliest part of Earth’s history, between 4.6 billion and 541 million years ago.

This ancient rock is found along the basement of the Appalachians and is occasionally exposed throughout the Reading Prong region of the range. Much of this basement rock is gneiss with high concentrations of uranium and it shares some similarities to what is found in the Blue Ridge Mountains to the south of Reading Prong. Indeed, some geologists argue that the Reading Prong is just a continuation of the Blue Ridge Mountains that stretch from Georgia into Pennsylvania.

Reading Prong and the rest of the Appalachian Mountains are home to an exceptionally diverse array of ecosystems. While Reading Prong covers a large swath of land, the region shares some similar ecological characteristics.

For the most part, the Reading Prong is home to a mix of deciduous broad-leaf trees as it does not have enough high-elevation landscape to support an abundance of coniferous trees. However, there are some interspersed among the deciduous forests.

The range is also home to quite a large array of mammals, including a variety of tree squirrels, rabbits, and white-tailed deer. Both the eastern wolf and the mountain lion were native to the region but have since been extirpated by hunters. Black bears are still found in the region, though not in their historical numbers. Other common animals include skunks, foxes, coyotes, raccoons, wild turkeys, grouse, and a variety of hawks, owls, doves, and songbirds.

The region in and around Reading Prong has been home to humans for thousands of years. The Haudenosaunee Confederacy, or the Iroquois Nation, alongside the Algonquin, Lenape, and countless others, consider the region to be part of their ancestral homelands.

After the arrival of the Dutch in the early 17th century, and later, the British, in and around Manhattan Islands, colonial settlement pushed the native people of the region off their land. Due to its prime location along the Atlantic Coast, the Reading Prong region quickly became one of the most heavily populated regions in British North America.

It was an instrumental battleground for a number of major confrontations during the American Revolution. In fact, Schunemunk Mountain was often the site of conflict between Loyalists and Patriots during the war.

Since then, a number of major cities have been built around the foothills of Reading Prong, including Pennsylvania’s Harrisburg, New Jersey’s Newark, and New York’s Newburgh. Although the region, as a whole, is not formally protected and is well developed, there are some locally-protected areas, including a number of notable parks and recreation sites, including Clarence Fahnestock Memorial State Park, Hudson Highlands State Park, and Harriman State Park.

Here are some of the most popular hiking areas within the Reading Prong region:

Located in southern New York’s Putnam and Dutchess counties, Clarence Fahnestock Memorial State Park is a 14,337 acre (5,801ha) area of protected land that offers some good family-friendly outdoor recreation opportunities. The park has five named peaks, the highest of which is Moose Hill and the most prominent of which is Candlewood Hill.

There are a number of hiking trails within the park, as well as a beach, seasonal hunting opportunities, and a campground. The park is also known for its winter activities, which include sledding, snowshoeing, and cross country skiing.

Hudson Highlands State Park is located along the Hudson River in New York’s Westchester and Putnam Counties. It includes 11.98 square miles (31 sq. km) of land, as well as 11 named mountains, the highest and most prominent of which is South Beacon Mountain.

Hudson Highlands is home to a surprising array of different landscapes, including salt marshes and craggy summits. It also offers panoramic views of the Hudson River and is easy to access from New York City, so it is a very popular hiking destination for tourists. Common hikes include summits of Breakneck Ridge, Anthony's Nose, and Bull Hill.

Harriman State Park is the second largest state park in New York, behind Adirondack State Park, with a total area of 74.3 square miles (192.3 sq. km). It is located in both Orange and Rockland Counties and has 58 named mountains, the highest of which is Fingerboard Mountain and the most prominent of which is West Mountain.

Harriman State Park has over 200 miles (320km) of hiking trails and is within a very short driving distance of New York City. It also has an abundance of lakes and campgrounds. In fact, the Appalachian Trail crosses through the park, as do other common hikes, including the Blue Disc Trail and the Long Path.

Reading Prong is located near one of the most densely populated sections of the United States, which is also known as the “Northeast Megalopolis.” This region is home to over 50 million residents and contains some of the largest, and most densely populated, cities in the country. Here are some of the best places to stay before or after your adventure in the mountains:

“The City,” as locals call it, is just to the east of Reading Prong and is within a short drive or train ride of many of the region’s major parks. The New York region is home to three major international airports that provide excellent connections to major cities around the world. The rest of the metropolitan area is fairly easy to get to by public transportation and it is an excellent place to start a trip into Reading Prong if you’re coming from further afield.

Poughkeepsie is located near the northern edge of Reading Prong in New York’s Hudson River Valley region. It has over 30,000 residents and is a popular destination for outdoor recreation, thanks to its proximity, not only to Reading Prong, but to Minnewaska State Park Preserve and the world famous Shawangunk Ridge climbing destination.

Poughkeepsie is well connected to New York City by train and is close to Stewart International Airport in Newburgh. The city is also well connected by I-87 and other state/local highways for road transportation.

Philadelphia, or “Philly,” is the largest city in Pennsylvania and the sixth-largest in the United States with a population of over 1.5 million people. It is located just south of Reading Prong but is within driving distance for a day trip into the southern part of the range.

Philly has an international airport, good road connections, and regular train service around the Eastern Seaboard. The city is also a well-known tourist destination and is a good place to visit if you’re a big history buff. 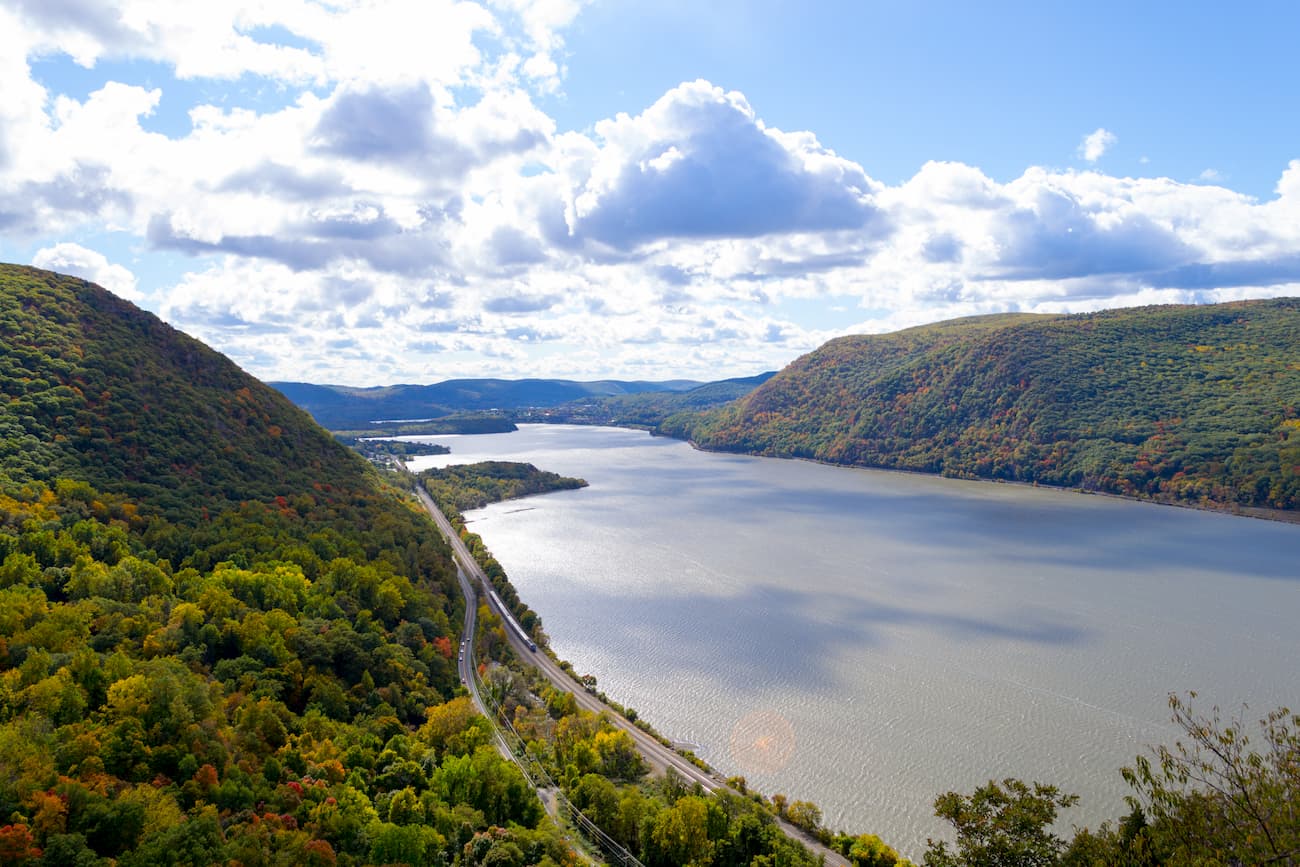 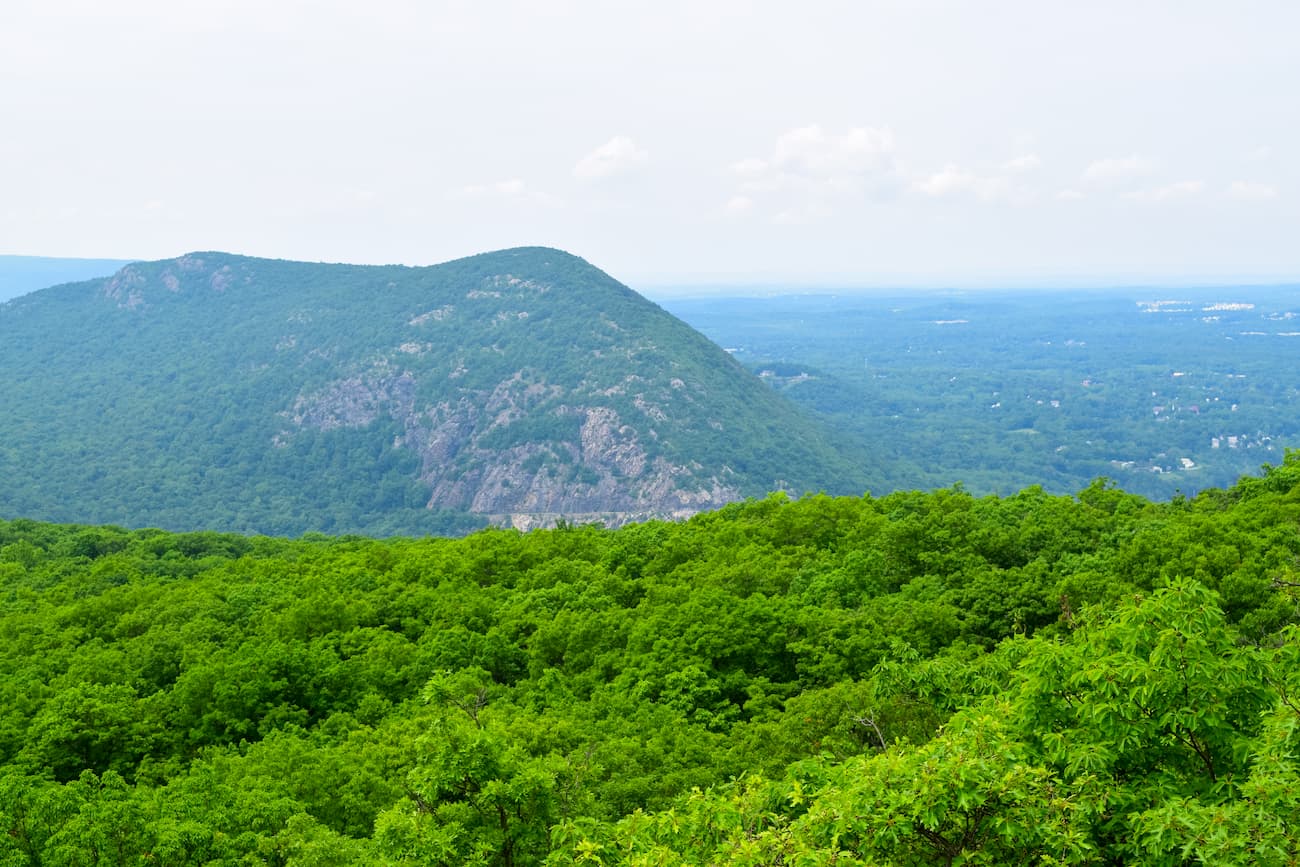 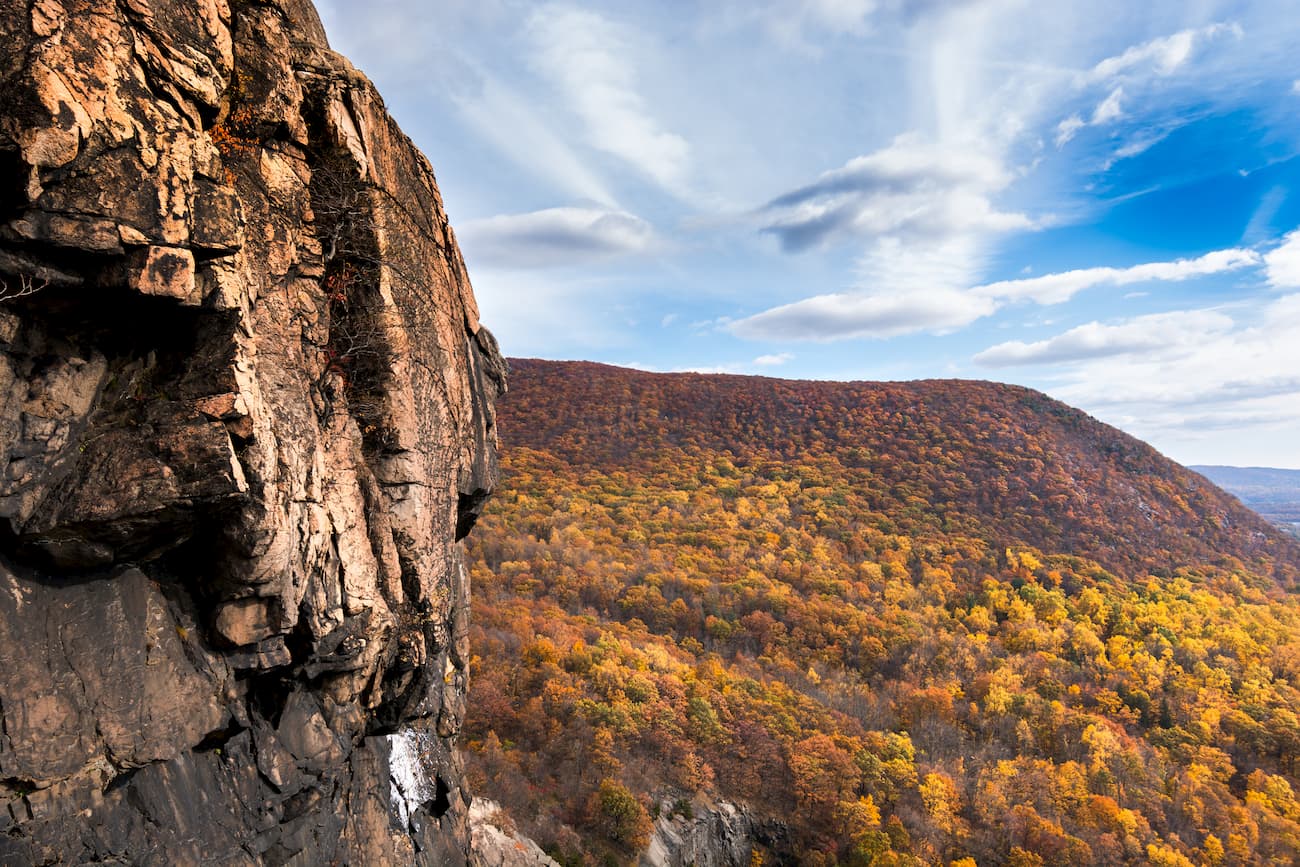 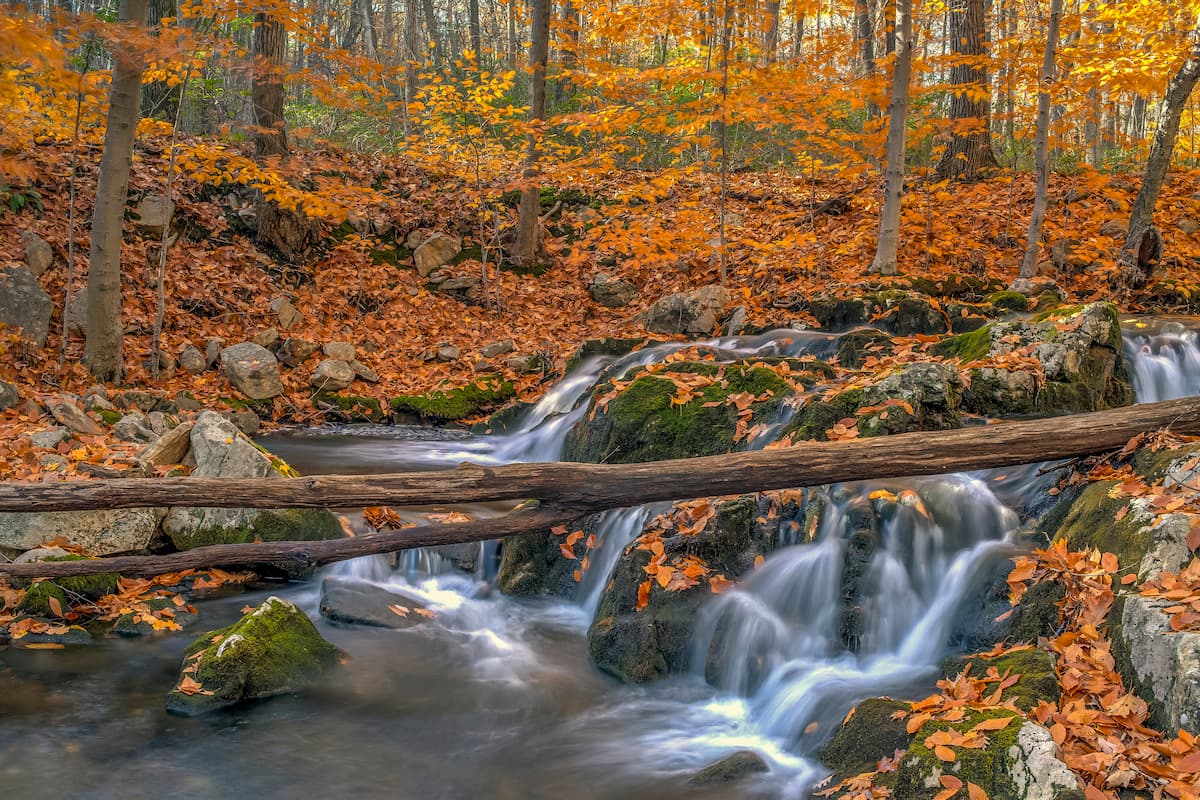 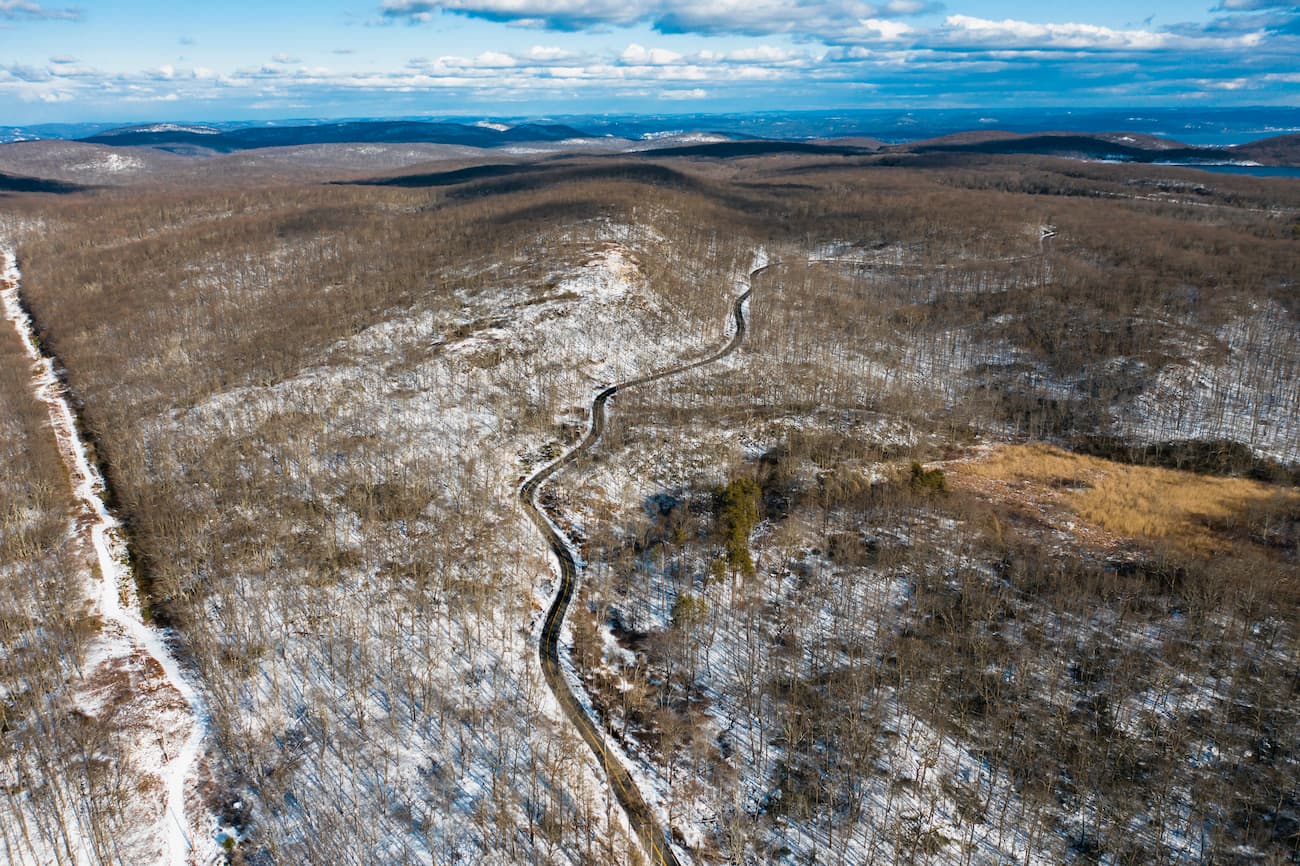 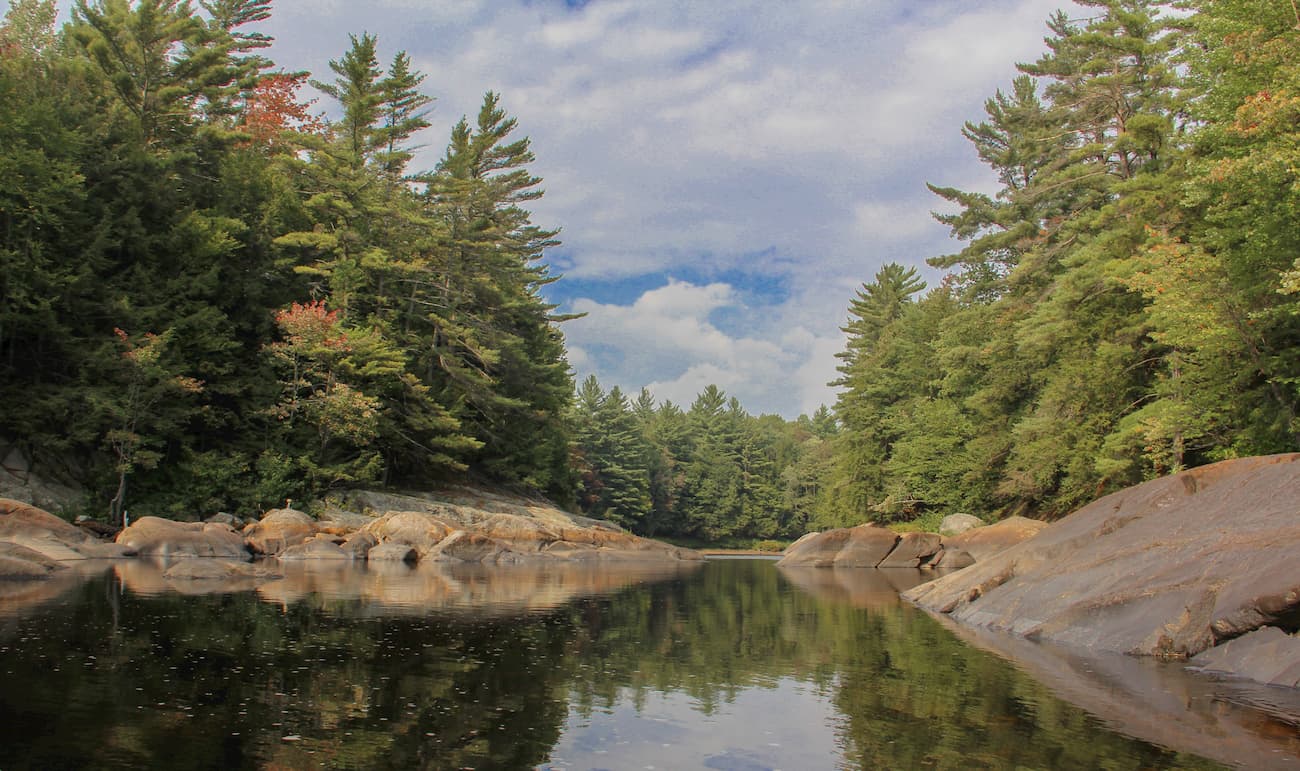 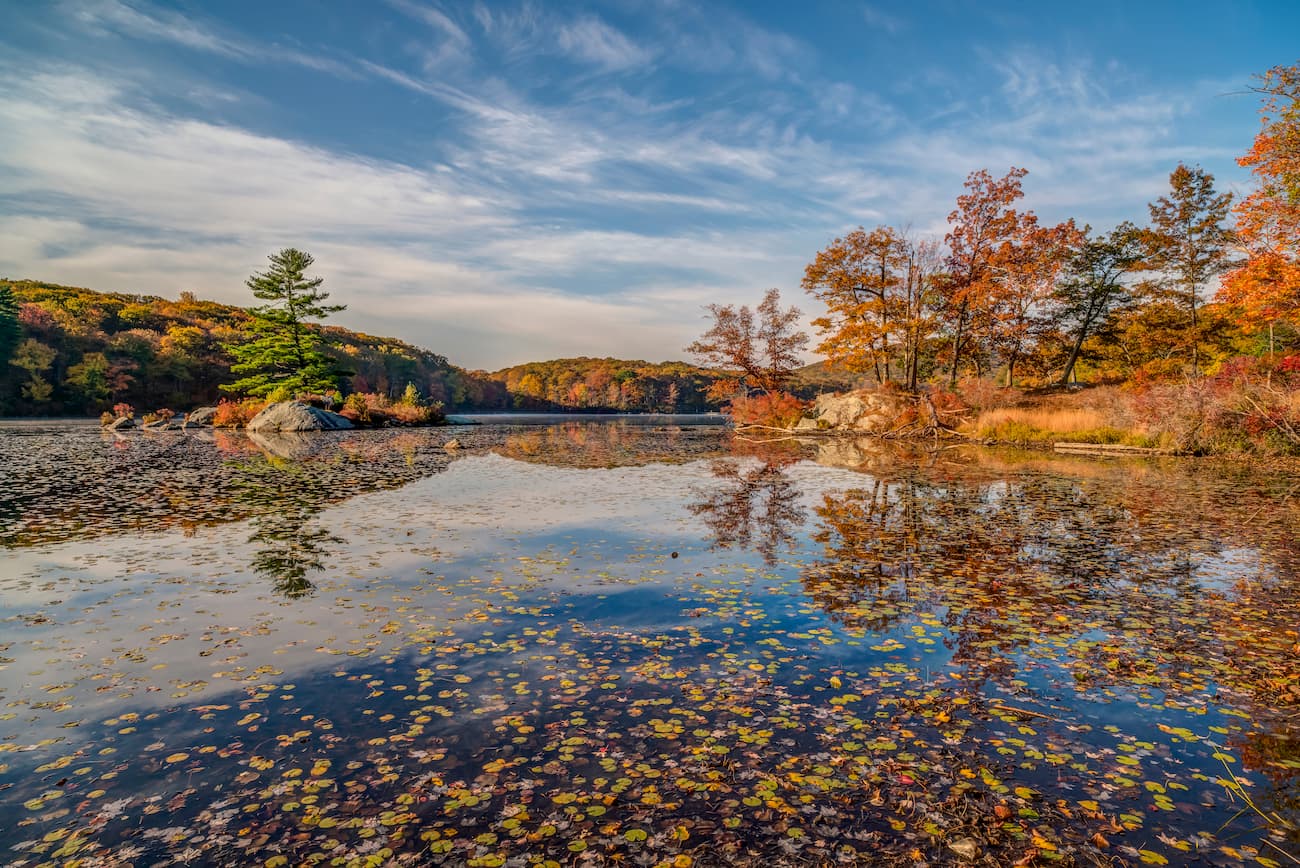