394 m
Elevation
Elevation is the altitude of a place
above sea level.

212 m
Prominence
Peak’s prominence is the least
vertical to be covered to get from the
summit to any other higher terrain.

Its summit, accessible by a paved road, has several roadside viewpoints, a picnic area and an observatory, the Perkins Memorial Tower. It is crossed by several hiking trails as well, including the oldest section of the Appalachian Trail (AT). As of 2015, the AT across Bear Mountain is continuing to be improved by the New York–New Jersey Trail Conference to minimize erosion and improve accessibility and sustainability as part of a project to rebuild and realign the trail that began in 2006.

The steep eastern face of the mountain overlooks the Hudson River. The eastern side of the mountain consists of a pile of massive boulders, often the size of houses, that culminate in a 50-foot (15 m) cliff face at approximately the 1,000-foot (300 m) level. A direct scramble from the shore of Hessian Lake to Perkins Memorial Drive on the summit requires a gain of about 1,000 feet (300 m) in roughly 0.8 miles (1.3 km). From the summit, one can see as far as Manhattan, and the monument on High Point in New Jersey.
There's a trail called Appalachian Trail leading to the summit. Bear Mountain is one of the 311 peaks along the multi-day Appalachian Trail. 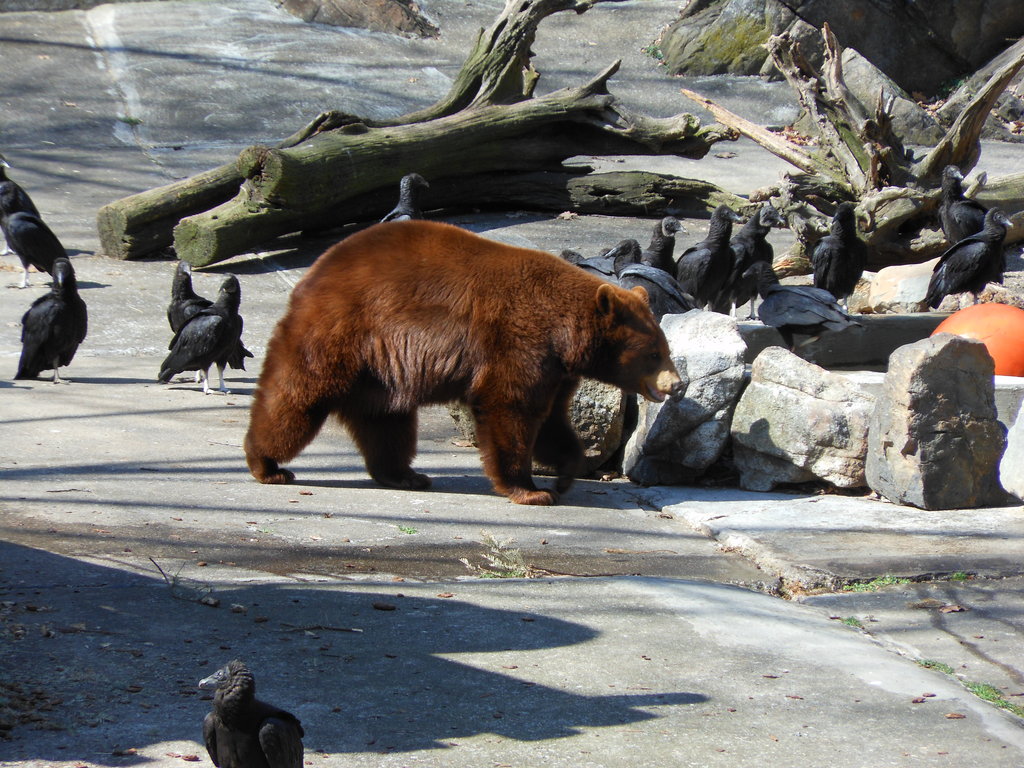