Known for its rolling terrain, fantastic vistas, and an abundance of lakes and streams, Harriman State Park is a protected area that’s located in the southern part of the US states of New York. Harriman is home to 58 named peaks, the highest of which is Fingerboard Mountain (1,381ft/421m), and the most prominent of which is West Mountain (1,263ft/385m). 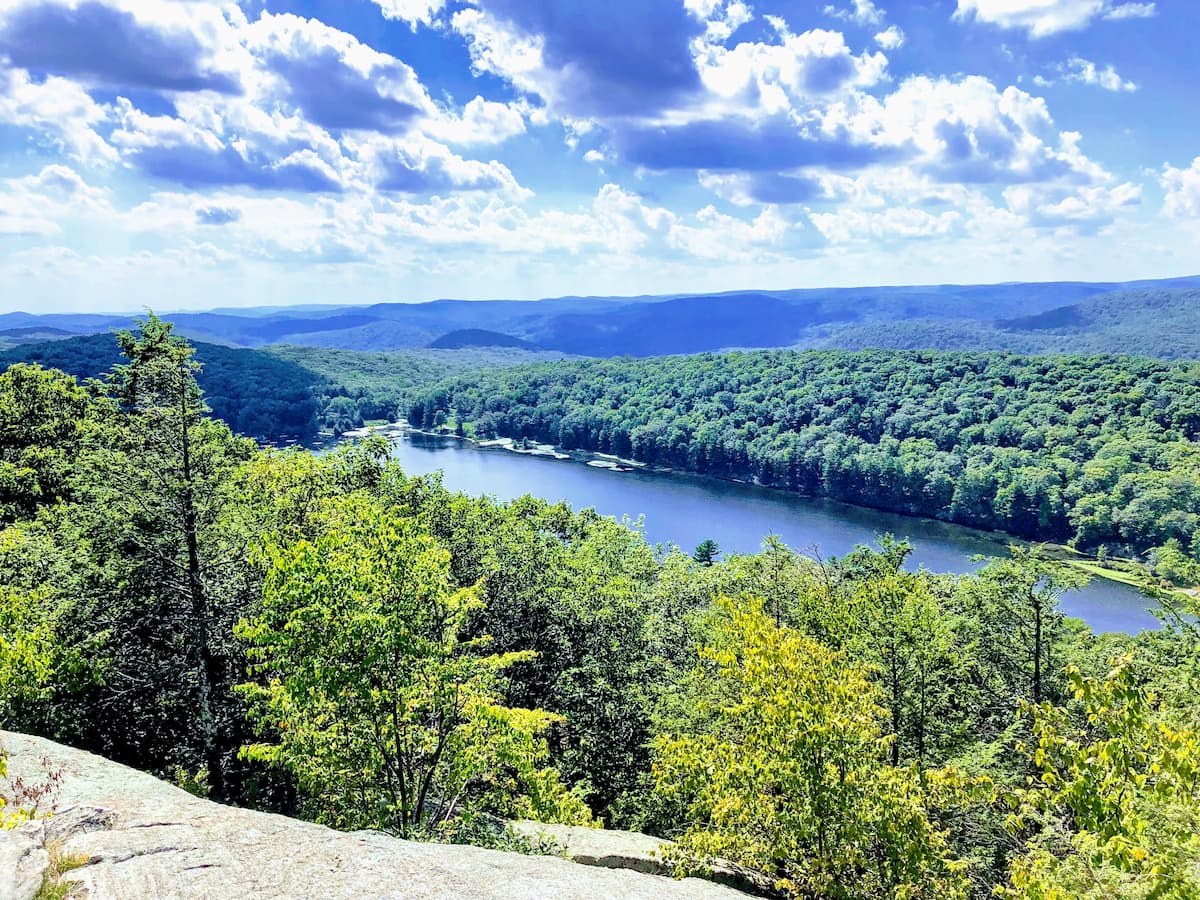 Harriman State Park is situated in the southern part of the state of New York, near its border with New Jersey. It is continued within Rockland and Orange Counties to the west of the Hudson River.

The park is the second-largest in New York with 74 square miles (192.3 sq. km) of land, making it second only to the Adirondack Park’s 9,375 square miles (24,281 sq. km). However, Harriman is adjacent to the Storm King Forest Reserve, which adds some 2.9 sq. miles (7.7 sq. km) of contiguous protected land, which is a substantial size for the densely populated Southern New York Region.

Along the northern part of Harriman, the park terminates at the bank of the mighty Hudson River. Further south, the river moves to the east of the park, just beyond the borders of High Tor State Park.

The mountains within Harriman State Park are part of the northernmost extent of Reading Prong, a subrange within the Appalachian Mountains. Reading Prong extends from eastern Pennsylvania, through New Jersey and New York, and terminates in Connecticut. However, it’s often referred to as the “Hudson Highlands” or the “Housatonic Highlands,” the former of which is most commonly used in Harriman State Park.

The bedrock within this region is predominantly Precambrian in age, dating some 4.6 billion to 541 million years back. It is mostly uranium-rich gneiss and is very similar to what is found within the Blue Ridge Mountains to the south.

The landscape within Harriman is part of the Northeastern coastal forest ecoregion, which covers much of the northeast and Mid-Atlantic coastal regions of the United States. This ecoregion is dominated by deciduous broad-leaf trees with some interspersed conifers at higher elevations.

Wildlife in the park includes a wide diversity of small and mid-sized mammals, including rabbits, squirrels, raccoons, skunks, and the like. While the eastern wolf and mountain lion were both native to the region, they were extirpated at the hands of European and European-American settlers.

Additionally, Harriman’s numerous lakes and ponds, such as Lake Sebago, Lake Tiorati, Lake Kenawauke, and Pine Meadow Lake, support their own riparian habitats. Great blue herons are a fun, albeit uncommon, sight at some of these parks, but ducks and other waterfowl are abundant.

Harriman State Park has been home to humans for thousands of years. Among the most prominent of the original inhabitants of this region include the Lenape, whose ancestral homelands stretched at least as far as around the Delaware River and the southern part of the Hudson River Valley.

Many years after the removal of the Lenape from their land, railroad tycoon Edward Harriman and his wife, the philanthropist Mary Averell Harriman, owned some 46.3 square miles (120 sq. km) of land in the region around the city of Arden, New York. In the late 1800s, the state of New York decided to build a prison at Bear Mountain, though the Harrimans vehemently opposed this plan.

Thus, in 1909, one year after Edward Harriman died, Mary struck a deal with the then-Governor Charles Evans Hughes. As a part of this deal, Mary would donate $1 million, as well as 15.4 square miles (40 sq. km) of land to the state so it could create a state park. Additionally, New York had to end their plans to build a prison and set aside an additional $2.5 million to create new facilities for the park.

A few years later, in an attempt to make Harriman State Park more accessible to visitors, the Seven Lakes Drive was constructed. This 18 mile (29km) long road runs through Harriman and Bear Mountain parks from the town of Sloatsburg to the town of Stony Point. During the early years of the park, a steamboat actually offered round-trip service to and from Harriman from Manhattan.

Harriman State Park offers more than 225 miles (362km) of hiking trails for visitors to enjoy. Here are some of the best options to check out:

The Appalachian Trail is one of the most famous long-distance trails in the United States. During its journey from Georgia to Maine, an 18.8 mile (30.3km) long section passes through Harriman State Park, which provides a good overnight trip for keen hikers.

Traveling from the George Washington in New Jersey Bridge to just outside the city of Albany, the Long Path is a 357 mile (575km) long hiking path for avid adventurers. The path crosses through the park, covering some 25 miles (40km), which make for a nice overnight camping trip.

Harriman State Park is located just outside some of the most densely populated areas in the United States, providing some much-needed reprieve from life in the concrete jungle. Here are some of the best place to stay before or after your trip into the park:

The city of Peekskill is located just to the east of Harriman State Park, across the Hudson River in Westchester County. It has a population of over 23,000 people and is a mostly affordable place to live in the otherwise affluent southern New York area. Peekskill has a train station that provides regular service to New York City via the Metro-North Railroad.

Stony Point is a town of some 15,000 people to the east of Harriman, along the Hudson River. It is among the most rural of the towns in the area, but has a number of important historical sites and landmarks that bring some tourism into the area.

While there is no direct train service from Stony Point to New York City, the Palisades Parkway does travel through the town. Additionally, the Seven Lakes Drive runs from Stony Point through Harriman, providing excellent access to the park.

The city of New York is the largest and most populous city in the United States with a population of over 8.3 million people. New York is a world-renowned center for commerce, tourism, and the arts, so it is a good place to start your adventure into Harriman State Park.

The city has an abundance of train stations, bus stations, airports, and ferries that provide excellent access to the surrounding region and major cities further afield. 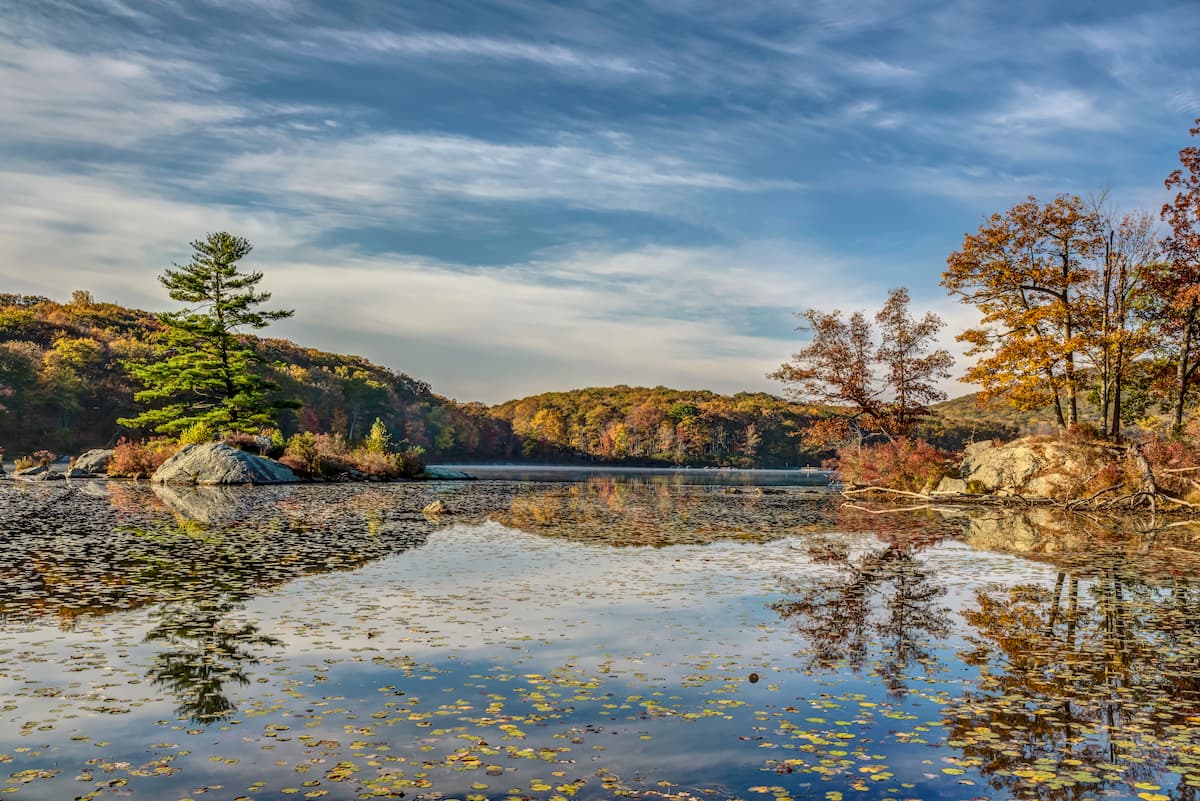 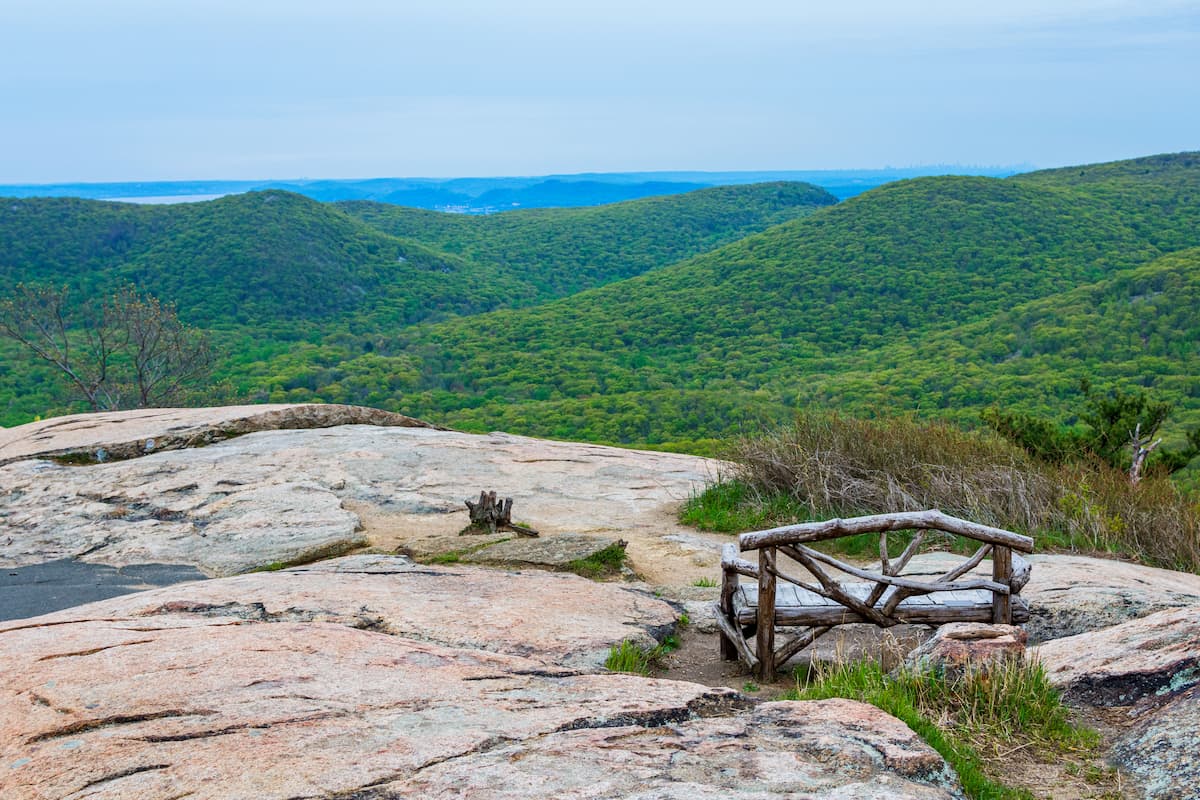 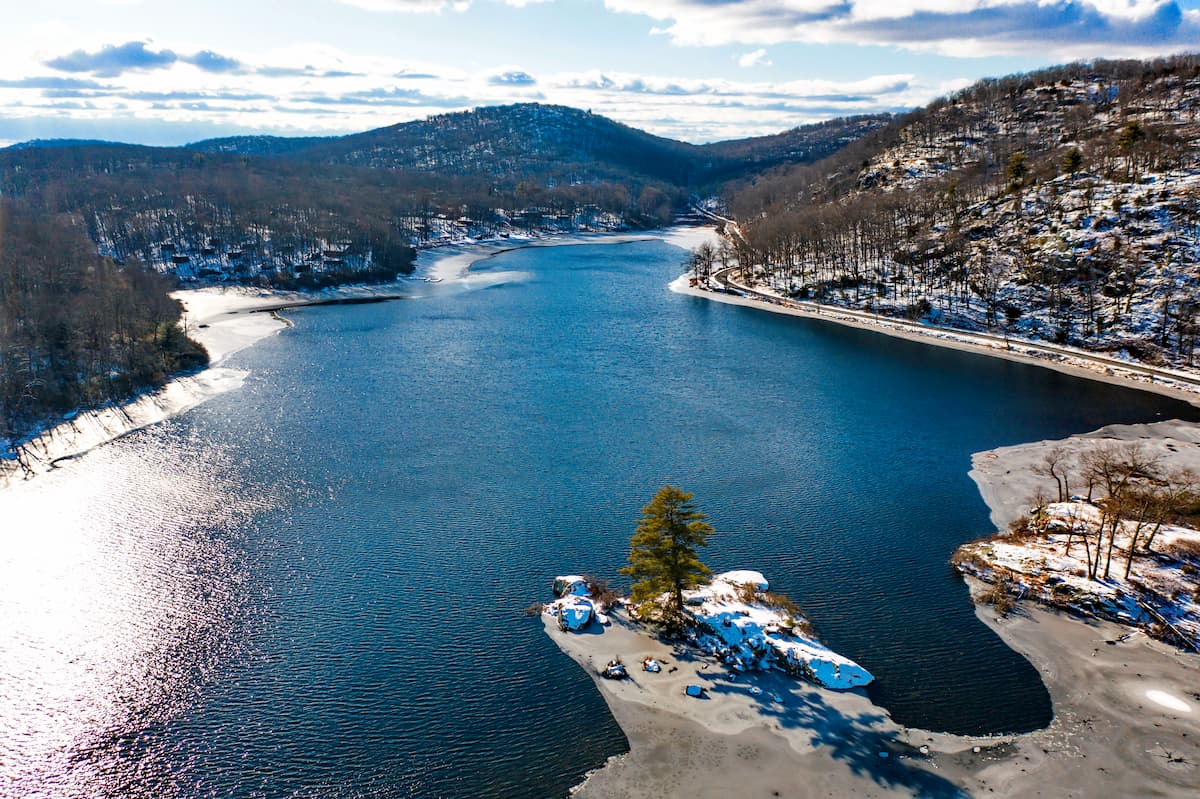 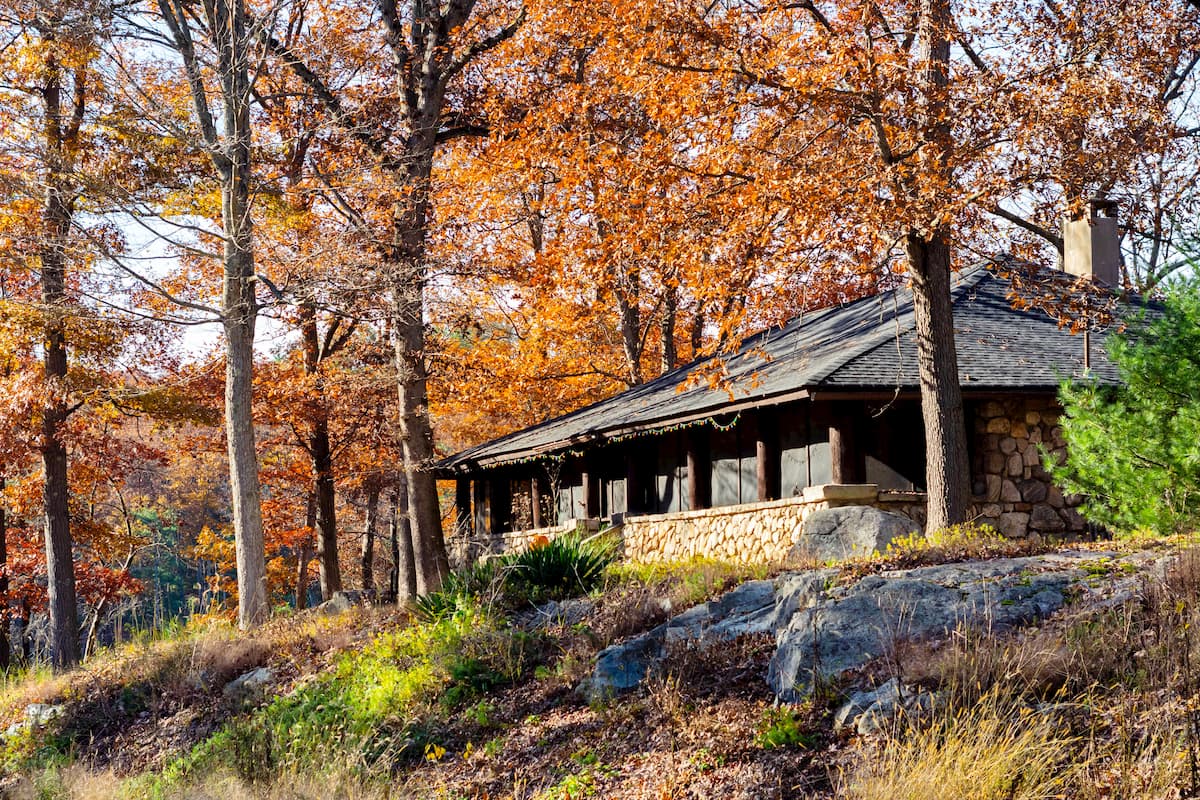 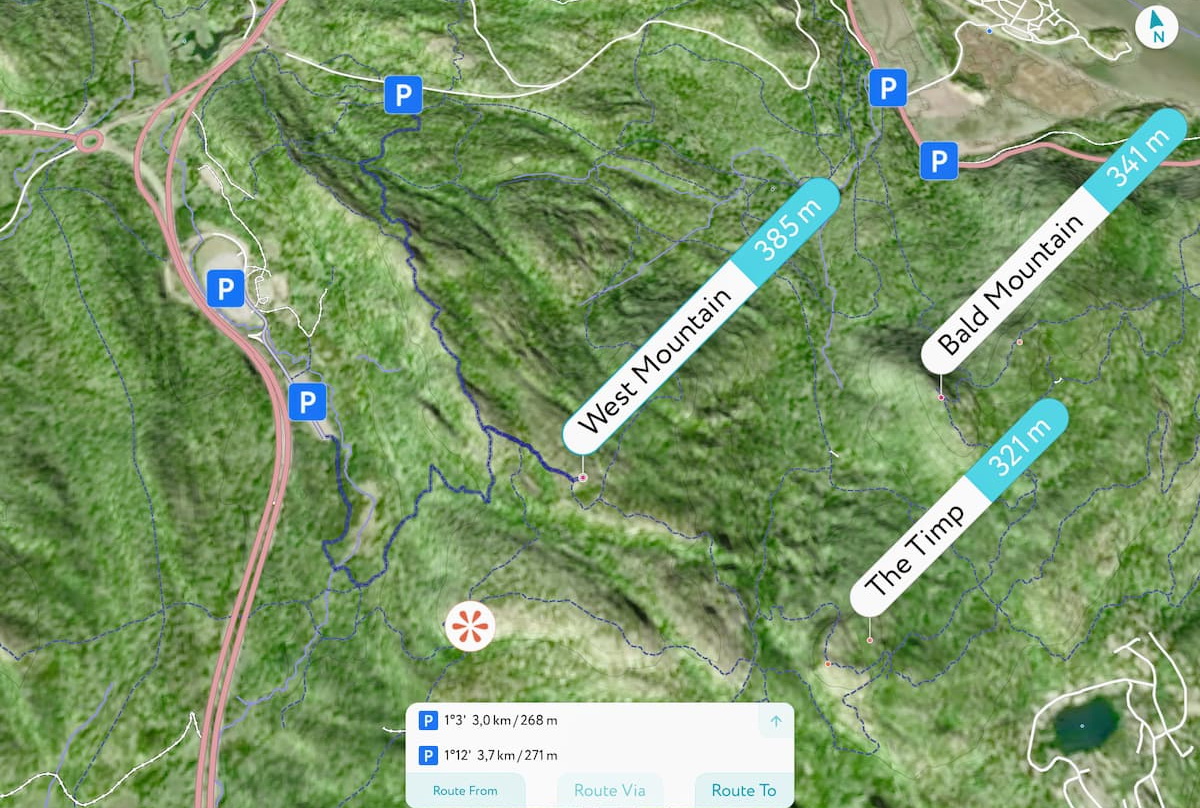 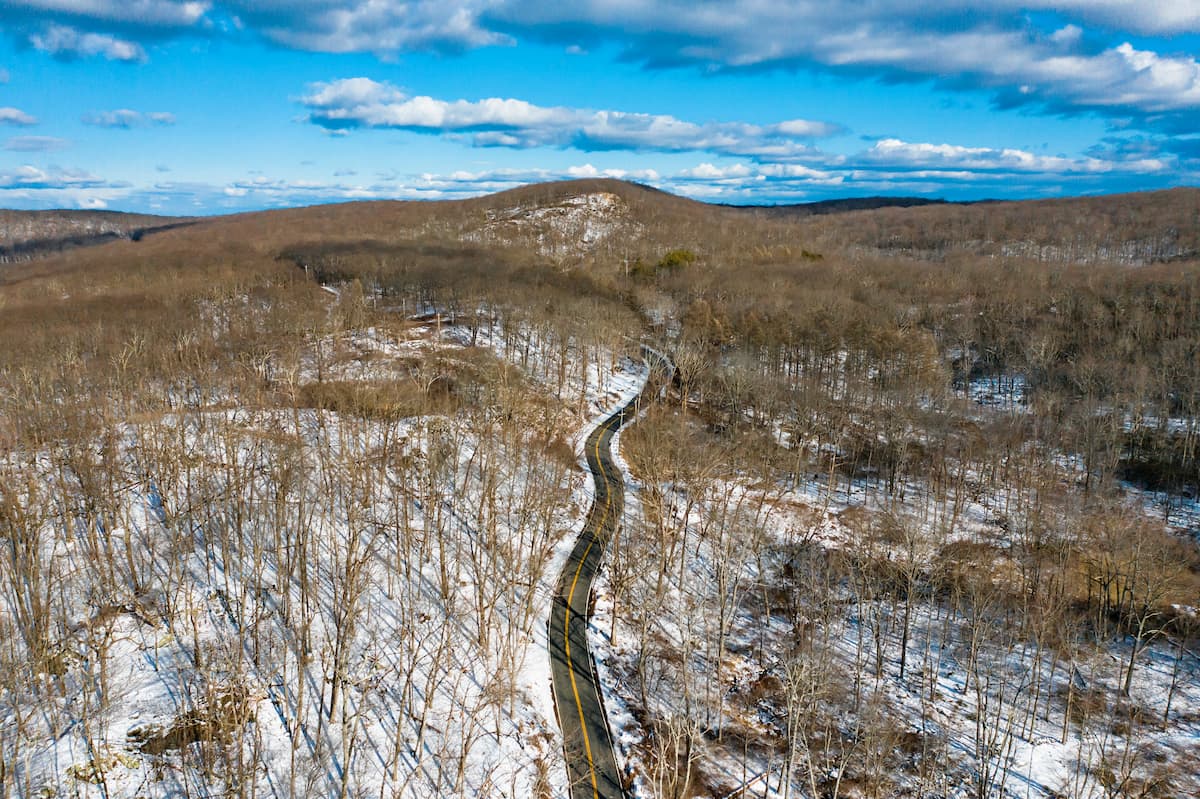 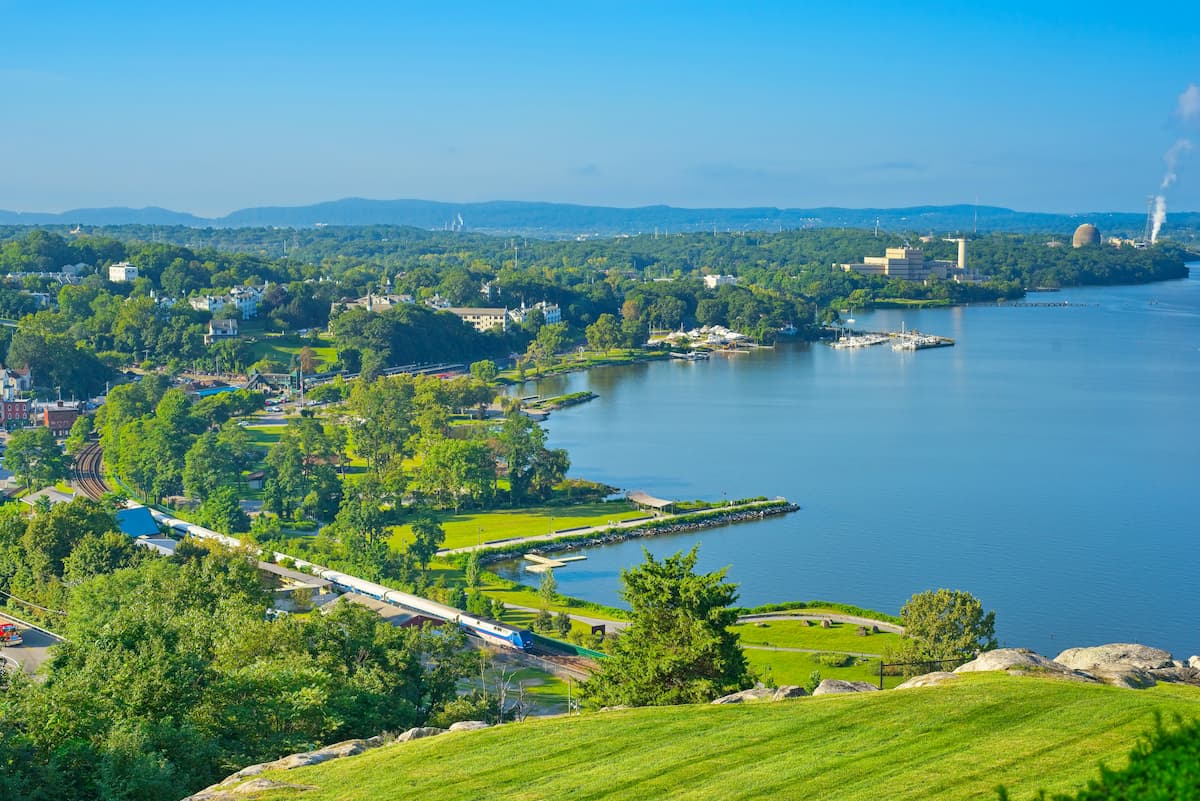