Located in coastal New England, Rhode Island (pronounced /ˌroʊd -/, like “road”) is the smallest state in the United States. Also known as “The Ocean State,” Rhode Island has a long history of fishing and maritime trade, which continues to this day.

Although it’s not an island, Rhode Island is situated in southern New England, which is a cultural, geographical, and historical region within the northeastern United States. It is located just east of the state of Connecticut, and south of the state of Massachusetts, the latter of which surrounds it to the north and east.

Rhode Island is the smallest state in the United States by area, with a total area of just 1,214 sq. miles (3,144 sq. km), 169 sq. miles (438 sq. km) of which is water, mostly Narragansett Bay and its tributaries. For reference, there are 15 national parks in the US that are larger than the state of Rhode Island, including Wrangell-St. Elias, Gates of the Arctic, Denali, Katmai, Death Valley, Everglades, Olympic, Big Bend, and Joshua Tree.

That being said, Rhode Island, while only the 45th most populous state with approximately 1 million residents, is one of the most population dense. With a density of about 1,006 people per square mile (388 people per sq. km), the state is the second most densely populated state after New Jersey, though it is also less dense than the districts and territories of Washington, D.C. and Puerto Rico.

Rhode Island isn’t exactly known for being mountainous. In fact, its high point of Jerimoth Hill (814ft/248m) is one of the lowest in the United States, beating out only Florida’s Britton Hill, Washington D.C.’s, Point Reno, Delaware’s Ebright Azimuth, Louisiana’s Driskill Mountain, and Mississippi’s Woodall Mountain in terms of elevation.

Despite being one of the flattest states in the country, especially when compared to its much more hilly neighbors, Rhode Island does have quite a few high points, all of which are considered part of the New England Uplands.

The state was extensively glaciated during the Pleistocene, a fact that is most obviously evidenced by New York’s Long Island to the south. Interestingly, Long Island is itself a collection of terminal moraines from this ice sheet, which covered much of New England.

Indeed, Narragansett Bay, perhaps the most geographical defining feature of Rhode Island, is the remnants of an ancient proglacial lake named Lake Narragansett, which formed as water dammed up behind one of the Laurentide ice sheet’s many terminal moraines. This lake was short-lived, having overflowed its natural dam relatively soon after its creation, allowing salt water to fill the valley and start to form the bay that we see today.

The rock itself contains very high levels of iron as well as sizable concentrations of titanium. It is slightly magnetic, as a result of its iron content, and was extensively mined in the past.

Like much of southern New England, the ecological landscape of Rhode Island is highly fragmented as a result of human development. That being said, the University of Rhode Island estimates that some 60% of the state is covered by forests.

Most of the remaining forest in New England is not old growth, due to the extensive logging practices employed during the earliest parts of the region’s European settlement and colonization. However, the state is mostly covered by the Northeastern Coastal Forests ecoregion, which stretches from the northern part of Maryland all the way to southern Maine.

This ecoregion contains mostly oak forests, with white oak and northern red oak being the dominant species. While American chestnut was also a dominant tree species throughout the ecoregion, it experienced a rapid decline during the 20th century, partially due to the import of deadly parasites to New England.

Moreover, this ecoregion is considered to be fairly ecologically rich, with hundreds of species of both plants and animals. It is also located along an important migratory corridor for birds and butterflies.

With that in mind, the World Wildlife Fund estimates that 98% of this ecoregion’s natural habitat has been destroyed by suburban and urban sprawl. Although there are quite a few protected natural areas and parks in the state, they are all quite small, which is problematic for the overall rejuvenation of the ecoregion.

One of the main geographical and ecological features of Rhode Island is Narragansett Bay. The bay is actually the largest estuary in New England, with hundreds of miles of coastline.

As an estuary, Narragansett Bay is located in an area where multiple rivers, bringing freshwater, mix with the ocean. Estuaries are some of the most biologically diverse areas on earth as they provide essential feeding, breeding, and spawning grounds for marine life and birds.

Rising sea temperatures, sea levels, and pollution levels in the area over the last century have led to a whole host of problems that threaten the health of Narragansett Bay. In addition to the loss of vital habitat, like salt marshes, these rising temperatures and sea levels also threaten beach erosion and coastal properties.

Moreover, Narragansett Bay plays a vital role in Rhode Island’s economy, as it hosts hundreds of thousands of fishermen each year and tens of thousands of recreational boats, bringing tourism to the region.

Perhaps the first European to visit the region was Giovanni da Verrazzano, an Italian sailor that travelled around the northeastern coast of what would later become the United States in the 16th century. Most historians agree that Verrazzano sailed his ship La Dauphine into Narragansett Bay in 1524 after his visit to New York Bay.

Adriaen Block, a Dutch sailor, was one of the next Europeans to visit the area during his 1614 voyage. He was known for his work in mapping the region and nearby Block Island was given its English language name in his honor.

The first permanent European settlement in the region, however, didn’t come until the 1630s when Roger Williams of the Plymouth Colony decided to set up his own settlement to the west. He first ventured into what would later become Rhode Island in the mid 1630s and was later granted a charter to start his own colony.

Interestingly, the official name of Rhode Island (State of Rhode Island and Providence Plantations) is actually a reference to the original 4 European settlements that were built during the colonial era, including Newport, Portsmouth, Providence, and Warwick.

However, the name “Providence Plantation” has long been a source of controversy due to the association of ‘plantation’ with slavery. As of 2020, there was an official government motion to remove the reference to plantations from the state’s official name.

Despite its small size, Rhode Island played a significant role in the early parts of the American Independence movement and early formal US history. Major milestones include being the first colony to renounce allegiance to England and one of the first to partially emancipate slaves, though it was the last of the original colonies to ratify the US Constitution.

Throughout its colonial history, Rhode Island, by virtue of its coastal location, has had a longstanding fishing-based economy. Moreover, the state is known for its jewelry and silverware industries. These days, the economy continues to be based partly on the maritime industry, though health services, tourism, manufacturing, and agriculture also play very important roles.

Due to its low-lying and coastal geography, Rhode Island isn’t known for its hiking trails, though it is home to some exceptional beaches and coastal areas for visitors to explore. There are some great hiking options to check out, particularly if you like hiking near the ocean.

Located near the city of Newport, the Cliff Walk is about 3.5 miles (5.6km) long and is a casual stroll past some of the city’s most famous mansions. In addition to classy architecture, the Cliff Walk also gives you the chance to see Rhode Island’s rocky coastline.

If you’re looking to tag your 50 state high points, the trail to the top of Jerimoth Hill is a must do. The good news? It should only take about 10-20 minutes, since the 0.3 mile (0.5km) hike from the road to the summit is pretty flat.

The Clay Head Trail on Block Island is 3.5 miles (5.6km) long and gives you a chance to check out the northern part of the island. It is a relatively peaceful trail, which is particularly great if you’re looking to do a bit of birdwatching.

For a more forest-based adventure, the Weetamoo Woods Trail is a 4.7 mile (7.6km) long hike near the town of Tiverton that makes for a fun afternoon jaunt. Plus, once you complete the hike, you can head over to nearby Gray’s Ice Cream for a sweet treat to reward you for your efforts.

Situated just to the east of Newport, Sachuest Point National Wildlife Refuge is a scenic local for a day hike. This 2.4 mile (3.9km) loop trail is often rated as the best in Rhode Island. It offers great opportunities to check out the beach and the local wildlife.

Here are some of the best places to stay during your trip to Rhode Island:

Providence is the capital and largest city in Rhode Island with approximately 180,000 residents. It was originally founded by Roger Williams in 1636 and is located at the head of Narragansett Bay.

Although it originally was a leader in textiles manufacturing, Providence’s economy is now dominated by its dense concentration of colleges and universities. Within the city there are 5 institutions of higher learning, including Brown University, Rhode Island School of Design (RISD), Rhode Island College, Providence College, and Johnson & Wales University.

The city has an international airport, which offers good links to major destinations around the country. Additionally, Providence is well inked by road, train, and bus to the surrounding area.

Newport is a popular seaside city located on Aquidneck Island to the southeast of Providence. It is home to about 25,000 residents and is well known for its historic mansions.

The city has a long history of sailing and maritime exploits, and it is currently home to the US Naval War College and the US Naval Undersea Warfare Center. Salve Regina University is also located in Newport.

Although the city doesn’t have a major airport, it is just 45 minutes by road from Providence and 1.5 hours from Boston, both of which are well connected to the rest of the country by air. 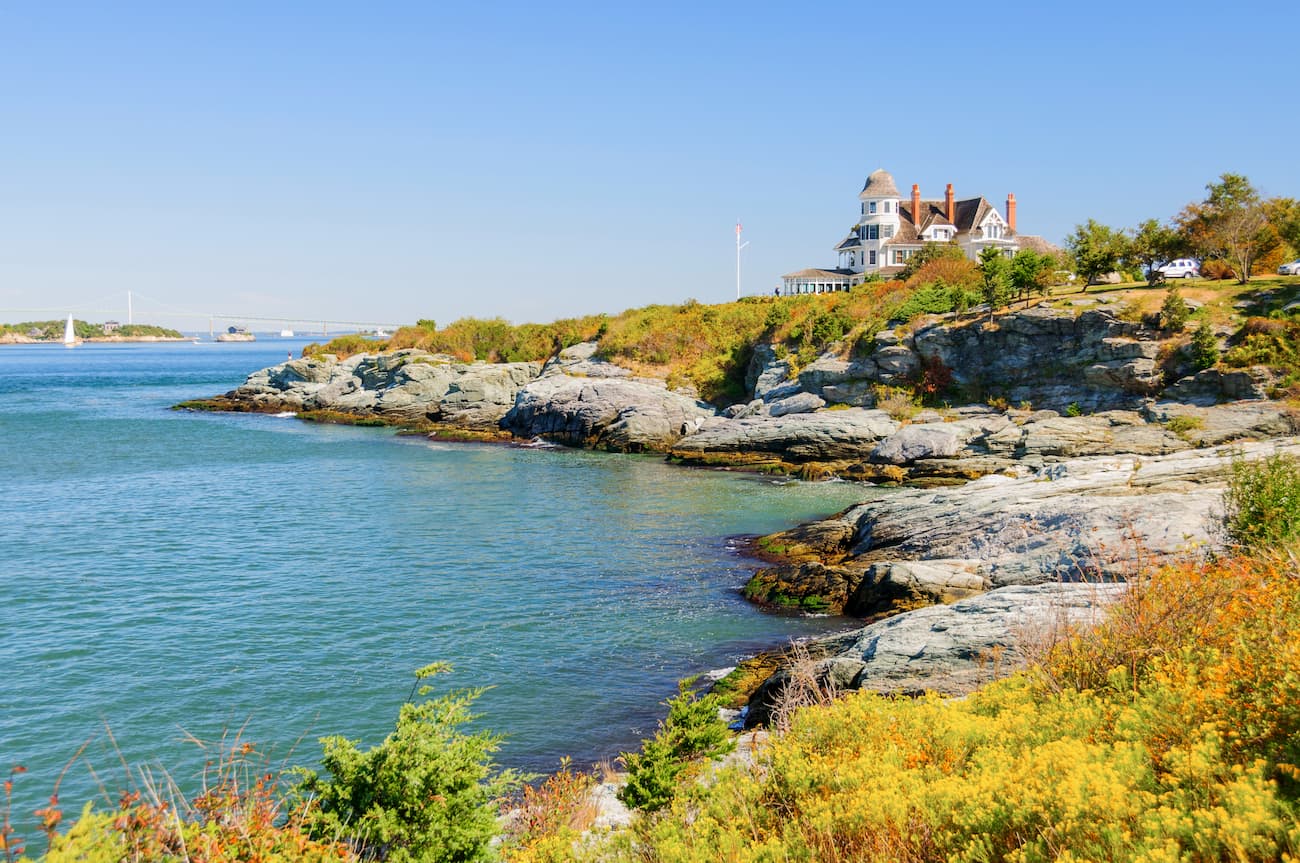 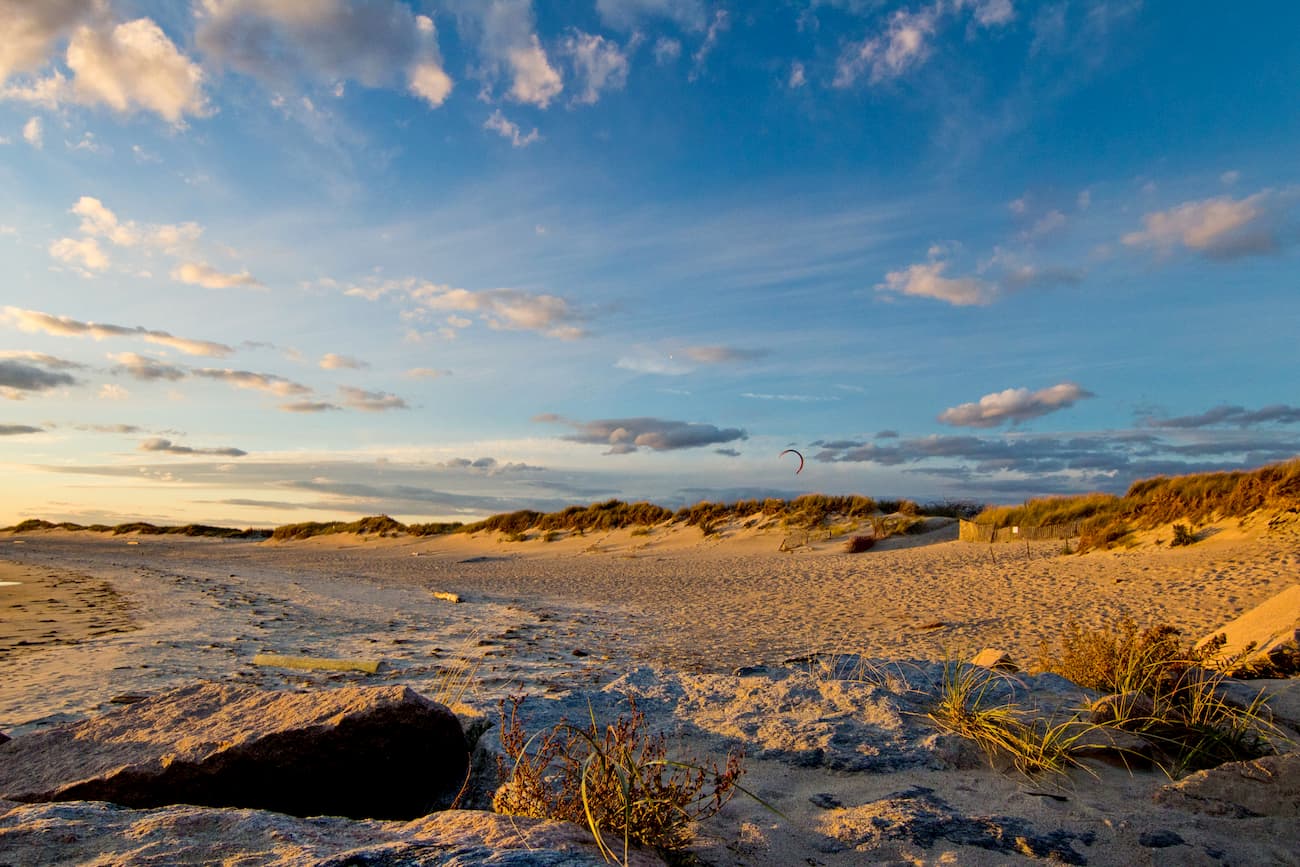 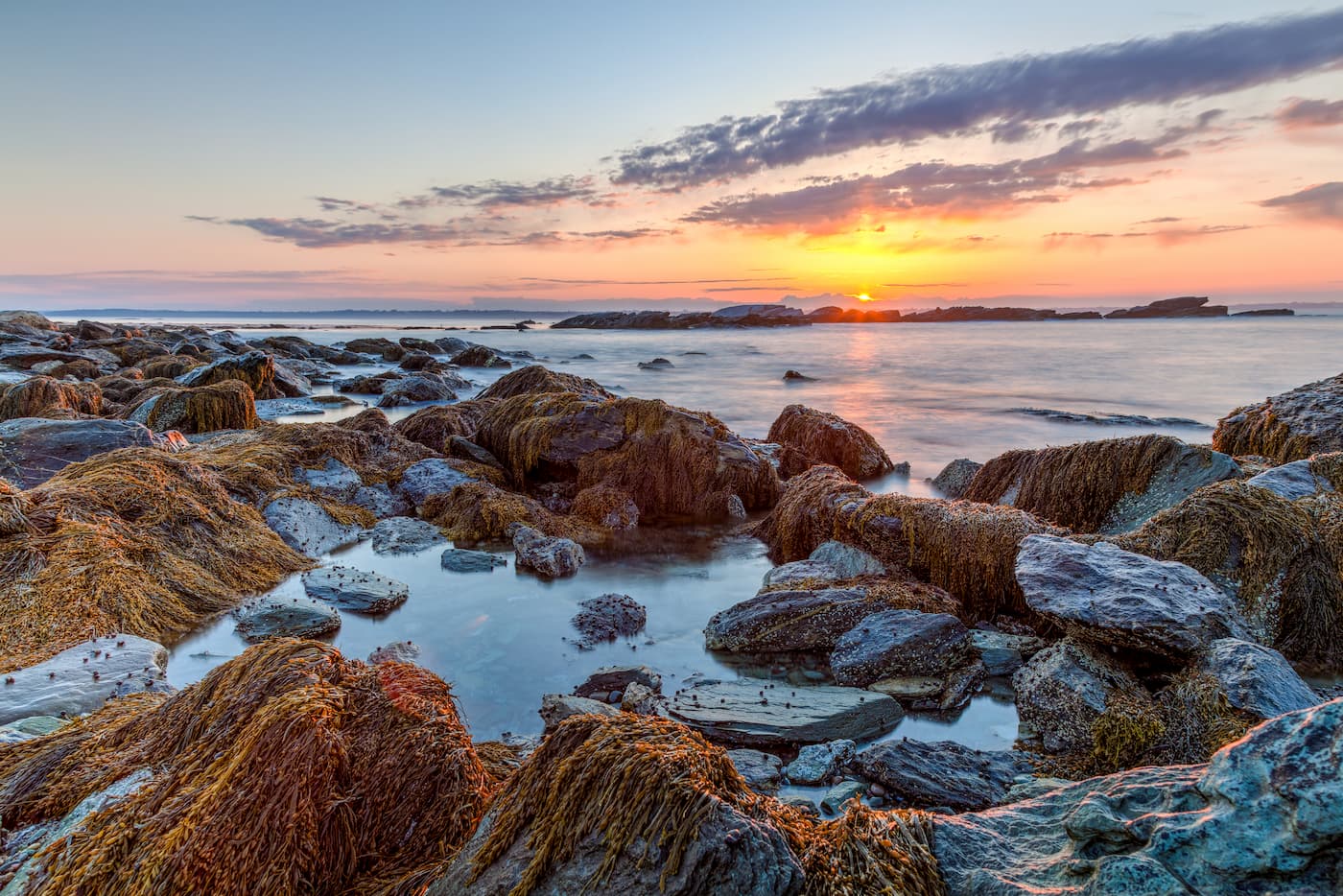