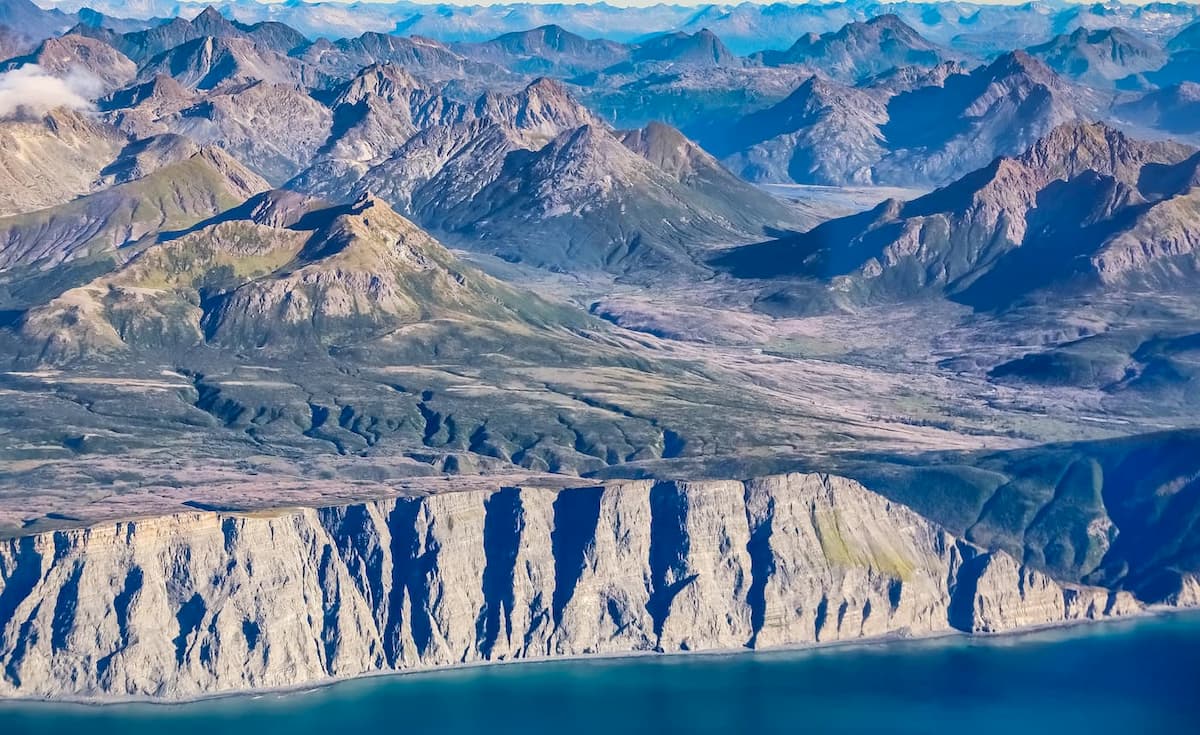 Although the park is currently well known for its charismatic population of brown bears, it originally received recognition for its extensive volcanic activity. Due to the park’s remoteness, it saw little visitation and development until the 1950s, though visitors have come to love the region’s flora and fauna, which include sockeye salmon that jump spectacularly up Brooks Falls as they try to dodge hungry brown bears looking for their next meal.

Archaeologists have found artifacts in the region that is now Katmai National Park and Preserve that date back to at least the last 6000 years. Most of these artefacts are concentrated around the old Katmai village in the southern coast of the region. Other sites in the area, notably those of Kaguyak and Kukak were inhabited until fairly recently, at least until the region’s catastrophic 1912 volcanic eruption.

When the first Europeans arrived in the area - Russian fur traders - they encountered the Agaligmut people on the Bristol Bay side of the Alaska Peninsula and the Konaig people on the Shelikof Strait side. However, Katmai Village was the only place within the park that had a consistent European population from the arrival of the first Russians to the mid 19th century.

Over time, the region became a stopover for prospectors heading to Nome for the town’s very short-lived gold rush period, though these prospectors more or less stopped journeying westward by the early 1910s. In June of 1912, the few local residents of the region evacuated their homes due to increasingly frequent earthquakes and signs of volcanic activity.

A few days later, on June 6, the volcanoes Katmai and Novarupta erupted in catastrophic form, producing a noise that was heard in Fairbanks, some 500 miles (800km) to the north and Juneau, some 750 miles (1210km) to the southeast. Six to twelve inches of ash fell on Kodiak, with ash reaching as far south as the Puget Sound.

A National Geographic Society-funded expedition in 1916 identified Novarupta in the Valley of Ten Thousand Smokes, one of the volcanoes thought to be responsible for the eruption. The expedition leader, Robert Fiske Griggs, soon started advocating for the protection of the region. Since Mount McKinley National Park (now Denali National Park) was also pending establishment at the time, legislators pushed for the designation of “National Monument” for the region around the Valley of Ten Thousand Smokes.

In 1918, 1,080,000 acres (440,000) around the valley, Mount Katmai, and much of Iliuk Arm were designated a National Monument by President Woodrow Wilson on September 24, 1918. However, the new monument really had minimal effect on the region as few visitors visited the area. By 1928, more and more people started arriving, most notably Father Bernard R. Hubbard, who made movies about the Valley of Ten Thousand Smokes and helped establish the monument’s popularity.

Around that time, the National Park Service began to recognize the importance of Katmai as an ideal brown bear habitat, particularly around the region’s prolific salmon spawning areas. As a result, in 1931, President Herbert Hoover used the Antiquities Act to preserve 2,697,590 acres (1,091,680 ha) of land, more than doubling the size of the monument and making it the largest Park Service unit.

This new monument included the Brooks Falls but avoided annexing the coastal areas that many thought had potential oil reserves. After the Park Service became concerned that people were illegally trapping in the monument, wardens were sent to patrol the area and, eventually, President Franklin D. Roosevelt signed another proclamation increasing the monument’s area by a few thousand acres to include the islands of the Shelikof Strait and Cook Inlet.

In the years after World War II, poaching in the monument increased and, because the Park Service had yet to actually develop the area to attract visitors, there was a movement to disestablish or reduce the size of the monument. After the passing of the Alaska Native Claims Settlement Act (ANSCA) in 1971 and the proposal of the Alaska National Interest Lands Conservation Act (ANILCA) in 1978, President Jimmy Carter decided to use his Antiquities Act authority to expand Katmai National Monument by 1,370,000 acres (550,000 ha) in 1978.

The park and preserve currently house over 4 million acres (16,500km2) of area that’s as diverse as it is large. From glaciated summits and high alpine lakes to pyroclastic lava flows, intertidal zones, and temperate rainforests, there’s something for everyone at Katmai National Park and Preserve.

These days, the vast majority of visitors to the park venture to Katmai for a chance to see brown bears feeding on wild salmon in their natural habitat at Brooks Falls. Whatever your reasons for heading to Katmai, however, it’s sure to be an experience like no other.

In a park as large as Katmai, you can expect nearly unlimited hiking and backpacking opportunities – just don’t expect there to be any trails! While visitors are more than welcome to adventure in the park’s backcountry, they must be prepared to travel over landscapes that are wholly unmaintained and trail-less. If you do want to venture into Katmai’s backcountry, here are some places to check out:

You won’t find any major cities around Katmai National Park. Nearly all of the park’s visitors get to Katmai by plane or boat so you won’t be able to drive your car or RV here. While the park’s headquarters are in King Salmon, you can access parts of the park by air taxi from Anchorage, Dillingham, Homer, King Salmon, Kodiak, and some other smaller towns in the region.

The most popular part of Katmai National Park is Brooks Camp, the campground right next to Brooks Falls, a very popular salmon spawning ground and brown bear feeding location. Brooks Camp is the place to go if you want to see bears up close and personal (from the safety of the viewing platform) as they gorge themselves on a fishy feast.

The campground has a maximum capacity of 60 people and is only reachable via small float plane from a nearby town or village. Since the campground is so popular, you’ll need to make advanced reservations, especially during peak bear viewing times – late June through July and early to mid-September.

Alternatively, you can stay at the popular Brooks Lodge from June 1 to September 17. From Brooks Camp and Brooks Lodge, you can even get a bus tour to the Valley of Ten Thousand Smokes, making the campground the go-to place for visitors to the park. 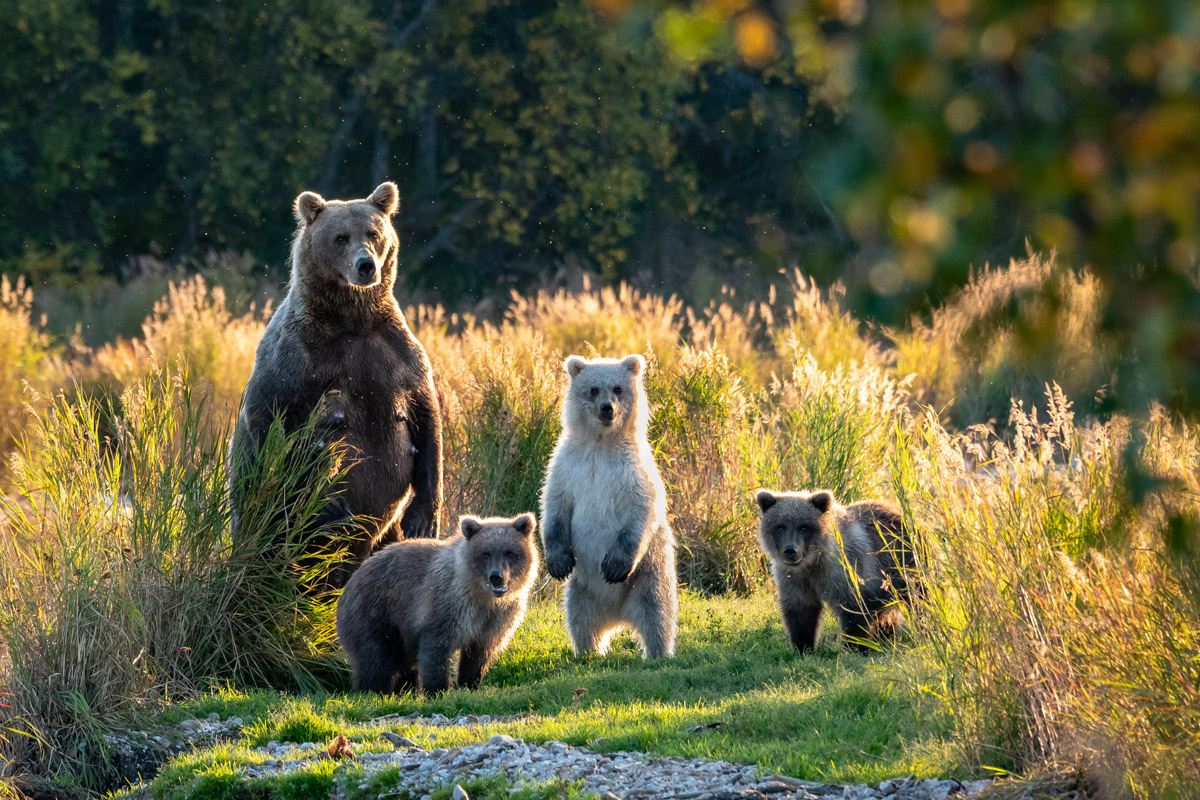 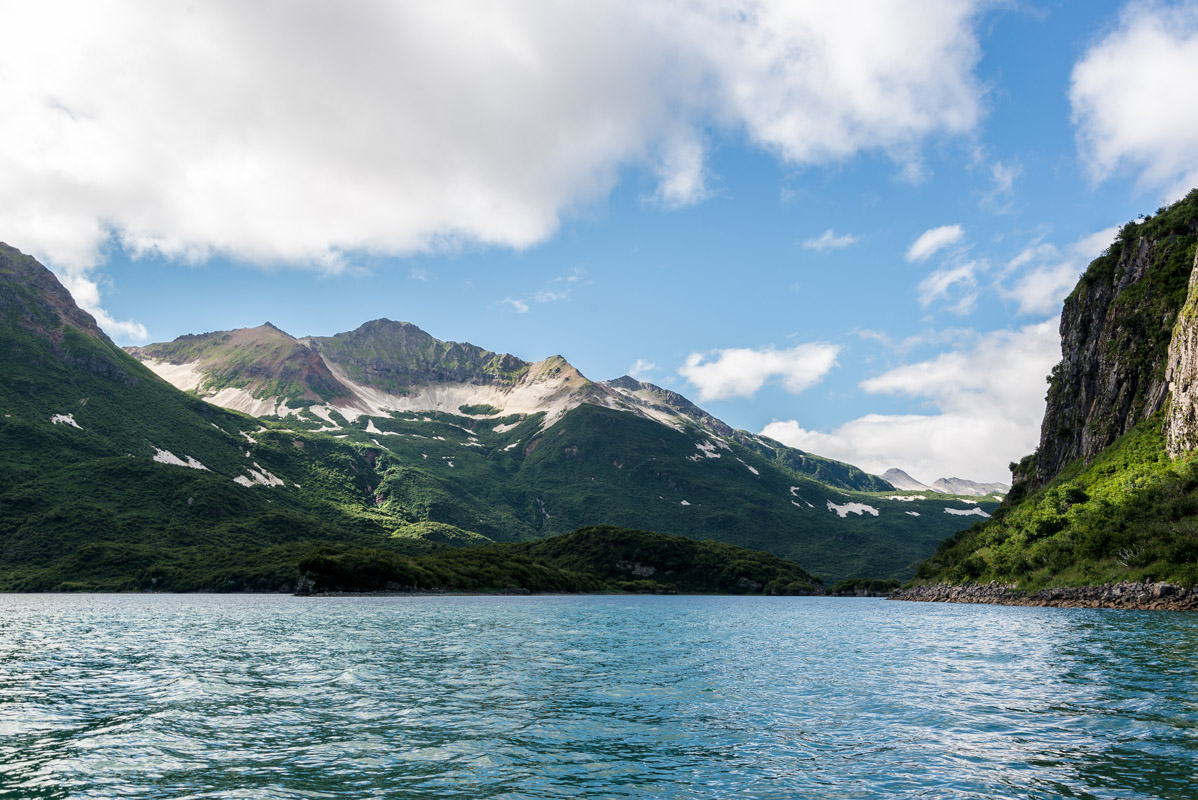 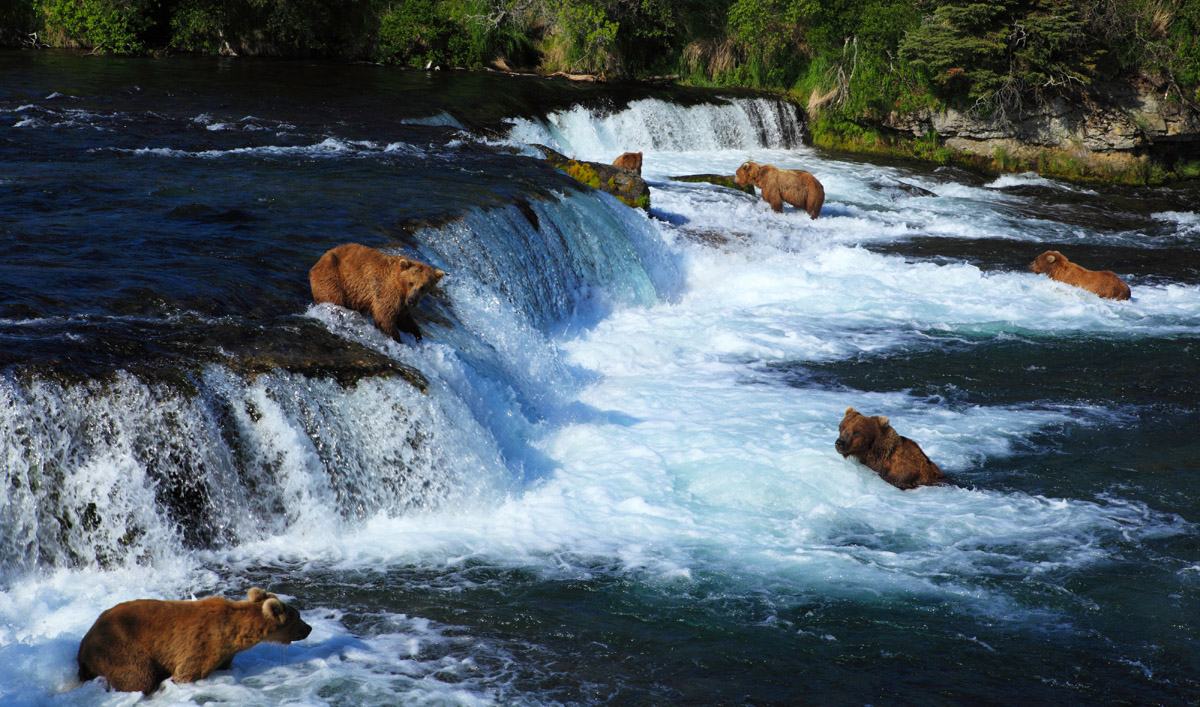 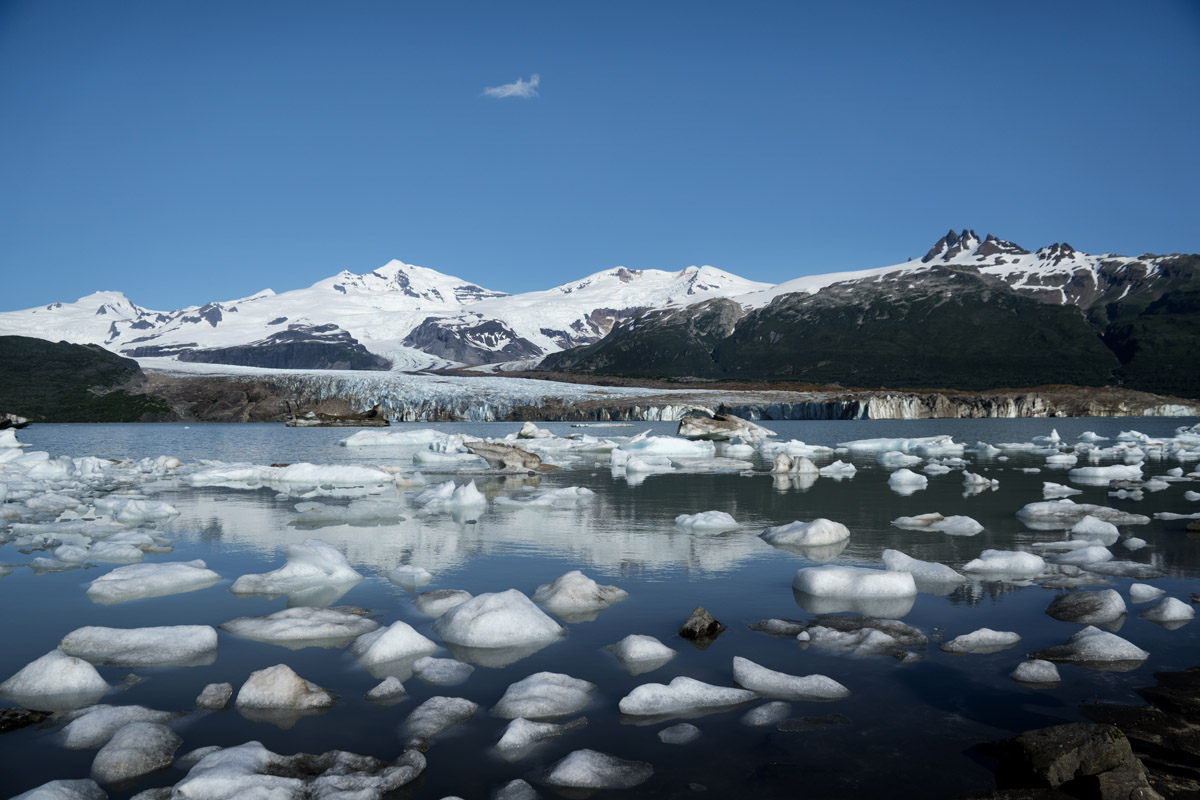 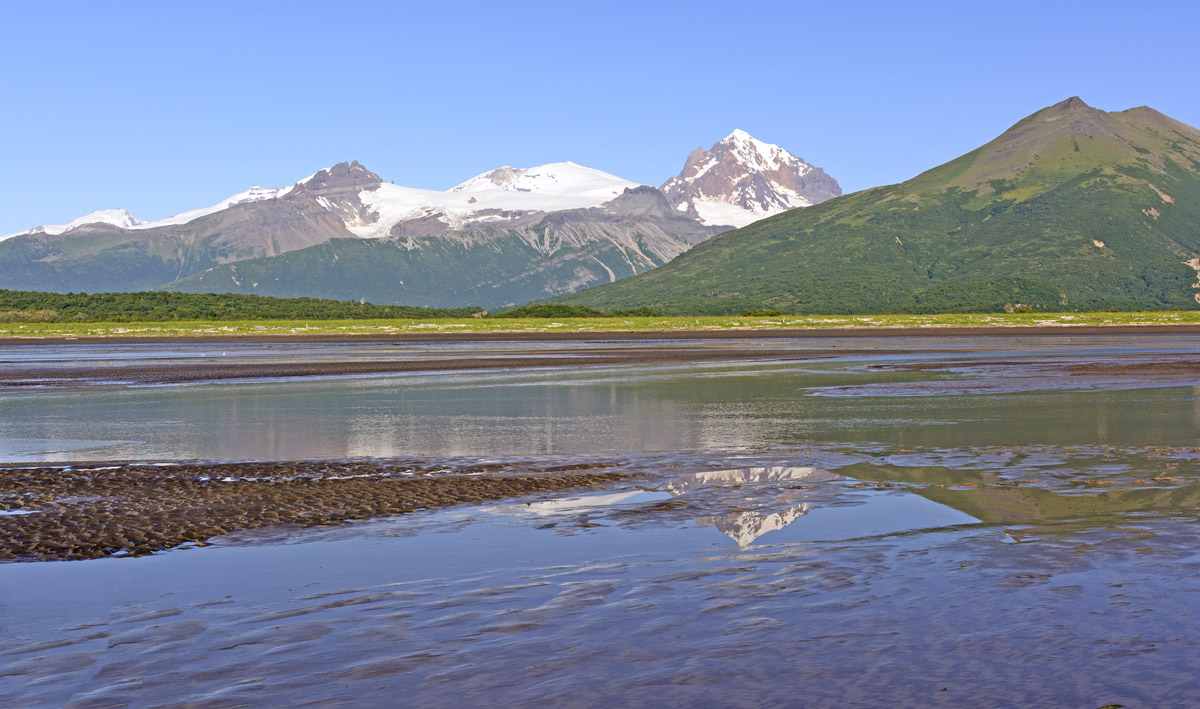 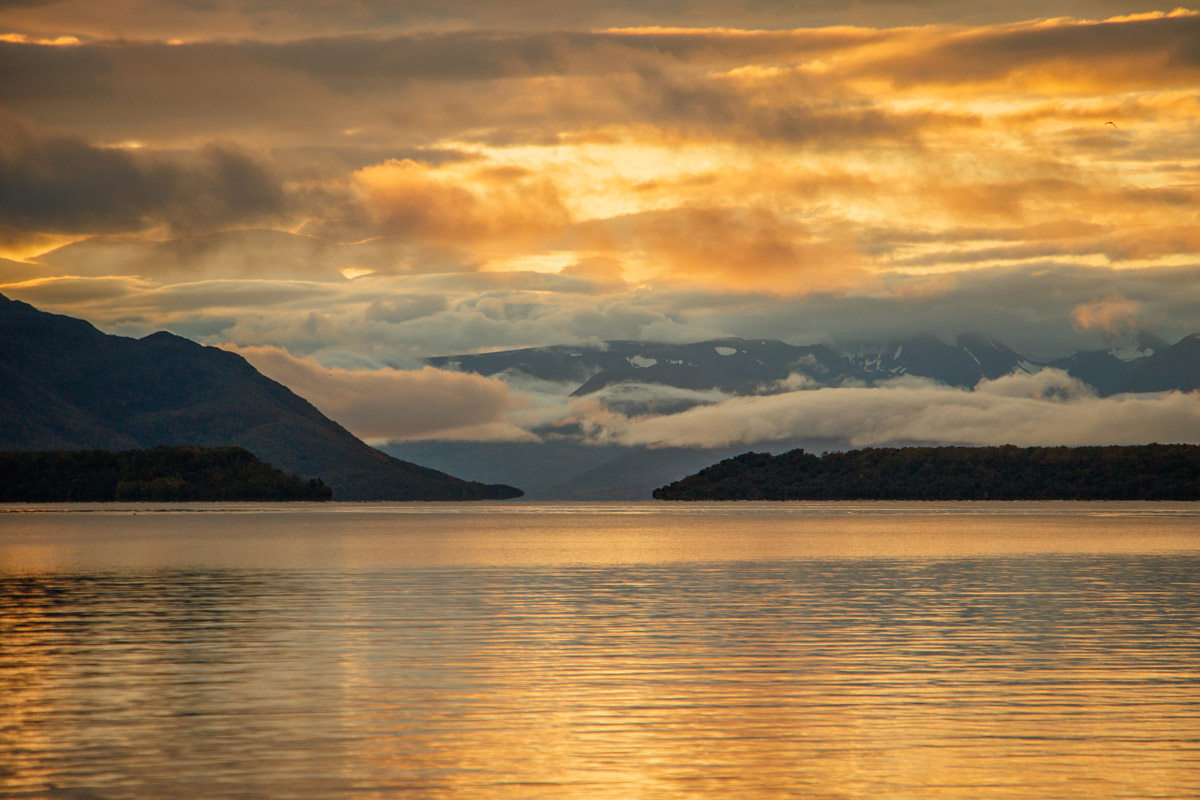 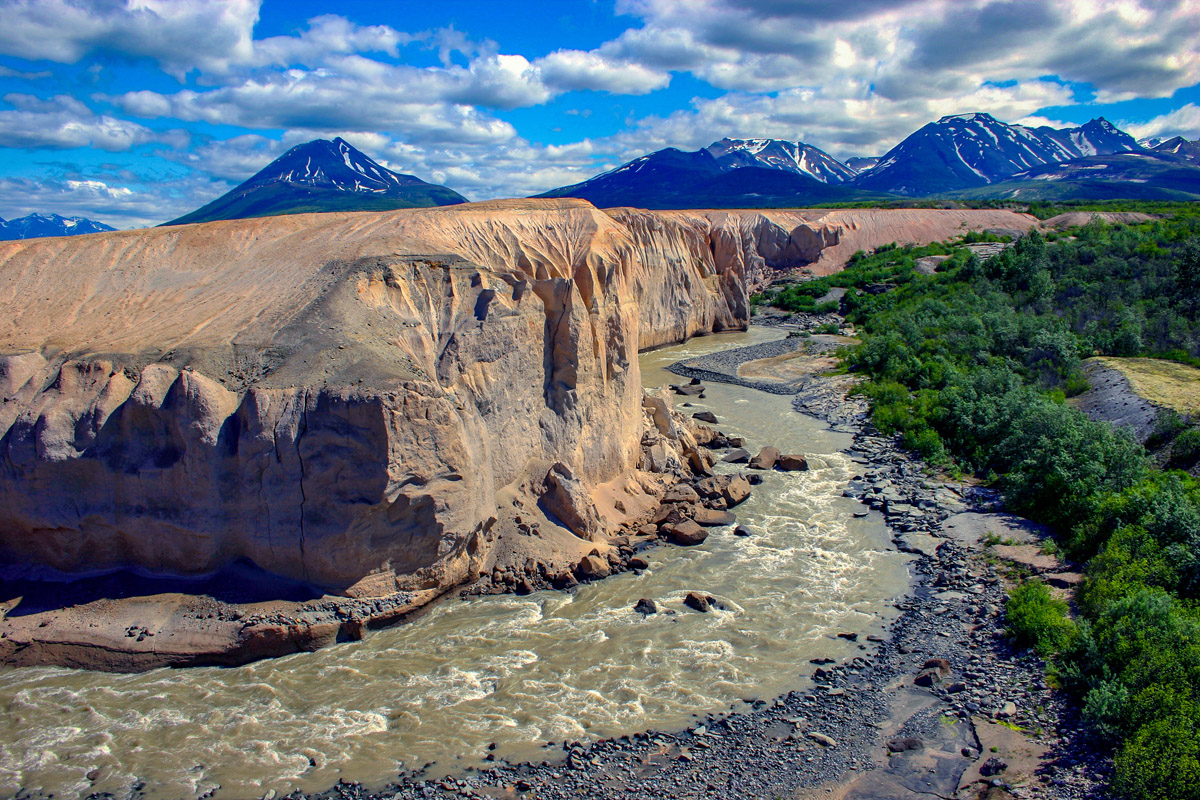 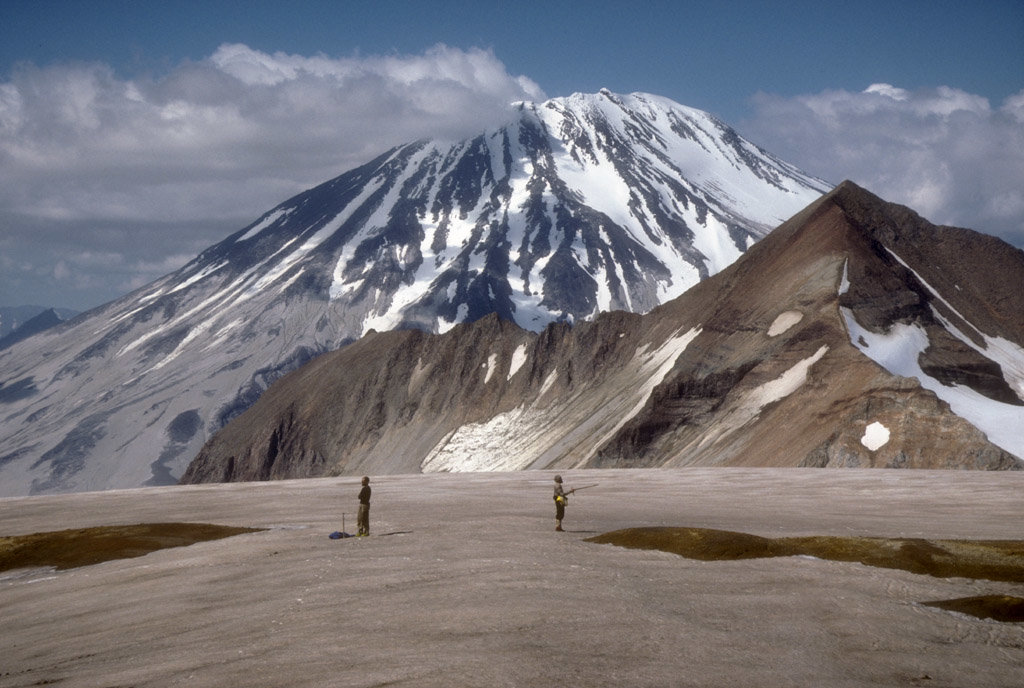