Located on the Olympic Peninsula in Washington state, Olympic National Park encompasses nearly a million acres of vast wilderness. The park is unique in that it has several distinct and varying ecosystems that include glaciated peaks, temperate rainforests, and over 70 miles of rugged coastline. In fact, it’s not uncommon for visitors to explore snow-capped summits, sandy beaches, and stroll through a lush rainforests all in the same visit.

Established in 1938, Olympic National Park was named after the illustrious Olympic Mountains, a subrange of the Pacific Coast Ranges that sits mostly within the park boundaries. Rugged summits like Mount Olympus, Mount Constance, Mount Anderson, Mount Deception, and Mount Washington dominate the skyline and form some of the most iconic backdrops and vistas in the park. Olympic National Forest, which contains five additional wilderness areas, also surrounds the park to the south, east, and northeast. 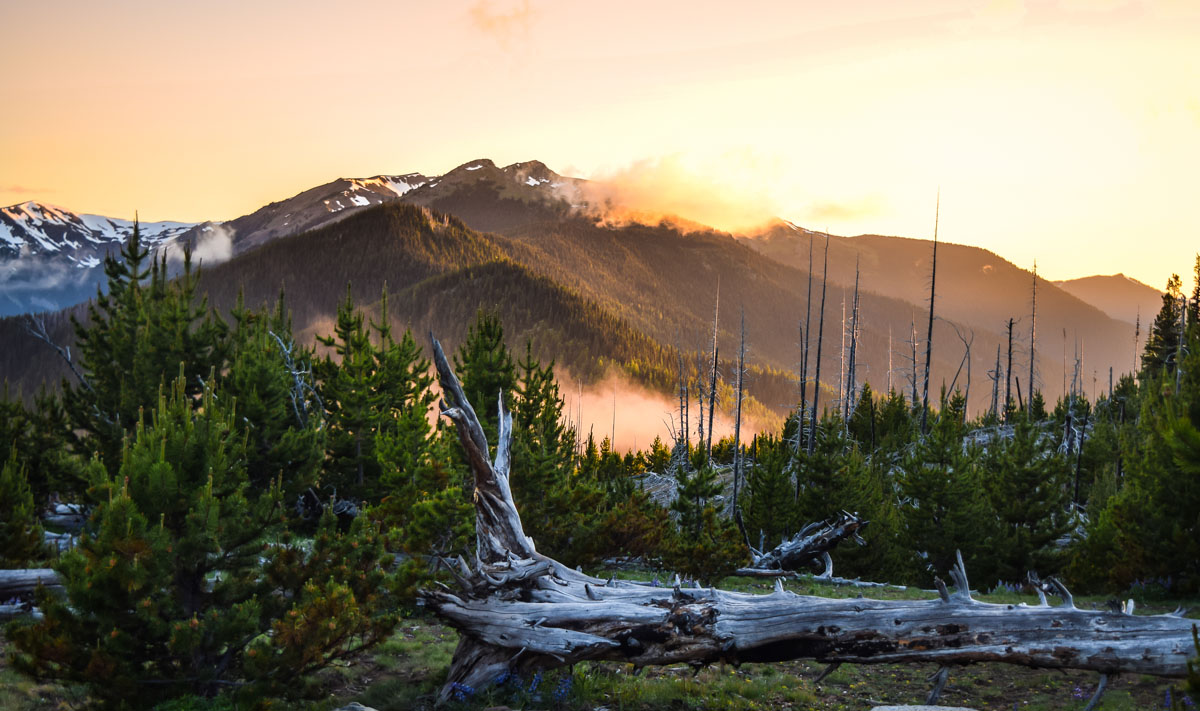 Both the western portion of the park and its accompanying peaks are most famous for their significant rainfall. Hoh Rain Forest, one of the few remaining temperate rain forests in the states, receives over 12 feet of rain each year - the most rain of anywhere in the continental United States. Mount Olympus, the tallest peak in the park, sits just 35 miles from the Pacific Ocean and also receives an astonishing 240 inches of snow and rain every year.

Aside from being a place of incredible natural diversity and awe-inspiring beauty, the park offers an idyllic setting for hiking, boating, fishing, backpacking, beachcombing, and camping. There are over 600 miles of trail, 16 developed campgrounds, 130 historical structures, 60 named glaciers, and 168 miles of road to explore. The opportunities for outdoor exploration are nearly infinite.

Known as one of the most impressive scenic drives in America, the 380-mile Pacific Coast Scenic Byway offers visitors the opportunity to enjoy sweeping views of the Olympic Mountains, the Pacific Ocean, rugged sea-stacks, mossy rainforests, and dense Evergreen woods. The highway loops around Olympic National Park, periodically passing through quaint towns and historic cities, making it the perfect way to experience the entire park.

Hurricane Ridge is the most accessible mountain area in Olympic National Park, making it a very popular destination for outdoor recreation. There are a variety of hiking trails, ridgetop traverses, alpine lakes, and incredible valleys to explore. In the winter, visitors can strap on their snowshoes or cross-country skis or hang out at the Hurricane Ridge Winter Sports Club, which operates two rope tows and a lift.

For those interested in strapping on their hiking boots, Hurricane Hill is arguably the most popular footpath in the Hurricane Ridge region of the park. The trail takes hikers to an incredible, panoramic view of surrounding Olympic peaks like Mount Walkinshaw, Mount Clark, Crystal Peak, Chimney Peak, and, of course, the infamous Mount Olympus. The trail is just 1.5-miles and is rated as moderate, so the reward certainly outweighs the effort.

Immerse yourself in a section of rainforest that once spanned the Pacific coast from southeastern Alaska to central California. Hoh is known as one of the finest remaining temperate rainforests in the states. The Hoh Rain Forest Visitor Center, which is located at the end of Upper Hoh Road, is a great place to start to get information on what to see and do. There are also a few short nature trails that leave from the Visitor’s Center, like the Hall of Mosses Trail and the Spruce Nature Trail, that weave through moss-draped maples and red alder or cottonwood.

Sol Duc Valley, which sits in the northwest region of the park, is an area known for its old-growth forests, pristine subalpine lakes, and snow-capped summits. There are several short hikes, like the Sol Duc Falls,Lover’s Lane, and Mink Lake trail, that travel through the dense forest to cascading waterfalls or alpine lakes. However, there are also several long-distance trails, like the High Divide Loop that traverse through the various valleys and peaks of the Olympic Mountains.

Sitting in the northern foothills of the Olympic Mountains, are the dazzling waters of the glacially-carved Crescent Lake. Aside from its natural beauty, Crescent Lake is a popular destination for kayaking, sailing, or kicking back at the beach. There are also several scenic hiking trails in the region, including Marymere Falls, Mount Storm King, and Pyramid Mountain.

Mount Storm King, in particular, is a popular and challenging, 2.2-mile trail that steadily climbs above the Barnes Creek Valley and offers stunning views of Crescent Lake and the Strait of Juan de Fuca. It’s worth mentioning, however, that this trek isn’t for the faint of heart. In just a short distance, you’ll need to cross over a ridge and use a series of ropes to climb to the top.

The Staircase Region is tucked in the southeastern corner of Olympic National Park and receives less than 1% of the park’s visitors. However, the Staircase Region is the ideal place to for backcountry travel and climbing. This region is far more remote than others listed here, so you’ll need to make sure you bring along the proper equipment and have plenty of experience hiking in alpine terrain. Popular hikes in this region include:

Mount Ellinor – One of the most popular mountain climbs on the Olympic Peninsula, the trek to Mount Ellinor offers a steep 4-mile (RT) ascent to panoramic views of the Pacific Northwest. On a clear day, it’s possible for hikers to catch a glimpse of Washington icons like Mount Rainier, Mount Baker, Mount Saint Helens, Mount Adams, and Mount Olympus.

Mount Washington and Mount Ellinor as viewed from Dow Mountain

Mount Washington - Mount Washington is a 4-mile (RT) scramble in the Olympic Range that navigates exposed ledges and climbs 3,000-feet in elevation. Some route-finding skills are required, but for those willing to put in the effort, Mount Washington guarantees stunning views of Puget Sound and just about every major mountain in Washington State. There are several trails to the summit, but this peak isn’t recommended for beginners.

Where you decide to stay will largely depend on what you’re looking to do while in the park. There are plenty of hotels, amenities, facilities, and charming towns in each section of Olympic, so it won’t be hard to grab a bite to eat, restock supplies, or grab a room for the night. These are a few of the small getaway towns within each region of Olympic National Park. 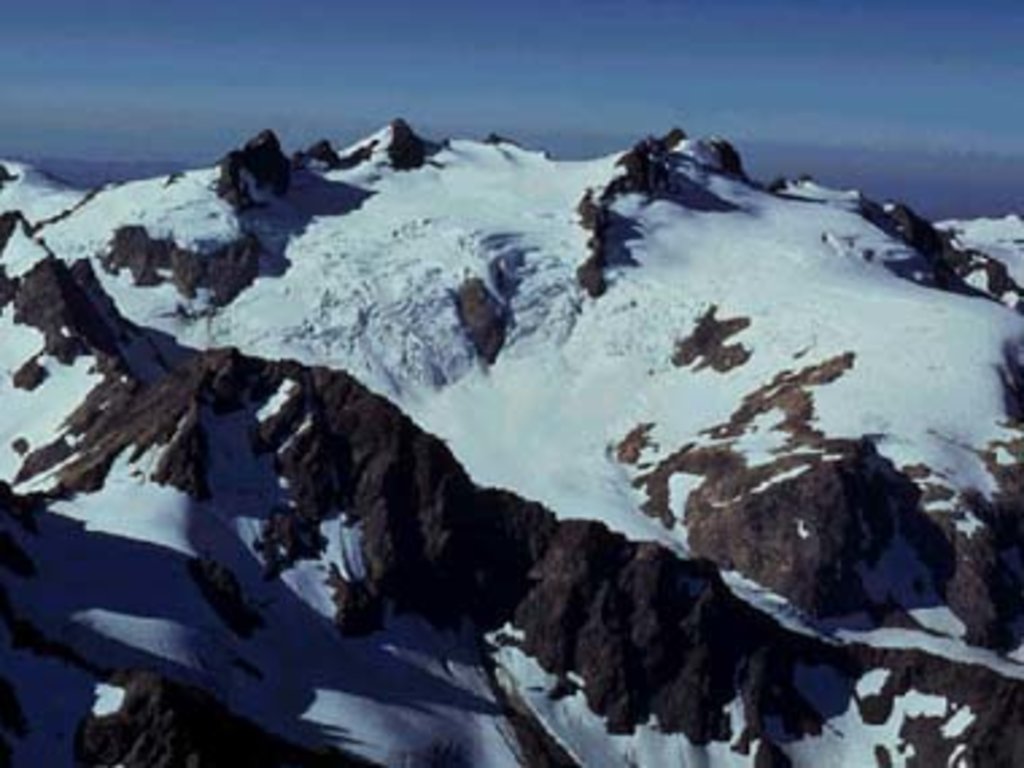 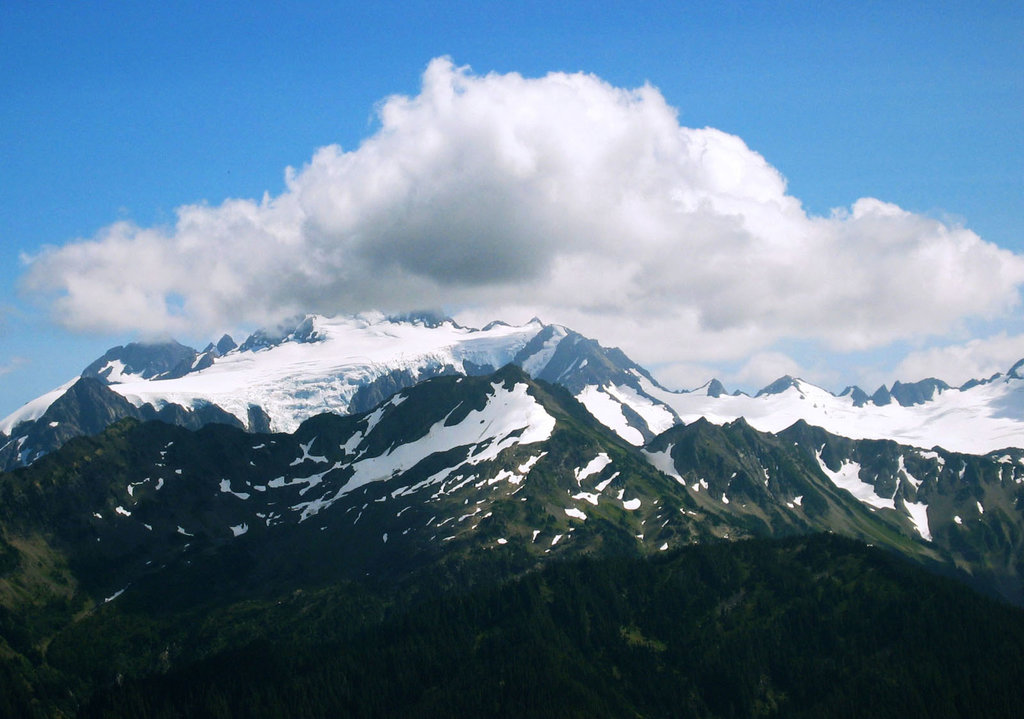 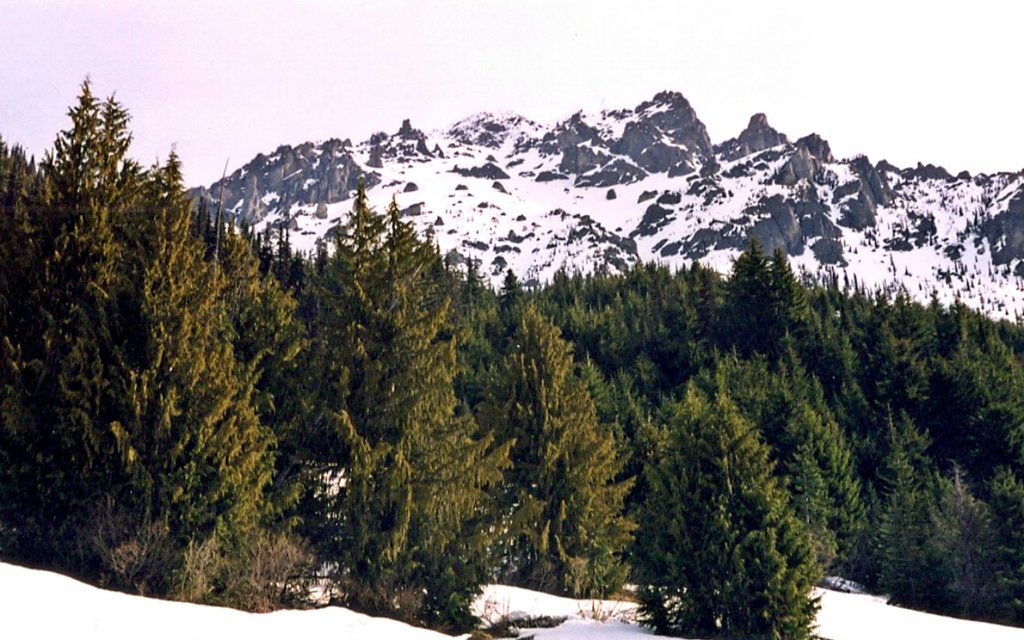 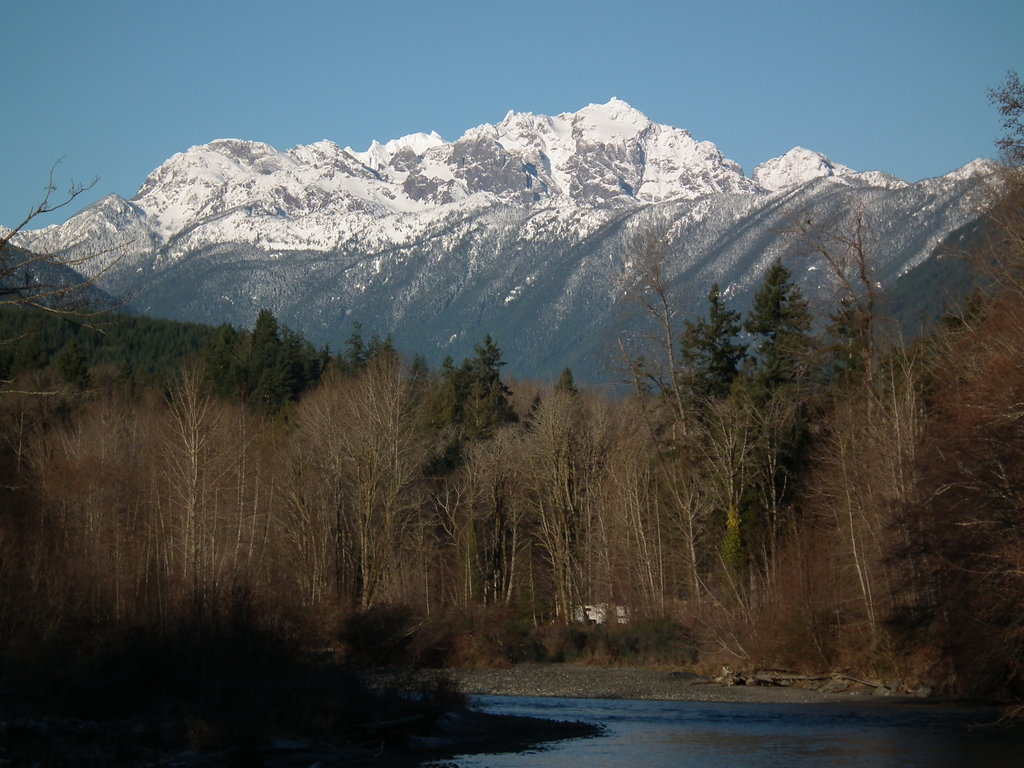 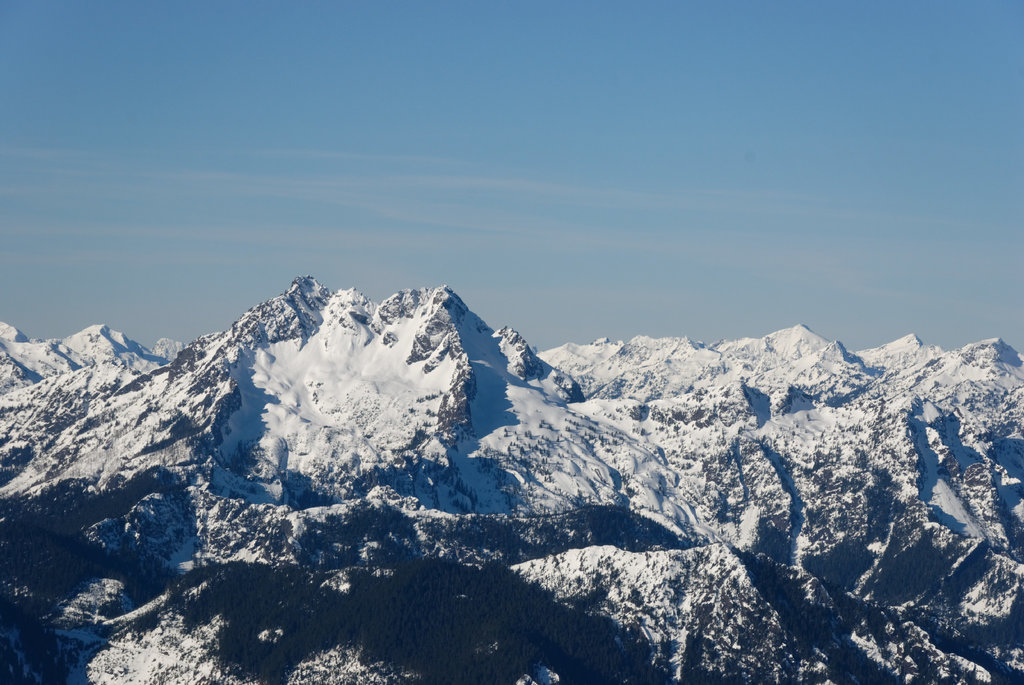 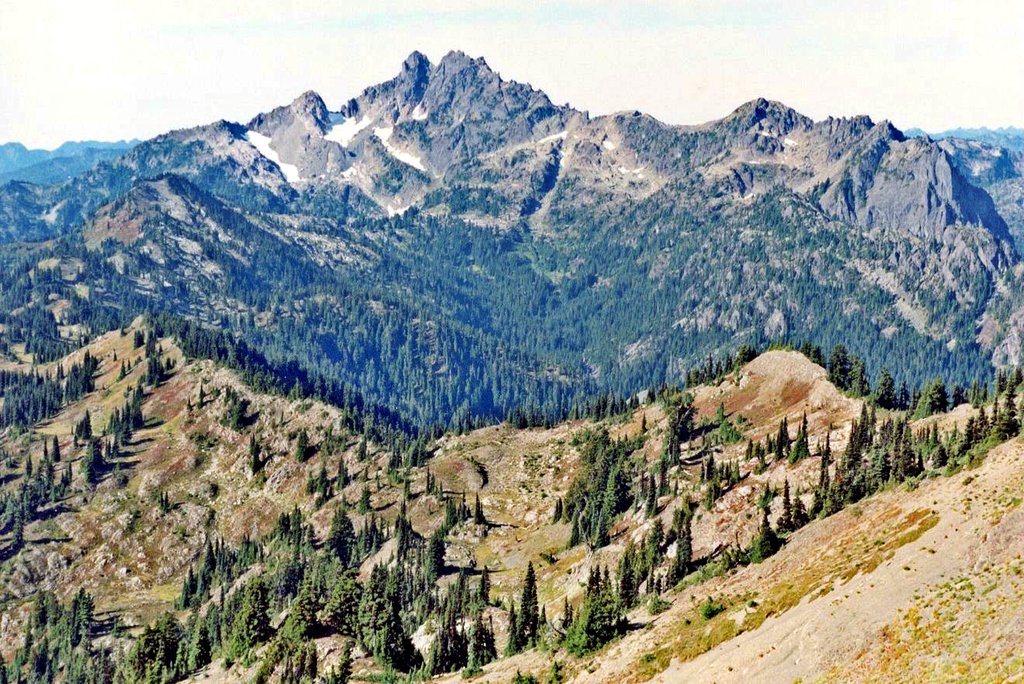 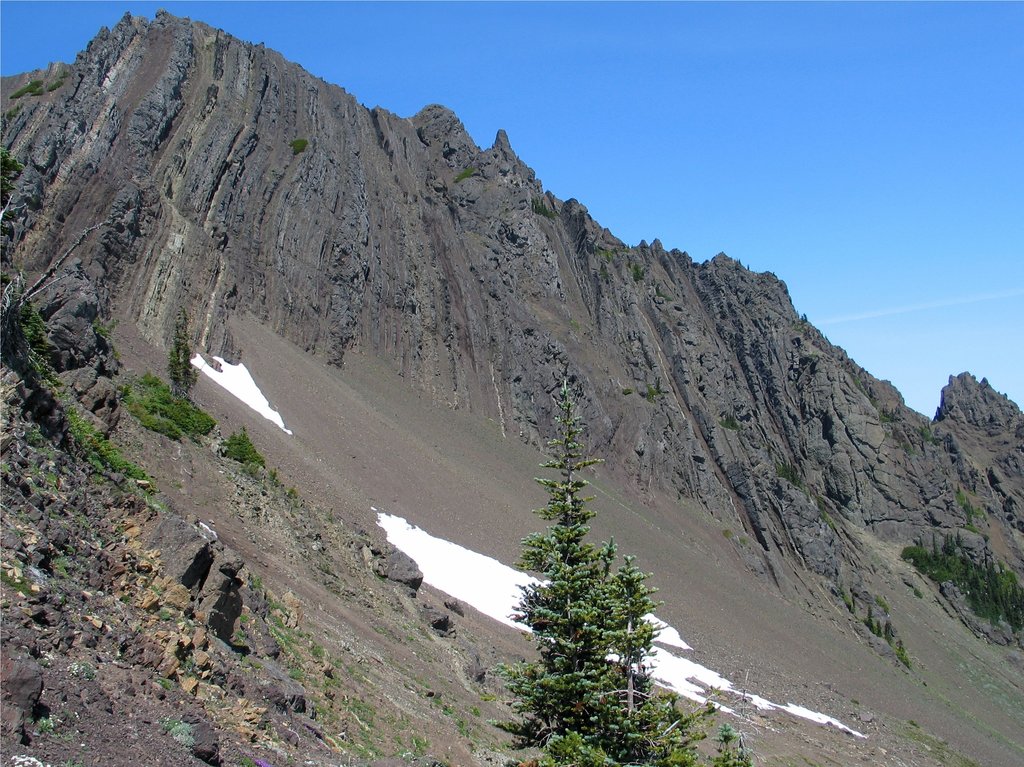