Ultra
Mountains with prominence of 1 ⁠500 ⁠m / 4 ⁠921 ⁠ft or more.
Glacier
A mountain with a glacier on the crests and / or slopes.
Volcano
Most commonly a conical hill or mountain built around a vent that connects with reservoirs of molten rock below the surface of the Earth.
Location
48.776633 N  -121.814711 W
Mount Baker (Lummi: Qwú’mə Kwəlshéːn; Nooksack: Kw’eq Smaenit or Kwelshán), also known as Koma Kulshan or simply Kulshan, is an active glaciated andesitic stratovolcano in the Cascade Volcanic Arc and the North Cascades of Washington in the United States. Mount Baker has the second-most thermally active crater in the Cascade Range after Mount Saint Helens. About 31 miles (50 km) due east of the city of Bellingham, Whatcom County, Mount Baker is the youngest volcano in the Mount Baker volcanic field. While volcanism has persisted here for some 1.5 million years, the current glaciated cone is likely no more than 140,000 years old, and possibly no older than 80–90,000 years. Older volcanic edifices have mostly eroded away due to glaciation.

After Mount Rainier, Mount Baker is the most heavily glaciated of the Cascade Range volcanoes; the volume of snow and ice on Mount Baker, 0.43 cu mi (1.79 km3) is greater than that of all the other Cascades volcanoes (except Rainier) combined. It is also one of the snowiest places in the world; in 1999, Mount Baker Ski Area, located 14 km (8.7 mi) to the northeast, set the world record for recorded snowfall in a single season—1,140 in (2,900 cm).

At 10,781 ft (3,286 m), it is the third-highest mountain in Washington State and the fifth-highest in the Cascade Range, if Little Tahoma Peak, a subpeak of Mount Rainier, and Shastina, a subpeak of Mount Shasta, are not counted. Located in the Mount Baker Wilderness, it is visible from much of Greater Victoria, Nanaimo, and Greater Vancouver in British Columbia and, to the south, from Seattle (and on clear days Tacoma) in Washington.

Indigenous Peoples have known the mountain for thousands of years, but the first written record of the mountain is from Spanish explorer Gonzalo Lopez de Haro, who mapped it in 1790 as Gran Montaña del Carmelo, "Great Mount Carmel". The explorer George Vancouver renamed the mountain for 3rd Lieutenant Joseph Baker of HMS Discovery, who saw it on April 30, 1792.
There's an alpine trail (T4) leading to the summit.

2 692 m
Prominence
Peak’s prominence is the least
vertical to be covered to get from the
summit to any other higher terrain. 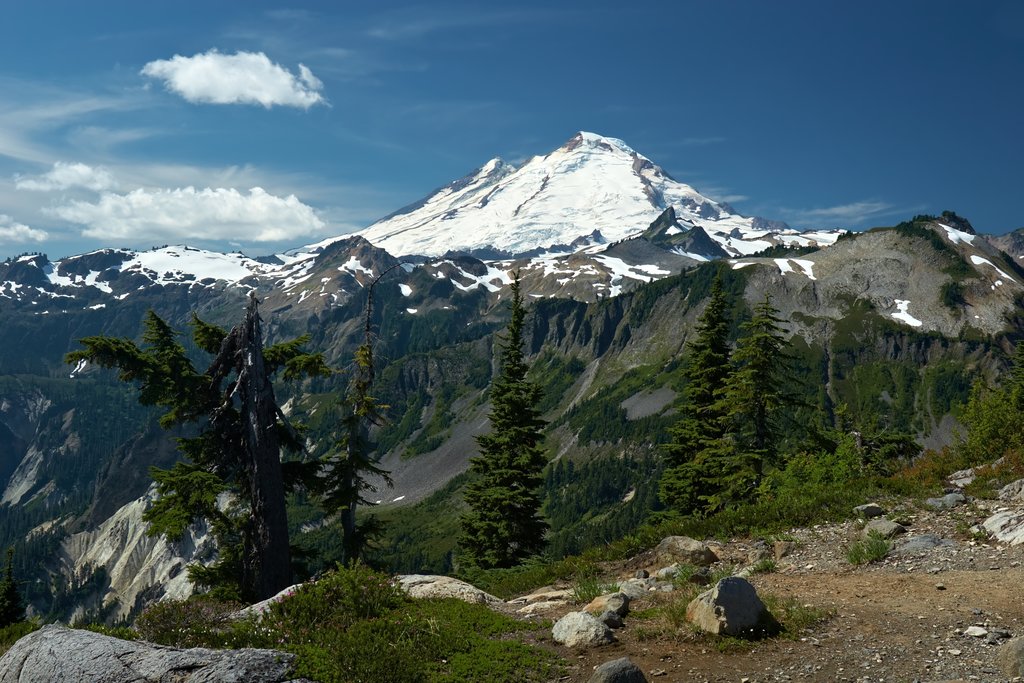 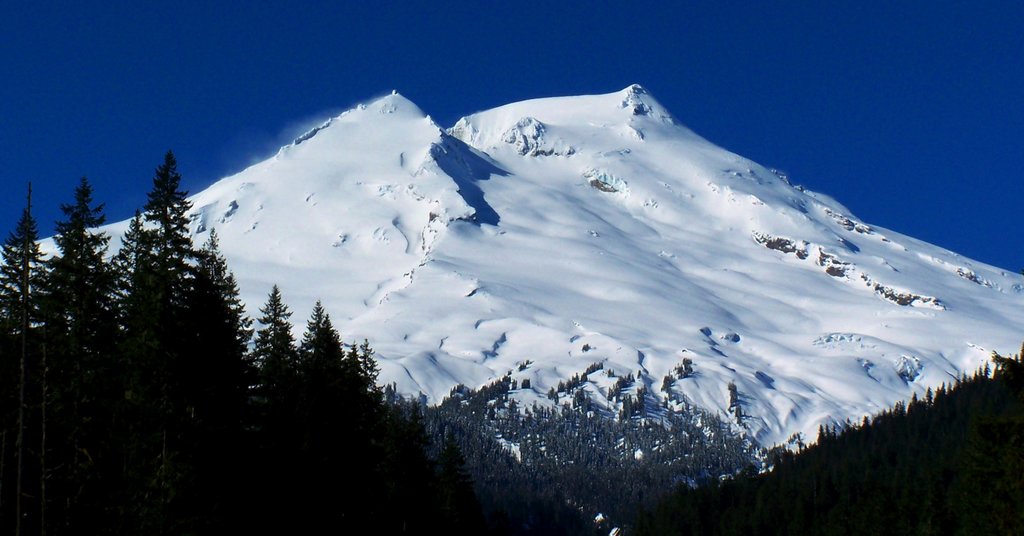 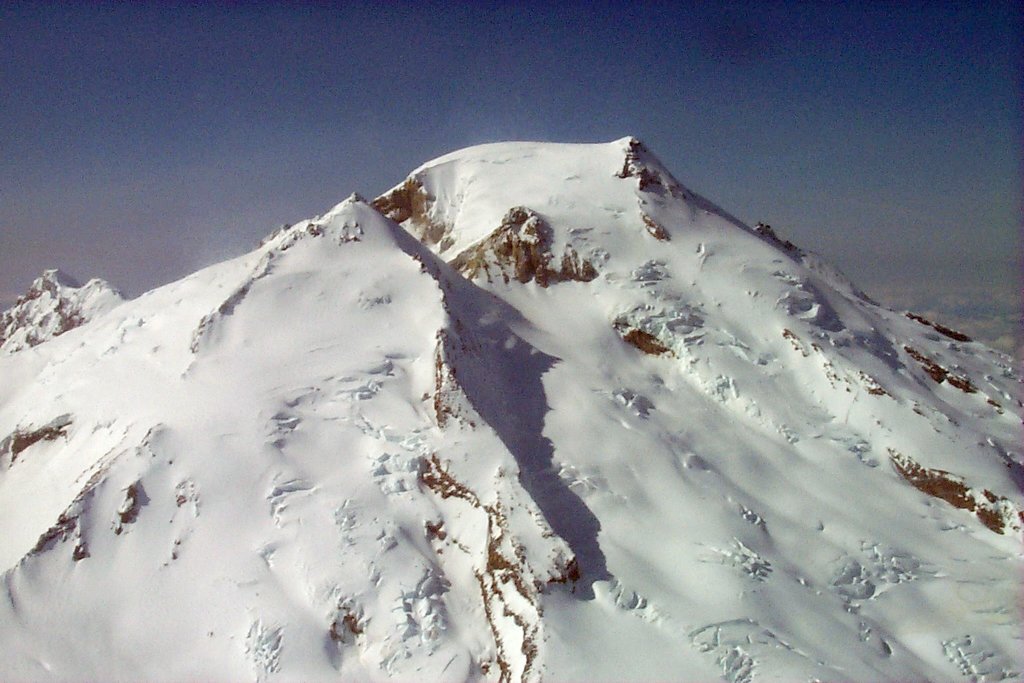 48.776111 N   -121.82 W
Nearest Higher Neighbor
Willis Wall - 212.2 km S
El: 3 373 m / Prom:
Check out a downloadable 3D model of Mount Baker area. A higher resolution model can be found in the PeakVisor mobile app.
Do you have photos of Mount Baker or know something about it? Please let us know!